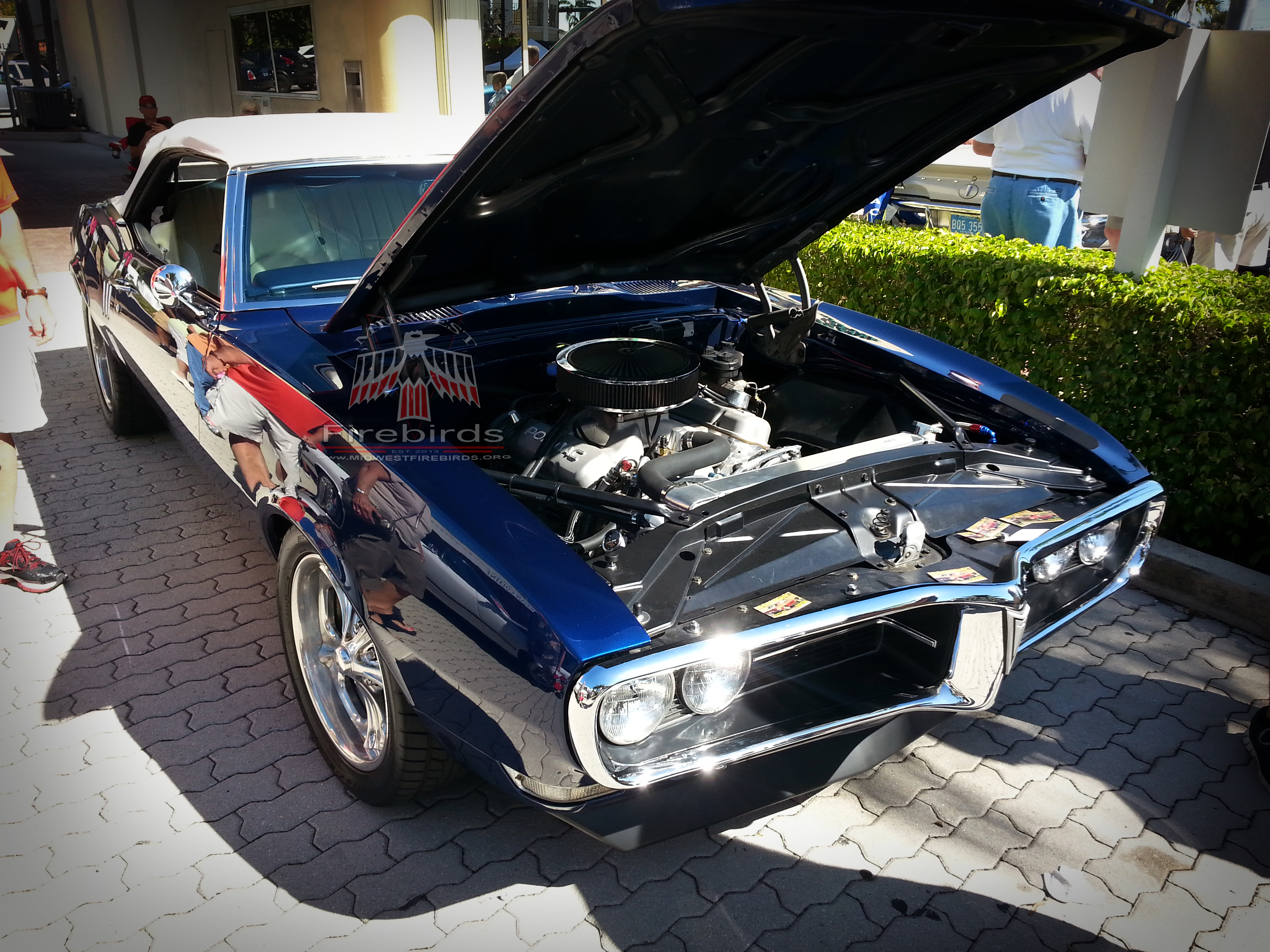 Winter continues to drag on here in the Midwest, driving many club members to seek some temporary refuge in warmer climates. George K. recently escaped to Naples, FL for some much needed time of fun in the sun. While in the Sunshine State, he attended the ‘Cars on 5th’ car show. The event is hosted by the Naples Chapter of the Ferrari Club of America and is now in it’s 10th year. It took place on February 15th on Fifth Avenue South, in Naples. Over 100 Ferraris were on display, along with the four-wheeled best of Lotus, Jaguar, Triumph, Bentley and Porsche. Scattered throughout the plethora of exquisite Italian machinery were some good old fashioned Detroit muscle bruisers. George passed along some photos of two Firebirds he found parked among the high-end European beauties.

The Naples Chapter of the Ferrari Club of America hosted the event. 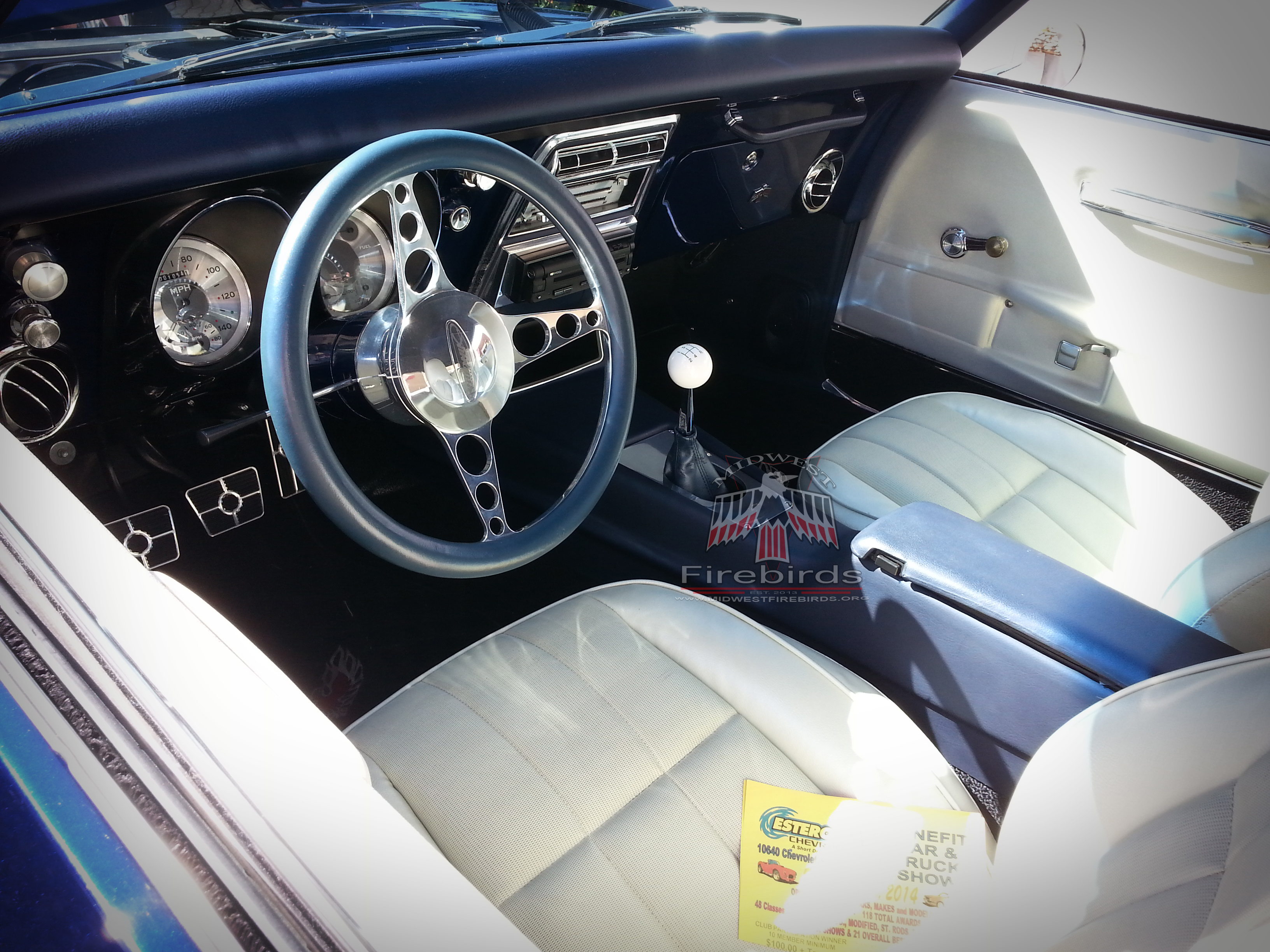 An aftermarket steering wheel and other polished accents dress up the interior of this ’68 coupe quite nicely. 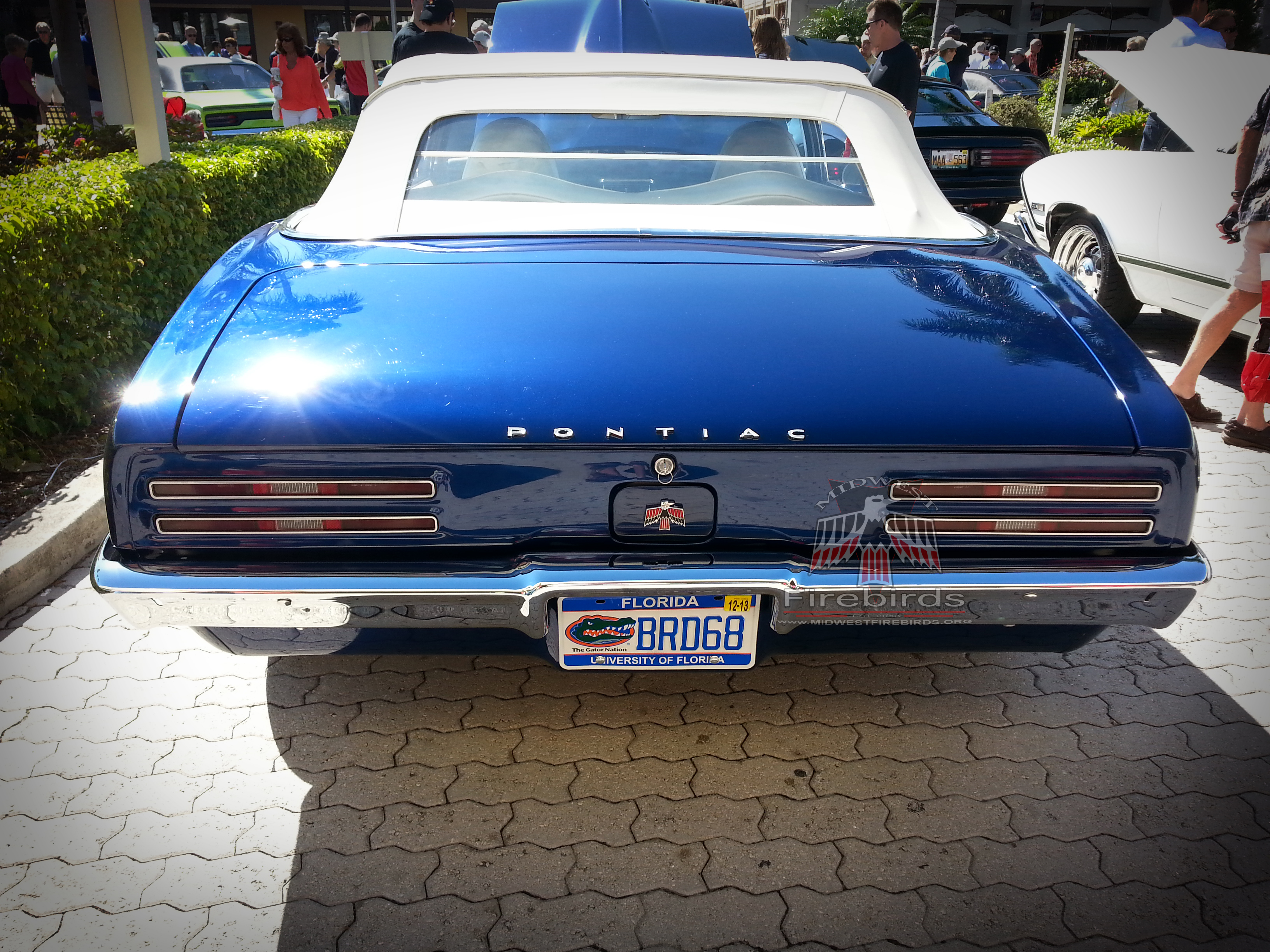 This 1968 Firebird convertible looked striking with blue paint and a white convertible top. 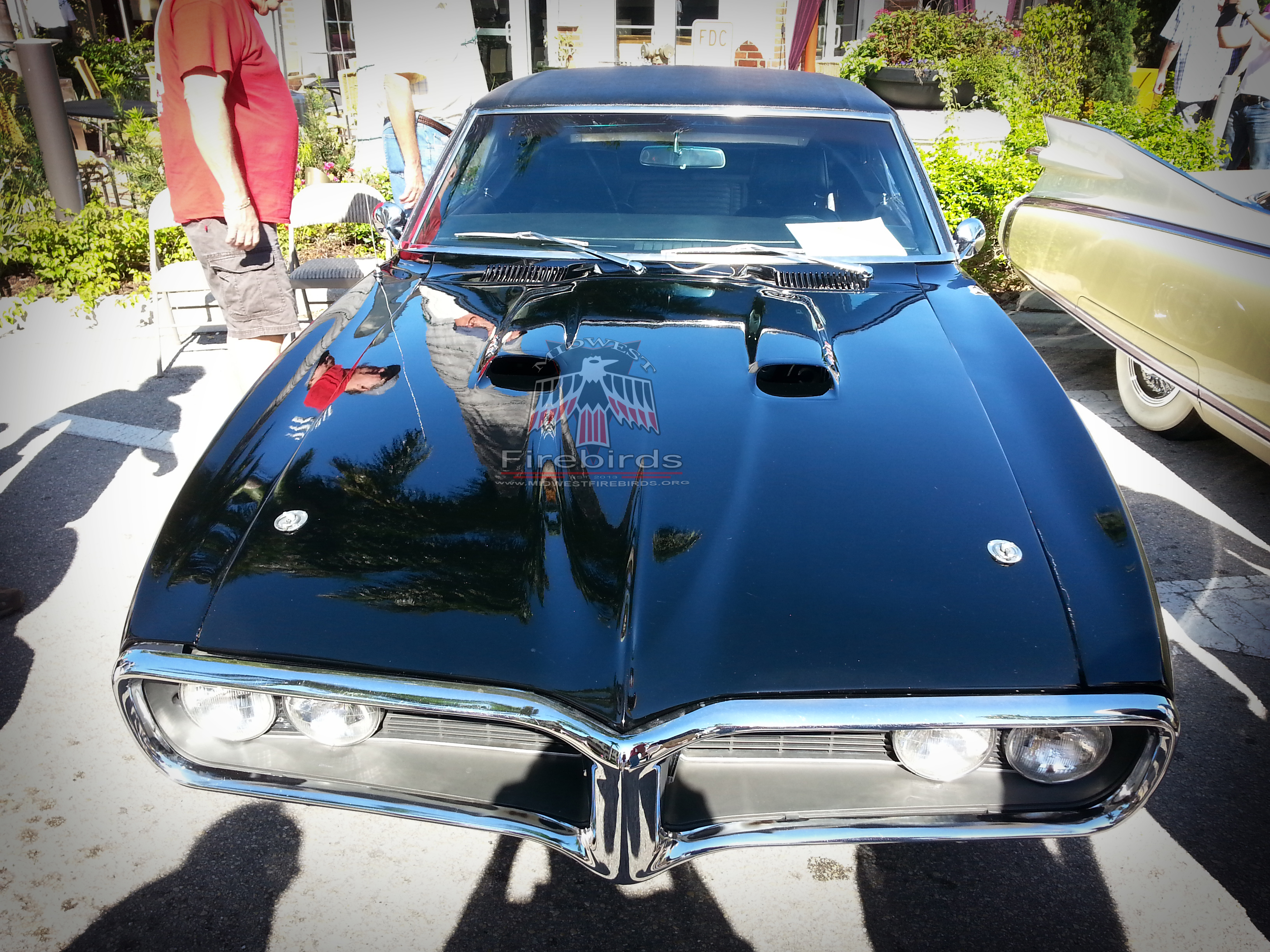 The car show displayed over 400 vehicles, including this black first-generation Firebird.