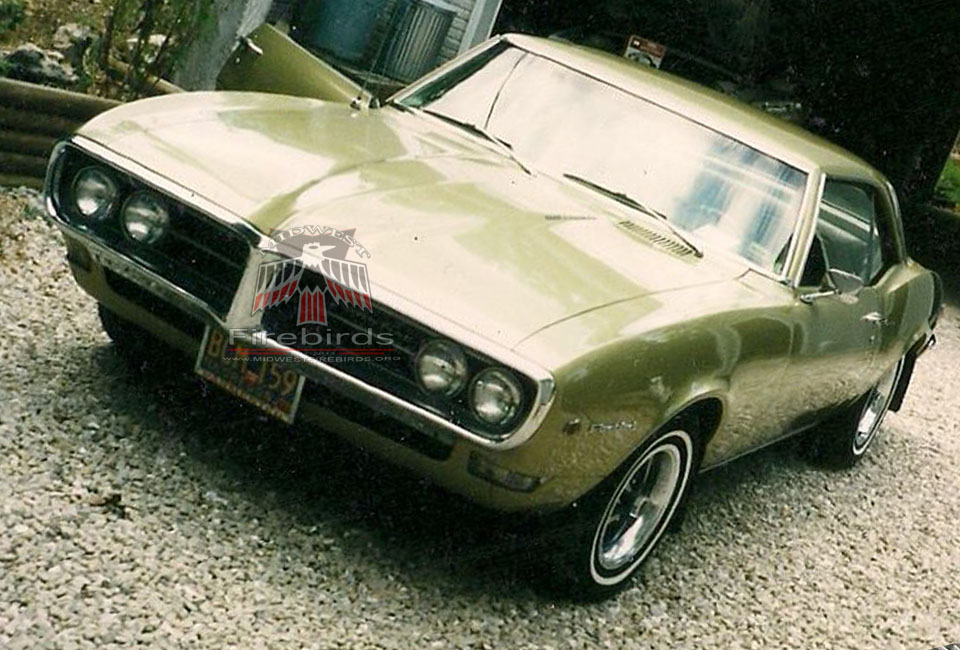 You never quite know when unexpected surprises will come your way. Mike Plewa was certainly caught off guard when he wandered onto a Missouri car dealer’s back lot in 1999 and came across a 1968 Pontiac Firebird. The vehicle was tucked in the way back. “It still had the license plates from ’69 and the original dealer plate frames,’ said Plewa. “I simply couldn’t believe it.” His incredulity went to a whole new level when he looked at the odometer and found only 30,000 miles staring back at him.”I asked the salesman if it was for sale,’ said Plewa. “He went and got the mechanic that owned it and purchased it new. He had just moved from Oregon to Missouri and had no place to store it.” It didn’t take long for Plewa to negotiate a deal and plunk down the necessary cash to secure his rolling prize. The newly-minted second owner then learned more about the vehicle’s history. The low-mile Pontiac was sold new at Parmenter Pontiac, in Eugene, OR and still wore it’s original paint and untouched interior. Underhood is an OHC six-cylinder with a three-speed transmission on the column. The engine has an aluminum four-barrel manifold and what Plewa believes are a factory set of headers with true dual exhaust. Plewa has made some deviations from stock including replacing the steering wheel, wheels and stereo. Over the years he was replaced the timing belt and with the engine apart, he made the decision to have the cylinder head redone. “It is a very solid car that rides extremely well. I am a Pontiac nut and always will be.” Plewa’s Pontiac passion doesn’t just stop with Firebirds; he is an admin for the Poncho Post and also owns  a ’67 GTO with 28,000 original miles and a ’76 Lemans Sport Coupe with 41,759 miles. 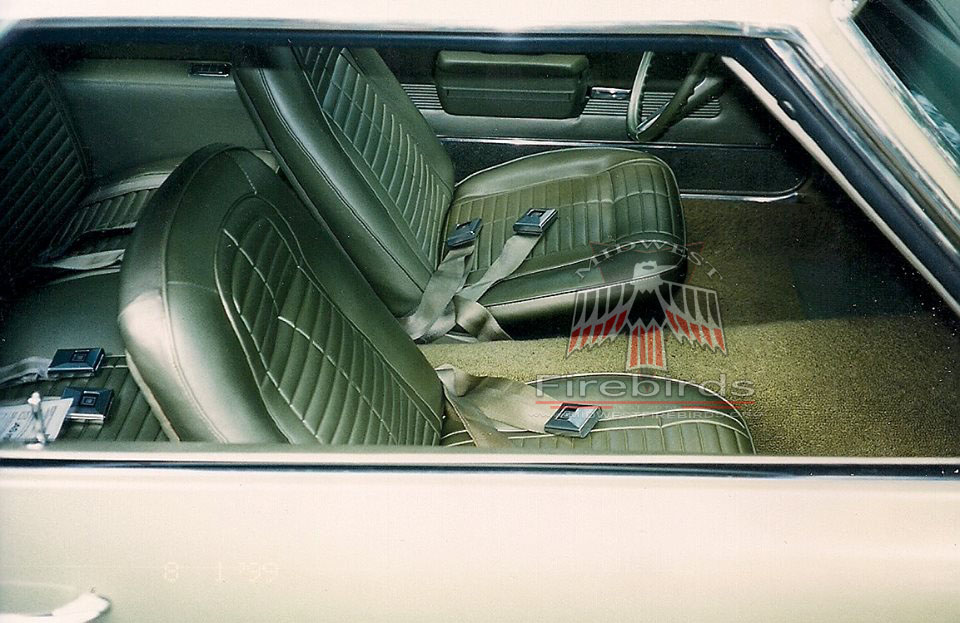 The interior retains the original upholstery and carpeting. 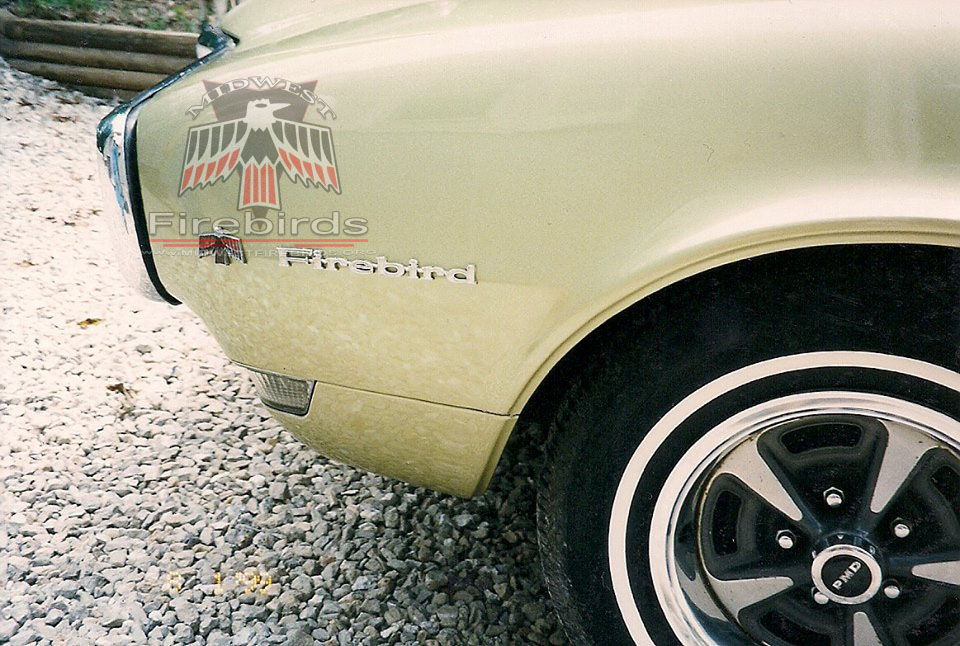 The ’68 Firebird was found in Missouri. 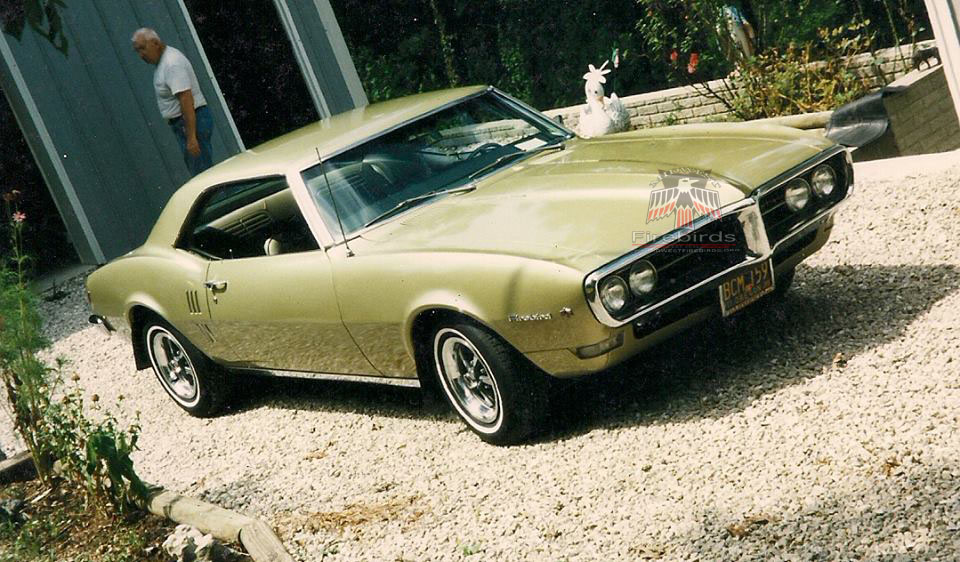 The coupe was sold new in Oregon. 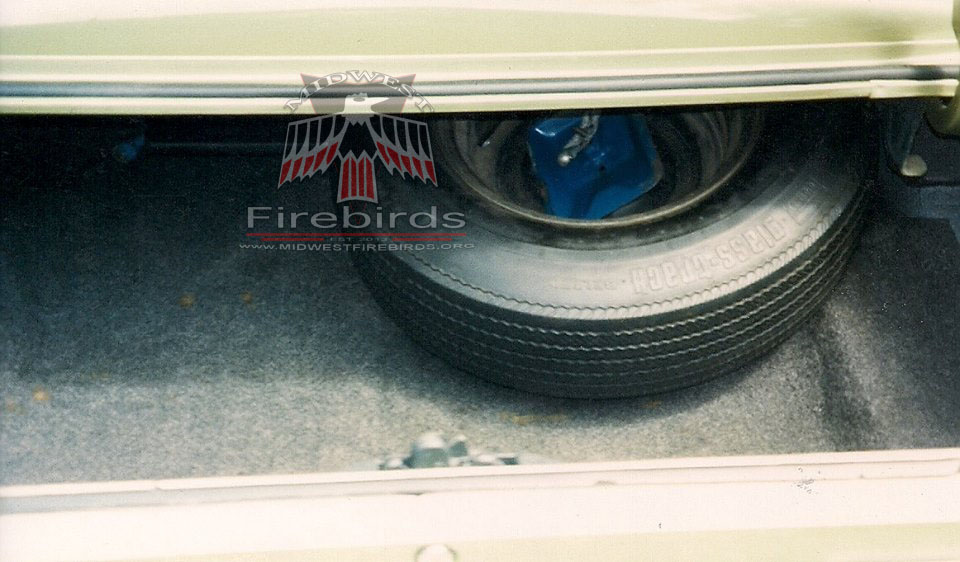 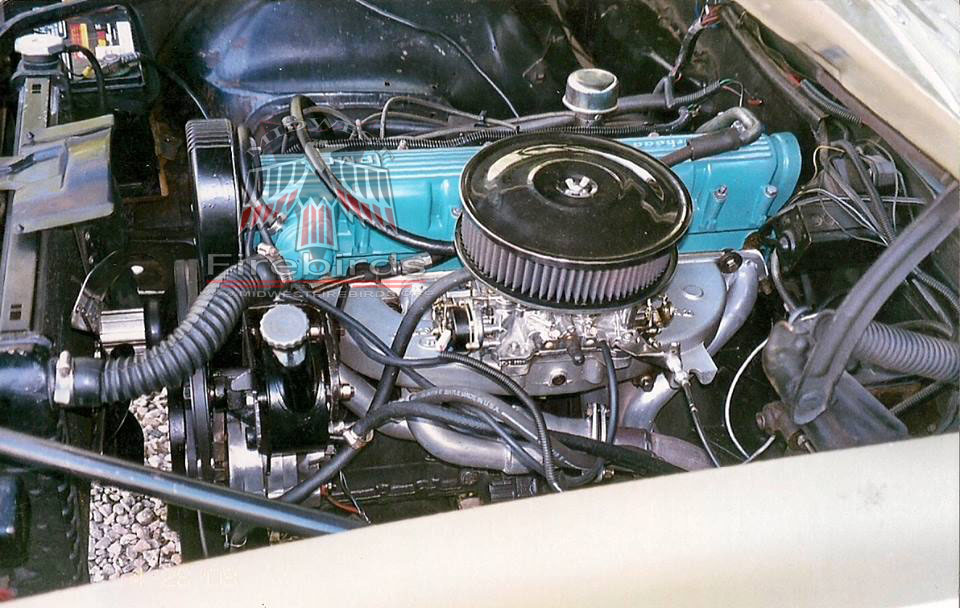 A OHC six-cylinder engine resides in the engine compartment. 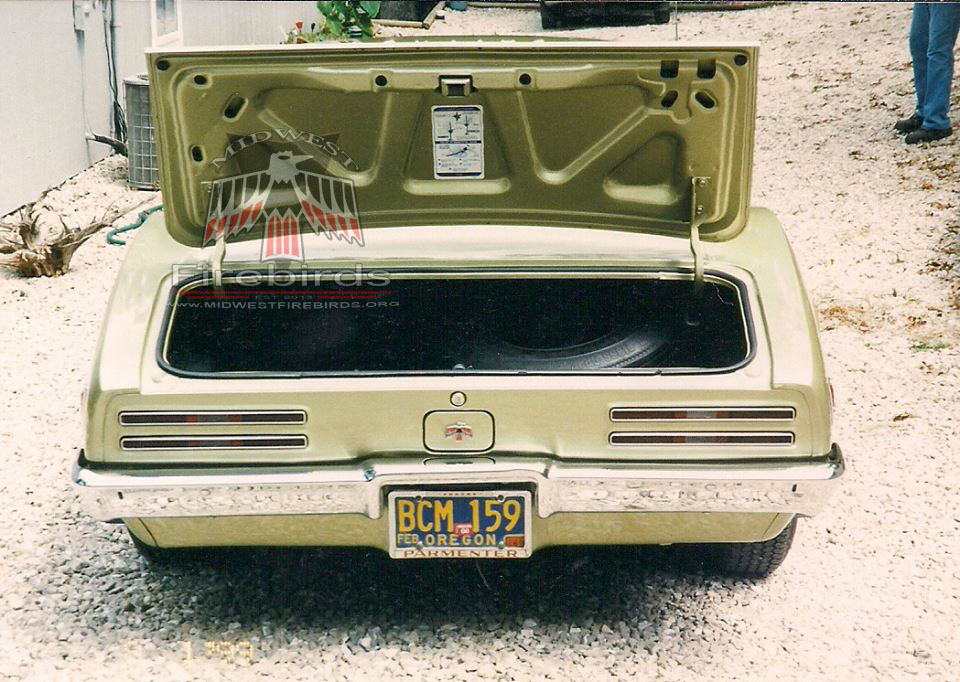 The vehicle had 1969 plates and original dealer plate frame. 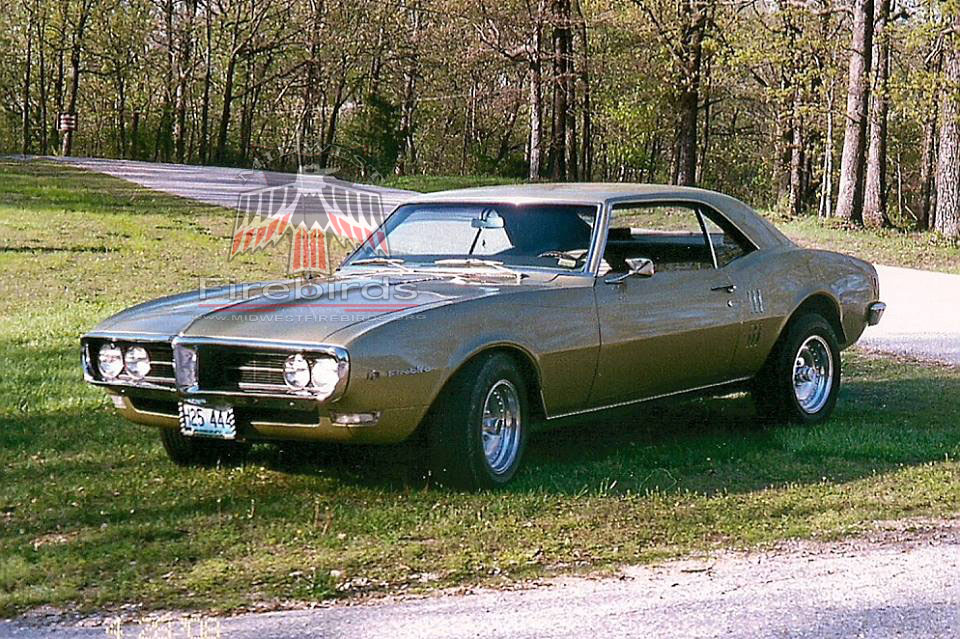 Plewa swapped out the factory wheels. 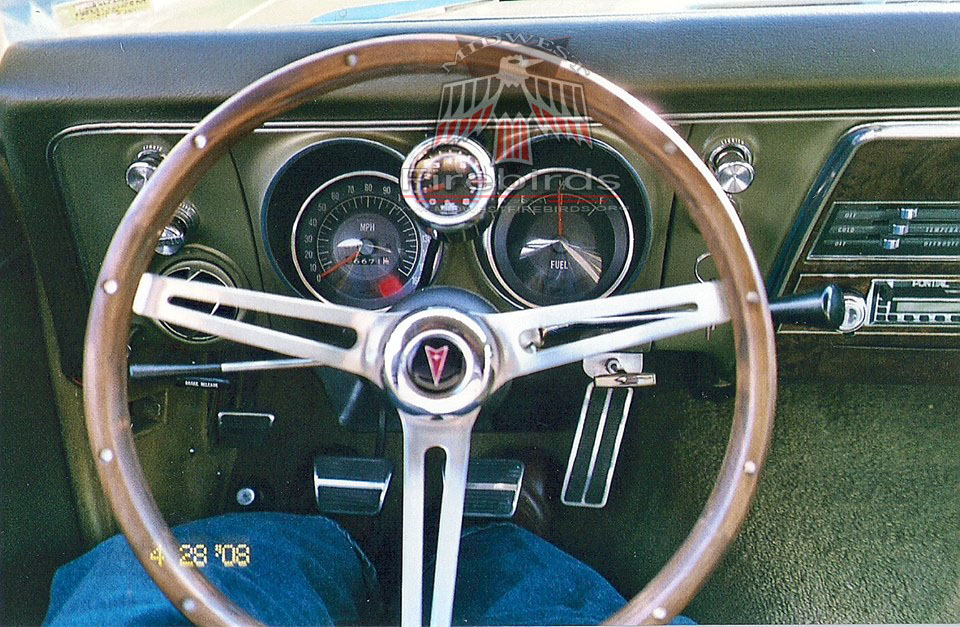 The factory steering wheel was swapped for a wood unit. An additional gauge was mounted on the column. 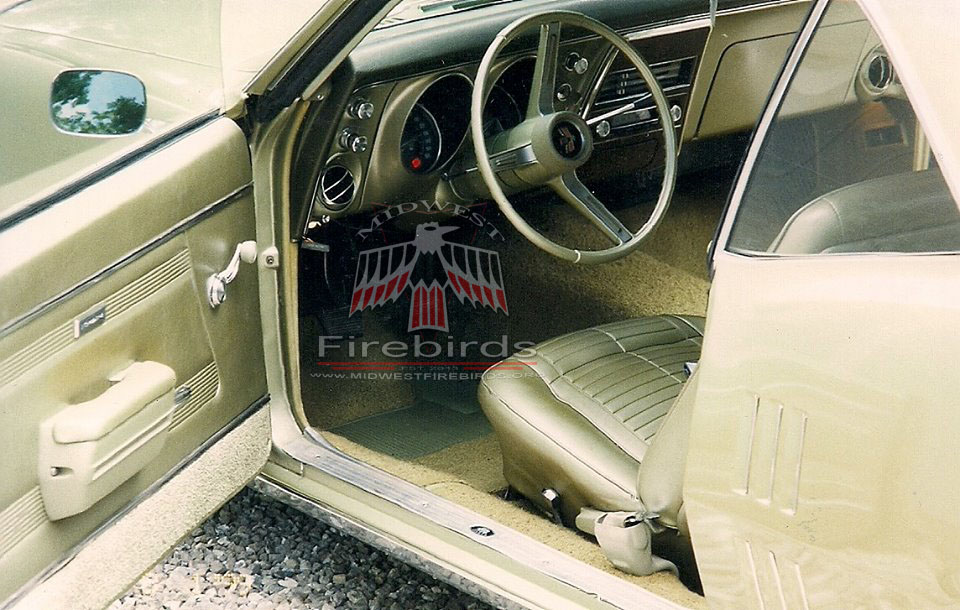 The interior is neat and ultra-presentable.

A badge hints at the unusual powerplant. 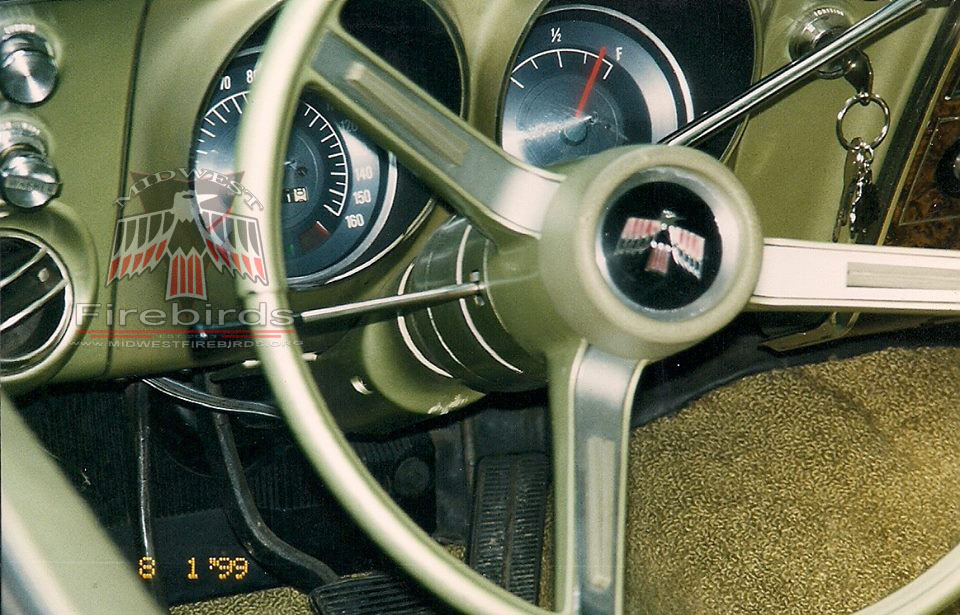 When Plewa purchased the vehicle, 30,000 miles showed on the odometer

Plewa is the second owner of the Firebird. 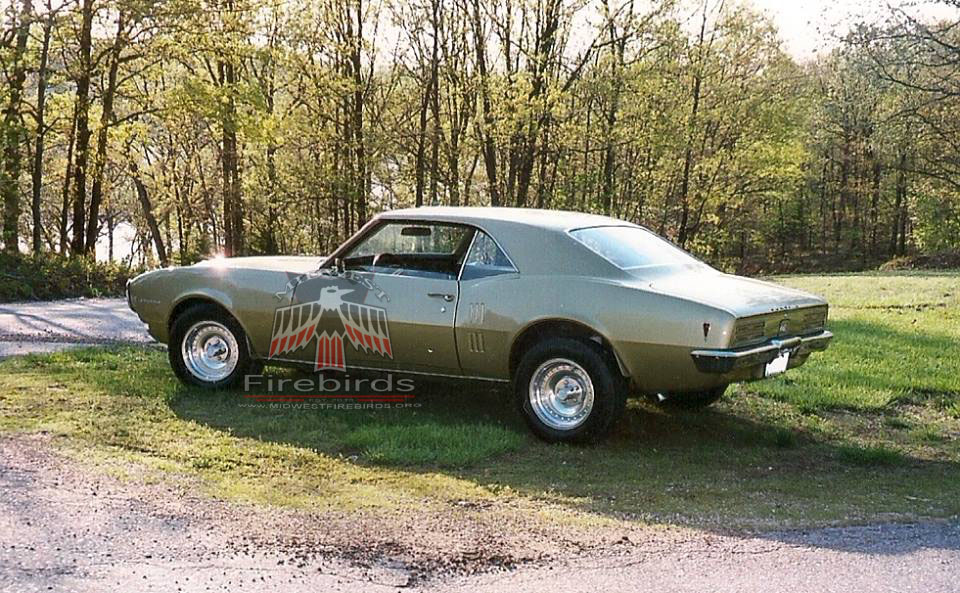 Plewa hasn’t made any modifications to the exterior of his ‘bird. 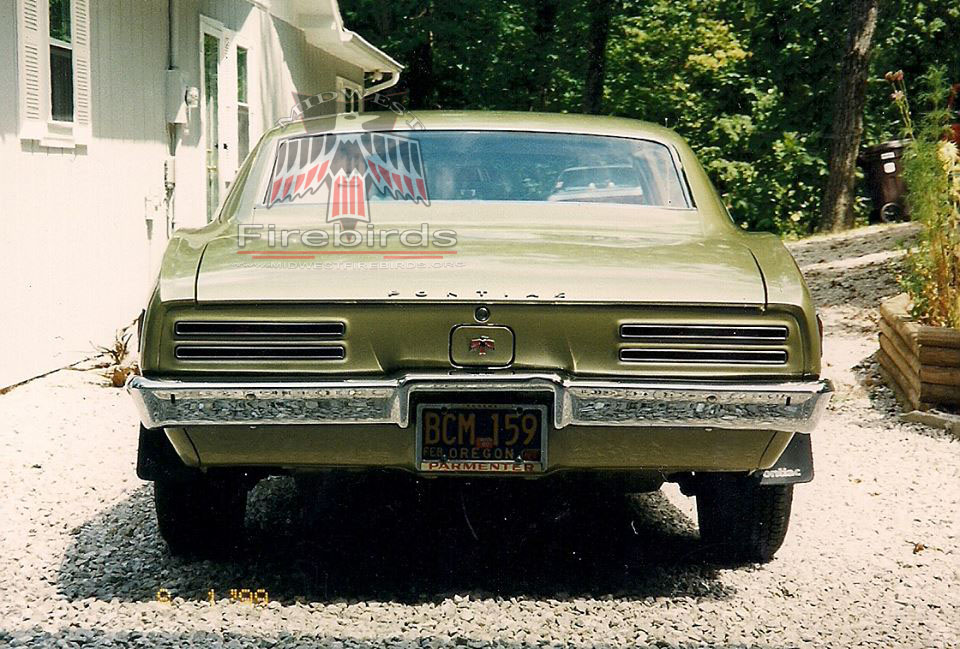 A mechanic from Oregon purchased the vehicle new. 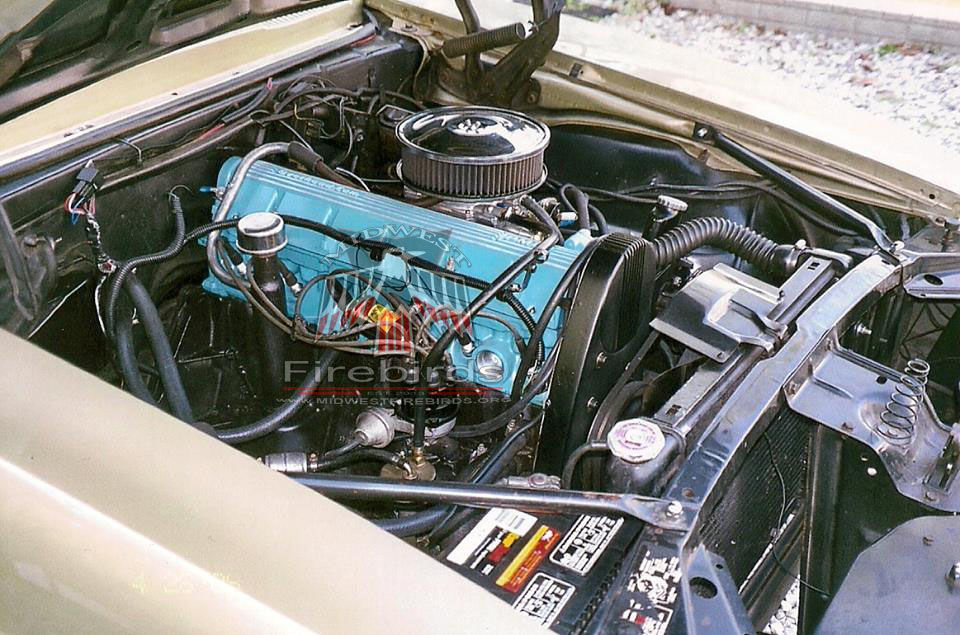 The unusual engine catches attention whenever the hood is open.