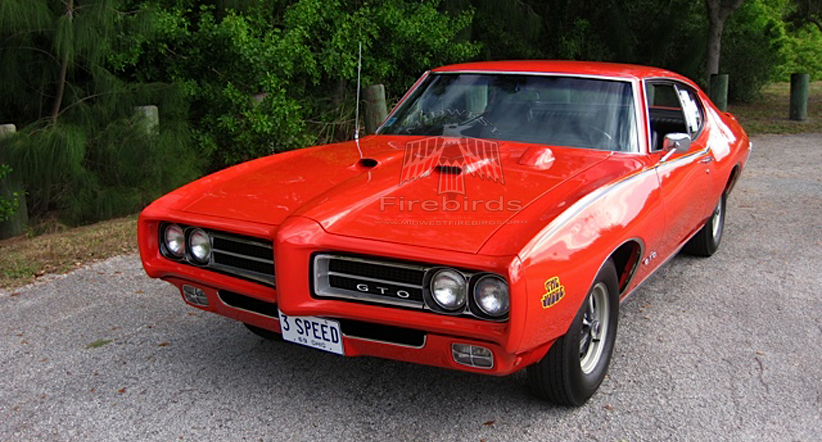 When he’s not cruising with the club in his 1969 Trans Am, member Scott S. is busy with his other Pontiacs.  Today, his 1969 Carousel Red GTO Judge took first place, Best of Class at the Antique Automobile Club of America sanctioned car show in Vero Beach Florida.  This car is a Ram Air III, with a rare three speed manual transmission. The competition was tough and he told us he was surprised to find out he took first out of 40 beautiful cars that were registered for judging in its class.  In second place was a 1969, 428 fully restored Mach 1 Mustang and an amazing 1969 Hearst / Olds Cutlass took third.Scott said he has owned the car for nine years, and thanked the people at Tri-Power in Libertyville for their meticulous work on his restoration. 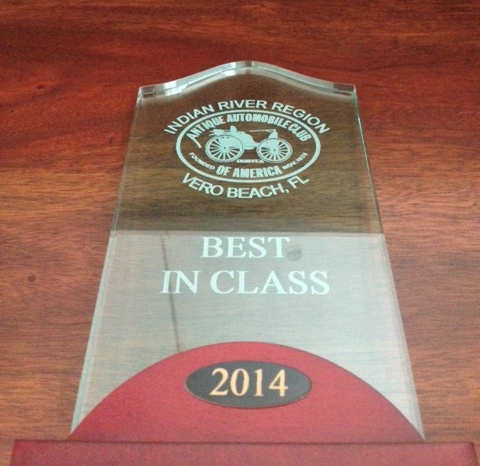 The award will look great in Scott’s trophy case!