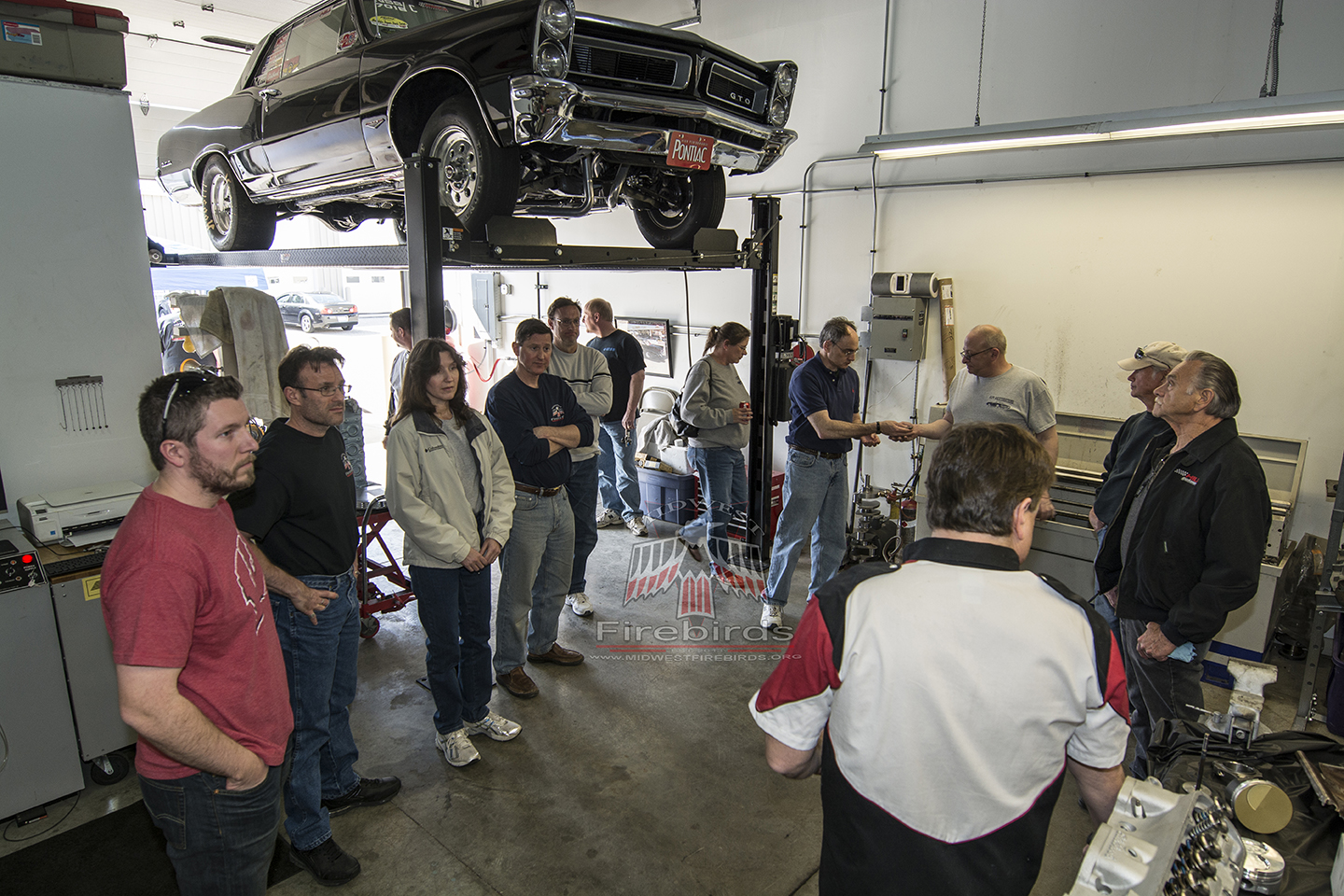 Calvin Hill talks to our members about different ways they get more horse power out of Pontiac engines. 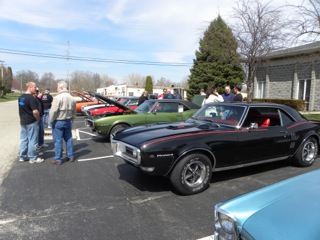 We started our tours at RM Restorations in Lakemoor, Illinois on this beautiful, sunny Saturday. 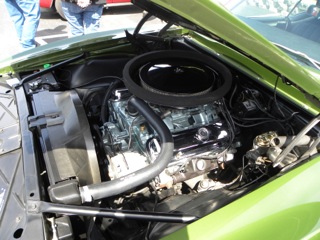 A close-up of Chet’s Ram Air 400 engine. This show-winner was featured earlier in the year on our web-site, and he is the original owner! 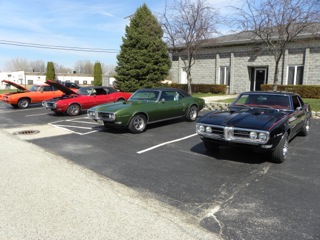 We couldn’t help but admire the three beautiful 1968 Firebirds that our members brought, along with shop owner Ron’s GTO’s. 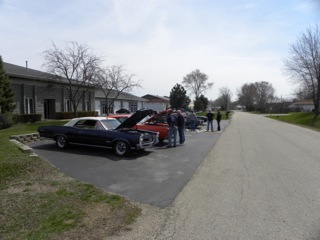 It was like a private Pontiac car show outside! 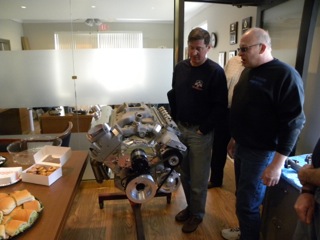 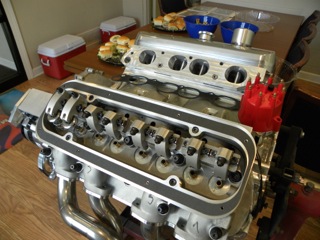 Notice the custom roller rocker arms and custom built headers on this “money is no object” Ram Air V engine.  It will be the power plant for the 1969 convertible. 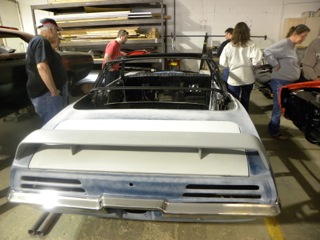 Inside the shop we were able to see the ’69 Convertible that will be powered by the Ram Air V engine. The front and rear suspension were already added, along with some nifty custom work on the rear bumper. 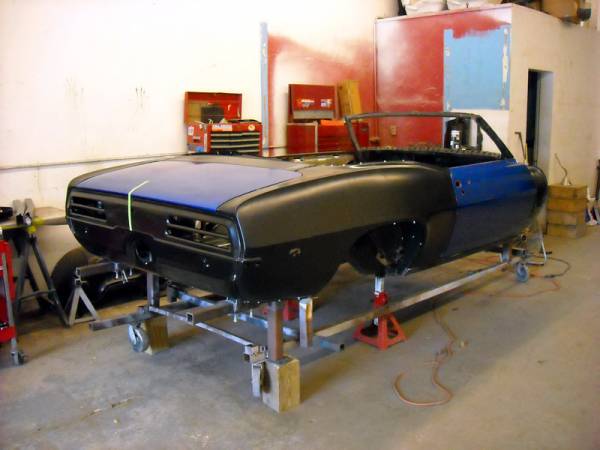 The same Firebird right after some of the body panels were installed. When finished, it will look like a convertible Trans Am. 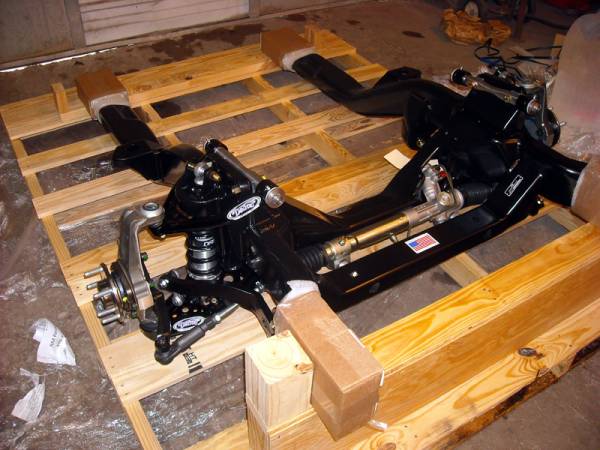 Here’s the modern Detroit Speed front suspension before it was installed. 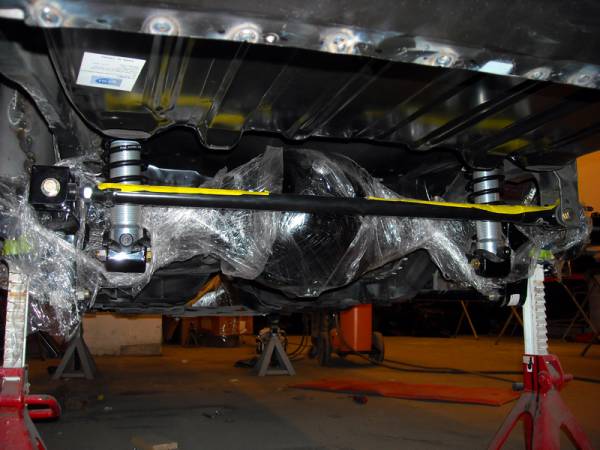 Ron also used a Detroit Speed Quadra Link rear suspension with a Ford 9″ rear end – a Tremec T56, manual transmission will be installed later. This bird is built for speed! 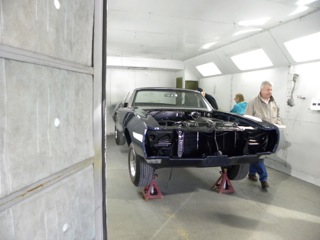 We admired this beautiful 68 GTO in the paint booth. This is a custom color, Admiralty Blue and looked like a million bucks!

Our next stop was just down the road to Hill Performance, an engine building and custom speed shop. 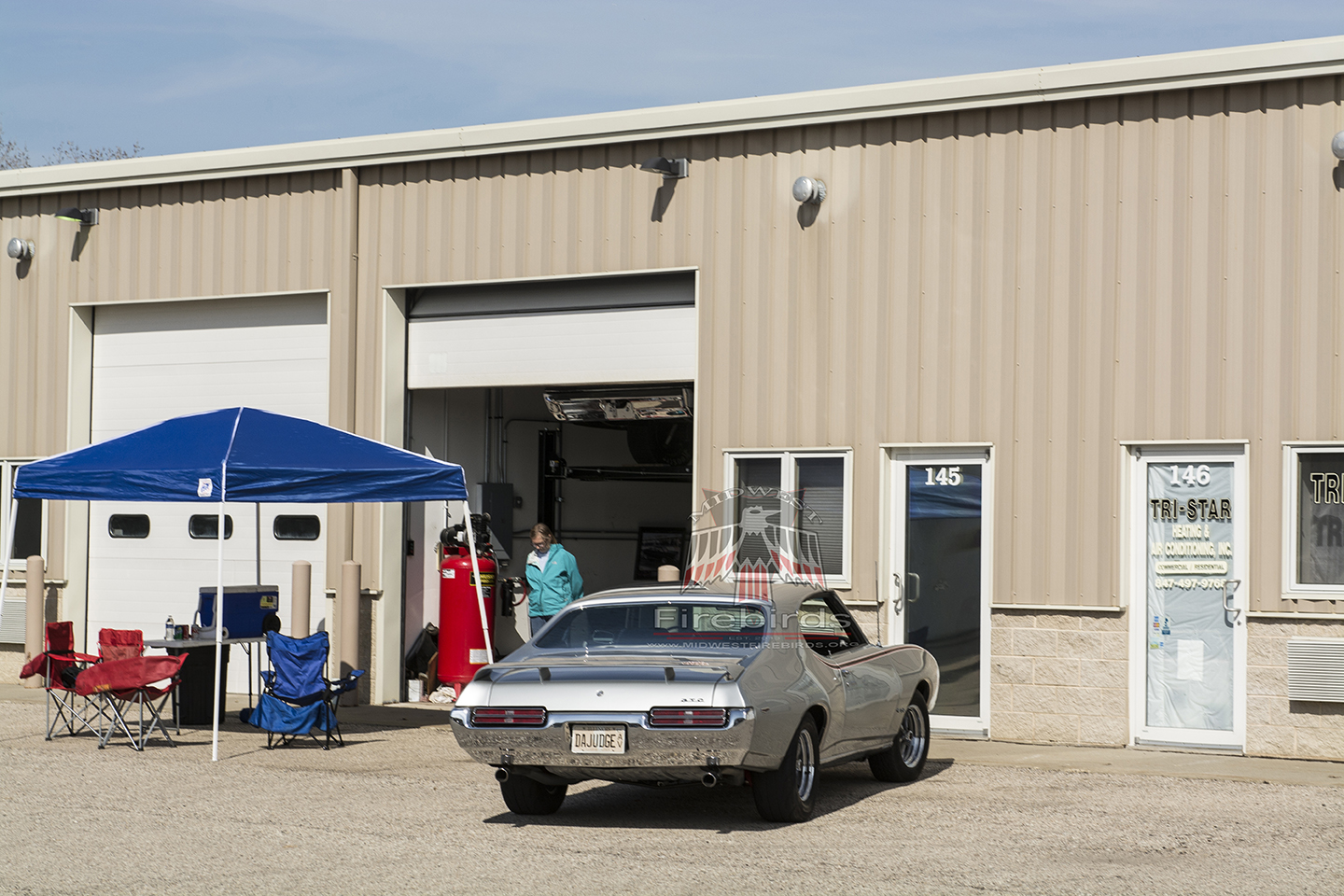 Check out this GTO Judge, just outside of Hill Performance. 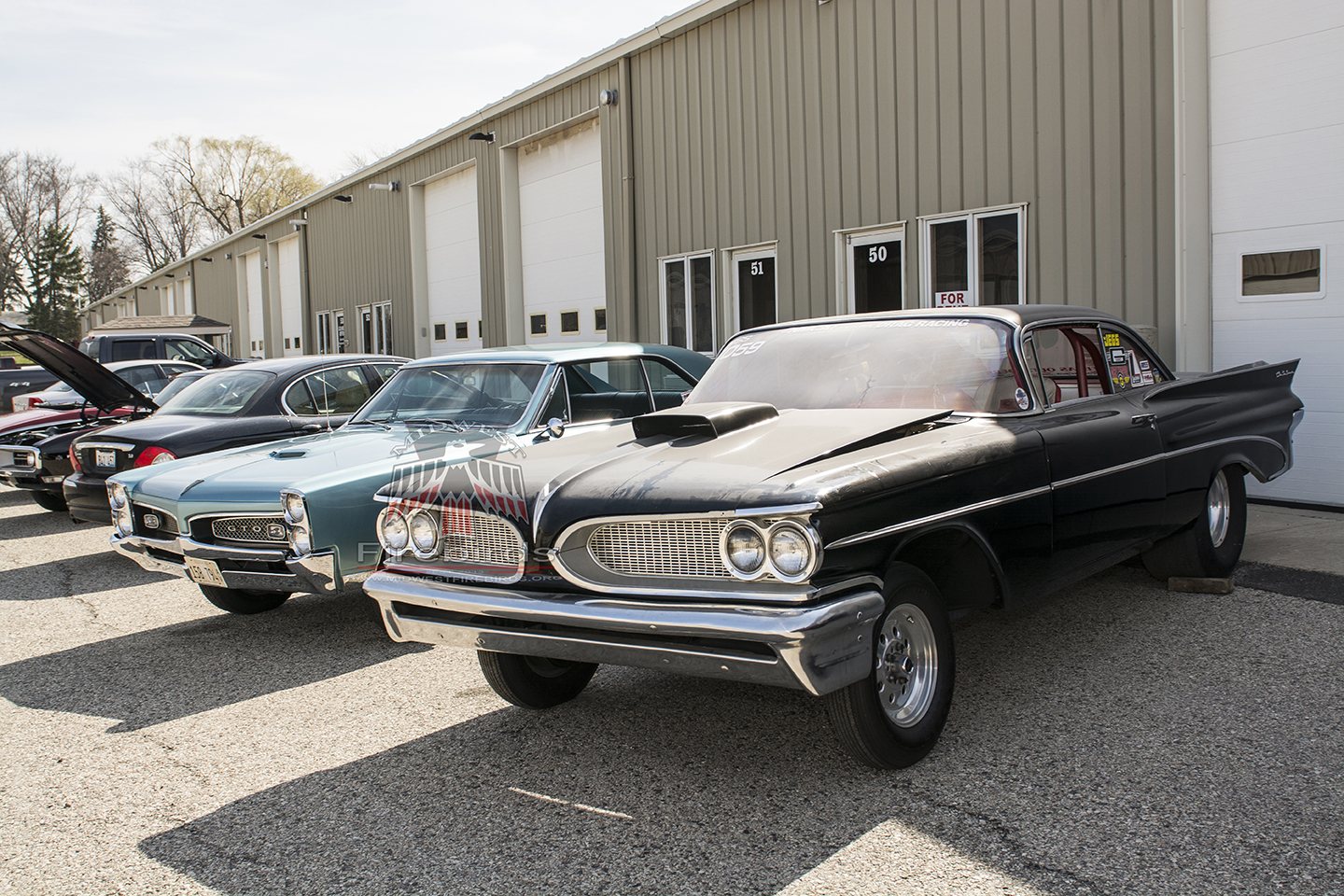 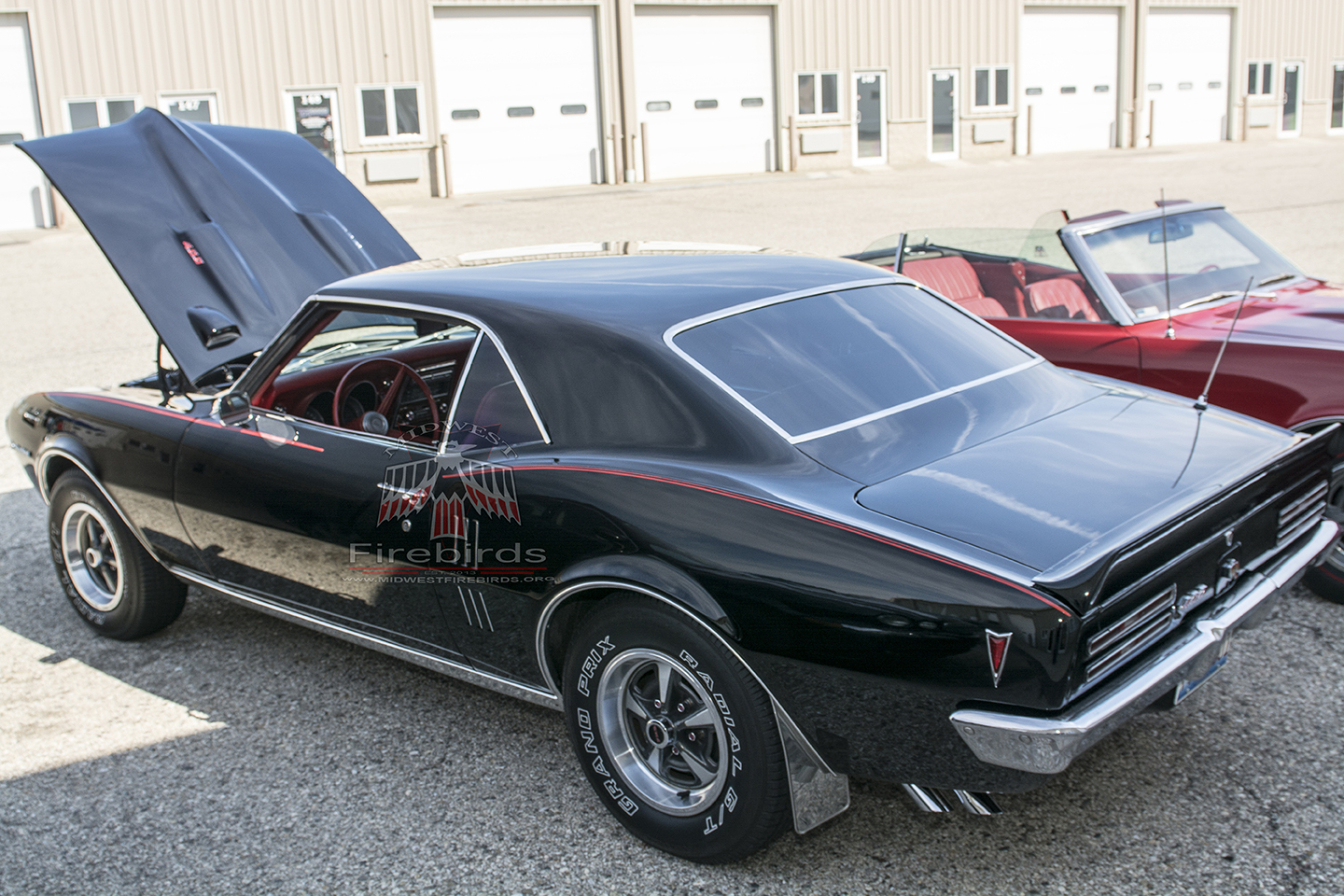 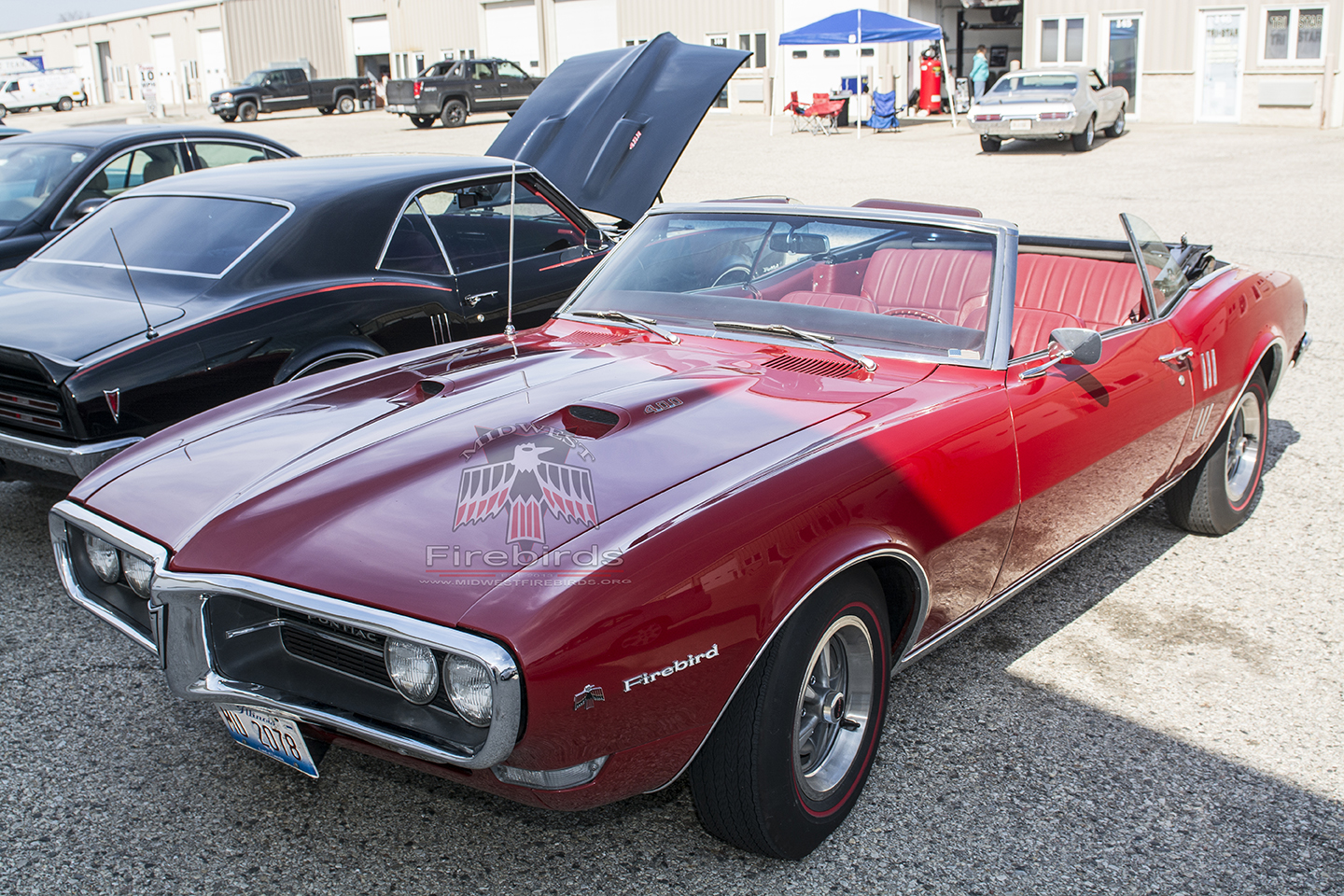 Jim and Phil’s birds side-by side. This convertible has been with Jim for about 45 years. We did a prior post on Jim’s convertible a few month’s ago.

A special “Thank You” to Ron Moller and Calvin Hill for their gracious hospitality and knowledge shared with our club!