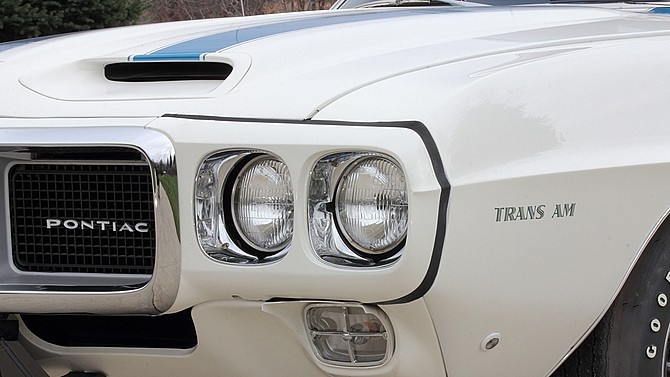 Last week it seemed half the collector car world was glued to the Barrett-Jackson auction in Phoenix Arizona, while the other half was watching the Mecum auction in Kissimmee Florida at the opposite end of the country.  We were thankful to have members at both shows reporting back to us their first-hand accounts of the gorgeous cars they saw for sale.  Once again, our member Scott, attended the largest Mecum auction of the year in Kissimmee, and here is his story of some great first gen Firebirds he spotted: 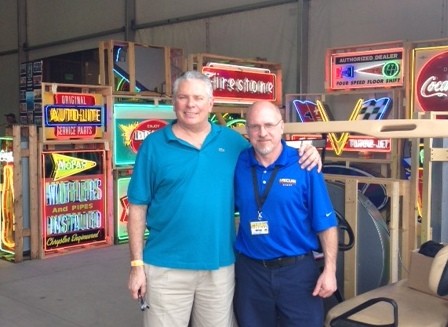 Scott and Mike Ardito. Mike has left Tri Power and has gone to work for Dana Mecum. He’s in charge of ensuring all the cars are prepared and ready for auction.

“I attended the Mecum auction in Kissimmee last week and saw some interesting first generation Firebirds.  A rare sight was to see two 1969 Trans Ams cross the auction block.  Both were beautiful cars. The first one was a car from the Macchia Collection. It was a four speed with blue interior, nicely optioned. I think the buyer got a great deal on it at $70,000.” 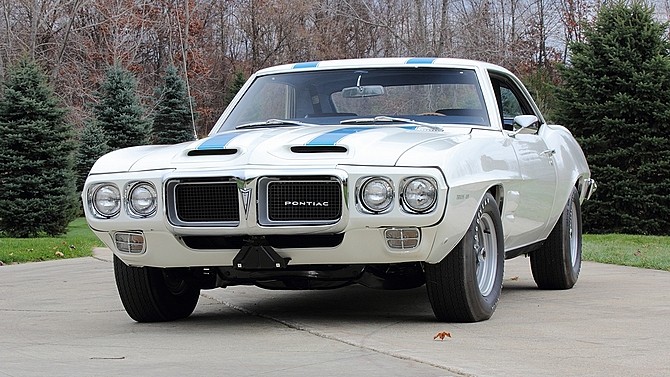 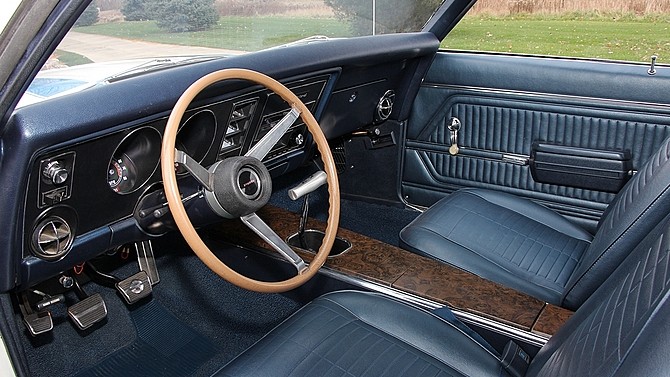 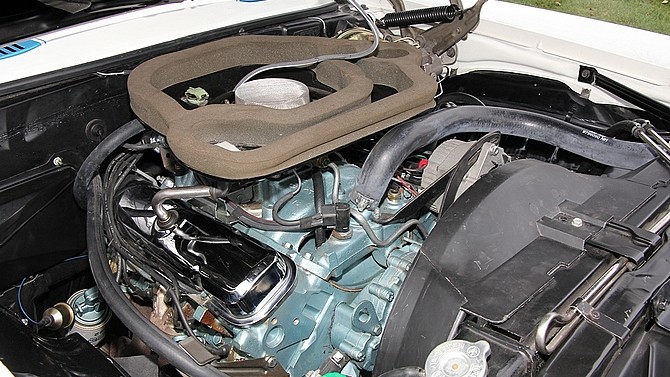 “The second TA was a little more exciting. It was a last week of production car, with original belts, hoses, rotor , and plugs. It was found in a barn where it it had been sitting since 1988. The car has 35,000 original miles. For whatever reason, the owner decided to strip the paint and have the car repainted. I believe I would have left it in its original condition. It’s sold for $108,000. The pre-auction estimate on the car was $125,000-$175,000. I believe the repaint hurt the sale price.” 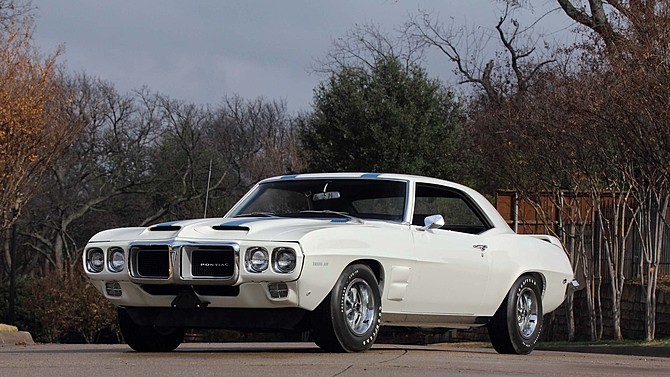 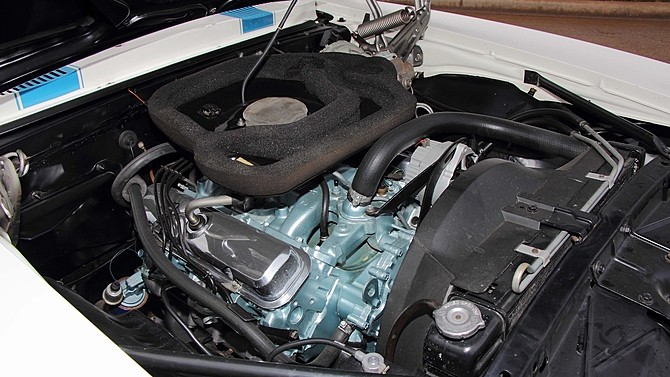 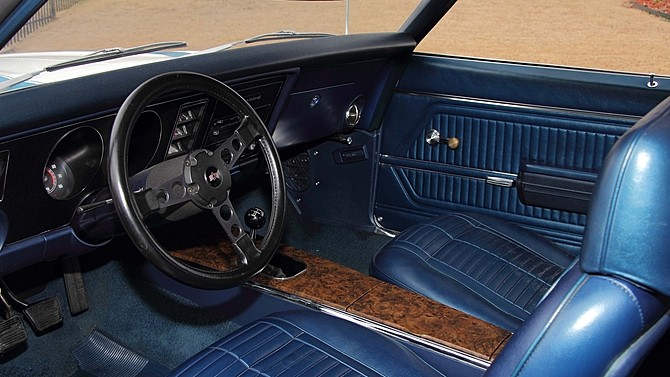 “All that being said, my favorite car was a 69 Blue RA III, 4 speed convertible.  Highly documented, and a very rare car. This car is equipped identical to a Trans Am convertible.  I have only seen two other cars equipped in this configuration both owned by two of our Midwest Firebirds members, Dave and Rob.   A very, very rare car indeed!  This car was bid up to $77,000 but did not sell.  It was a rotisserie restoration.”  Ken added:  “Comments on our Facebook page from others that saw the car in person was how amazing it was.  In my opinion, this one is worth more than $100,000.” 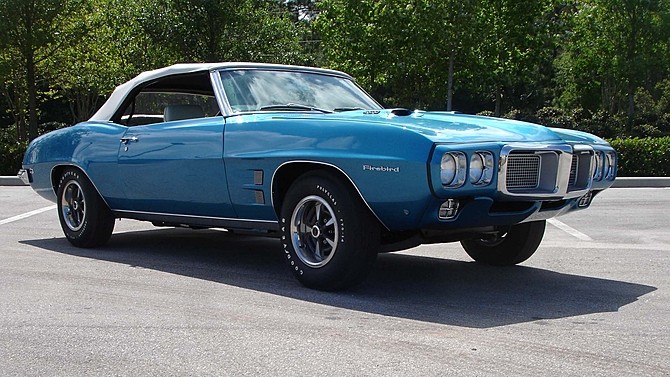 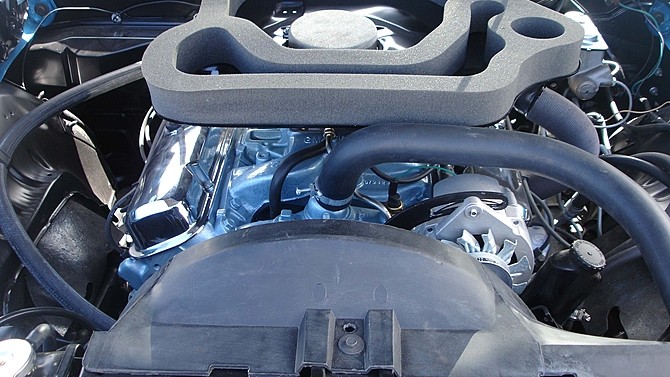 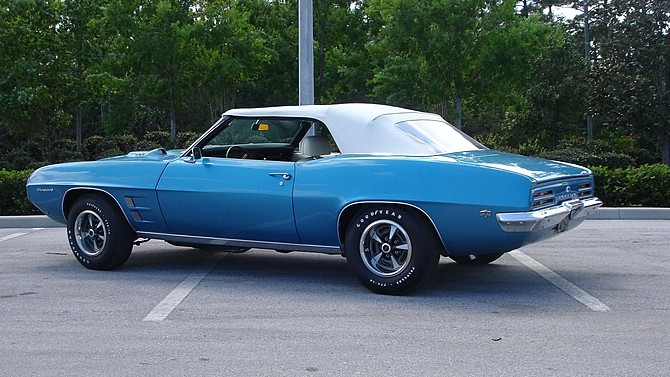 “There was also a 69 trans am replica at the auction. It was extremely well done, with the exception of having an original RA IV engine. None of the eight convertibles have a RA IV engine. All were RA III’s. Apparently, there was some confusion when this car crossed the block on television. It was stated that the car had PHS, which led some viewers to believe that it was an original Trans Am convertible. On the floor, the car was represented as a 1969 Pontiac Firebird convertible. No reference was made to it as a T/A clone.  The car was bid up to $65,000. The seller wanted 75,000. Very interesting, considering a real Trans Am hardtop sold the next day for $70,000.” 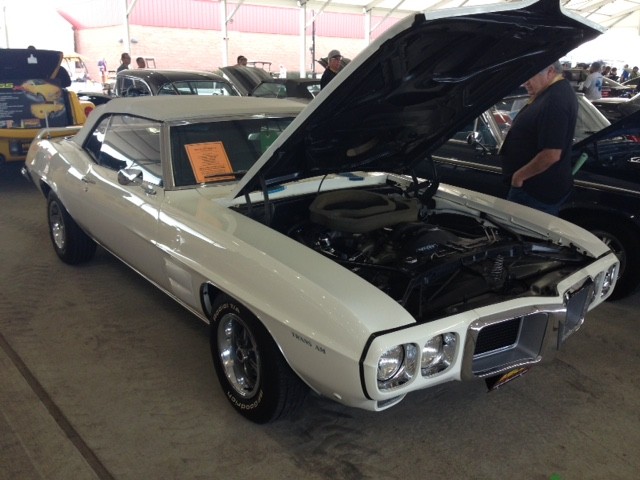 “There were over 3000 cars at the auction. It was very well attended, and there were some tremendous bargains to be found. The Chevrolet’s as usual, did well. I saw more Resto rods, resto mods, and street rods then I have at any other auction I’ve attended. It appears that some people are looking for the classic look, but want the reliability. As usual it was a great deal of fun, and I was happy to have the opportunity to attend.  Best Regards, Scott”

President Ken adds, “Our Club was also watching a handful of beautiful first gen Firebirds throughout the week at Mecum, and posting everyday on our Facebook page.  Here are a few of my favorites:” 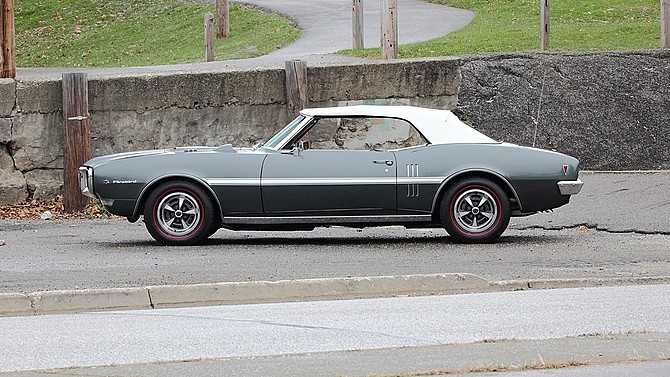 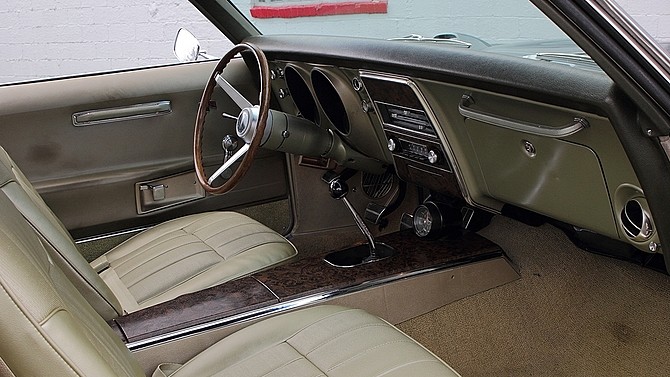 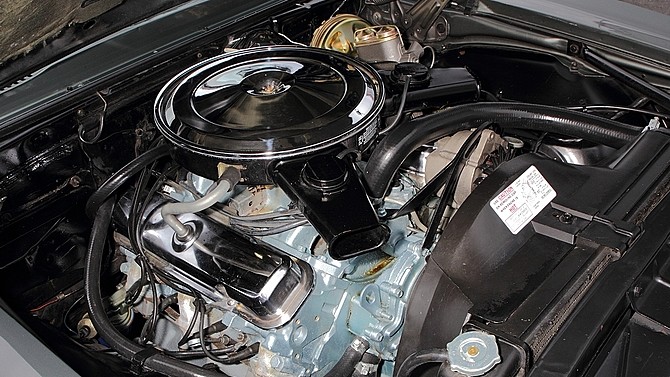 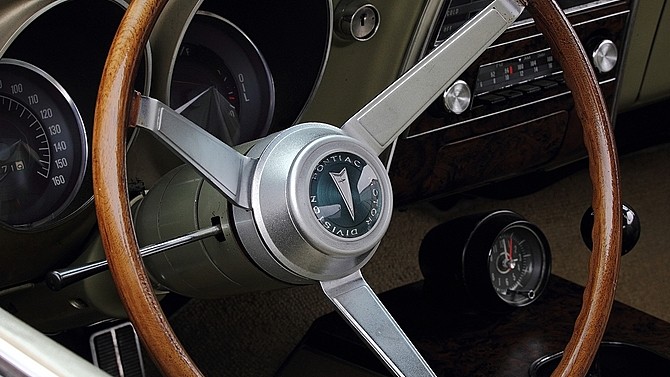 One that really caught our eye is this ’67 Plum Mist resto-mod, with 450 HP and some very comfy looking power seats. I like how subtlety they changed the car incorporating modern driving and comfort while keeping the integrity & look of the original.  The ram-air, air cleaner is a nice touch and the Tremic 5 speed and headers would make it so much fun to drive.  This one sold for $29,000. 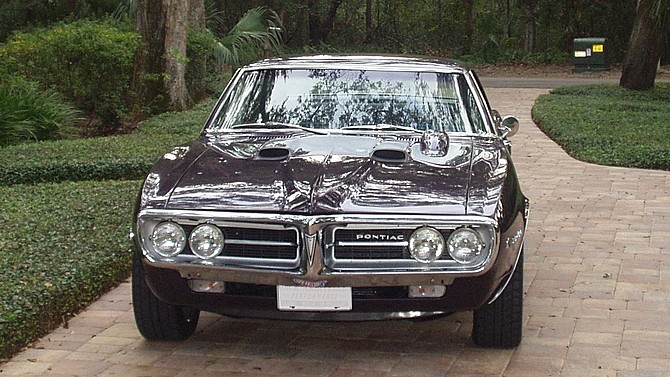 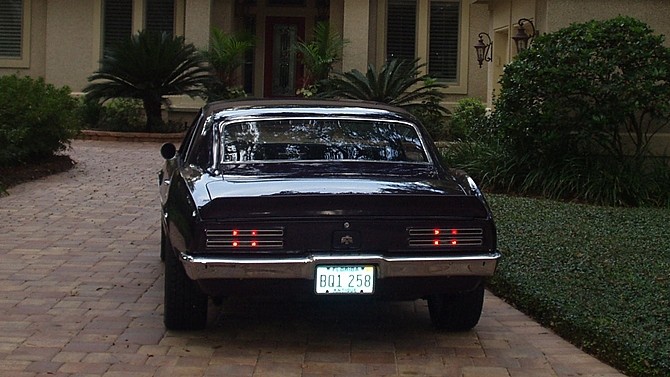 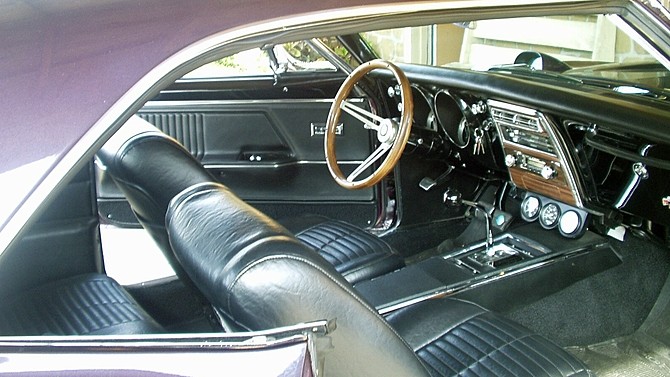 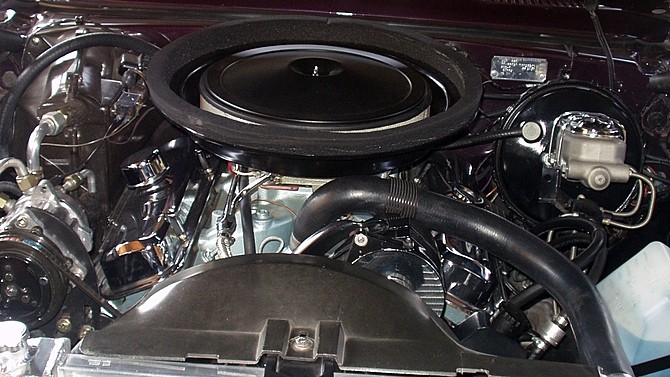 Sometimes you see a car that just looks great, is a nice clean car and will be a lot of fun for the new buyer.  This 1967 convertible 400 4-speed, Regimental Red, with black deluxe interior and black power top is just that.   It may not be a 100% correct, PHS restoration but it will be a wonderful car to drive and own.  It sold on Wednesday for $28,000. 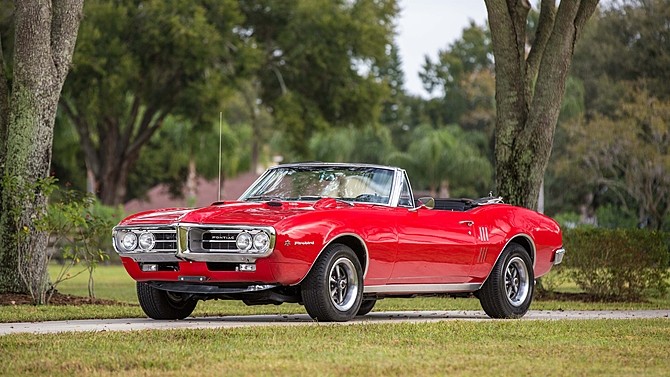 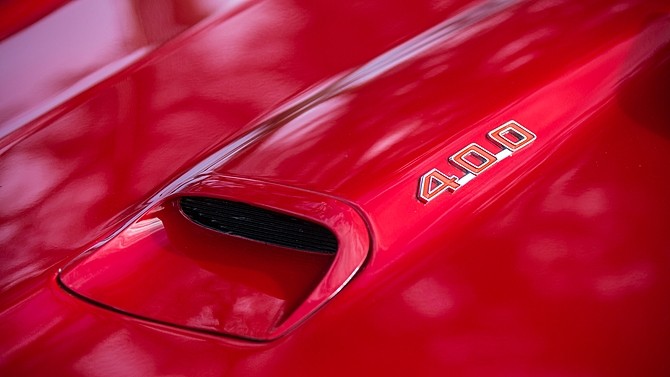 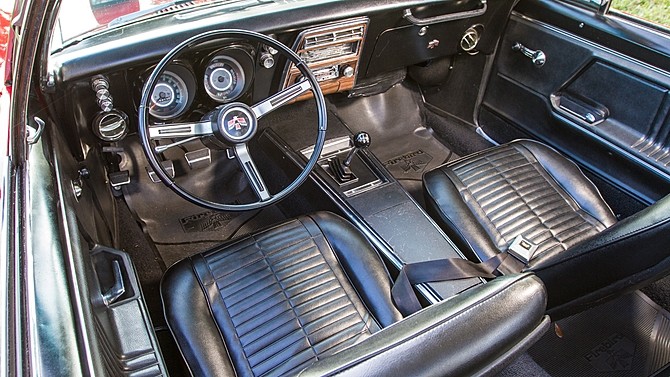 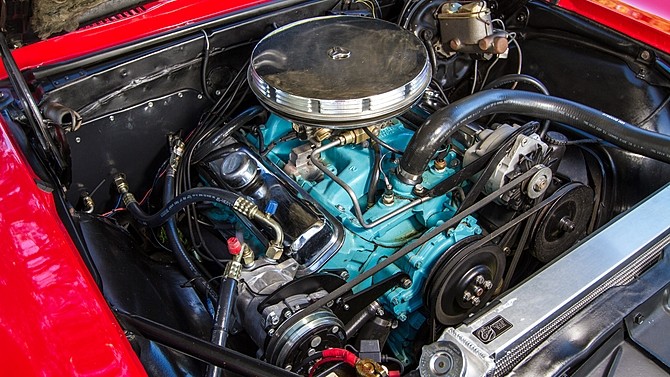 Another one of my favorites is this ’68 Verdoro Green 400 Coupe with a beautiful Parchment interior and white Cordova top. 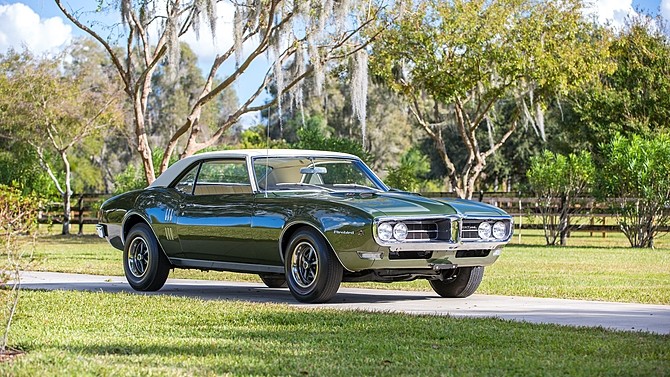 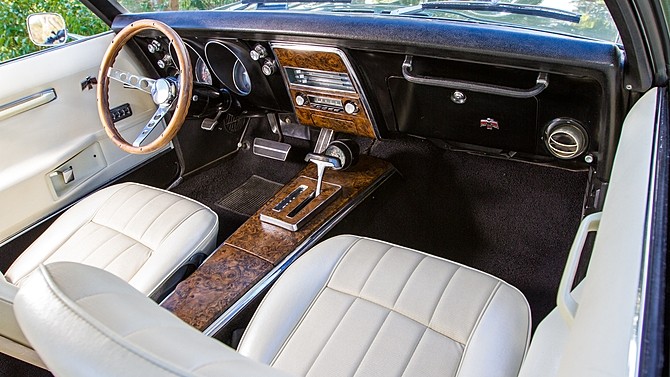