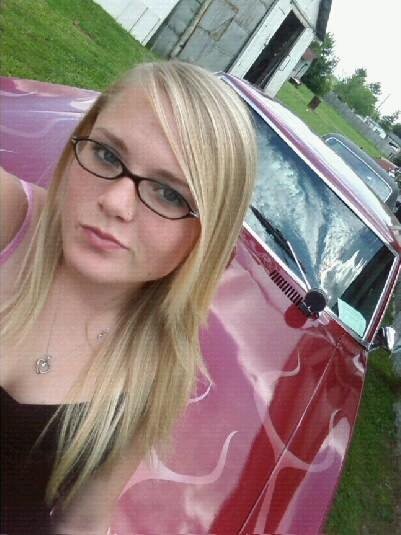 We received a message on our Facebook page one day that I knew would be a fantastic story to share with you on our website.  Father-Son projects are quite common; passing down our love for old muscle cars to our boys seems quite natural.   But how common is a Father–Daughter car building story?  But let’s not stop there, what if we have a father building two Firebirds for his two daughters?  Oh, and one is a Ram Air II car?  Sound interesting? 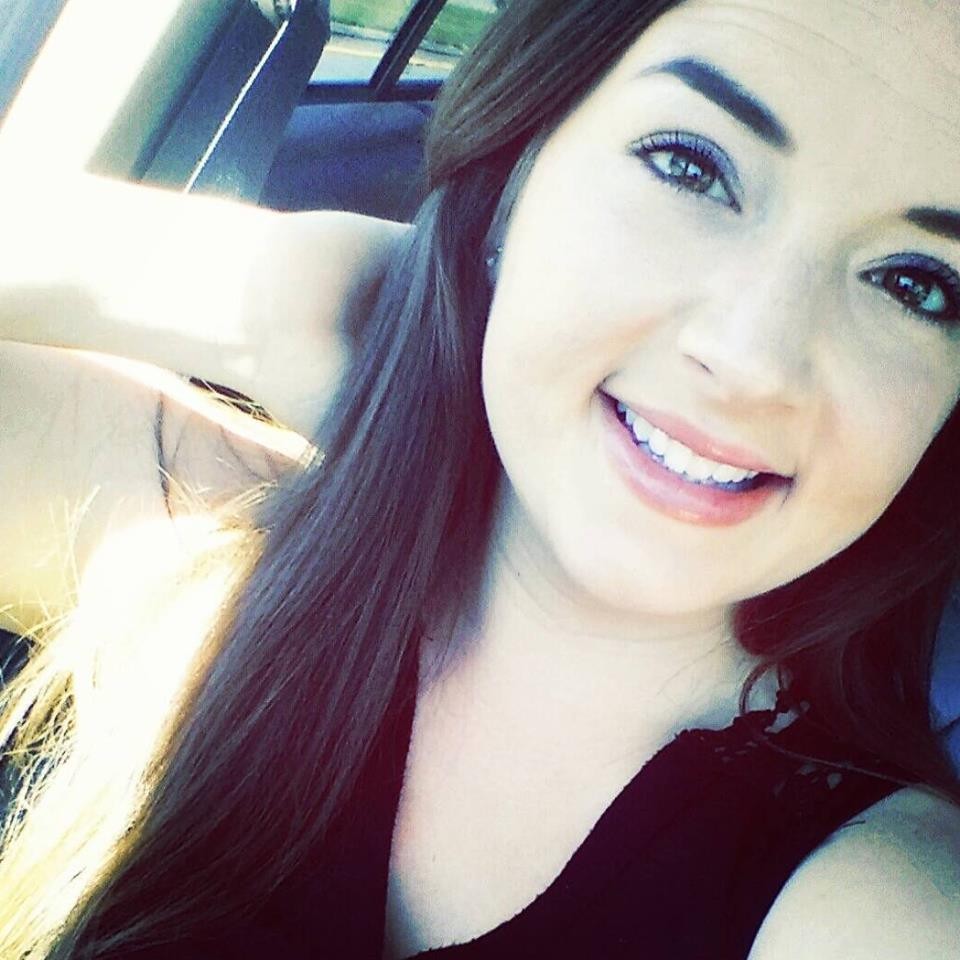 Kayla couldn’t wait to tell us about her awesome Firebird-building Dad!

Hi, my name is Kayla, and I have a Gold 1968 Firebird Ram Air II coupe.  My father built it for me. He started the project when I was about 12 or 13. I remember watching him work on it and then he purchased another Firebird for my sister.  So we both got to help him with the projects.  I have pictures of us when they both were just primer and being able to finally drive them.  She would drive hers to school on occasion and won best car in her class.  They are so special to both of us and I hope to be able to pass mine down to my daughter when the time comes. 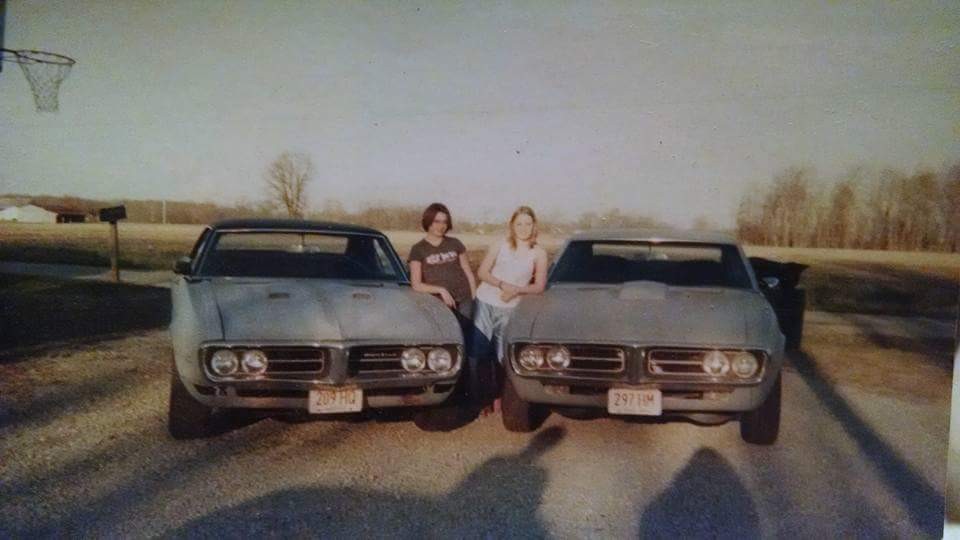 Project Firebirds in primer – Sisters, Elizabeth and Kayla were fortunate to have a father who loves first gen Firebirds and built one for each of them.

My Dad is a car fanatic and has restored old muscle cars all my life. He is such an expert it’s amazing.  (We reached out to Jim and asked him to tell us more about his daughters Firebirds.)  The Gold one is a legit Ram Air ll Firebird.  It even had the factory Rally stripe down the side, but I didn’t put it back on after repainting it.  It has a floor console & automatic shift, with a 3.36 gear to put the power down.  A factory vinyl roof, Rally II wheels, power steering, power brakes, deluxe interior, tilt wheel, space saver spare and trunk light. 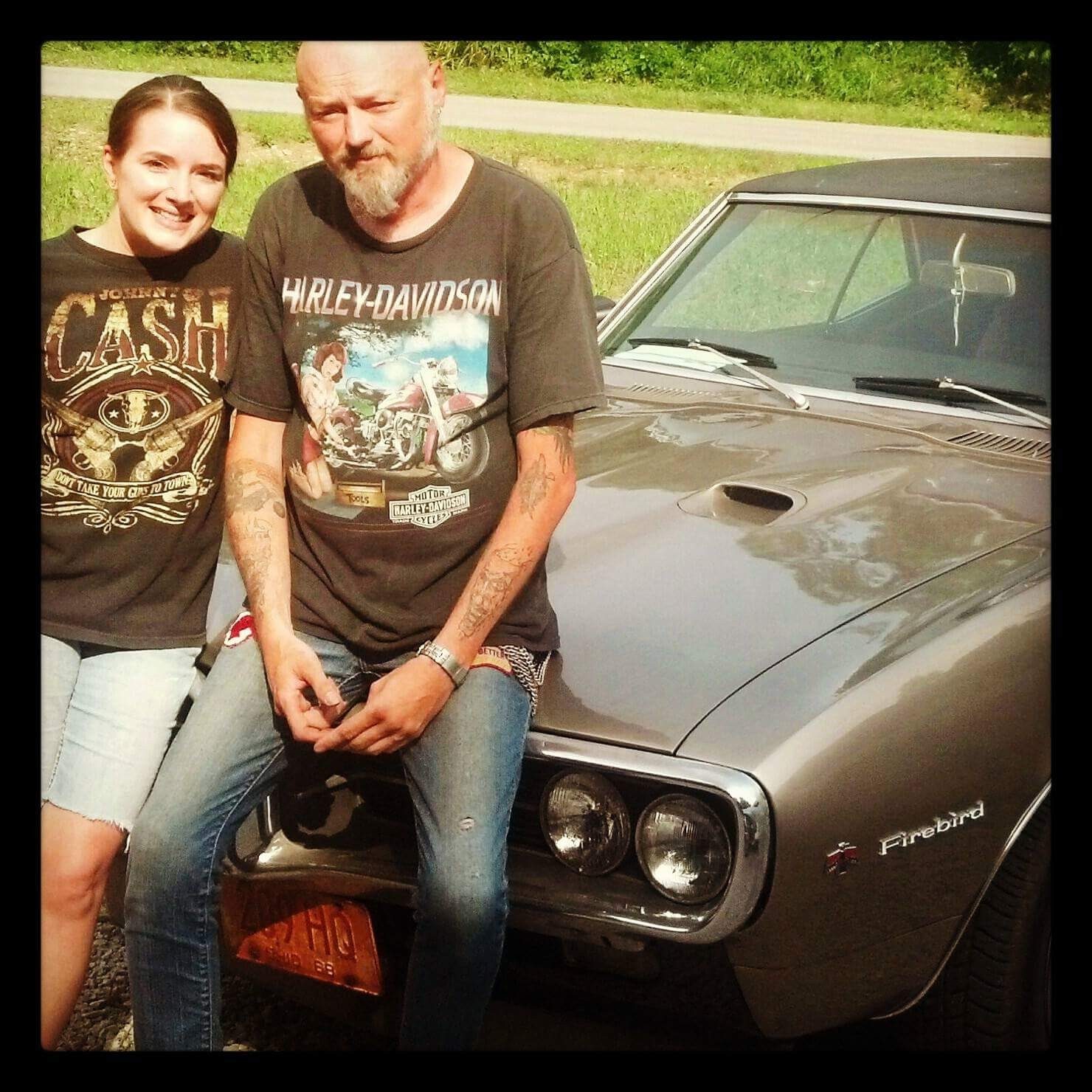 Kayla and her father Jim with her RA II ‘bird. 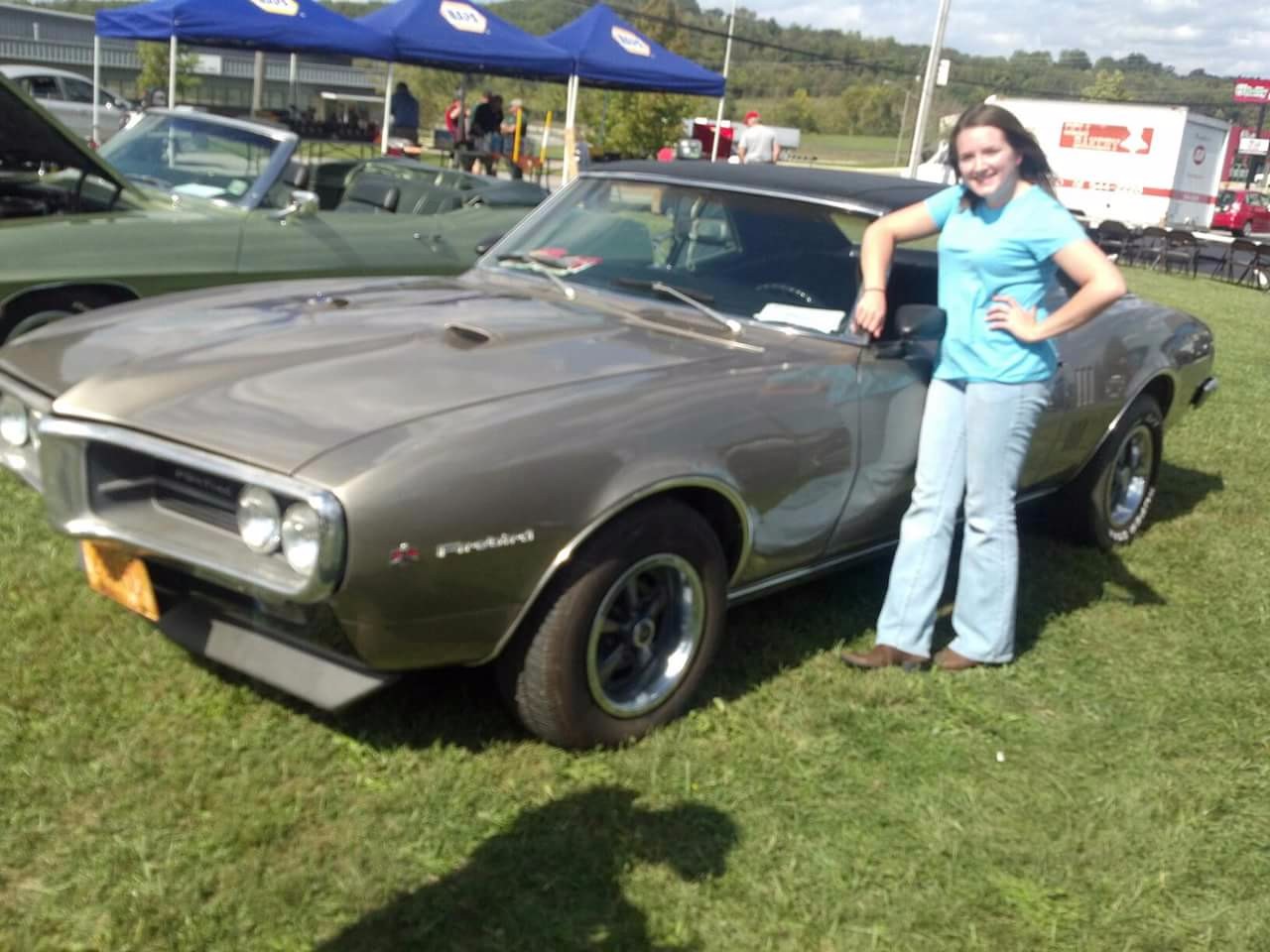 Showin’ off the ‘bird at a local car show. 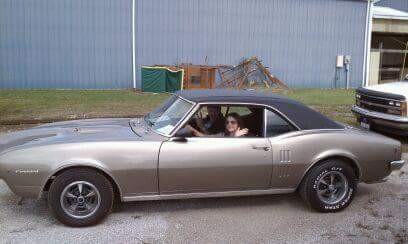 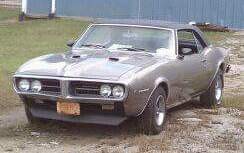 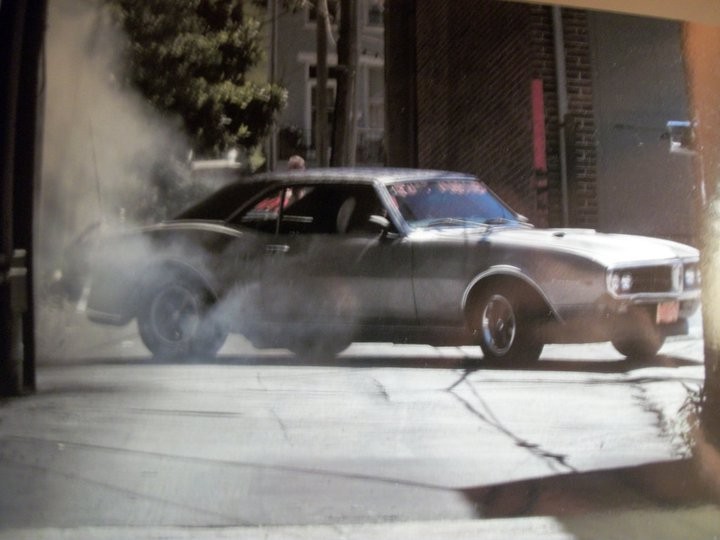 This RA II Firebird can really light up the pavement!

Elizabeth’s custom-painted red Firebird was originally bought for drag racing.  It was a 400, 4-speed car when new.  Since it was a race car, it is mileage exempt and it’s never had a tag issued to it.  The roll cage has been in it since 1969.  It is now a 406 with Arnie the Farmer`s internal engine parts, I acquired years ago out of one of his race cars.  We also swapped out the 4-speed and put in a 400 turbo Hydromatic  trans, which she has in it now.   It’s still race ready, no inner fenders, drag shocks front and rear, power steering with disc brakes and a 3.55 gear.  The battery is in the trunk.  It’s a unique car with a flame paint job we did years ago with a Trans Am hood scoop and rear spoiler. 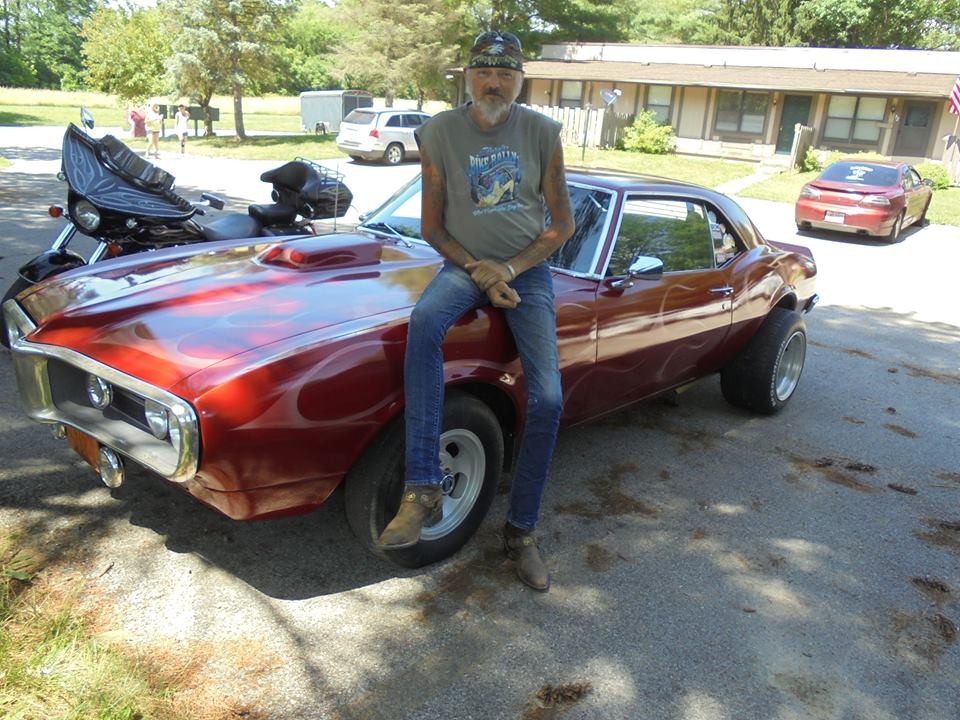 A thoughtful Father showing off one of his special creations, built with love for his daughter. 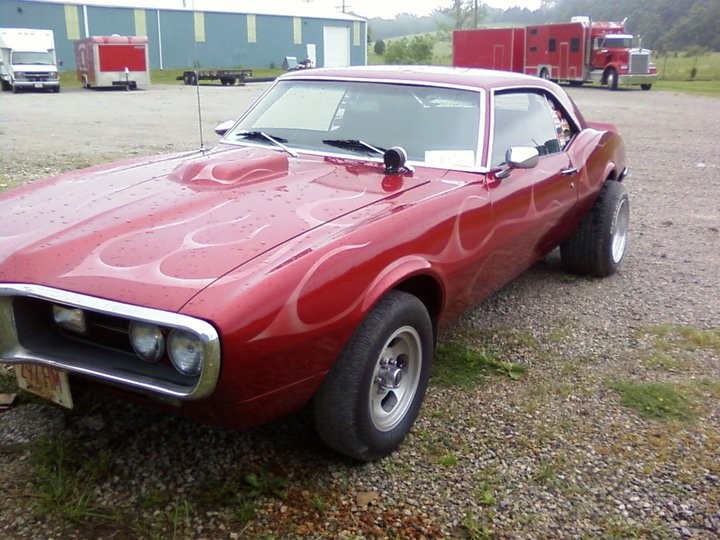 With special parts acquired from Arnie the Farmer’s race car, this is one fast Firebird! 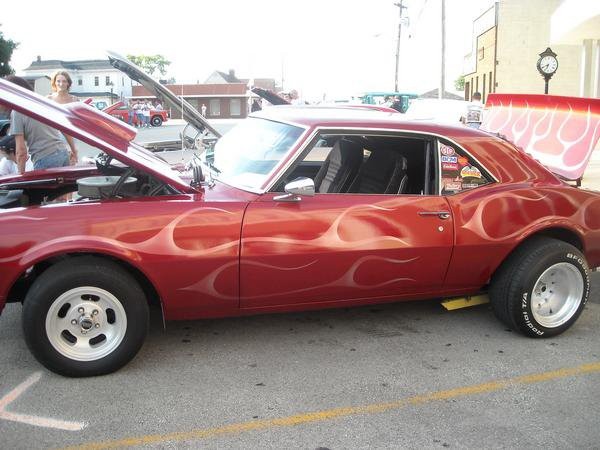 This ’68 Firebird always draws a lot of attention at car shows.