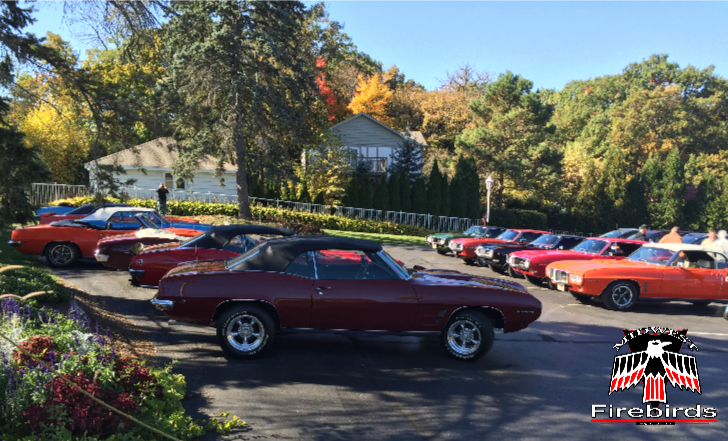 They say the third times’ a charm, and the third annual Fall Colors Cruise this past Sunday was charming indeed.  This year we had our biggest turn out yet, with 12 first gen Firebirds cruising to our destination in Lake Geneva, Wisconsin.  Almost as many drove in from Wisconsin as Illinois, and there were several new members joining in on the lively lunch and cruising around the lake with our tour guides Chet and Karen Kumm.

The weather was warmer this year, so several of the guys dropped the tops on the ‘birds to let the sun in.    This has become one of our favorite cruises of the year and a wonderful way to wrap up our 2015 season. The Geneva Inn is an ideal location to view the lake in an elegant atmosphere, as the fall colors were just starting to pop out around the shore line.  Our premier private parking together by their entrance was quite a site, and a few Pontiac enthusiasts stopped by to check out our rides, adding to the fun. 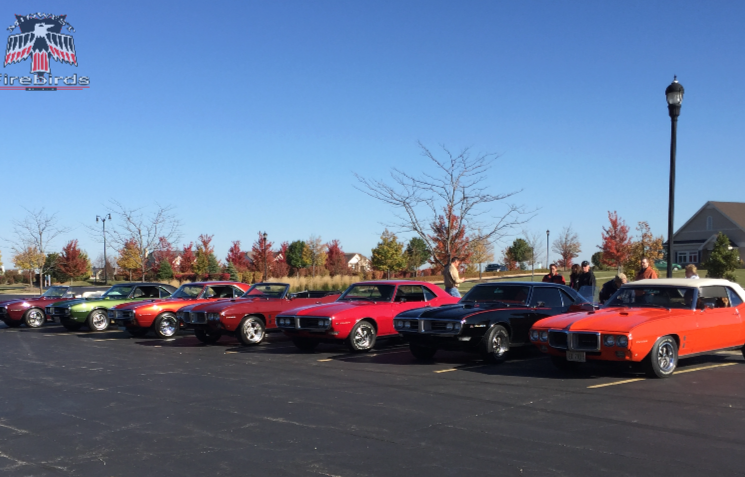 The Illinois group gathered in Huntley for a 45 minute trip north to Lake Geneva. The trip was great on mostly country roads. 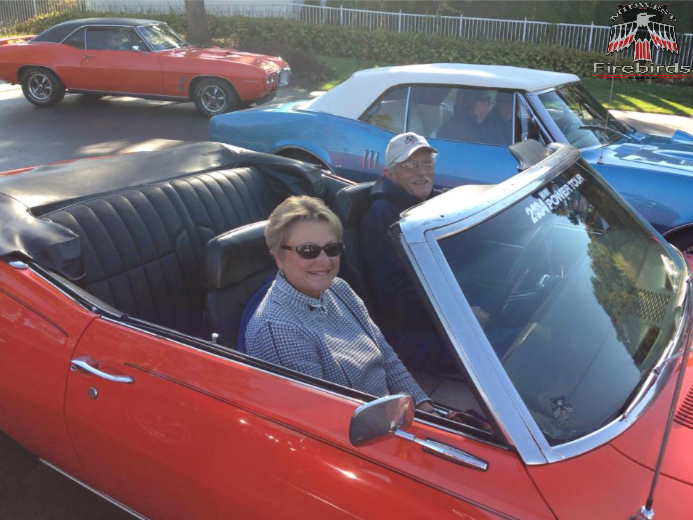 Members Hank and Mary drove their 1969 Carousel Red convertible down from Green Bay to join our group. (We are blessed to have a large group of people in the club from Milwaukee and Green Bay.) 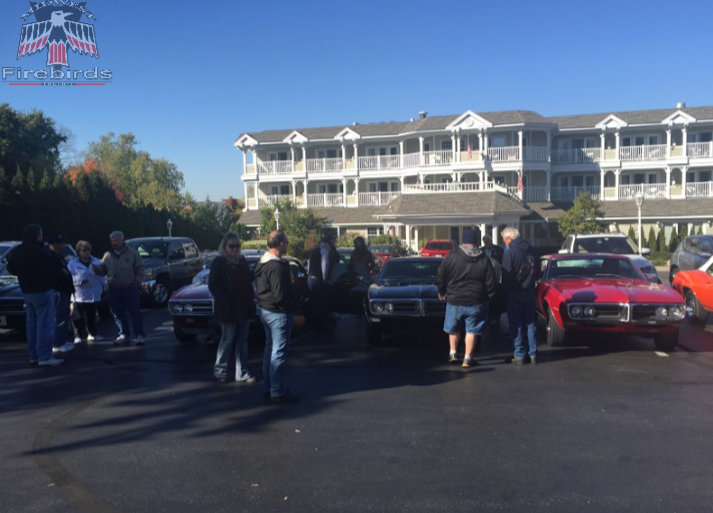 The Geneva Inn makes a great background for the gathering of the first generation Firebird faithful. It’s always great to catch up with old friends and meet new ones with the same passion for Firebirds. 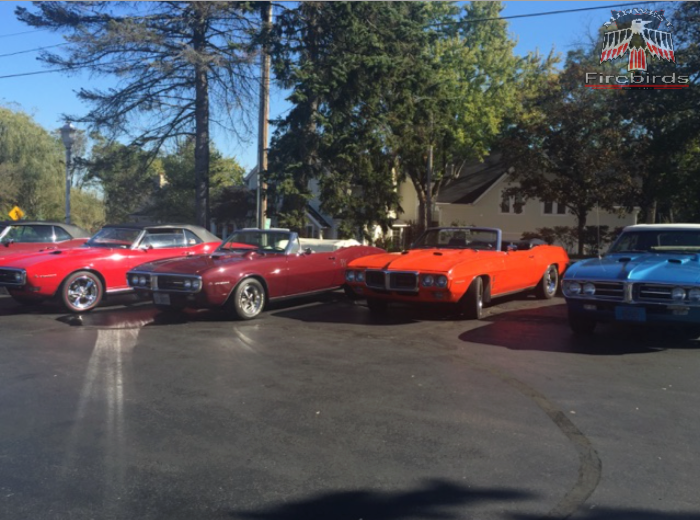 Representing all three years of first generation Firebirds; 1967, 1968 & 969 – these five convertibles are ready to go! 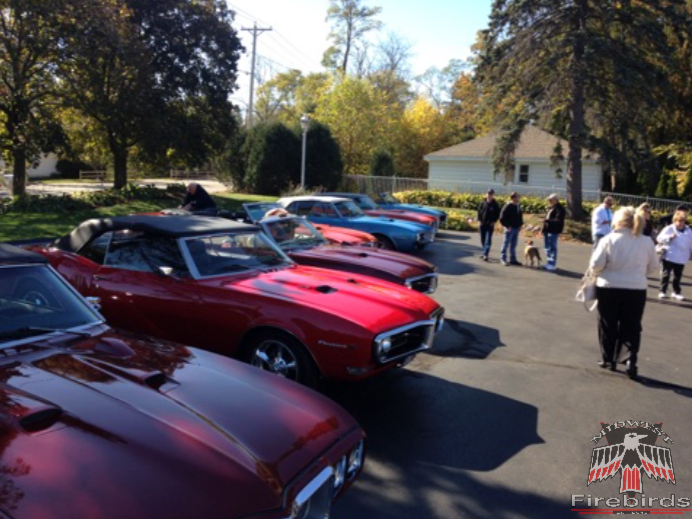 Vintage Pontiacs and the people who love them! 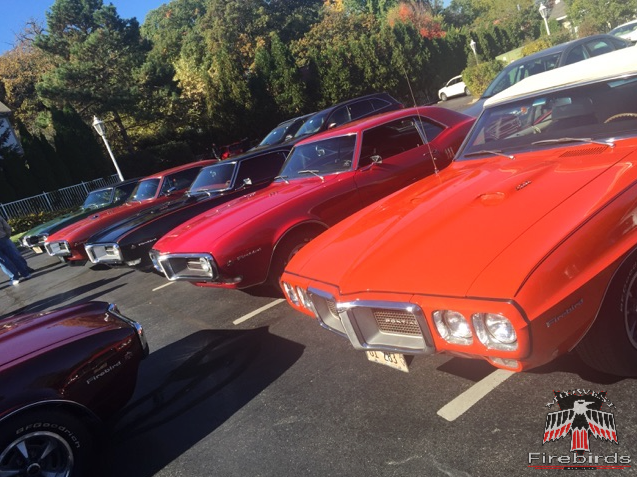 Orange, red, burgundy, rust….  Have you noticed, most of these Firebirds are painted in a fall colors theme? 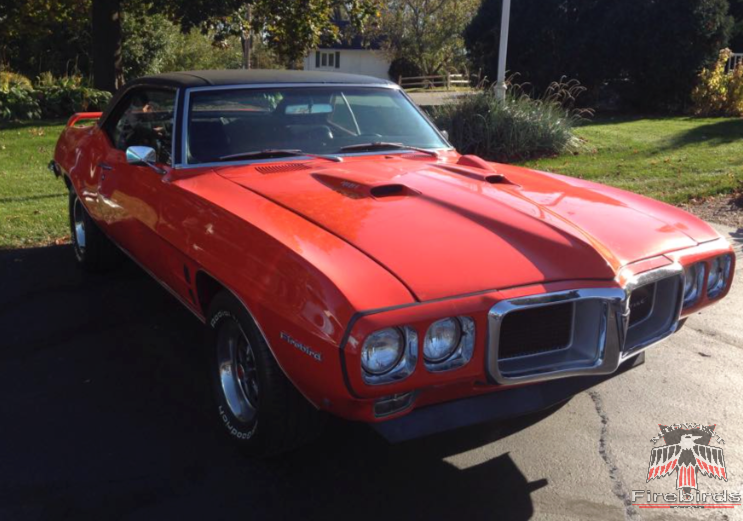 A stunning example of a 1969 Carousel Red 400 coupe. Steve’s car also has the optional hood tach and the black vinyl top. 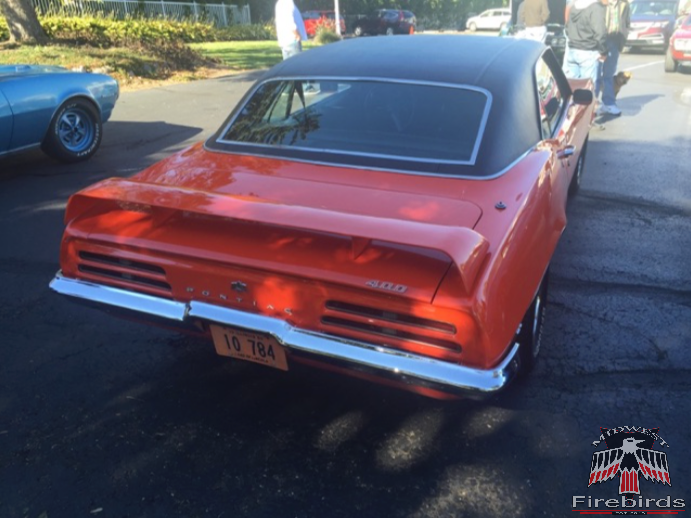 Steve finished his restoration with the Trans Am spoiler, which looks right on this one-year only model. 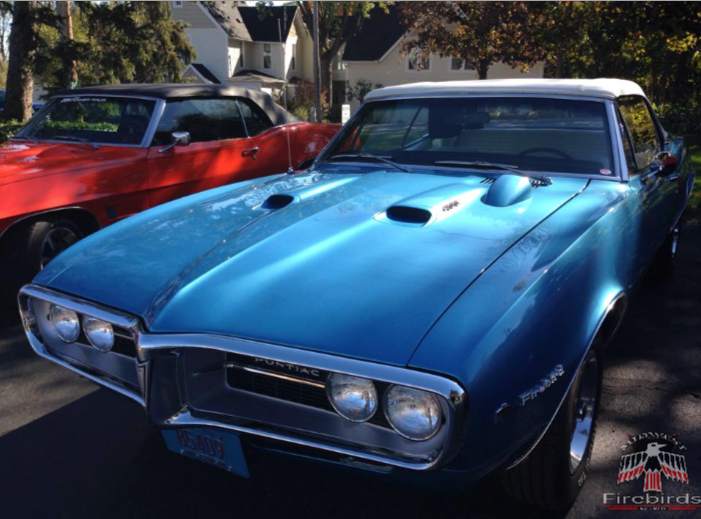 Kevin’s ’67 Tyrol Blue 400, 4-speed convertible has a Parchment interior and white top. A frame-off restoration looked fantastic, and they even painted the underside to match. 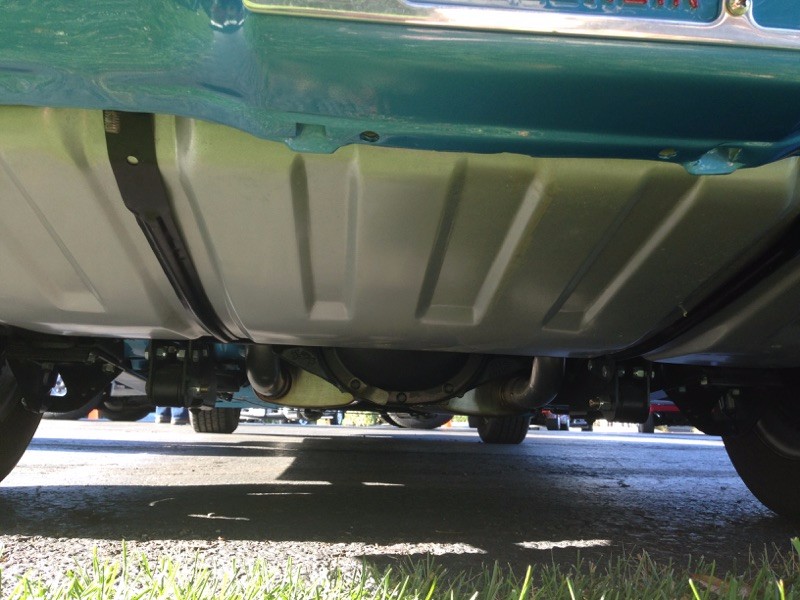 People normally don’t ask you to look at the underside of their cars, but when Kevin did I understood why – it was detailed to the 9’s! 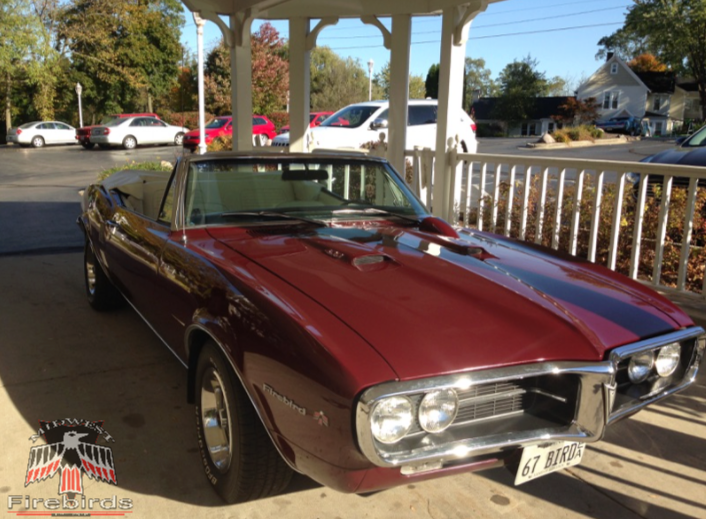 Ian’s Burgundy ’67 convertible is also a rare 4-speed. Ian’s sister in law is one of the managers at the Geneva Inn and she has always provided us with that extra special touch to make our event perfect. 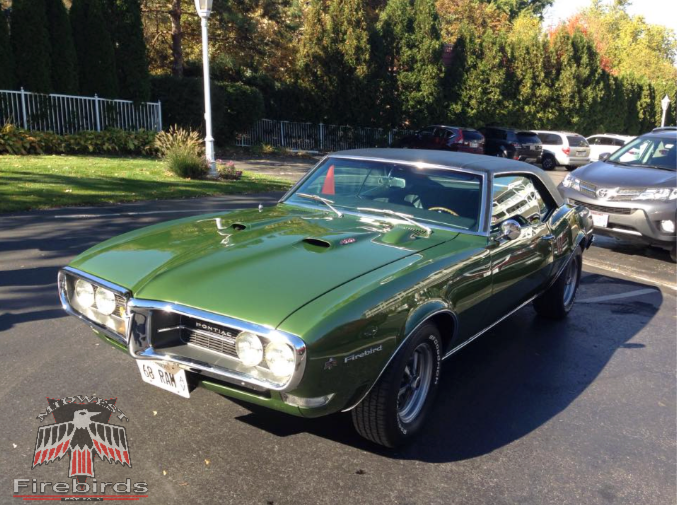 Chet is the original owner of this ’68 Ram Air 400 hard top. This is a national award winner and just a perfect example of high performance Pontiac power from the 60’s.  We feel privileged every time Chet drives this show car on our cruises. 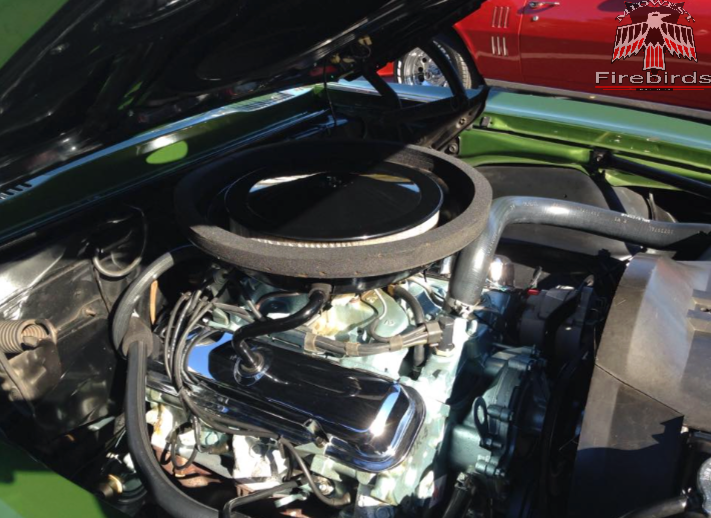 Rare, powerful and perfect. This 1 of 321, WI code Ram Air engine was underestimated by Pontiac Advertising at 335 hp. Chet’s Firebird was judged a perfect 400 points in the Gold Stock Class at the 2001 POCI convention in Red Wing Minnesota. It also was a Best in Show Winner at the Crusin Tigers 2005 Indian Uprising. 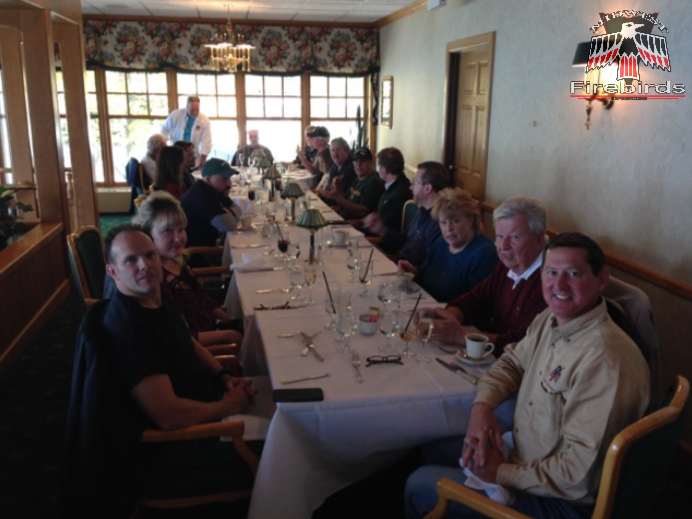 We all enjoyed the live piano music and a wonderful lunch with a lake view. 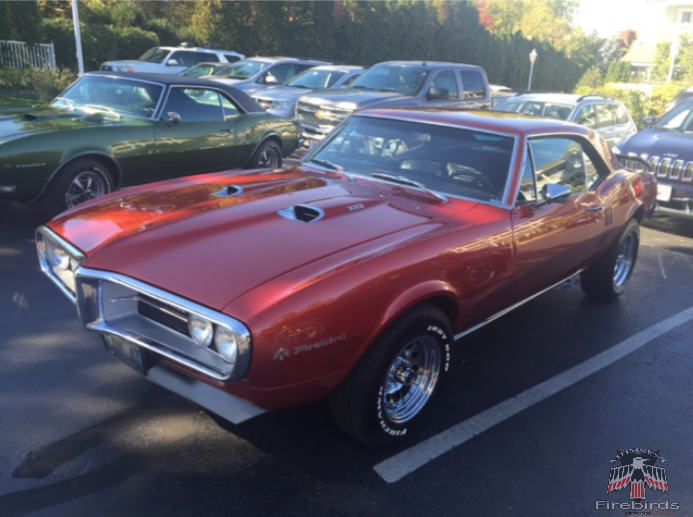 Jerry’s custom-color, 1967 326 coupe. There are several engine improvements here, and this one sounds just right! 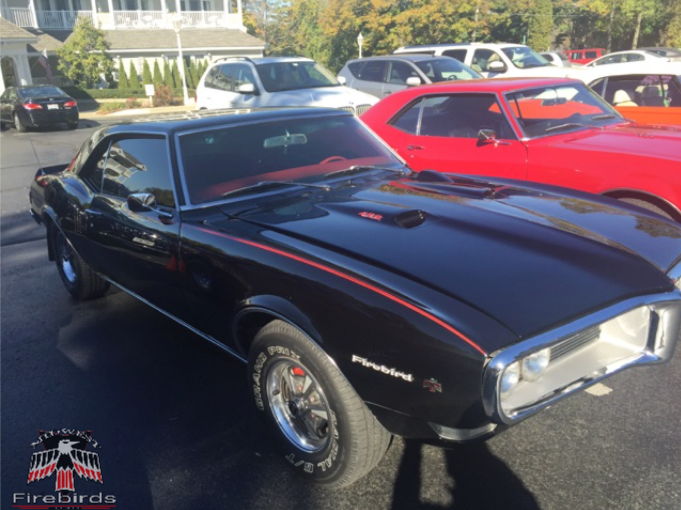 Phil’s ’68 Starlight Black 400 coupe with red interior. Phil and Denise joined us from Dekalb, and this color combination really stands out! 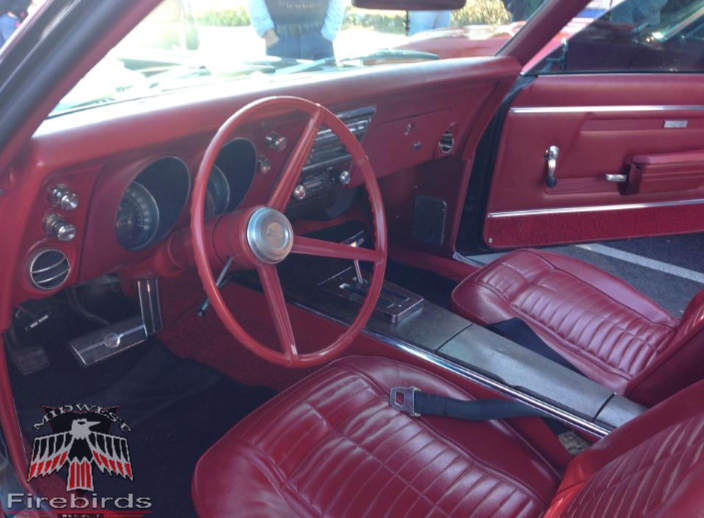 It’s somewhat rare to have a red interior in a black Firebird, and this one even includes red carpeting as a nice extra-touch. 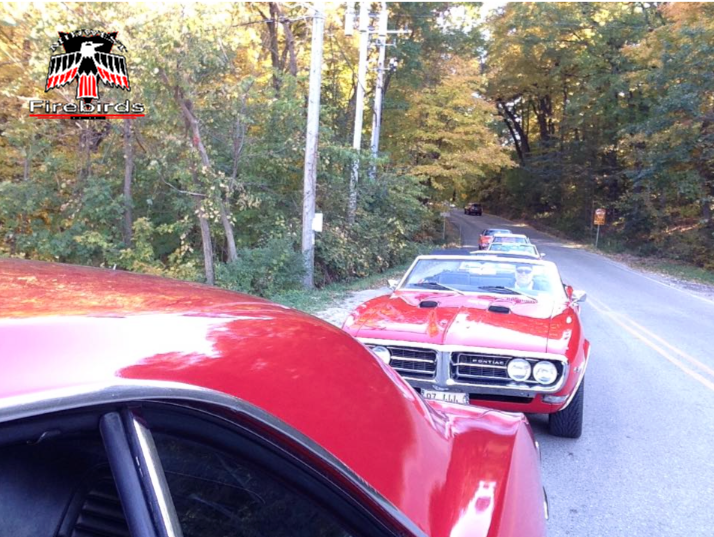 Our final shot cruising around the lake.  Mark’s high-performance, ’68 restomod convertible is right behind me as we enjoyed the great fall foliage on this classic drive.