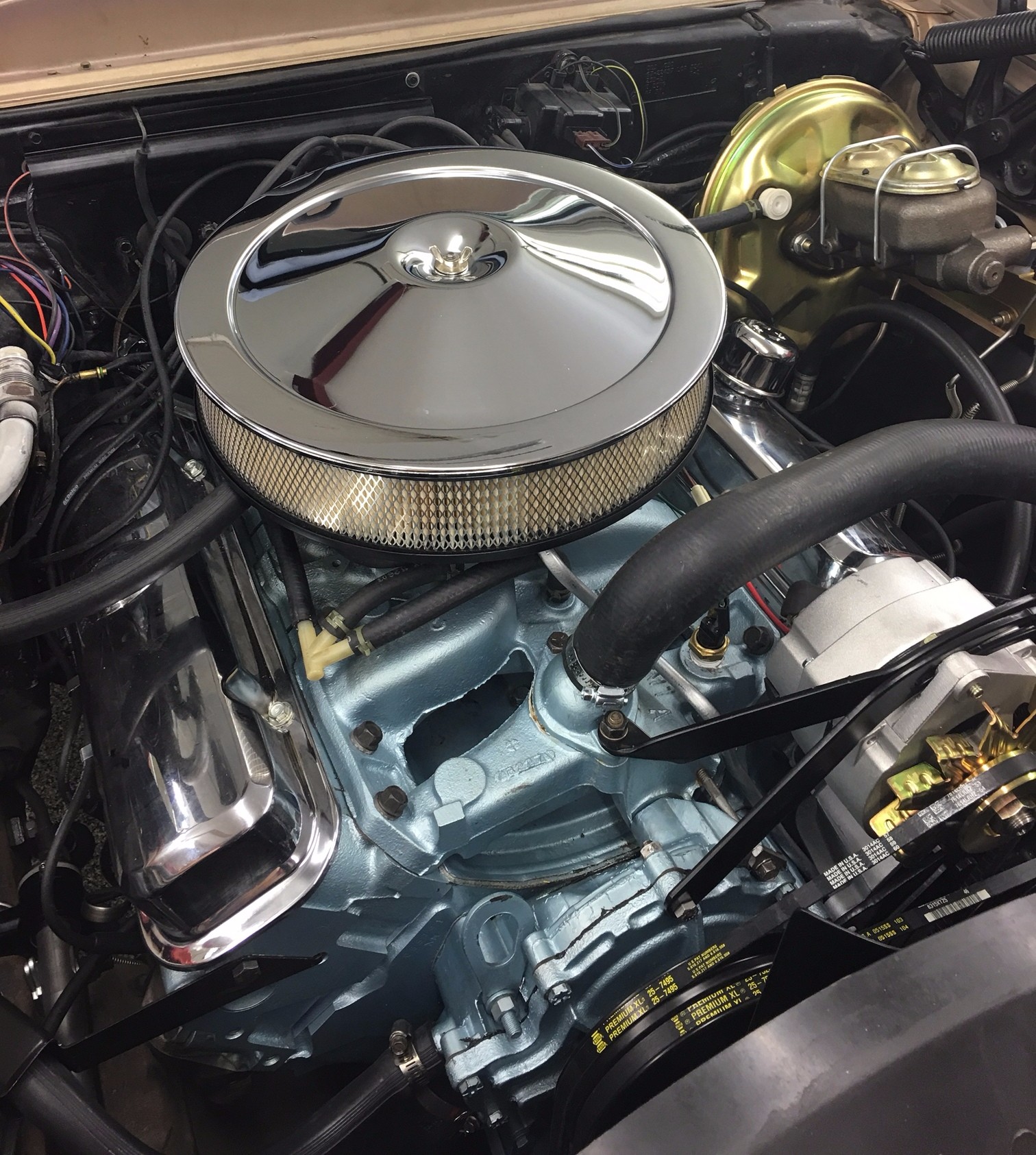 This post should be of great interest to a number of Firebird owners, because we all want to get the best performance and handling out of our vintage vehicles, and with many more 326CI and 350CI Firebirds produced, many owners take the route of converting to a 400 power plant.  Unfortunately, however, many aren’t done right, giving the owner problems down the road.  This is the story of how member Jared Simon, made a wise investment of doing a 400 engine conversion in a smart, well thought-out way, guided by some of the best Pontiac performance and restoration experts in the industry.  The results in upgraded safety and performance will make his Champagne 1967 Firebird enjoyable to drive for years to come and something he will be very happy to pass on to his children in the future.

I am particularly proud of the fact that our club had a lot to do with helping Jared, by connecting him with Ron Rocchi of Pontiac Performance Engineering and Dave Armstrong & Mike Marcucilli of PMD Restorations.  As you read this post, please keep in mind, this is not a restoration project, it is a performance and handling upgrade – keeping a Pontiac a Pontiac while also using some fantastic aftermarket parts. 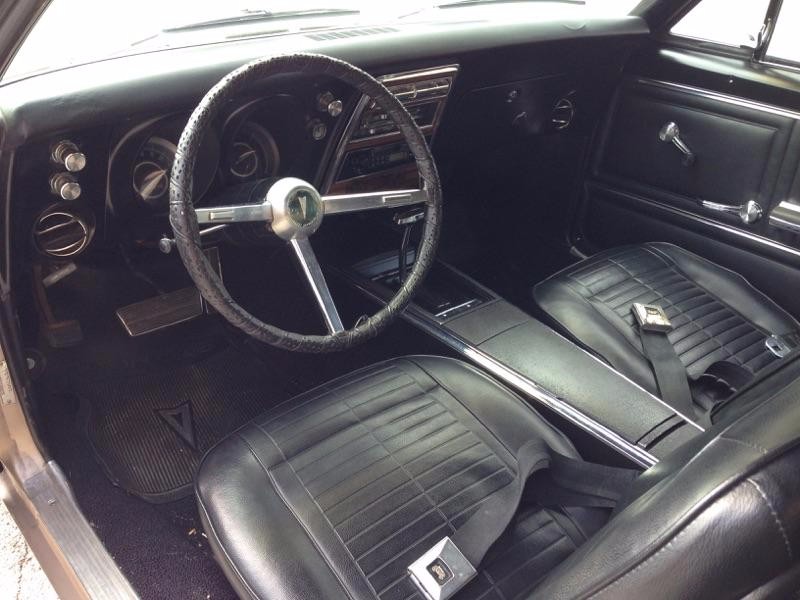 The standard ’67 black interior was clean and in great shape, and kept stock. 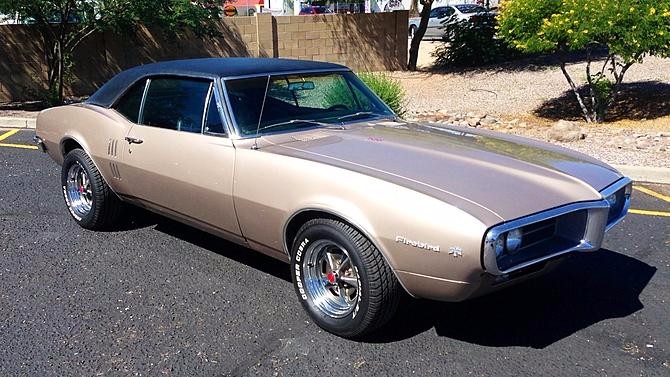 Fun in the sun – this ‘bird is equally ready and able to go for a long cross-country cruise or a quarter mile pass at the strip.

When I asked Jared to tell us more about why he chose this particular Firebird here’s what he told me:  “Aside from the fact that I’ve always loved cars, it all started in the fall of 2014 when I saw a Mecum Auction was coming to nearby, Schaumburg in October.  I made a point to attend and told my wife, “I might get something.”  I saw the 1967 Firebird 326 on their website and went looking for it when I got there.” 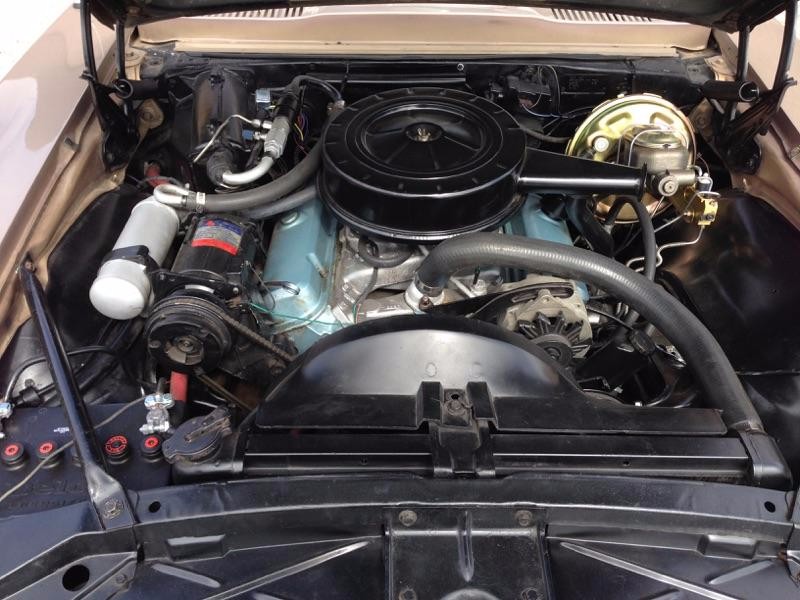 The original 326 engine looked nice, and was saved in case a future owner would ever want to go back to stock.

“I’m sure most everyone in the club feels the same way but I think the 67 Firebird is close to styling perfection.  I love it from every angle and it is at once sleek and muscular.  There were a few other cars I liked, but I kept going back to the Firebird.  The body was in good shape as was what appeared to be a mostly original interior.  I decide to bid on it, and a few hours later I was excited to be the new owner!  Well after a harrowing drive home I realized the car need “some” mechanical work.  The brakes were clearly barely functional and the engine was making some funky noises.” 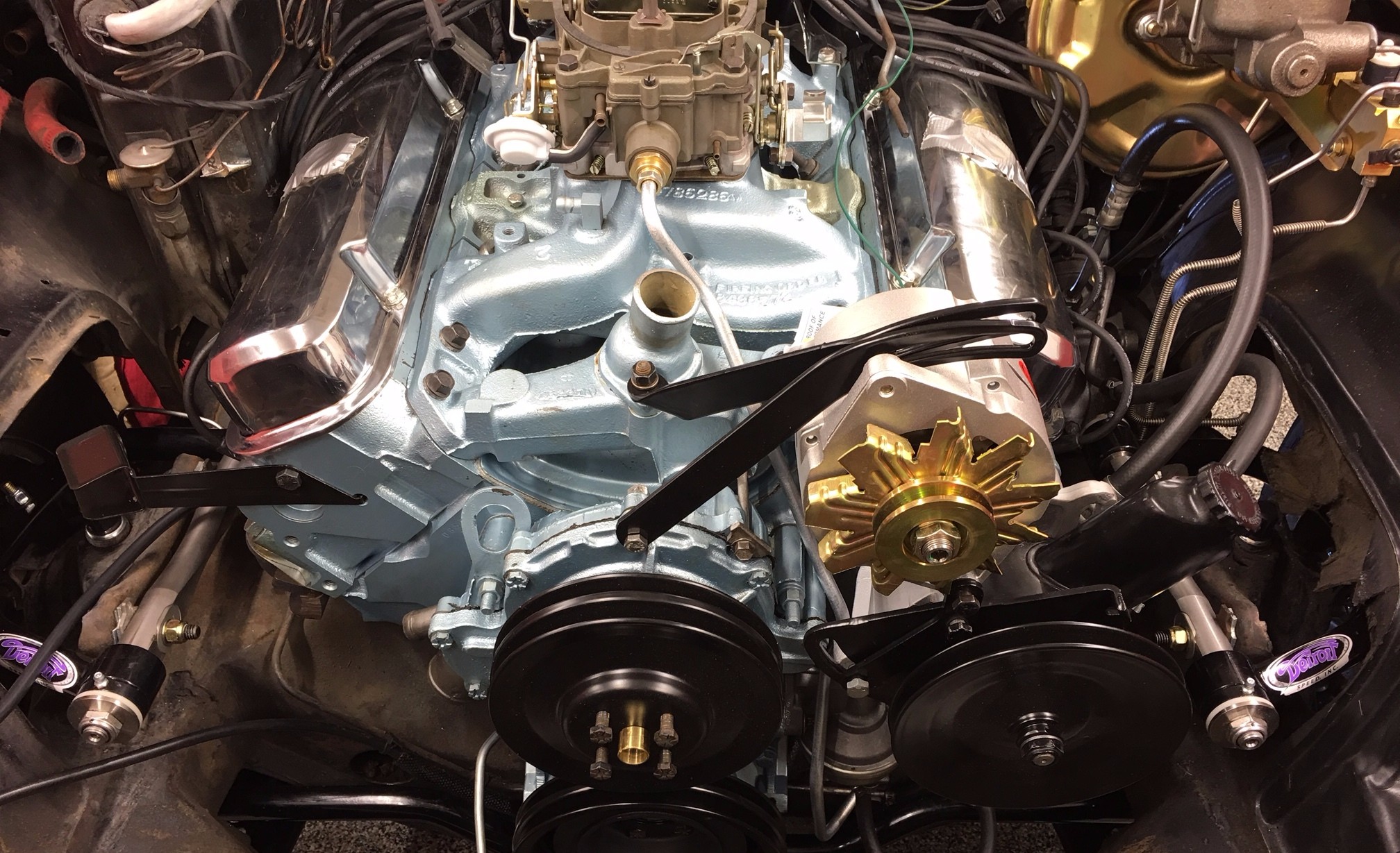 The new 400CI engine going in. You can see the new Detroit Speed tubular A arms on each side. The AC unit was removed to keep the clean look under the hood.

“After driving it a bit last summer and joining the club I realized I had to invest in the engine.  My overall goal with the car was always to keep it as period correct as possible with maybe some handling improvements.  I hooked up with Ron Rocchi for the engine work.  I decided to build up a 400 with some tweaks gleaned from Rocky Rotellas, How to Rebuild a Pontiac V8 book.  Ron Rocchi is old school and did some great work!  The engine dyno’d very well, is really sweet, has very easy power and I can’t wait to get it broken in.   The rest of the work was done by Dave and Mike from PMD Restorations in Chicago.” 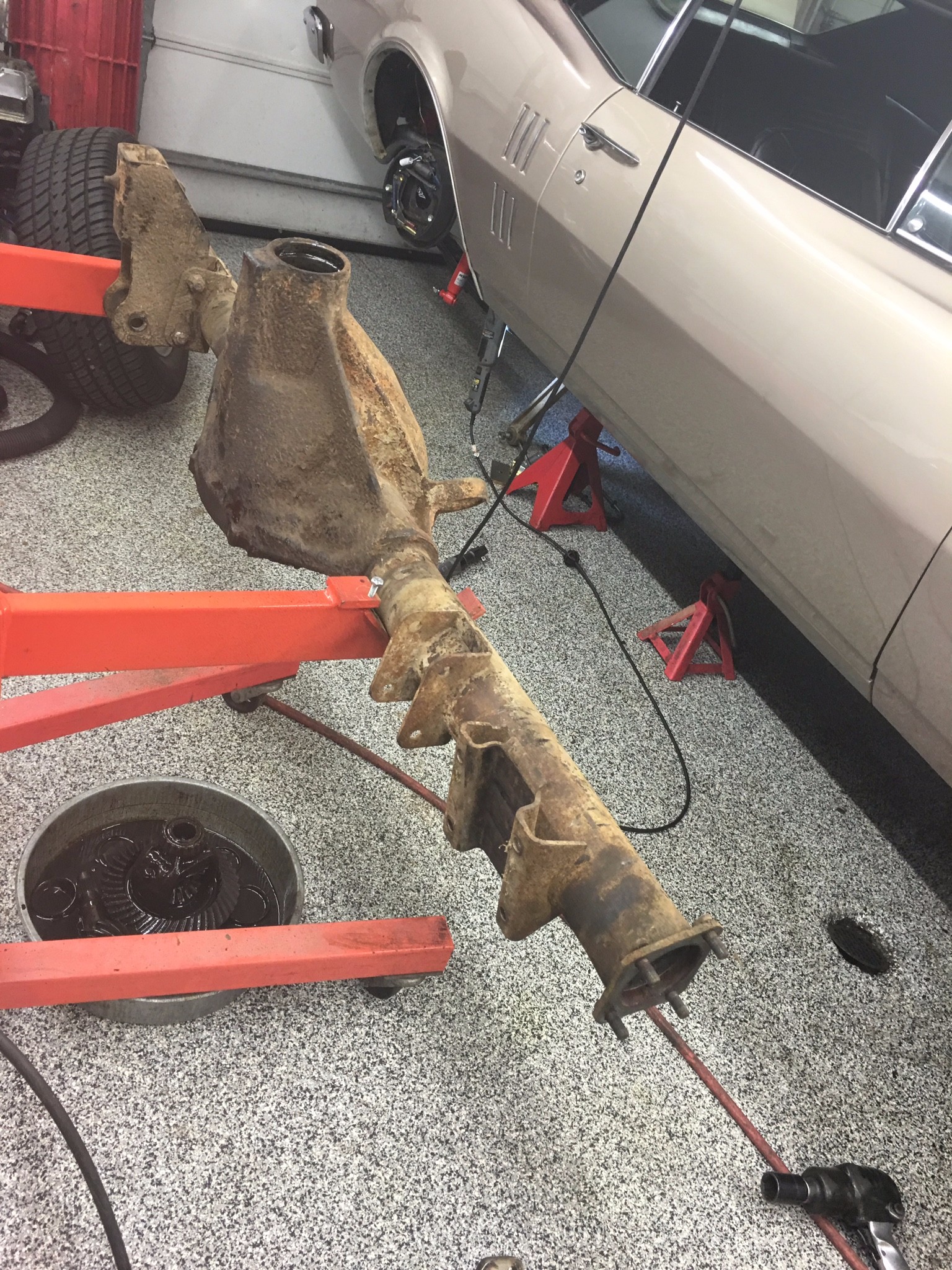 With 49 years of dirt and rust, the differential and rear axle were in need of some TLC. 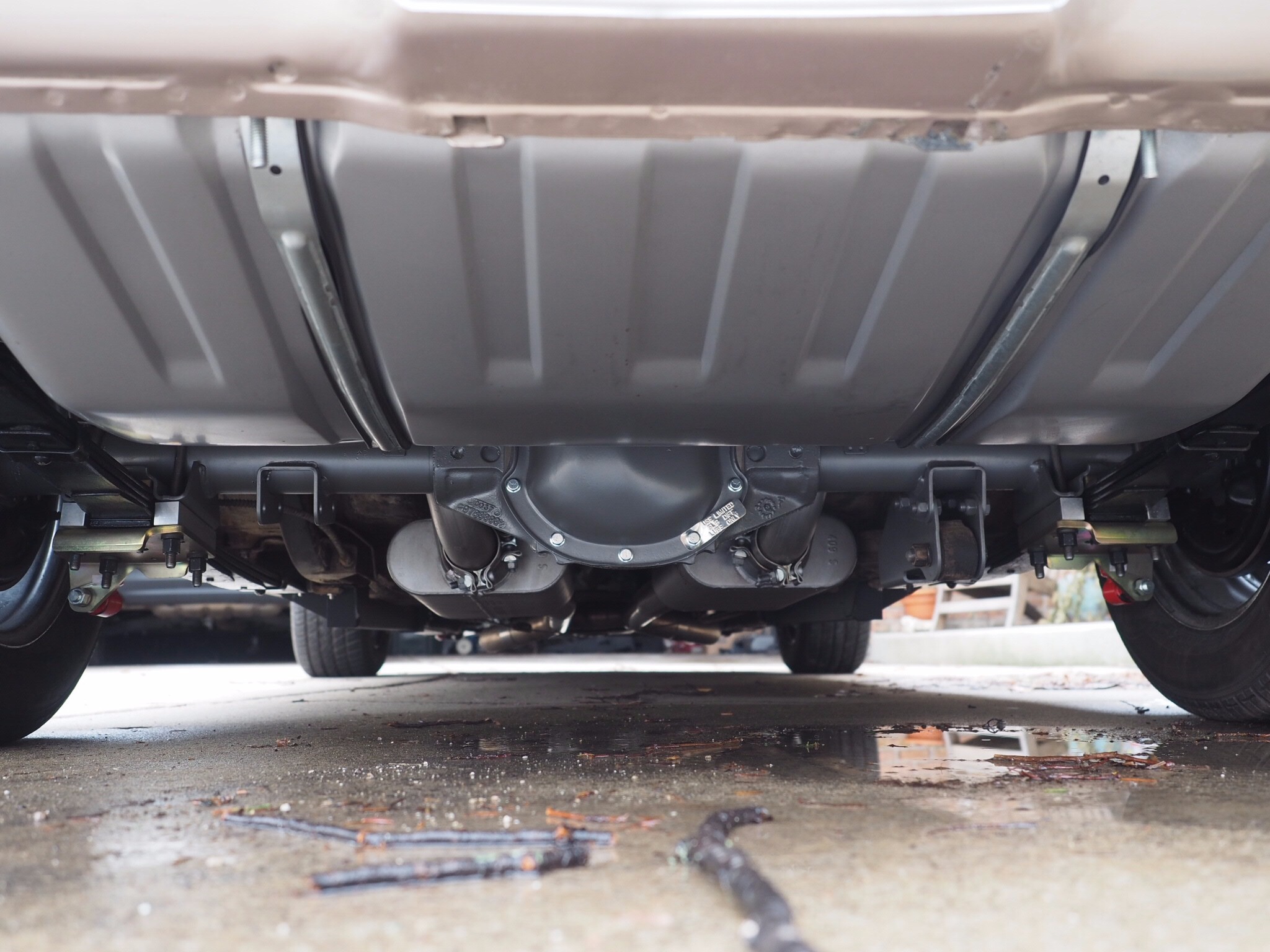 Beauty below – the finished rear looks awesome, after blasting and powder coating the old items and installation of the new gas tank, springs and exhaust. 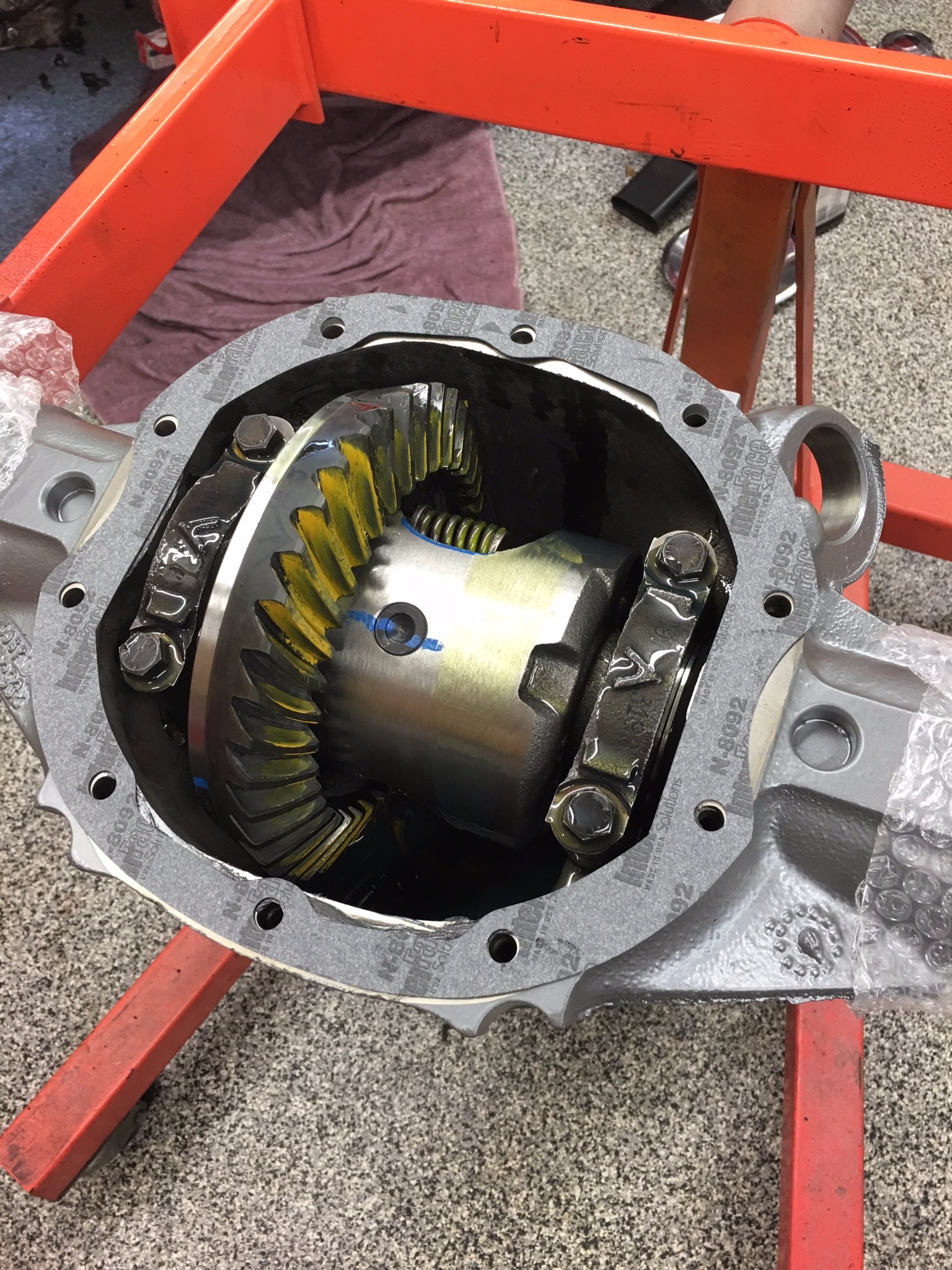 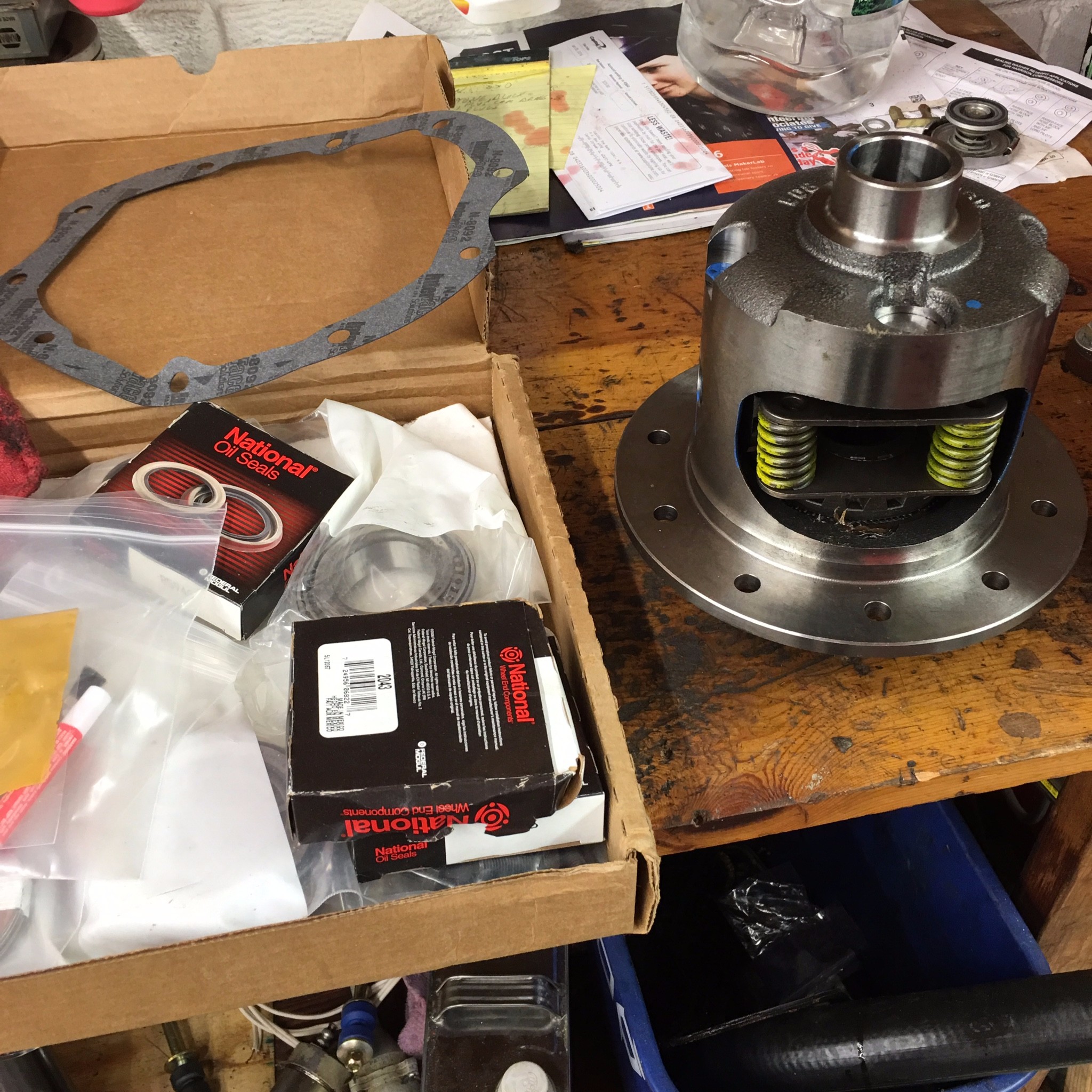 The Posi Unit before installation. It will really put the additional horsepower to good use.

I asked Dave to tell us some of the details on parts selection for this performance transformation and upgrade that make this ‘Bird really fly.   “A correctly coded 1967 Firebird 400 block and cylinder heads were sourced from Ron Rocchi.  The famous Pontiac “068” Ram Air II auto trans cam was selected to actuate the valves along with Comp Cams push rods and roller tip rockers. It exhales through Pontiac long-branch/ram air exhaust manifolds connected to Flowmaster’s 2 1/2″ system.  A correct 1967 400 calibrated carb and Pertronix ignition provides the fire. A correct GM THM400 trans upgraded with a mild shift kit and GM’s best torque converter provides the connection to the pavement via a freshly rebuilt 10-bolt differential upgraded with 3.55:1 gears supplied by Strange and a clutch-type positraction unit from Eaton.” 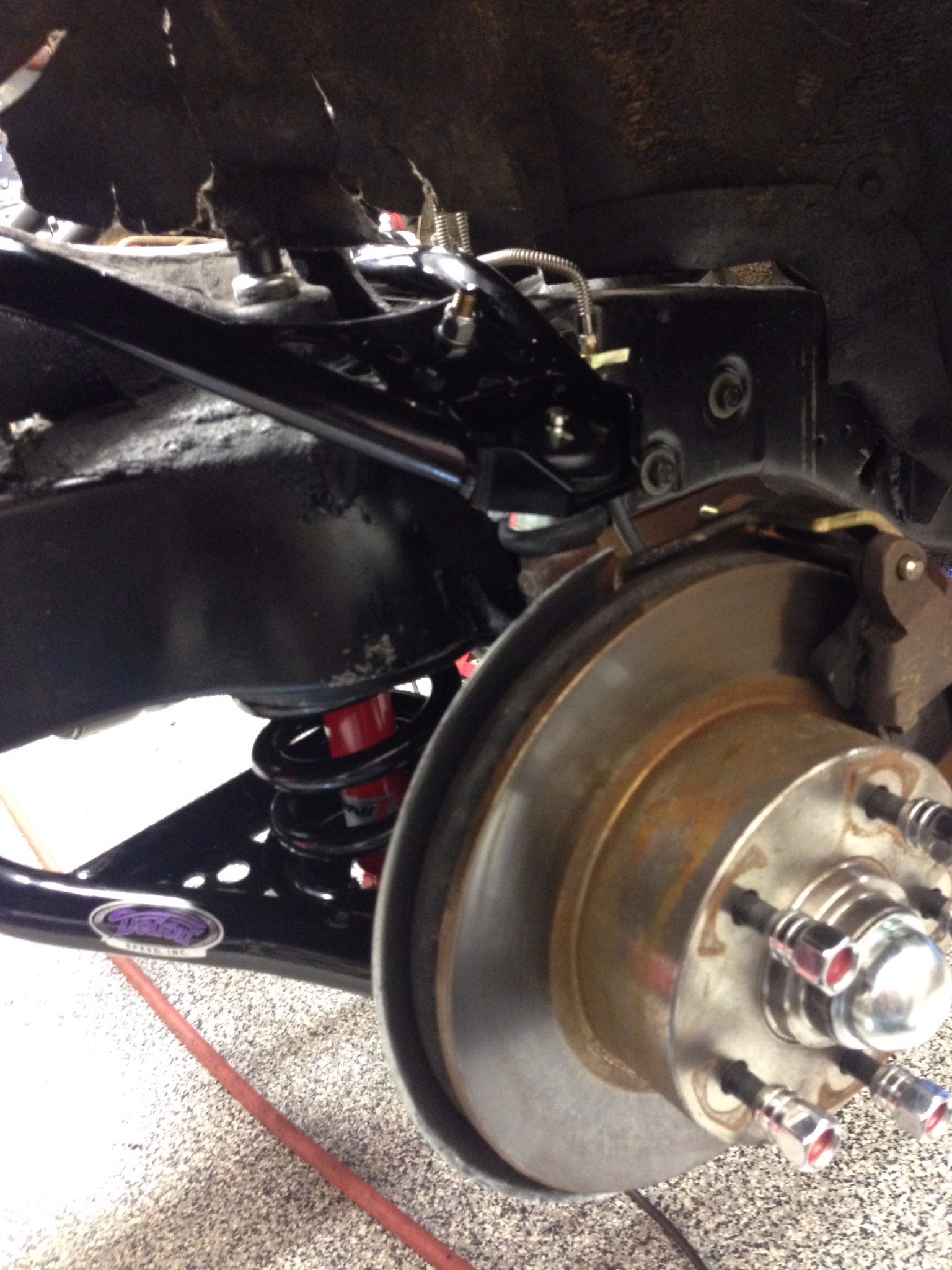 Dave told us, “To keep the Ram Air II power under control, we did a front disc brake conversion, sourced from “The Right Stuff” and rebuilt the rear drums.” You can also see the new tubular lower control arm, gas shock and new performance springs. 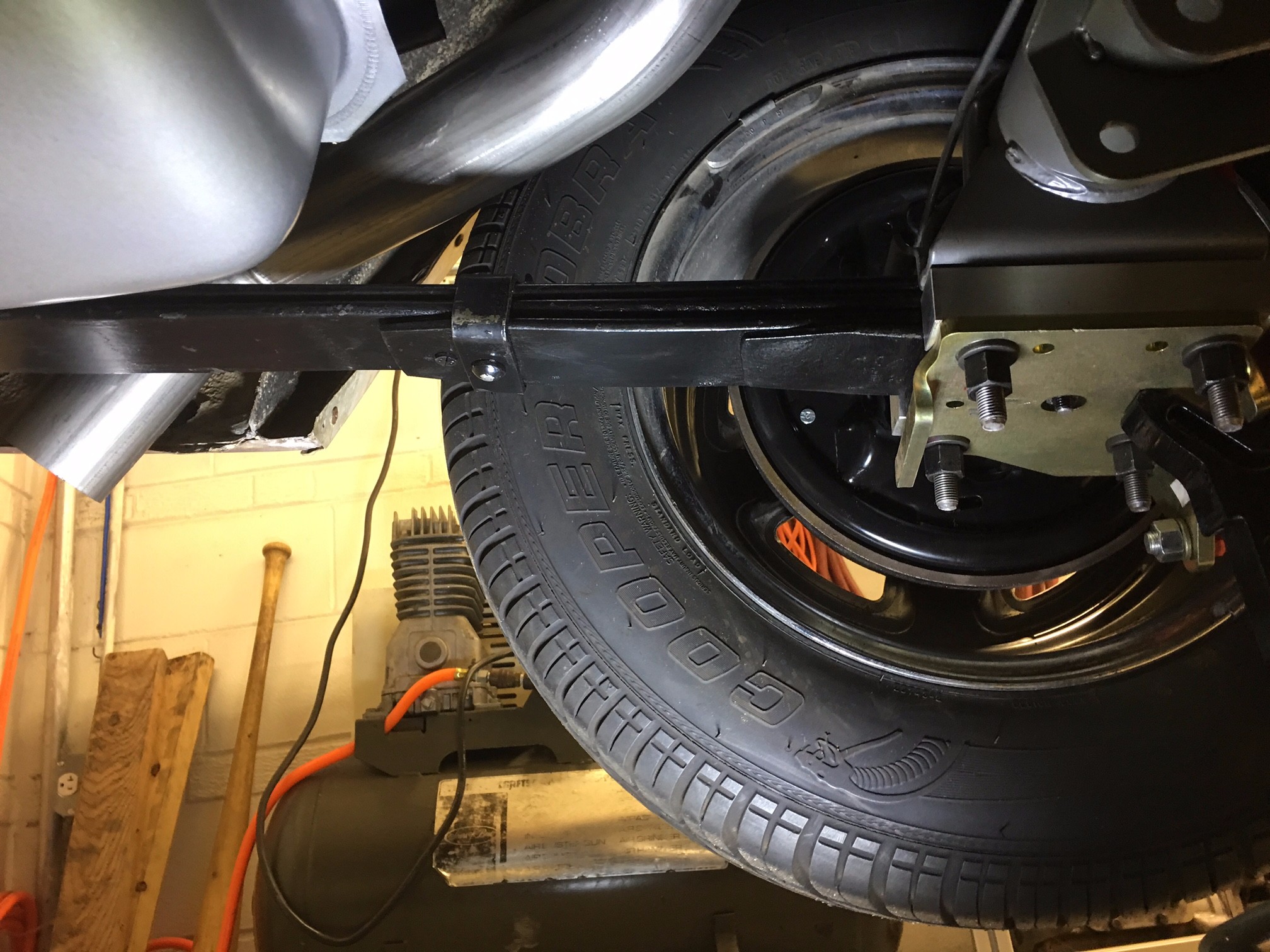 Matching components for correctly engineered performance is a must. They selected the 2″ lowering Detroit Springs Rear Leaf Springs to match the front components.

Minor things were addressed as well like a new gas tank and sending unit, new wiring harnesses and correct spring ring battery cables.  The radiator was re-cored, and for now the decision was made to remove the air conditioning unit. 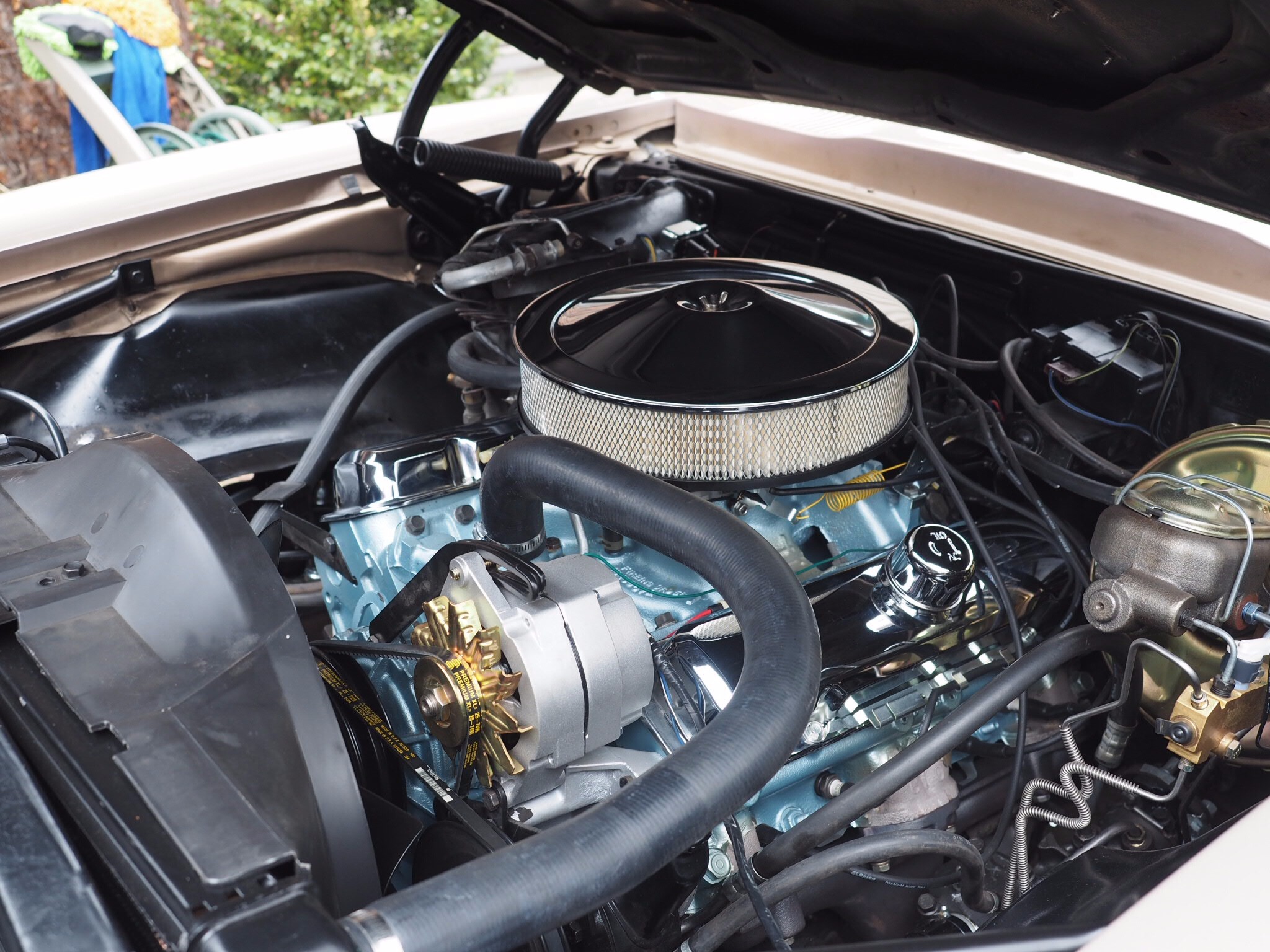 Another look at the completed 400CI engine. Rather than using the 400 louvered Pontiac air cleaner, Jared topped it off with a ’67 GTO HO unit for better air flow still keeping with the stock Pontiac look. 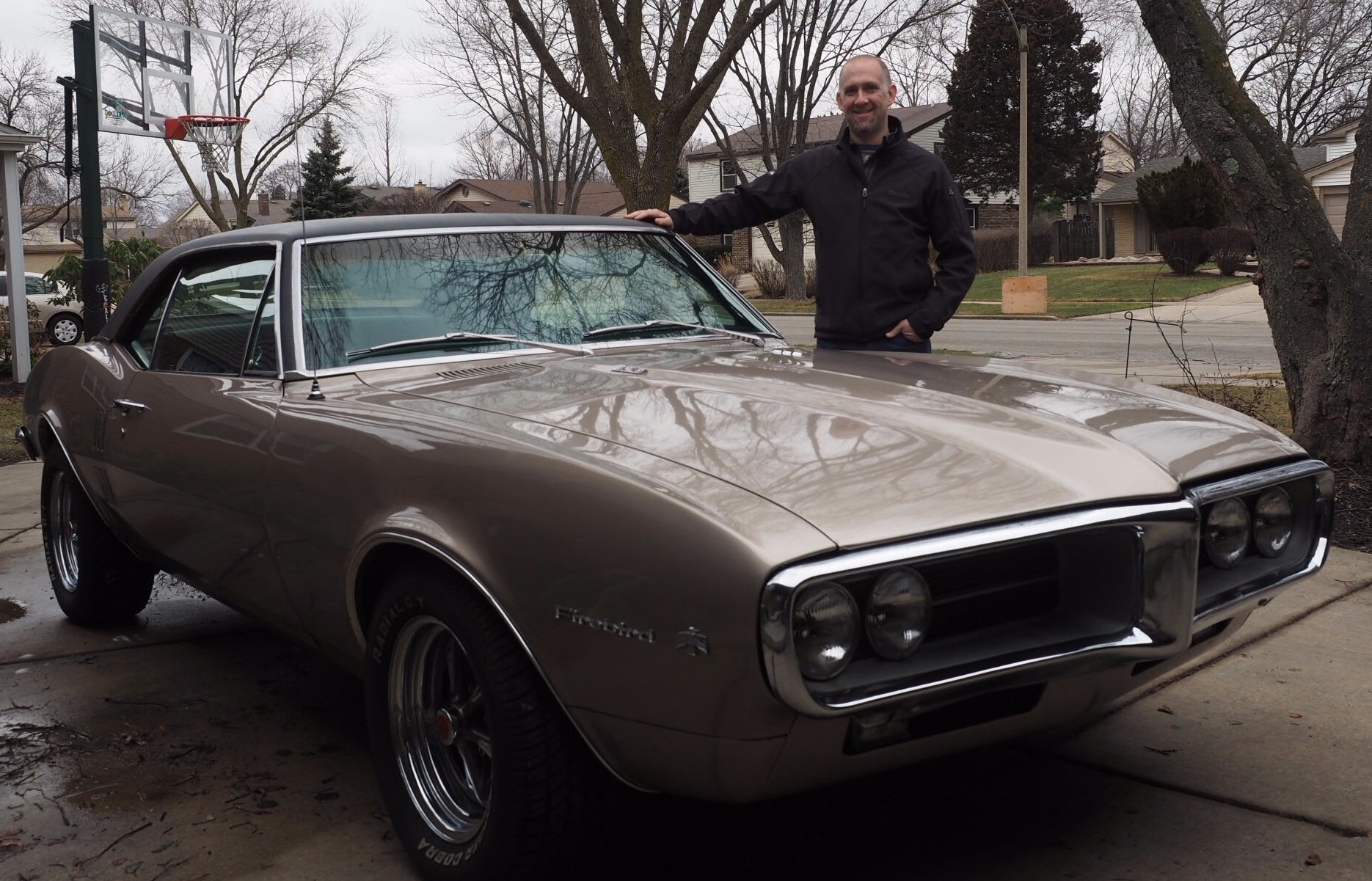 Jared at home with the completed ‘bird ready to hit the streets in the Spring. We can’t wait to see how she performs!

Jared tells us that “Everyone that worked on the project did such a great job, the car is awesome and I plan to drive it as much as possible.  My 18 and 15 year old sons love it and so does my 7 year old daughter.”

(Story and pictures by Jared Simon and Dave Armstrong.)