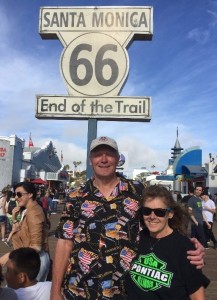 We’ve been following members Dave and Mary Jo Sullivan on their epic road trip on hstoric Route 66 from northern Illinois all the way to the end of the road in Santa Monica California.  They took the whole trip in their vintage 1967 Pontiac Firebird convertible.  Having accomplished their goal to travel the entire length of the old “Mother Road”, now it’s time to head back home.  Being the adventurers that they are, they took a wonderful sceinic route back home, that we follow in this last installment of their story. 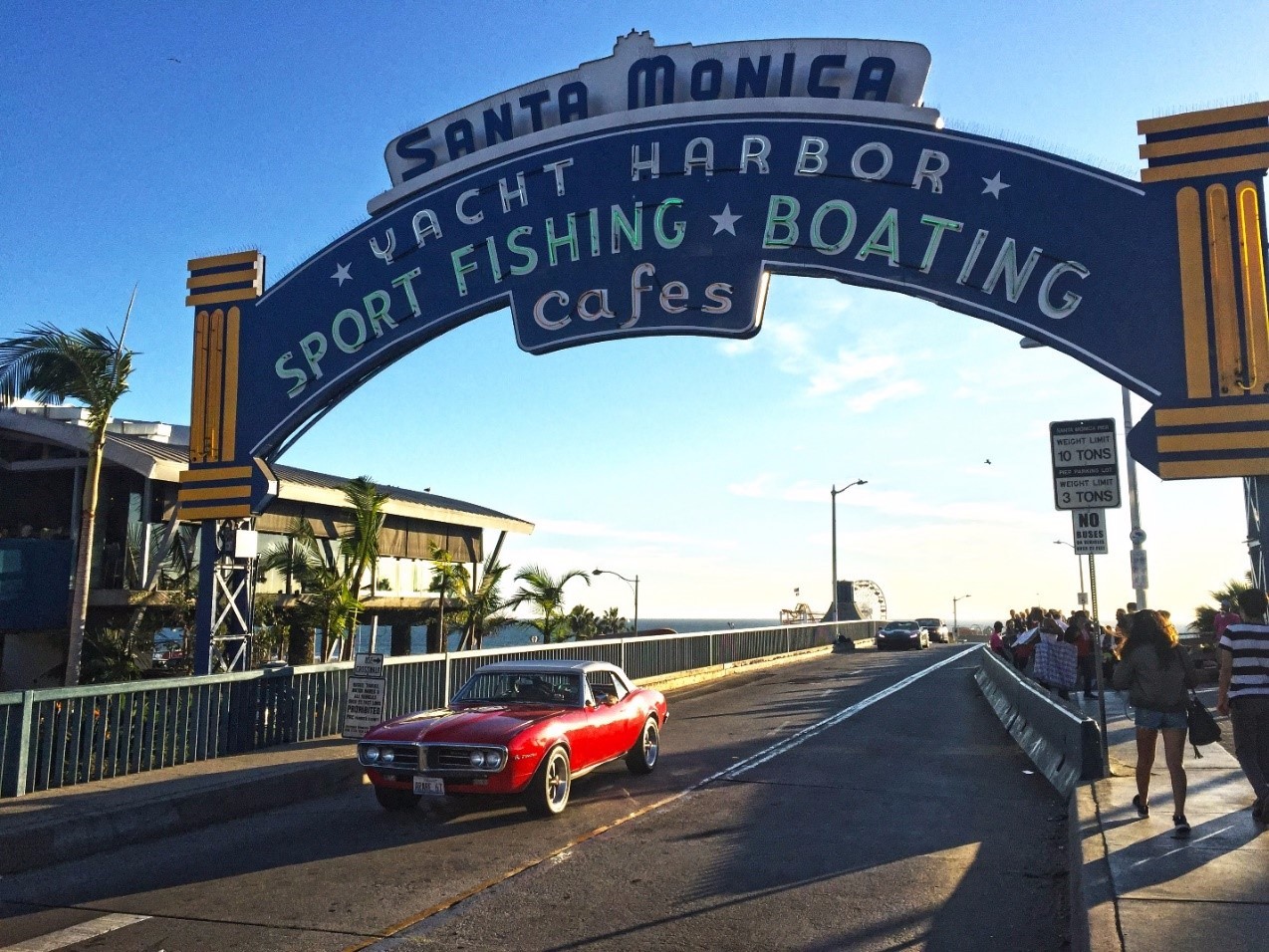 Dave tells us, after Spending Time on the Santa Monica Pier we headed North to Bakersfield and then Mary Jo and I headed up the Coastal Highway to visit the Golden Gate Bridge. I wanted to get some photos of the Firebird near the bridge and along the Pacific coast. State Route 1 is such an awesome drive along the ocean. Don and Marge headed up North in California to visit friends for a few days and then we would meet up again near Reno Nevada on our way home along the Lincoln Highway and the Pony Express Route. This also gave us a little time to rest visit NAPA Valley.

As we traveled along the highway we met up with one of our Canadian friends from the trip. For many people on the Route 66 Motor Tour Santa Monica was the destination. For me it was the Golden Gate Bridge. I have a special interest in bridges and I have hundreds of photos of bridges in my collection. 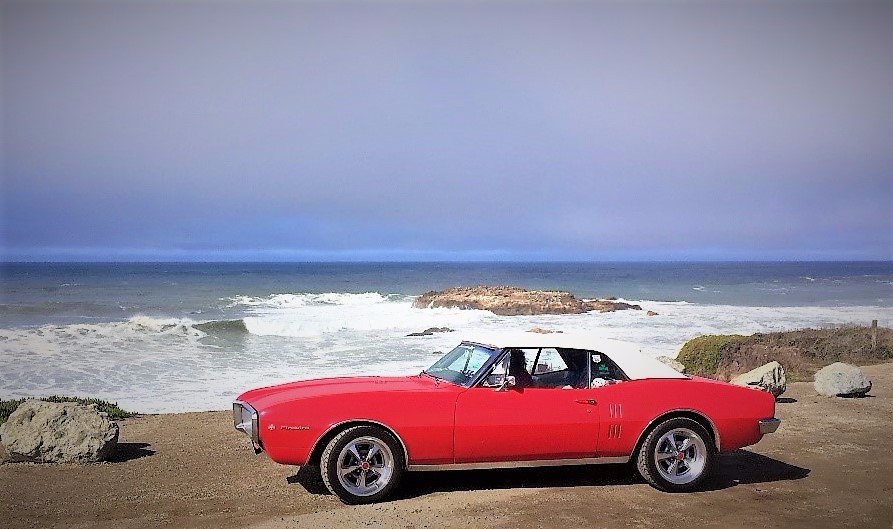 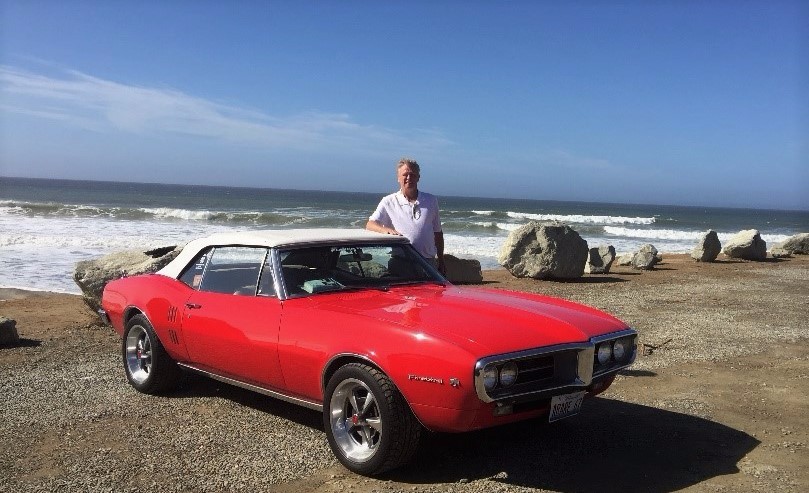 In these photos, I was able to drive the car down very close to the Pacific Ocean. 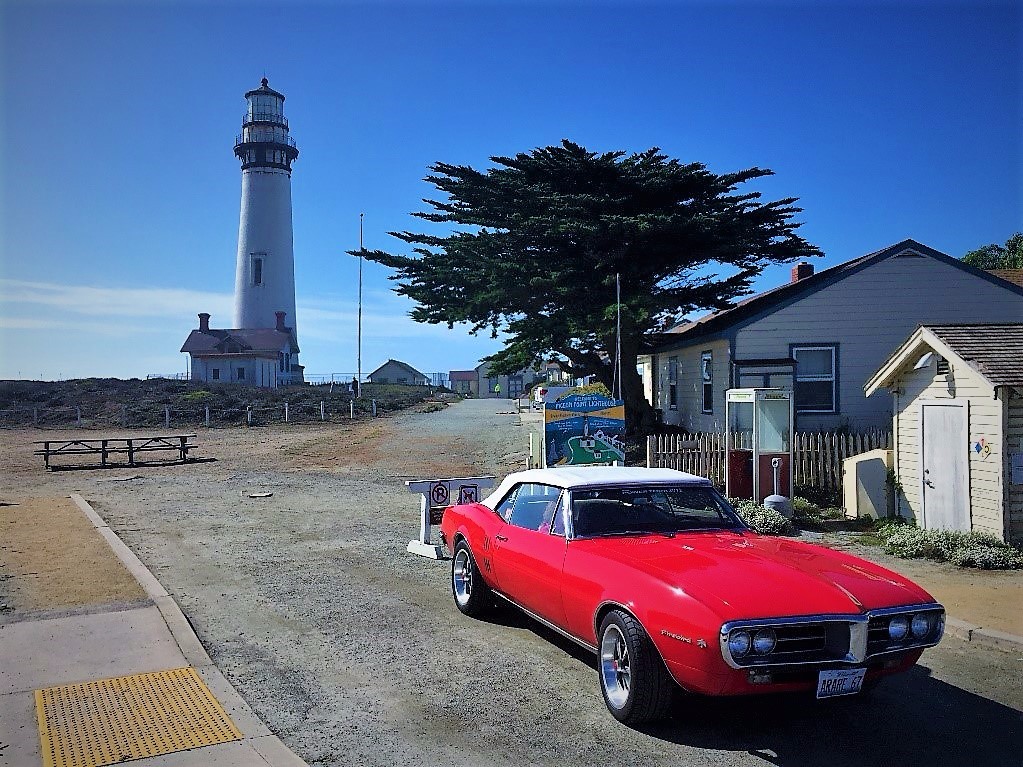 The trip along the Pacific Coast was very very nice and we could stop and take some great photos, like this one with the light house in the background. 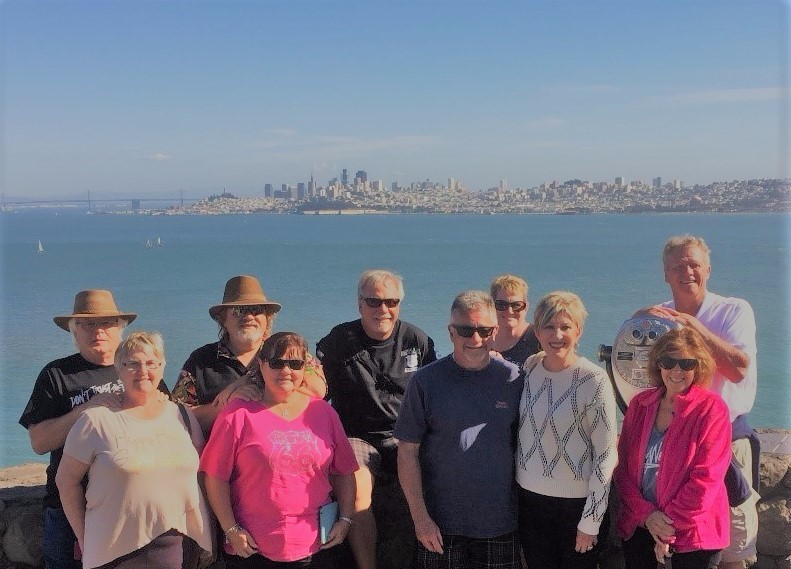 As we arrived at the Golden Gate Bridge Park we found more Canadian Friends as they headed home. 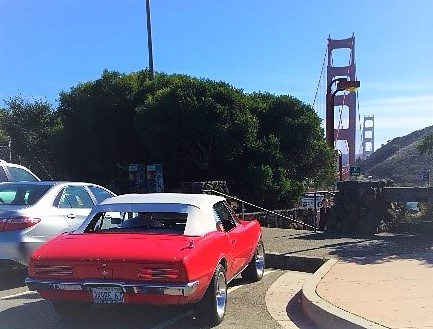 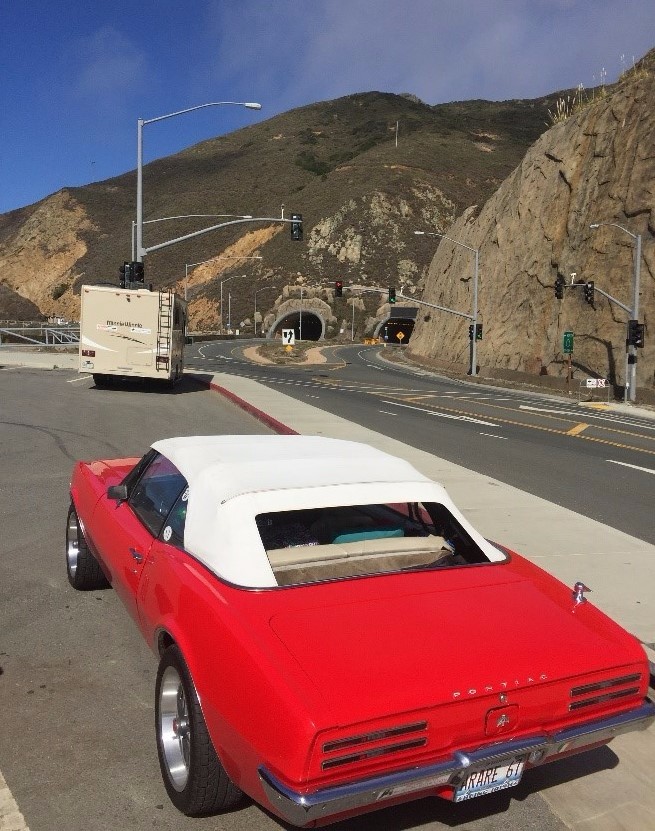 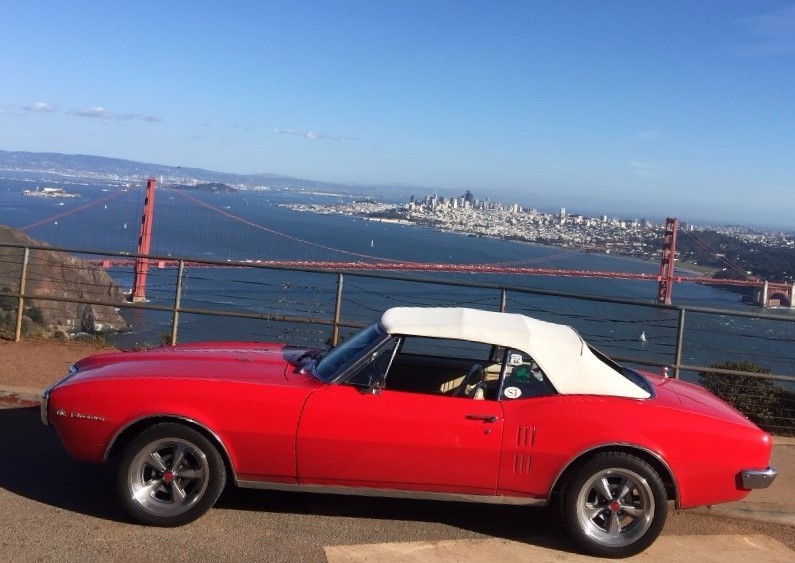 This view of the Golden Gate Bridge is just priceless! 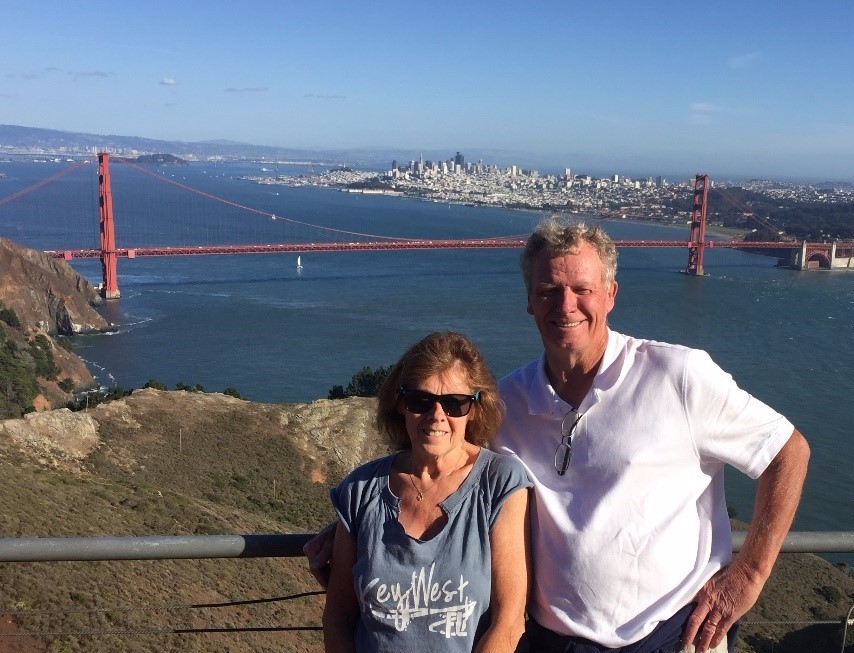 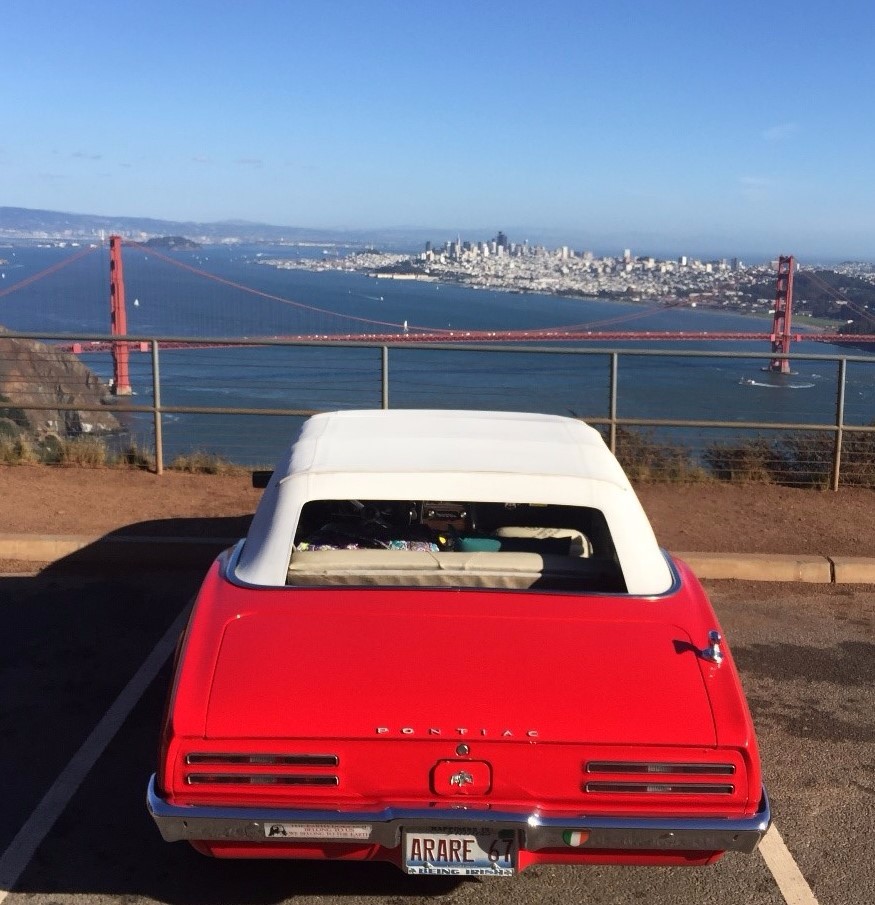 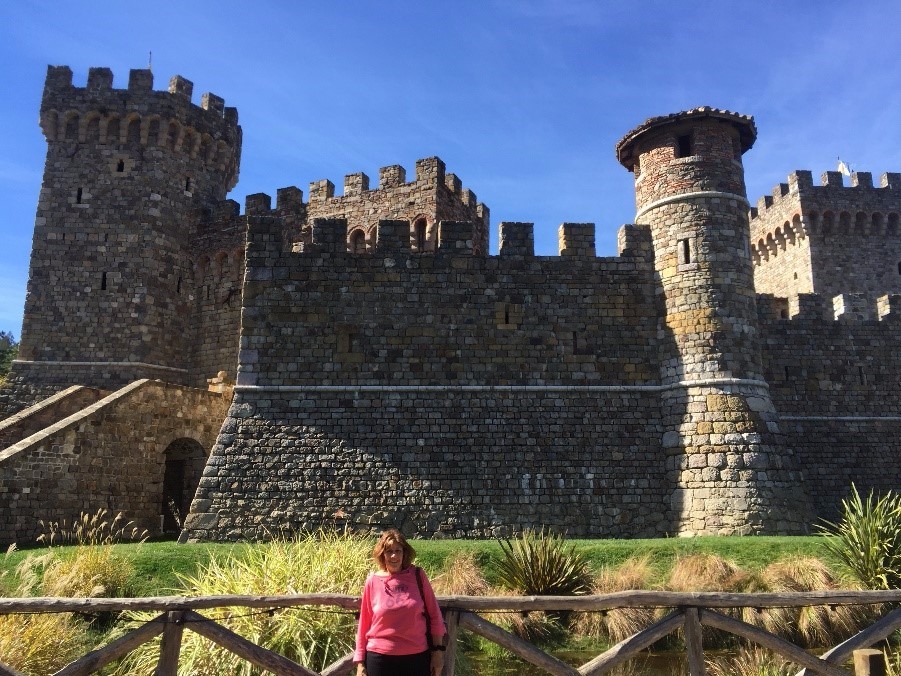 Here in the NAPA Valley we visited many cool sites in the area. Mary Jo would like to spend more time there exploring the stunning beauty of the area.

After meeting back up with Marge and Don we headed out on the Nevada Route 50 known as the “Loneliest Road in America.” 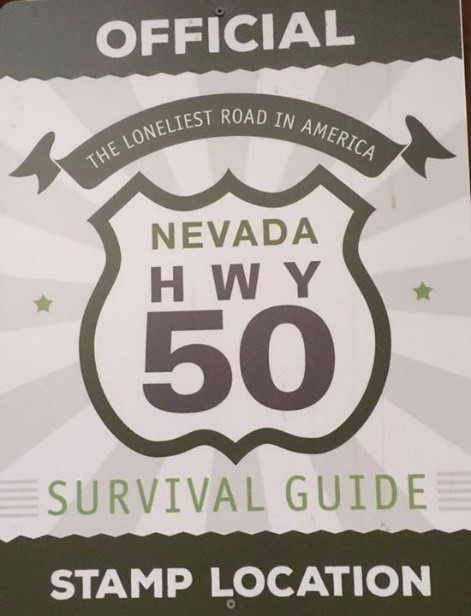 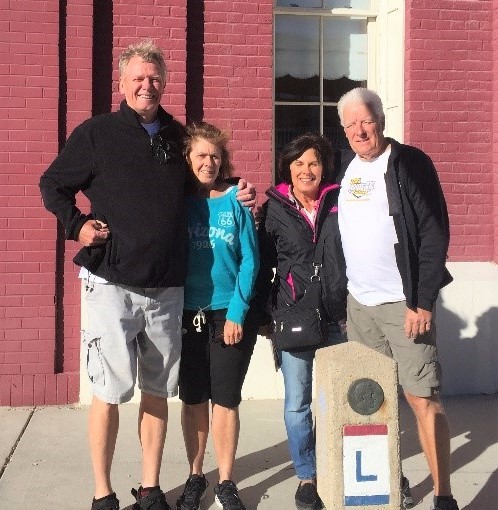 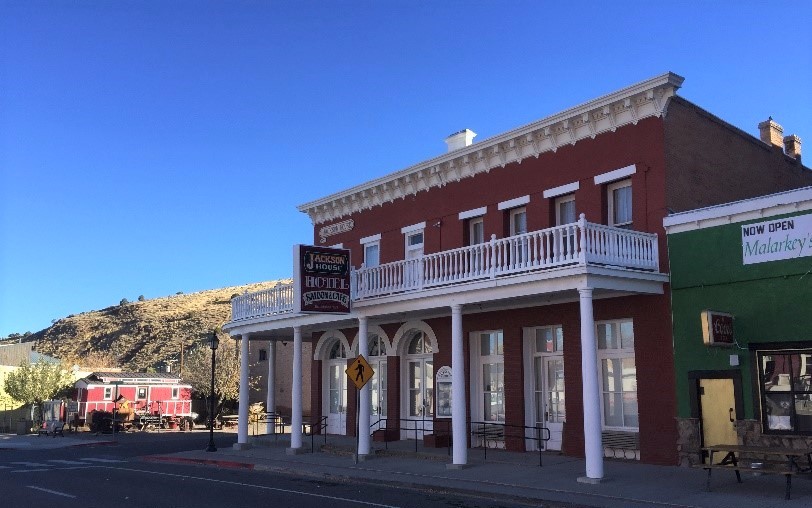 As the “Loneliest Road in America” It is a place you do not want to be low on gas or have car trouble as the towns and gas stations are a long distance from the small mining villages that exist.

This photo show the loneliness of the highway in Nevada and how the high desert has passes that the highway meanders around the very difficult and wild terrain. 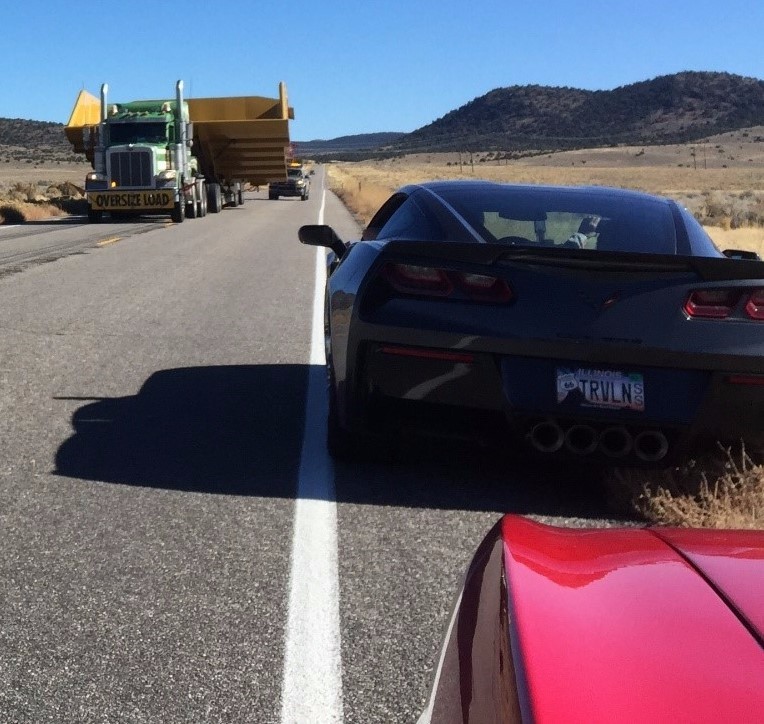 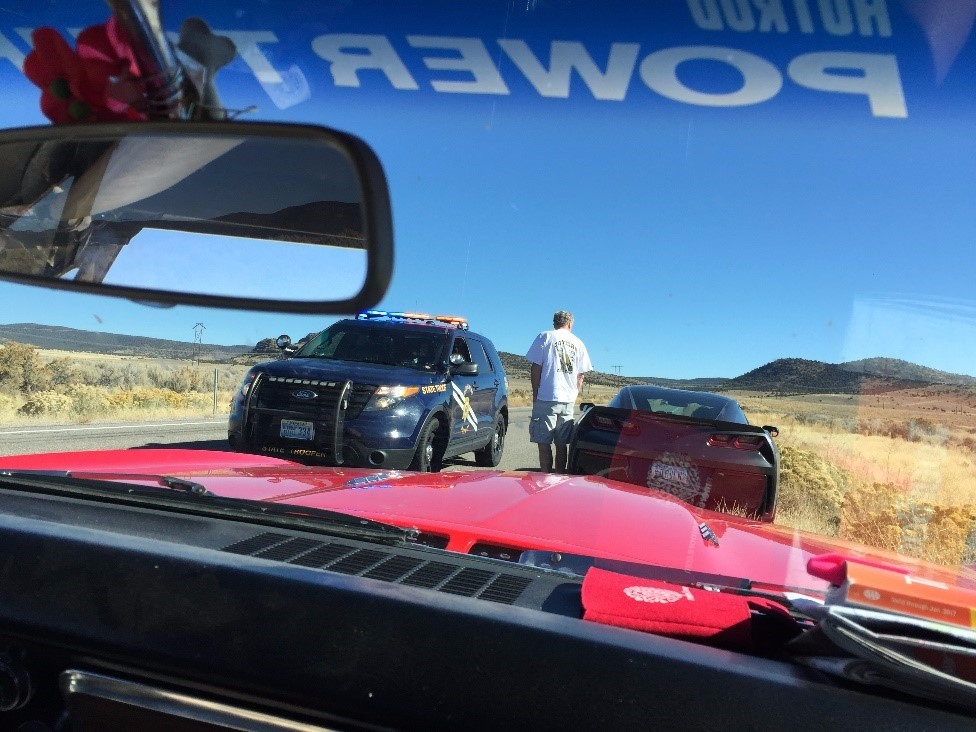 About the only traffic you would meet were other tourist and some occasional mine equipment be transported to the mining areas that are still active.  Here we were asked to please get off the road completely. The Police escorted the equipment and some were friendly and some not so pleasant. 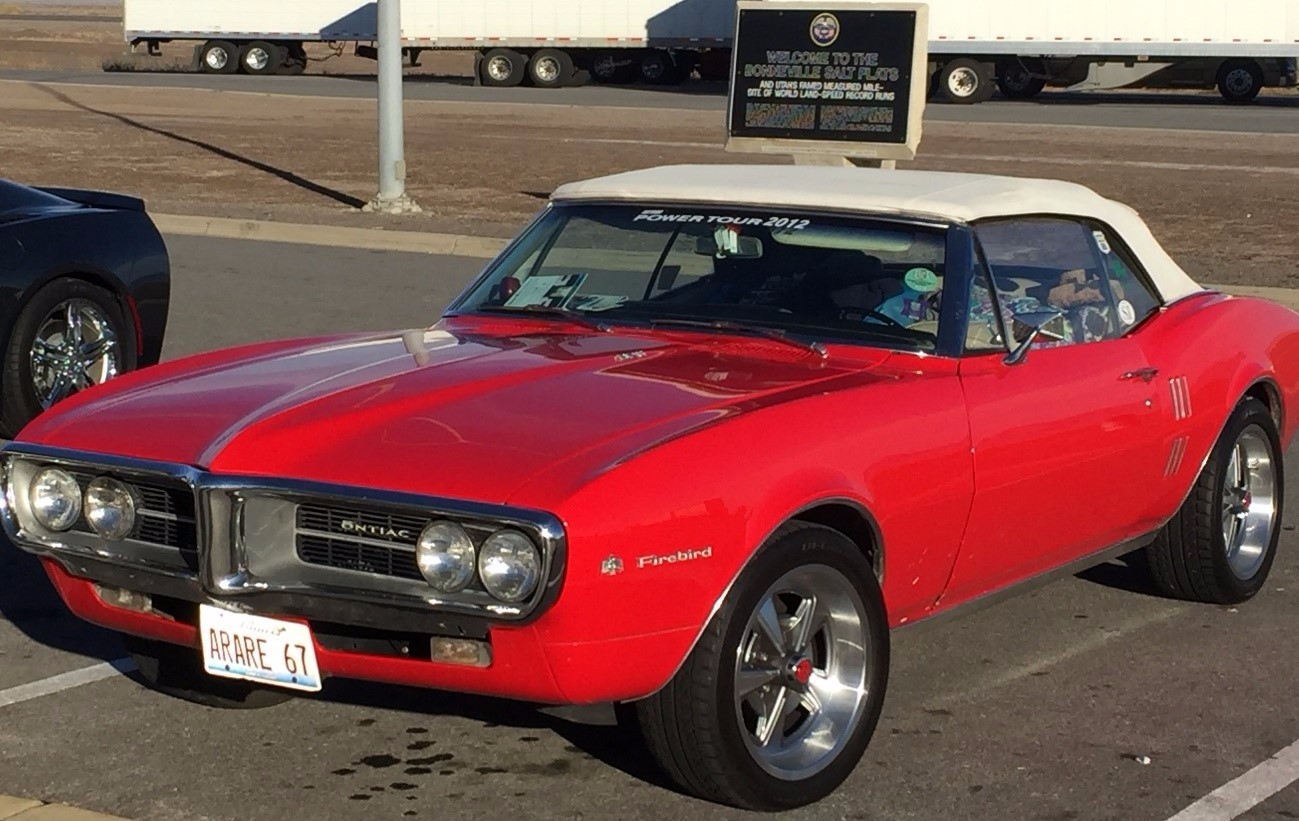 As we entered Utah we stopped at the Bonneville Salt Flats Café and had lunch and took a couple photos. 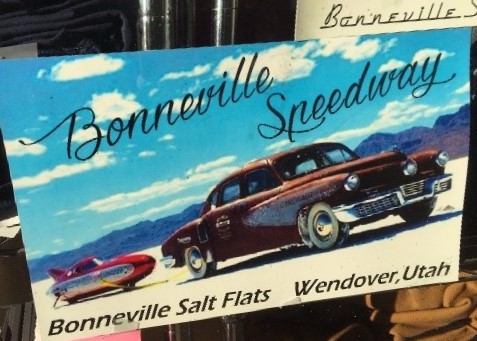 As the night before we finally had a chance to wash our cars for the first time in about 3 days. At this point we had resolved to drive mostly on the Interstate as the roads and Pony Express Trails were starting to get old.  The weather on the way home was pleasant for the end of October and after 3,500 miles in the Firebird we were ready to pass by many of the towns we would have normally stopped to explore. At some point, we will revisit some areas along the Lincoln Highway and do some of the side trips that are in the area. 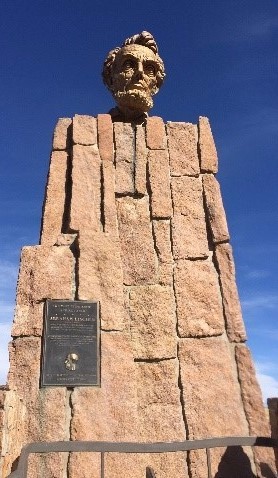 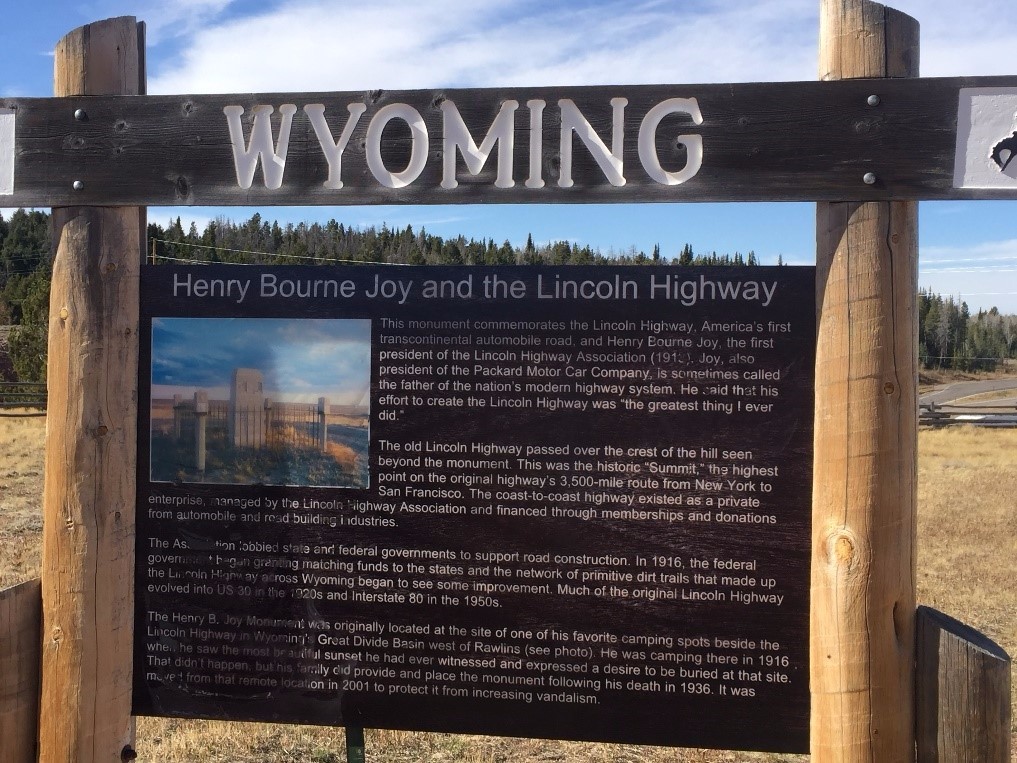 We did stop at Salt Lake City for lunch and visited the historic Temple Square.  As we traveled back home we did visit many nice sites along the Lincoln Highway and the Pony Express trails. 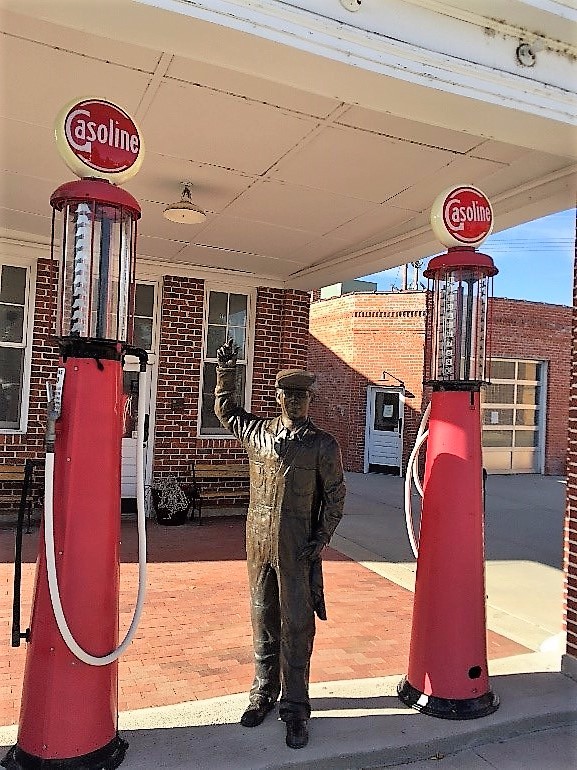 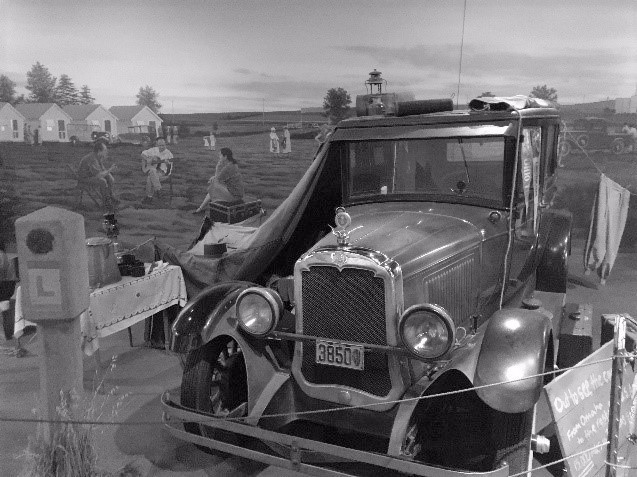 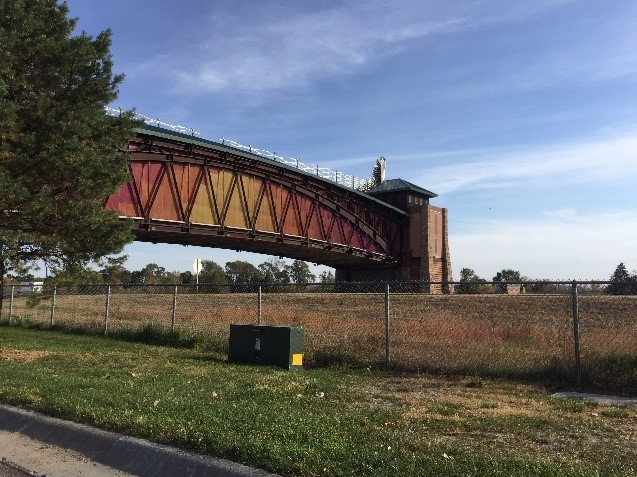 The Lincoln Highway stretches from New York to San Francisco.

“The idea of the Lincoln Highway came from the fertile mind of Carl Fisher, the man also responsible for the Indianapolis Motor Speedway and Miami Beach. With help from fellow industrialists Frank Seiberling and Henry Joy, an improved, hard-surfaced road was envisioned that would stretch almost 3400 miles from coast to coast, New York to San Francisco, over the shortest practical route.

The Lincoln Highway Association was created in 1913 to promote the road using private and corporate donations. The idea was embraced by an enthusiastic public, and many other named roads across the country followed.

Americans’ enthusiasm for good roads led to the involvement of the federal government in building roads and the creation of numbered U.S. routes in the 1920s. The Federal Highway Administration and the Interstate Highway System are the culmination of these efforts.” 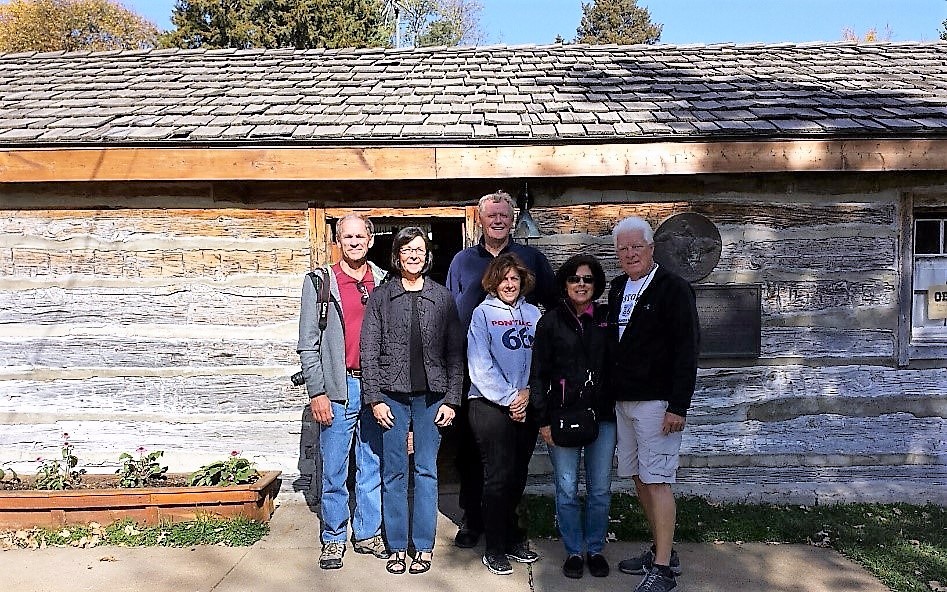 Above at the Pony Express Cabin in Gothenburg Nebraska we met us again with Pam and Paul from near Peoria Illinois where we joined them for lunch. Paul and Pam joined the tour out west. 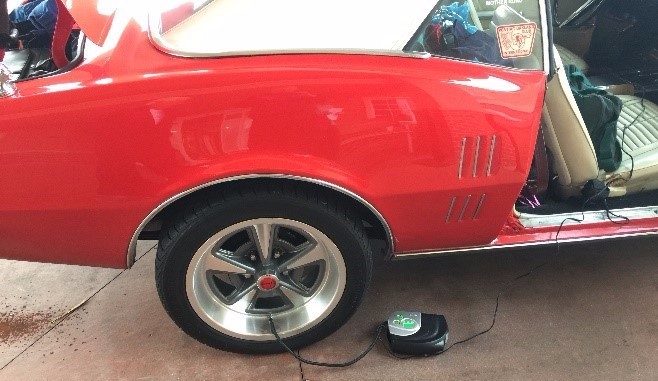 Near Omaha Nebraska I came out of the hotel and found a flat tire with 4 nails I had picked up on Interstate 80 the night before.  After a new tire was installed we drove back and arrived home that night. 26 days on the road. Happy to be back home in Pontiac, it was such an awesome trip.  The End. 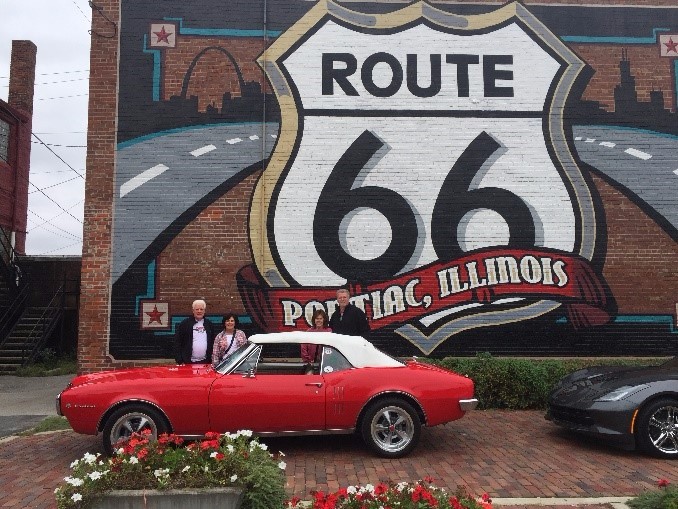 We hope you enjoyed this four-part story of their Trip of a Lifetime on historic Route 66, as much as we enjoyed bringing it to you.  If you want to take a trip like this, you can contact www.route66motortour.com or call them at (517) 881-2329 or just ask Dave and Mary Jo, I’m sure they would be happy to tell you more!

(Story and pictures by Dave and Mary Jo Sullivan.)