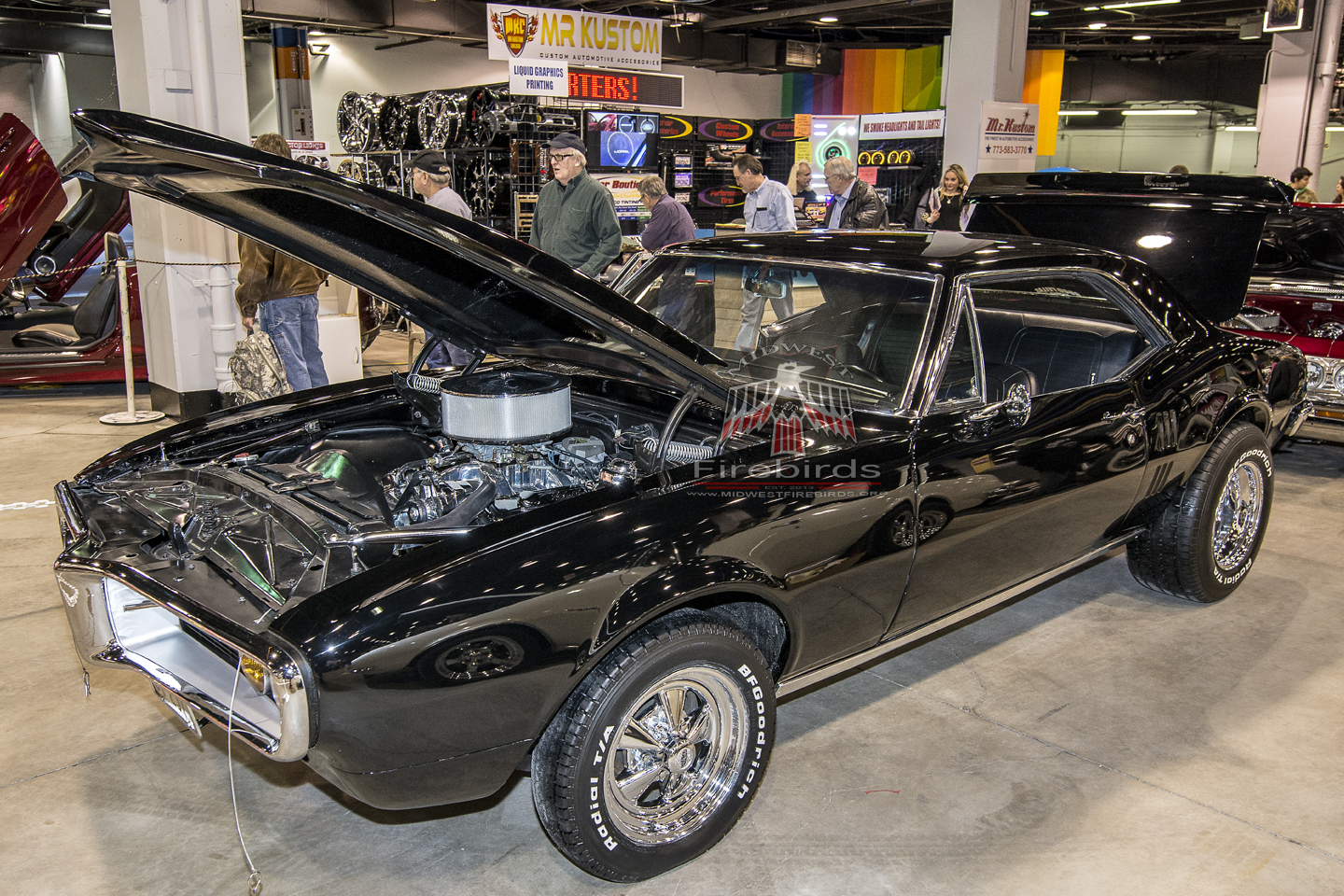 We certainly spent a lot of time with ‘Essence’, the jaw-dropping 1967 Firebird custom, on display at the 2014 World of Wheels show. But that wasn’t the only first-generation Firebird we found. This coal black 1967 coupe was also parked on the show floor. Nick Ispas, from Overland, IL is the proud owner. His Pontiac muscle machine looked ultra clean from the outside, complemented with Cragar wheels and center-mounted amber driving lights up front. The interior was equally tidy and presentable. Aftermarket auxiliary gauges, steering wheel, race tach and performance shifter marked the deviations from stock. Things looked ultraclean underhood with a bit of extra chrome parts thrown in for added sparkle. All told, Ispas’ ride presented well and looks to be a blast to drive. We hope he has lots of road time planned this season! 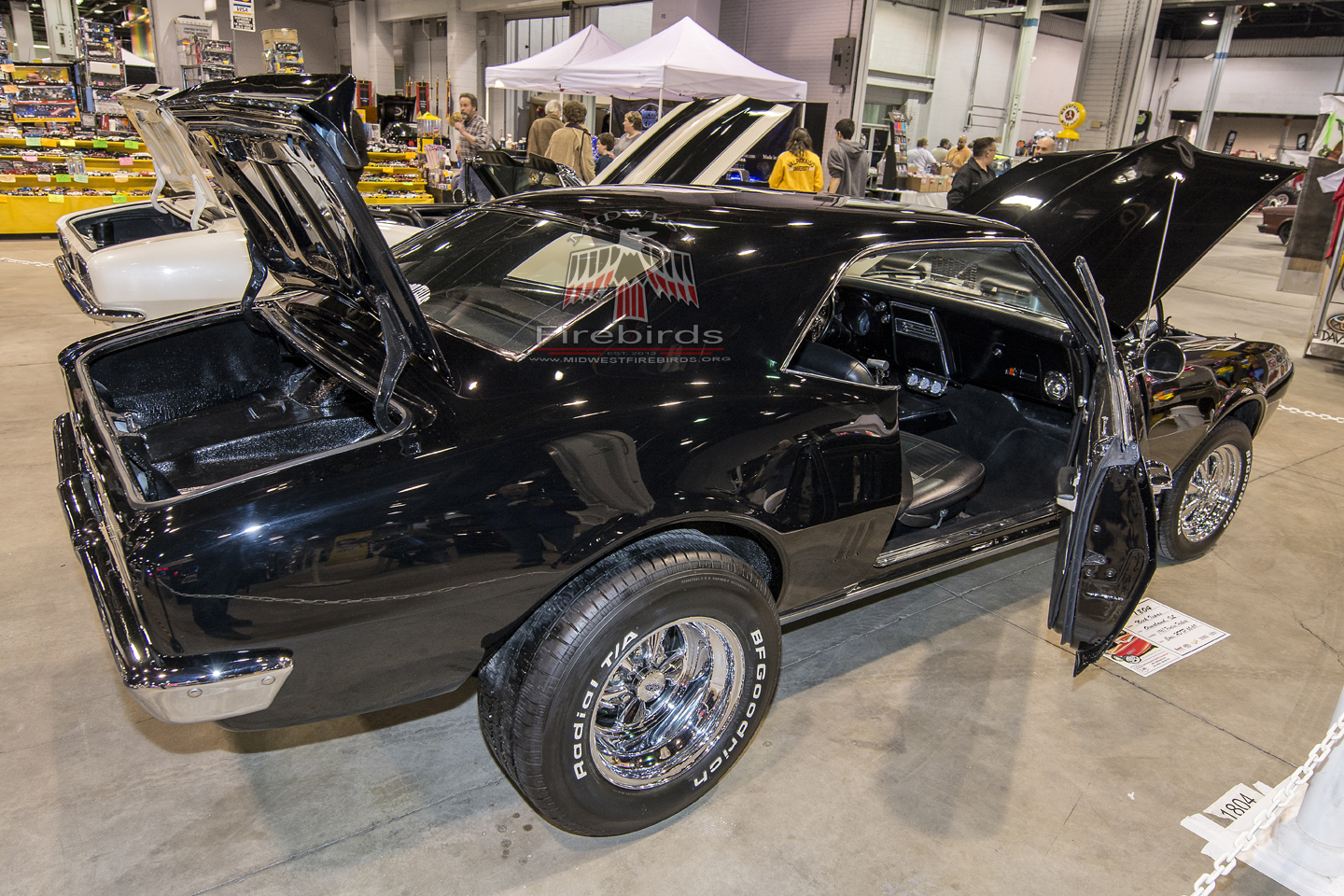 Chrome Cragar wheels were mounted at the corners on an otherwise stock-appearing body. 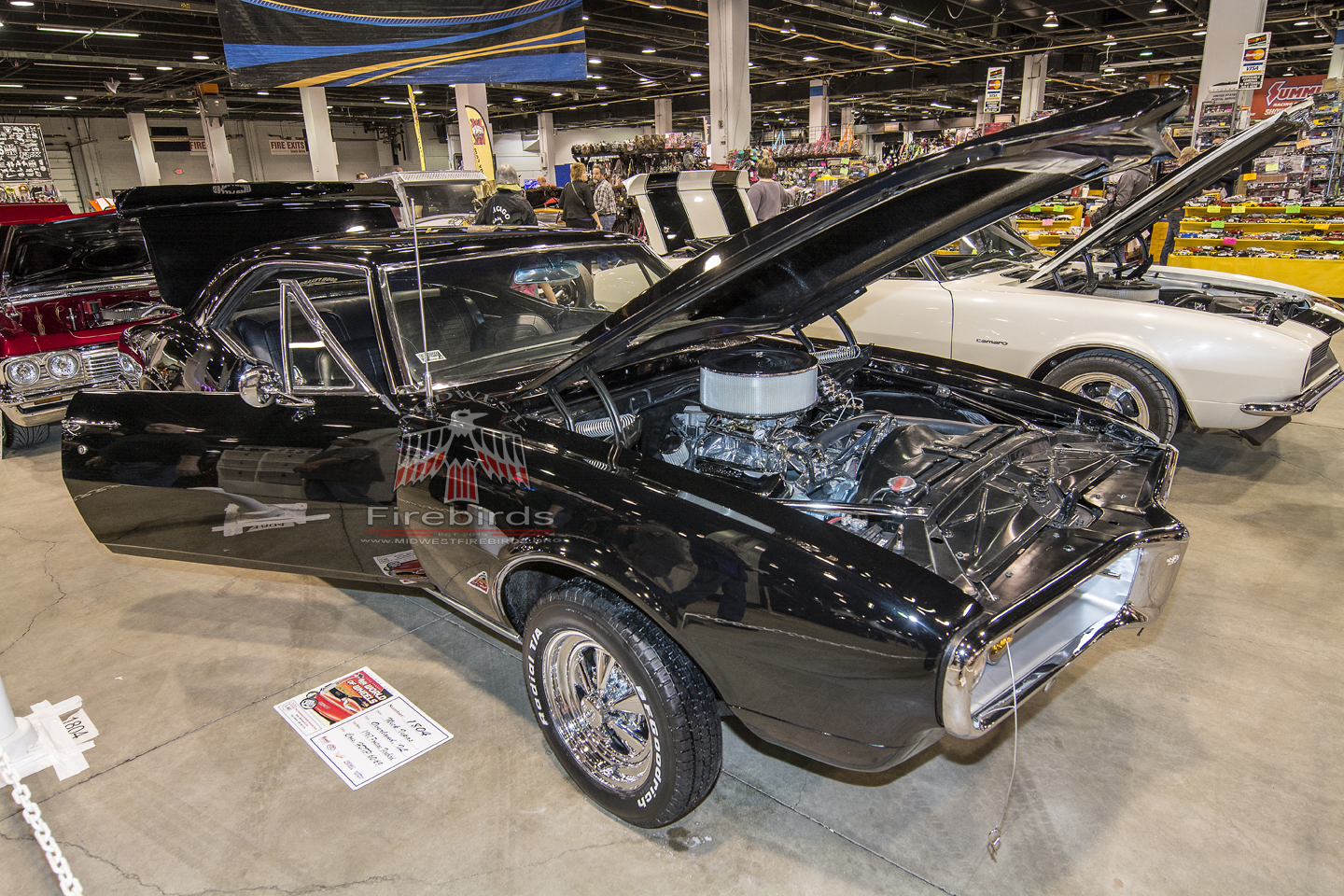 Even from a distance, it was readily seen how clean and attractive Ispas keeps the engine bay on his ’67 coupe. 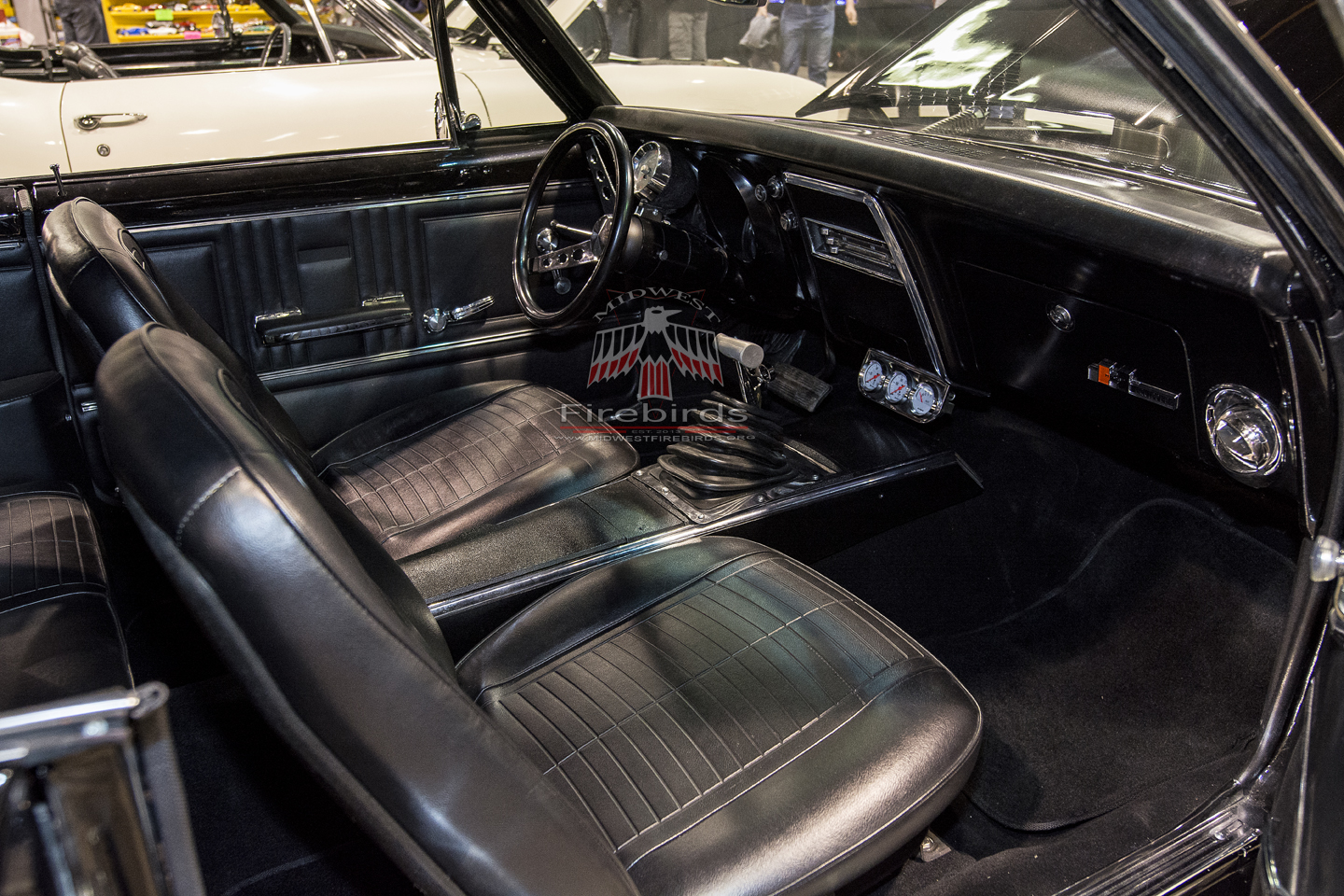 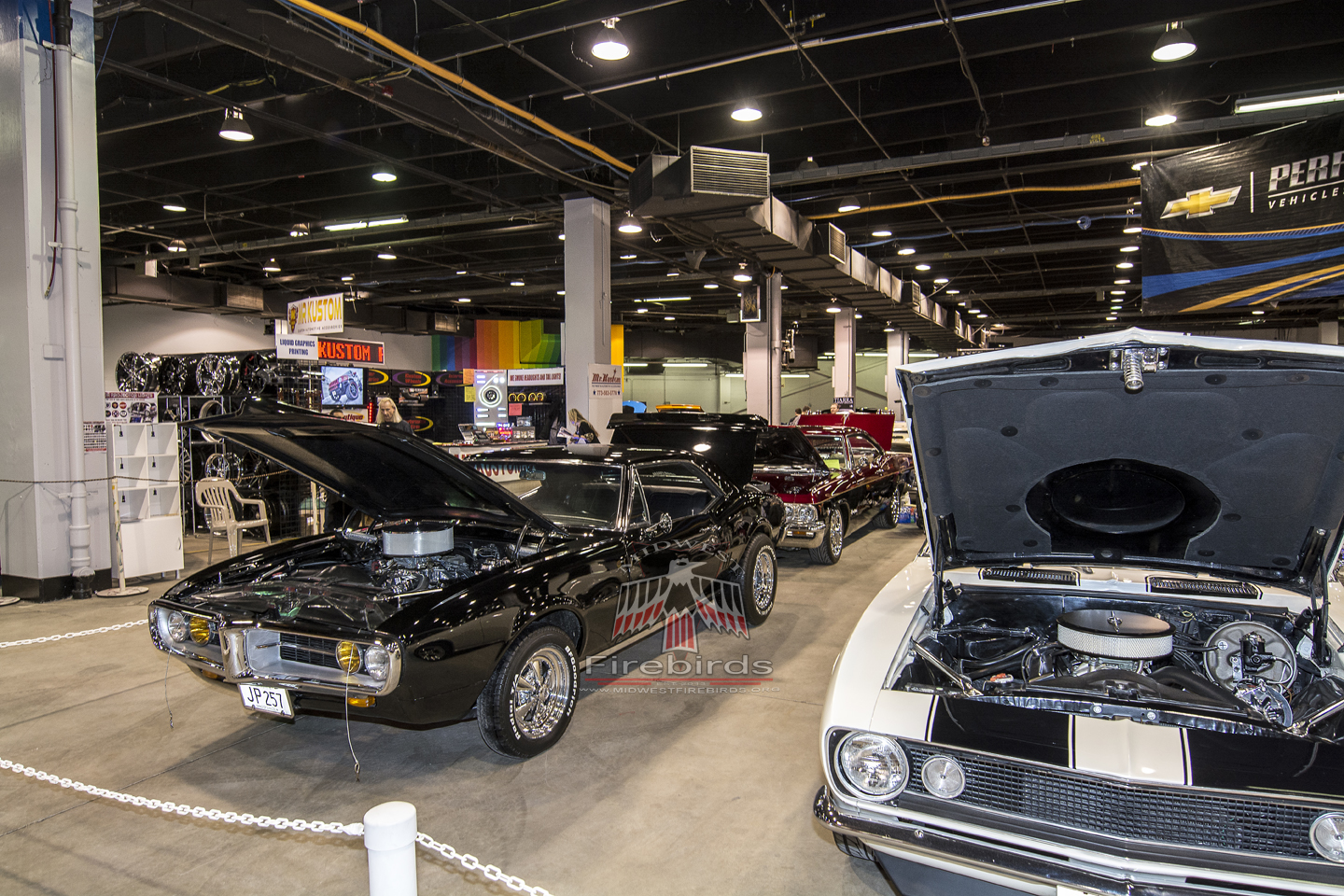 Multiple first-generation Camaros could be found but only three first-gen. Firebirds were on display at the 2014 World of Wheels car show.