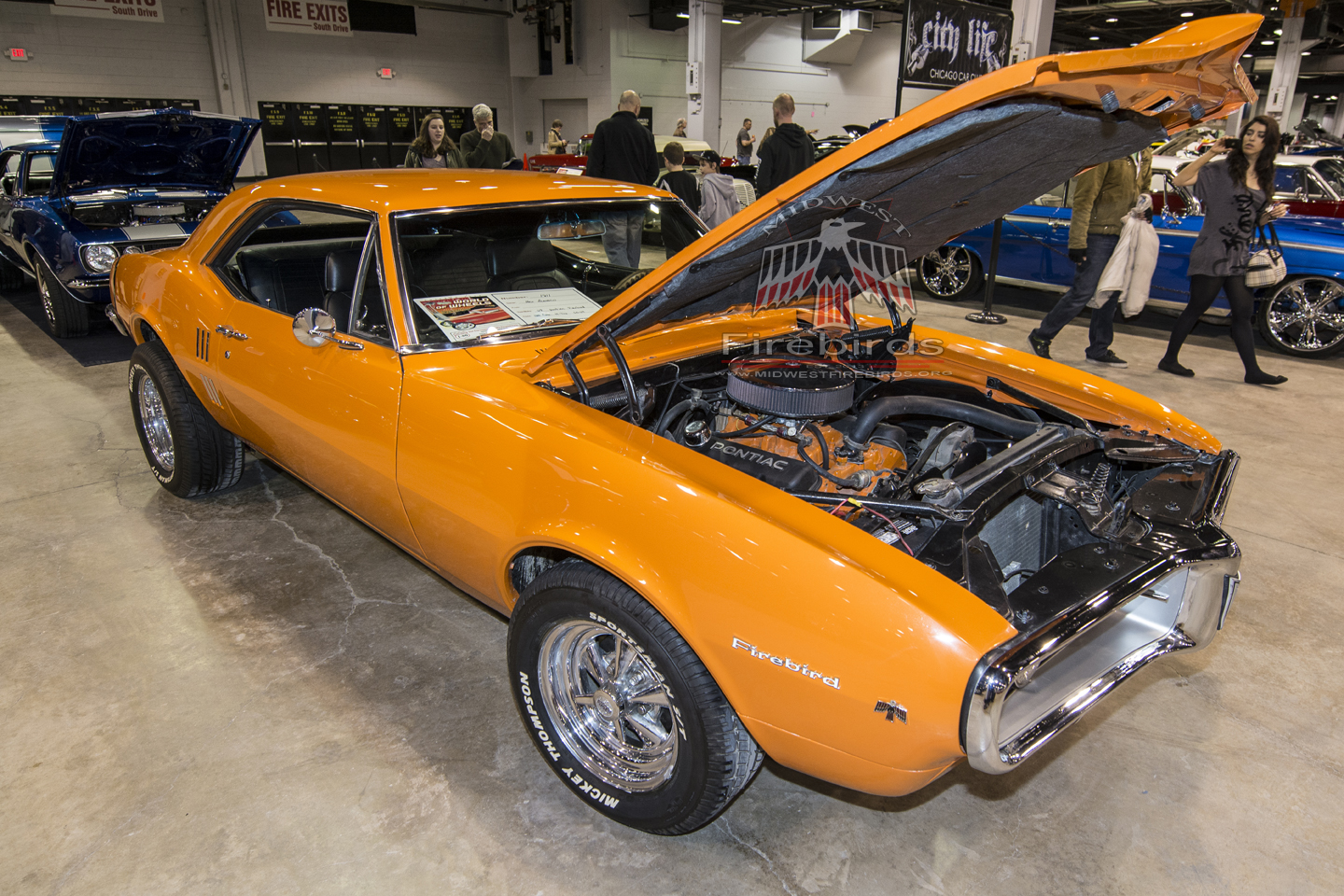 Tucked way back in the Donald E. Stevens convention center was this orange 1967 Firebird coupe. It was part of a trio of 1967 Firebirds on display at the 2014 World of Wheels car show. Alex Aceveoo owns this auburn Pontiac and it appears he’s taken some liberties in customizing his ride. The first item our eyes drifted towards was the Mopar-esque black bumblebee stripe wrapping the rear fenders and trunk lid. Another two-tone touch were the twin black hood vents. That theme carried over into the interior, which featured black upholstery, dash and door panels. Aftermarket gauges were mounted in the cabin.  Cragar wheels were mounted at the corners, wrapped in Mickey Thompson rubber. This ‘bird looked ready to rock once pointed straight on some open asphalt! 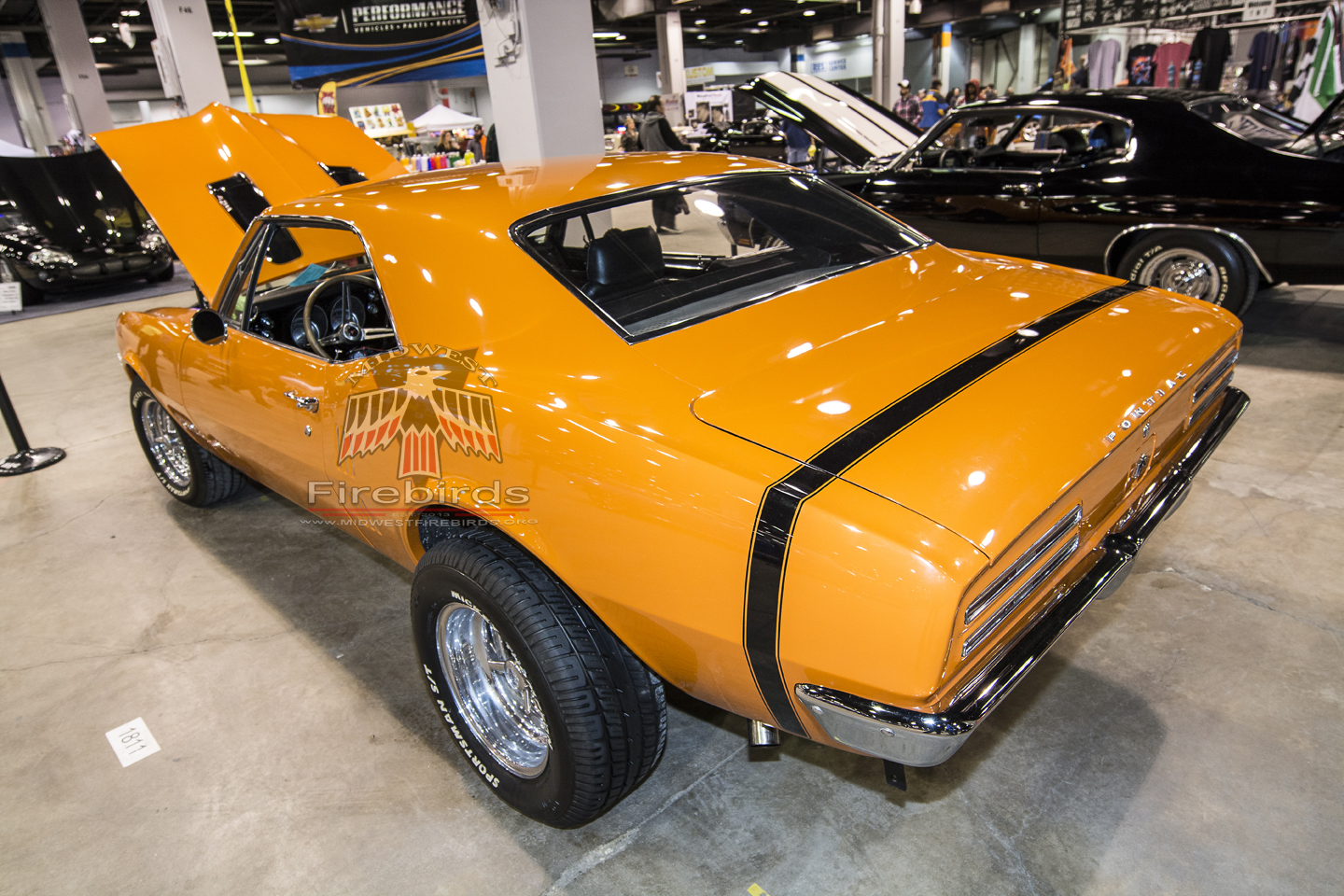 A black Mopar-like stripe wrapped the rear of this ’67 Coupe. 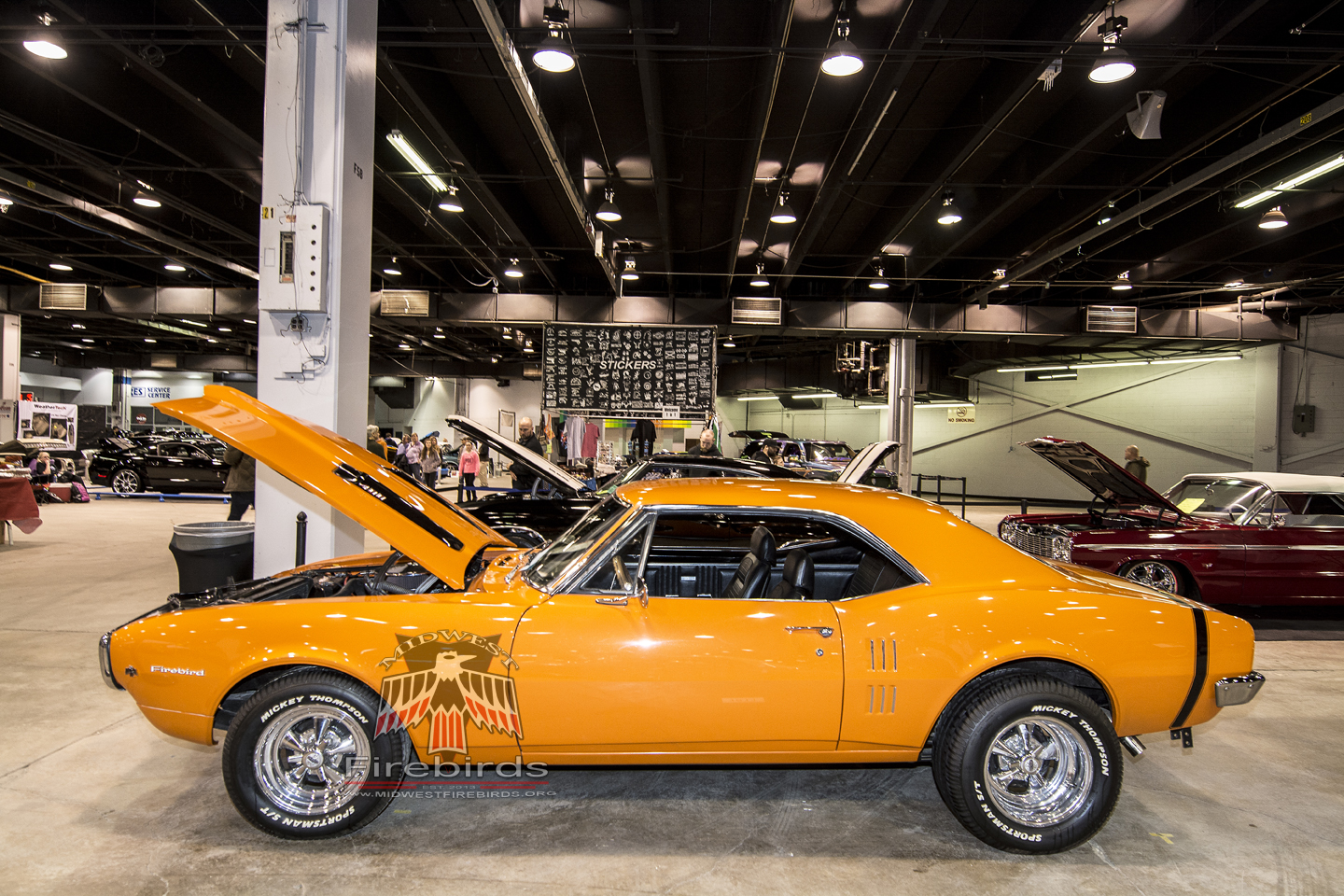 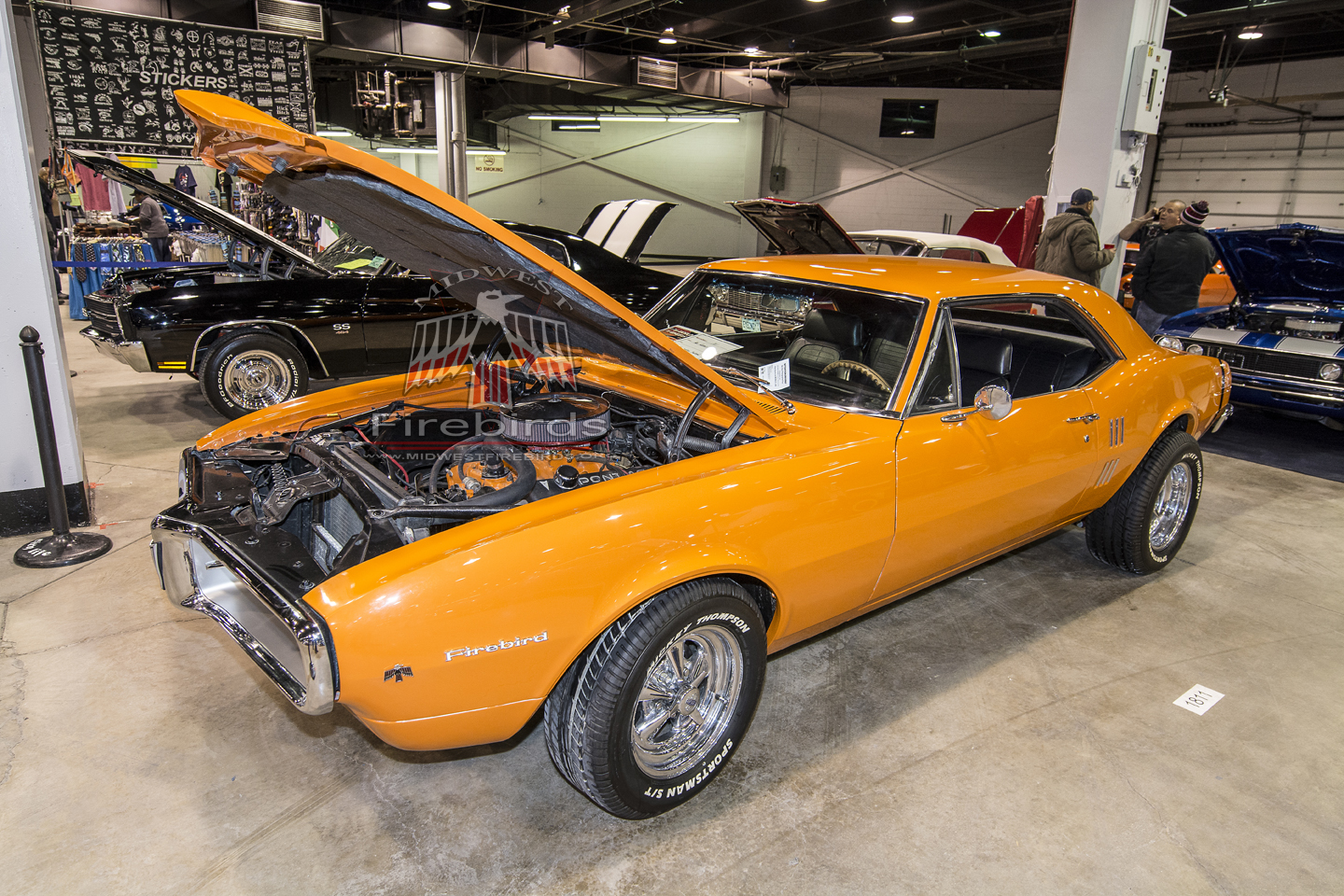 The Firebird was displayed with other examples of iconic American muscle. 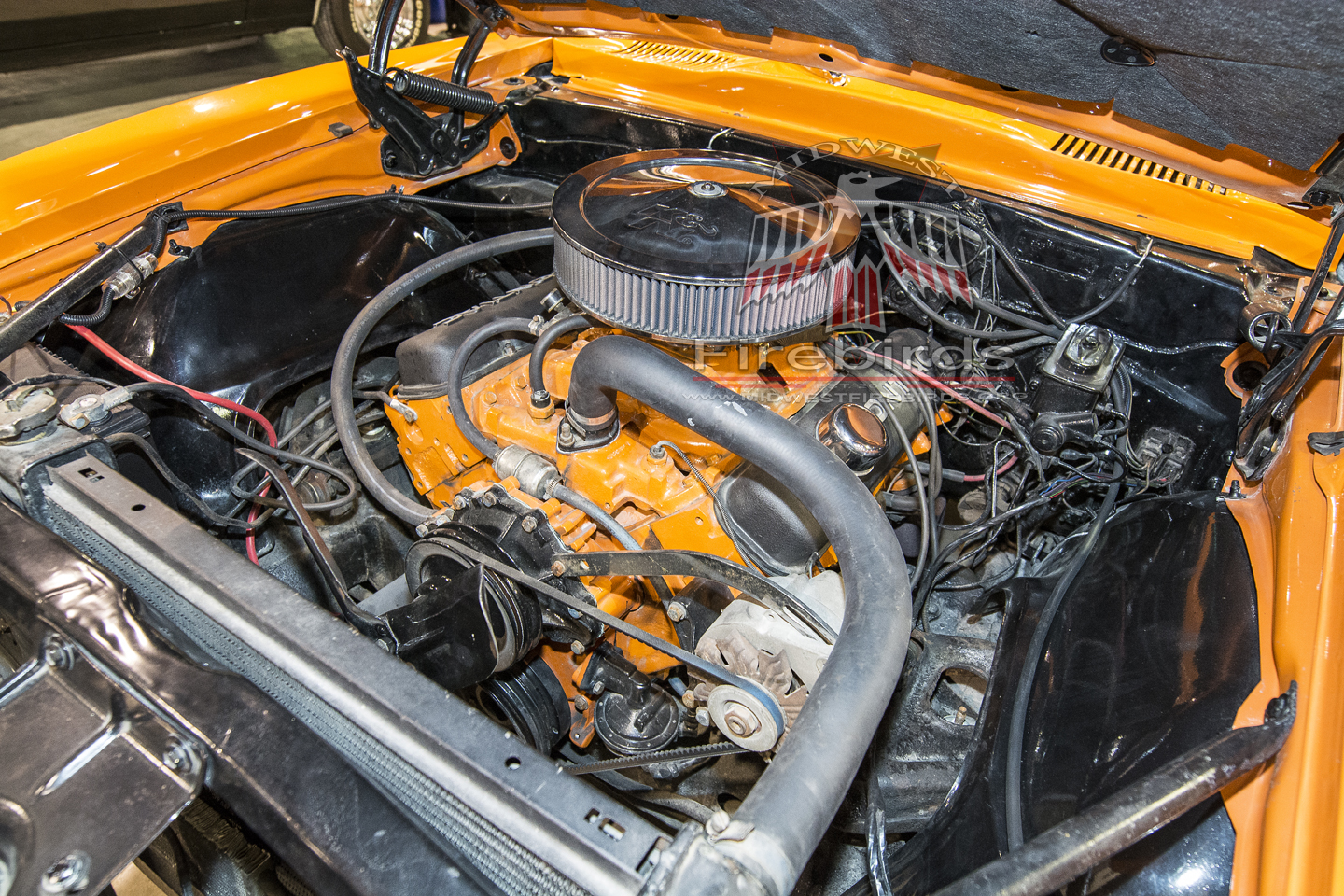 The engine wasn’t pristine but looked ready to roll. 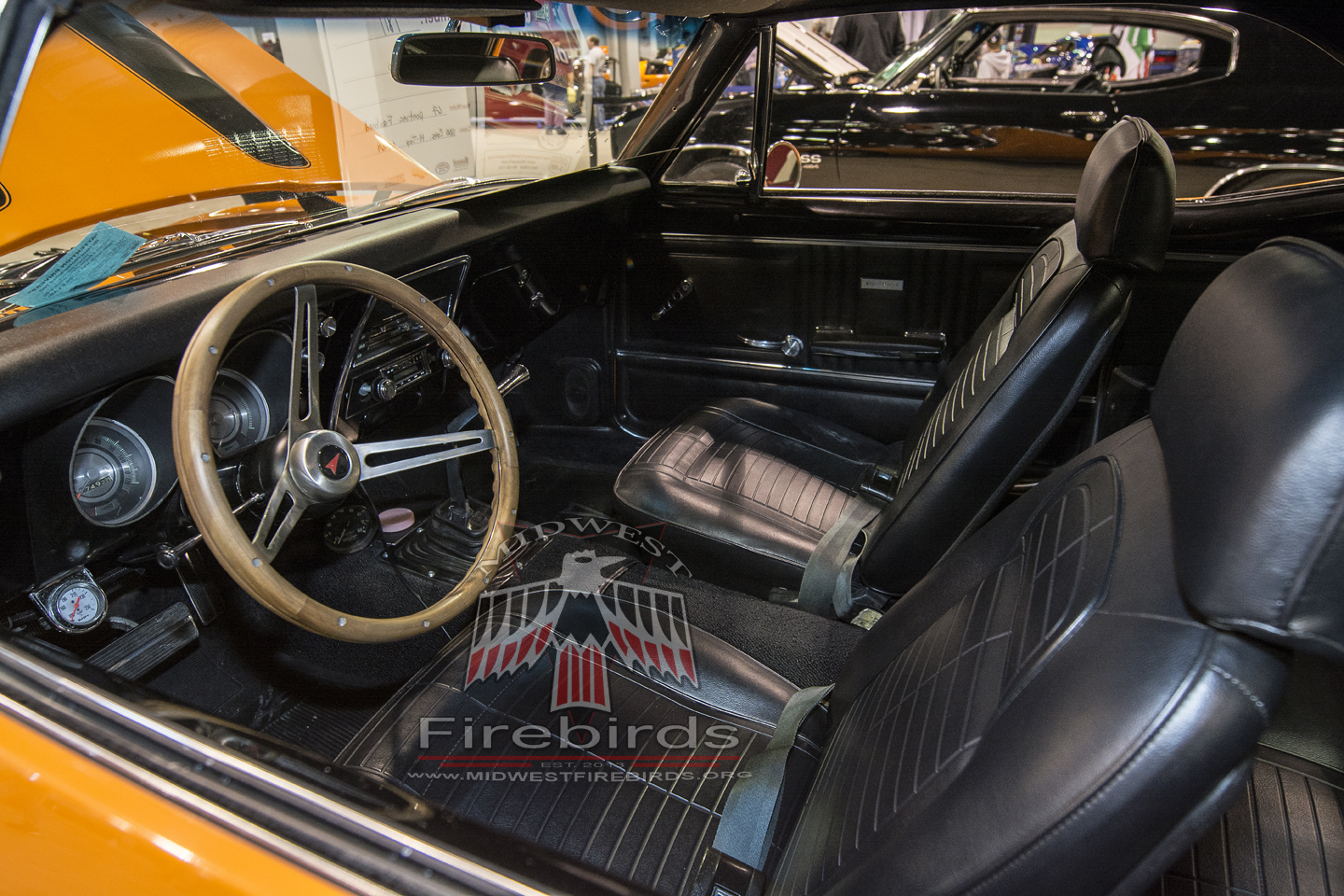 The black interior was neat and attractive. Aftermarket gauges were installed for additional monitoring. 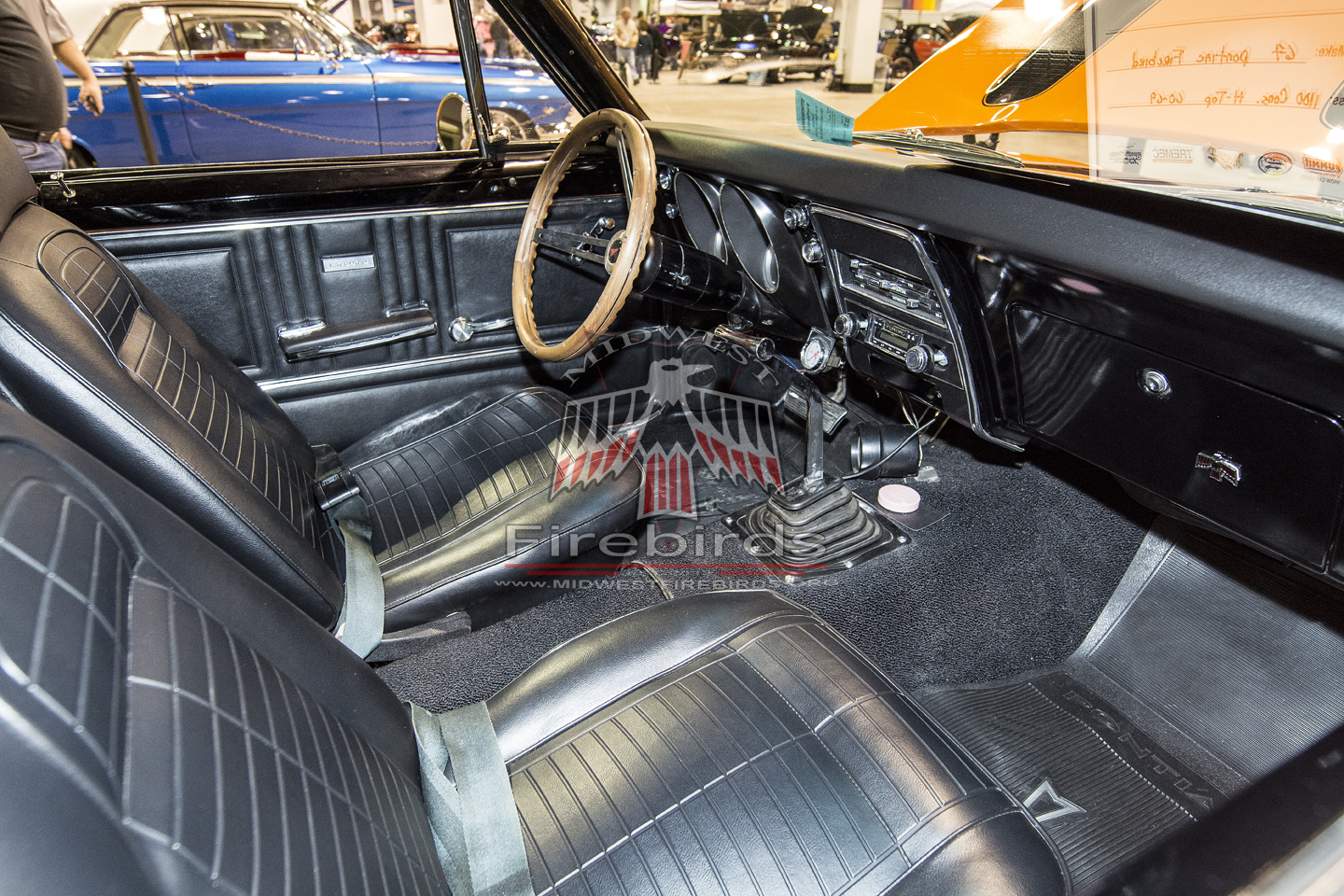 The car was equipped with a manual transmission. 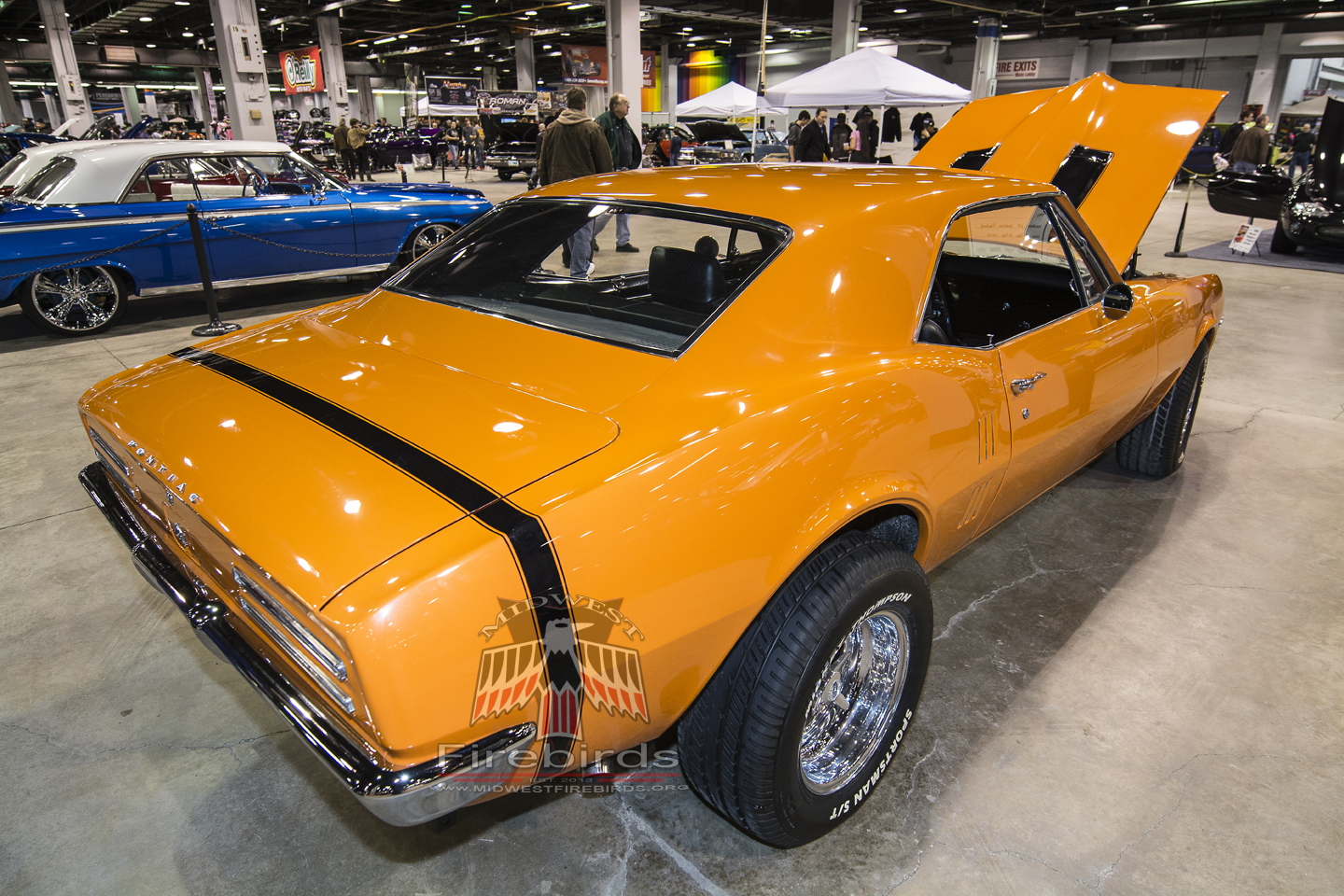 The bright orange paint color had no trouble attracting attention. 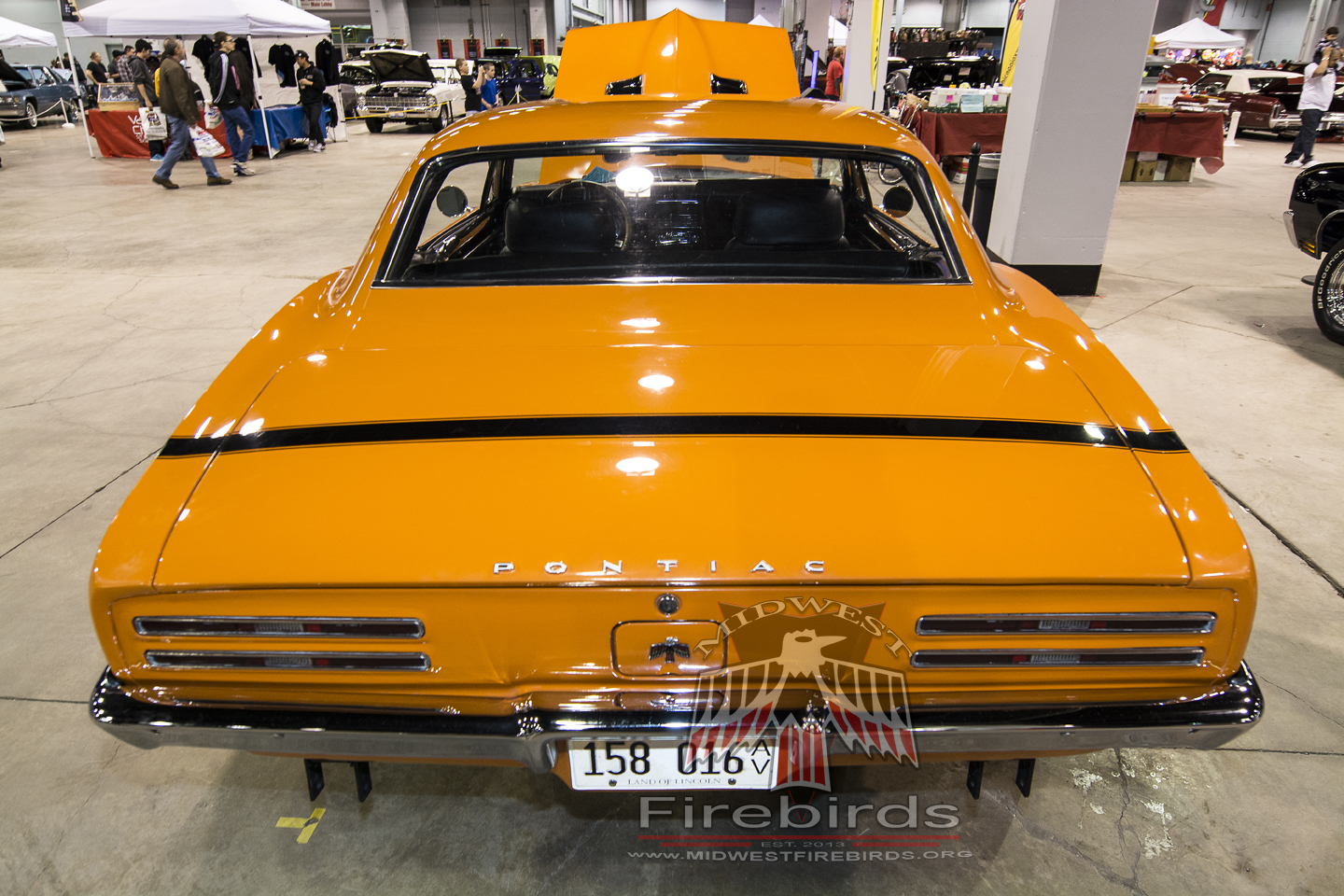 The Firebird was displayed near the back of the World of Wheels car show. 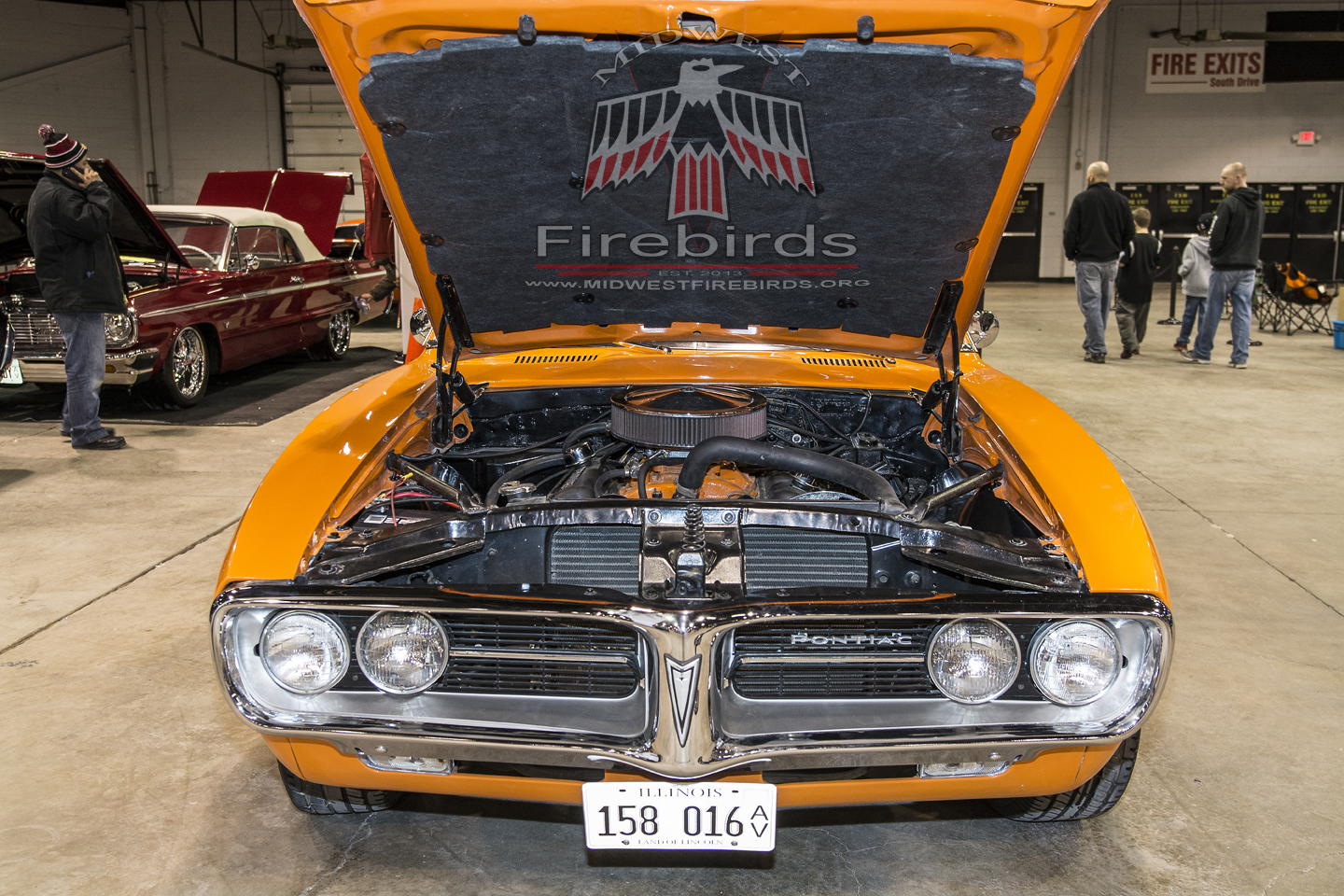 This ’67 coupe was just one of three first-generation Firebirds displayed at the show.