After spending most of the morning at the Lake Delavan show a few weeks ago getting settled in and talking with our Midwest Firebirds members, we ventured out into the show field to see some of the other great cars that were on display.  The organizers said they had 800 cars last year and expected even more this year, which I don’t doubt they hit with all the beautiful cars all over the Lake Lawn grounds.

We wanted to bring you a few of those vehicles that struck us as exceptional or noteworthy, but before we look at the other cars, here’s a few more pictures of a few of our first gen Firebirds… 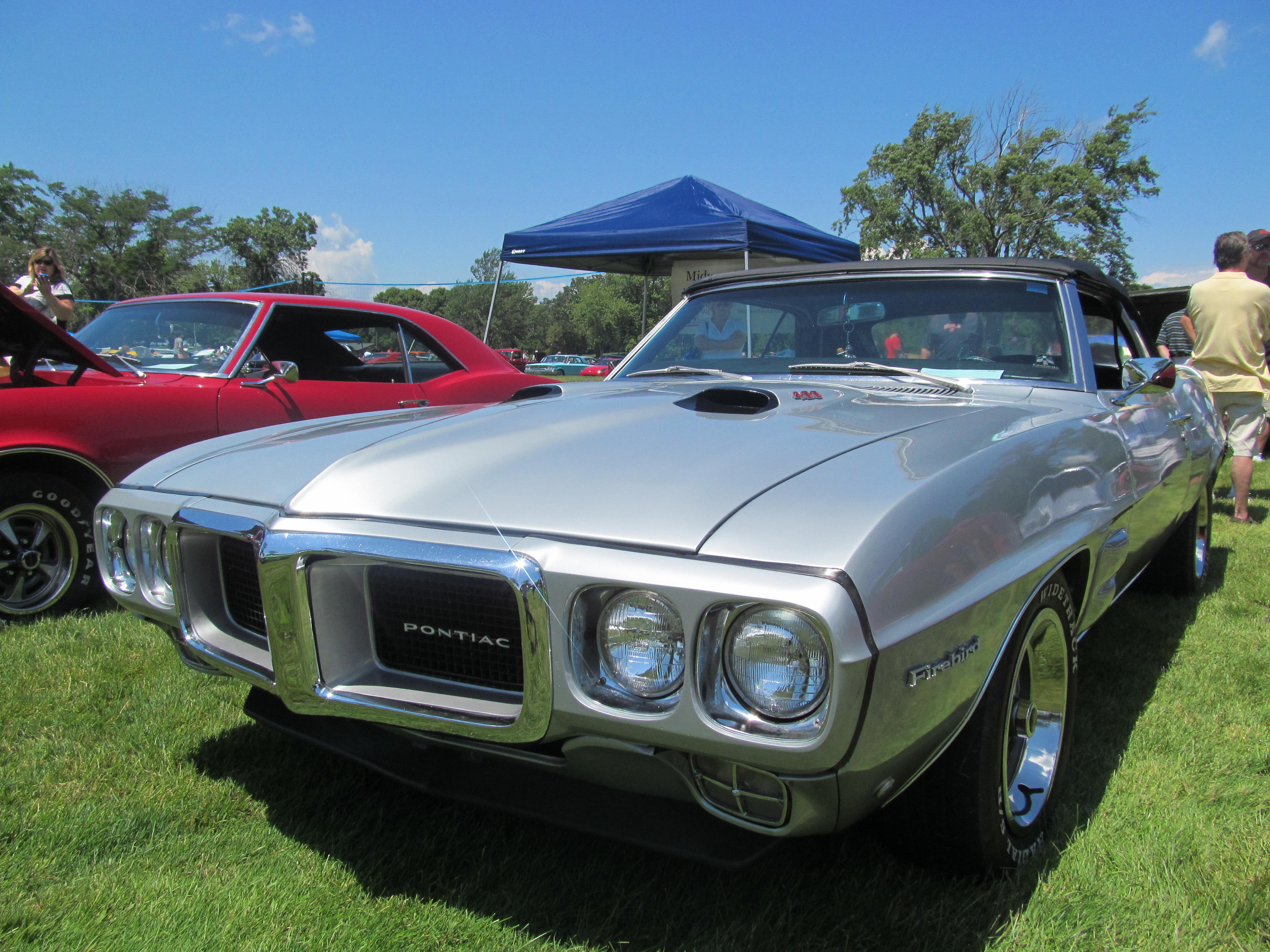 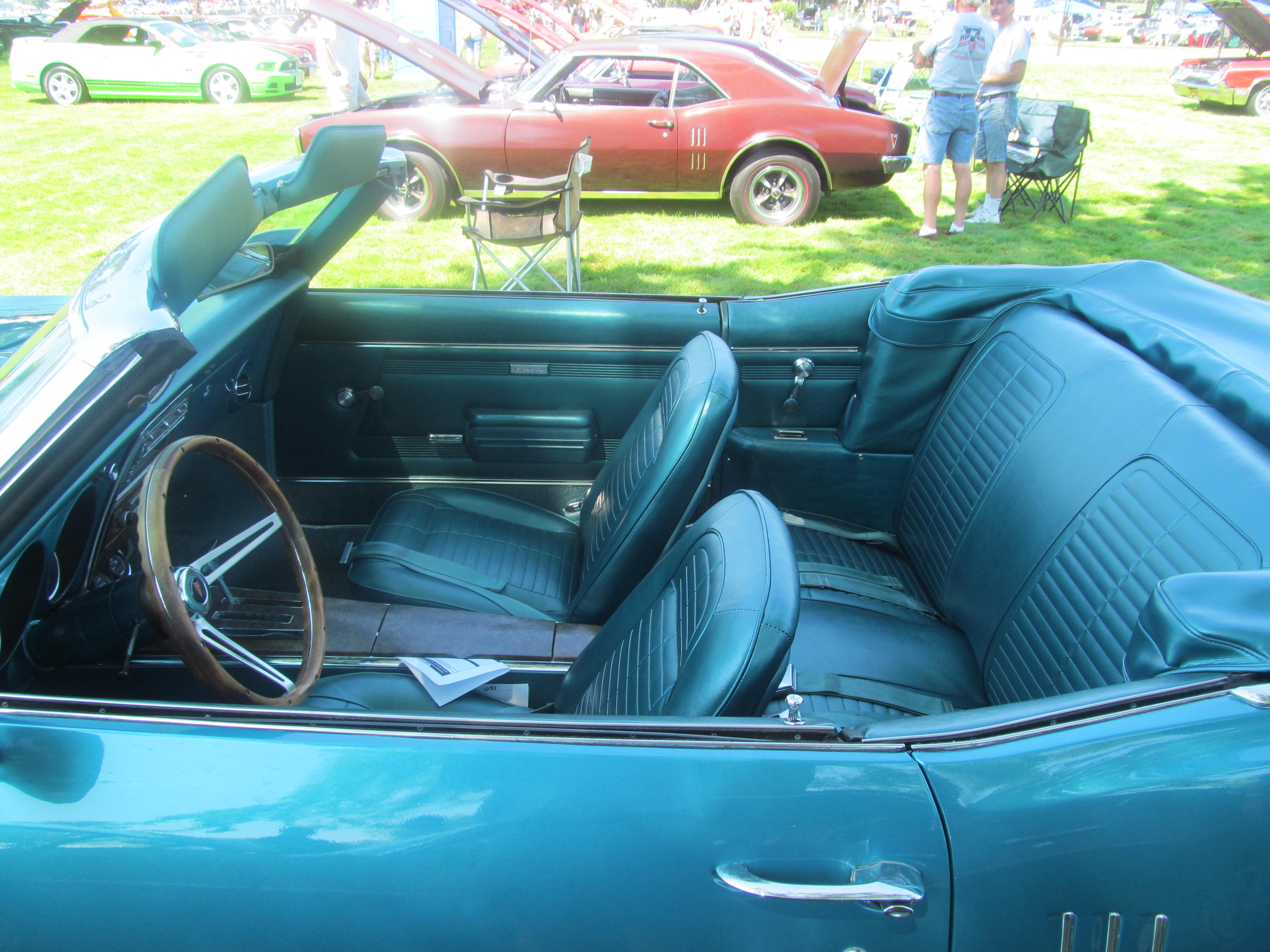 I love the turquose interrior & color combination on Wiendell’s Firebird, with Kevin’s ’68 Flambeau Burgandy unrestored Firebird in the background. 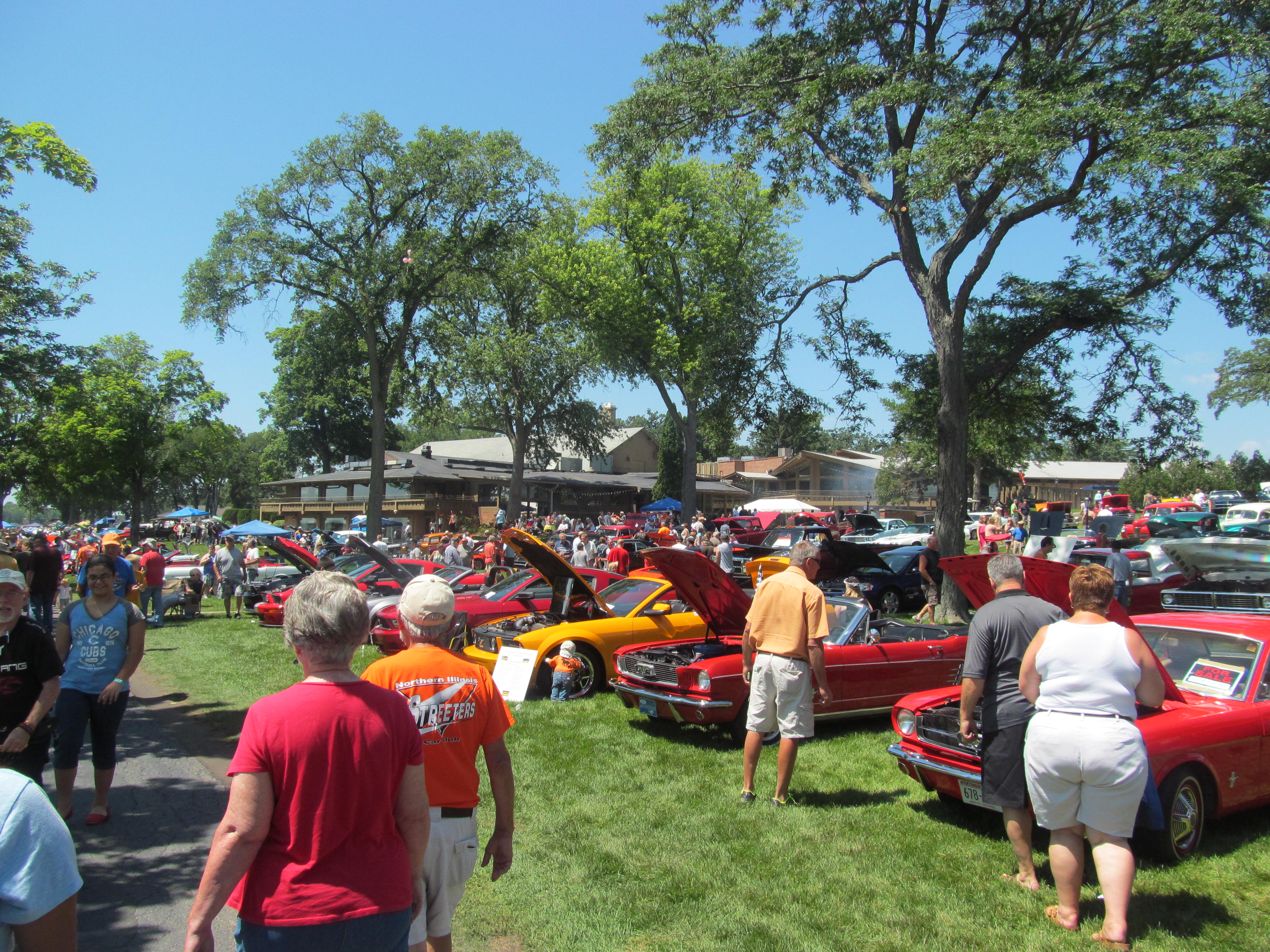 People and cars everywhere – and lots of great food for everyone! 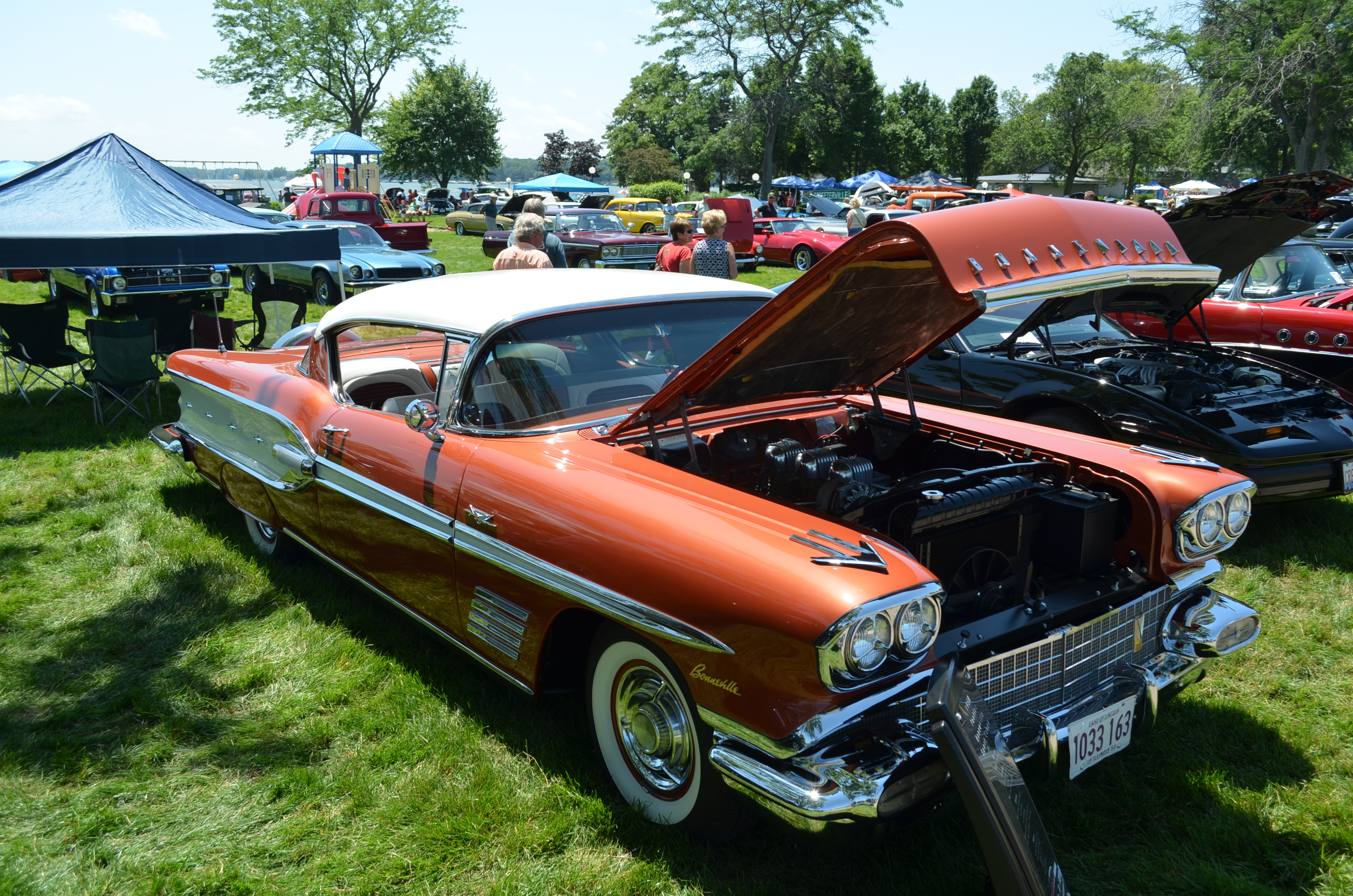 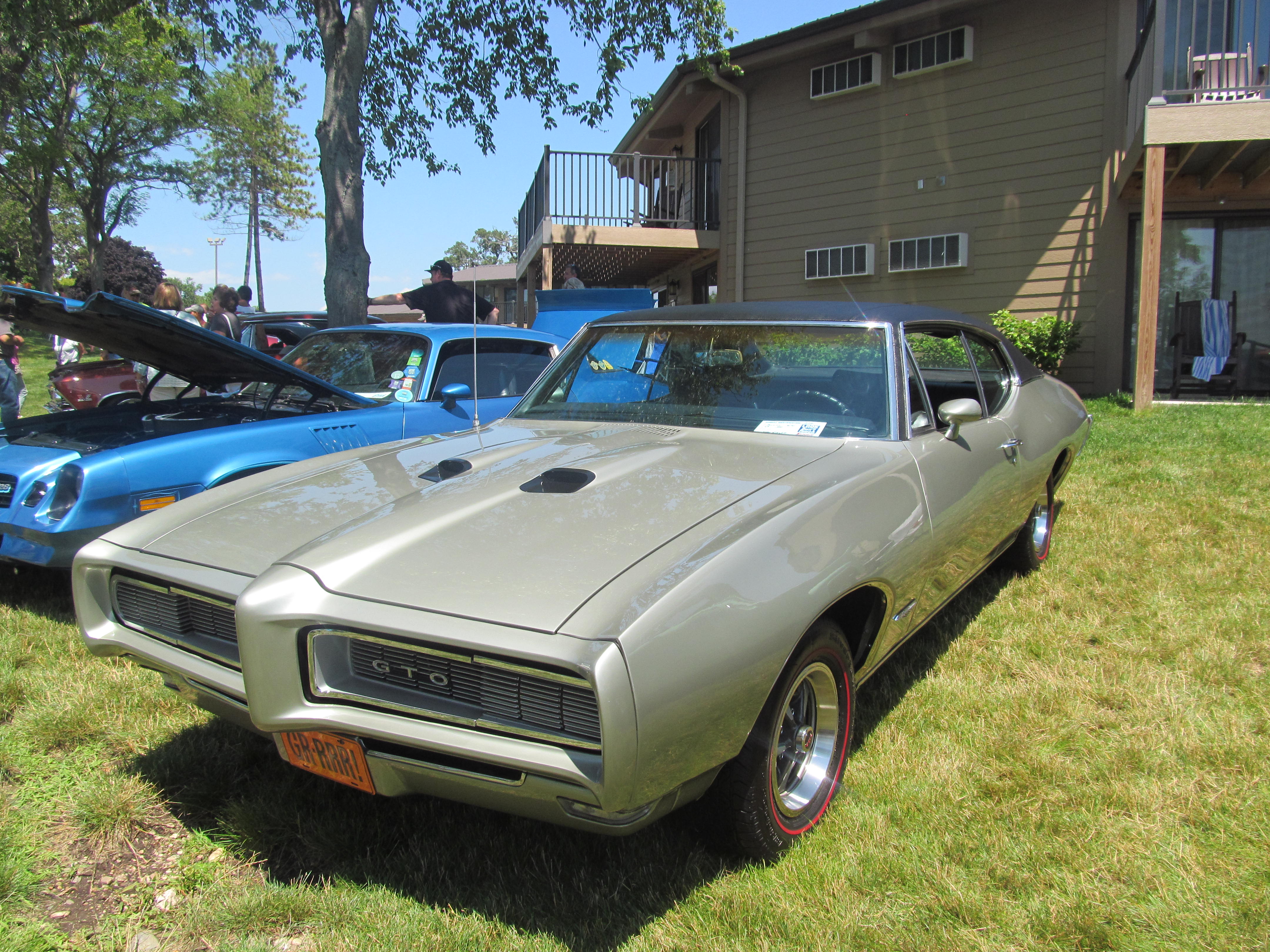 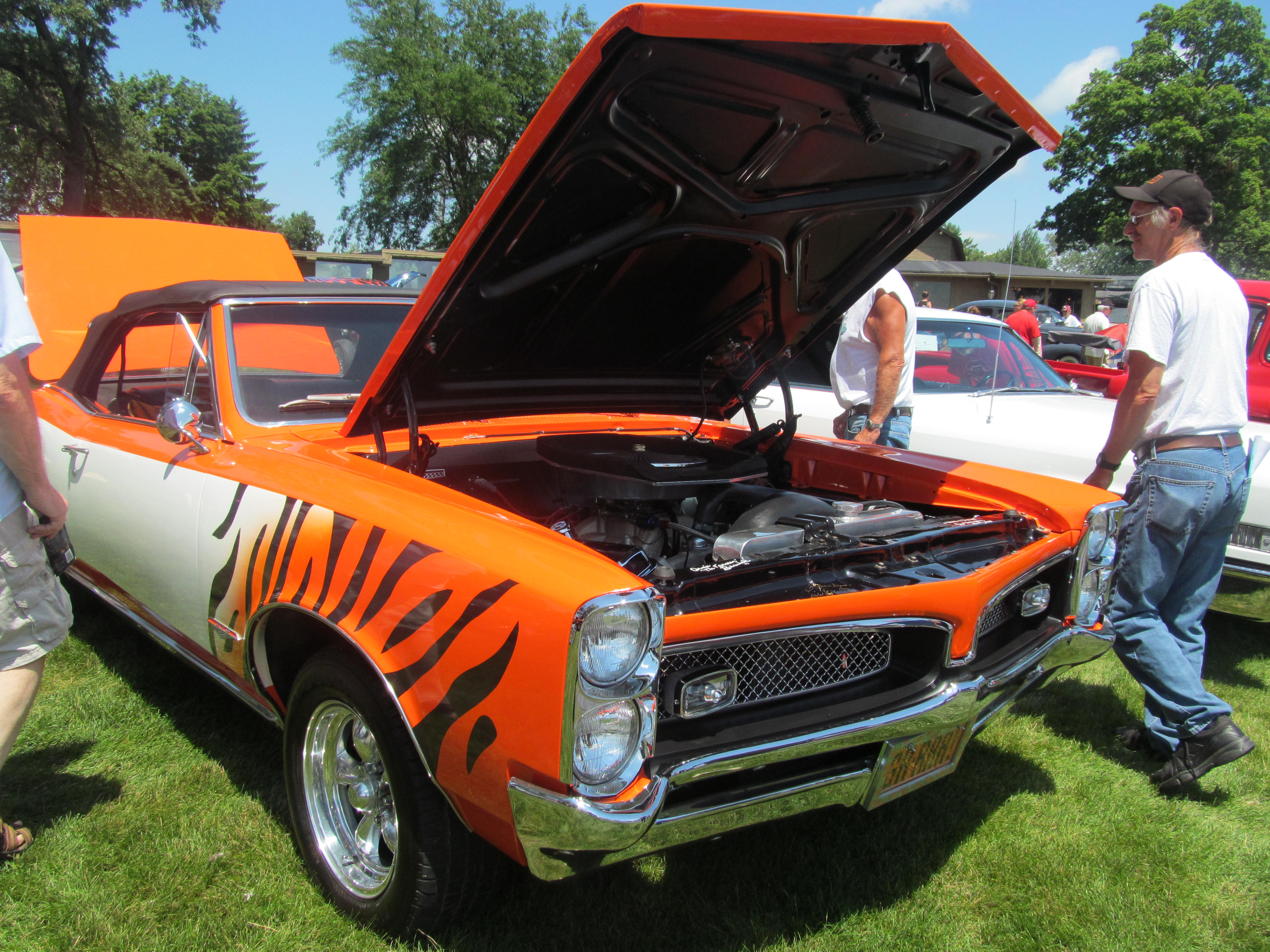 ….or the older body style like this one dressed in a tiger paint scheme? 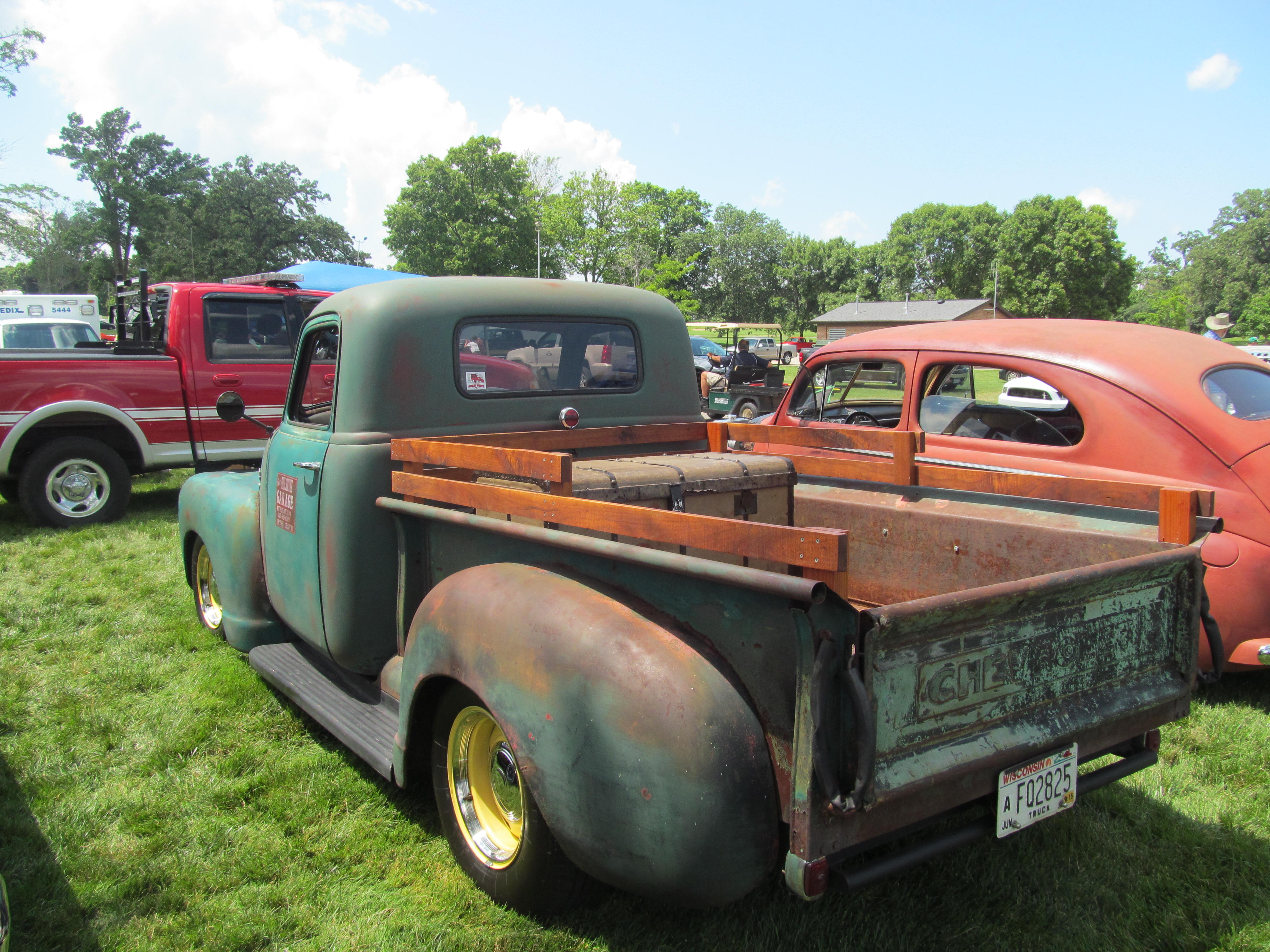 This early Chevy truck stopped me dead in my tracks – I think it is my favorite non-Firebird of the show! 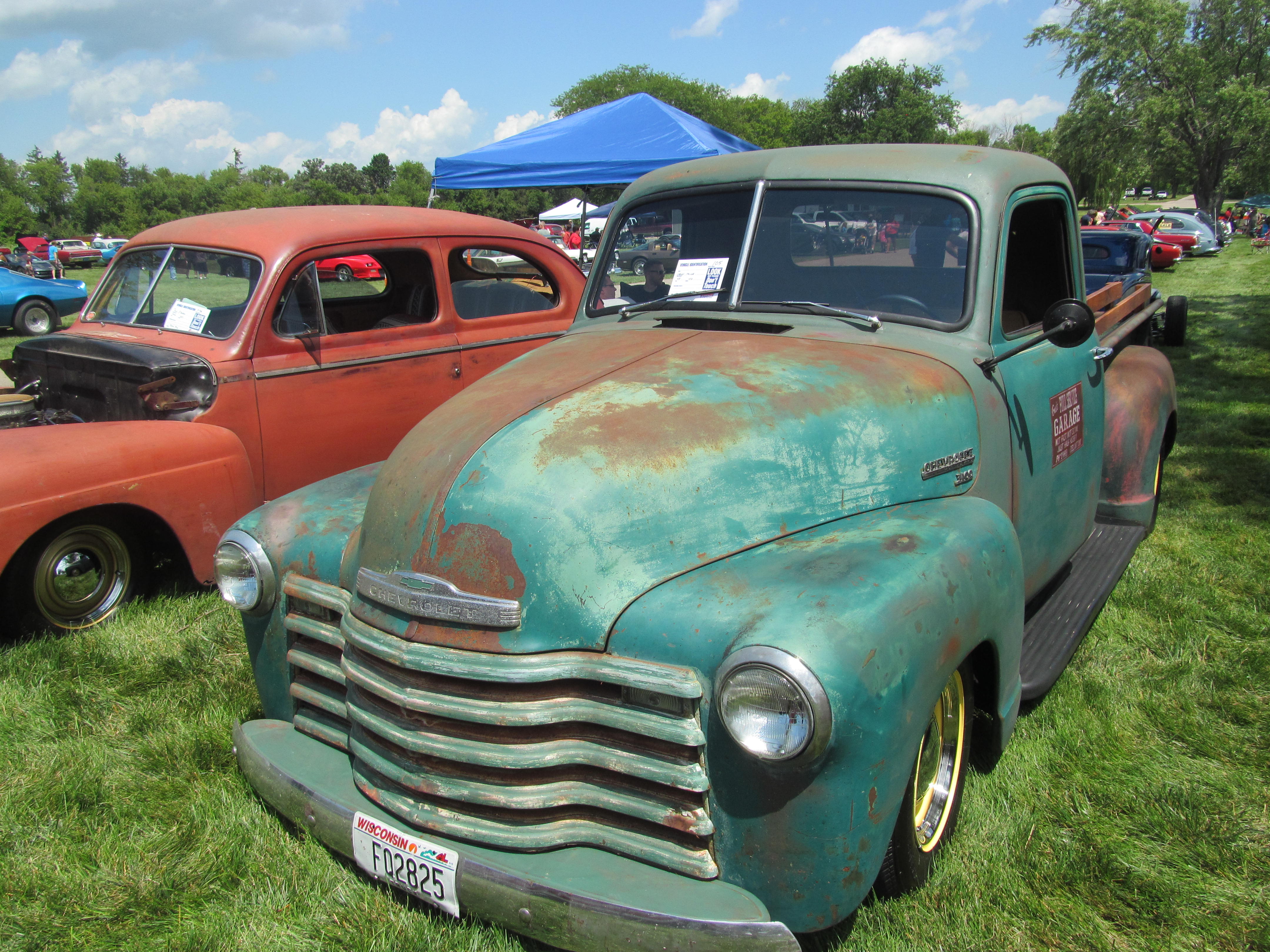 I love the weathered patina on this truck!

One of the featured cars was the Ford Mustang, celebrating it’s 50th year in production.  They had a special area just for Mustangs of all years. 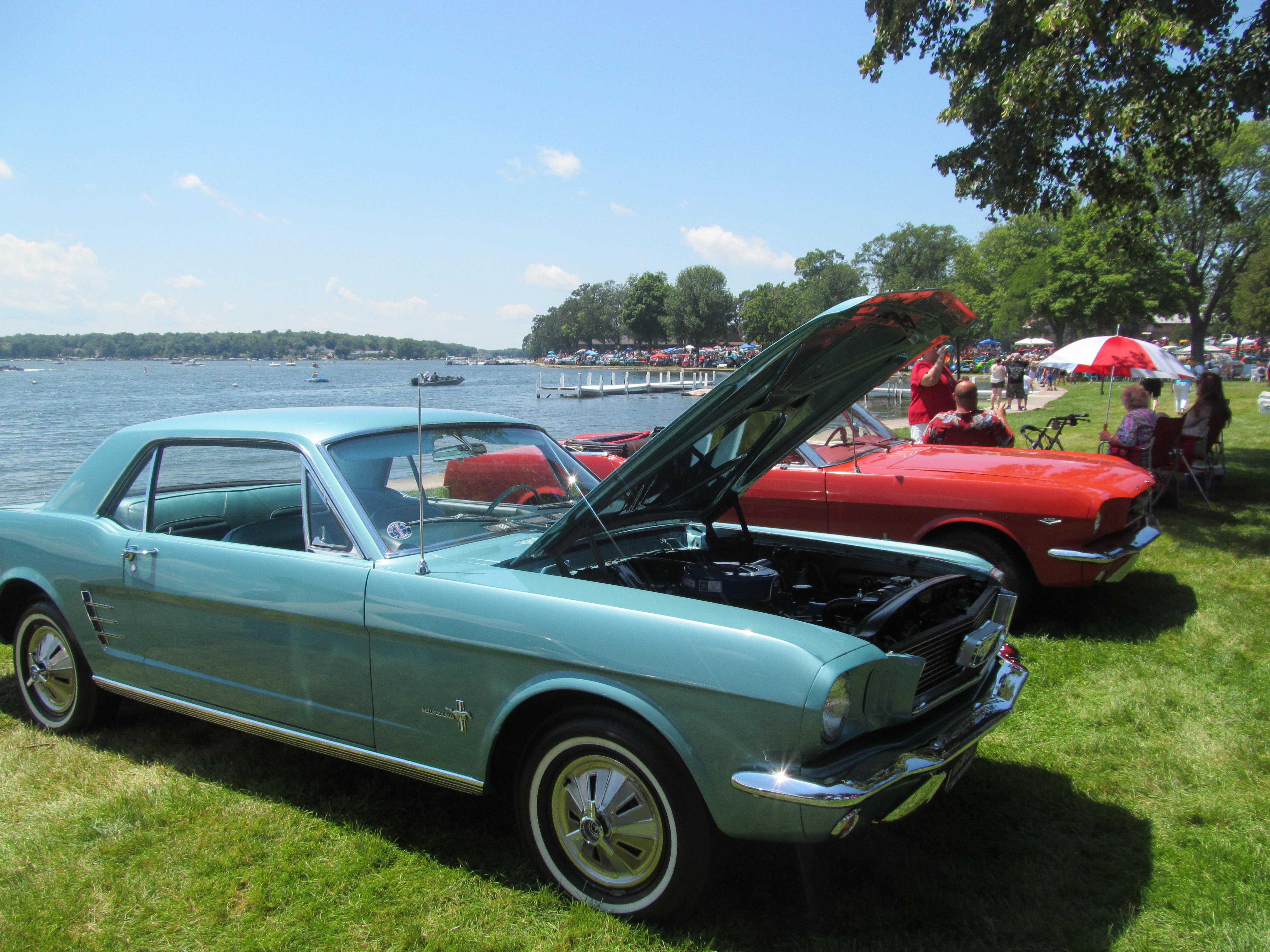 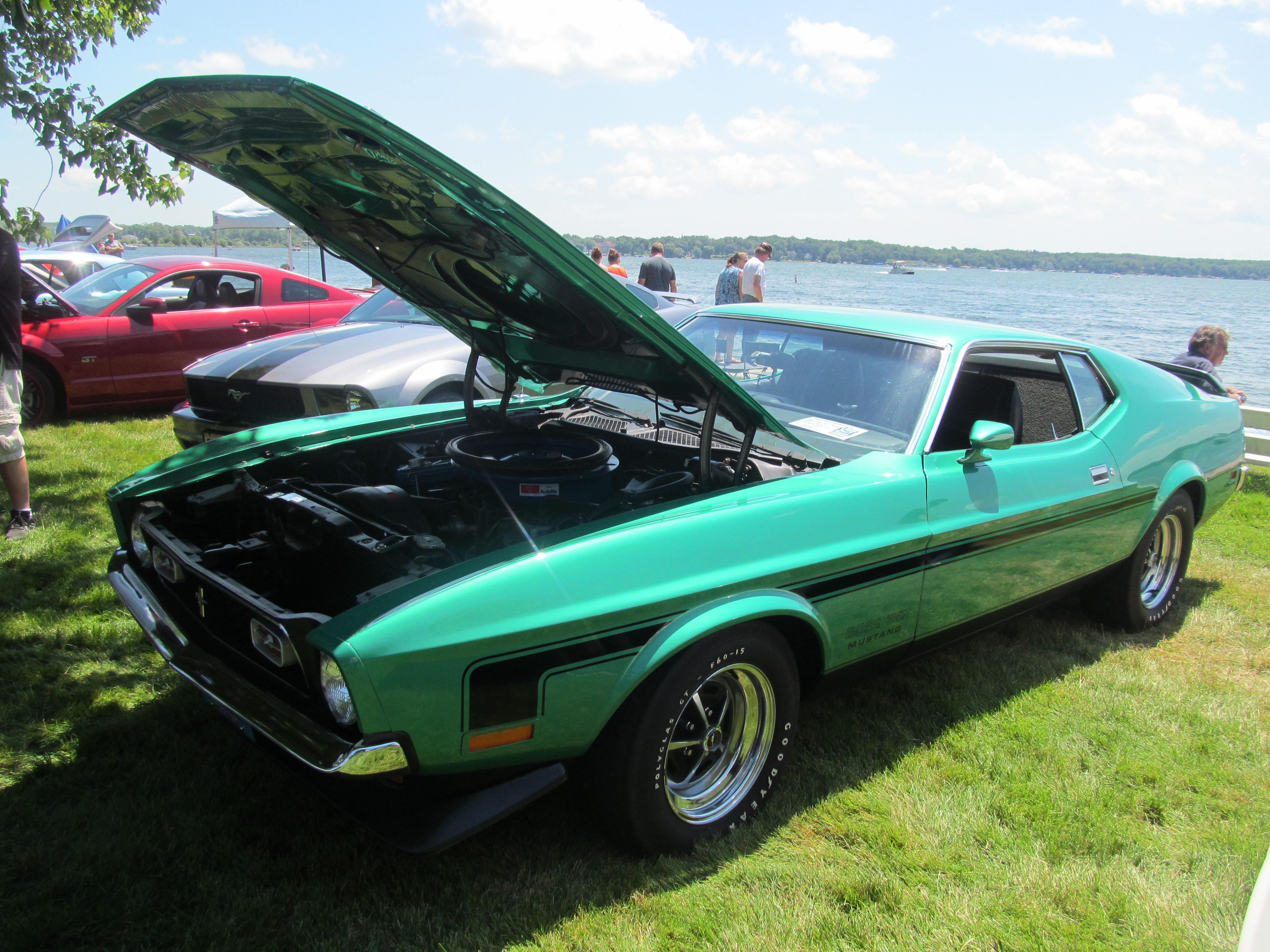 Do you remember the times?? This green 1973 Mustang represents the last of the cool years for the early Mustangs, before the oil embargo and high insurance premiums forced Ford to come out with the “Mustang II”. 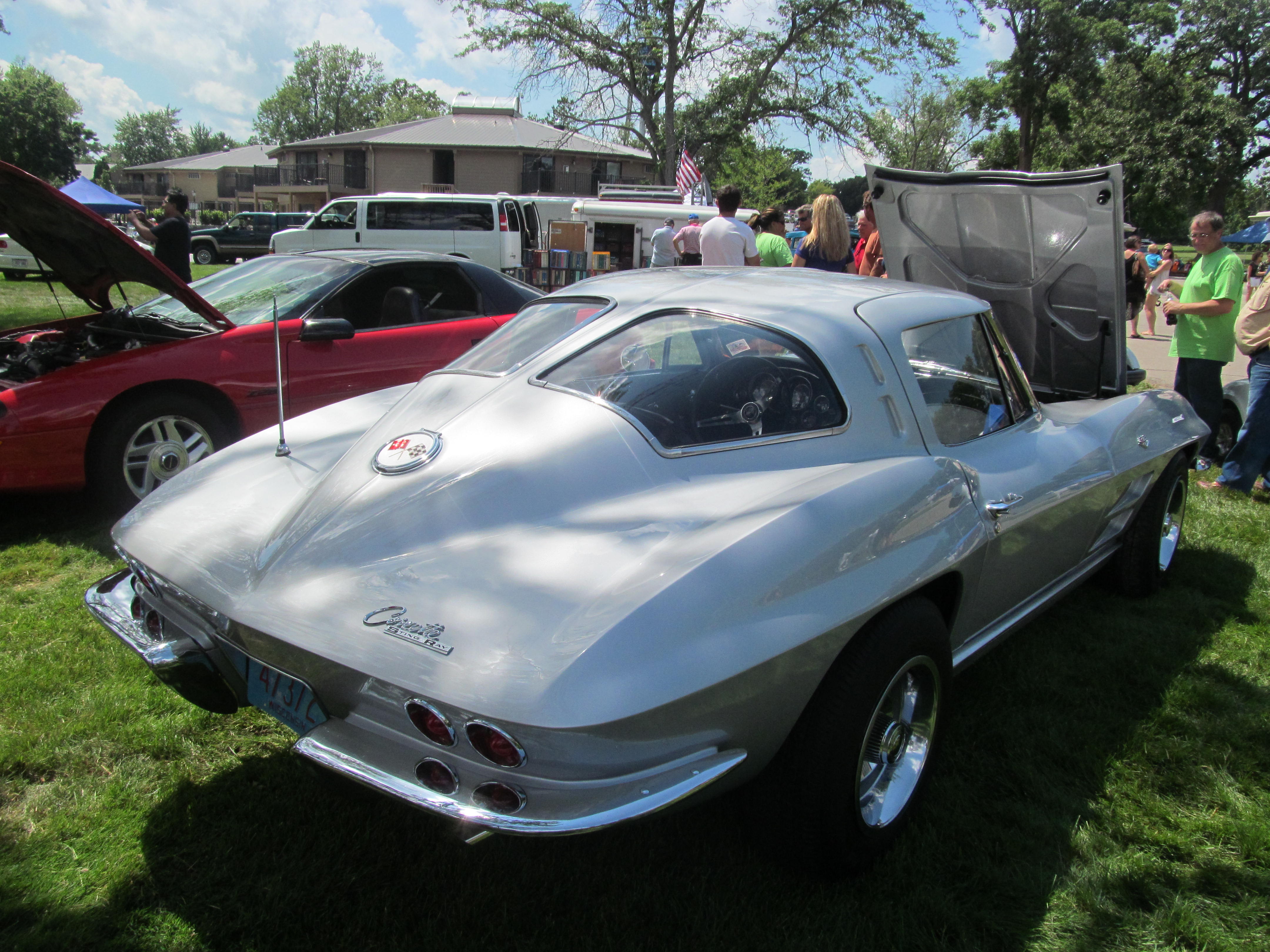 1963 Corvette. This is the only year for thie split rear wiindow option, making it a highly collectible car. 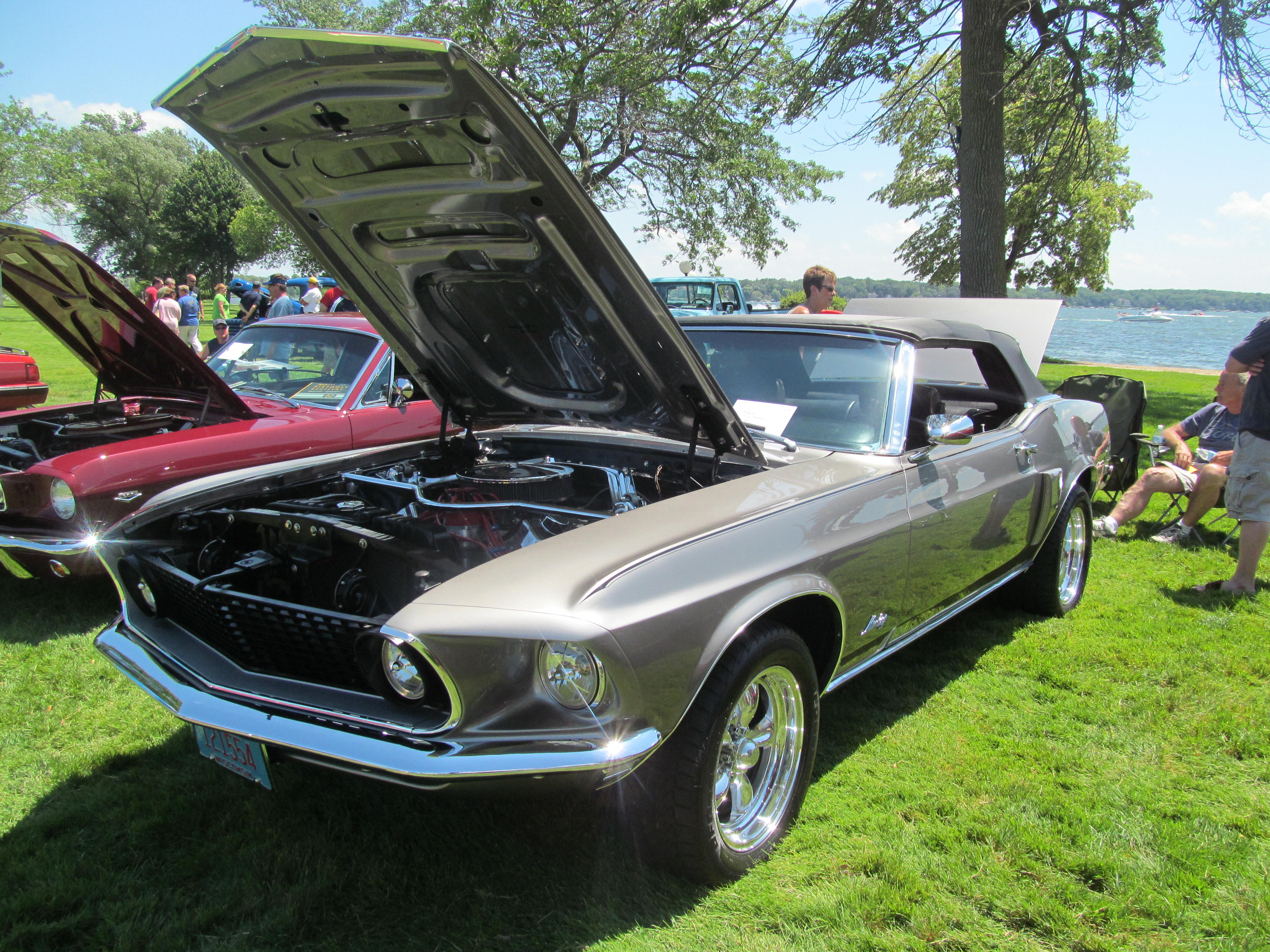 This 1967 Mustang convertible restomod was georgous and it sounded great. 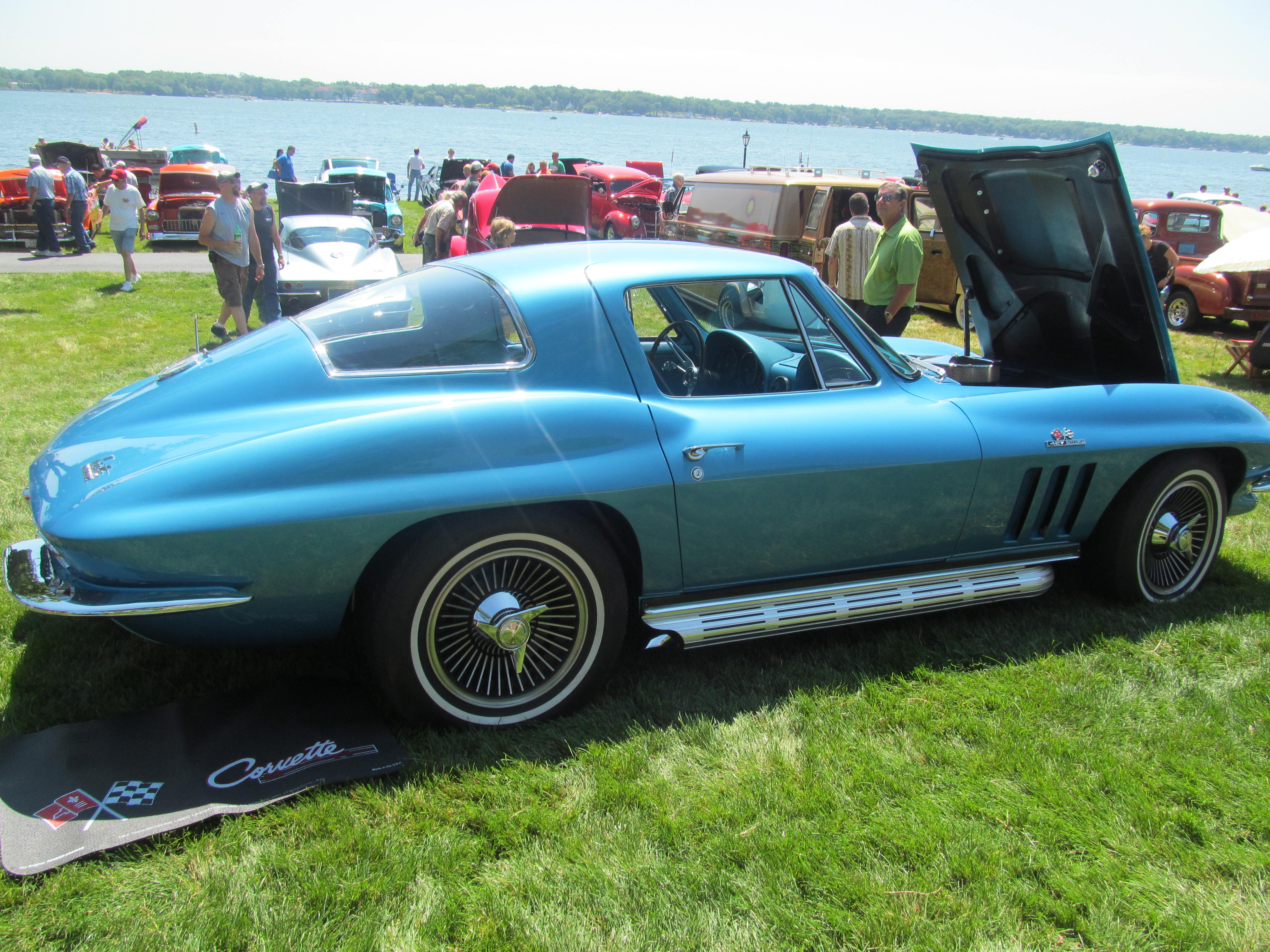 I spoke to the owner of this Nassau Blue Corvette, confirming the original real knock-off spinners. I love seeing real spinners like these. 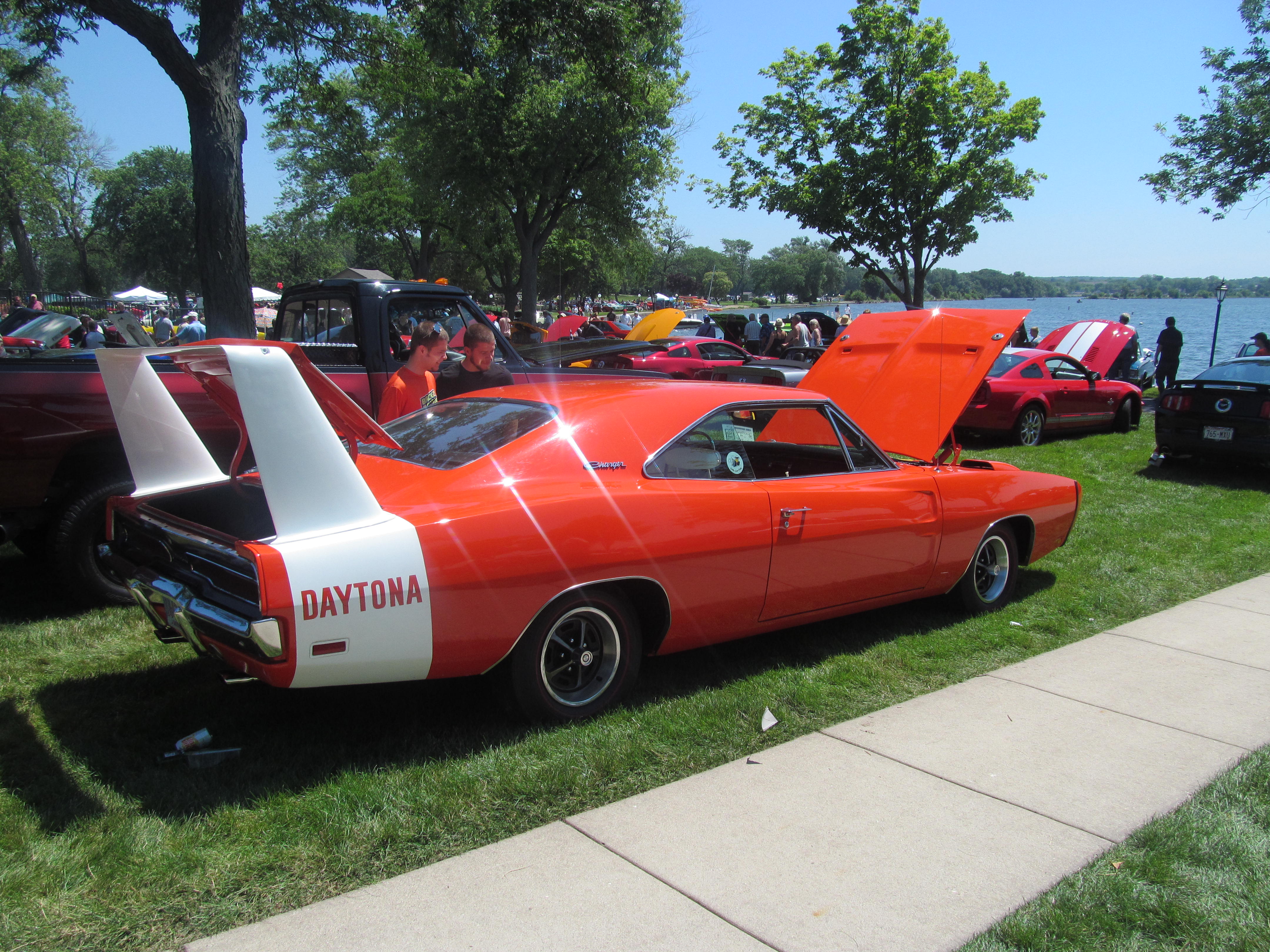 Dodge Daytona – Can you imangine driving down the road, and pulling alongside one of these beasts? 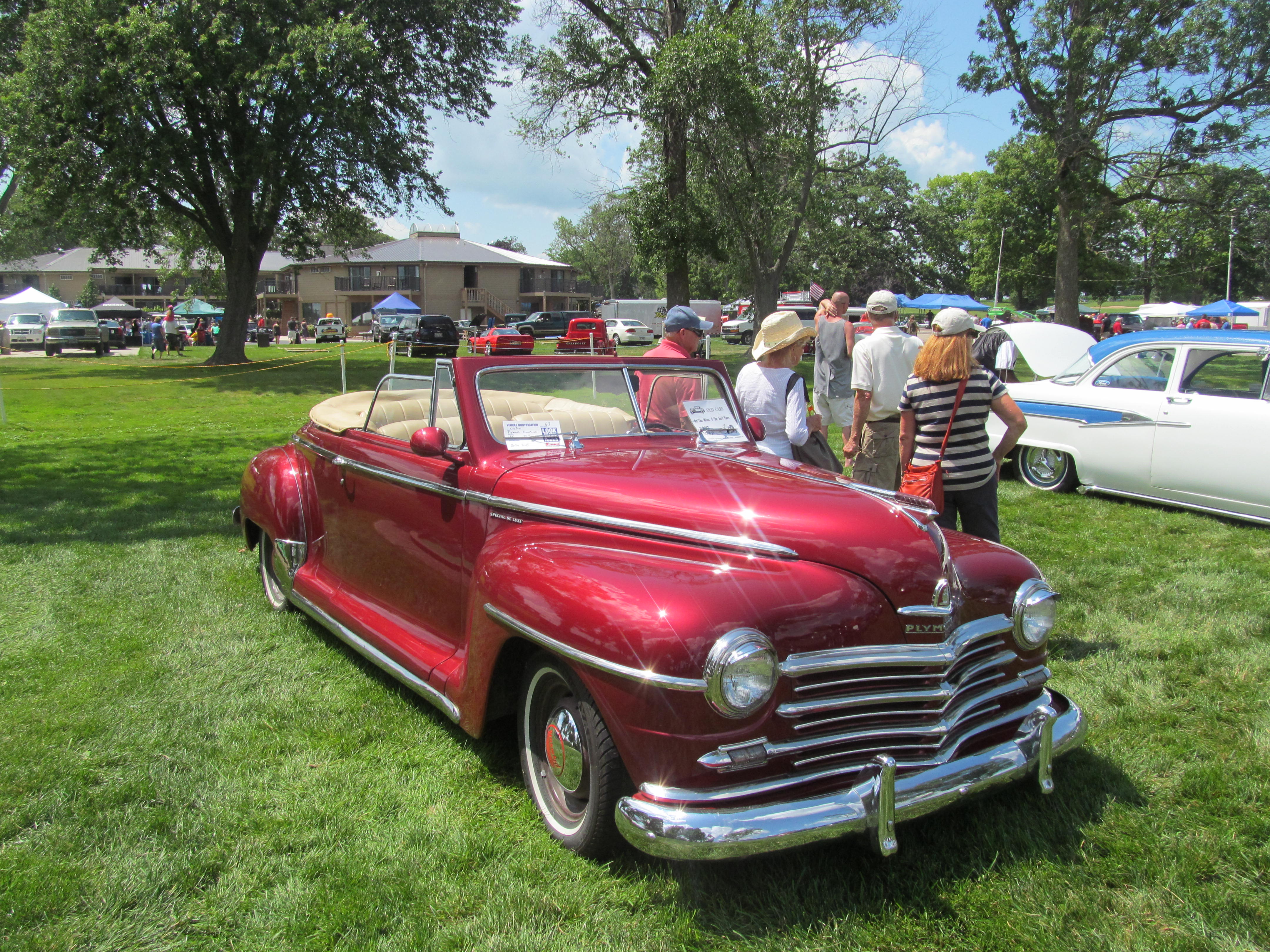 Check out this old Plymouth Deluxe from the late 40’s. 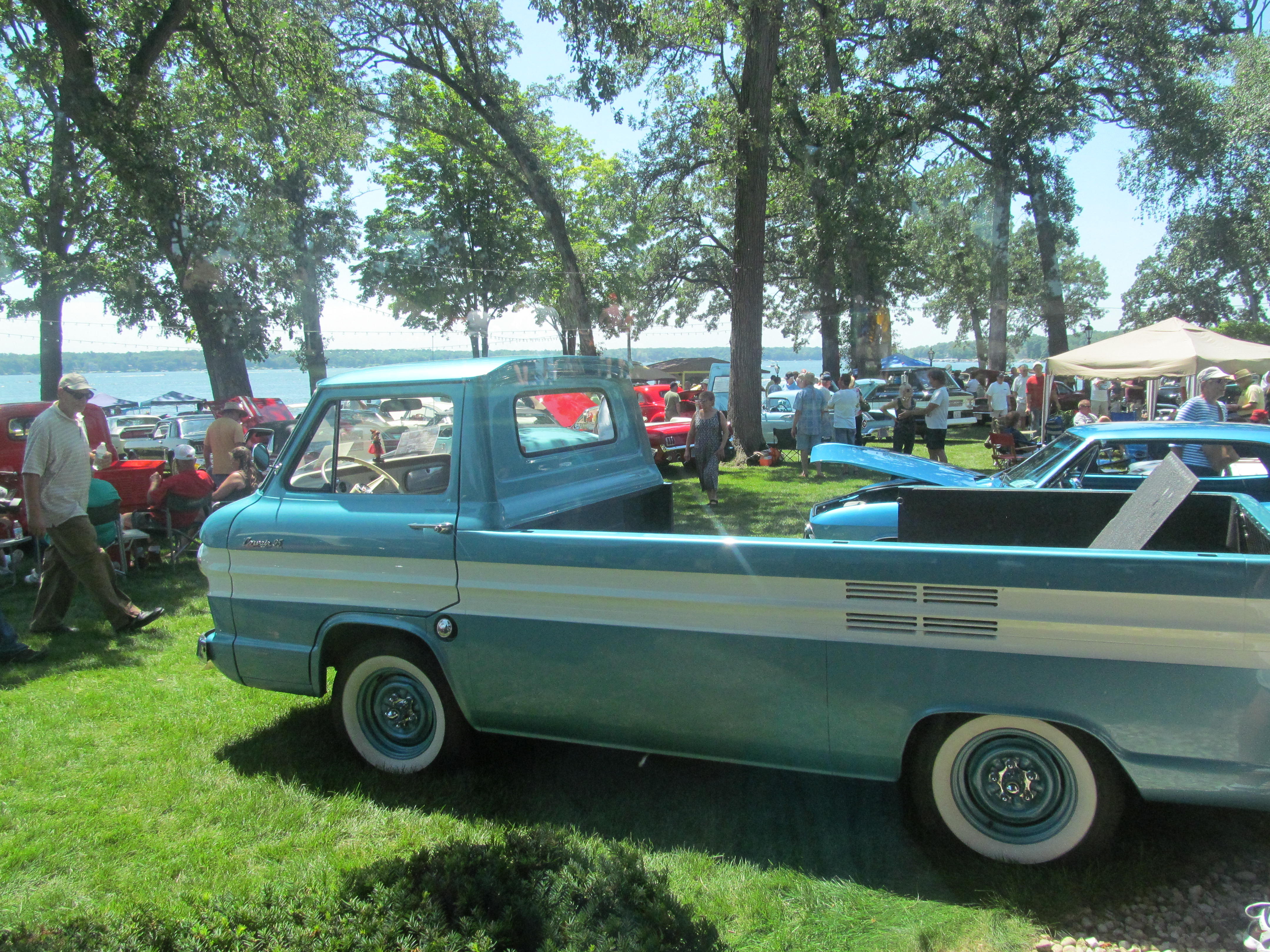 This Chevy Corvair pick-up was my son Tanner’s favorite of the show – and a stunning example.

To sum it all up I would say this is by far the best car show I have ever been to.  Monster show field, beautiful shady Lake Lawn grounds, lake setting and plenty of great food.  From now on, I plan on going to this show every year!

(Story and pictures by Ken Pitcher.)