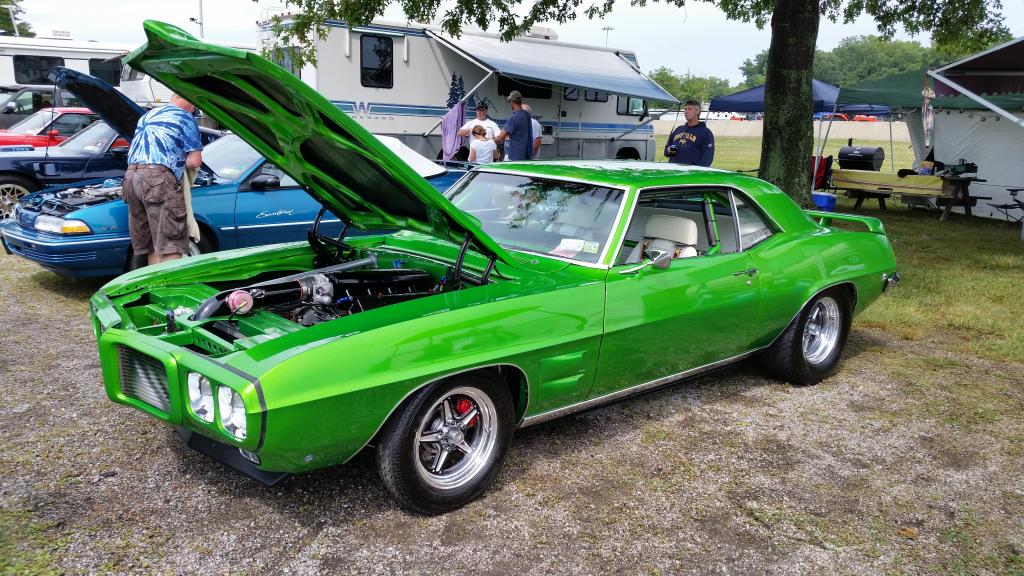 A lucky few of our members were in Norwalk Ohio this past weekend for the Ames National Pontiac Show.  Ayham Rimawi wrote, Ames Norwalk show is a great experience for Pontiac lovers. This was my second year and I love it. I take my family and they enjoy looking at the beautifully restored cars and picking through parts helping dad find the parts I need. My wife had never been into cars growing up but found herself having fun. For me it’s the camaraderie. I love talk about cars and especially first gen’s! 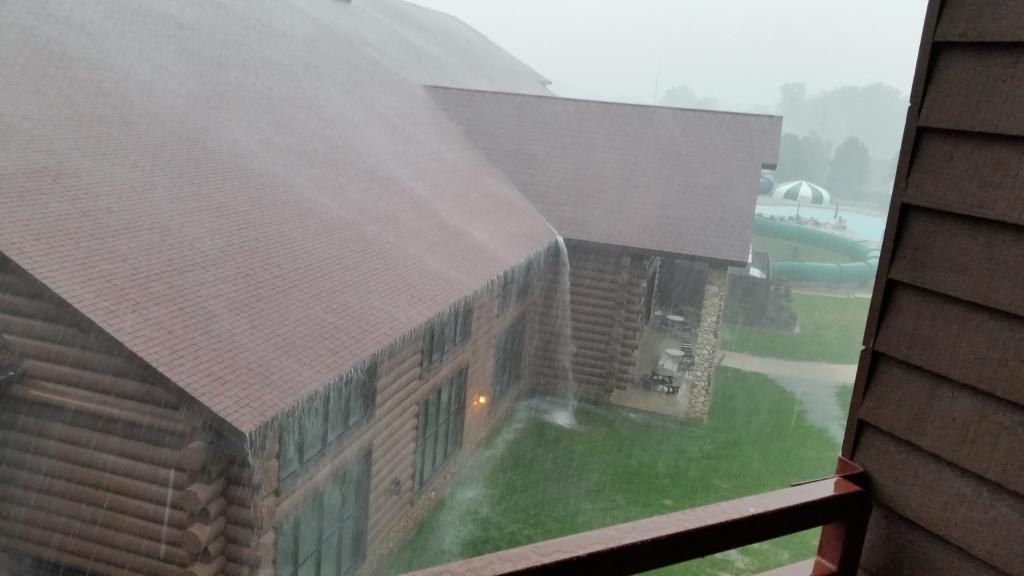 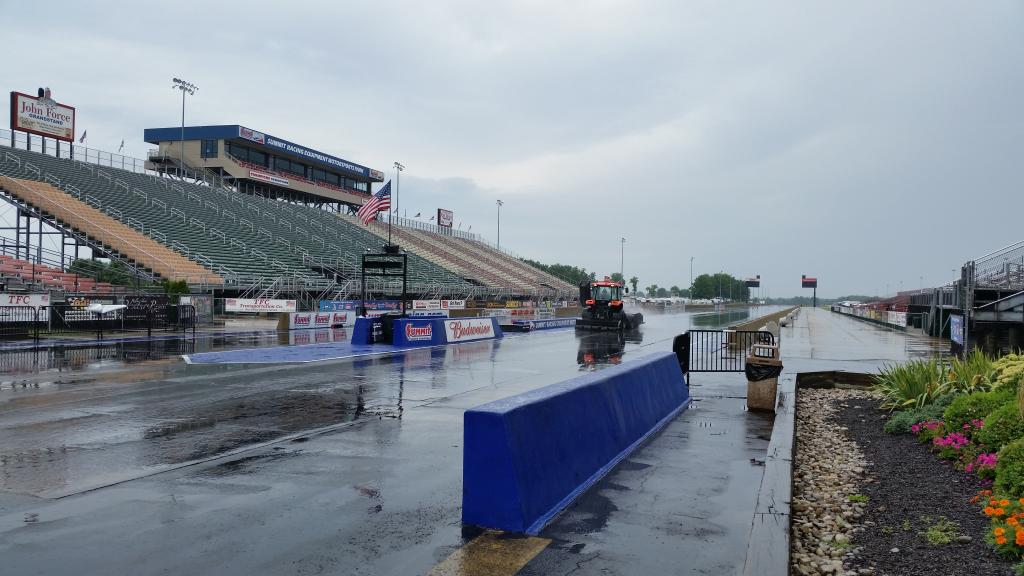 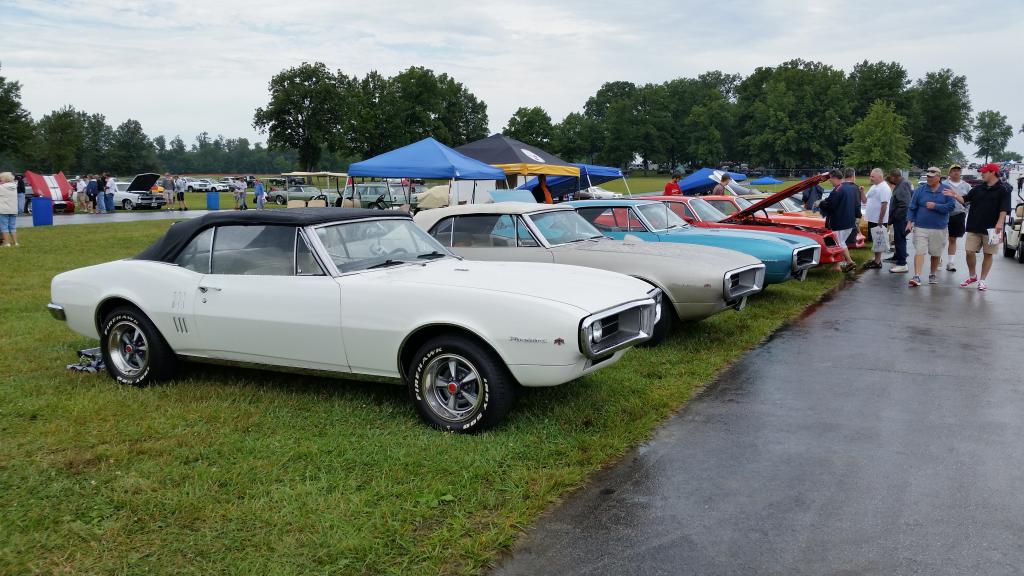 This year’s show was almost a wash literally. Torrential downfall for most of the day, but when the sky cleared it was back on. Cars uncovered, vendors opened and track was dried with the help of big machines that would bring out the Tim Allen in anyone. 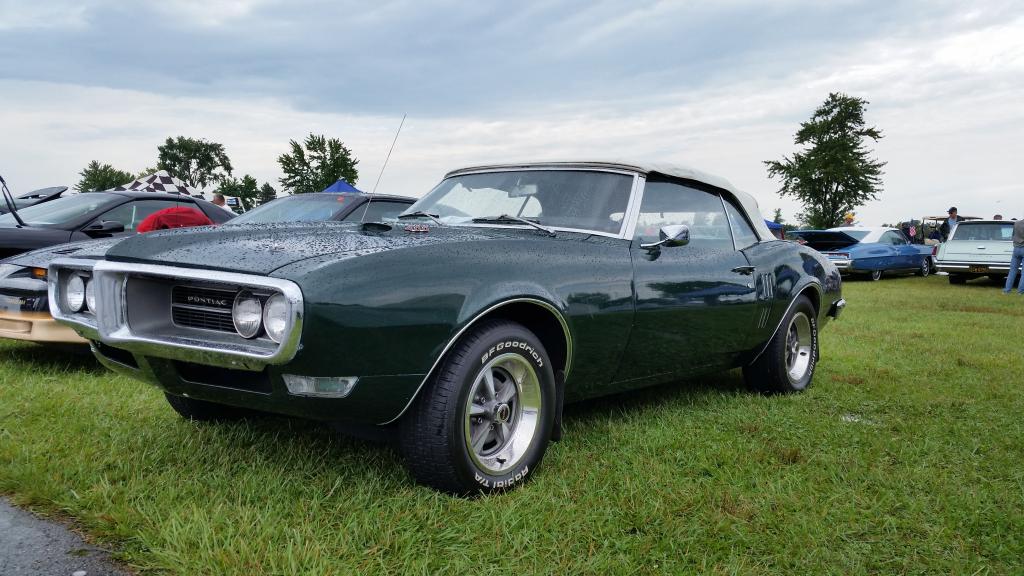 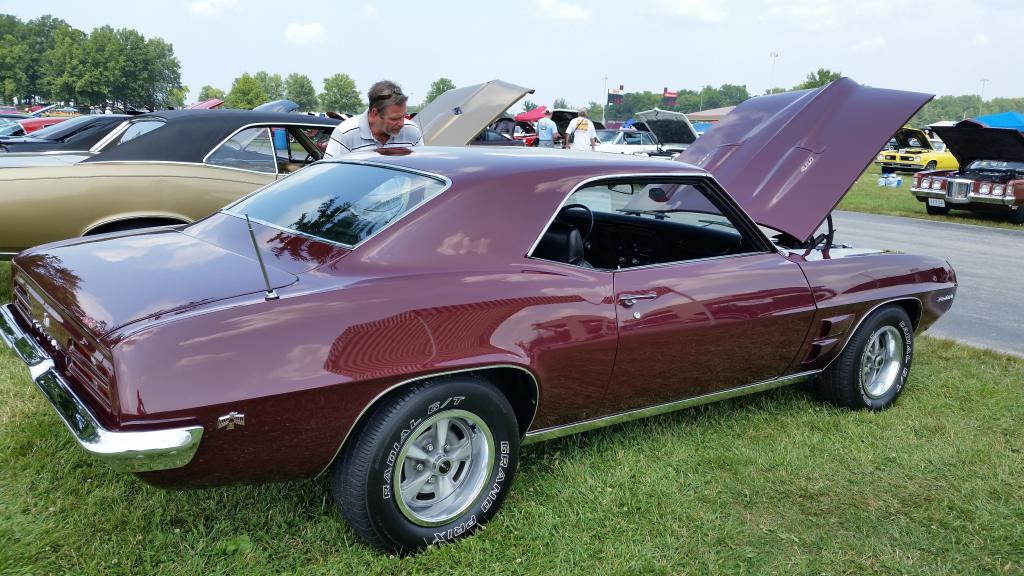 Sunday was an amazing day for a show. All the cars where shined and ready to go. There were maybe 16 first gen Firebirds on display.  Every year and level of restoration was represented.  Two 67’s from Ohio were probably my favorite. One was a deep black and the other was a baby blue with a stripe on tail end. They had nicely custom touches like painted front spoiler, matching paint on interior door and sail panels, custom rims and tires, stripe but still felt period correct. 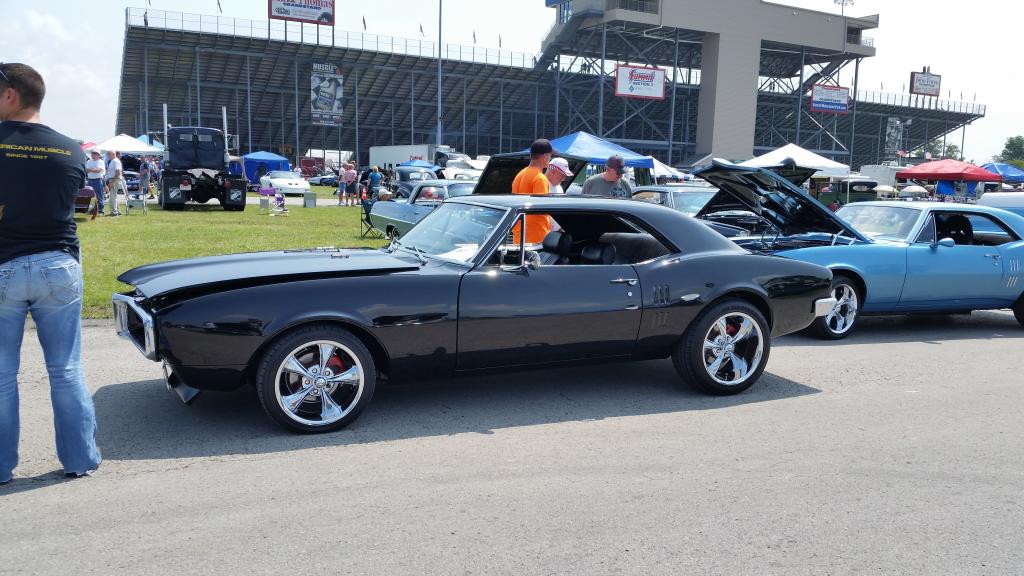 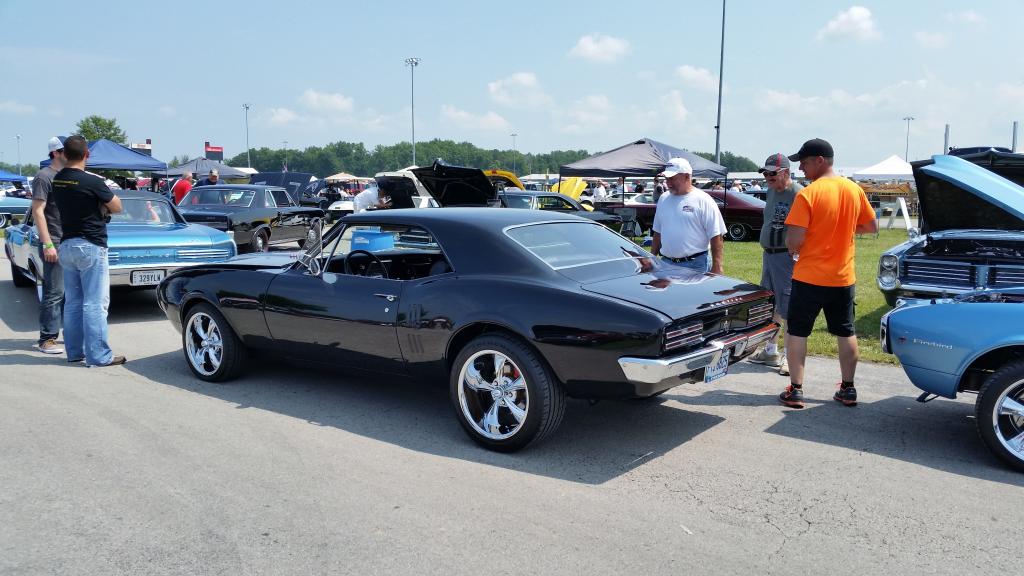 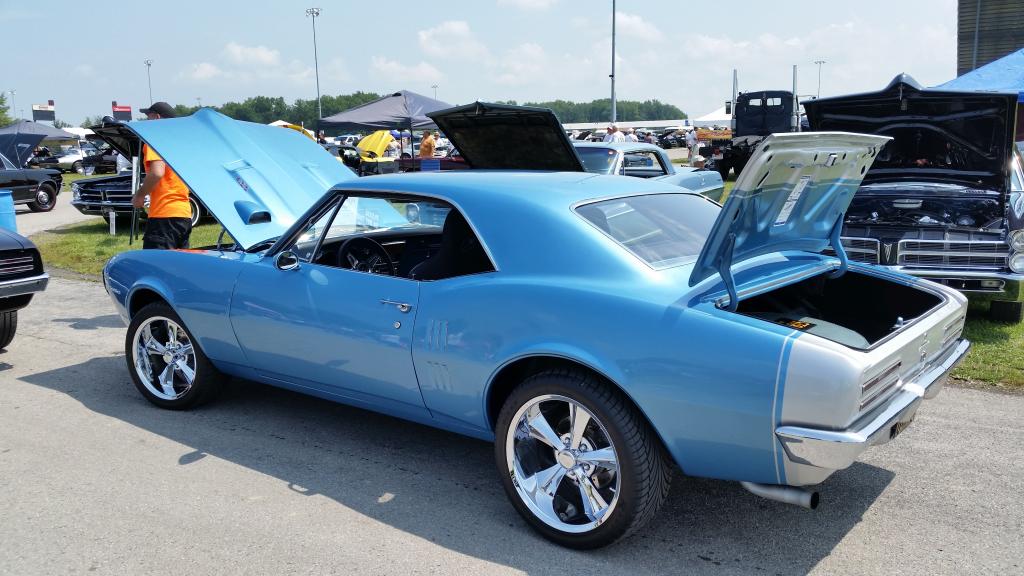 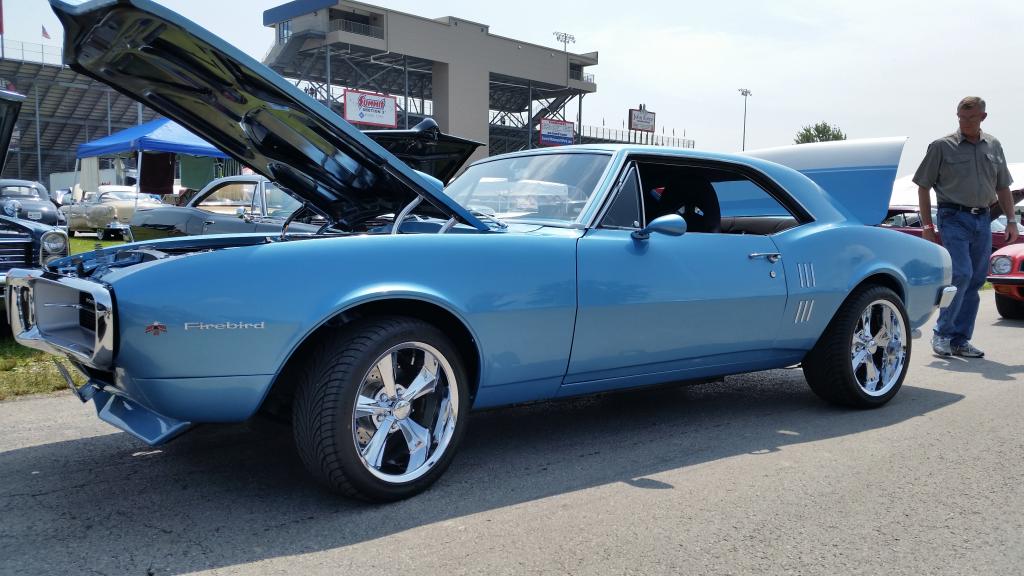 Then there was 2 restomod/pro touring 69’s. One electric blue and one lime green. A lot of fabrication and detail went into these beauties from engine to custom trunk panels. 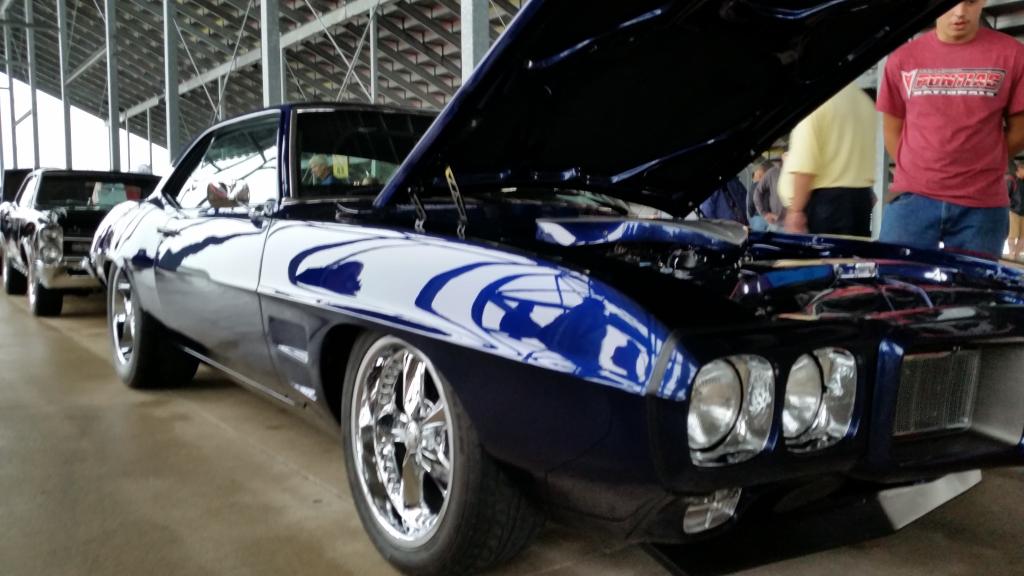 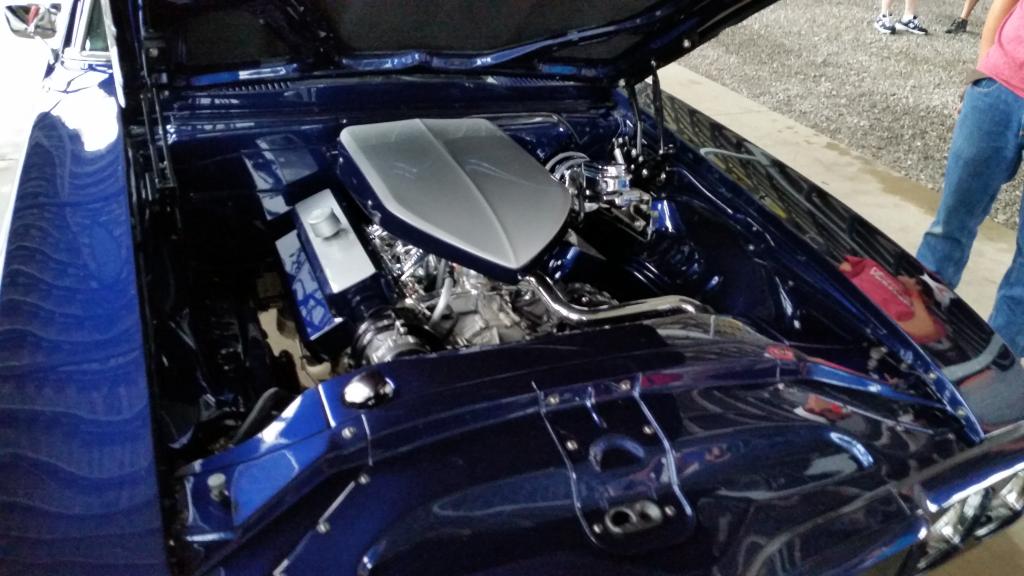 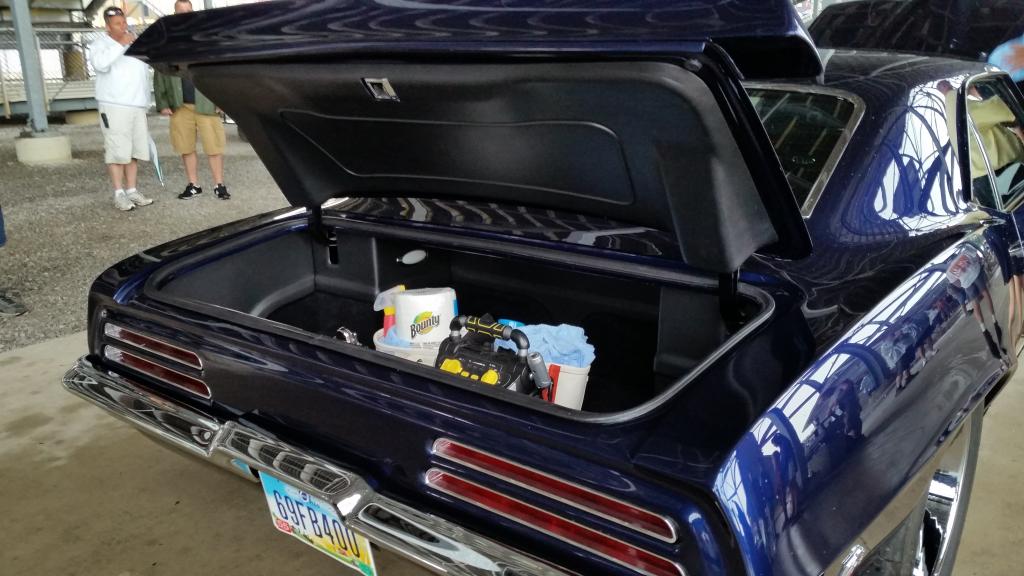 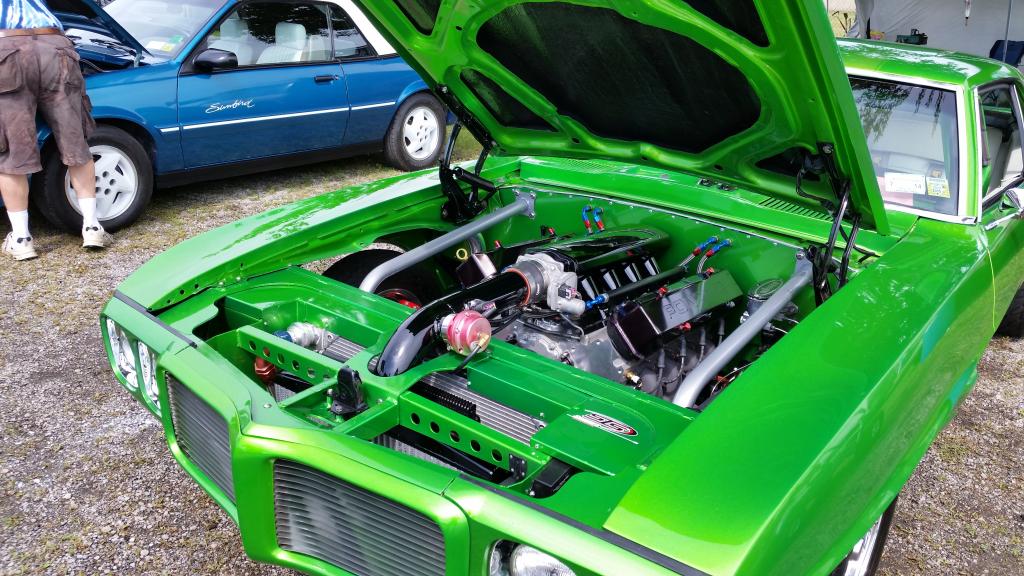 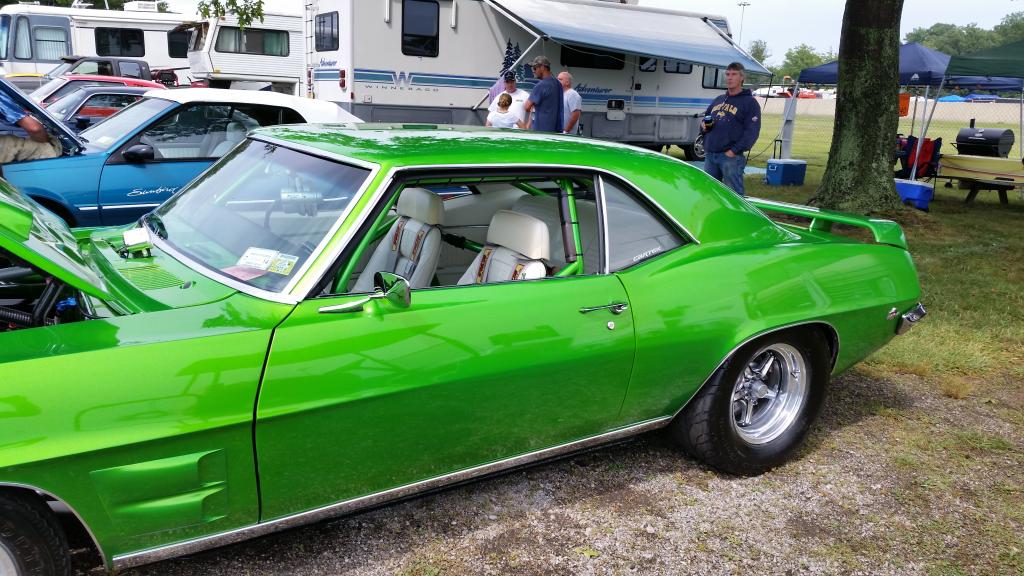 The part we all enjoy the most is the drag racing. There were about 10 FGF drag race cars.  The Ames Norwalk show is a good time and I recommend it for anyone and their families. 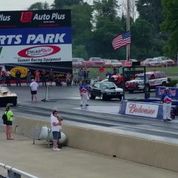 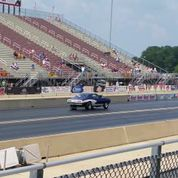 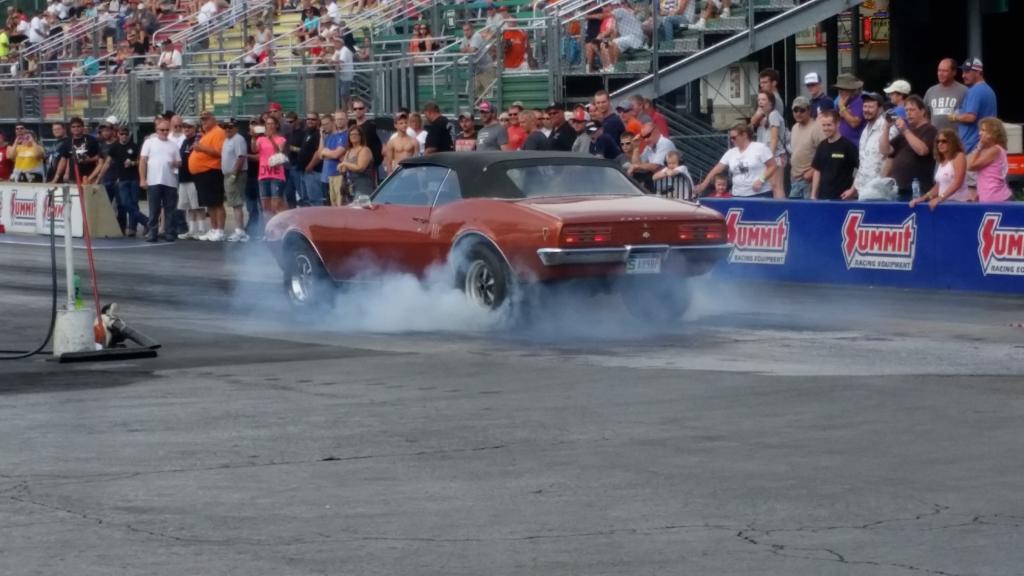 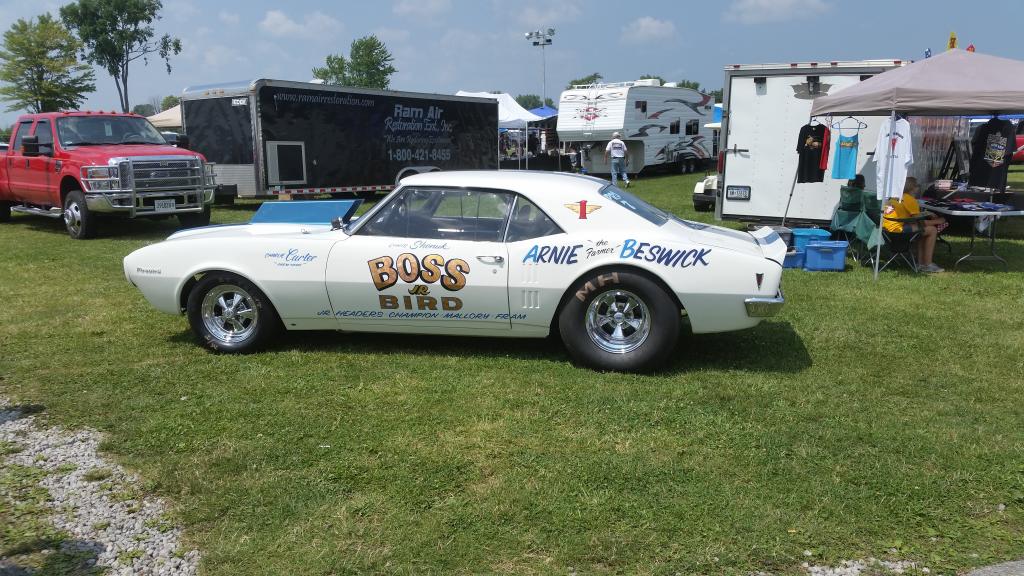 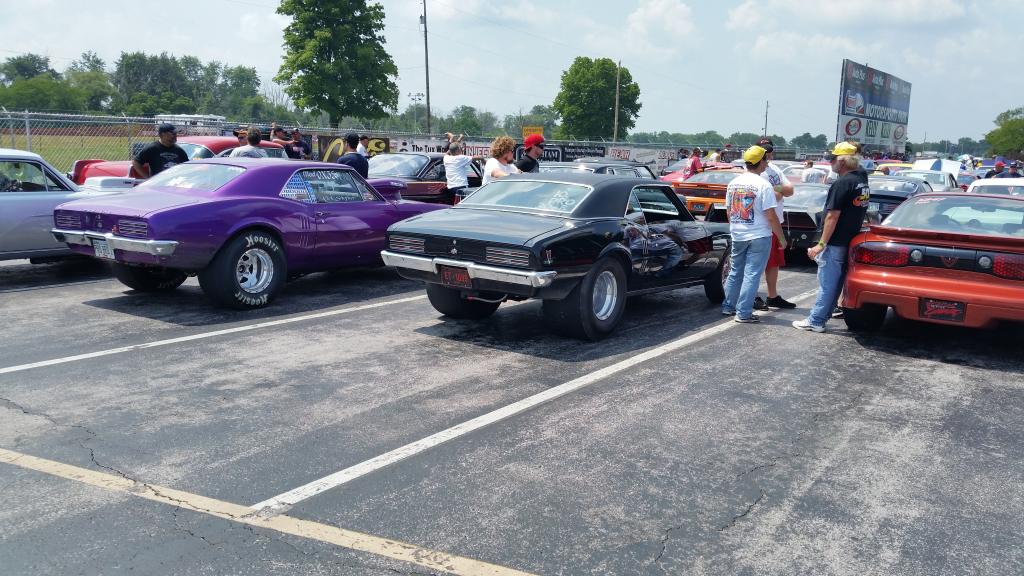 Dave Armstrong was also there and he said,  “I noticed all the ‘birds on the show field had some type of modification, from mild to wild. The electric green ’69 was Chevy powered and twin-turbo! No concourse restored trailer queens. Maybe this is a new trend!” 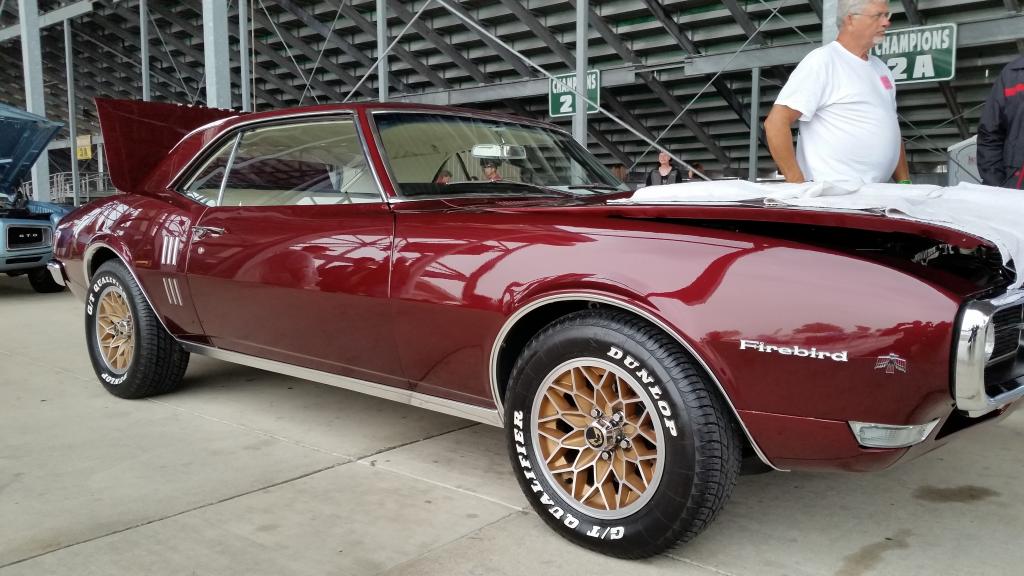 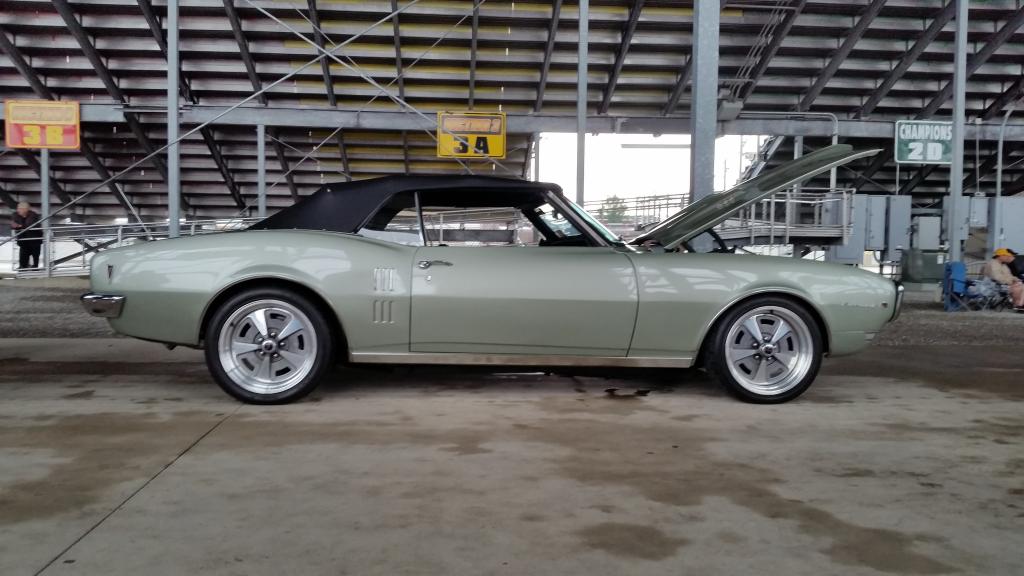 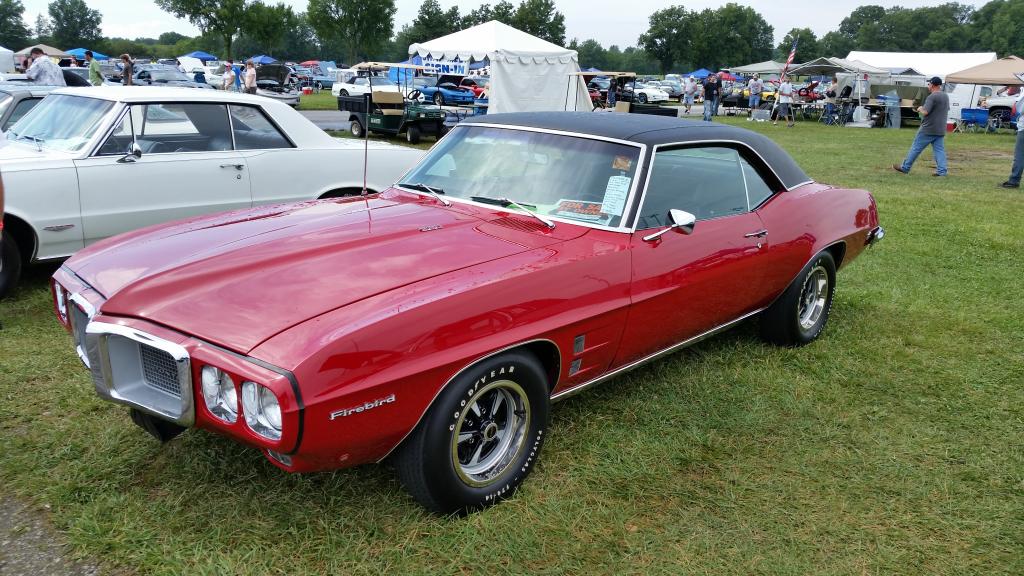 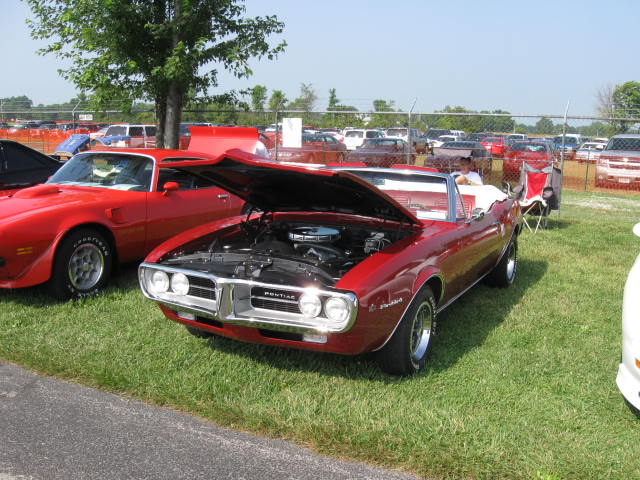 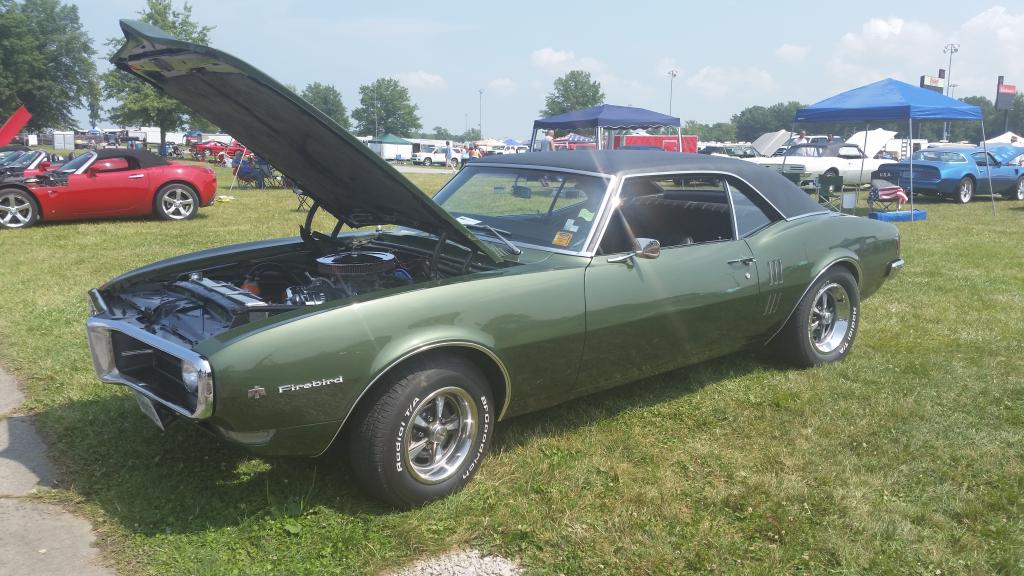