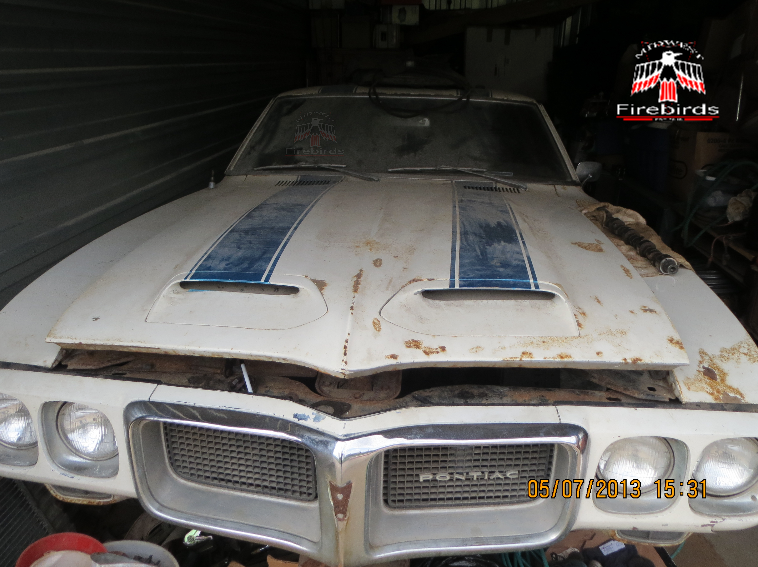 Finding a rare, high performance, low-mileage muscle car in a barn-find condition is likely the dream of every old-car enthusiast.  But, when that car is a 1969 Trans Am, with only 31,000 original miles, Pontiac fans would call it a dream come true! 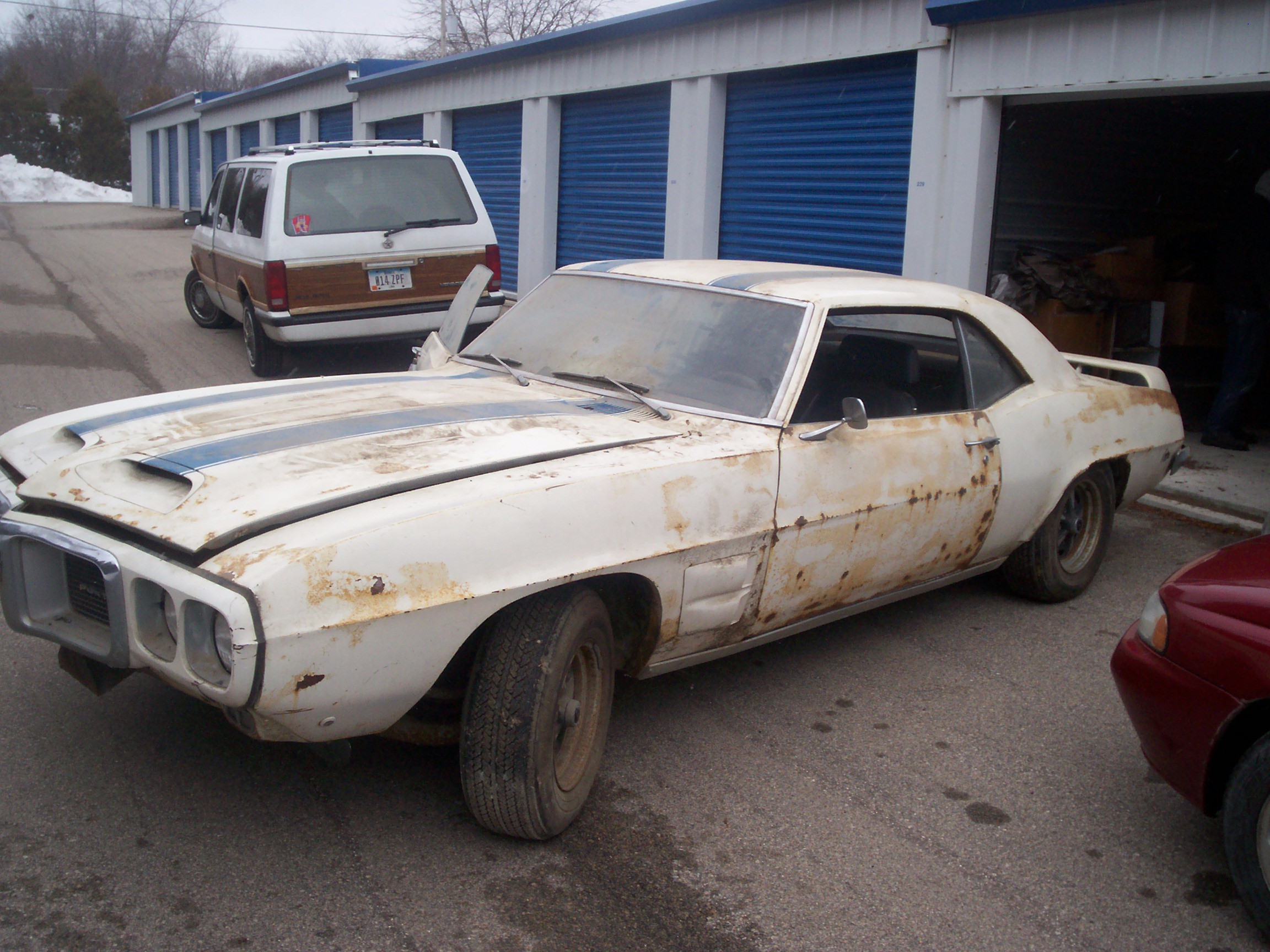 Richard of Wisconsin did just that.  “I found this one in Cedar Rapids Iowa; it’s all original, except for a repaint in ’76 and numbers matching.  A Ram Air III, 4 speed car with a 3:55 ZH code rear end.  It’s been in storage since 1981, and is a very solid car.  The floor pans and trunk pan are just like new.” 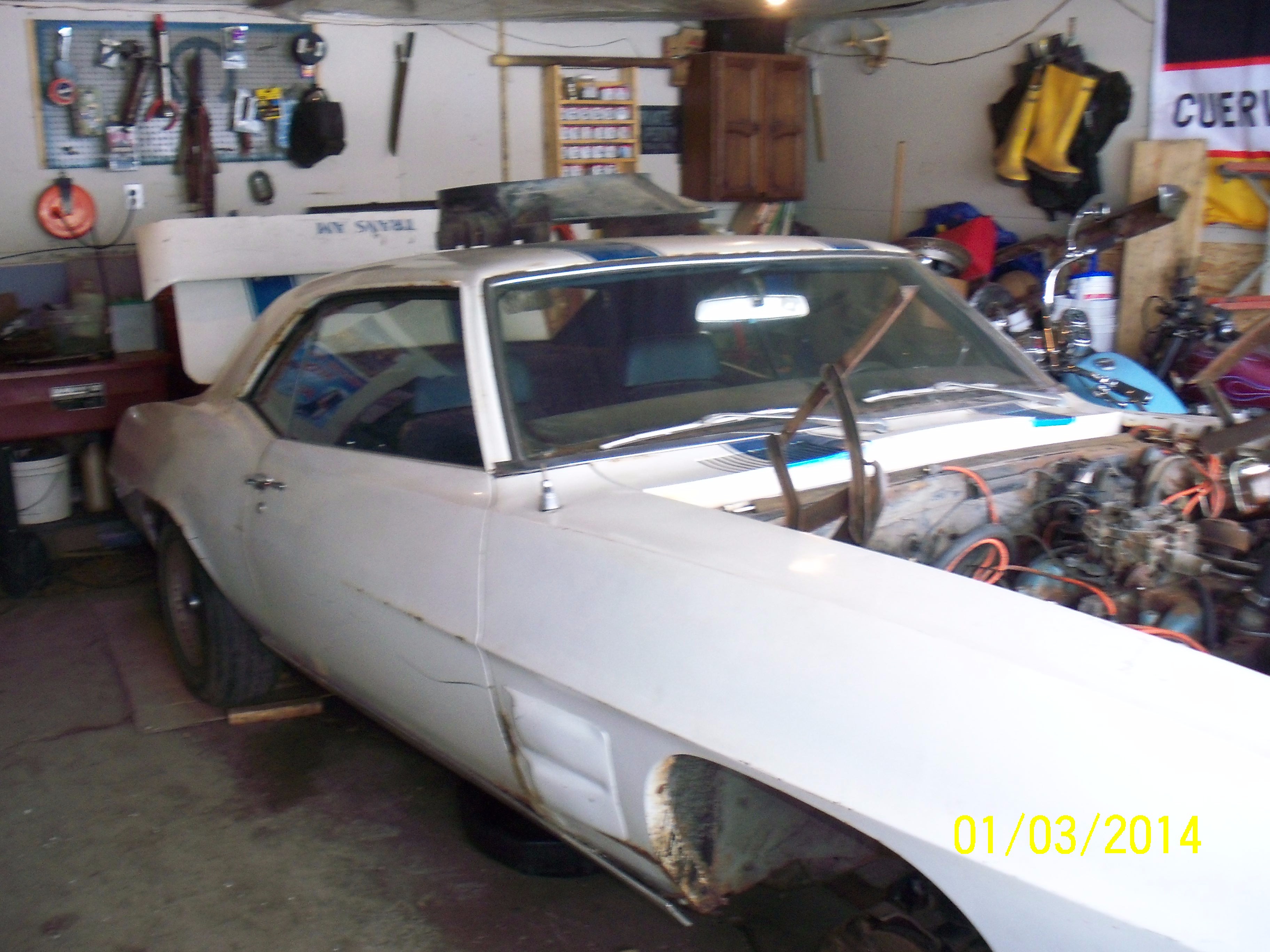 “It is a one-owner car, purchased by a guy named David from Sumner Pontiac in Des Moines Iowa.  He drove it off the lot in May of 1970, always parked it in the winter and drove it less than 3000 miles a year.” 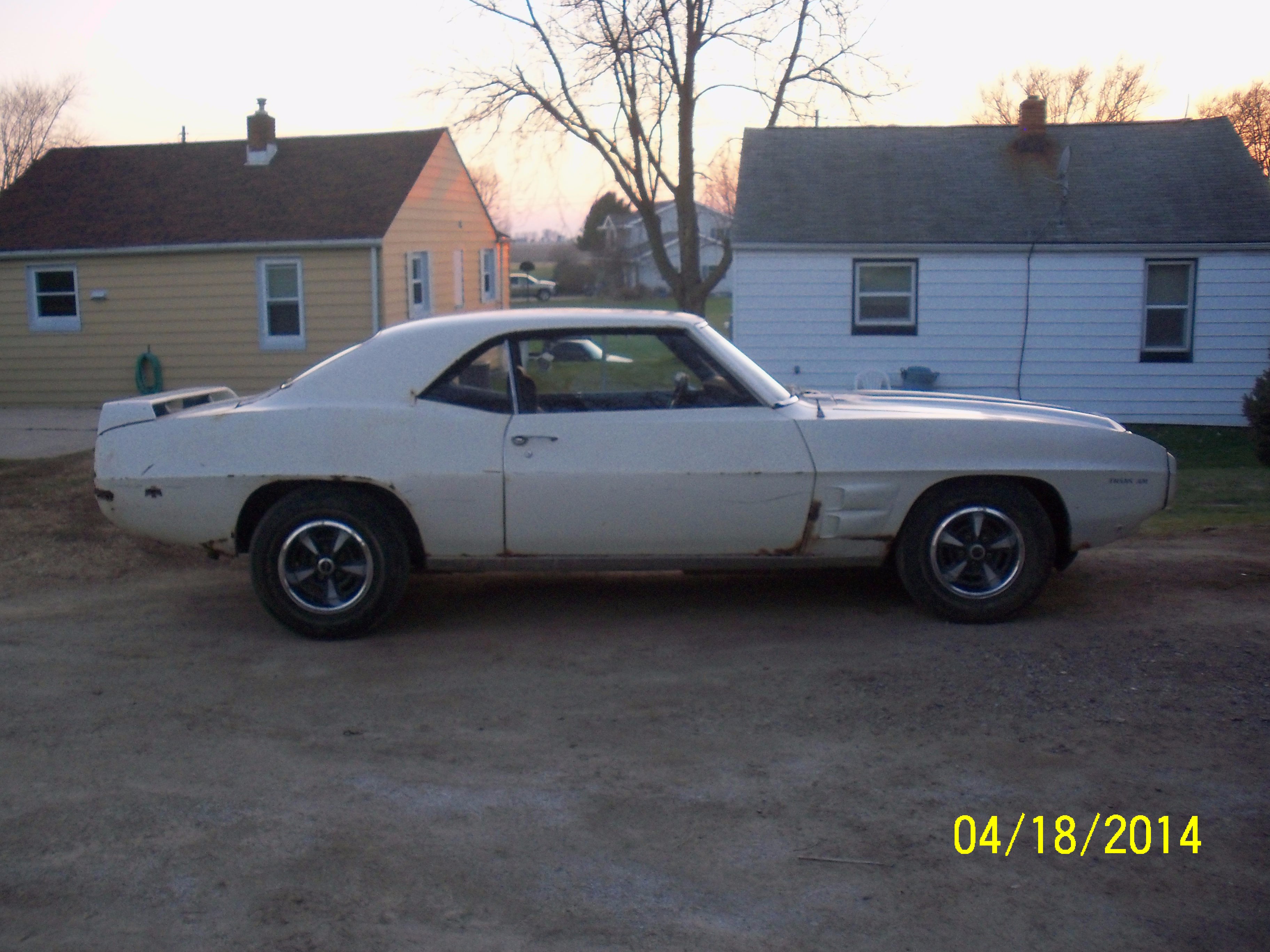 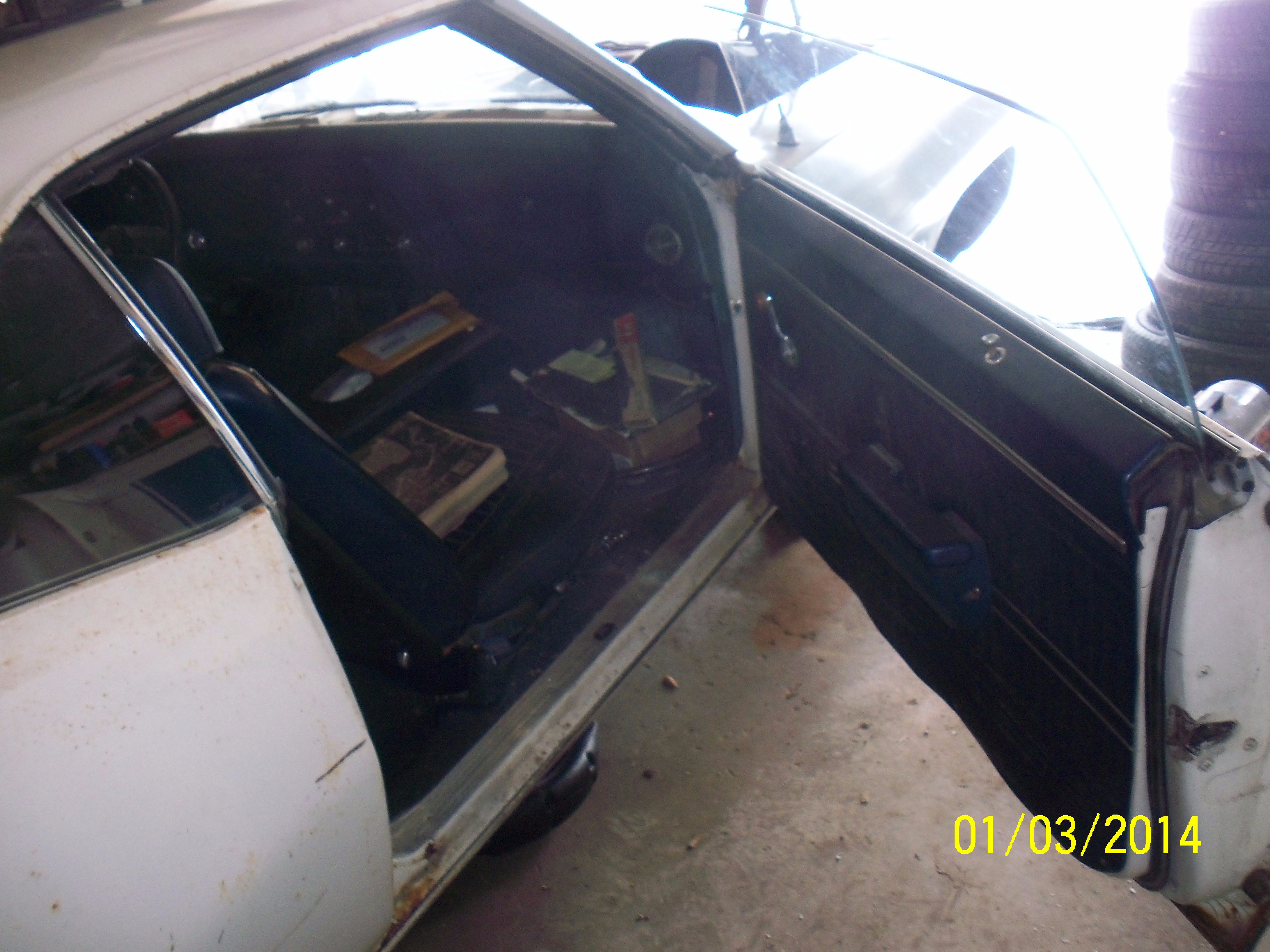 David told Richard some of the colorful story behind this gem in the rough, like where he used it for a time as a tow vehicle.  “He put a trailer hitch and electric brake on it and pulled his race car around.  (That must have been a site to see pulling into the local track!)  Another time, he came out of the bar one night, and some people were under the hood trying to borrow the ram air set-up, so when he got home he took it all off and never put it back on.  Just before he put it in storage, he took a night machining class in 1981, had the heads done and never put them back on.  However, as far as I can see, I did get all the original parts that came with the car. “ 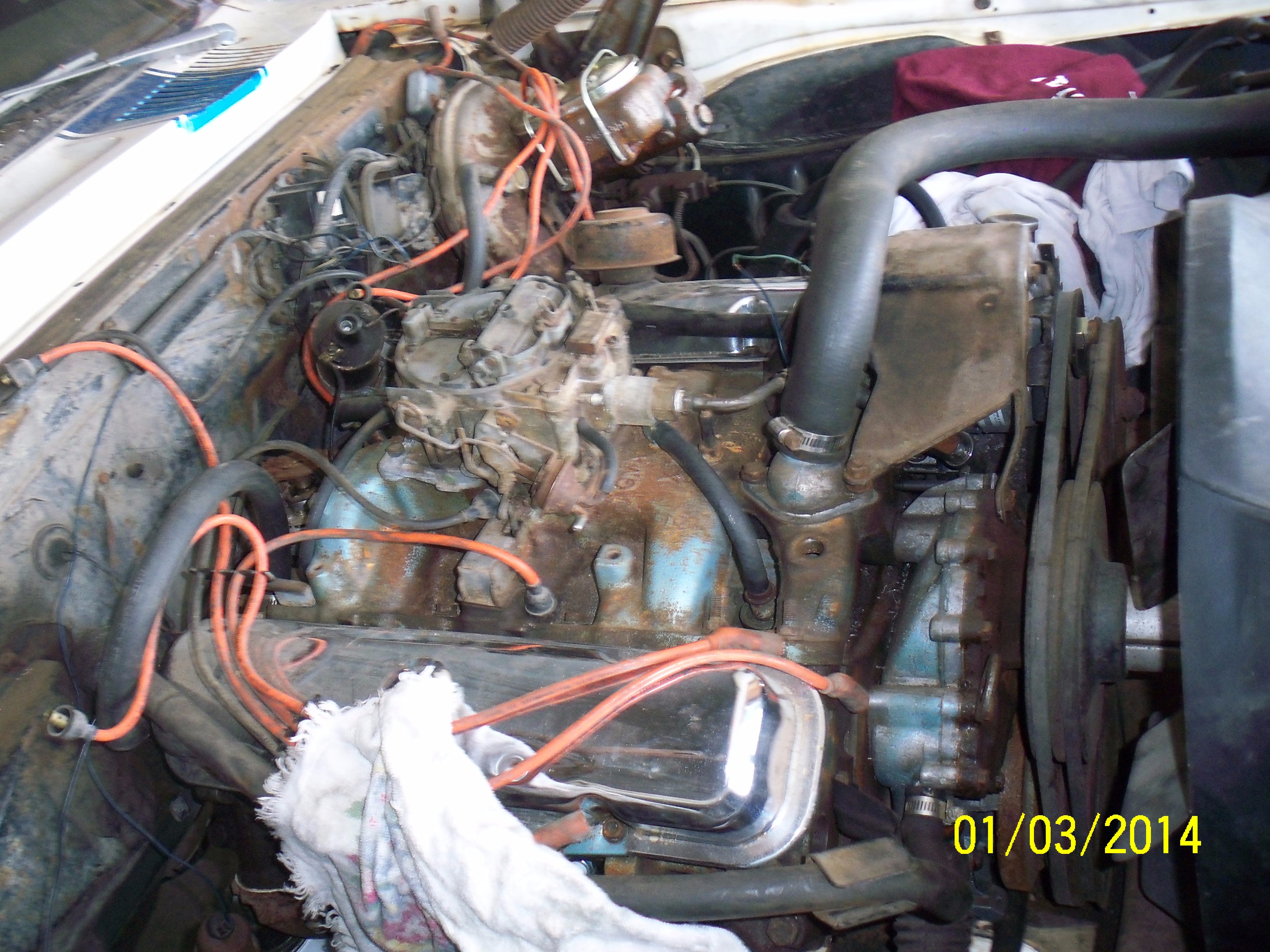 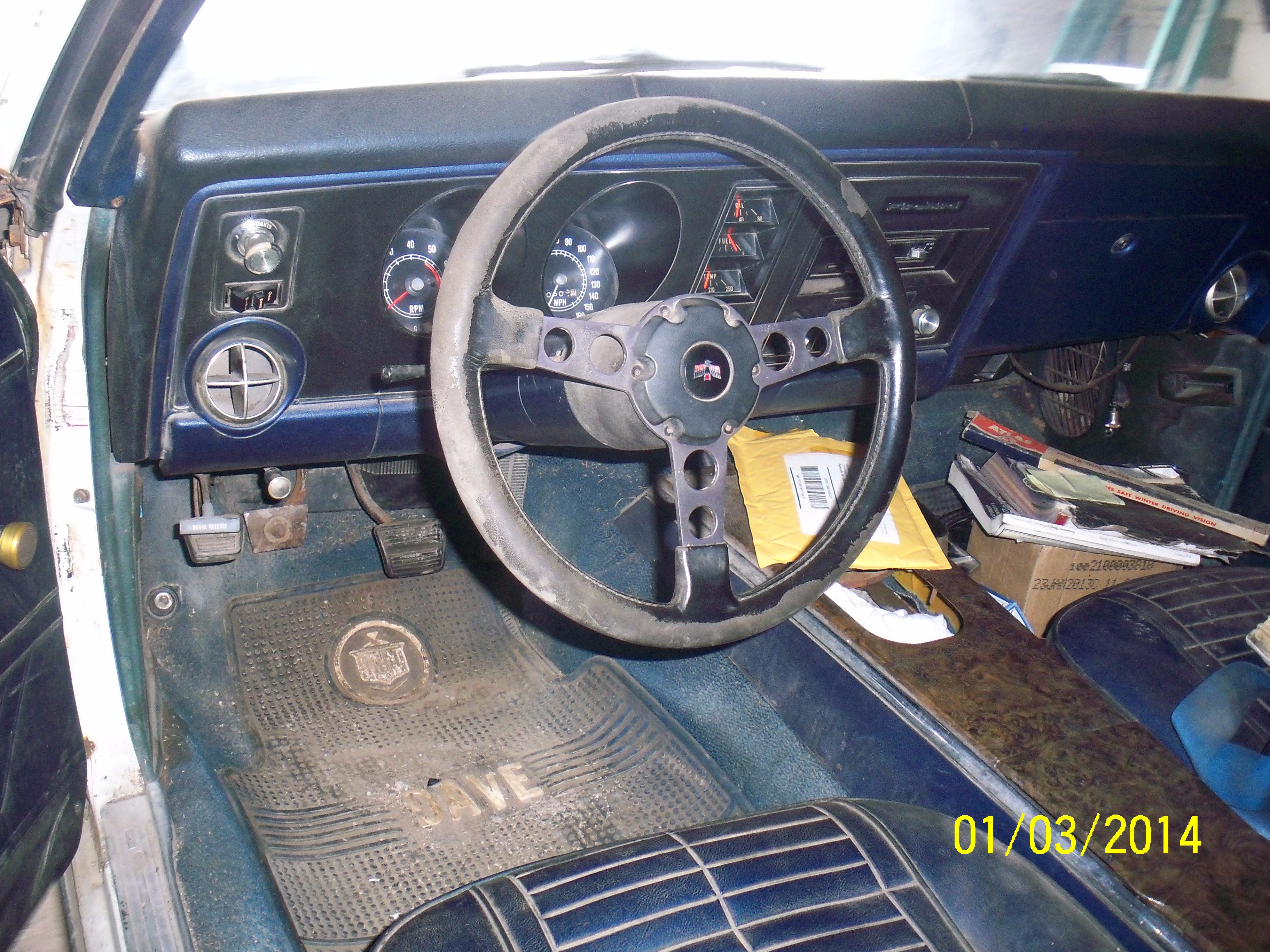 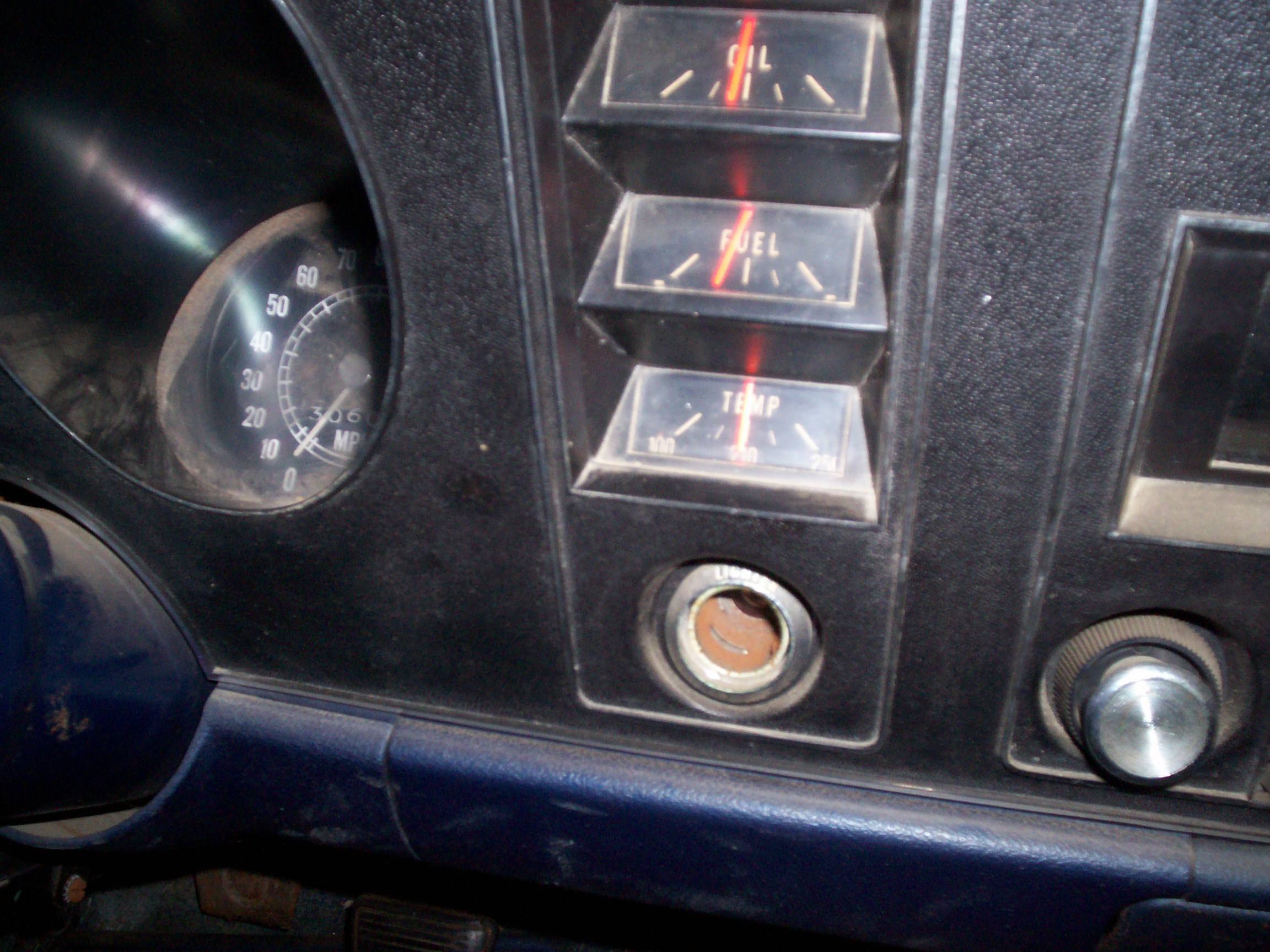 Richard is making the necessary changes to this Trans Am to get it drivable and just enjoy running around in it before having it undergo a full restoration.  “Last year I took the original motor and trans out and installed a 455 out of a 1970 Catalina cop car and an M20 out of a 67 Chevelle.  We also took the entire interior out and cleaned it.  If anyone has ever cleaned an interior that has been sitting in storage for 33 years, then you know what a lot of work it was – but it was a labor of love.” 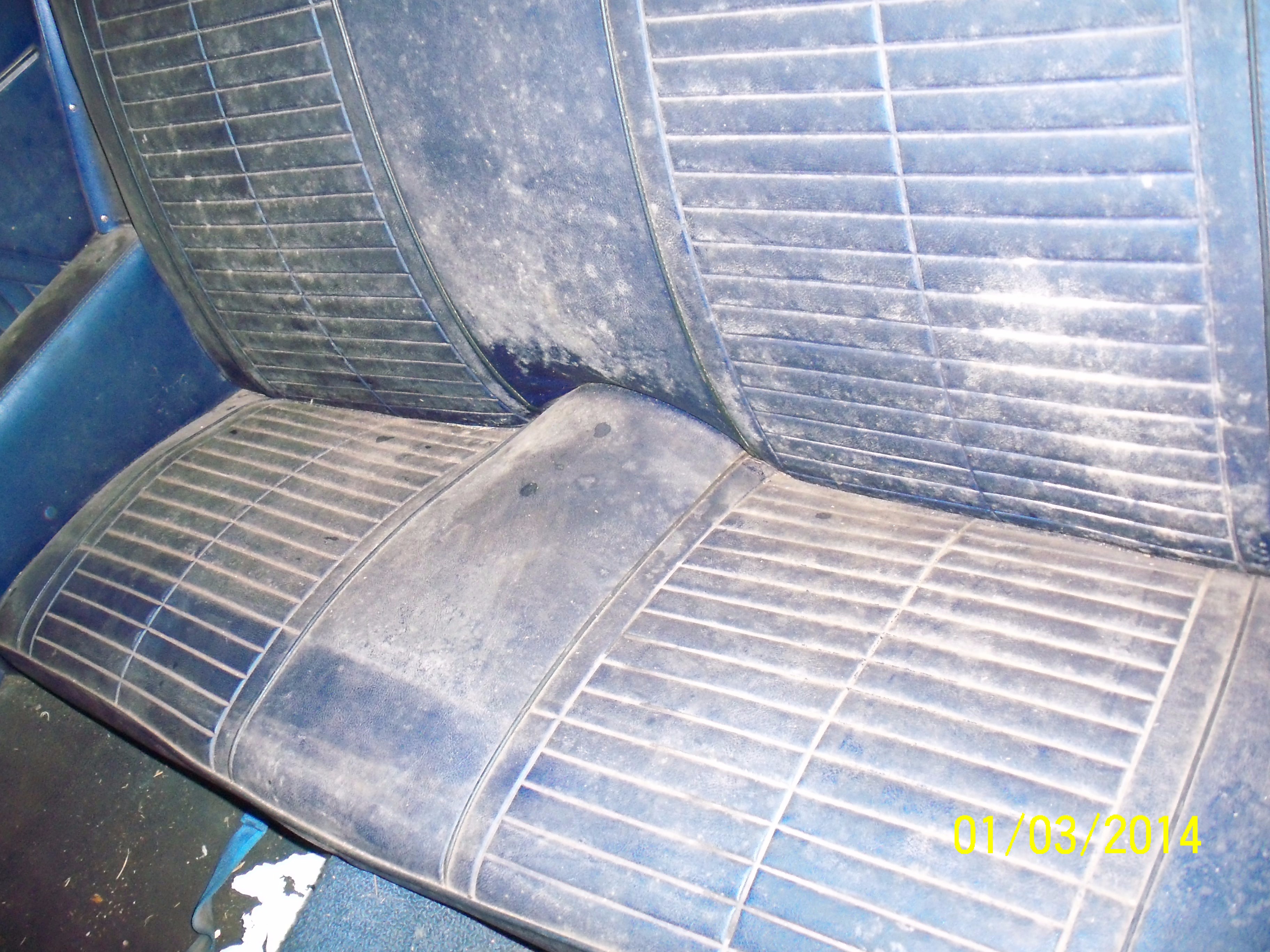 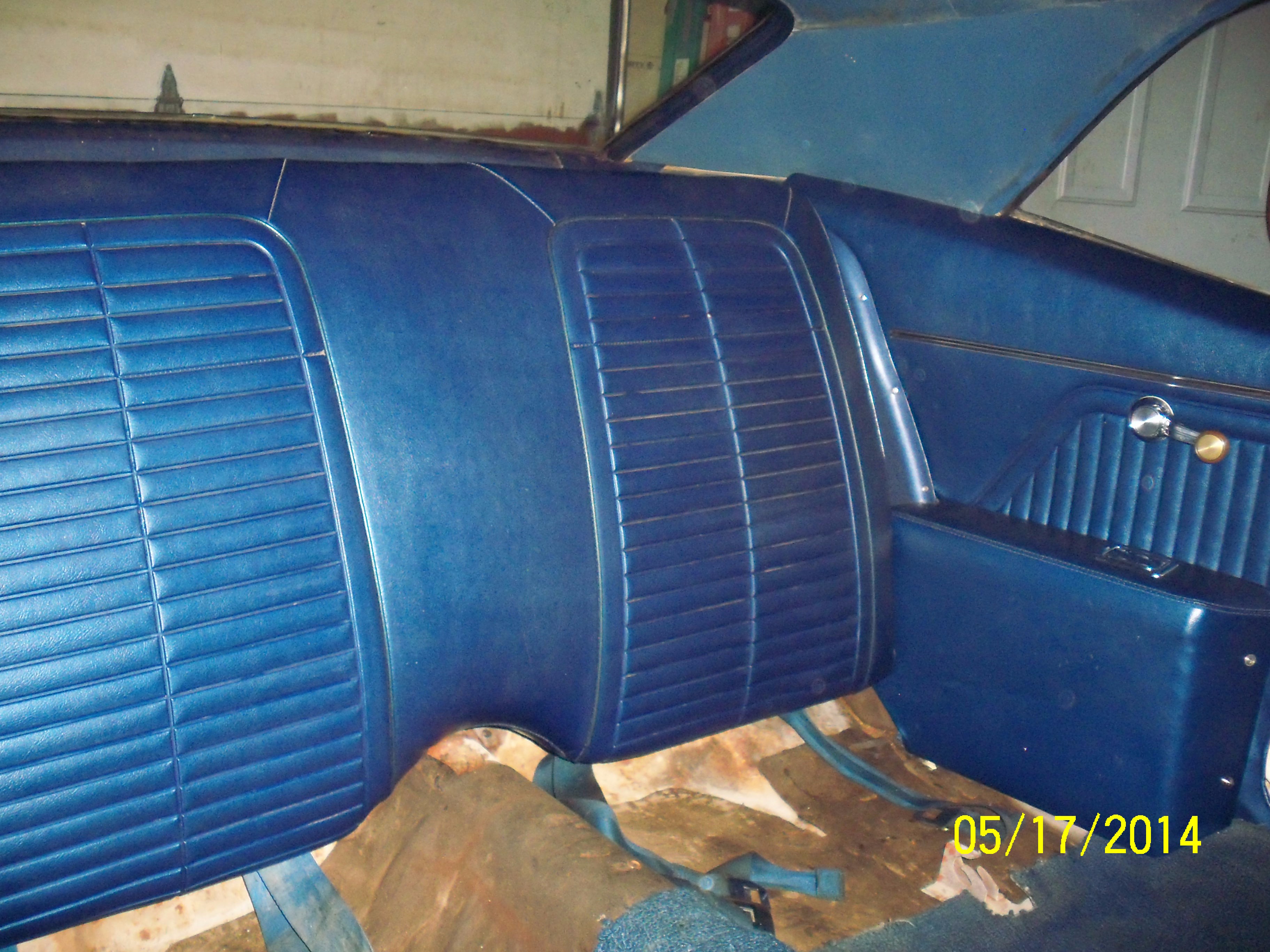 Now here’s something else that is interesting about this particular car.  “The car was built the 4th week of October, build date 10D.  I was told it is the 586th Trans Am made.  It is kind of funny, they say they never made a 70 WQ engine, but yet that is what this car came with.  Cast date of F179, it’s a 4-bolt block and has the ‘69 motor mount holes, ‘69 RAIII distributor and carb. The window sticker is the original to the car, and so is the Formula steering wheel.” 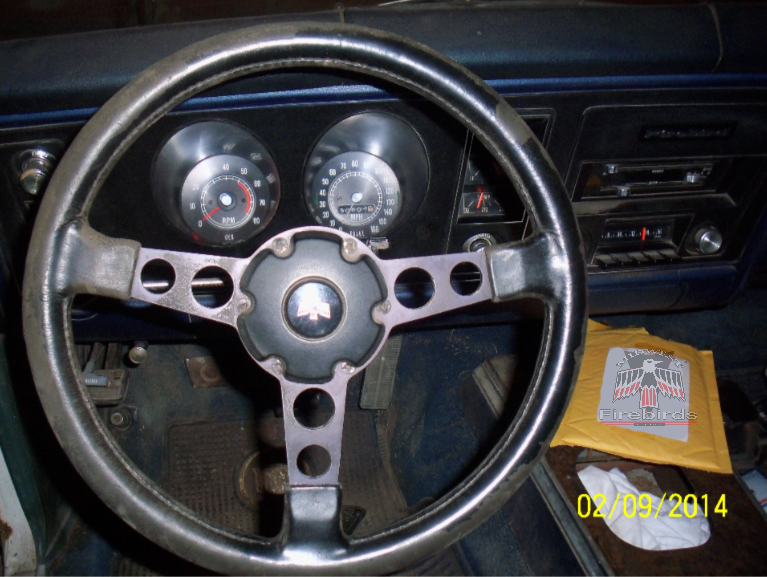 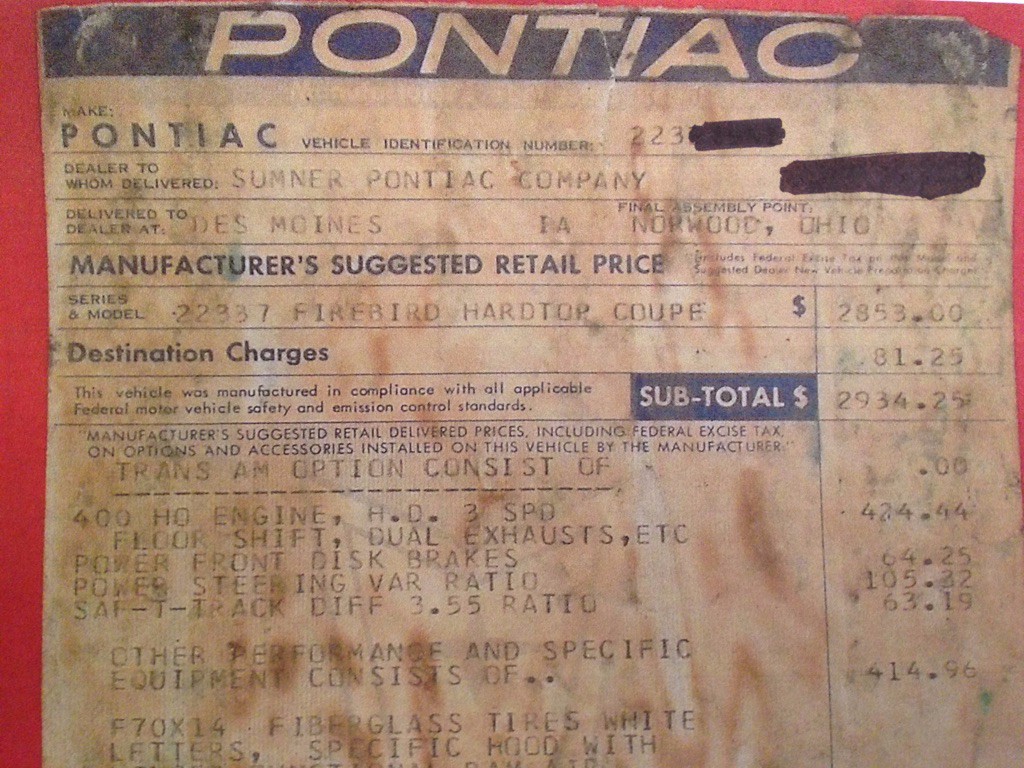 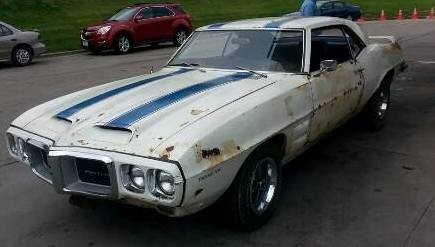 Now here’s a little Trans Am history you may not be aware of.  We asked Mike Noun, renowned Pontiac historian and one of our club’s Technical Advisors about some of the oddities of Richard’s Trans Am, and here’s what Mike had to say….

“Richard’s Trans Am is one of the last produced, showing an October 1969 date on the trim tag.   Normal production would have run from September 1968 through July 1969, and then the plants would shut down and retool for next years models. But because of the delay of the new 1970 Firebirds (which would appear in February 1970 as 1970-1/2 models), the decision was made to extend the 1969 Camaro and Firebird production run through November 1969. So as the 1970 Pontiacs debuted in September 1969, they were still making (and selling) 1969 Firebirds. I have only seen special ordered cars that were built during this time period, as Pontiac dealers cut prices on the remaining 1969 Firebirds to move them off their lots.” 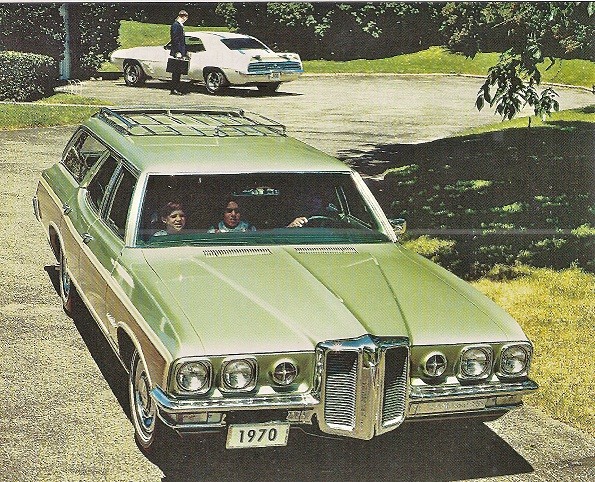 Pontiac had to create all their sales material in advance of the 1970 Pontiac model year. Here’s a couple rare photos showing a 1969 Firebird with a 1970 model, and two pictures showing a dealer display for 1970 Firebird promotional materials, but notice they had to use a 1969 Firebird! 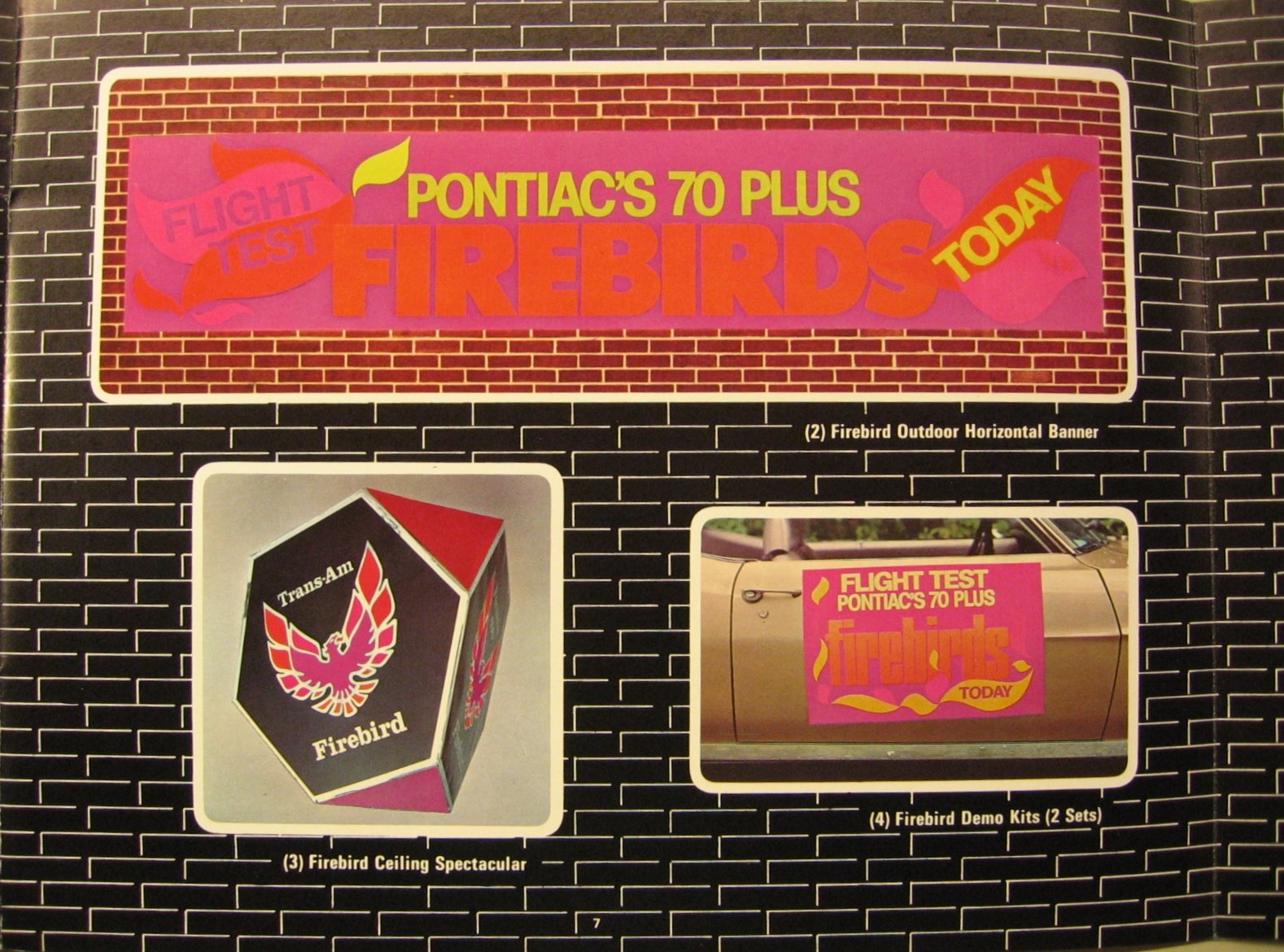 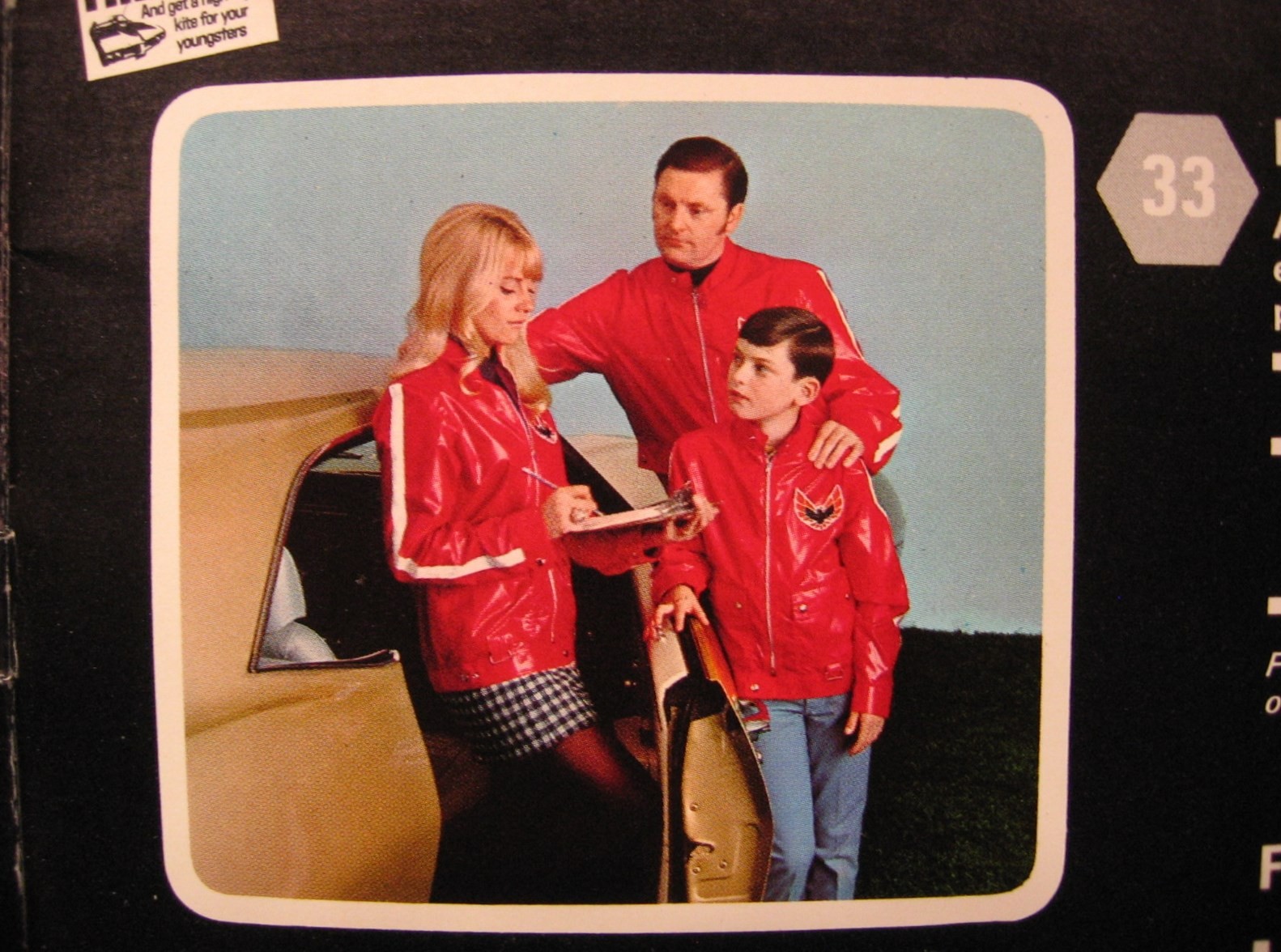 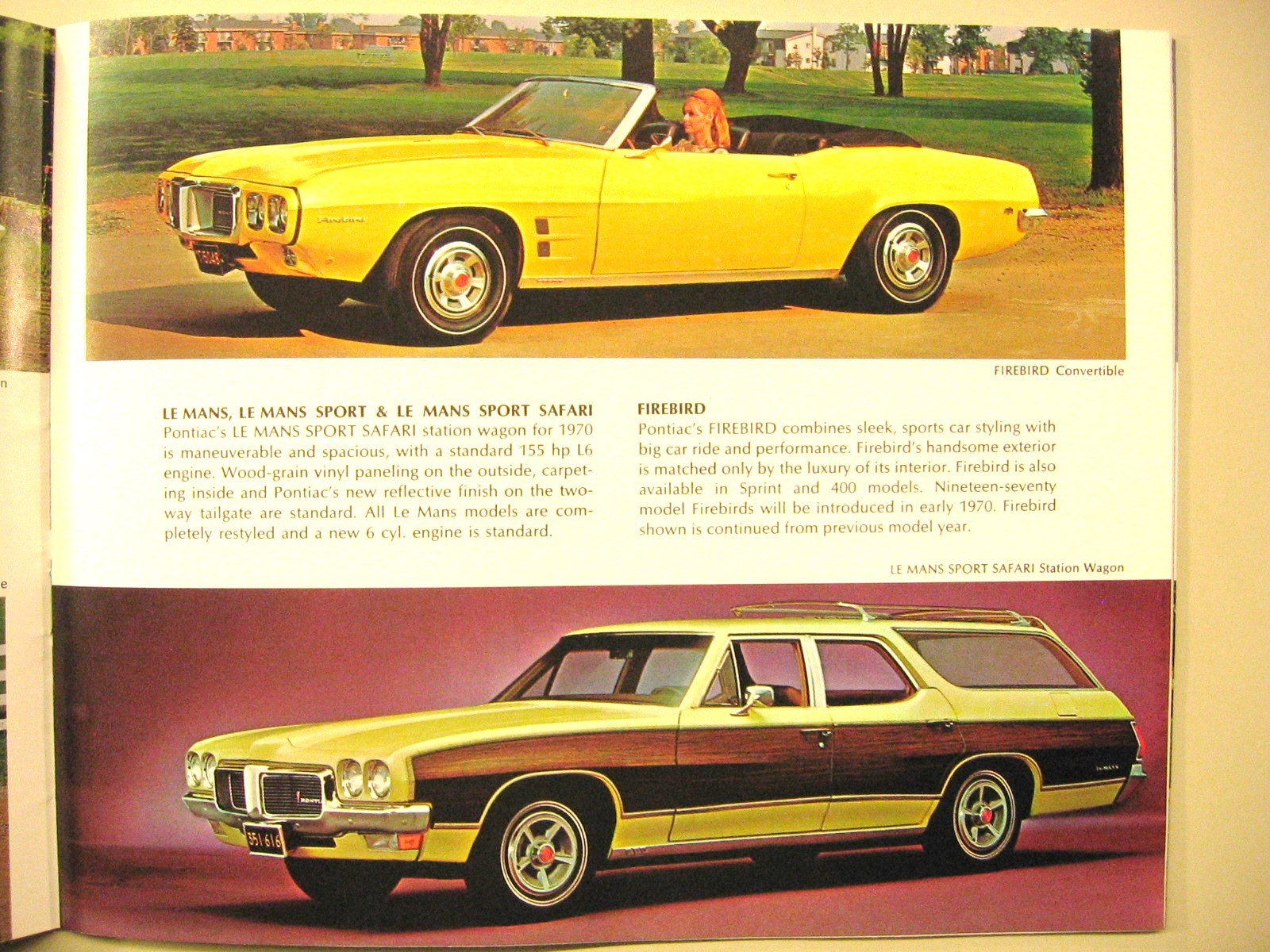 Another oddity: 1968-1969 Firebirds had a smaller-sized window sticker that allowed the form to be displayed in the rear quarter window. Pontiac used the same basic format dating back to 1964, with smaller versions for Firebirds in 68-69. For 1970, Pontiac completely changed their window sticker. All Pontiacs would use a large format window sticker (the new 70 Firebirds no longer had quarter windows, so were not window space limited).  However, for those few 1969 Firebirds that were actually built (not just sold) between September-November 1969, Pontiac created a smaller 1970 form to be used on 1969 Firebirds. That’s the one Richard’s 1969 Trans Am has, and it’s quite rare. 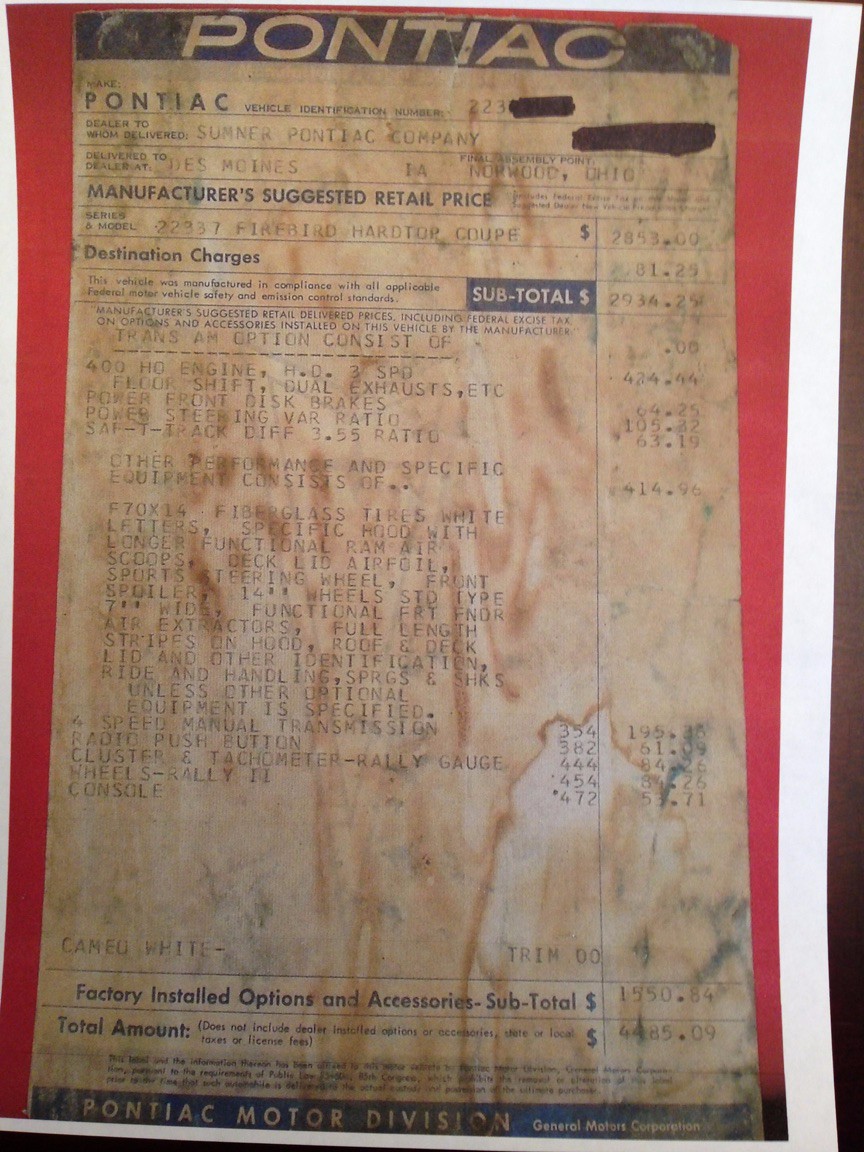 Richard’s window sticker is actually a small format. It’s a rare version where Pontiac scaled down their large 1970 format just for the late 1969 Firebirds! 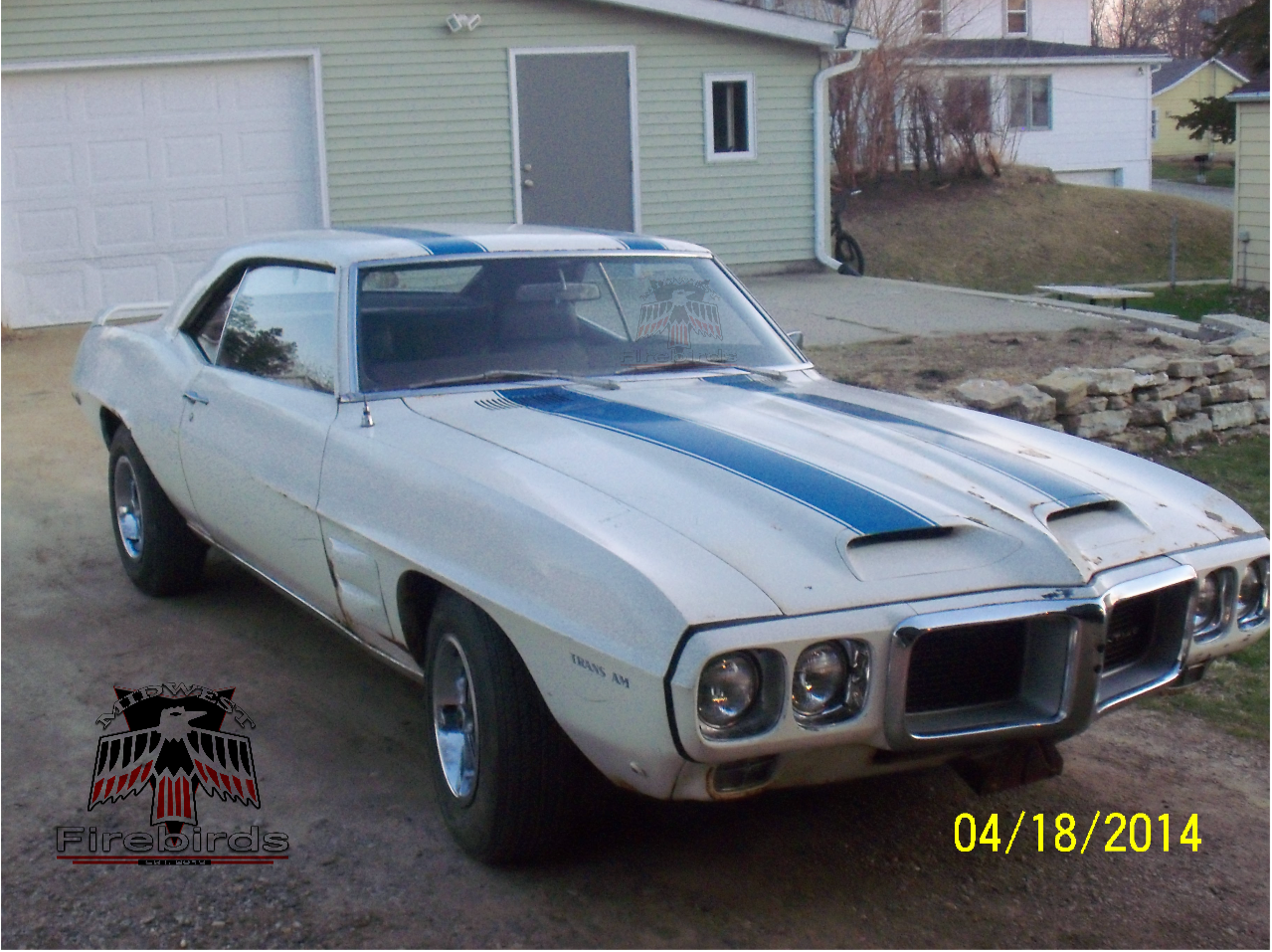 Richard continues, “I just love the Midwest Firebirds website and forum, keep up the good work.  I would also love to see more pictures of other ‘69 TA’s.”  He plans on joining us this summer on some of our cruises, and jokingly asked; “Do you mind cars with rust on your cruises?”  No problem Richard, we can’t wait to see it in person!

(Pictures courtesy of the owner & Mike Noun.  Story by Ken Pitcher with comments from Mike Noun.)