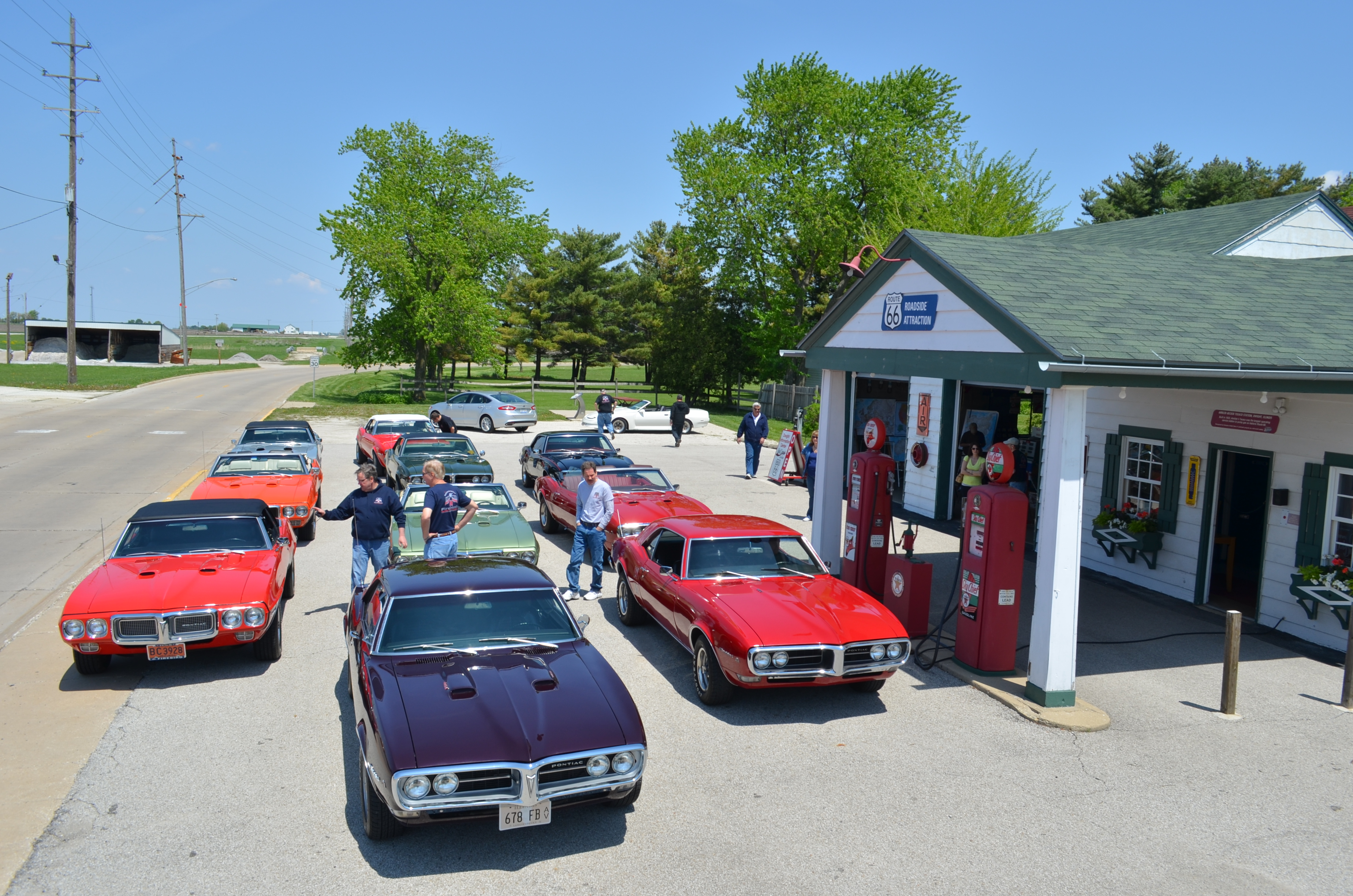 On May 18th, the Midwest Firebirds car club took an all-day cruise down historic Route 66 in northern Illinois.  Our destination was the Pontiac-Oakland Automobile Museum, in Pontiac.  Along the way, we scheduled stops with historic Route 66 landmarks for photo opportunities with our Firebirds.  This is the first of a two-part story covering our cruise that day.  The weather was absolutely perfect, partly sunny with no rain in the forcast and a high of 70 degrees.

Our first stop was in Wilmington, home of the “Gemini Giant”.  This is one of the larger-than-life creatures along Route 66 from the early 60’s.  It was built to welcome motorists to the Launching Pad diner, which unfortunately was closed down.  After that we drove about 10 miles through a few small towns until arriving at the Ambler-Becker Texaco Station in Dwight, Illinois.  Built in 1933 and operated until 1999, give it the distinction of being one of the oldest continually operated service stations on Route 66. Its original cottage look has been lovingly restored and is now the visitor’s center for the Village of Dwight.  We spent most of our time here, staging a great picture of all ten Firebirds for a high quality poster we’ll make available to everyone later.

Our last stop before pulling into Pontiac for lunch and the Museum tour was Odell Illinois.  Odell’s most famous landmark on route 66 is a historic Standard Oil service station.  Built in 1932, it won the National Historic Route 66 Federation Cyrus Avery Award in 2002 for the year’s most  outstanding Route 66 preservation project.

Everyone had a fantastic time on the cruise, and I’m happy to report –  no mechanical problems!  Next week we’ll post part two of our Spring Cruise, where we caught up with members from the Indy Firebird club, and took some great photos of all the cars by the Pontiac  Museum and Courthouse. 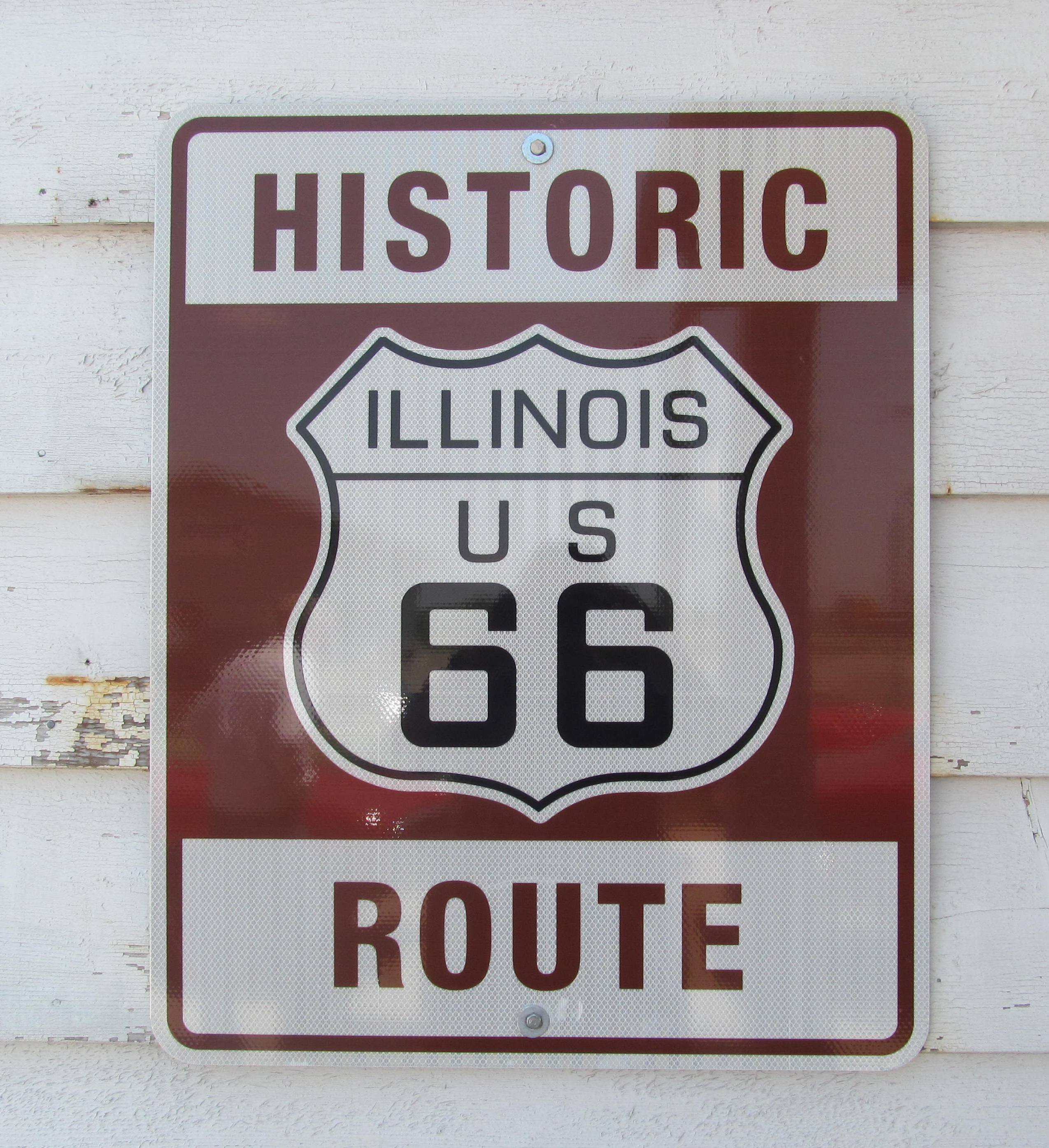 Can you thnk of a better road for a cruise with Classic Cars? 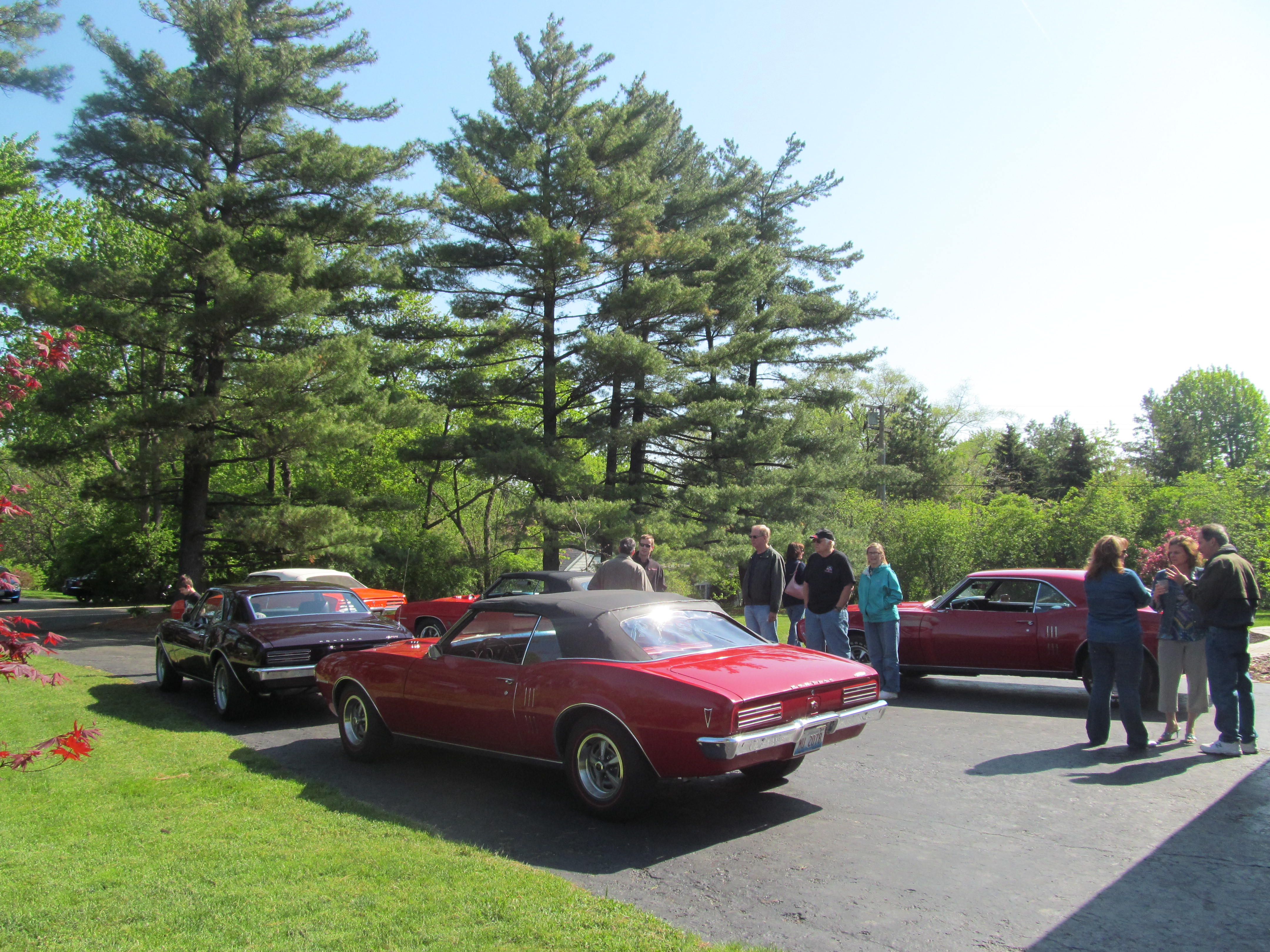 Here’s some of the Firebirds gathering to start our day. 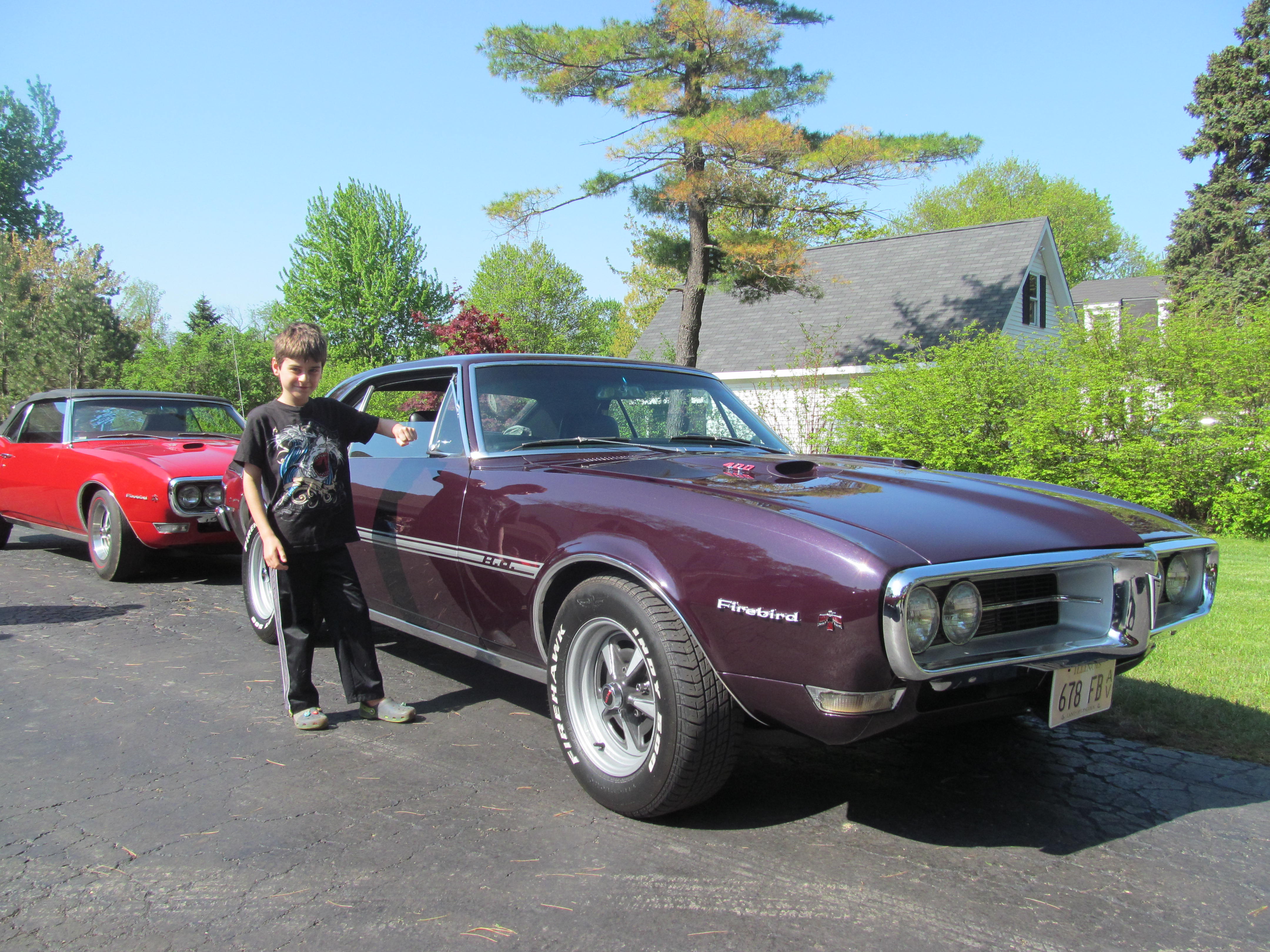 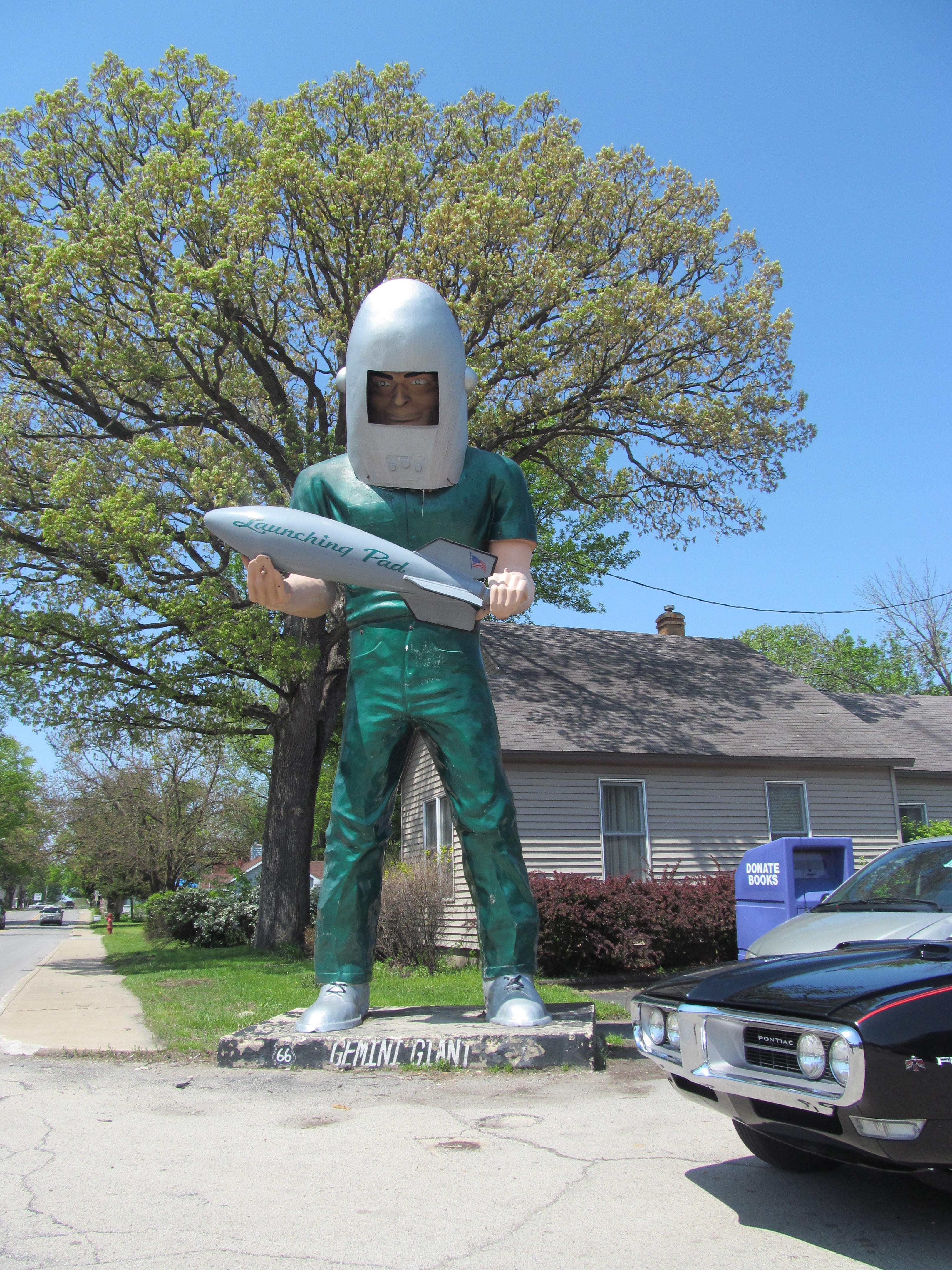 The Gemini Gaint in Wilmington, is one of the “Muffler Man” or “Paul Bunion” type signs built in the 60’s. 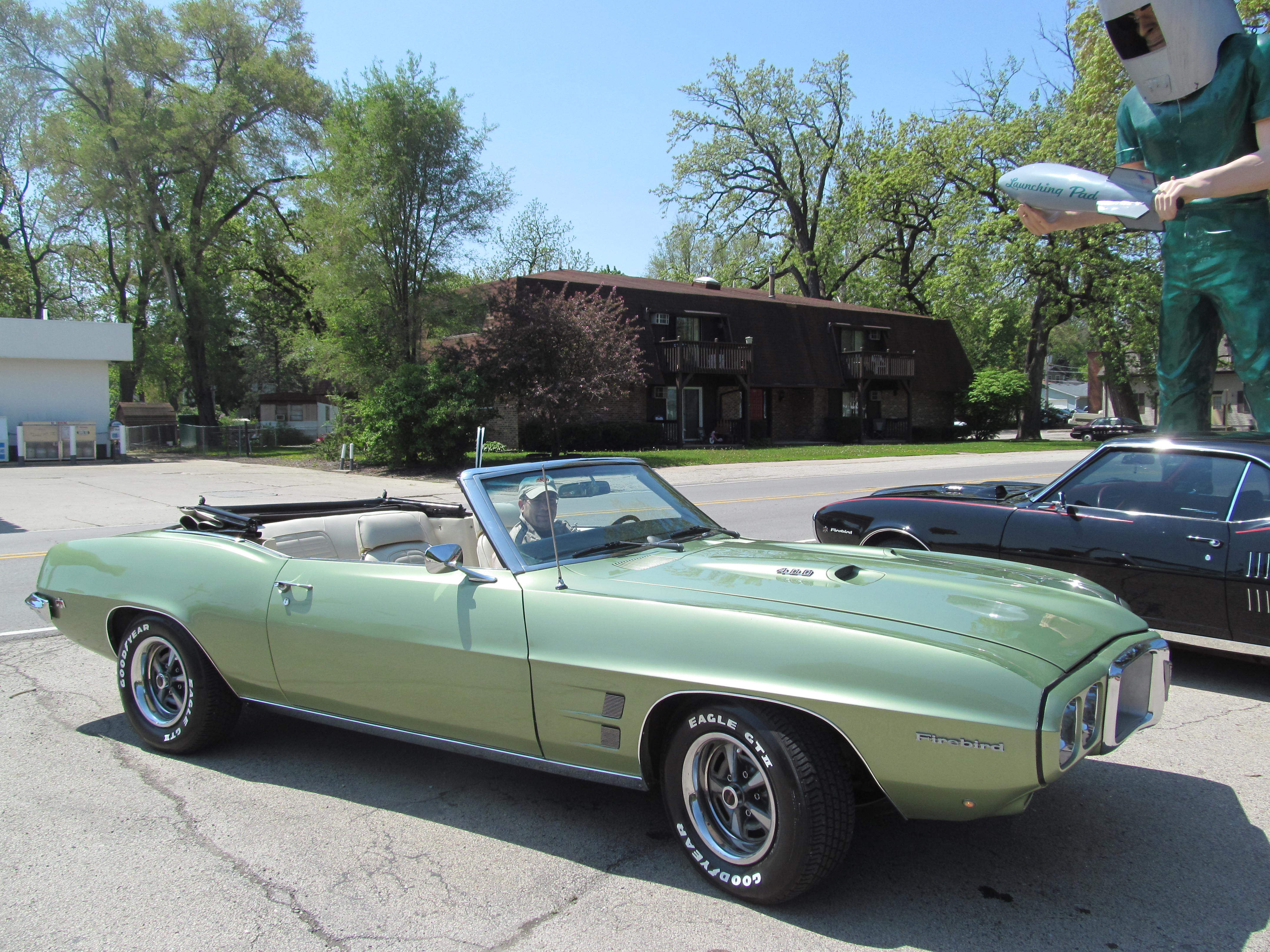 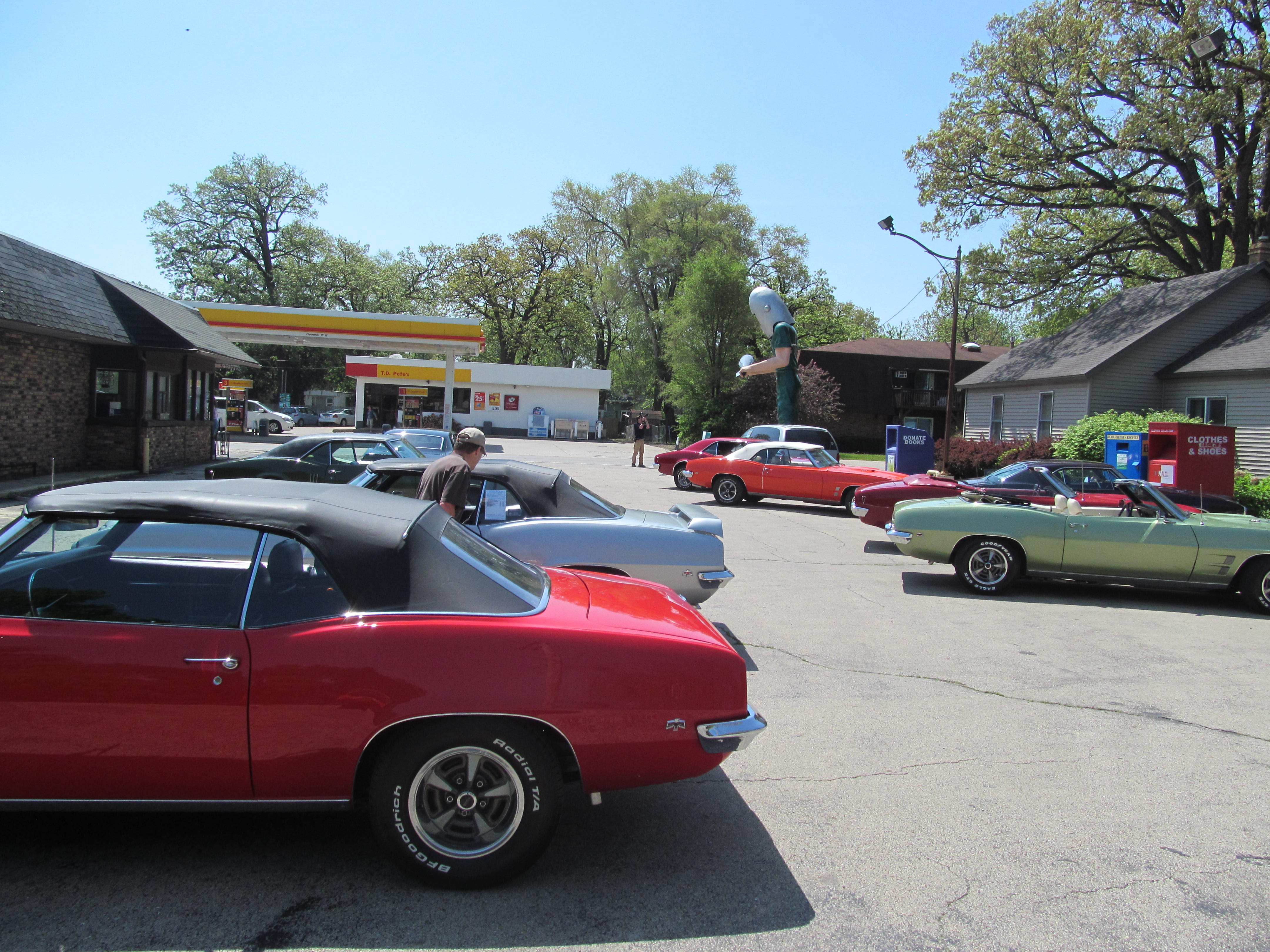 A flock of vintage Firebirds at the Launching Pad restaurant. Several people came out to talk to us and take pictures of the cars.

The second stop on our tour was this historic Texaco station in Dwight, Illinois. 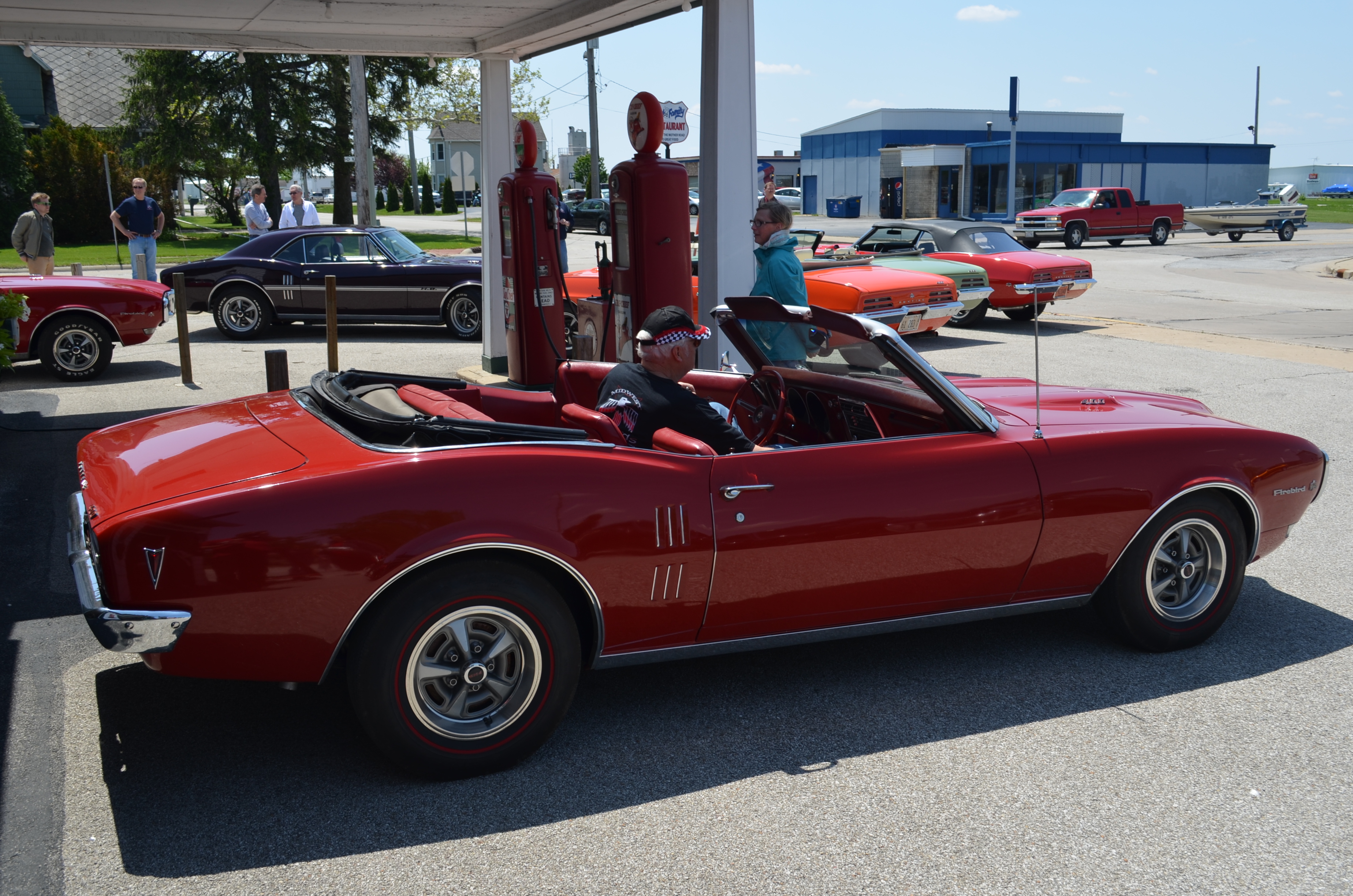 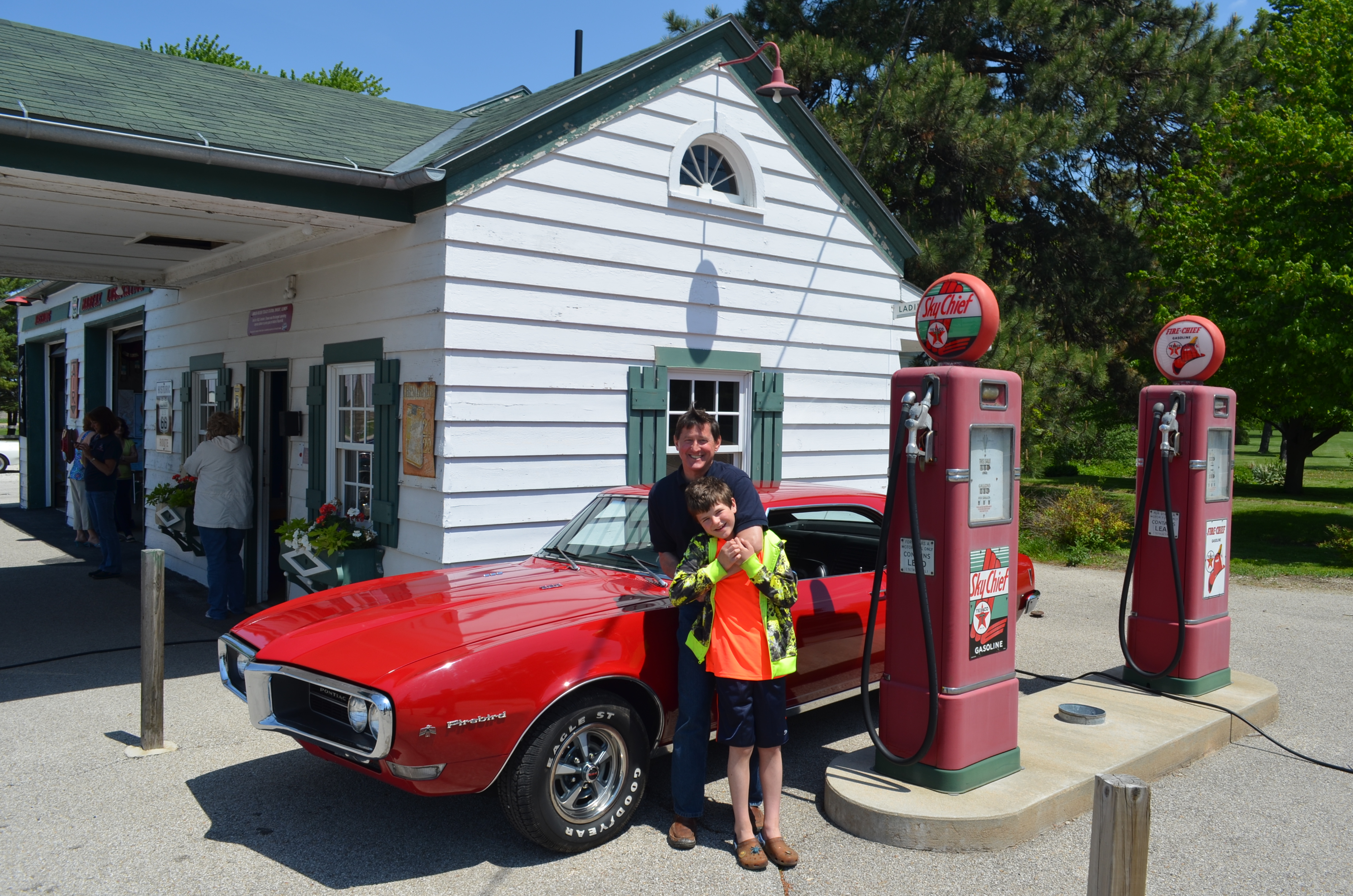 The best thing about owning an old car is spending quality family time together. Here I am clowning around with my 12 yr old son, Tanner. 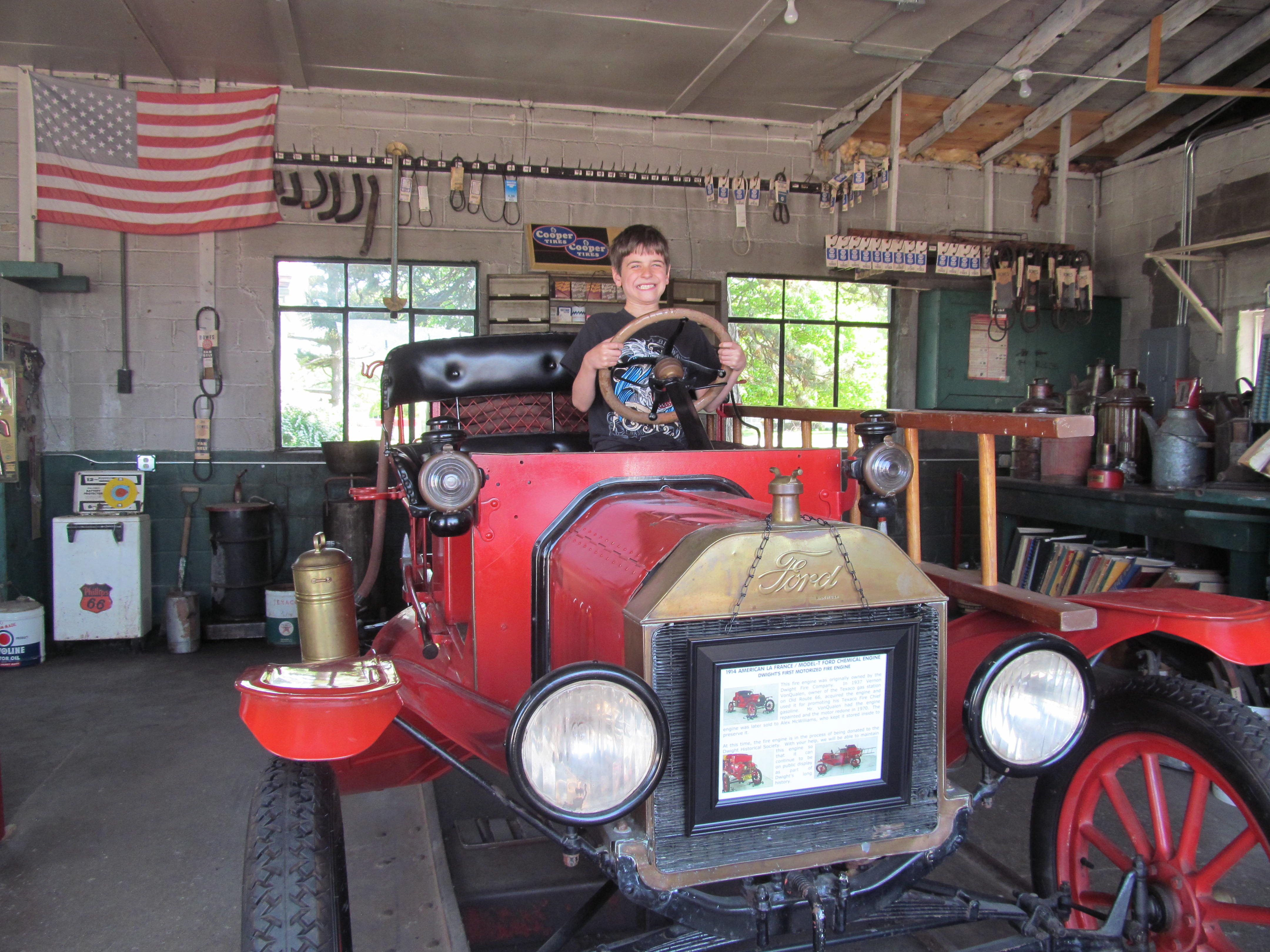 There’s plenty for kids to appreciate in this service station seemingly locked in a time warp of the 1930’s. 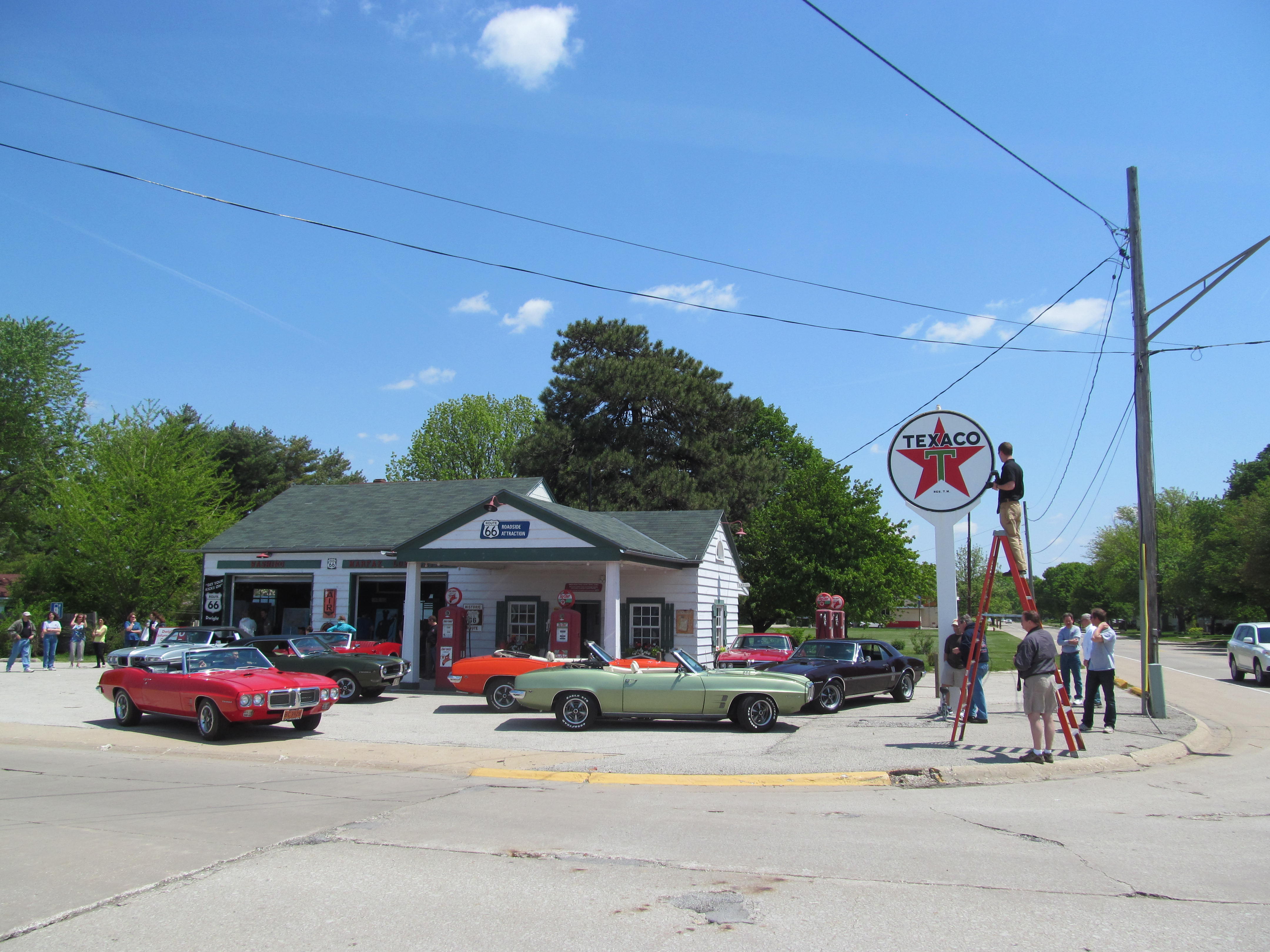 Our Media Director’, Matt Avery positions the cars atop a giant ladder, steadied by Tim Dye, curator of the Pontiac-Oakland Automobile Museum. 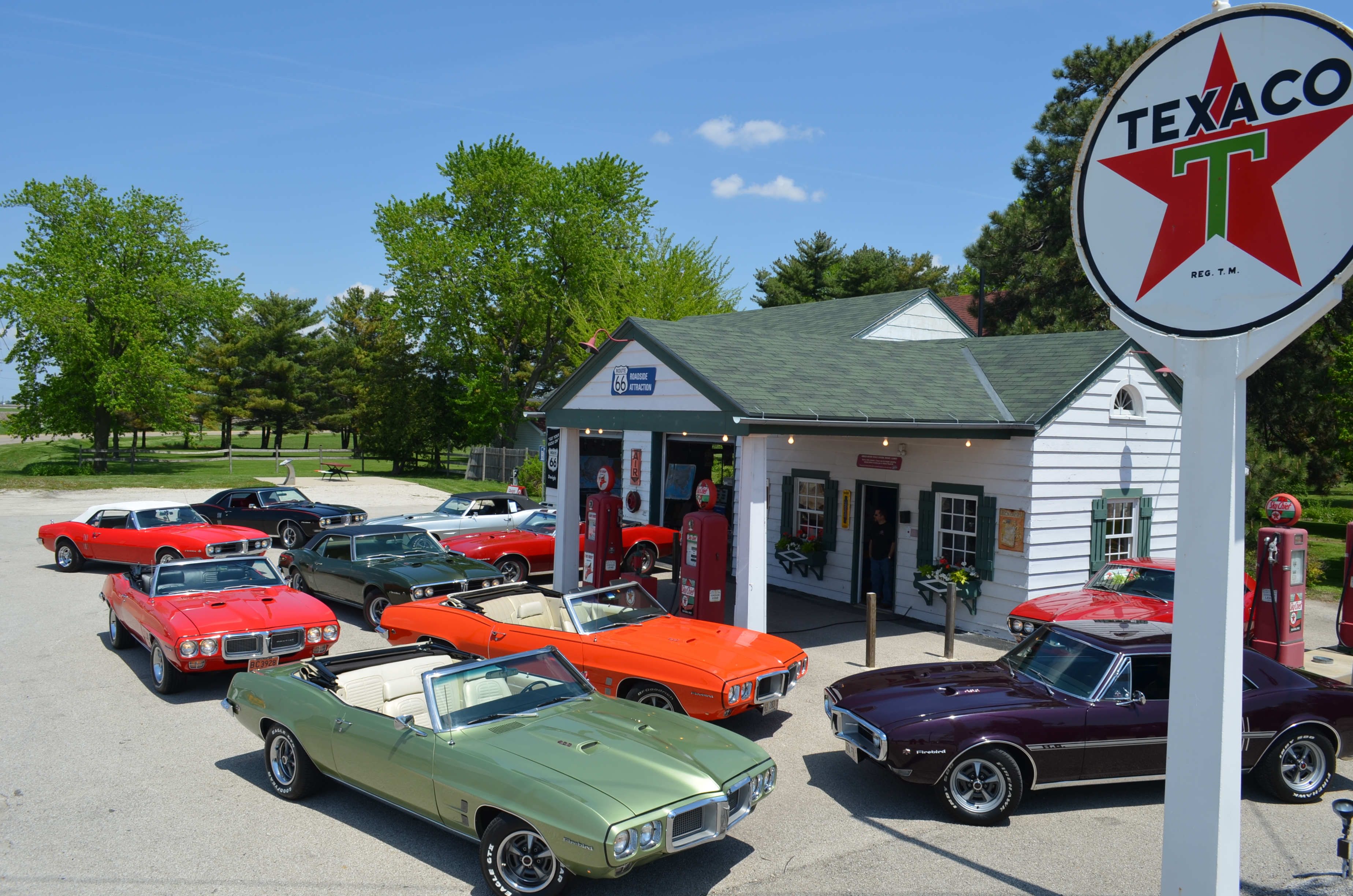 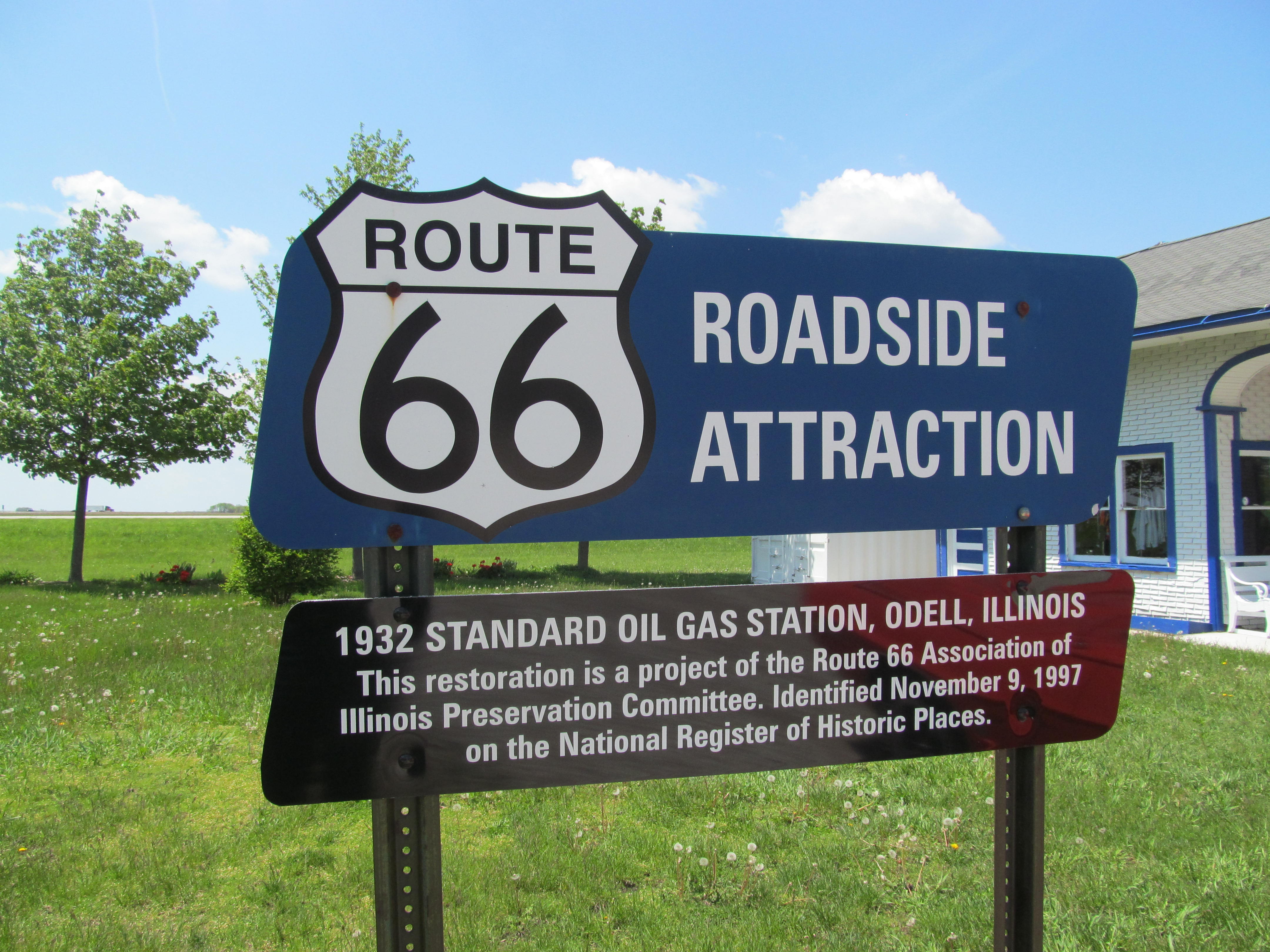 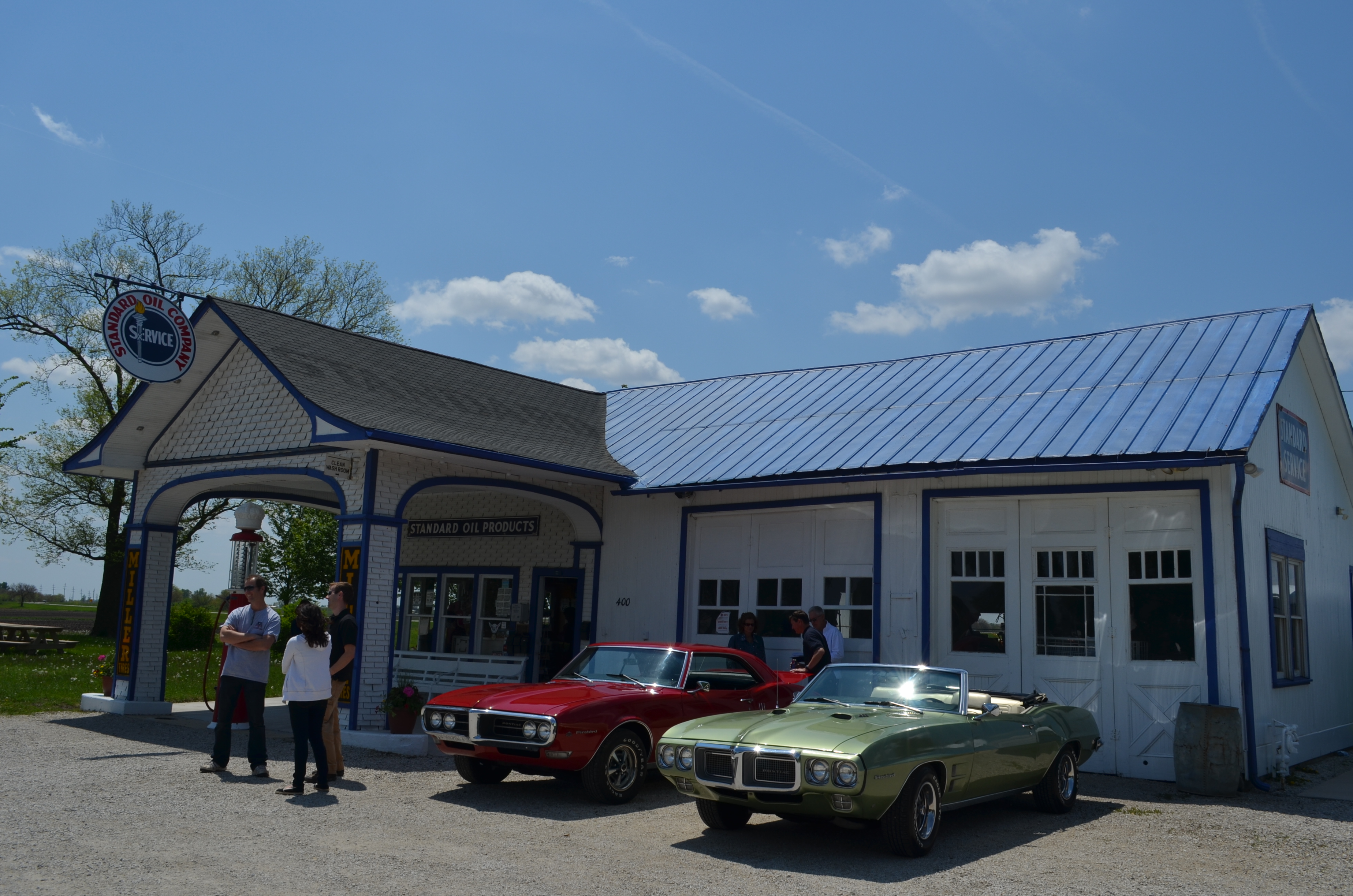 What a beautiful day to be out in the Firebirds! 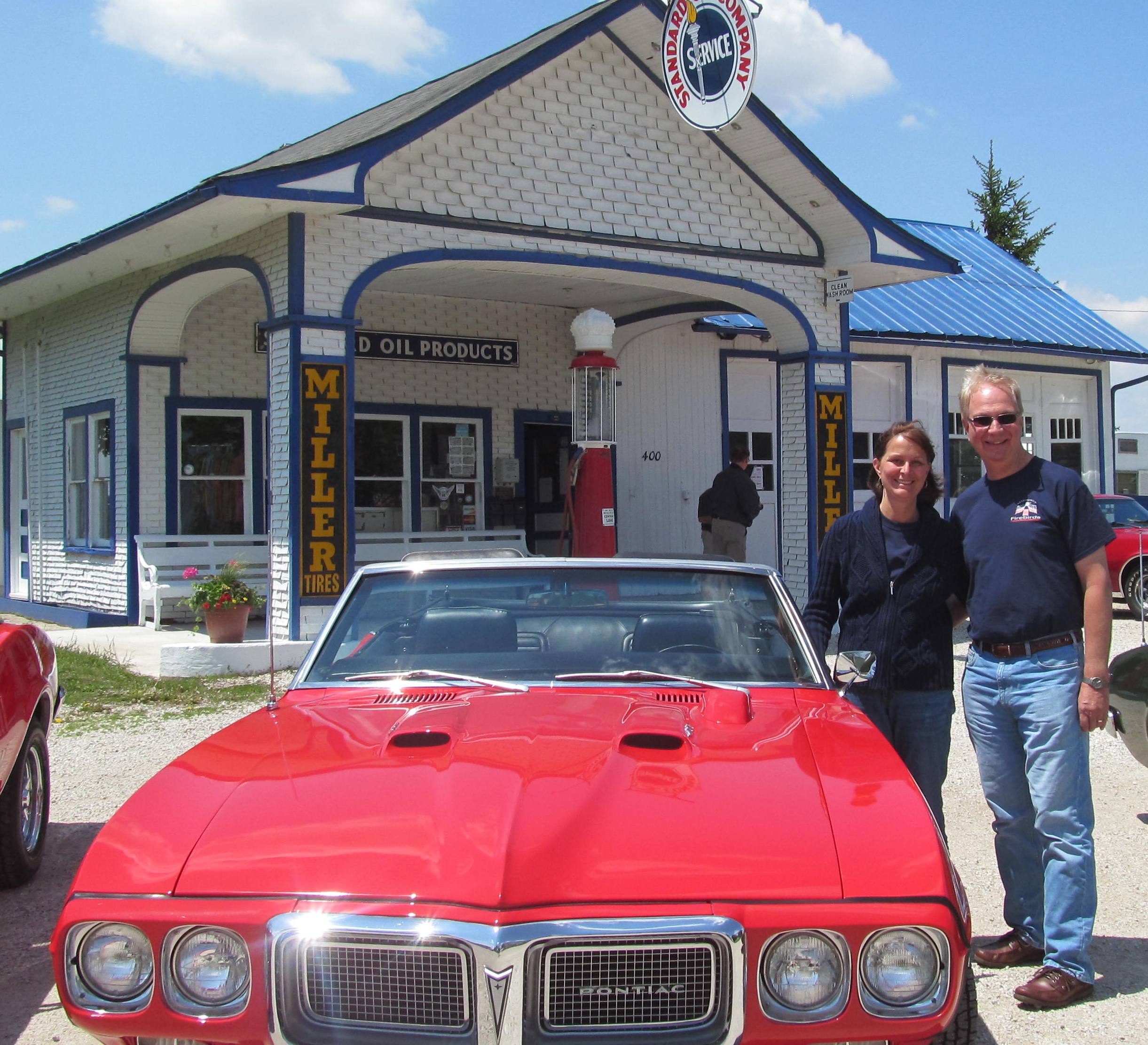 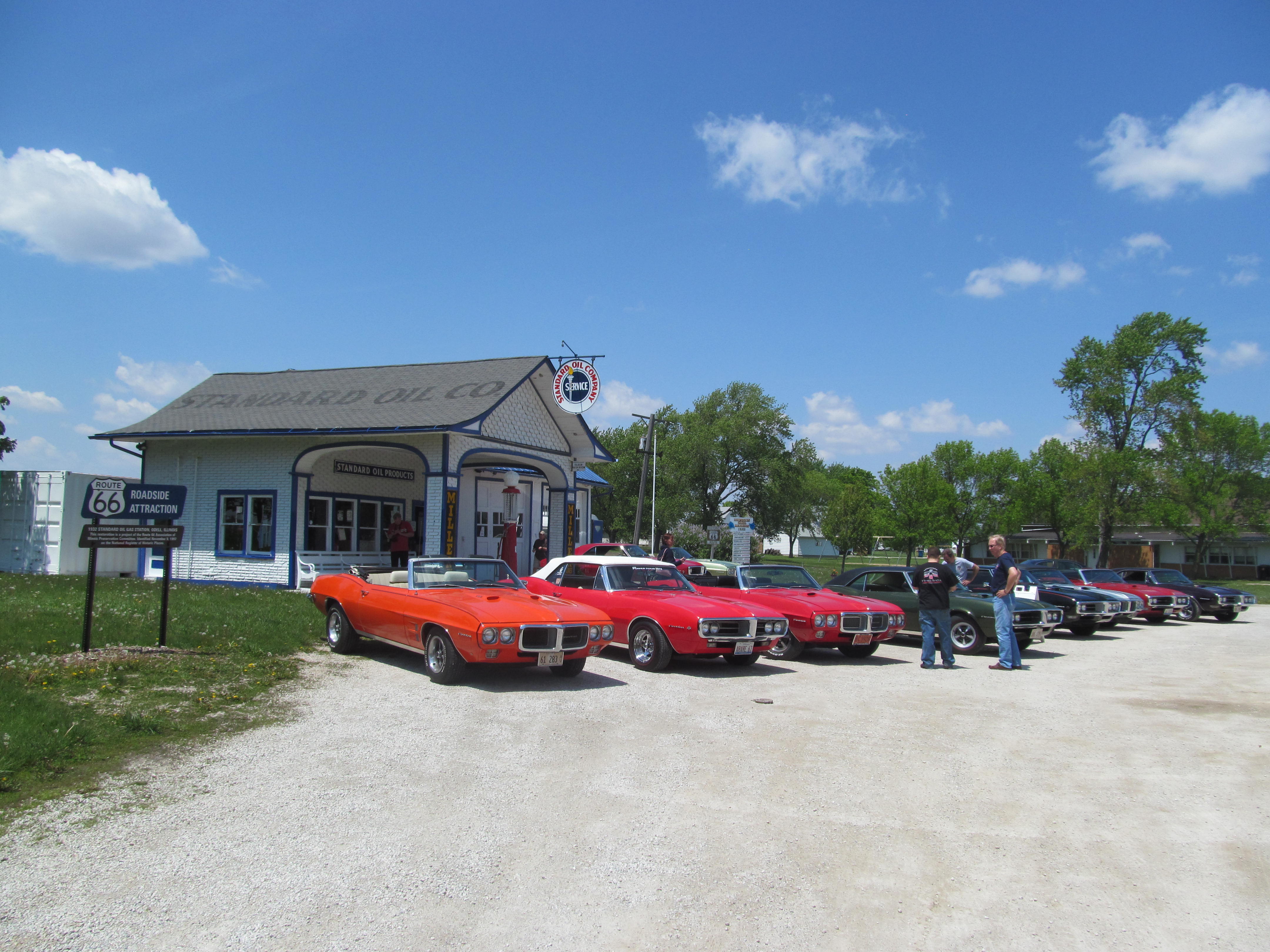 Talking about first-generation Firebirds never gets old for our club members. 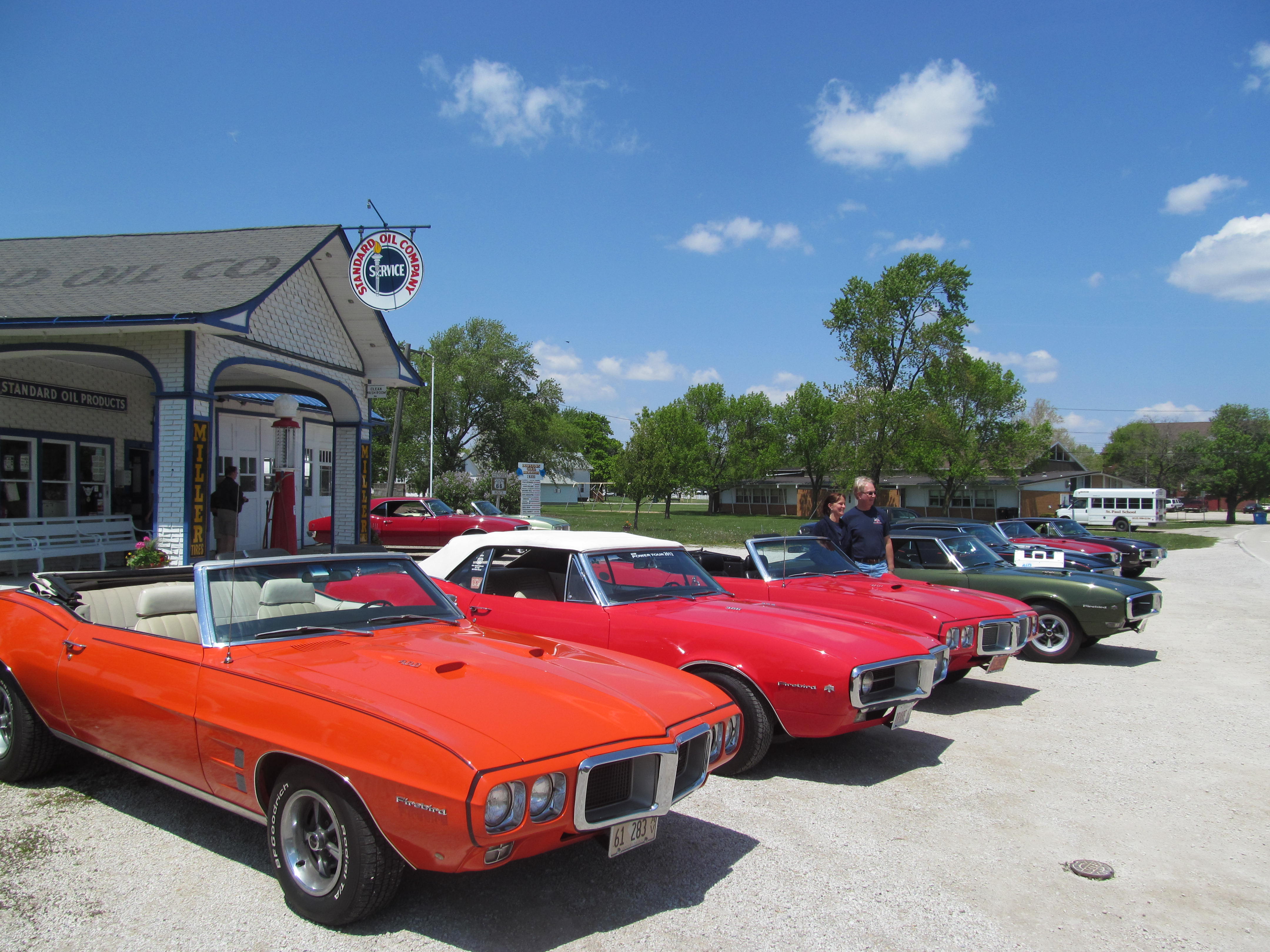 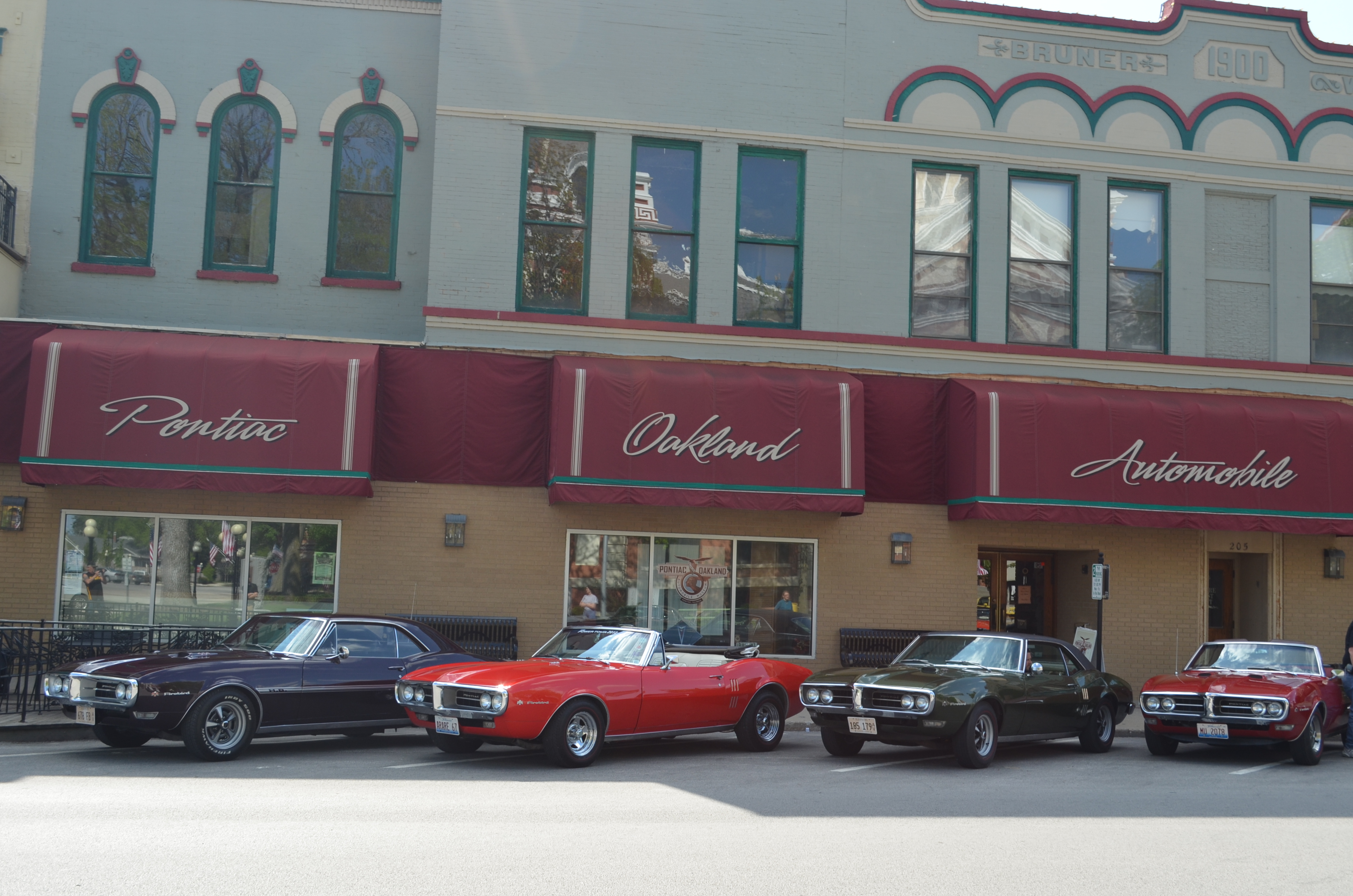 Next stop, lunch in Pontiac Illinois and the Pontiac Oakland Automobile Museum tour. You won’t want to miss part-two of this post with great pictures of more