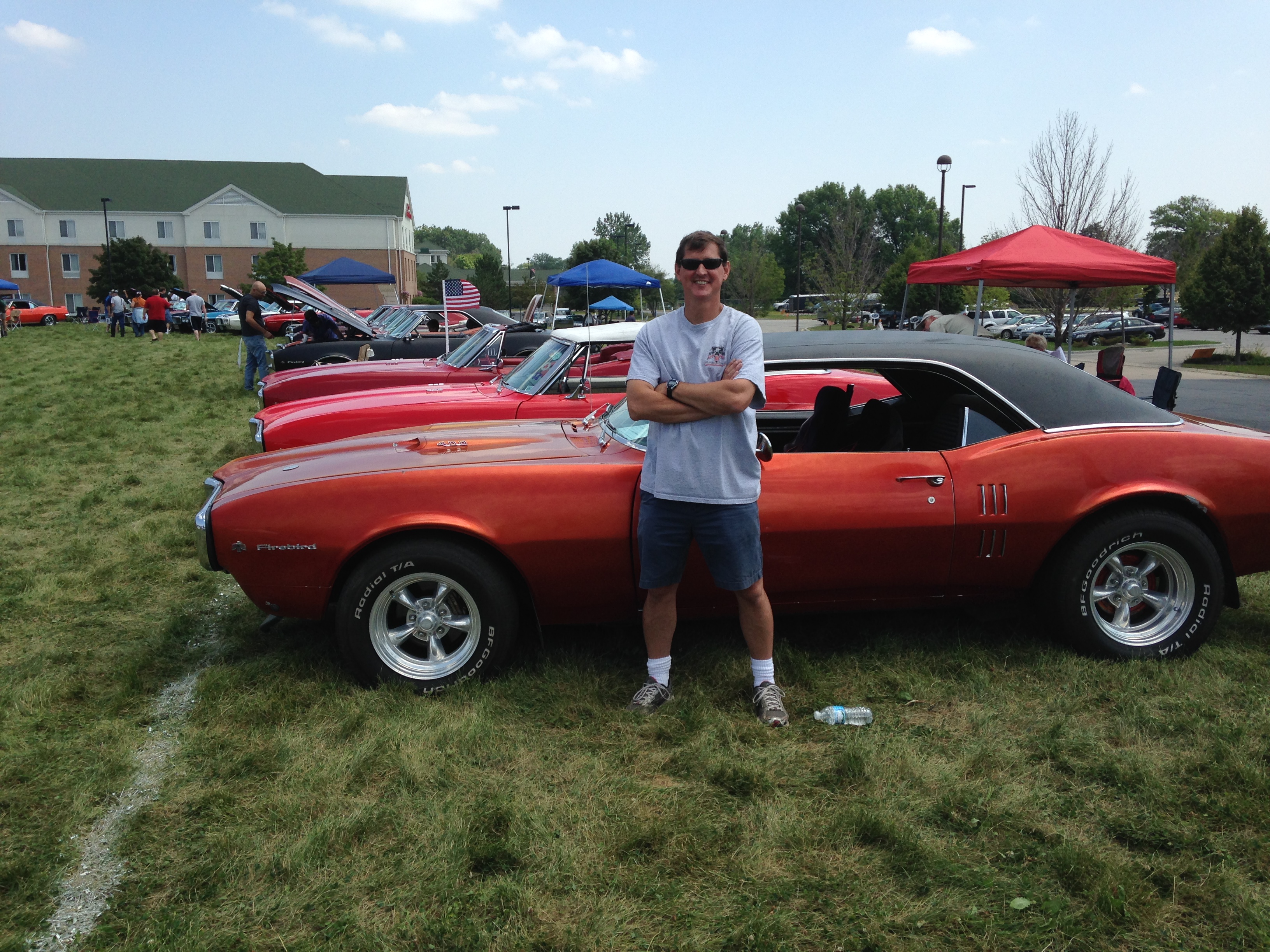 There were so many first generation Firebirds at this show (we counted 40 over the two days) that we are dedicating an entire post to each of the three years.  In today’s post, you will find almost a dozen 1967 Firebirds – incuding Ian King’s Burgandy 400 4-speed that took home the Midwest Firebirds custom Best of Show trophy. 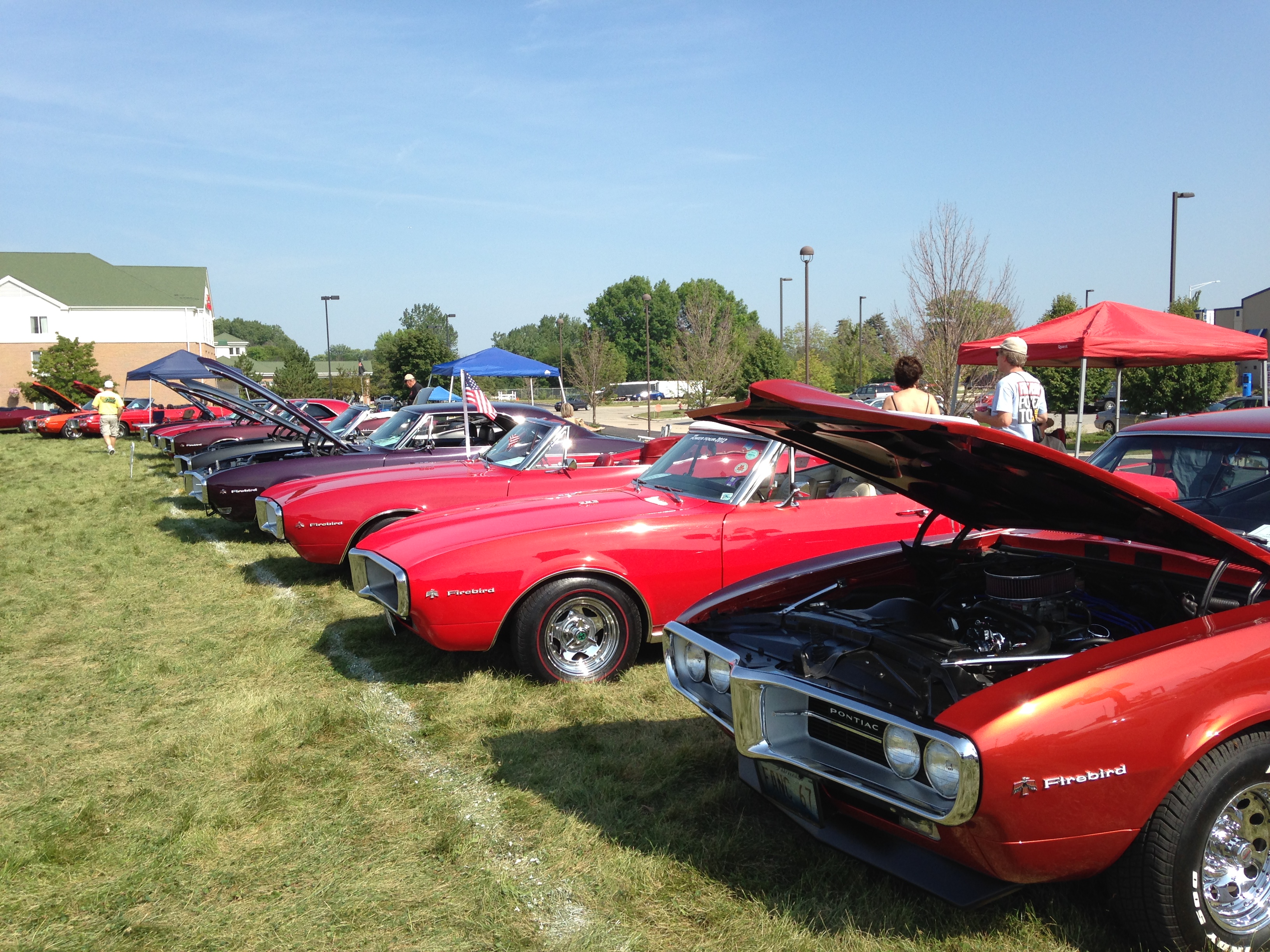 First generation Firebirds as far as the eye can see (well, almost)! 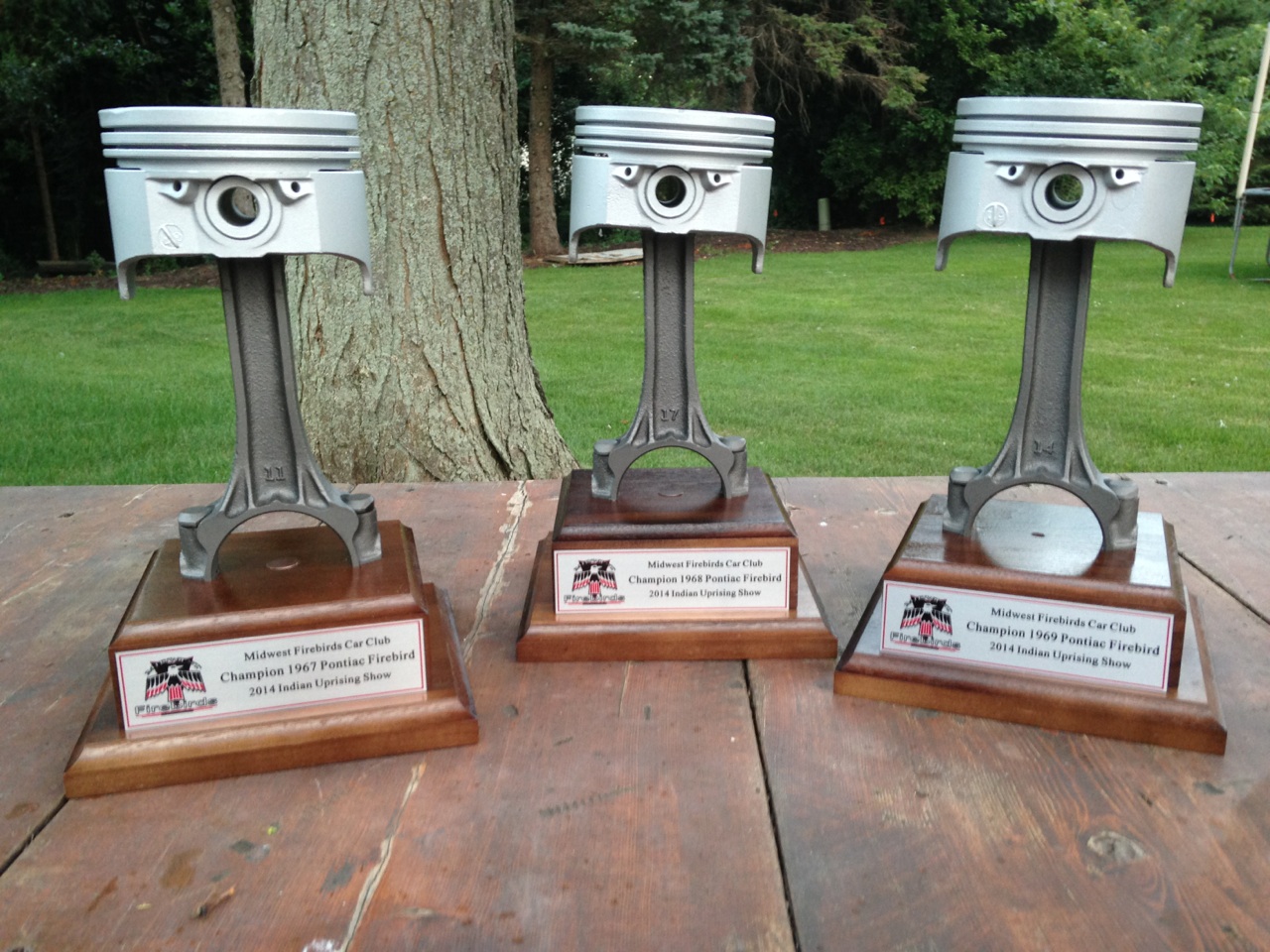 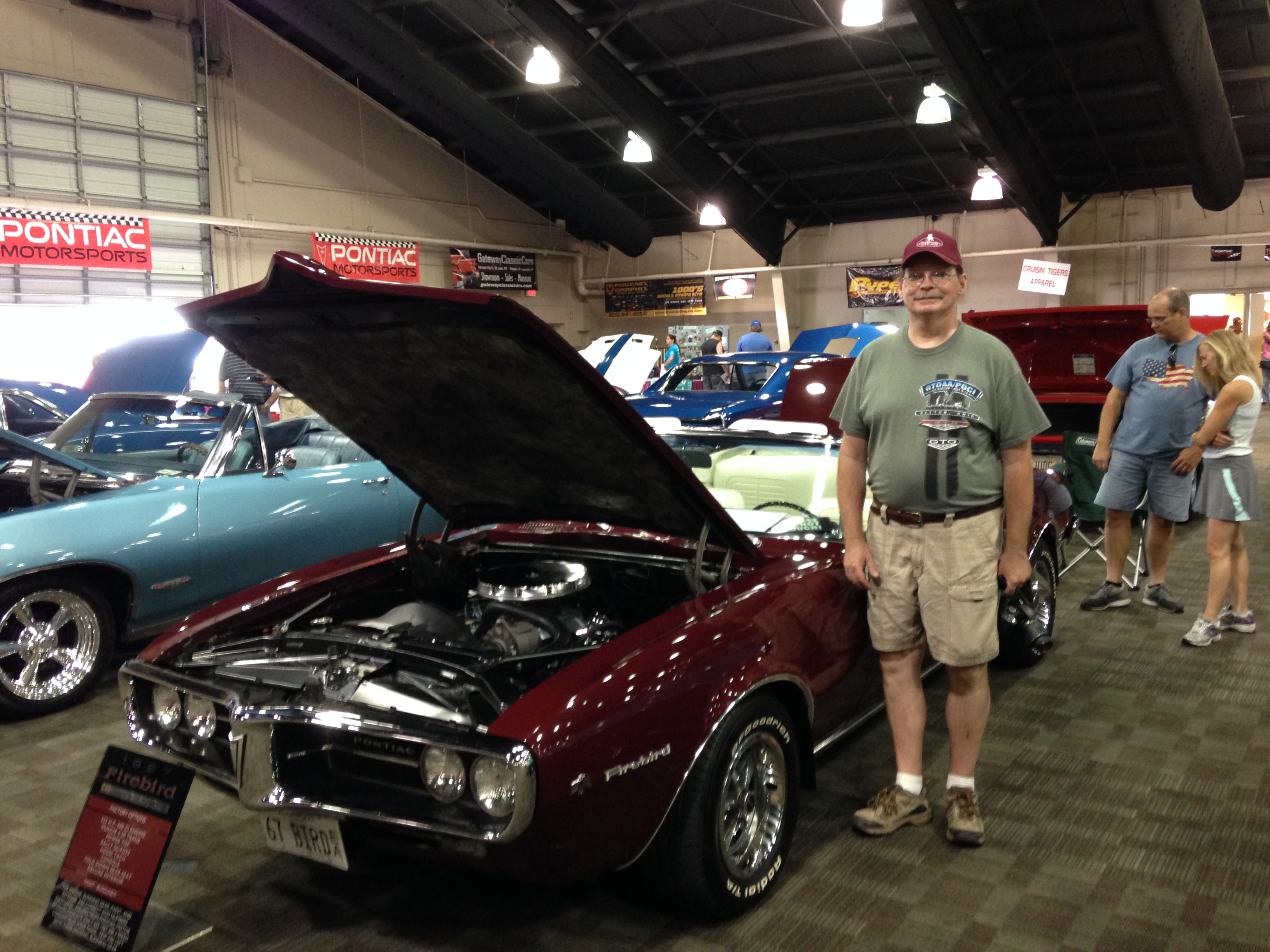 Our custom trophies were awarded to the best 1967, 1968 and 1969 Firebird of the show, as judged by Tim Dye, curator of the Pontiac Oakland Automobile Museum in Pontiac, Illinois.  Ian’s ’67 show winner is a 400 Burgandy convertible with a Parchment interior and white top.  It is a PHS documented high option, low milage West Coast car with the factory Hurst 4-speed and fold down rear seat. 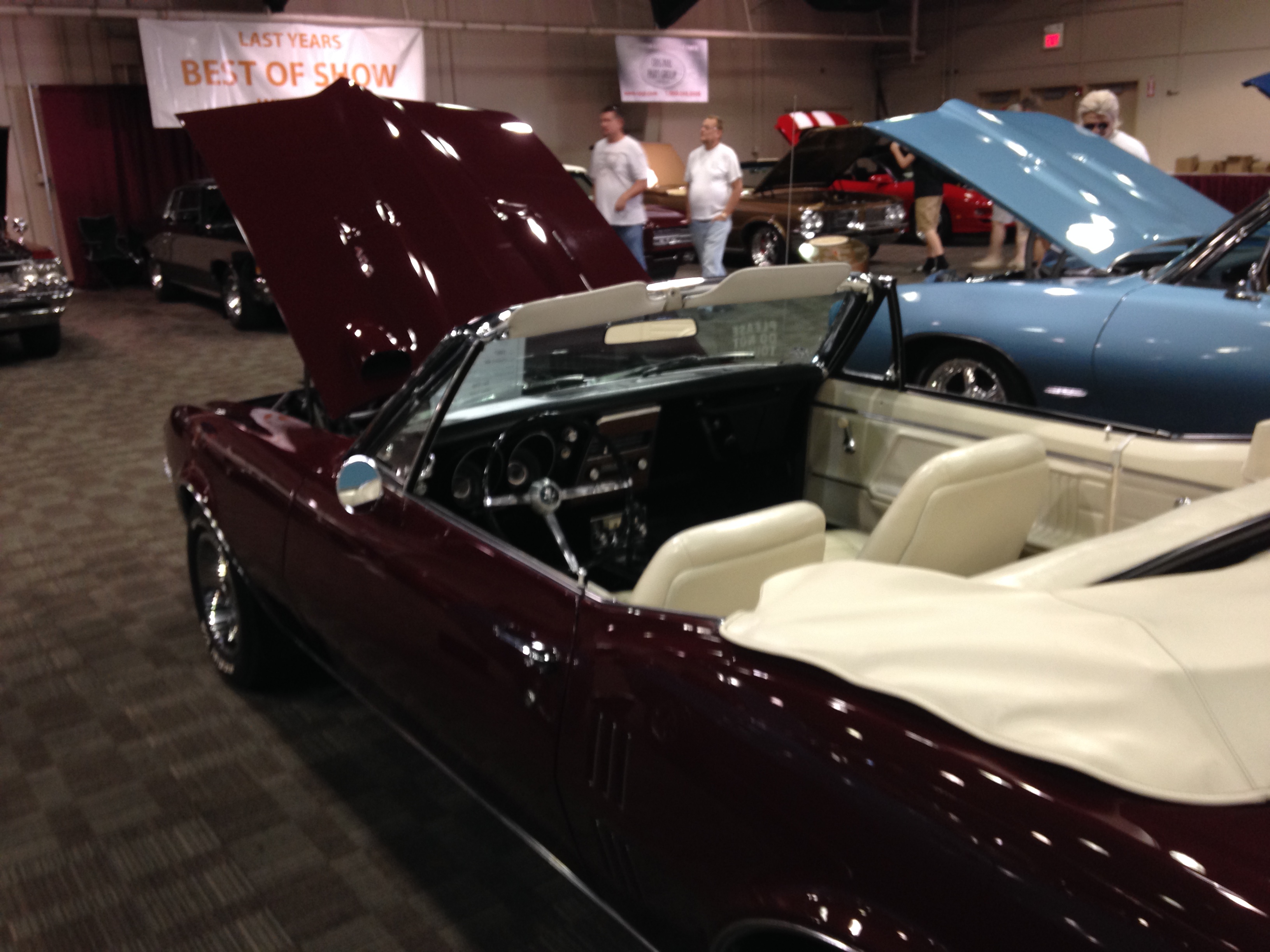 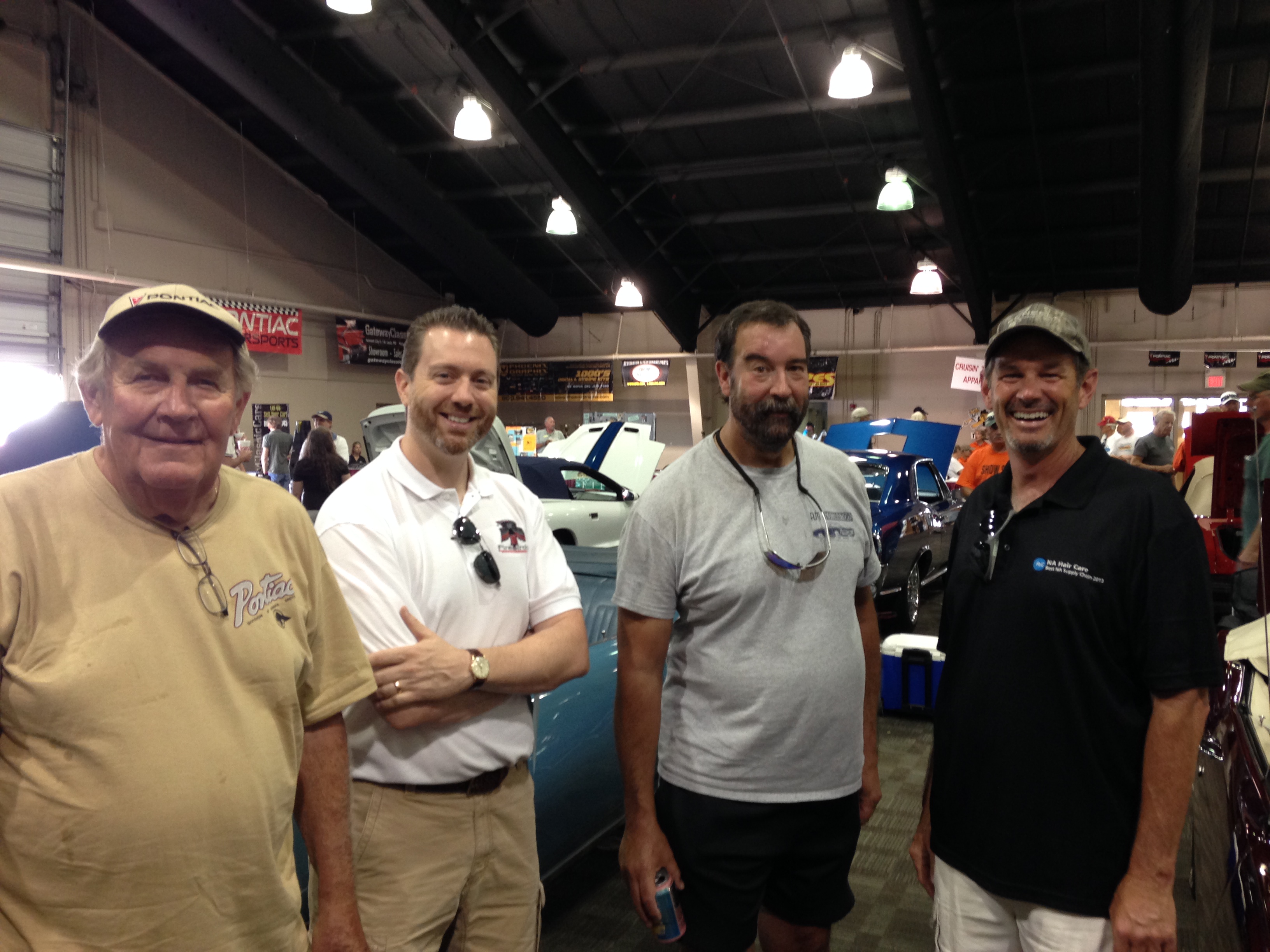 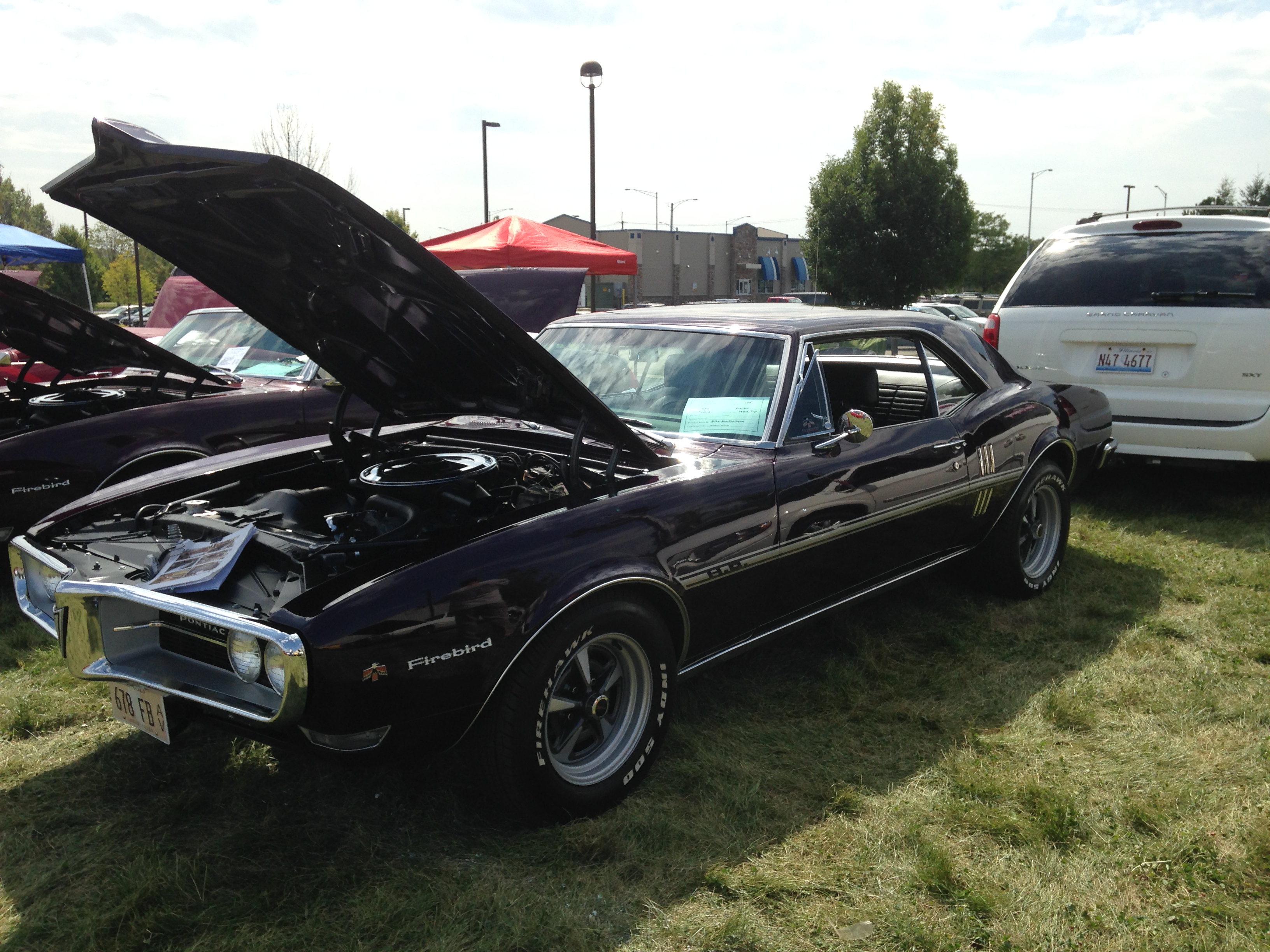 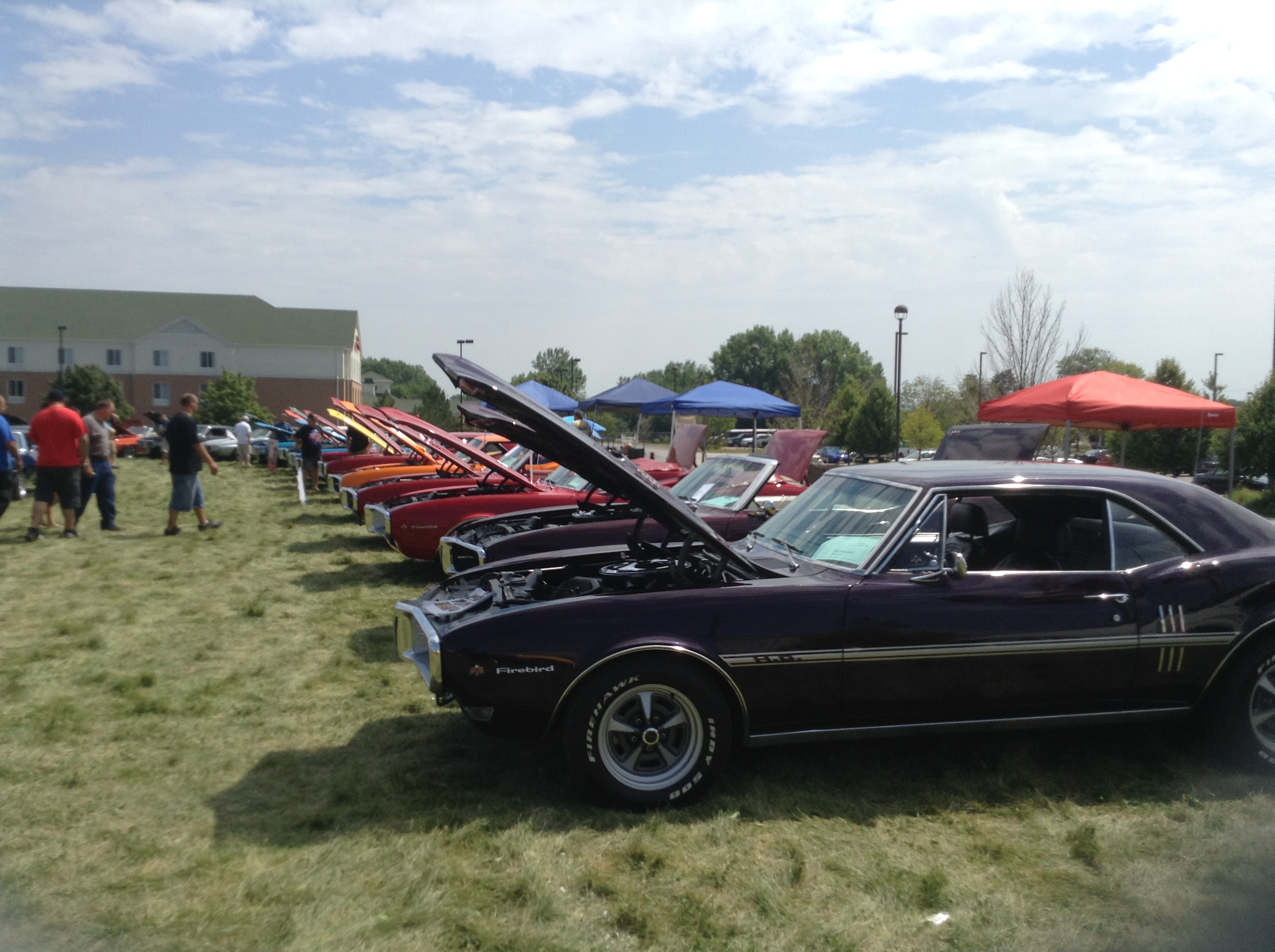 Club member, Mike Mac’s Plum Mist 400 coupe is a show stopper in it’s own right.  The rare paint color with cusom painted silver HO stripe and non-factory safety features like the ’68 front valance with side marker lights and the ’69 head rests, make this an unusual car that gets lots of attention! 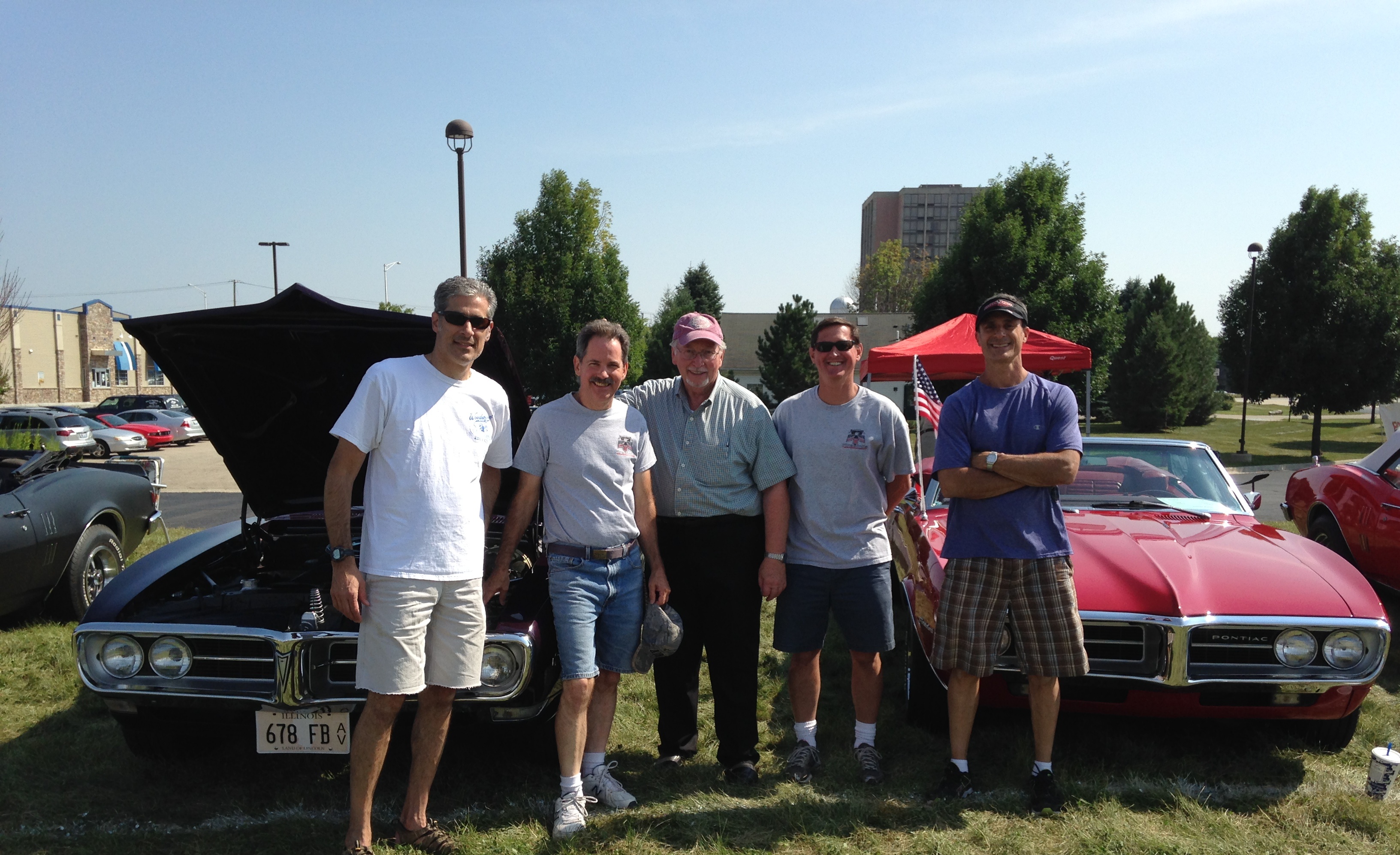 Members Mark B., Mike, Ken and Mark L. enjoy discussing Mike’s car with PHS President, Jim Mattison.  One of Jim’s Firebirds was the inspiration for the color of Mike’s car. 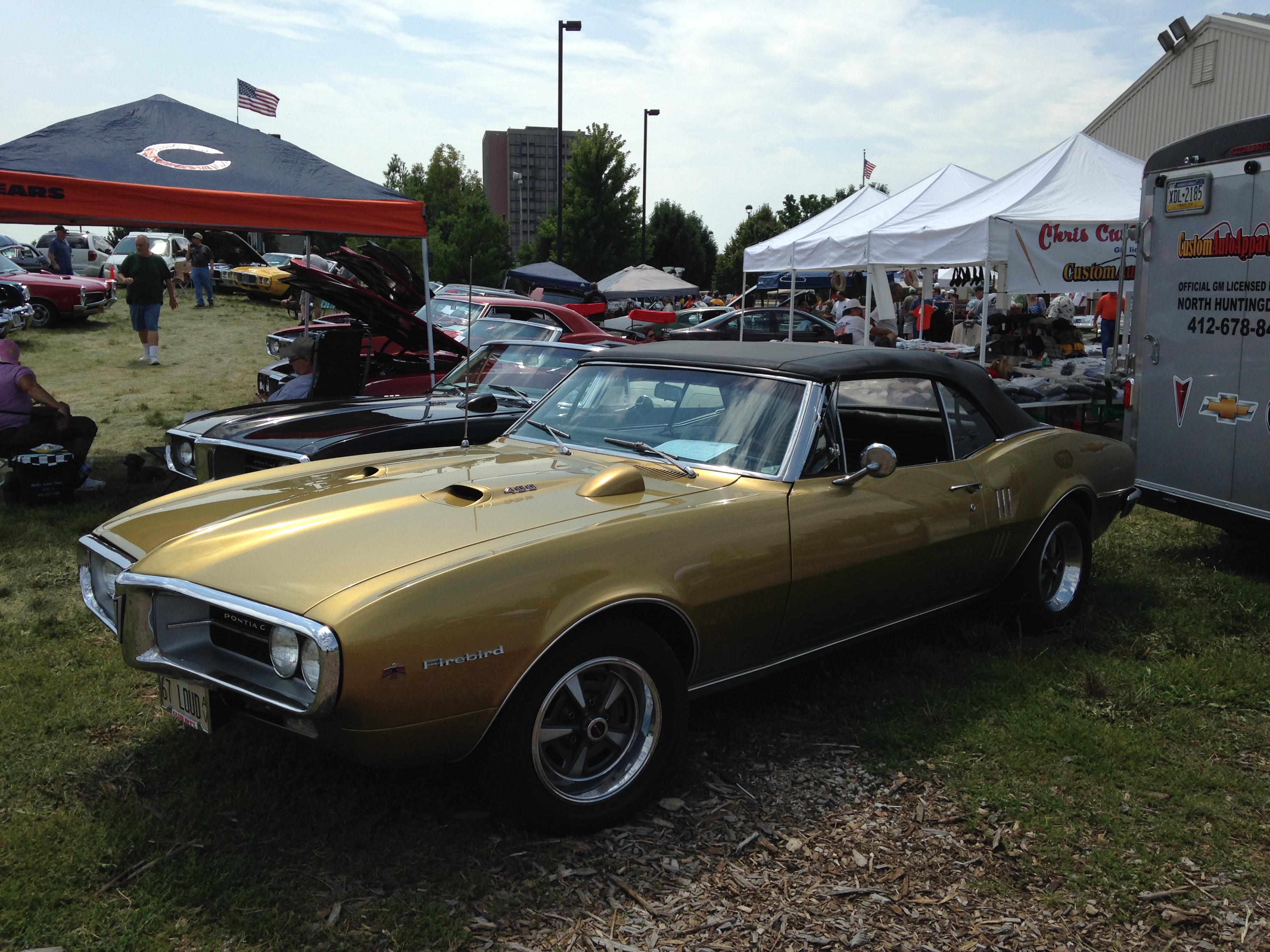 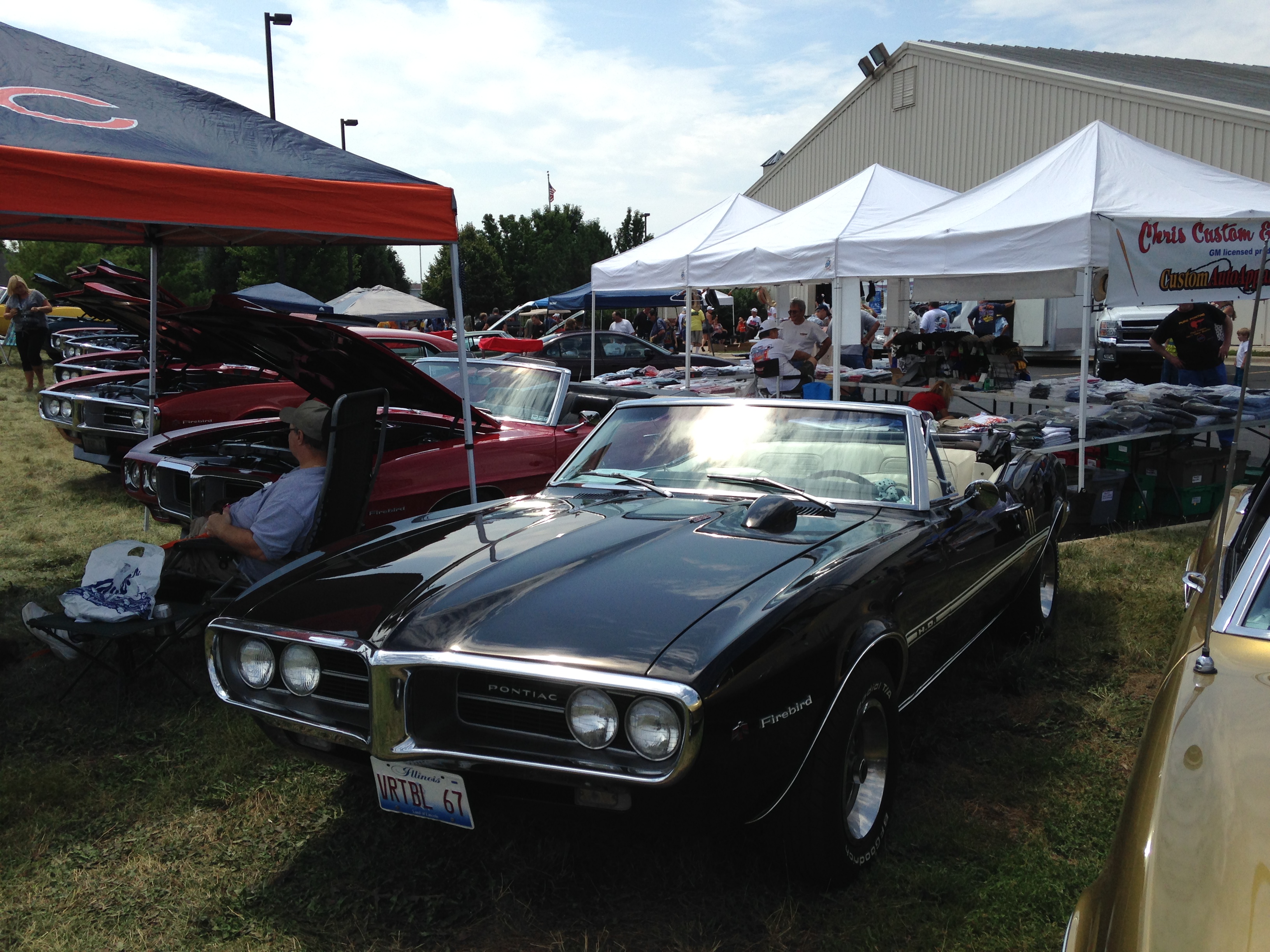 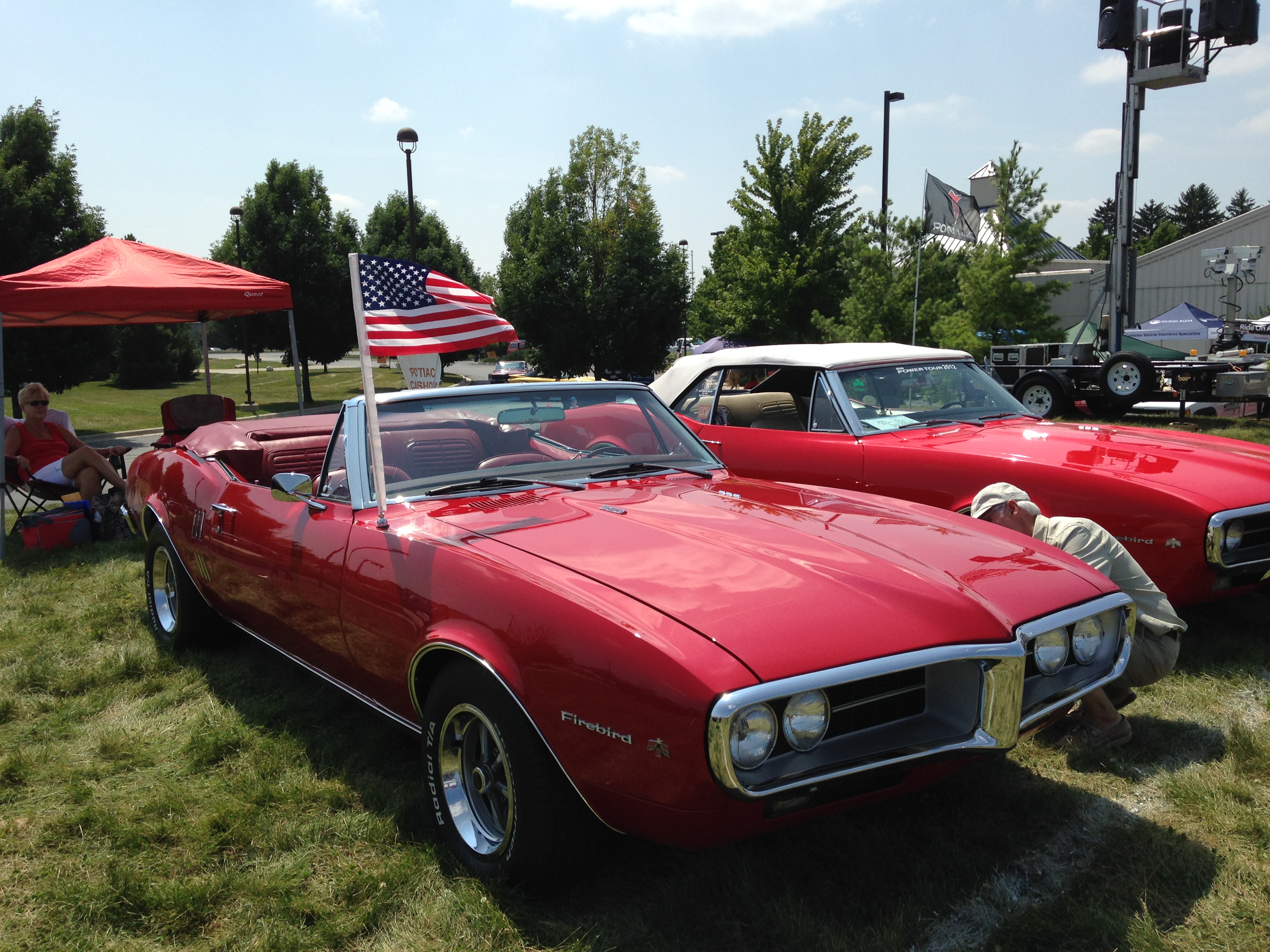 Four beautiful 1967 Firebird convertibles in Gold, Starlight Black, Regimental Red and Corvette Torch Red flavors.  Dan commented on our Facebook page about the paint of his gold Firebird:  “it is a House of Color custom mix of shiny small metal flake gold with lots of clear over the top”. 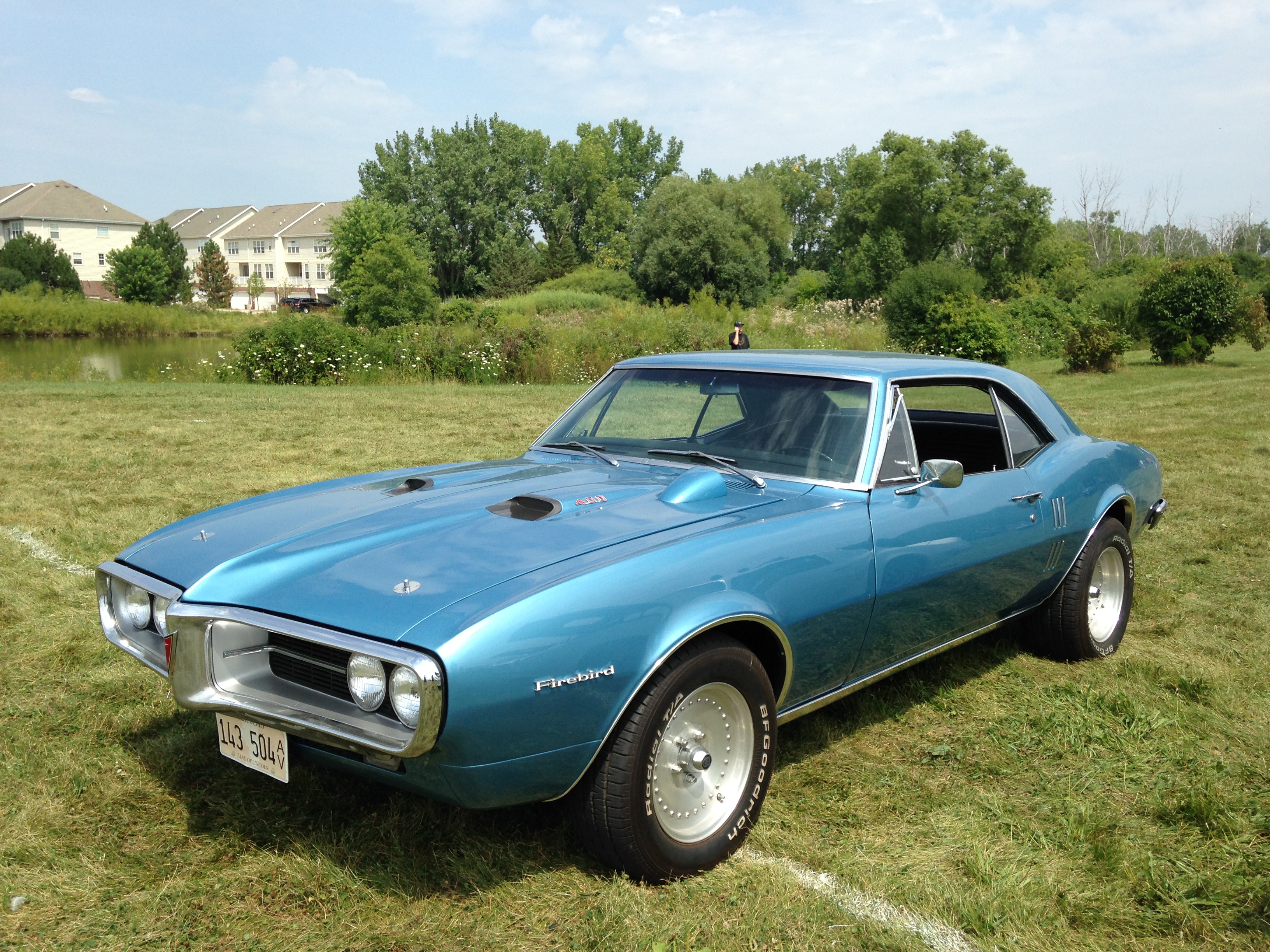 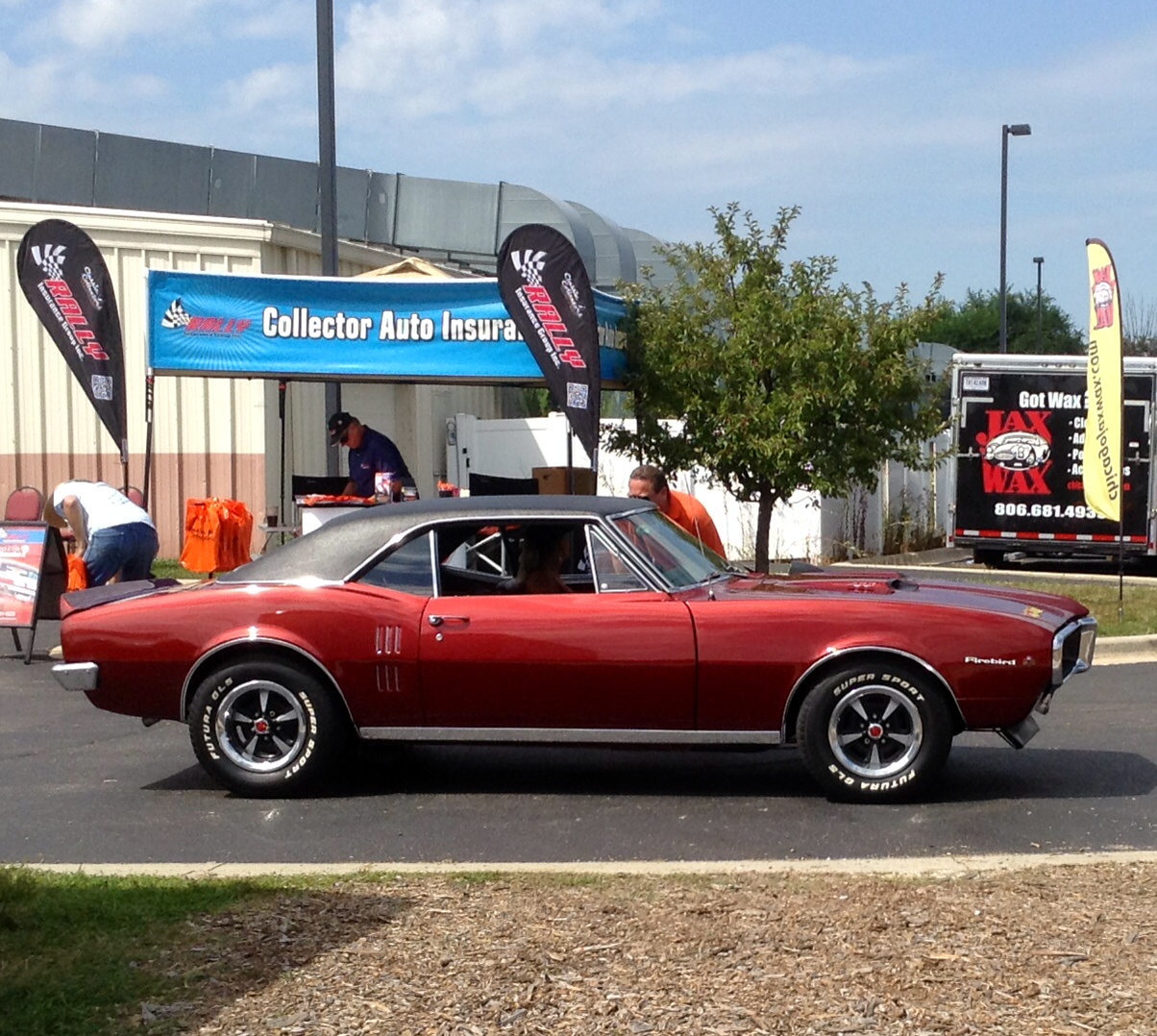 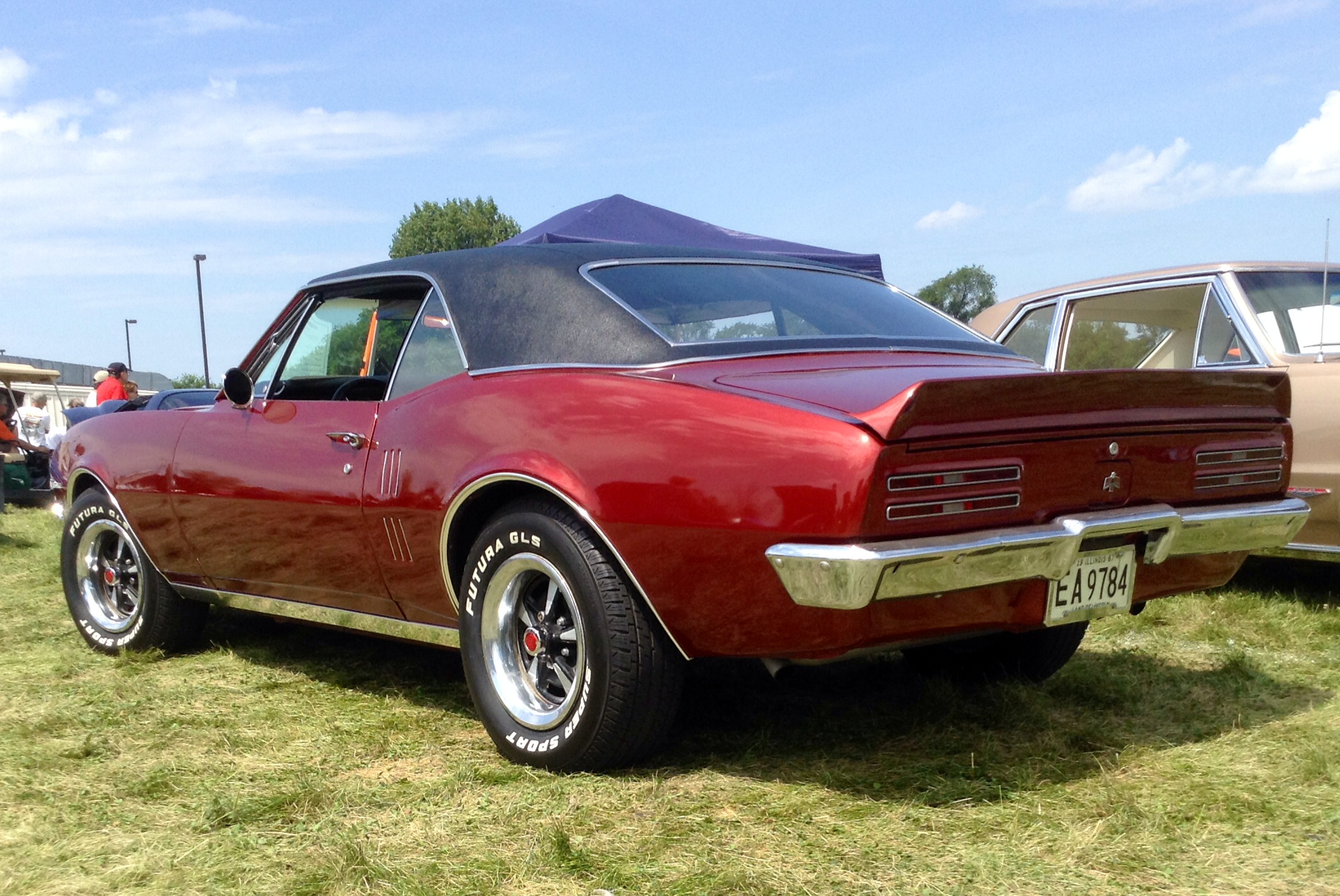 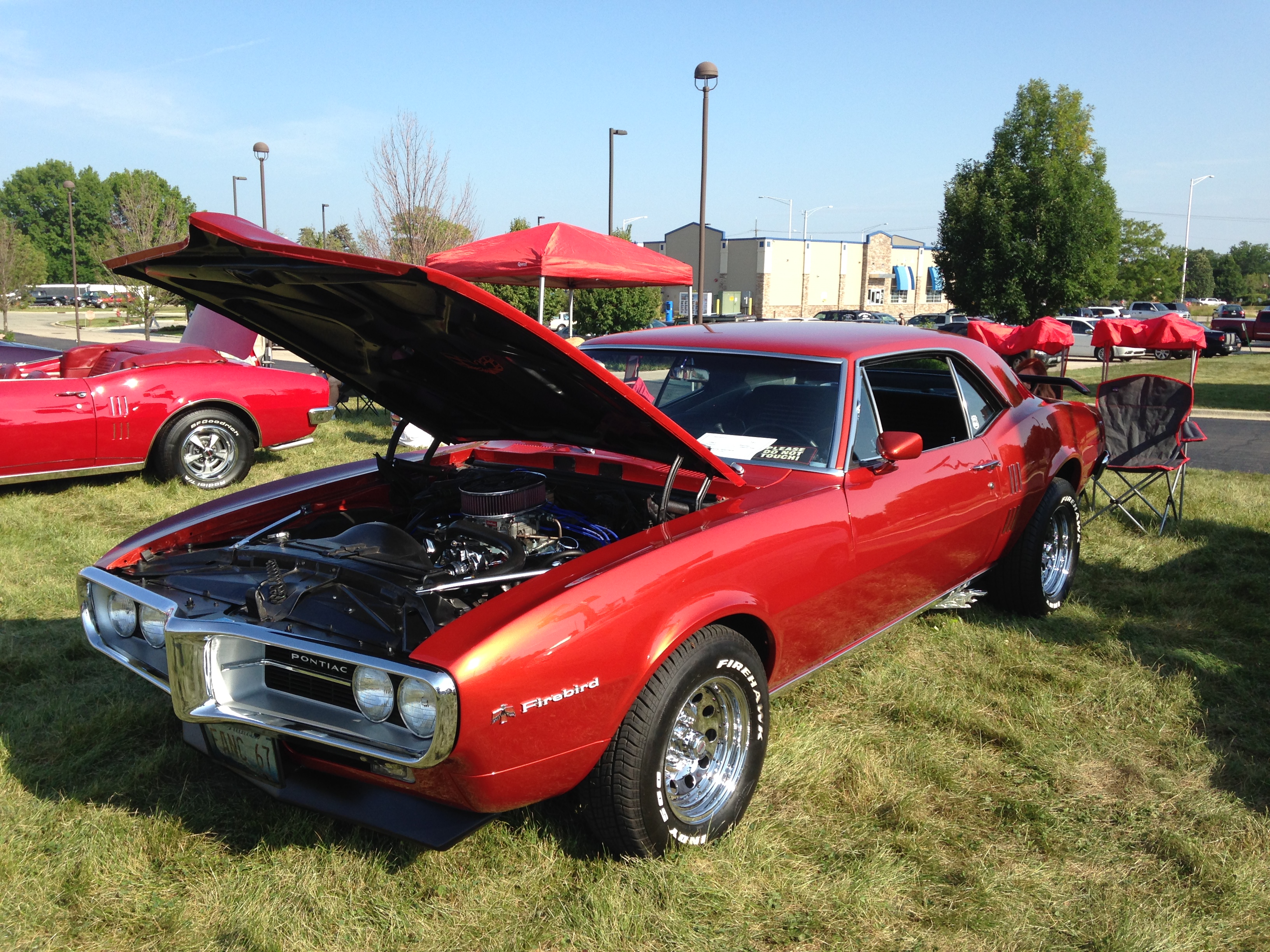 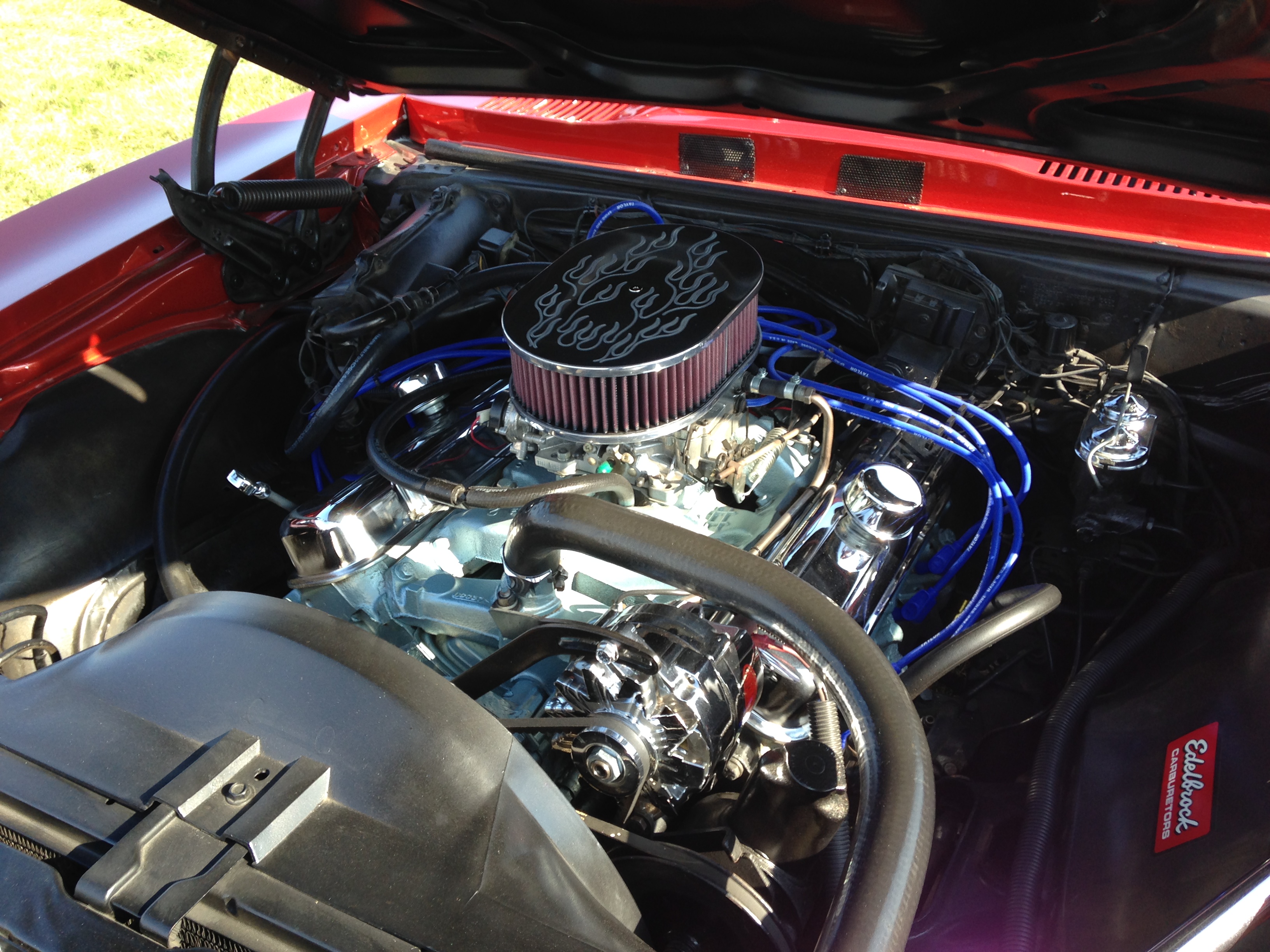 Club member Jerry, took a different route with his slightly modified Firebird.  A custom Tangerine paint, side exit exhaust, and detailed chrome and blue engine compartment, set his coupe out from the crowd. 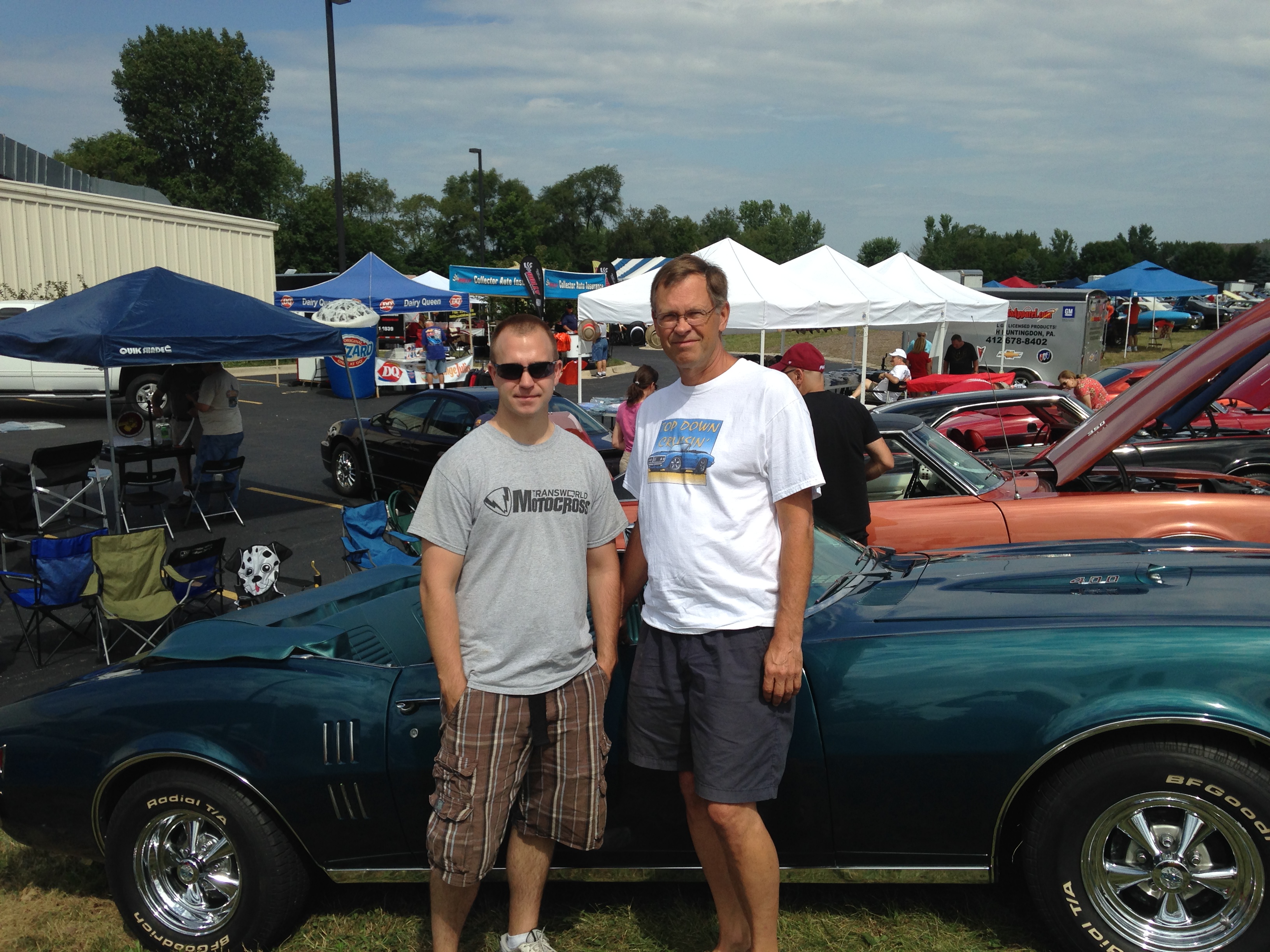 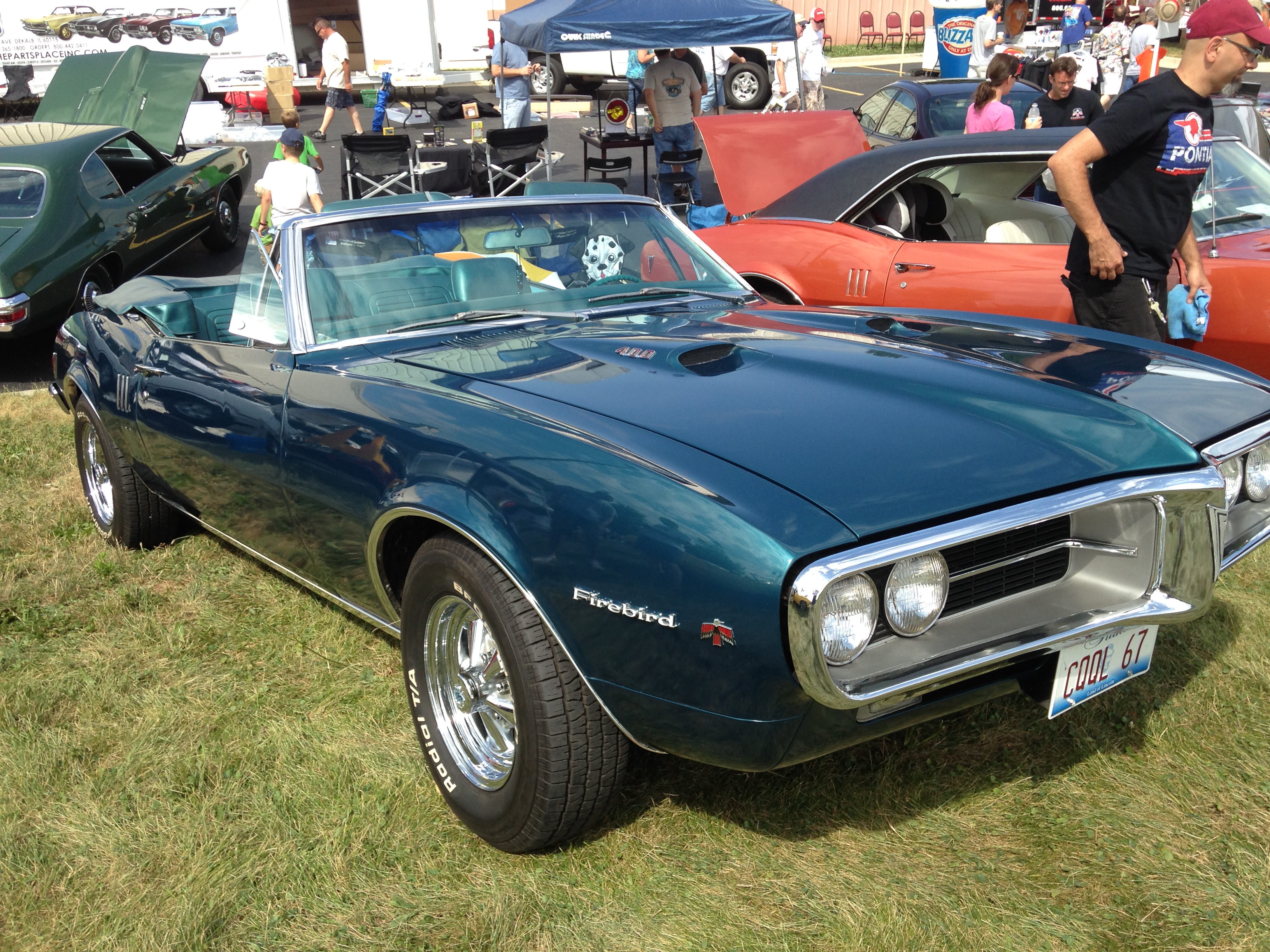 Ken had his son drive up in his Mariner Turquoise convertible.  The rare exterior color looked great with the Turquoise interior, and chrome Torque-thrust wheels. 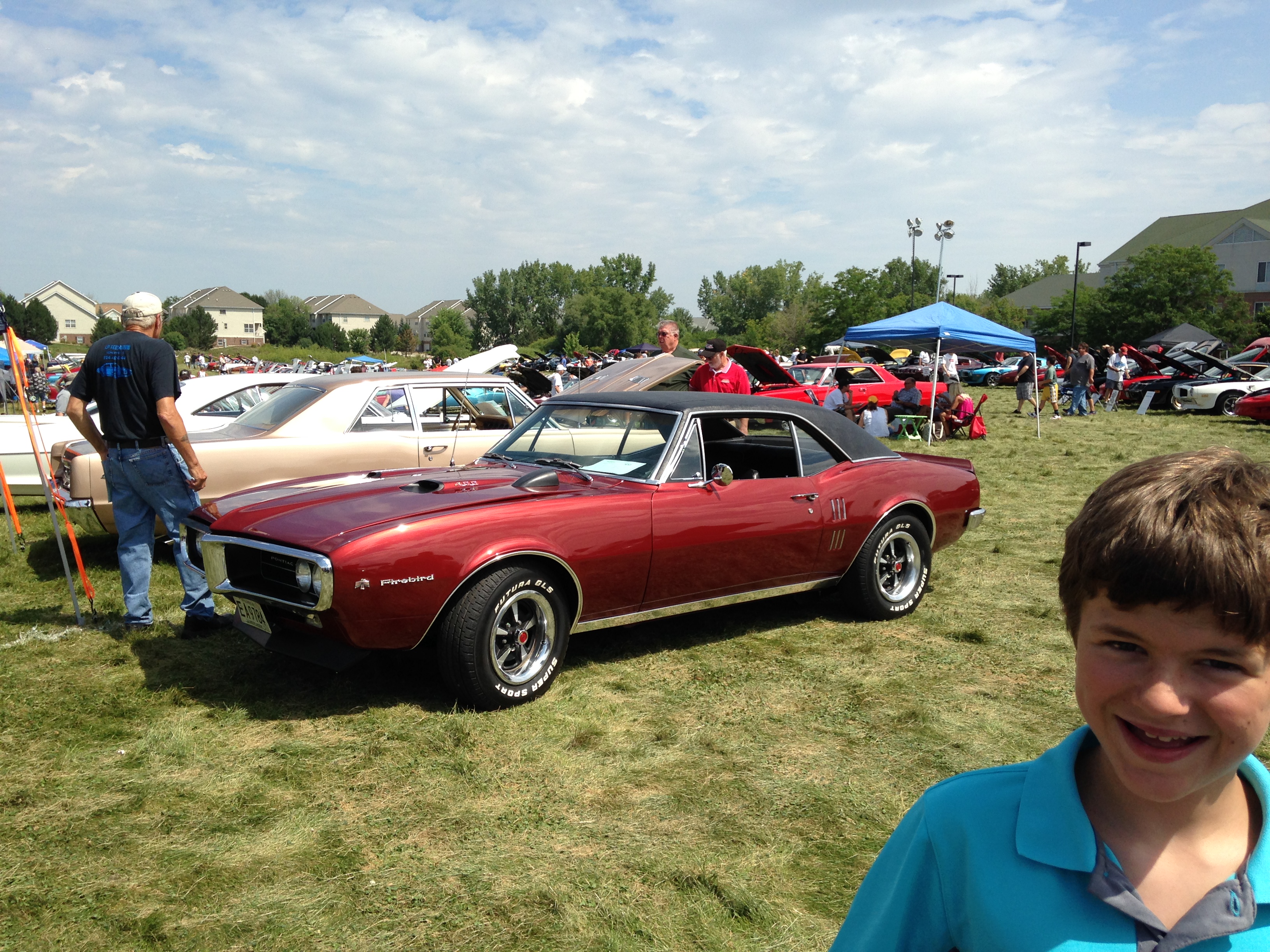 I can’t think of a better picture to end this post with.  Karen’s ’67 coupe with my son Tanner, and an older gentleman walking by.  I am reminded of the universal appeal these cars have to both young and old, as well as the patience of my family as I spent the whole weekend at the show, doing what I love.  Thanks guys!!