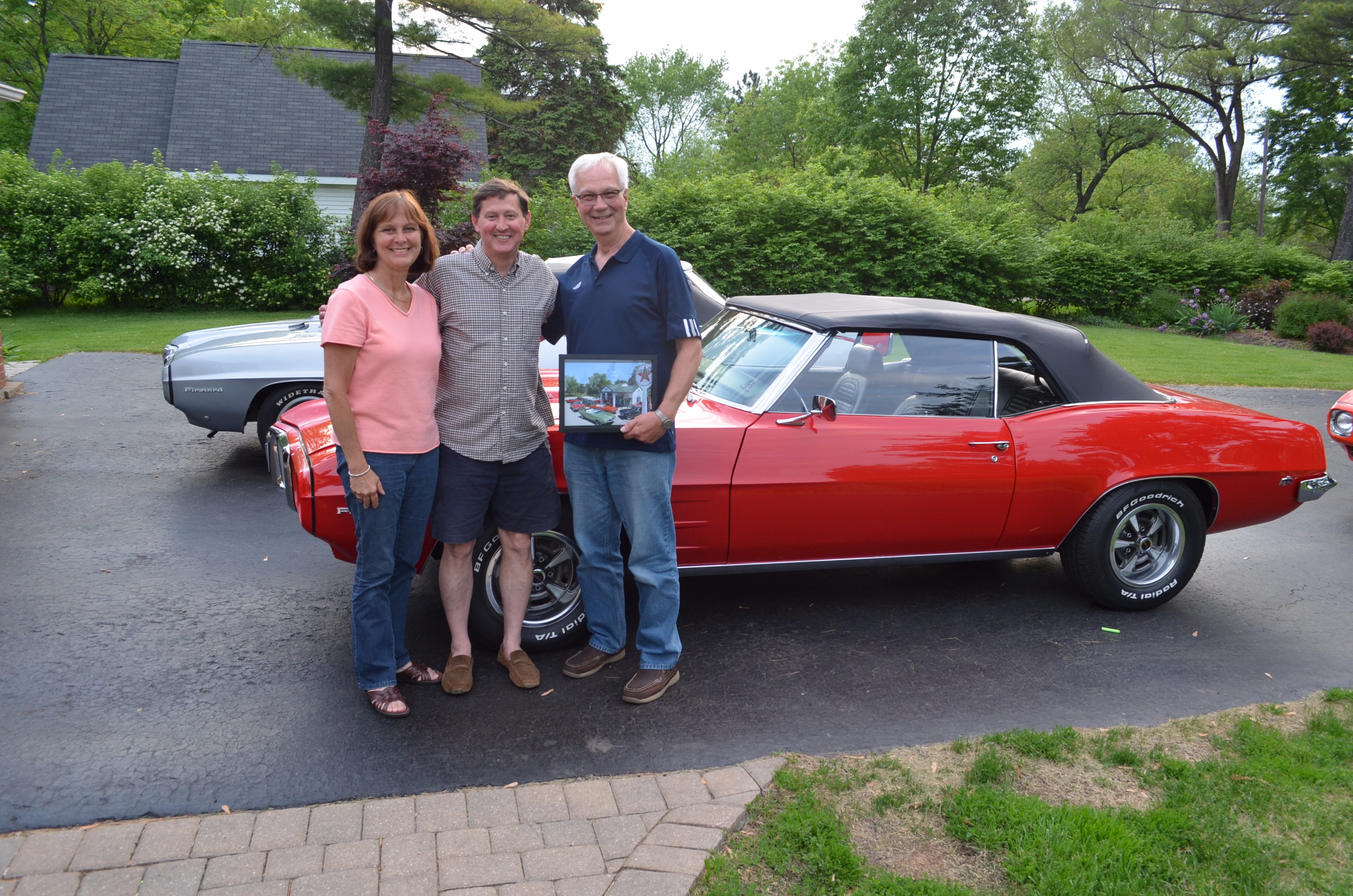 Mike Ludy is one of the charter members of the Midwest Firebirds and served as one of our board members from the very inception of our club. We congratulate him and his wife Peggy, as they retire in sunny Florida. 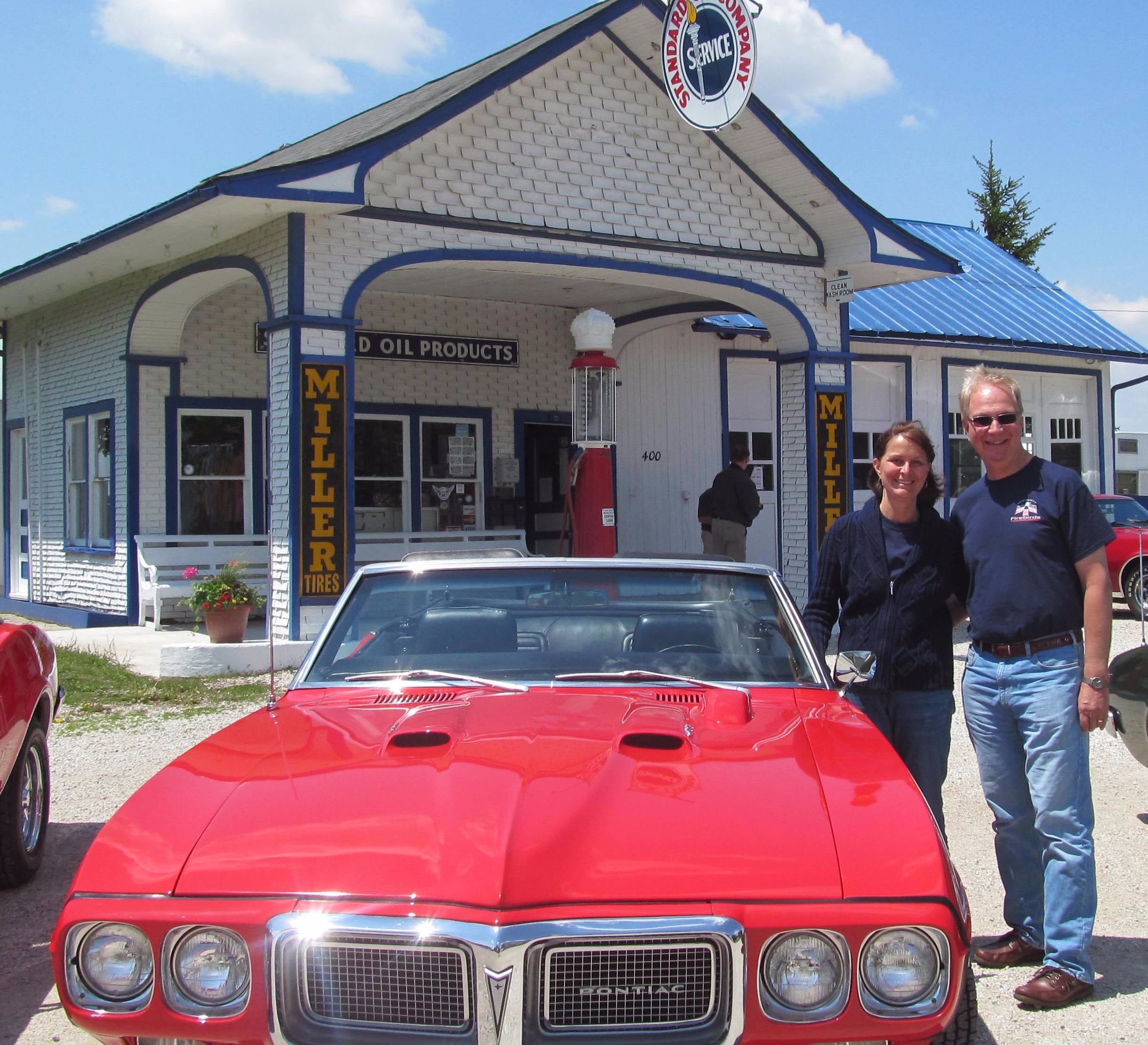 Mike and Peggy at the Historic Standard Oil Station in Odell Illinois, on the 2014 Route 66 Summer Cruise to the Pontiac Museum. 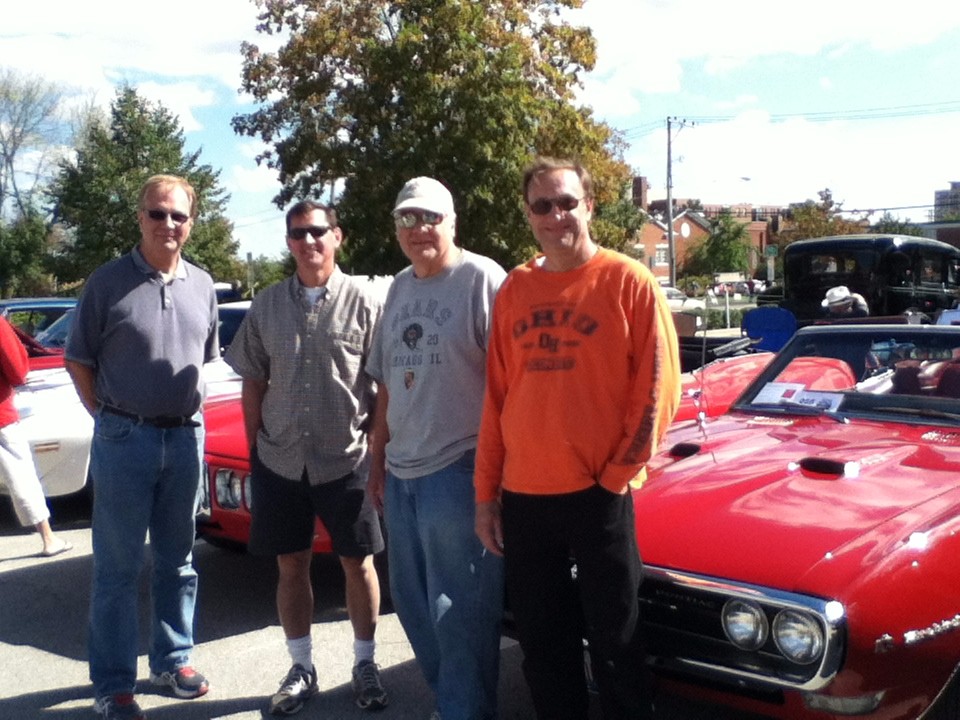 September 13th, 2013, the day our club started at the Rolling Meadows car show. Mike, Ken, Jim and Bob. We had seven first gen Firebirds there that night and sat down and discussed the idea of forming a new car club. 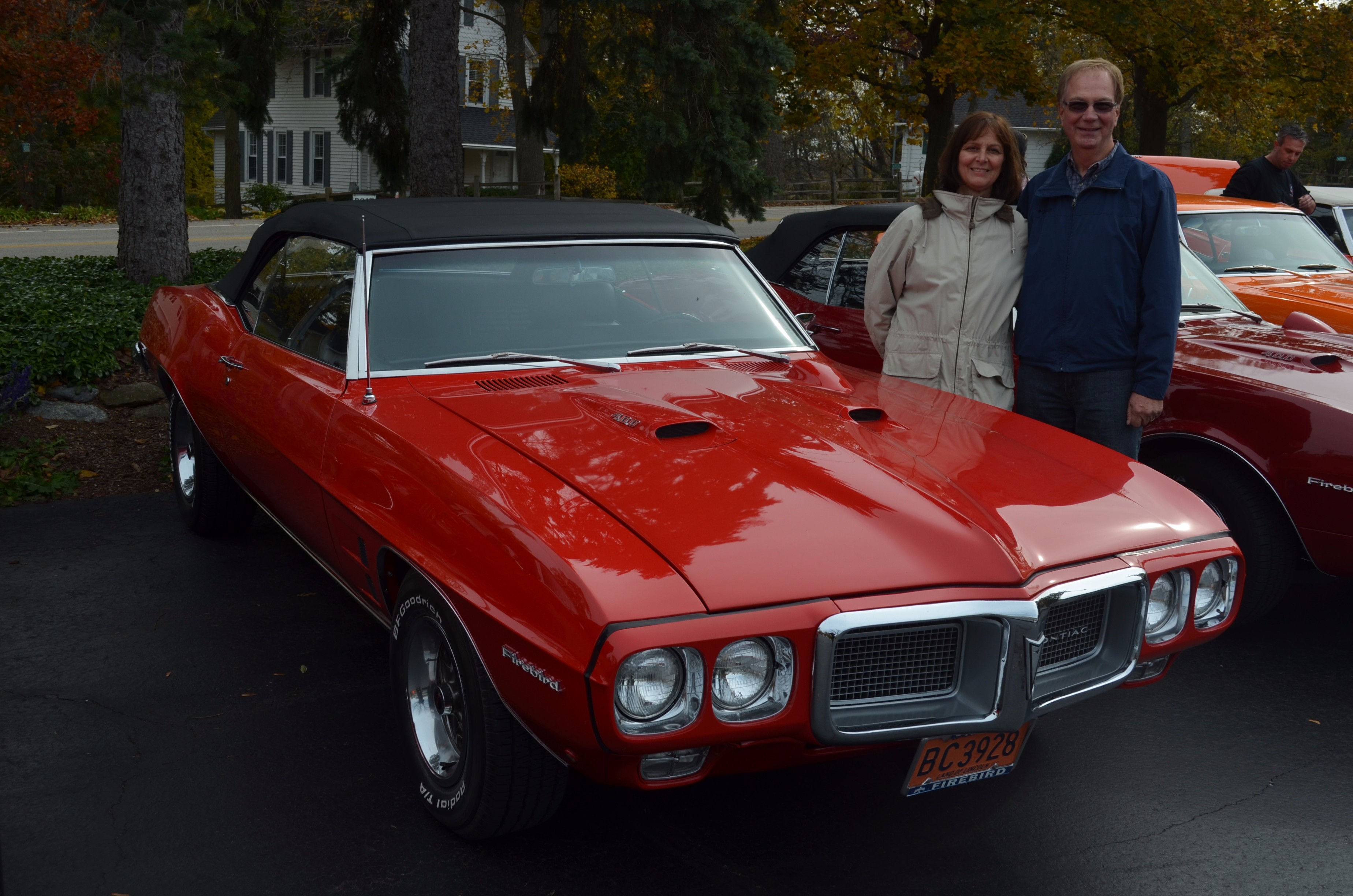 Mike and Peggy on the chilly Fall Colors Cruise to Lake Geneva, Wisconsin in the fall of 2014. This was the second time they made this criuse.

Mike has been a huge part of our club, serving us well over the past two and a half years.  His wisdom and enthusiam will be missed.  He has also done several restorations of first gen Firebirds, and his current Matador Red 1969 400HO convertible is one of the finest restorations of a rare 400HO we have seen. 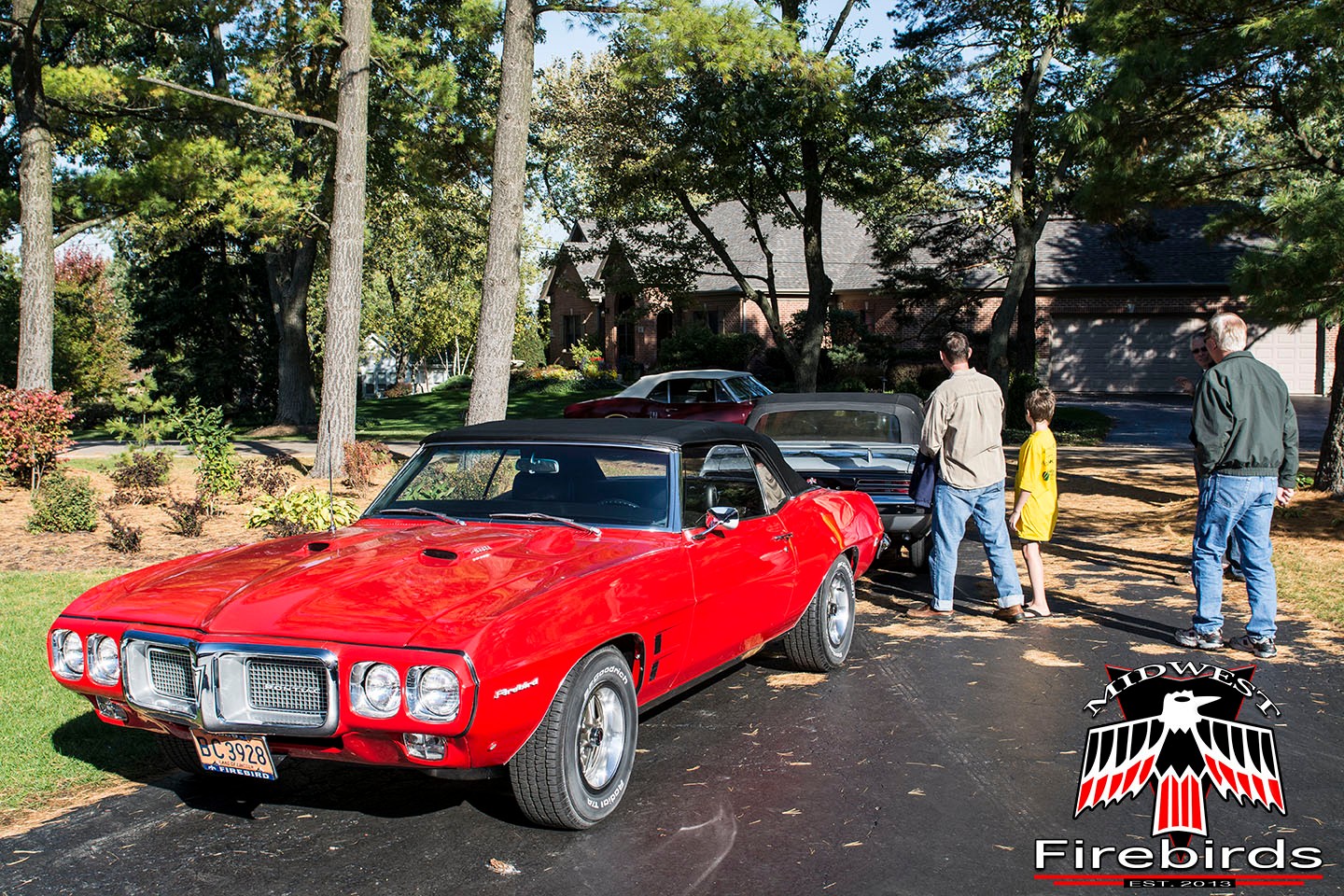 Mike with Ken and son Spencer as we assembled for the first Fall Colors Cruise in 2013. 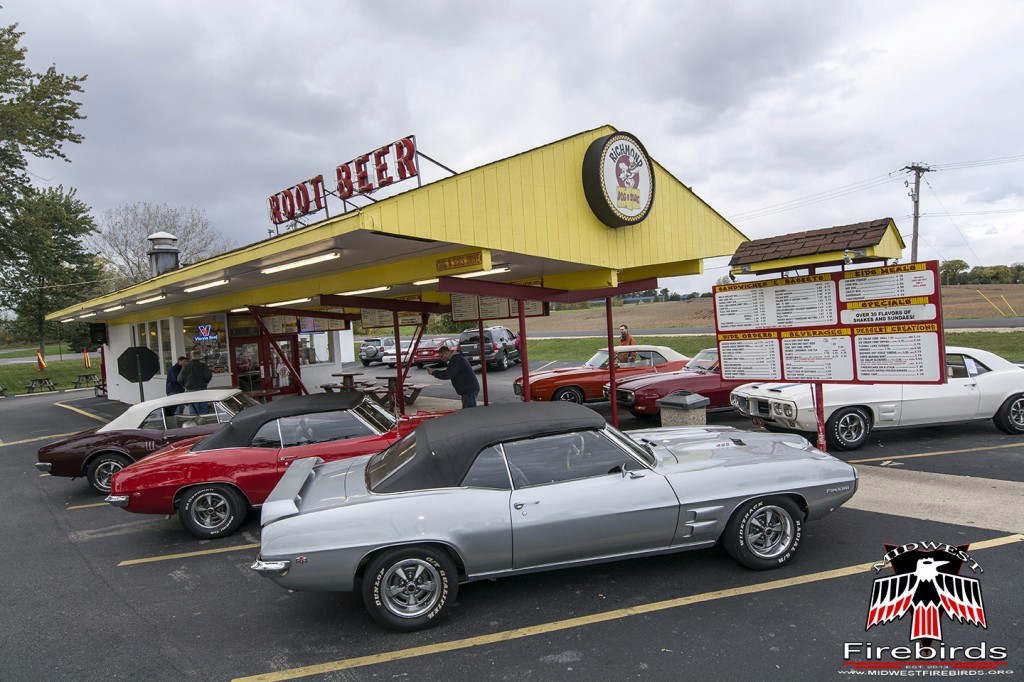 We took some great photos at the Richmond Dog and Suds in route back from Lake Geneva in 2103. Mike’s car is middle left. This photo was shared on the Dog & Suds corporate site.

Peggy and Mike have been great supporters of our club, participating in almost all of our cruises. They will be missed, but his experience will not be lost.  Mike will be officially heading up the new Southern branch of the Midwest Firebirds in sunny South Florida! 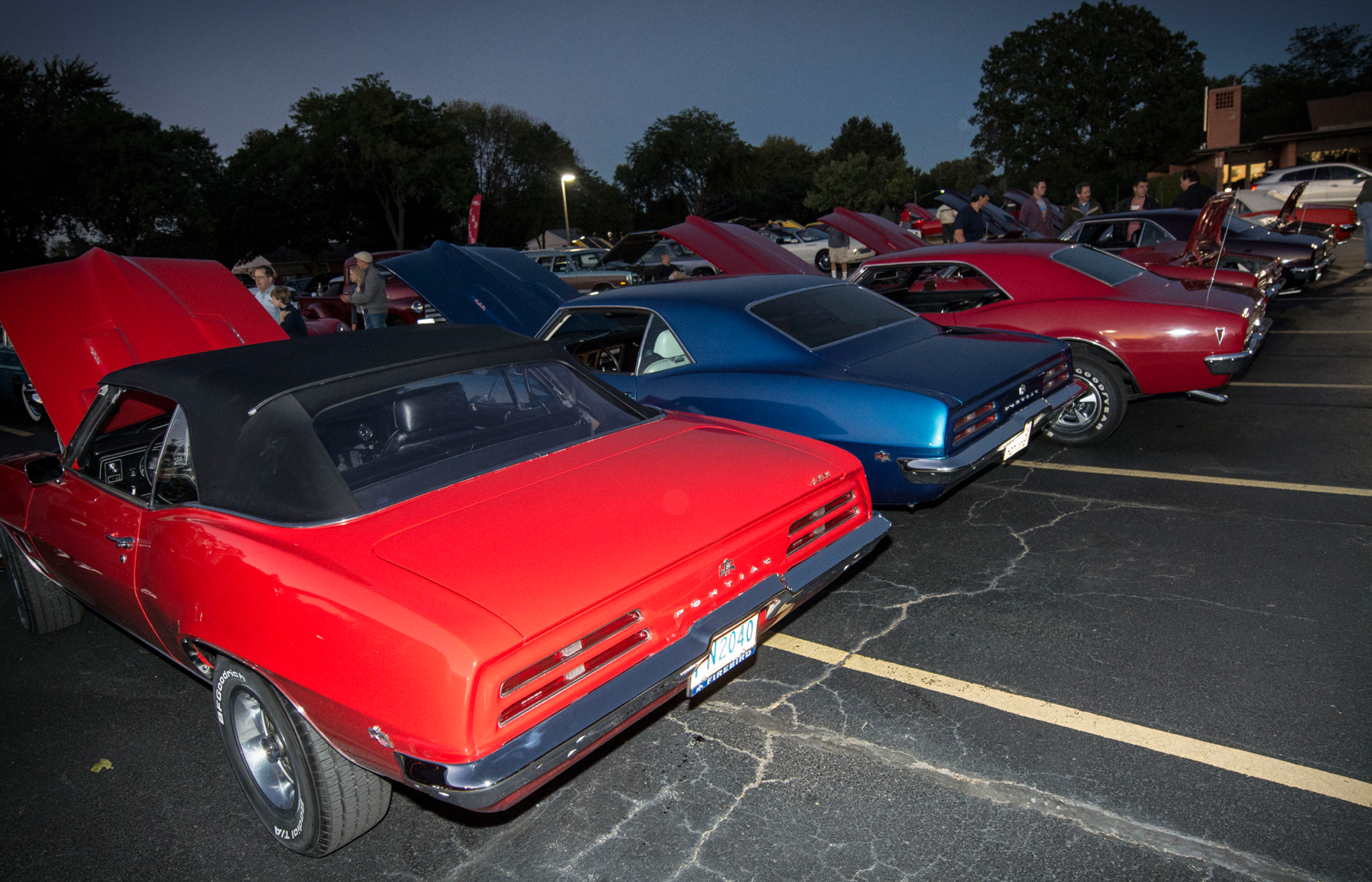 Night time shot of Mike’s Firebird next to Bob and Ken’s coupes at Rolling Meadows in 2013. 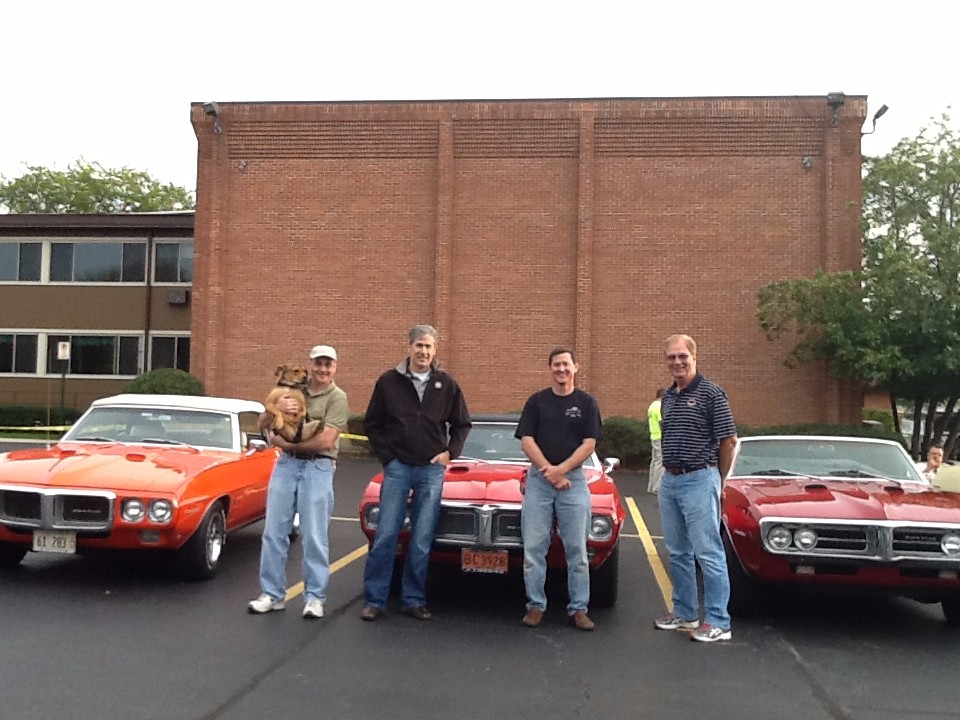 The driving force behind the club (minus Ian King and Matt Avery). At the Rolling Meadows show in 2014 – Board Members, Mike Kessler, Mark Barotto, Ken Pitcher and Mike Ludy, standing in front of our Firebirds. 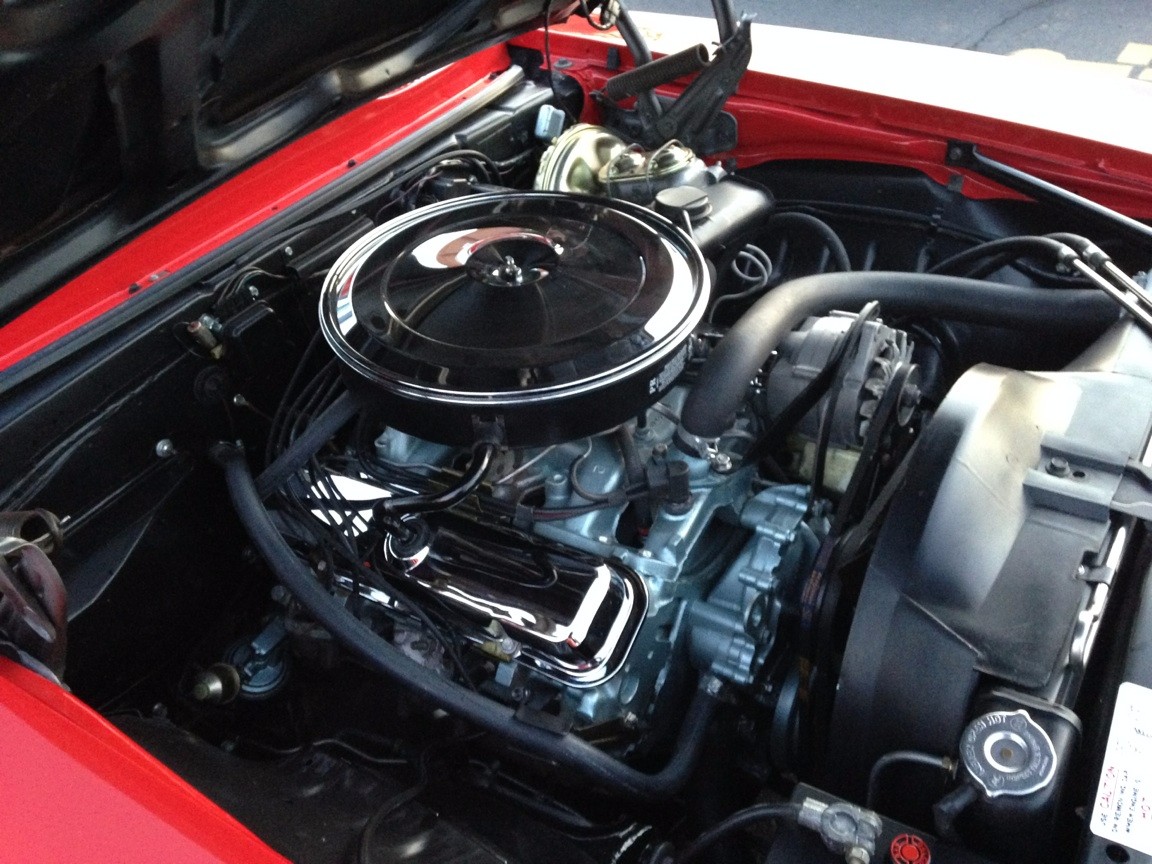 Mike’s 400 HO engine is both a beauty and a beast! There were only 499 automatic transmission Firebirds made in 1969 with the YW code engine. The 400HO and Ram Air III YW engine is identical, except for the air induction system! 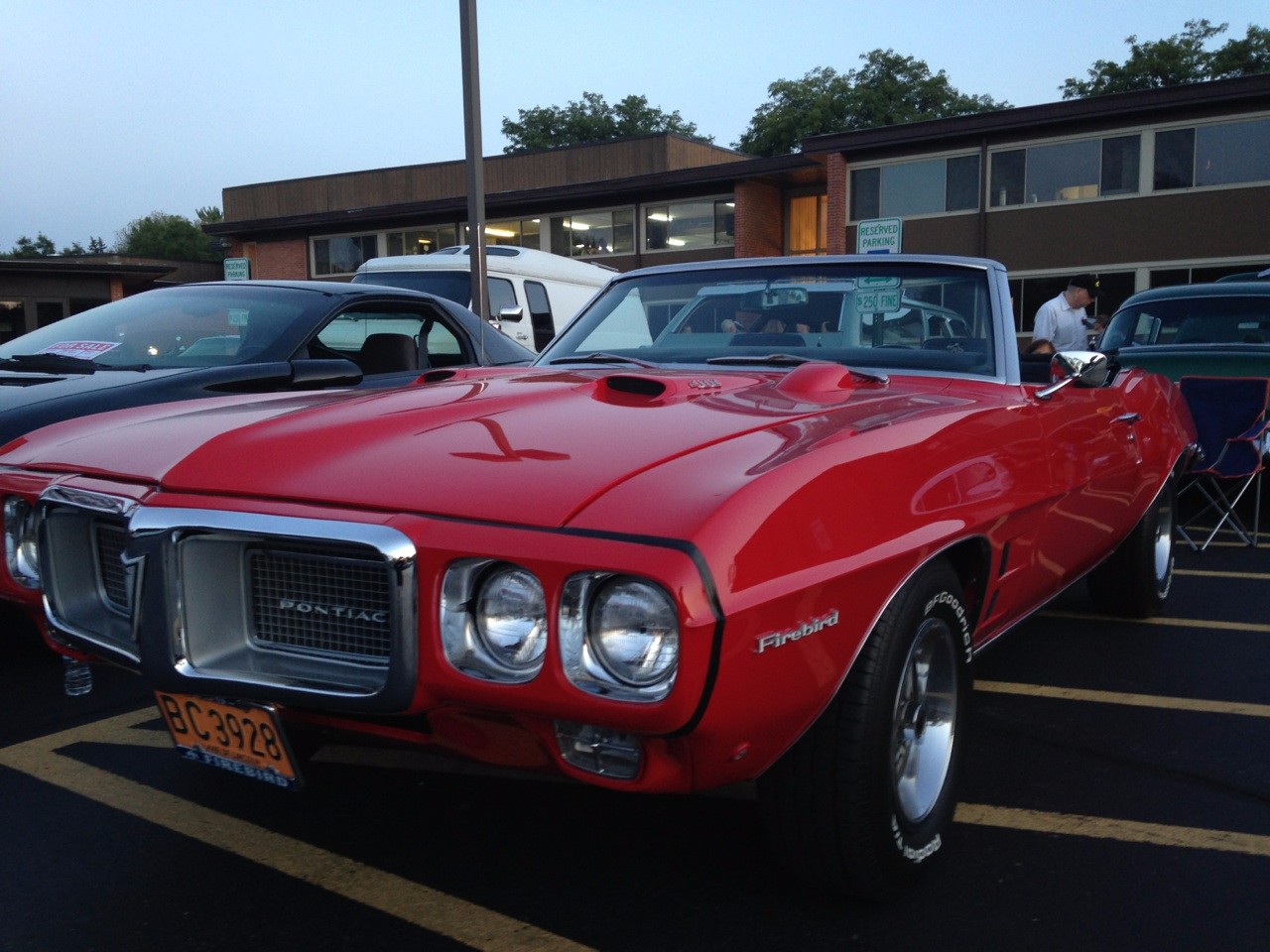 I’ll close with this video Matt Avery shot at a show in Arlington Heights, Illinois last year (2014) we had three member cars there including Mike and Peggy’s Firebird.  I love how Matt captured Mike and Peggy as they were leaving the show saying “Bye”.  We wish you all the best as you move on to the next chapter in your lives in Florida.