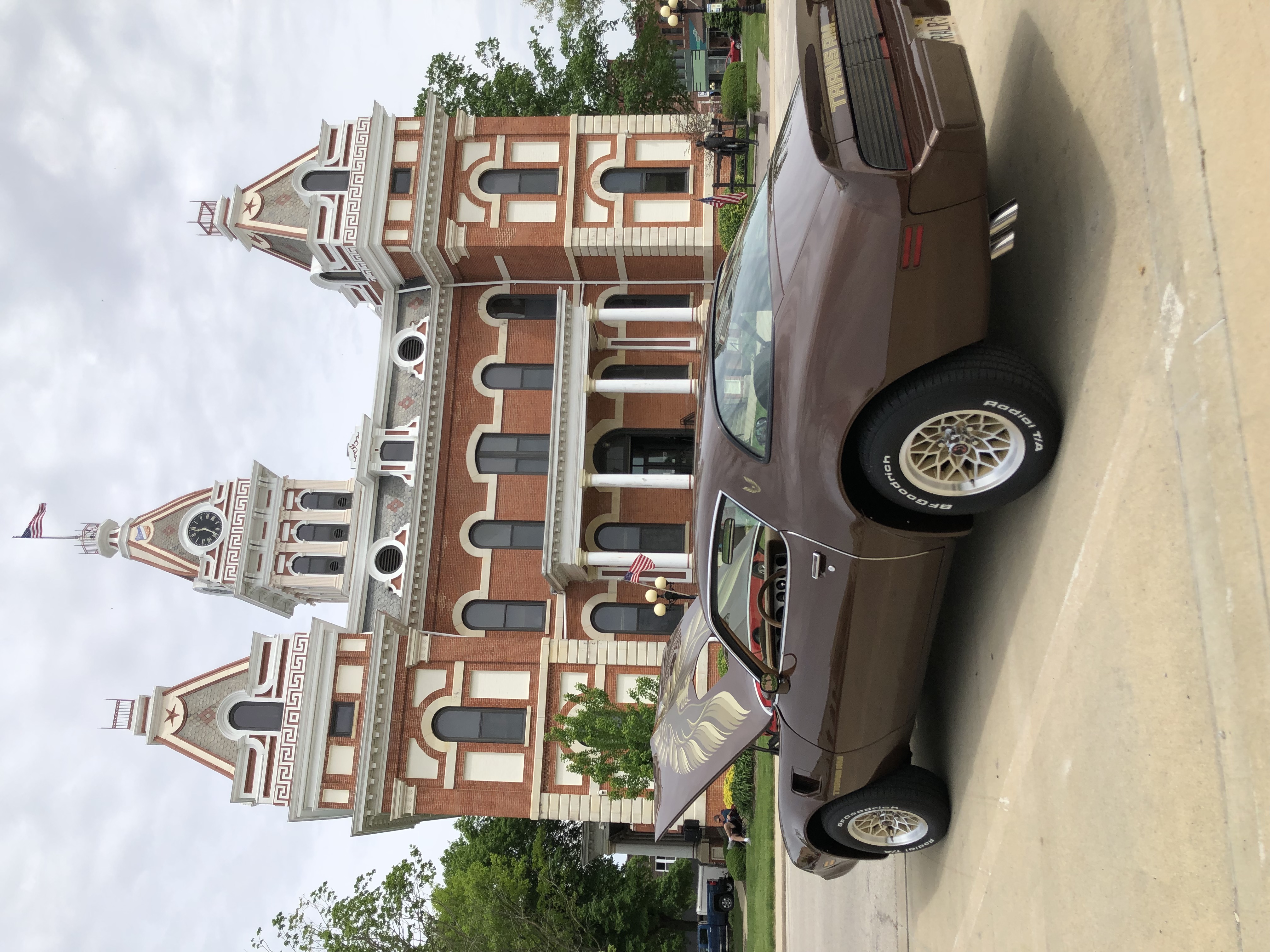 With the threat of rain and possibly hail in the forecast, several ‘birds did not make it to our event – but we still had 30 FIrebirds, Trans Am’s and Formulas of various years on hand, and we still had a great time getting together. Here are some of the pictures from the day. 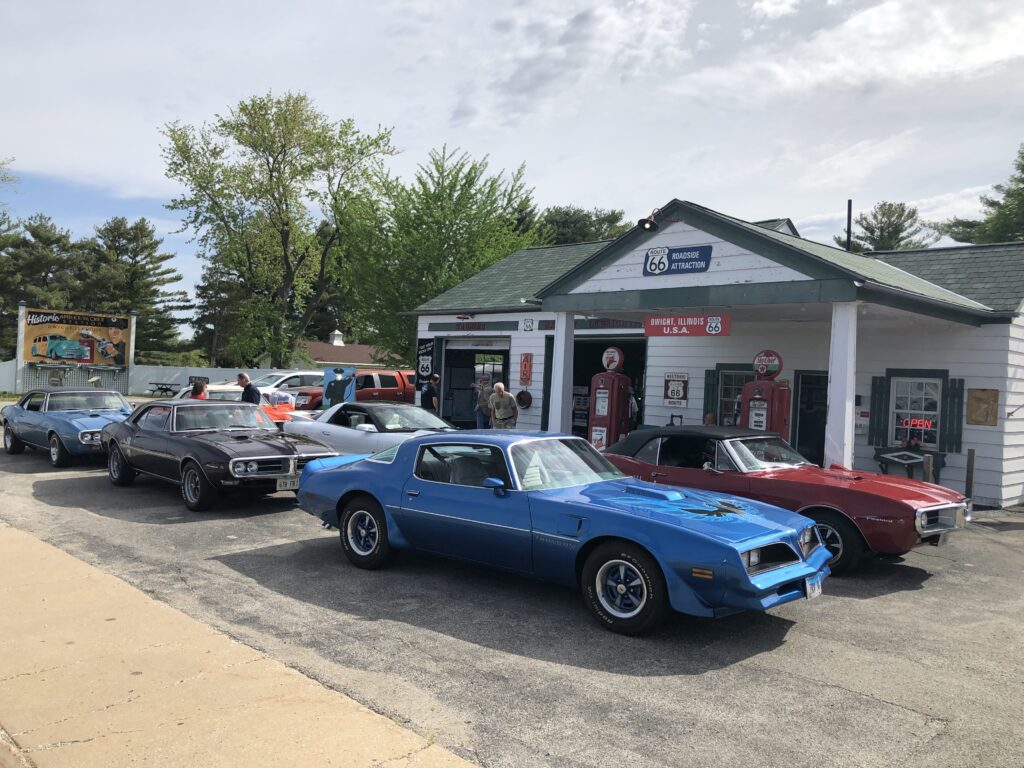 We had a caravan of six Firebirds drive down together from the Chicago suburbs, stopping at the famous historic Texaco station on Route 66 in Dwight for some photos. 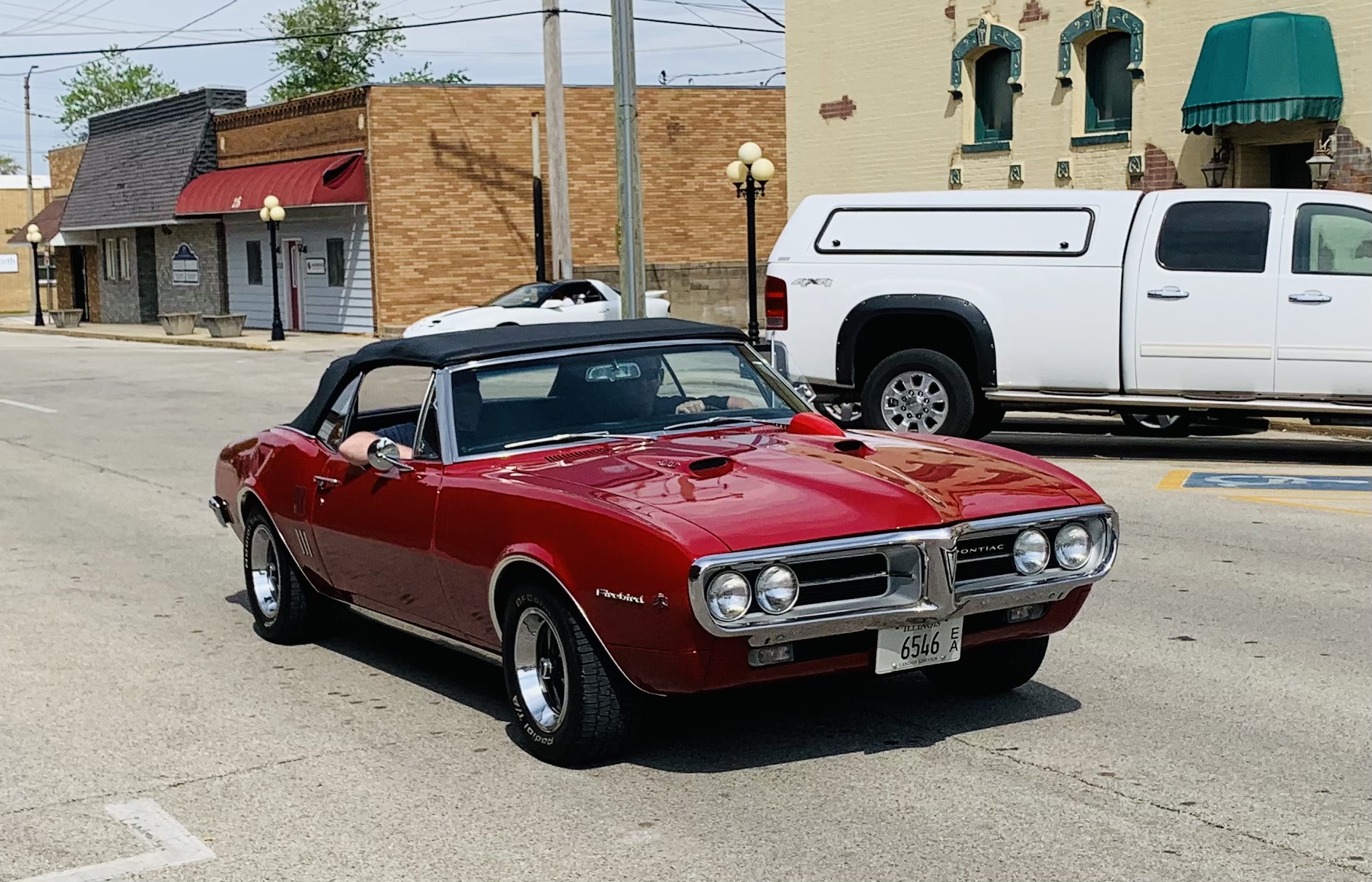 The leader of the pack – (and the club) – It’s yours truly with my ’67 Regimental Red 400 convertible pulling into town to join the others.  (Color enhancement by Dave Sullivan – it really isn’t as ruby-red as it looks in this pic!) 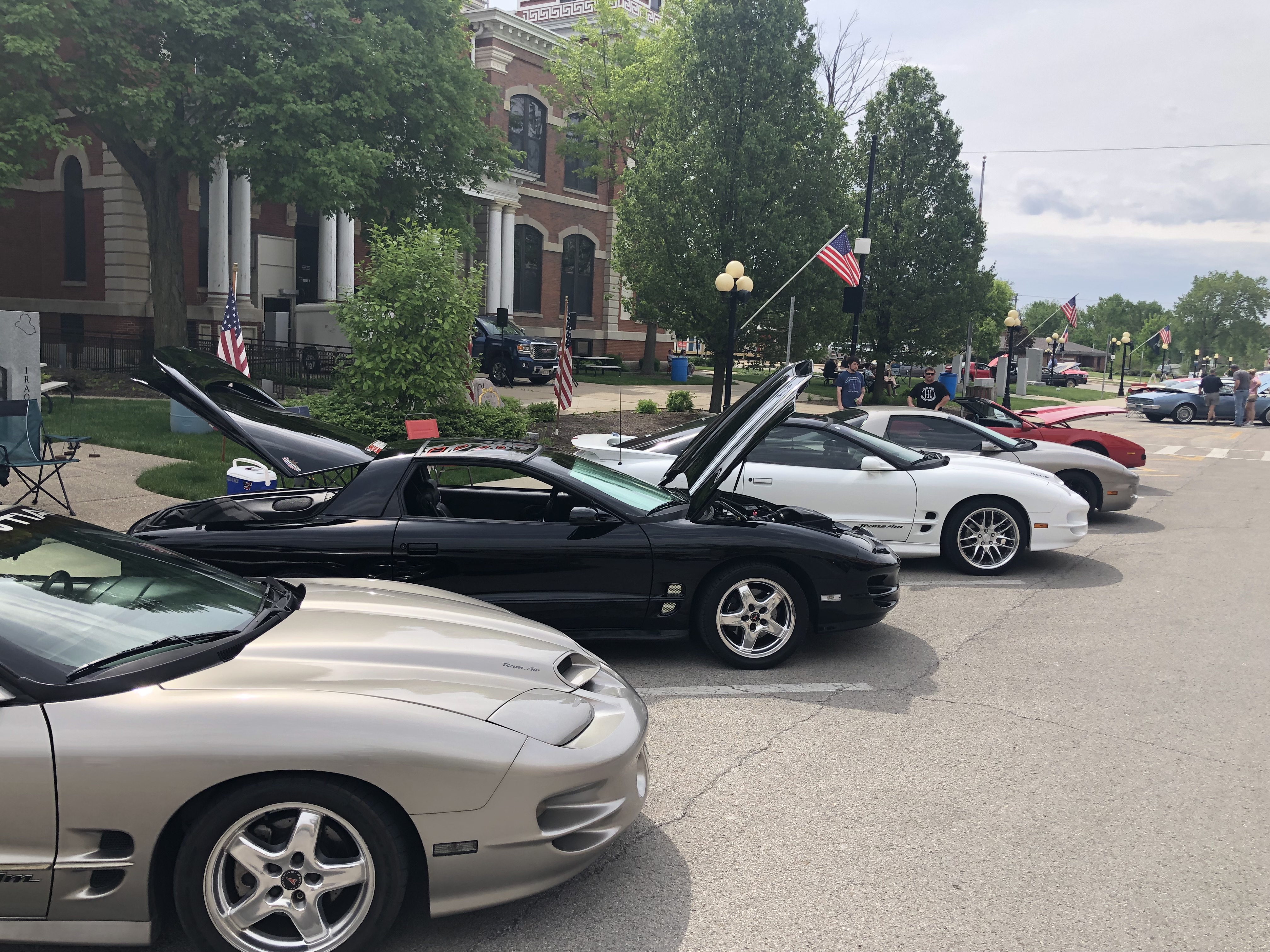 There’s always a good bunch of fourth generation Trans Am’s at our show, and this year was no exception. 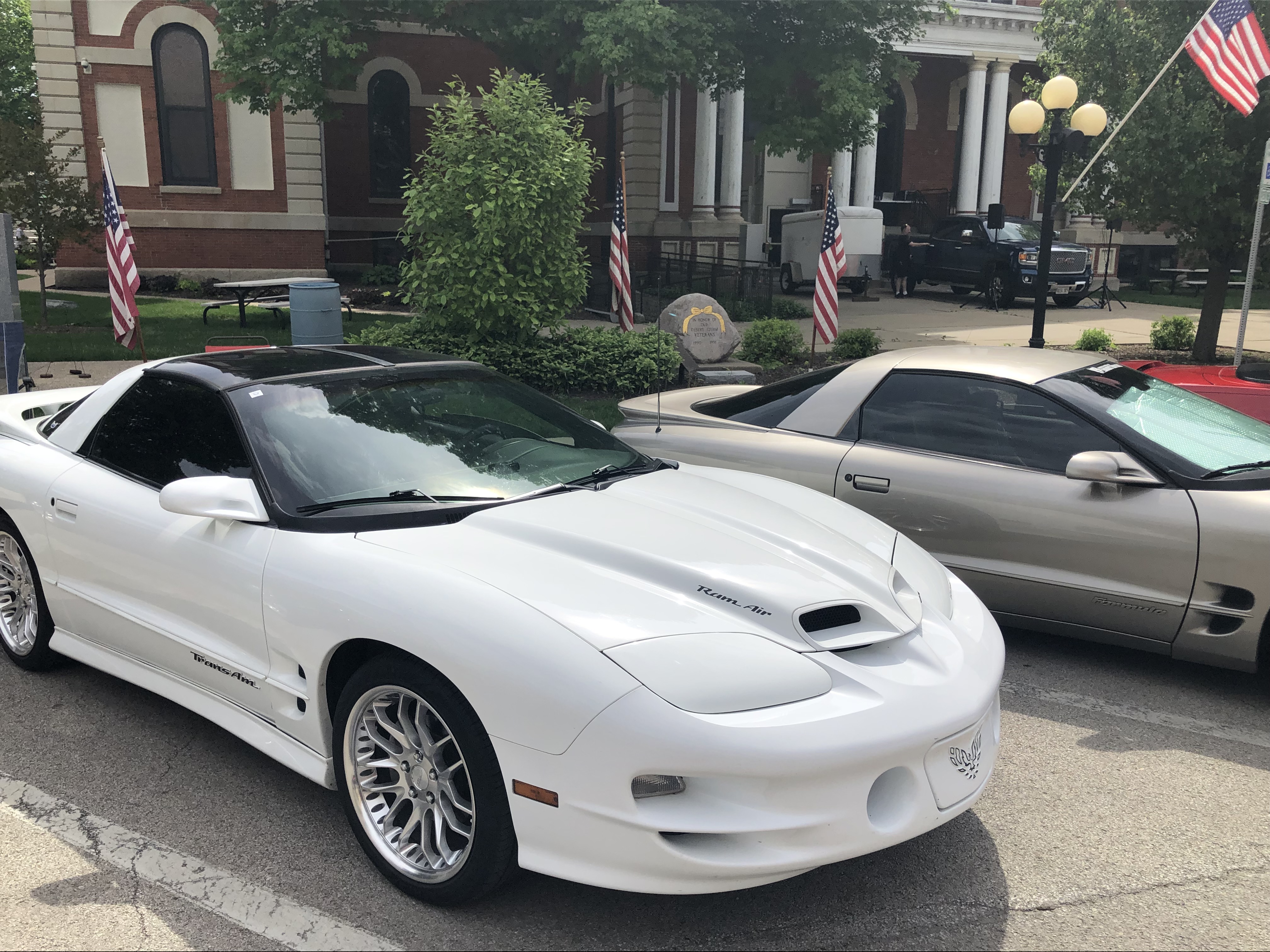 I love the wheels on this beautiful white fourth-gen TA. 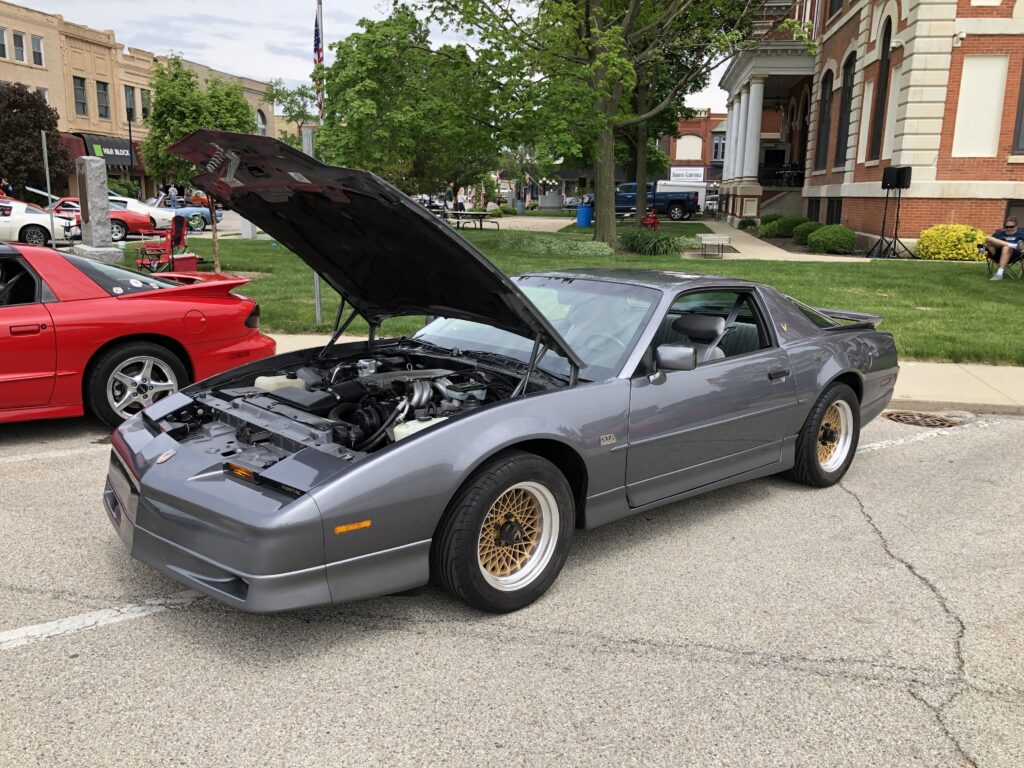 There were also some very nice third-gens in attendance this year, including this beautiful grey GTA, and red convertible 1989 Formula below. 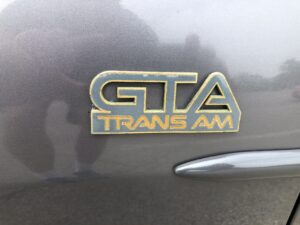 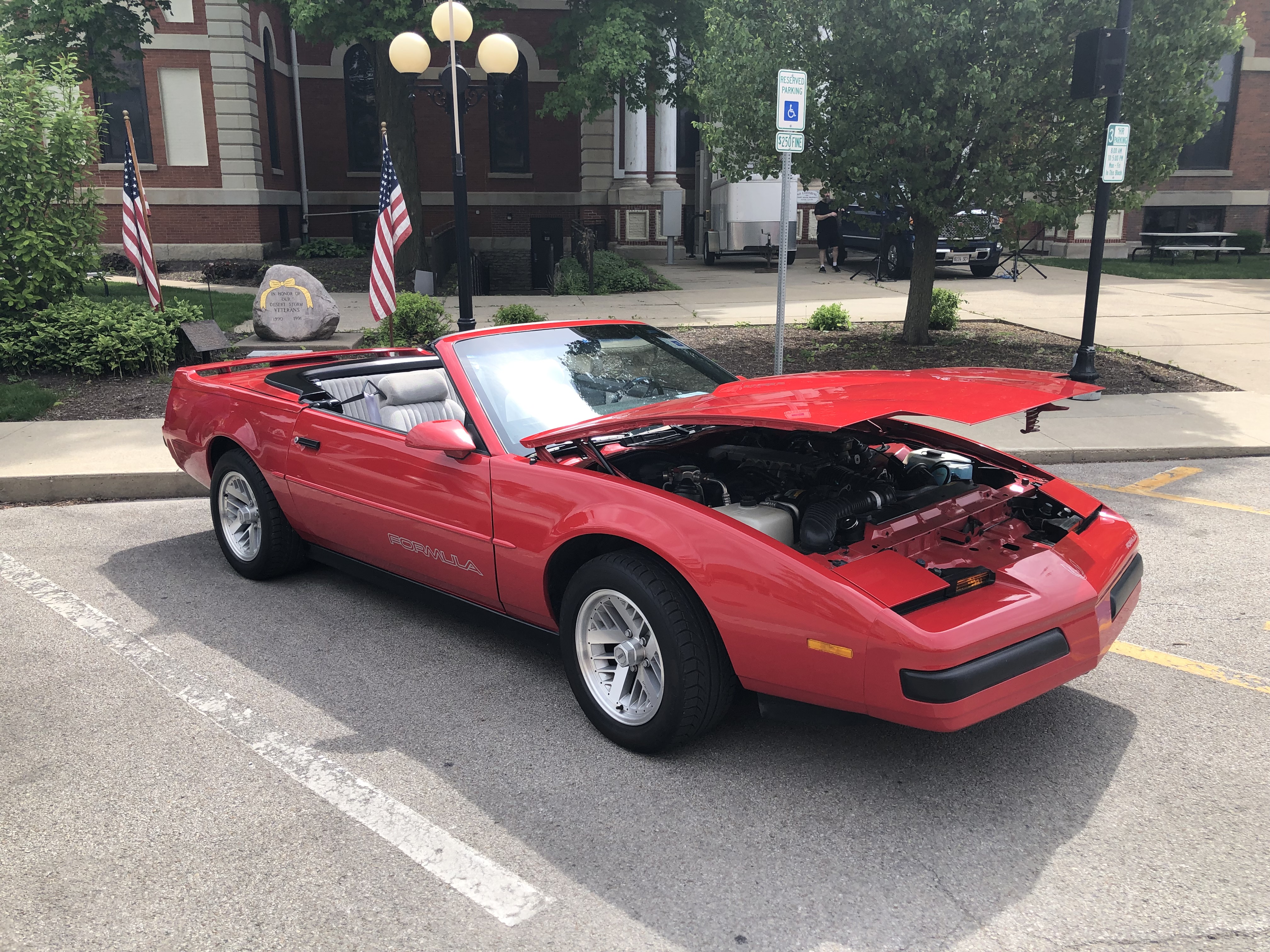 Club member, Vernon Bailey, drove this ultra-rare convertible Formula all the way down from the Upper Peninsula of Michigan. He told me that this is one of only 19 Formulas that were turned into convertibles in 1989. 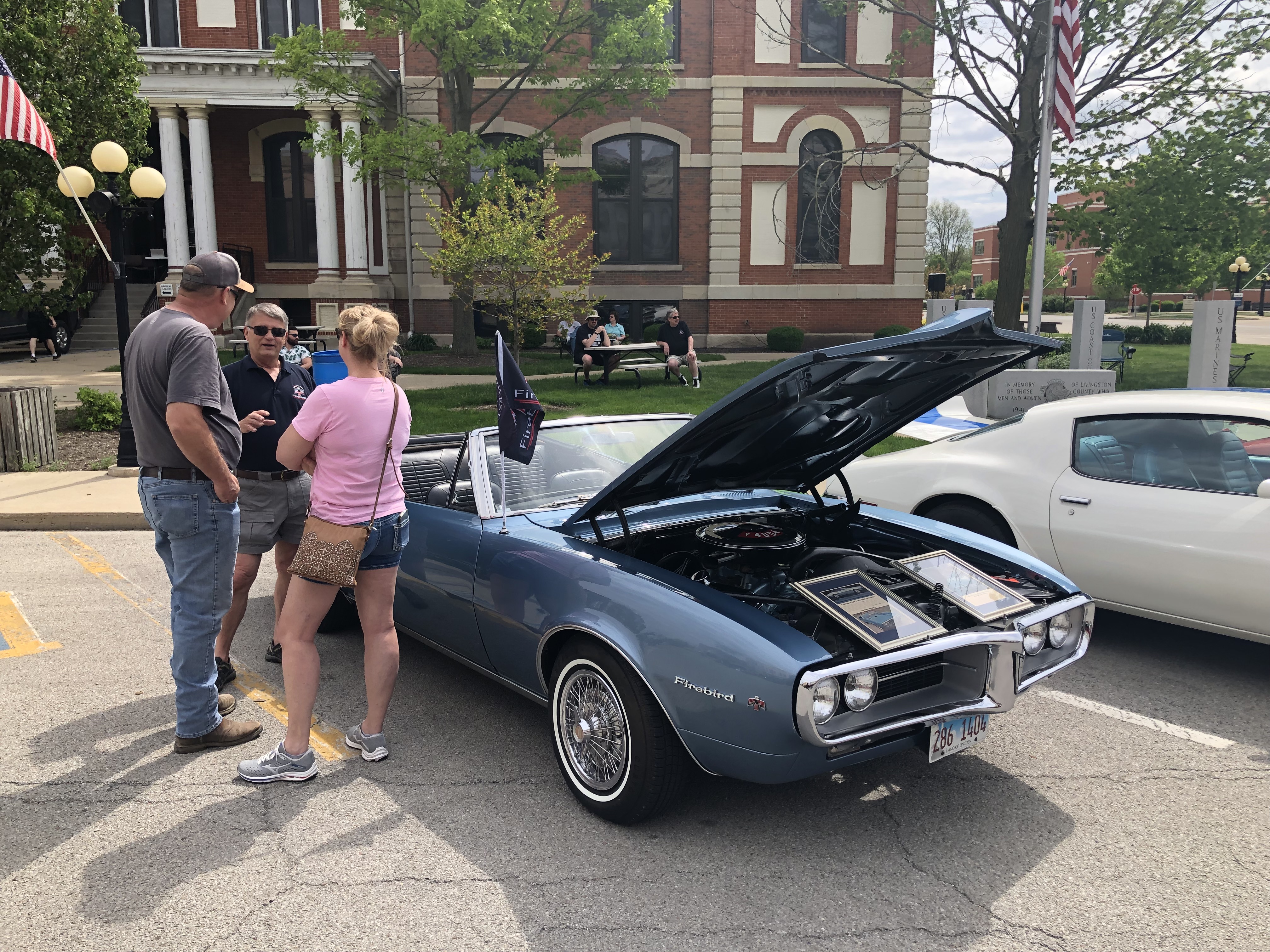 We always have a great time talking about our Firebirds. Here is club member, Tom Denton from the St. Louis area with his 1967 convertible 400 equipped with a 4-speed and wire wheels. 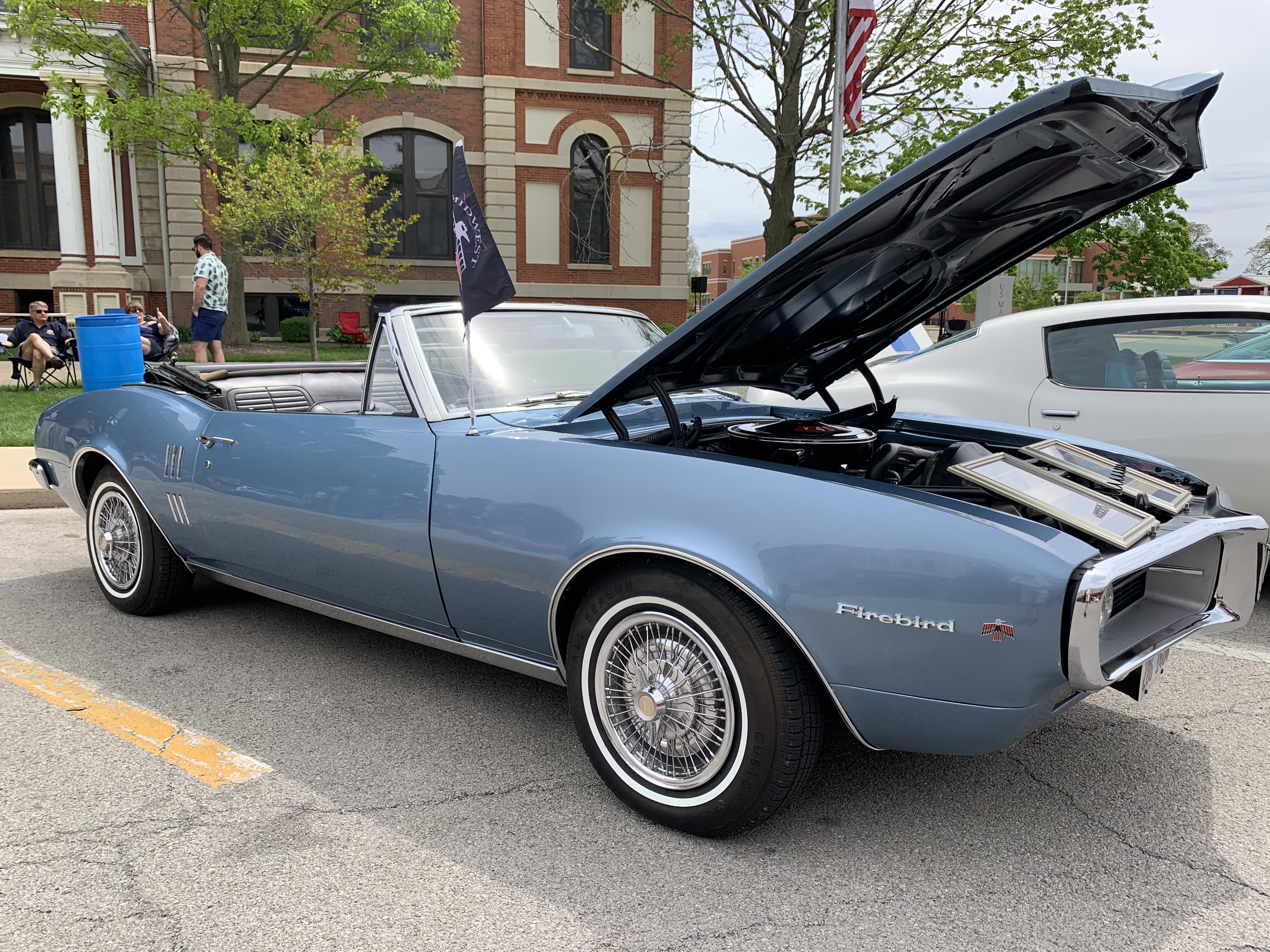 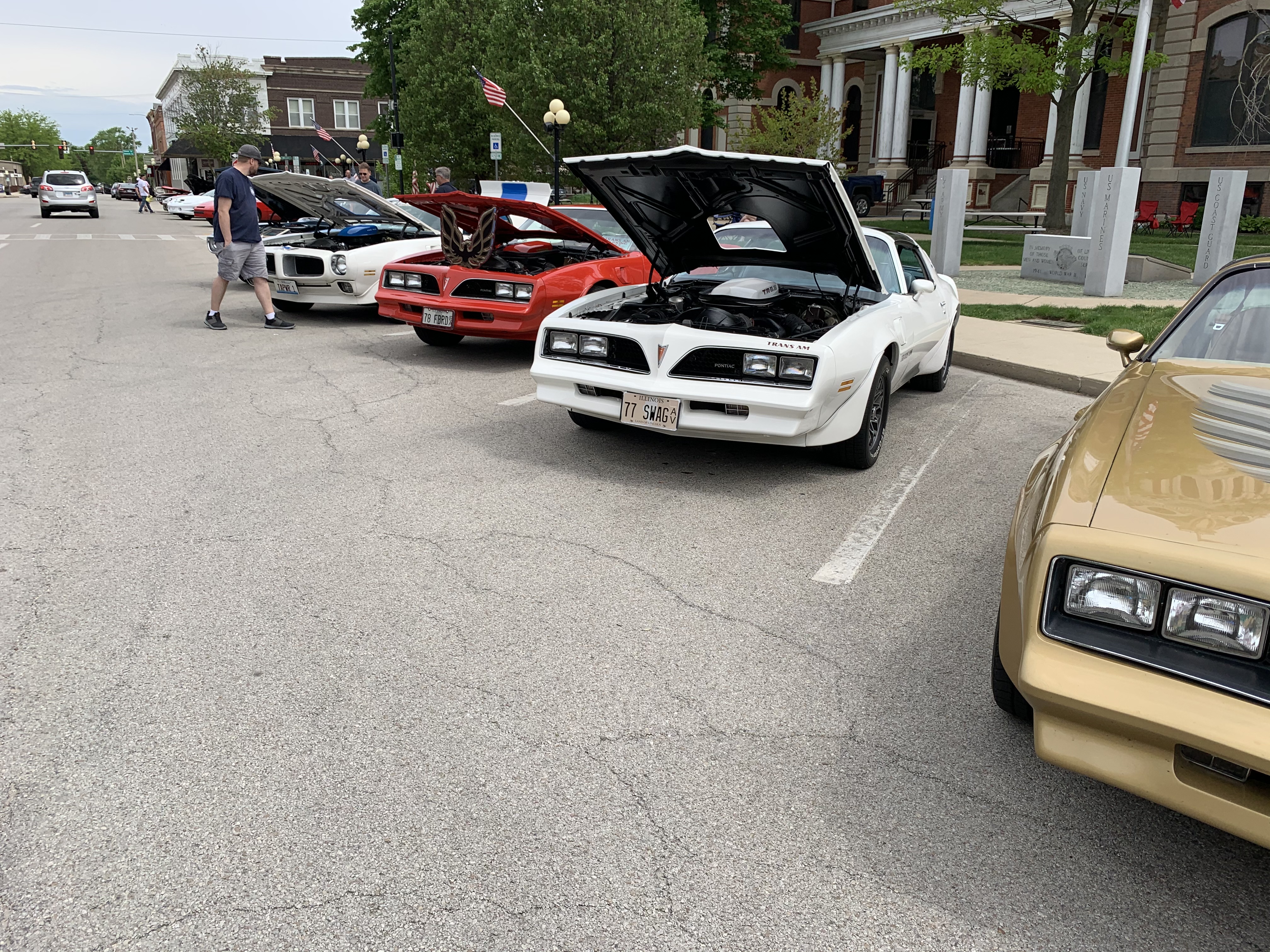 Of course second-gen Trans Am’s are always the most represented category of all the Firebirds at our event every year. Here are some of the beauties that came out for the day. 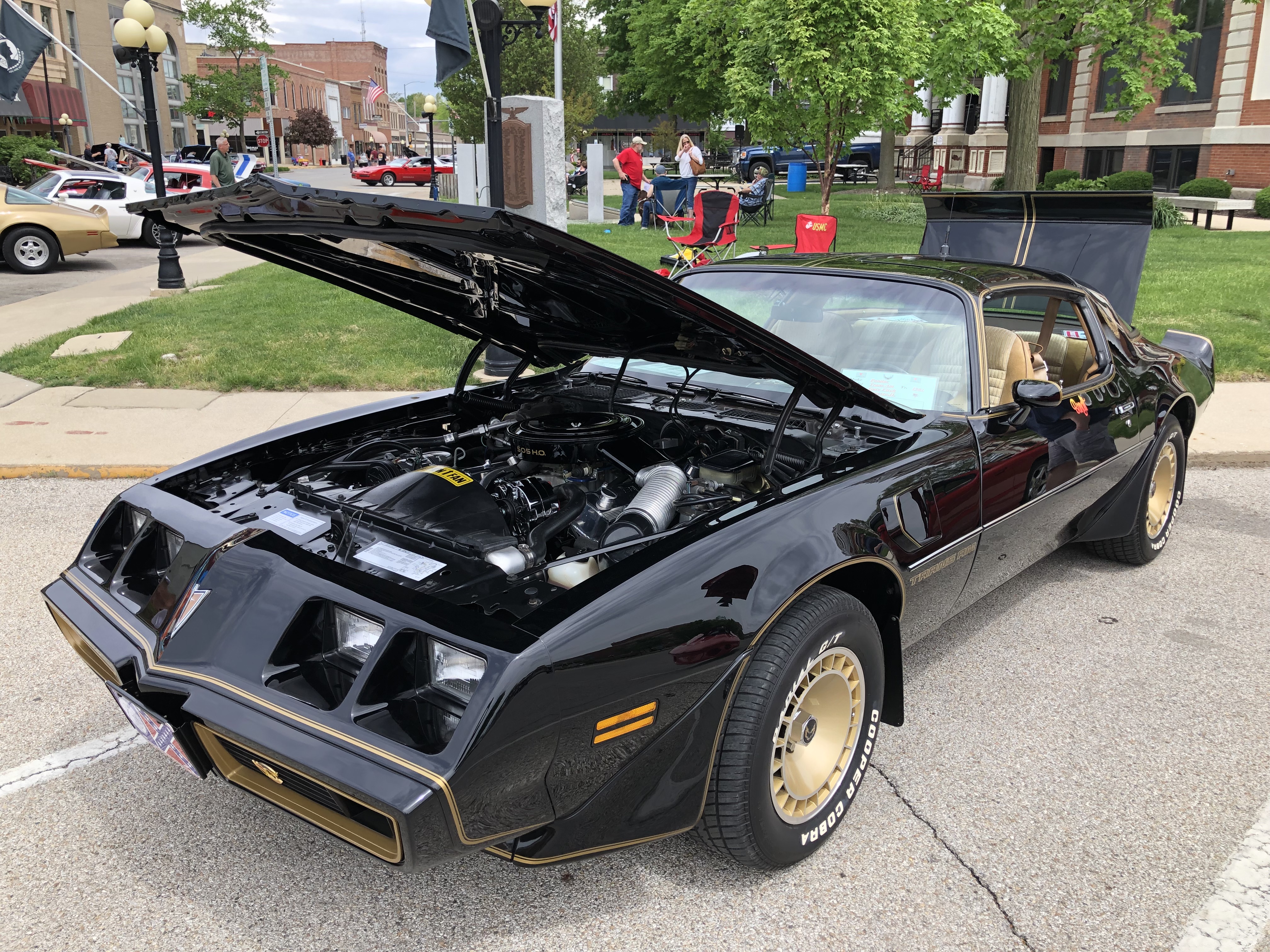 The classic, black and gold “Bandit” colors on a Trans AM will never go out of style. 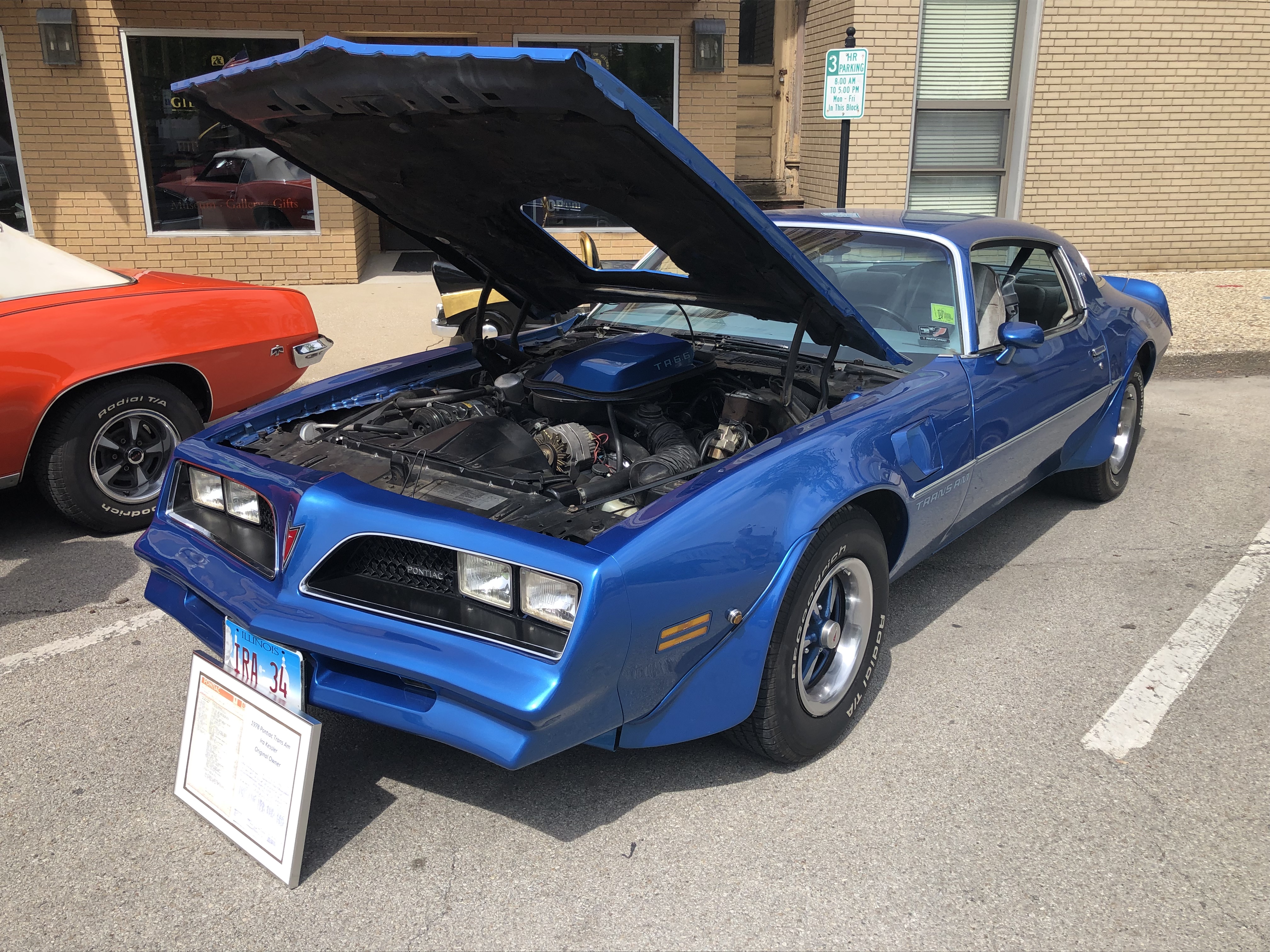 Owner, Ira Kessler told me he bought this 1978 Martinique Blue Trans Am brand new back in the day. How people manage to keep cars this long always amazes me, and I think according to his son who was there, this one is going to stay in the family a long time. 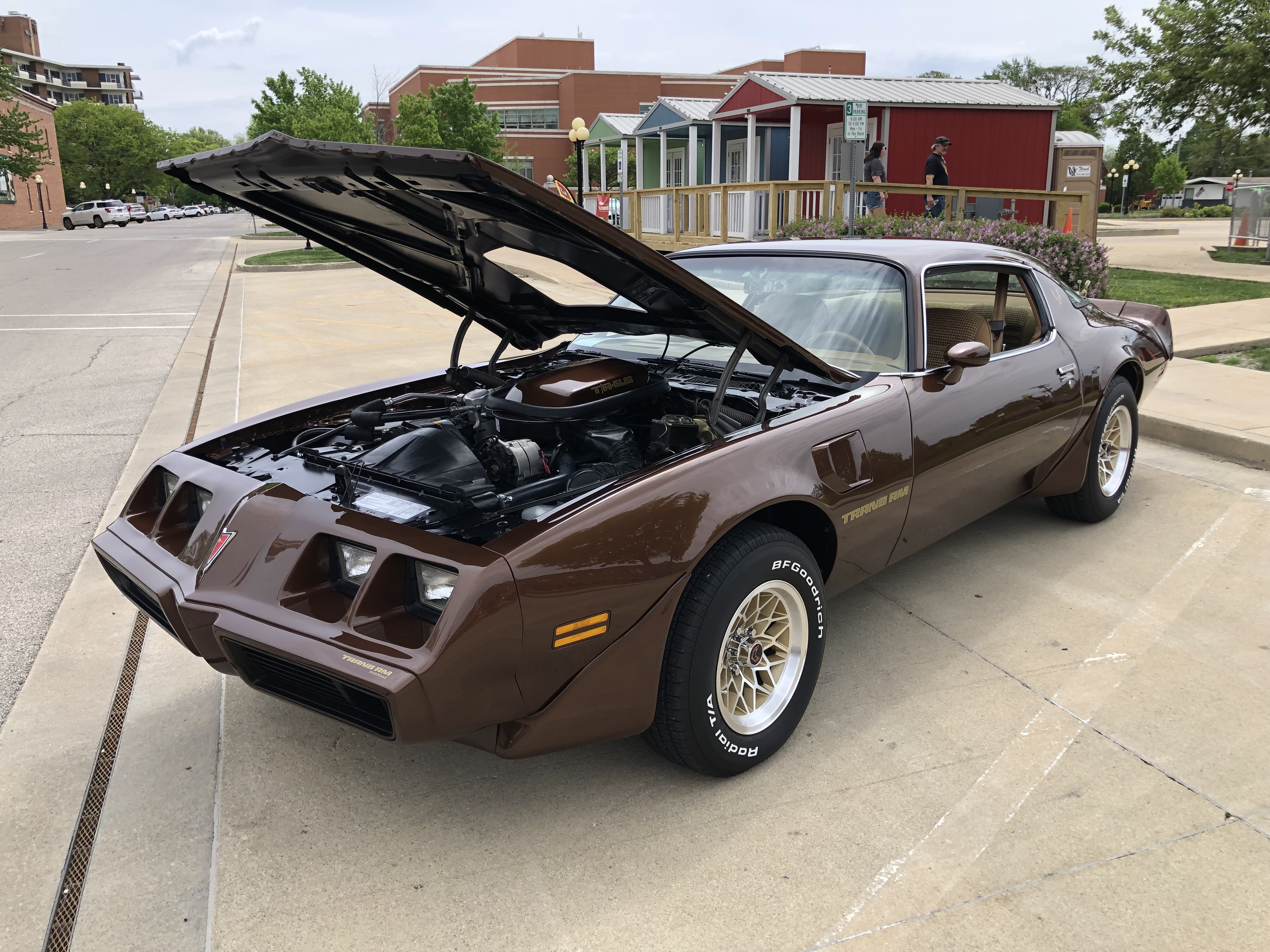 This brown 1979 Trans Am has such a great look, and was one of my favorites. 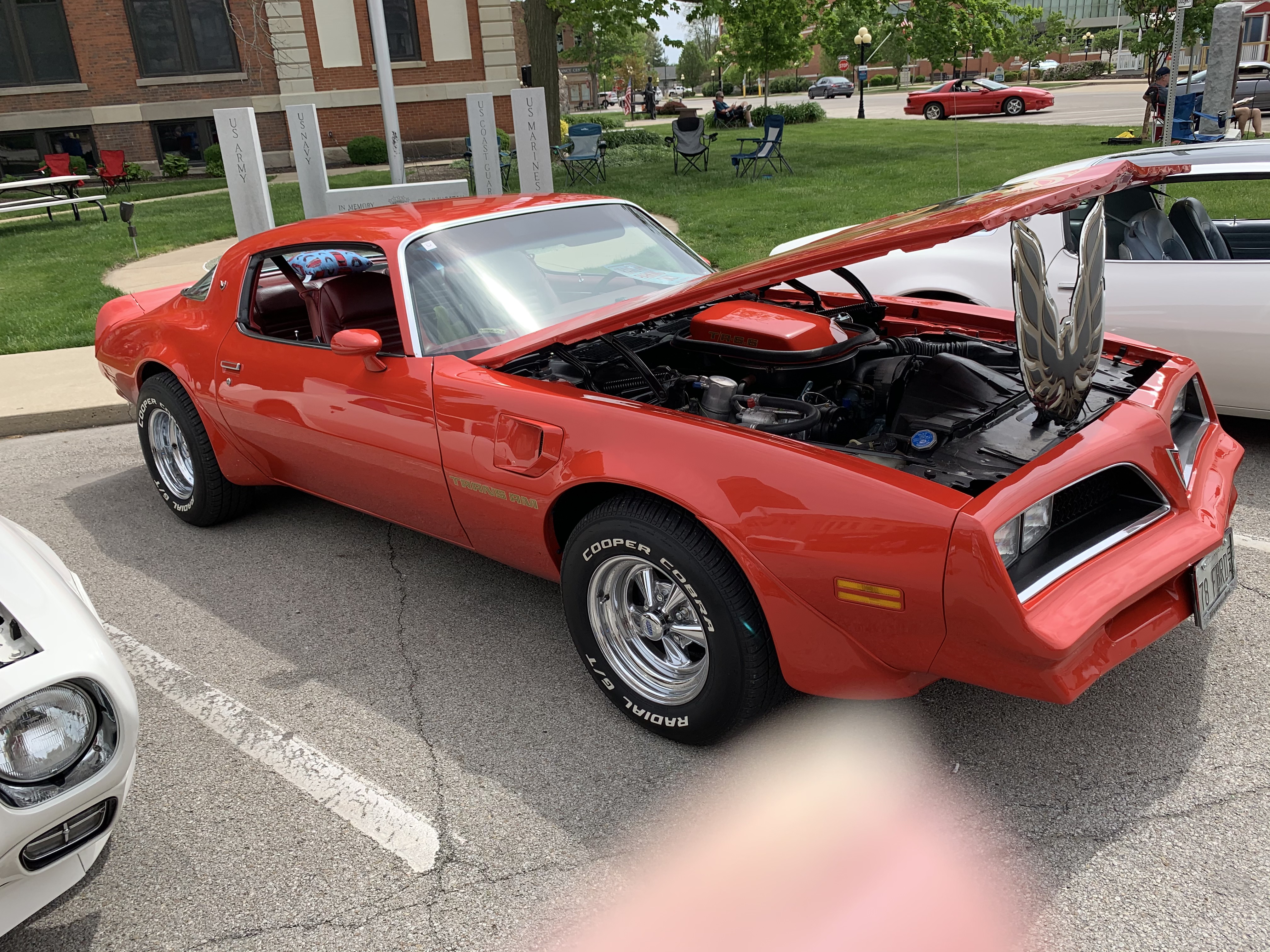 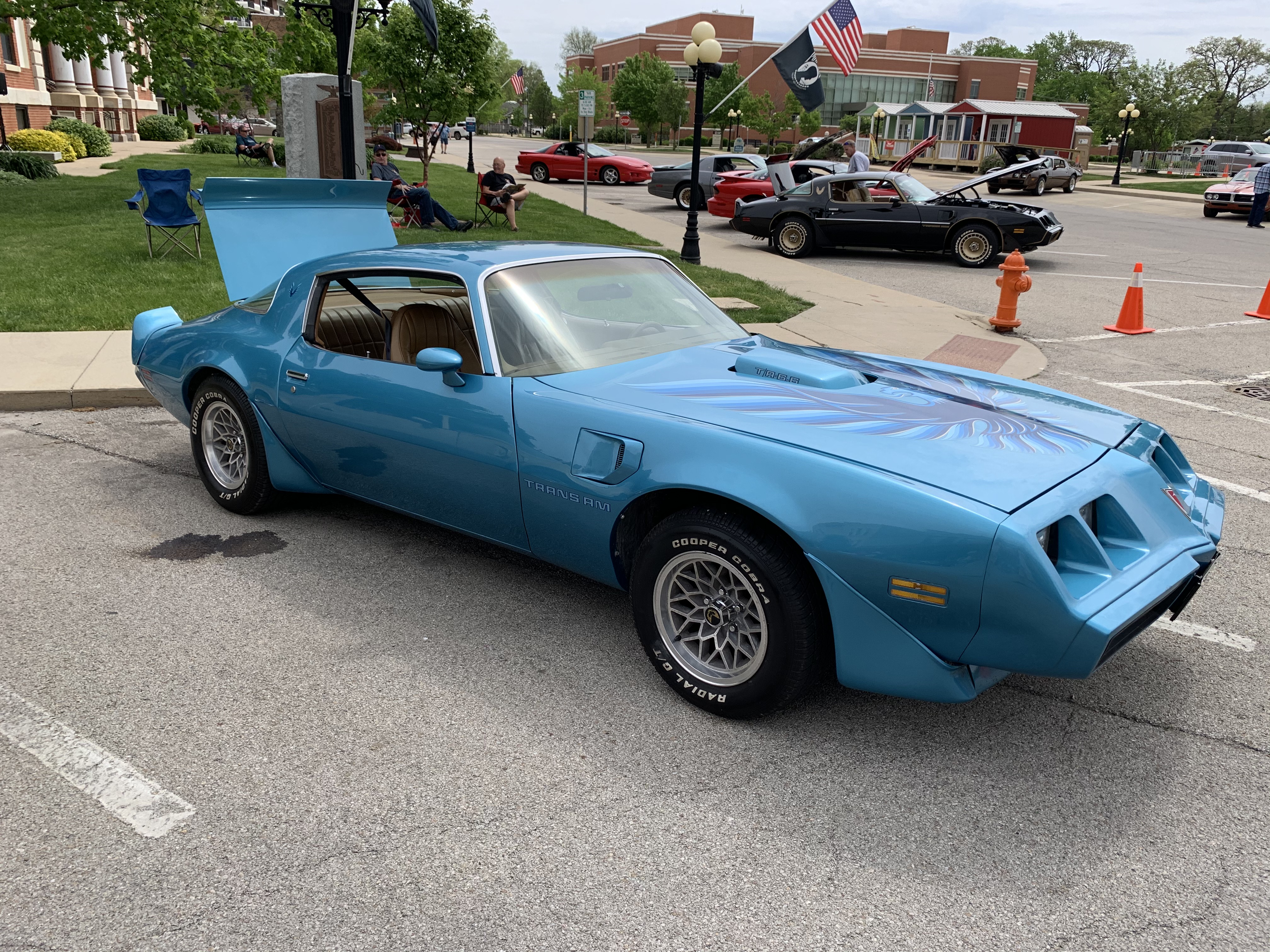 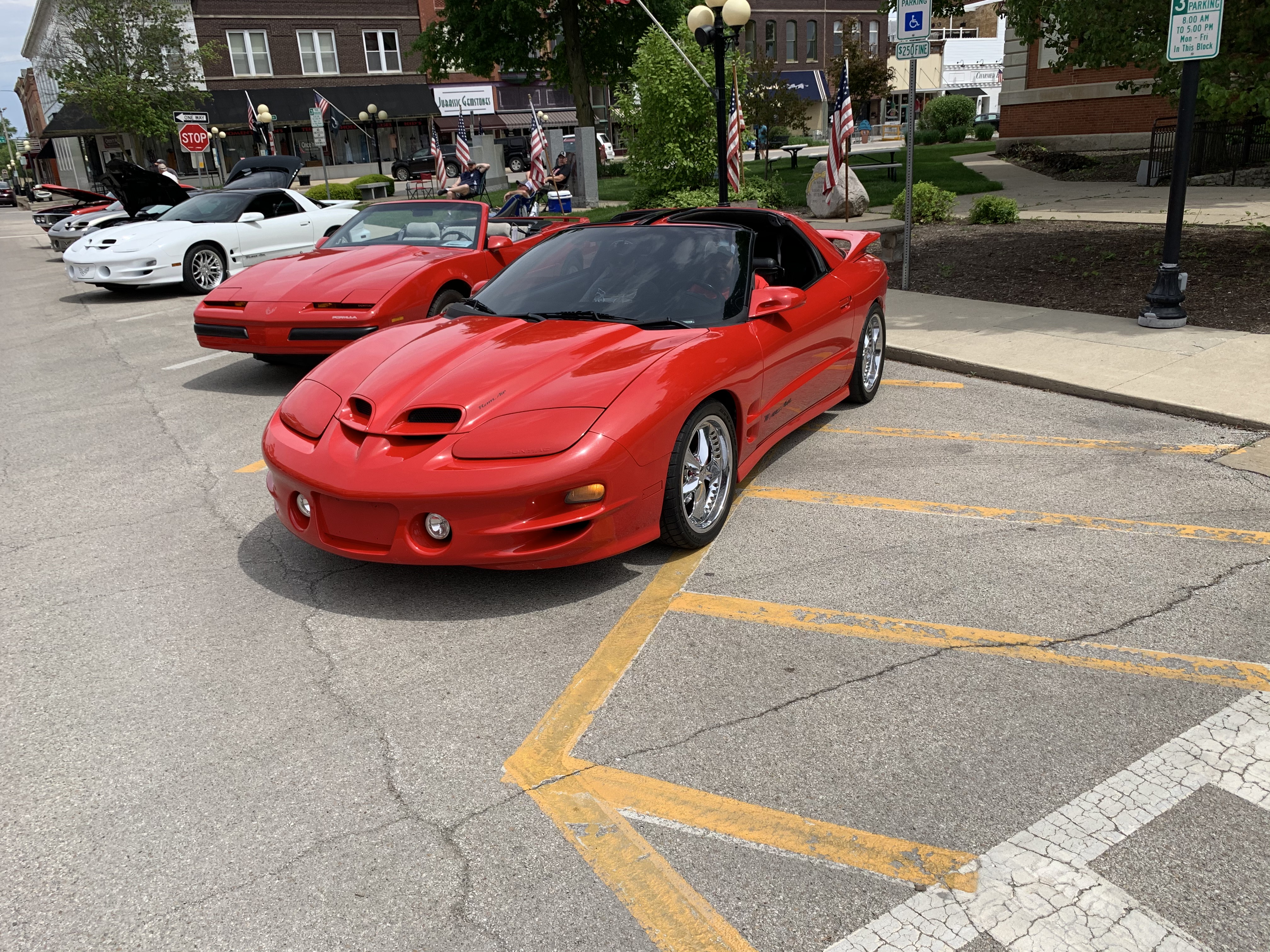 This red-hot 2002 Trans Am joined us a little later in the morning. 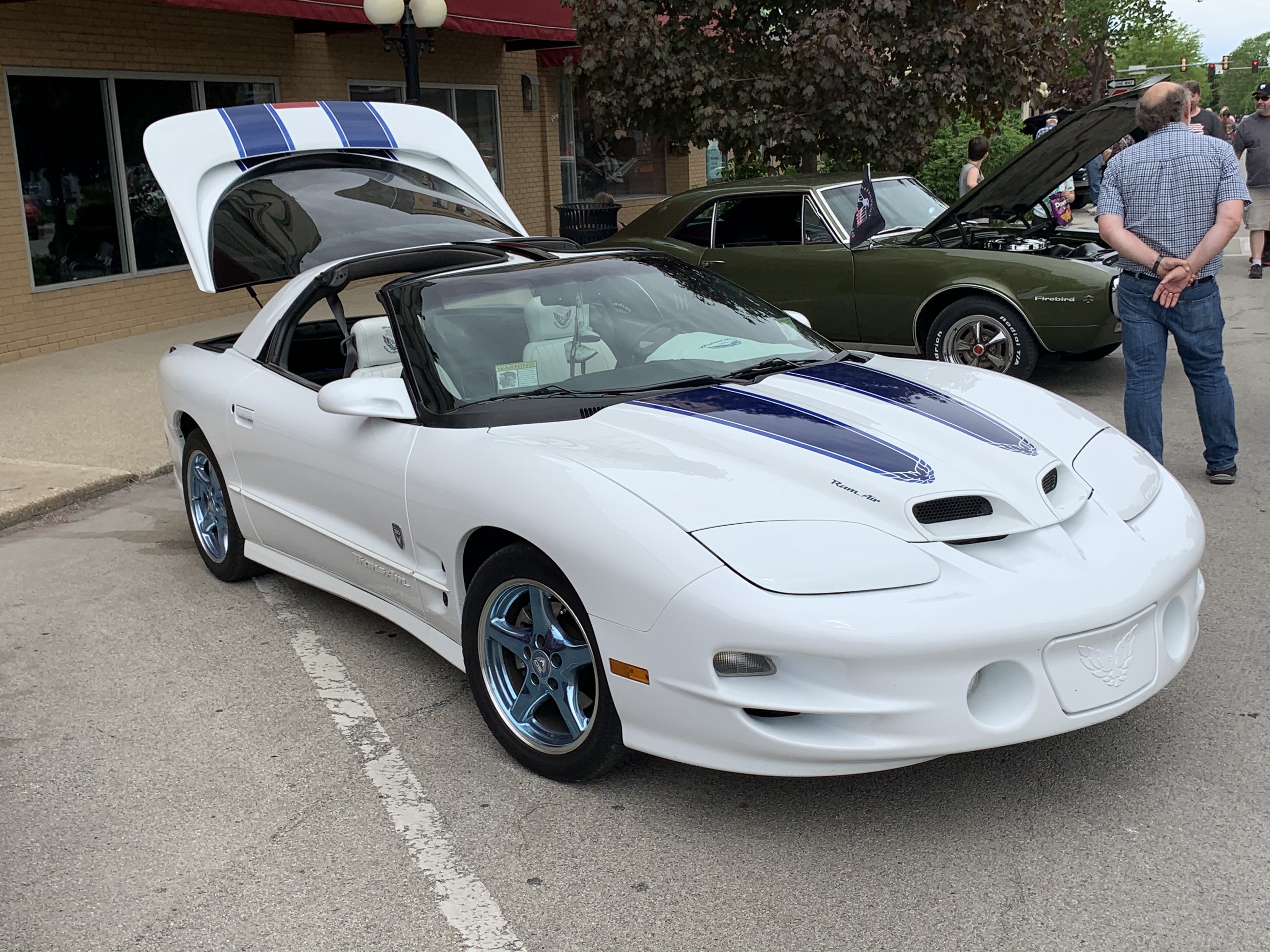 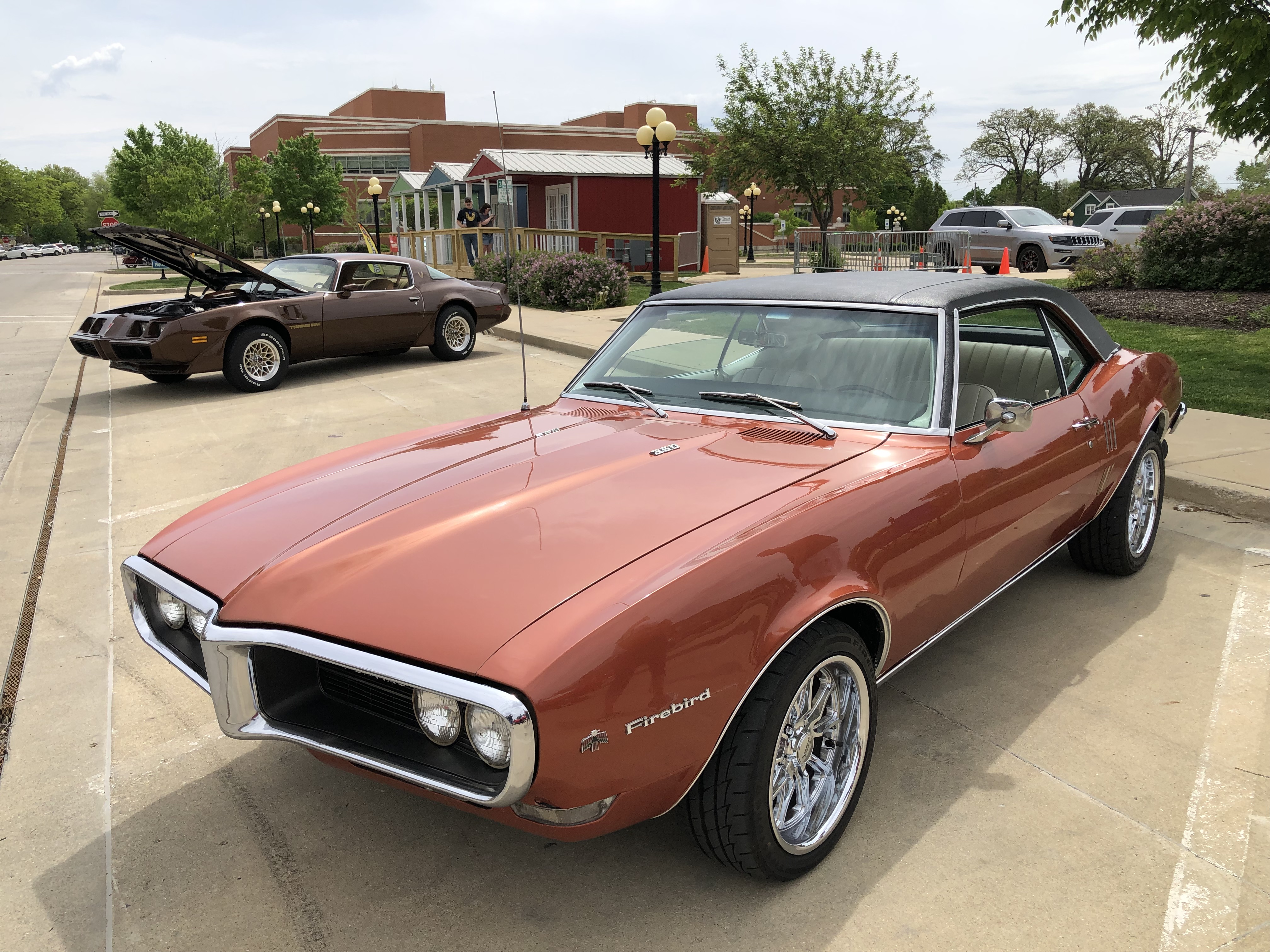 Club member Ayham Rimawi’s 1968 Autumn Bronze coupe with Parchment interior and black Cordova top. This is such a great color combination, and a special order color in ’68. 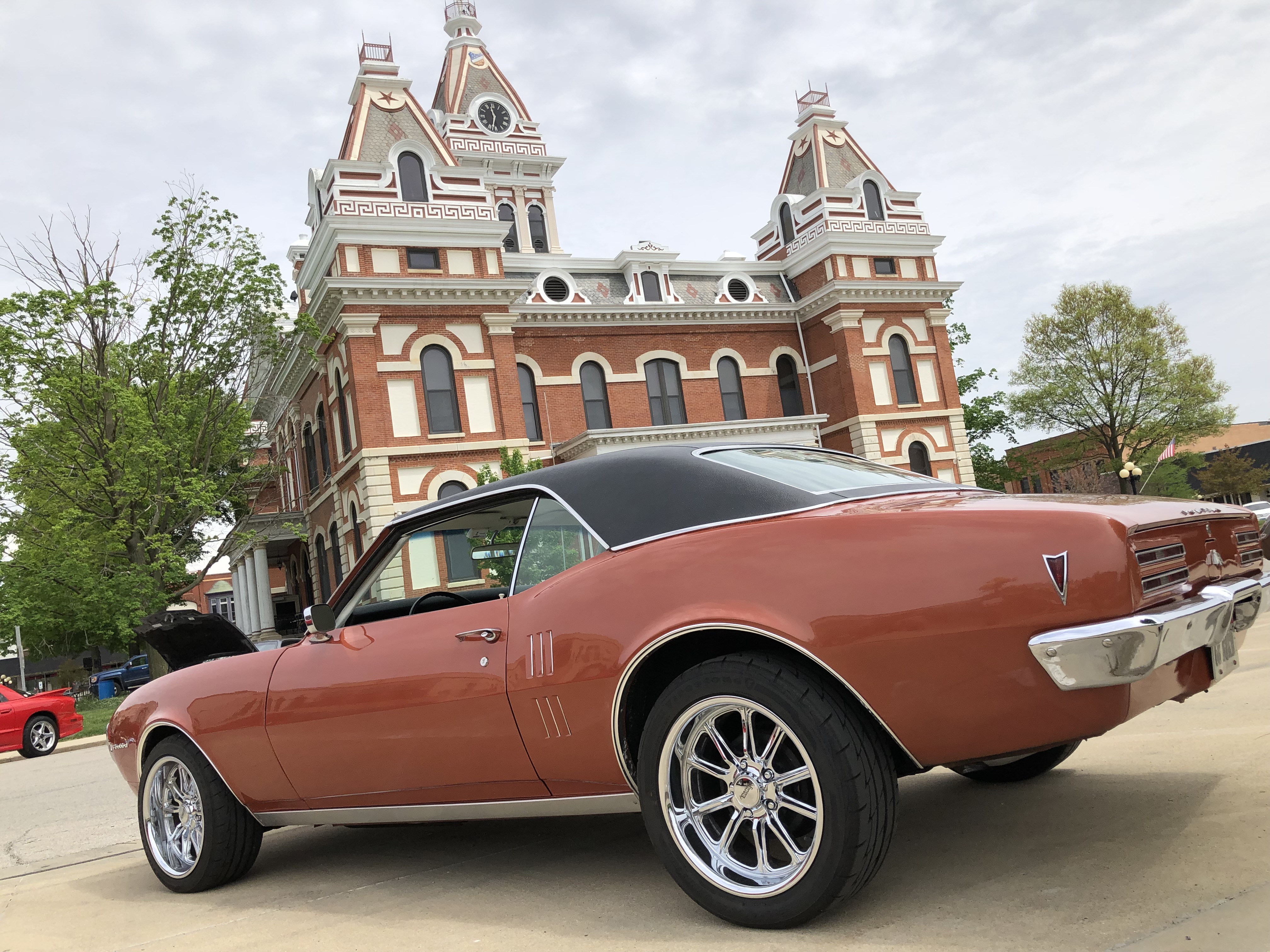 Another great shot of Ayham’s ‘bird this time showing off the new 17″ wheels and tires he installed recently. 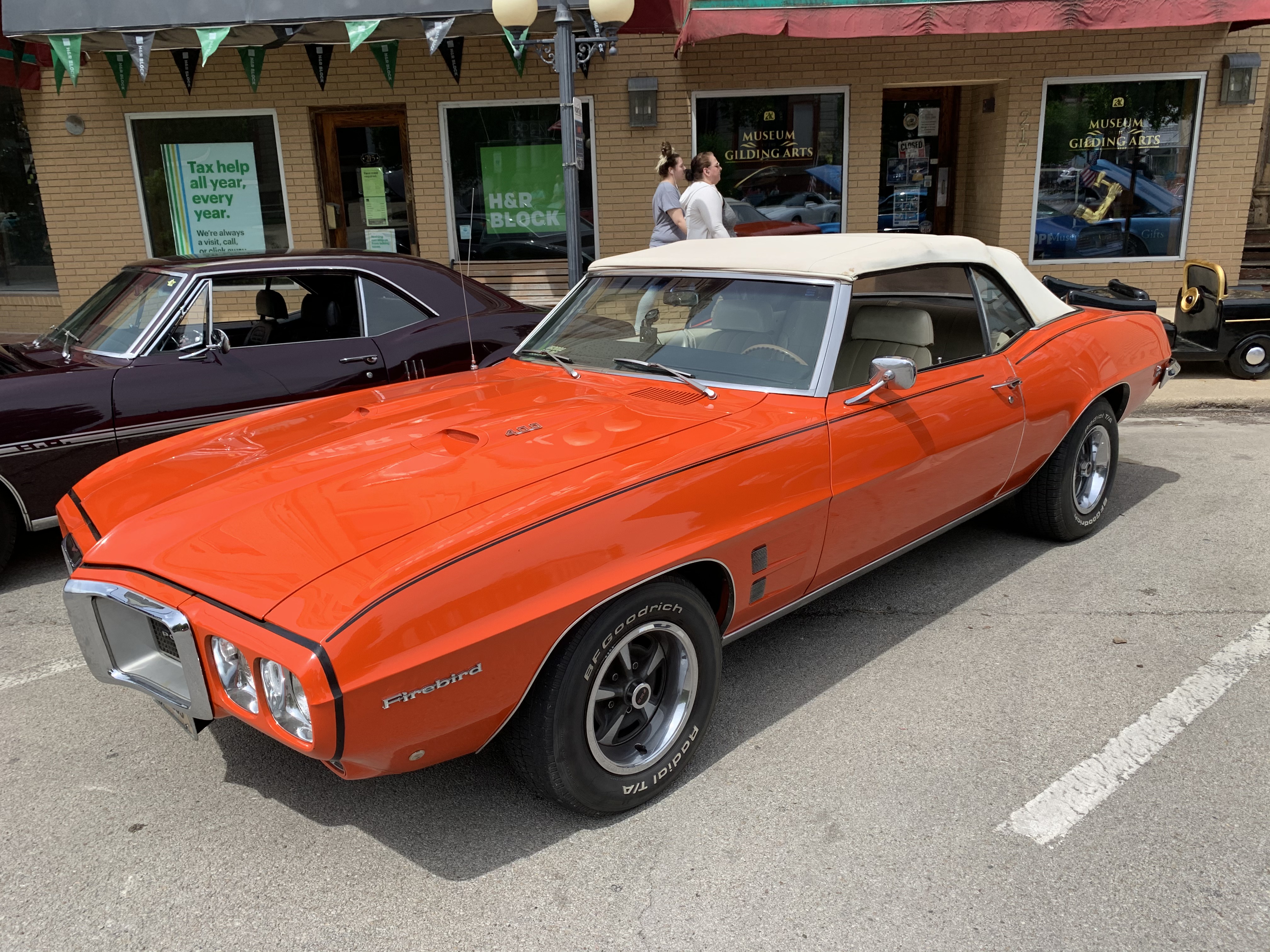 A new Pontiac color for Firebird came in 1969 – and they called it Carousel Red (even though it is really orange!)  This rust-free West Coast convertible owned by our club Treasurer, Mike Kessler, comes complete with the original Parchment deluxe interior and white top. 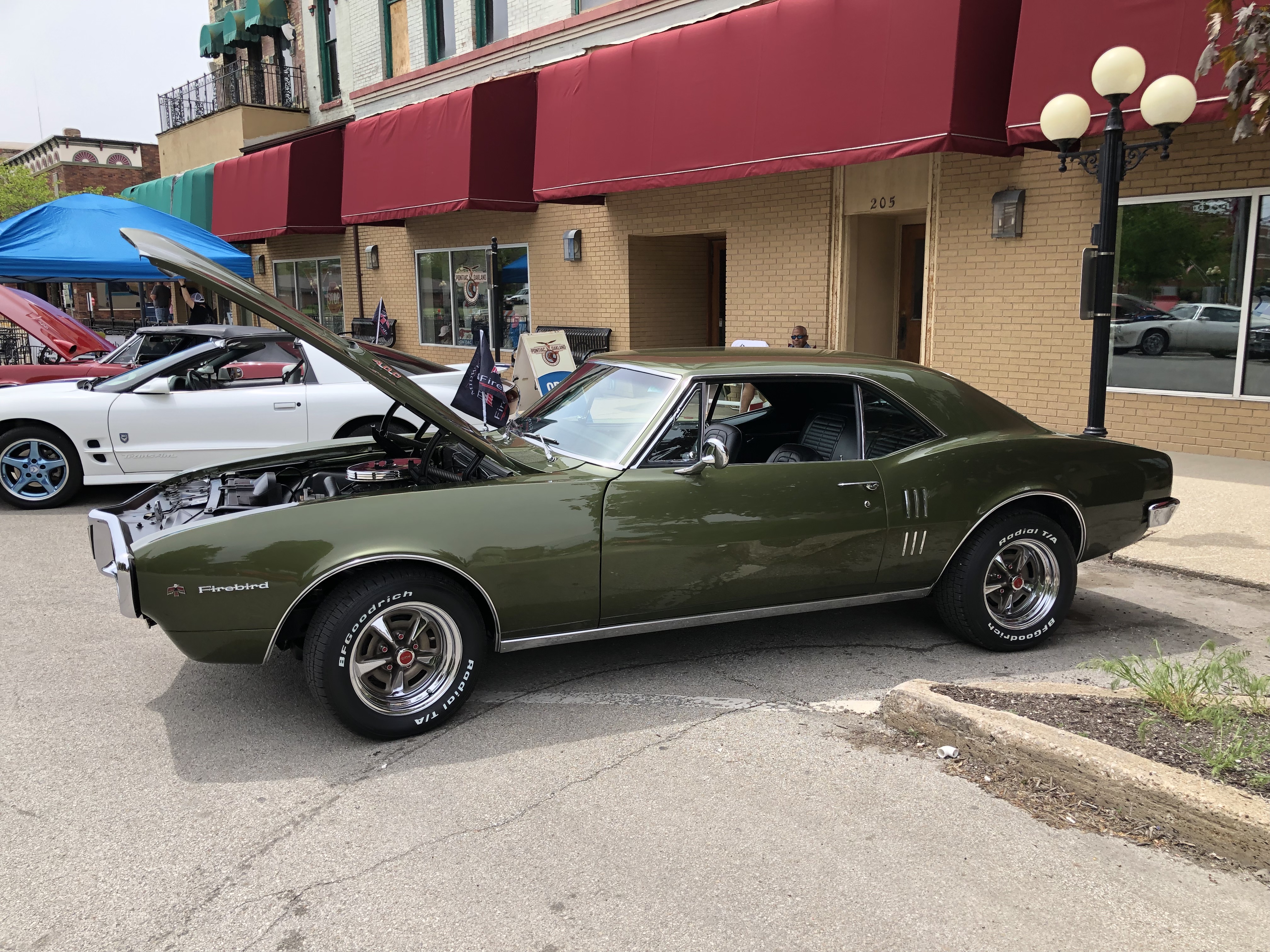 Even with less cars than we have had in the past, I think it was a successful event, and everyone really enjoyed talking with old friends and seeing all the great Firebirds on display.  Our club once again, donated $1,000 to the Pontiac Oakland Automobile Museum, as well as all of the entrance fee money went to support the Museum and all that they do for our great Pontiac hobby.  Overall it was a pretty good day!

The material on this site may not be reproduced, distributed, transmitted, cached or otherwise used, except with the prior written permission of Midwest Firebirds, 2022 ©