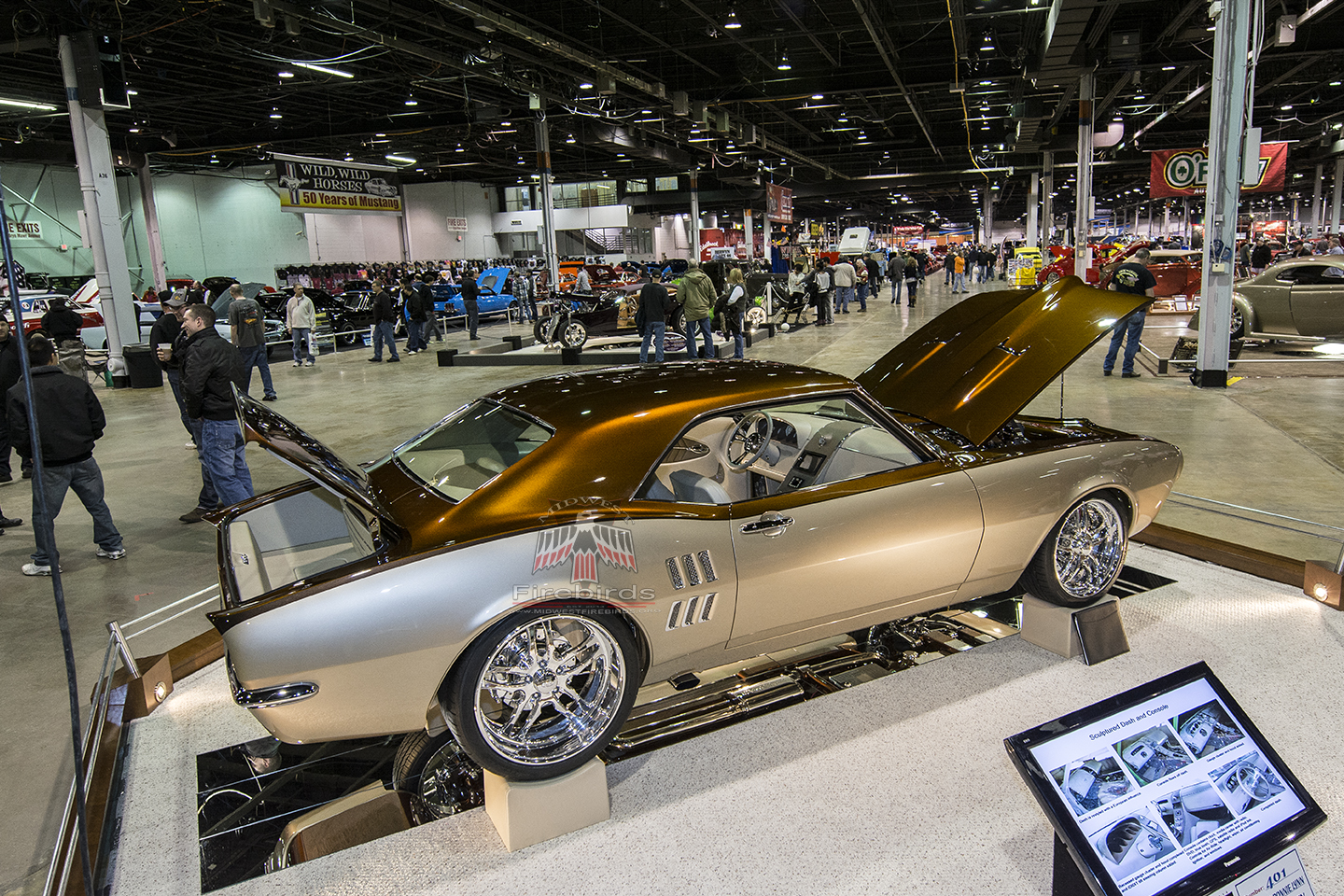 We at the MWF club see and encounter all kinds of first-gen. Firebirds. But it’s on rare occasion that we ever come across a true showstopper likes this one-of-a-kind 1967 coupe. It was on display at the 2014 Chicago World of Wheels car show, held at the Donald E. Stevens Convention Center in Rosemont, IL and had no trouble pulling our attention. The jaw dropping ‘bird is named ‘Essence’ and was designed and built several years ago by Maurer Hot Rods, of Fairbury, IL. Sam and Bonnie Lynn are the proud owners and have accumulated more than a few national trophy awards for their stunning Pontiac. They were the ISCA International Class Champion and 2nd overall custom in the country for two straight years (2010 & 2011). The amount of time and extreme craftsmanship was readily apparent while checking out the vehicle from all angles and even underneath. From watching the restoration photo slideshow, we gathered the pair started with a worn-out red ’67 coupe and went all the way to the max to create their extreme machine. The ‘essence’ of this rolling artwork is one of perfection and attention to detail making the name of the car  more than appropriate. 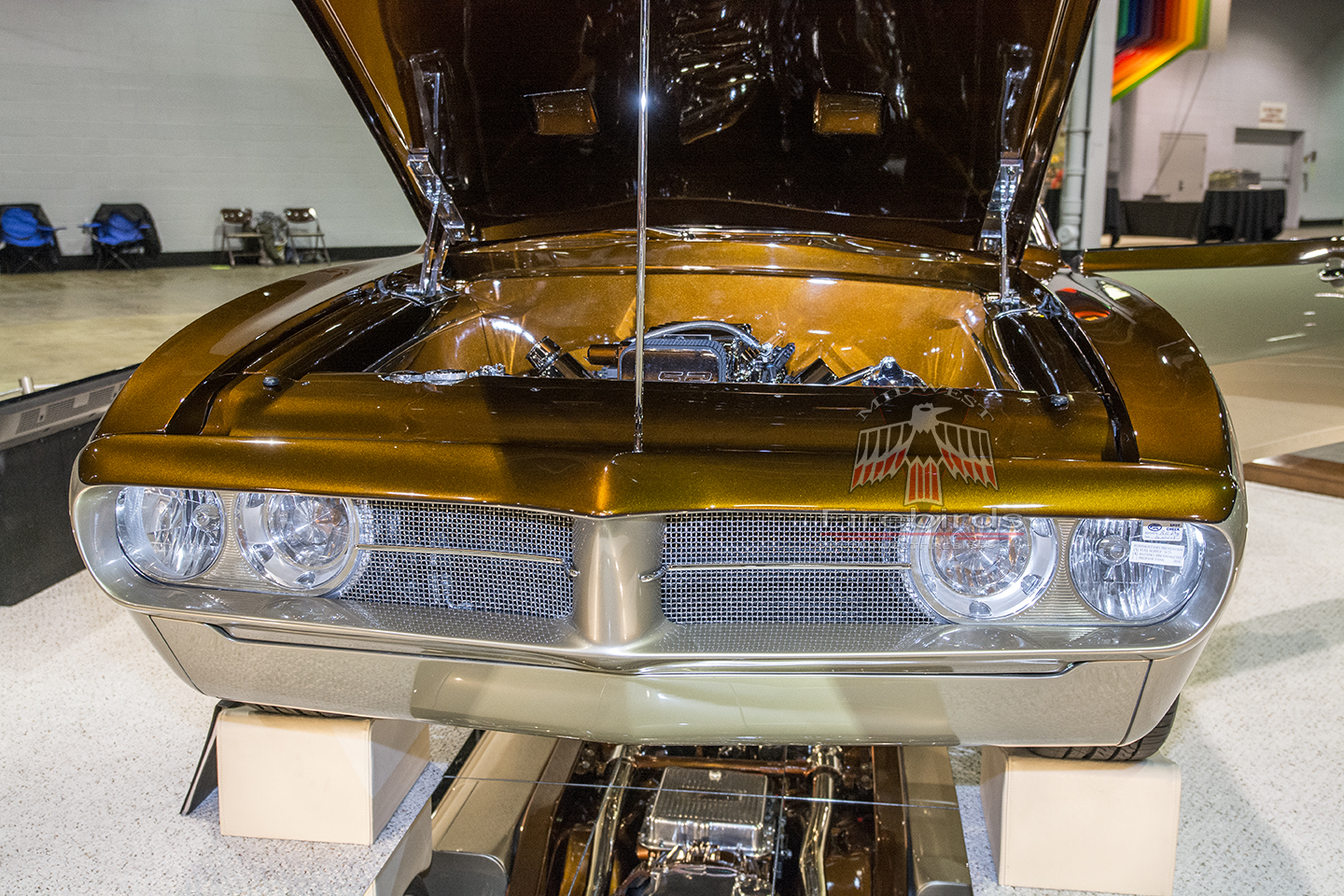 A smoothed lower front air dam, halogen headlights and a custom grille are just the beginning of the changes up front.

The ‘bird rides on a custom chassis and suspension system. 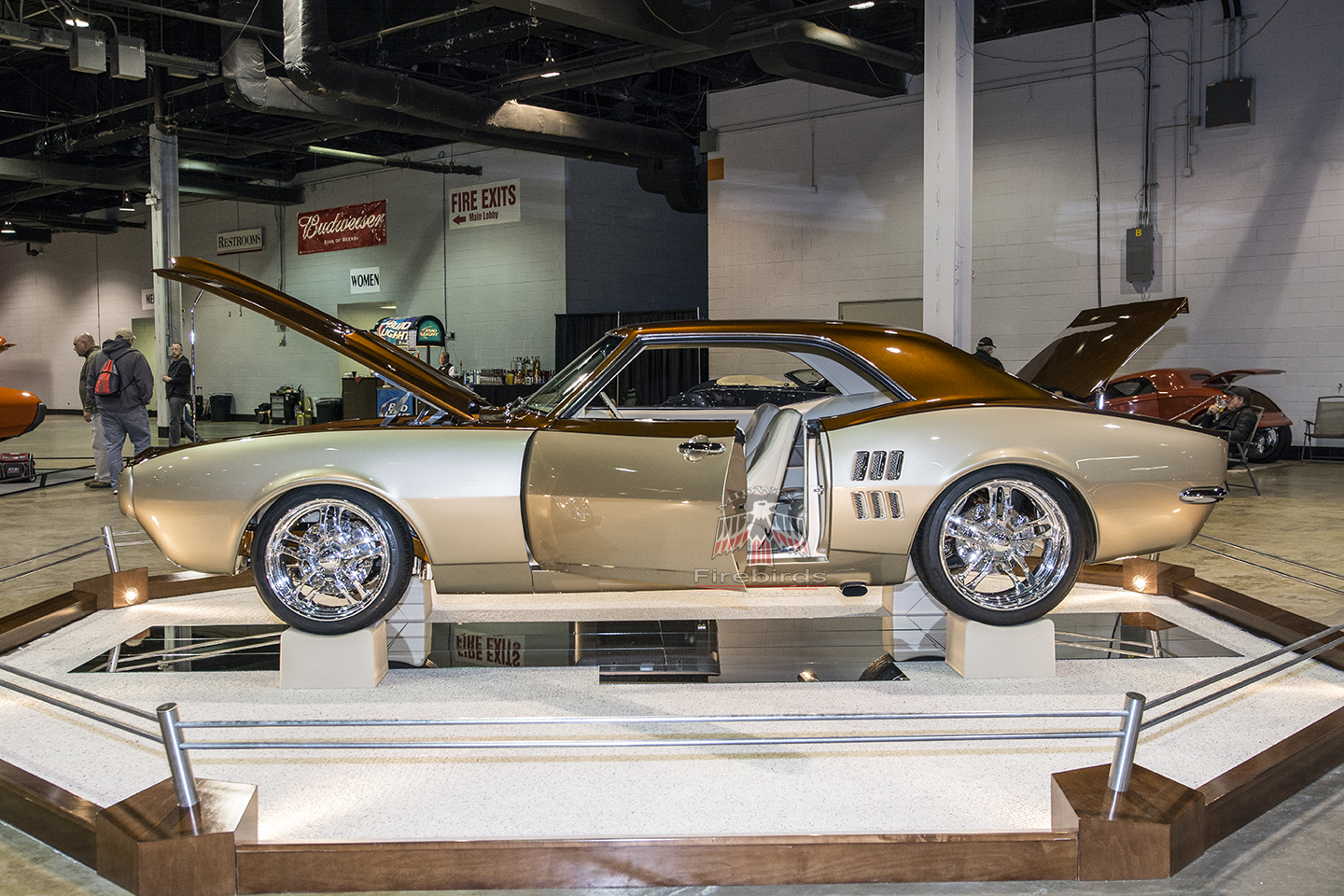 The Pontiac was displayed in a setting worthy of the extreme attention. 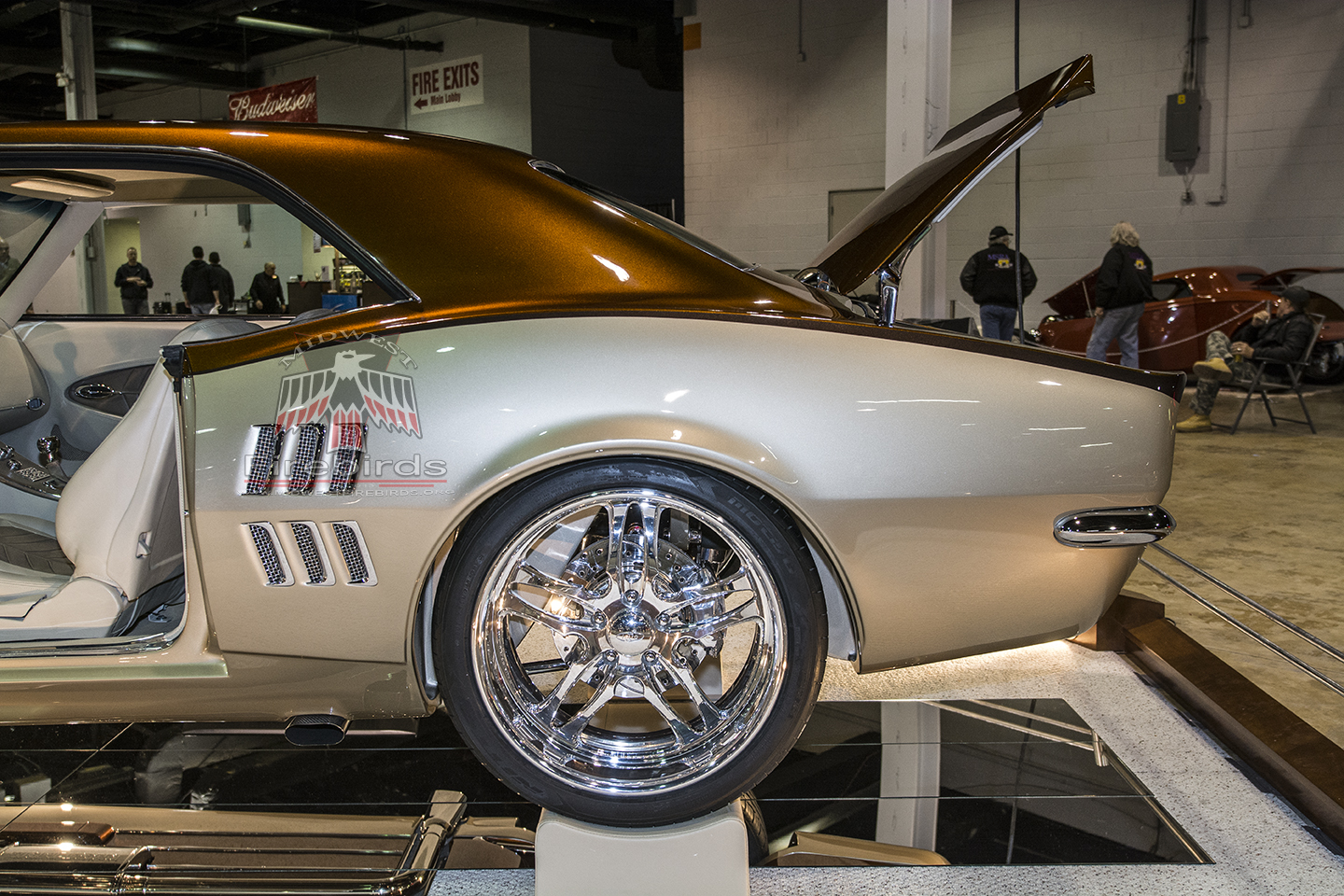 The rear quarter panels were given a custom look with chrome louver inserts. 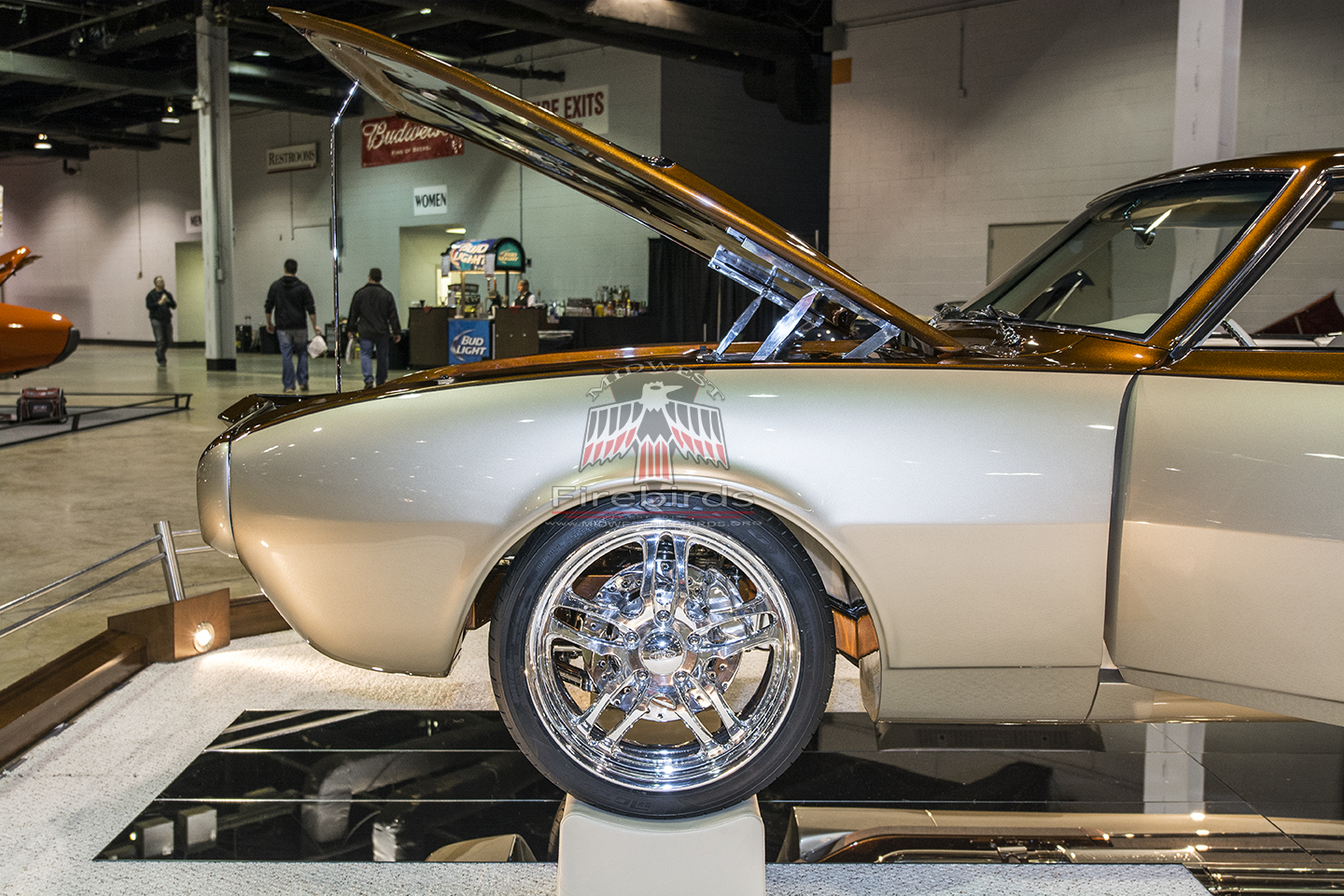 Massive disc brakes could be seen through the chromed wheels. 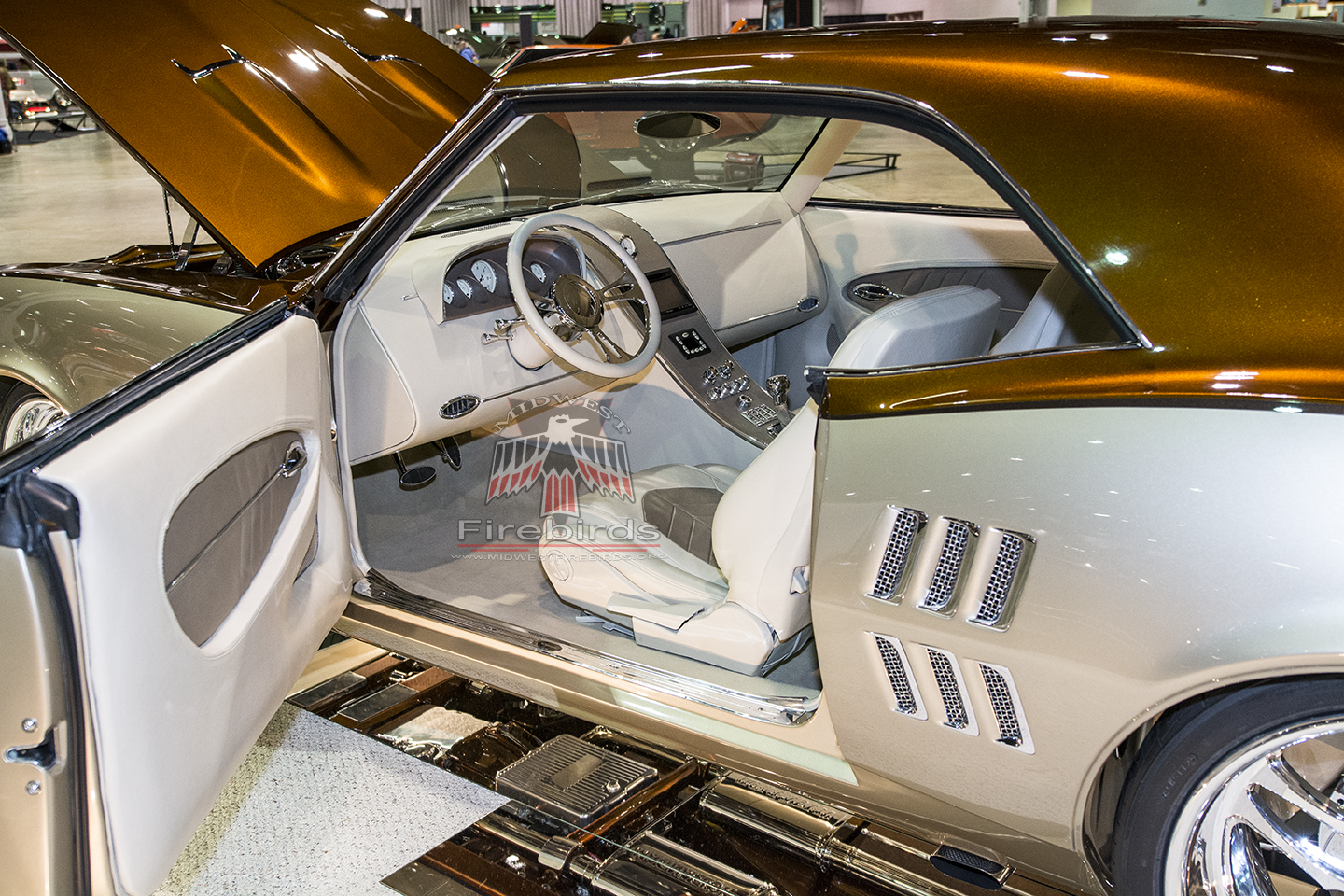 Peaking inside the interior, revealed a cabin as meticulously worked over as the exterior.

Bucket seats and a flow-through center console highlight the rear area of the cabin. 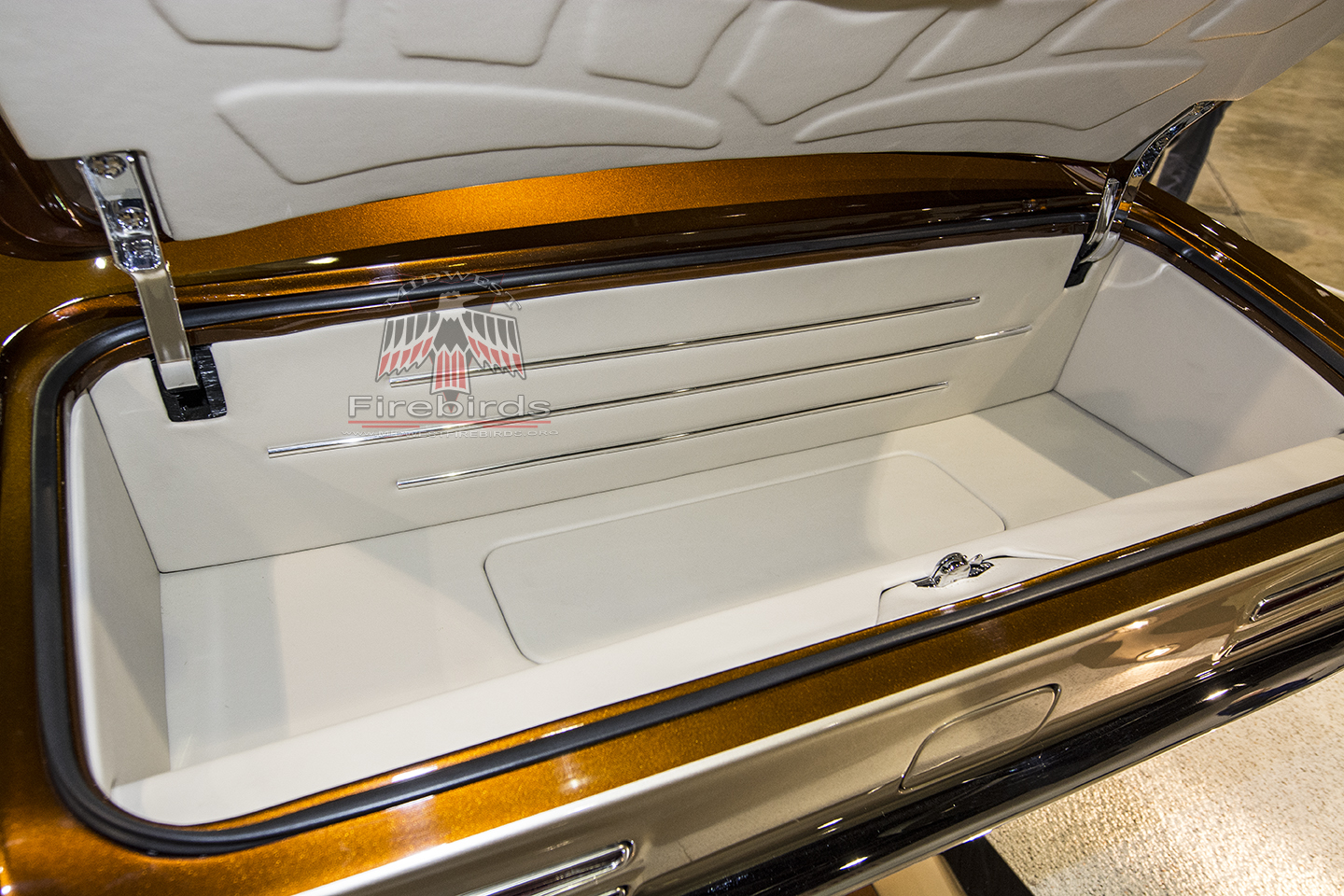 The trunk interior was neat, trim and very tidy.

The rear panels were heavily worked over to accommodate a flush bumper and insert. 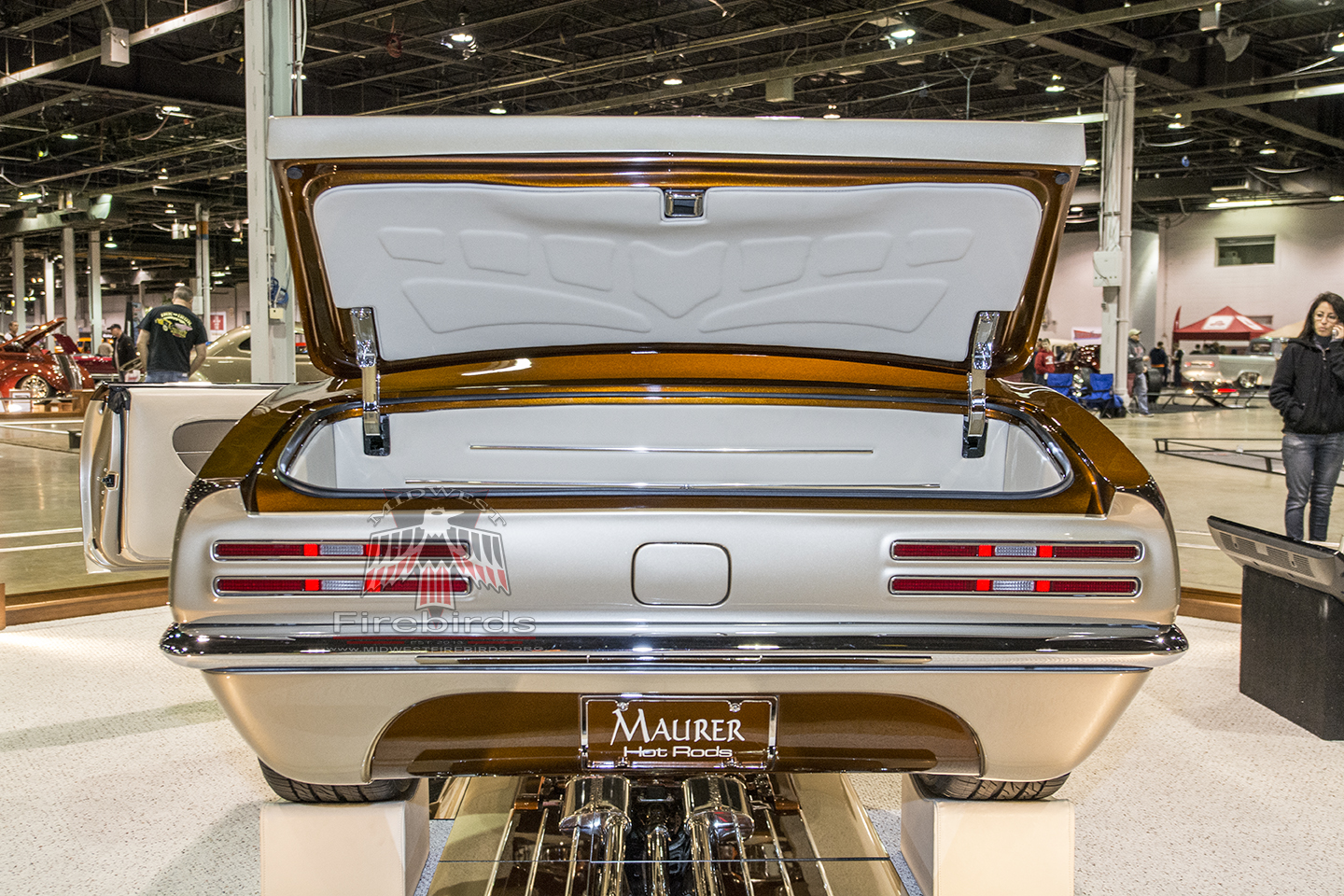 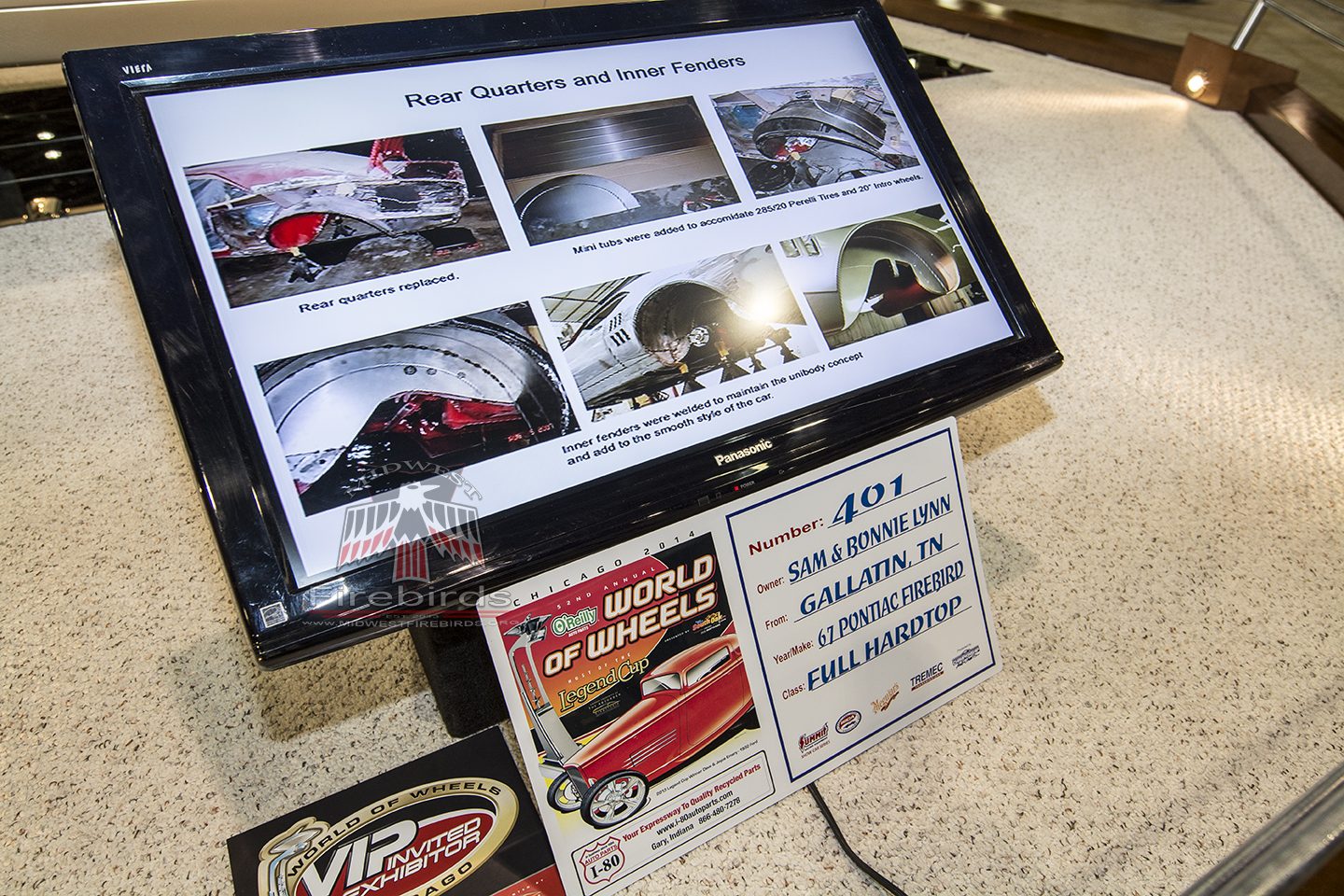 Sam and Bonnie Lynn own the Firebird. 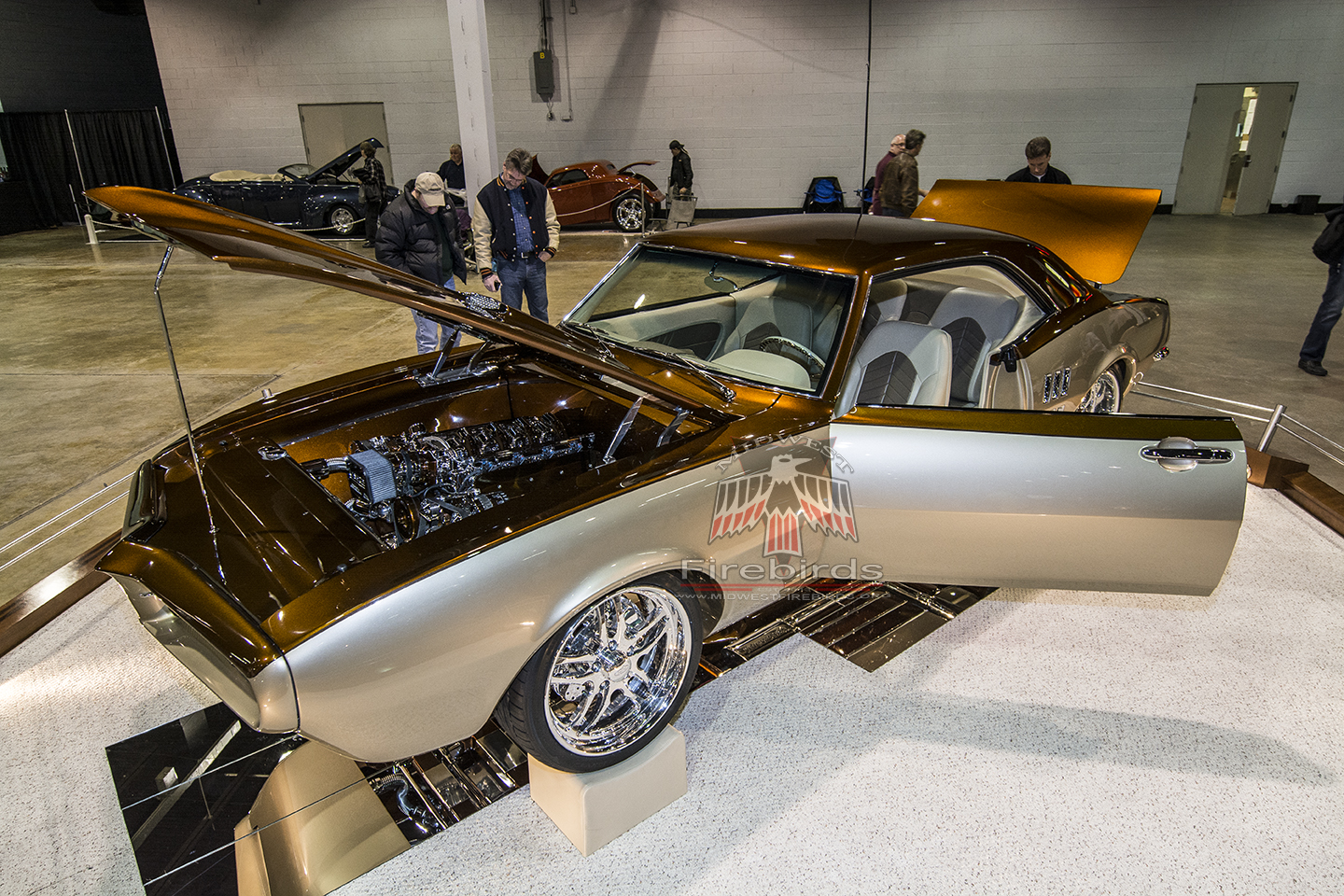 The amount of detail and extreme craftsmanship is astounding. 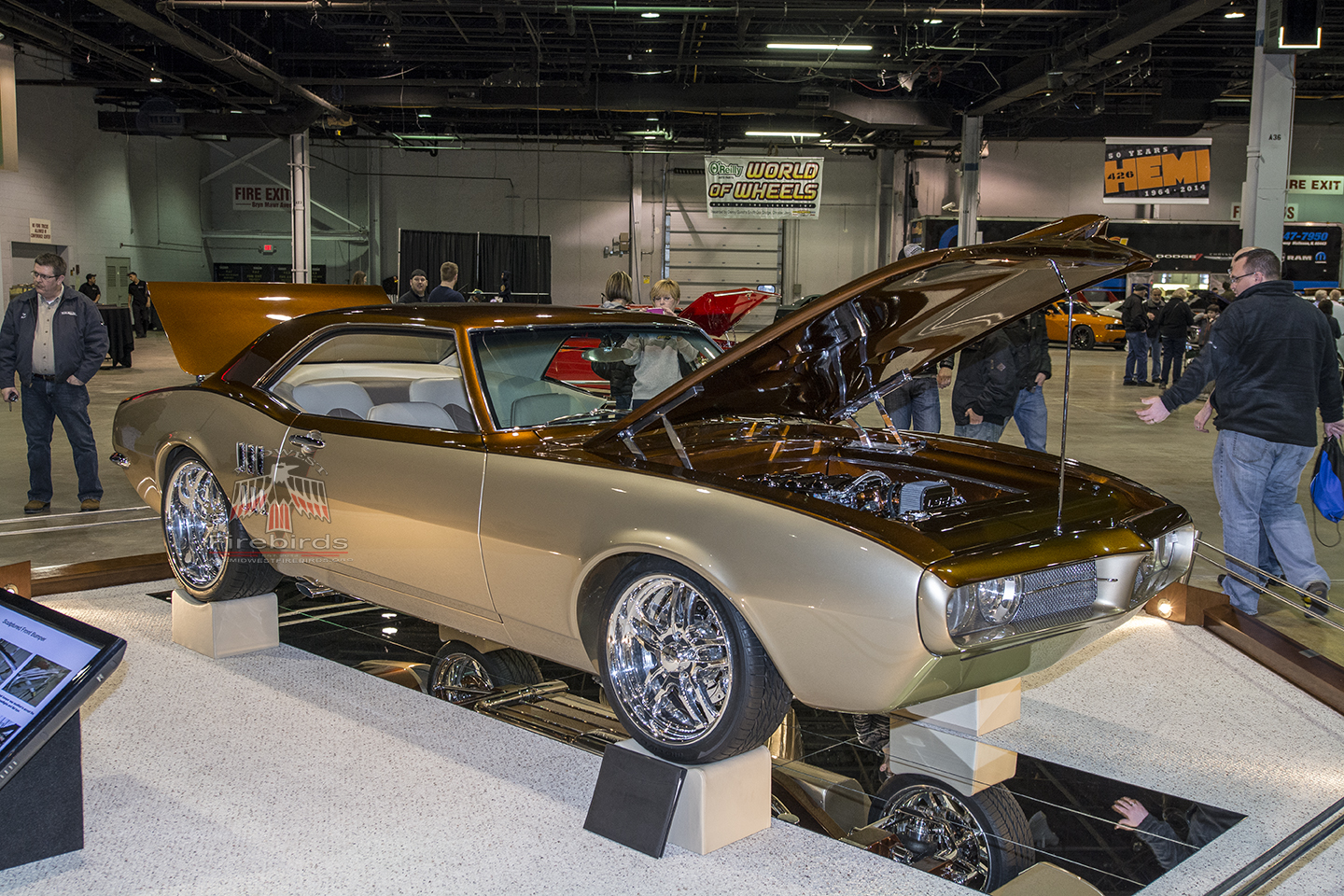 The ‘bird had no problem turning heads while at the car show. 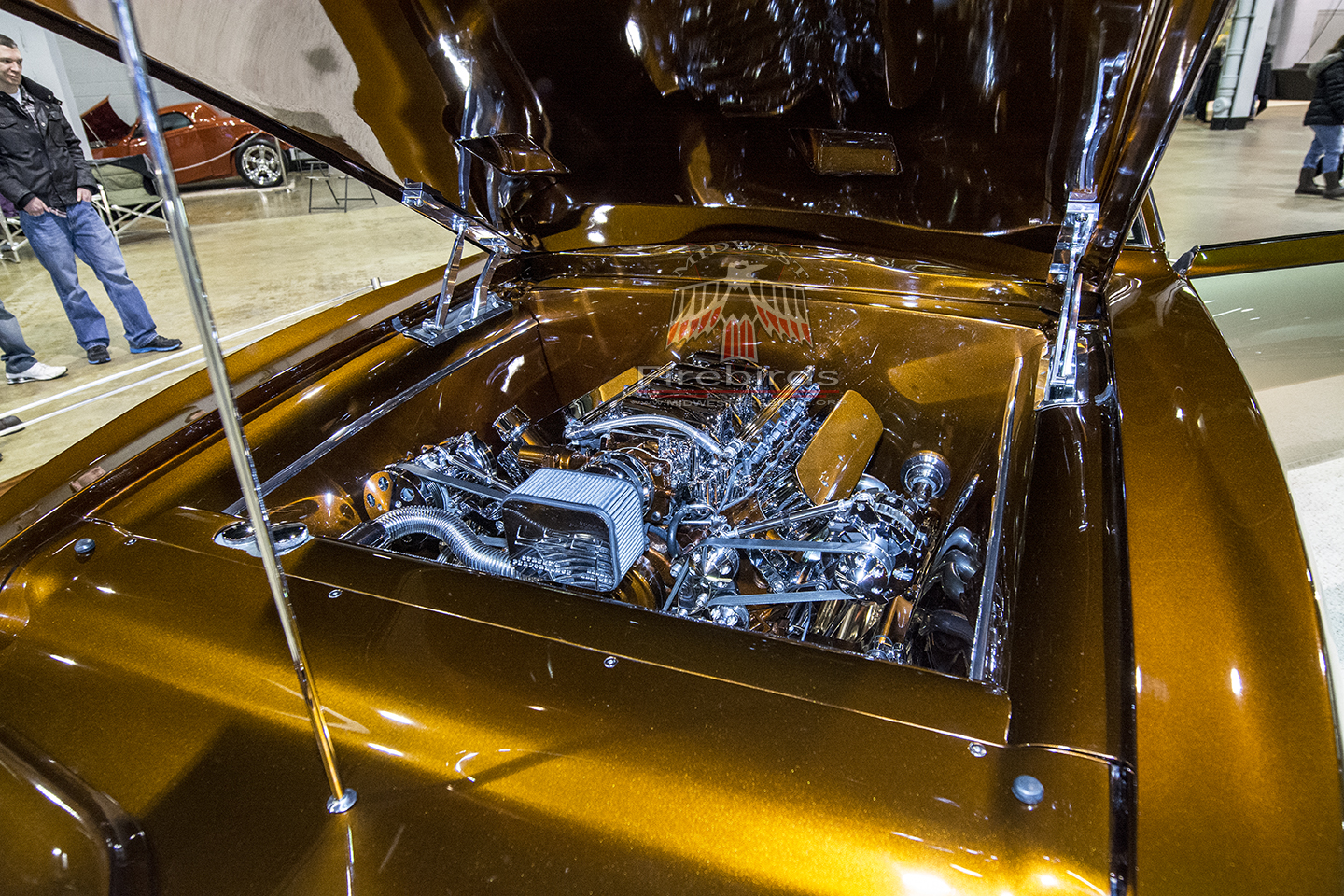 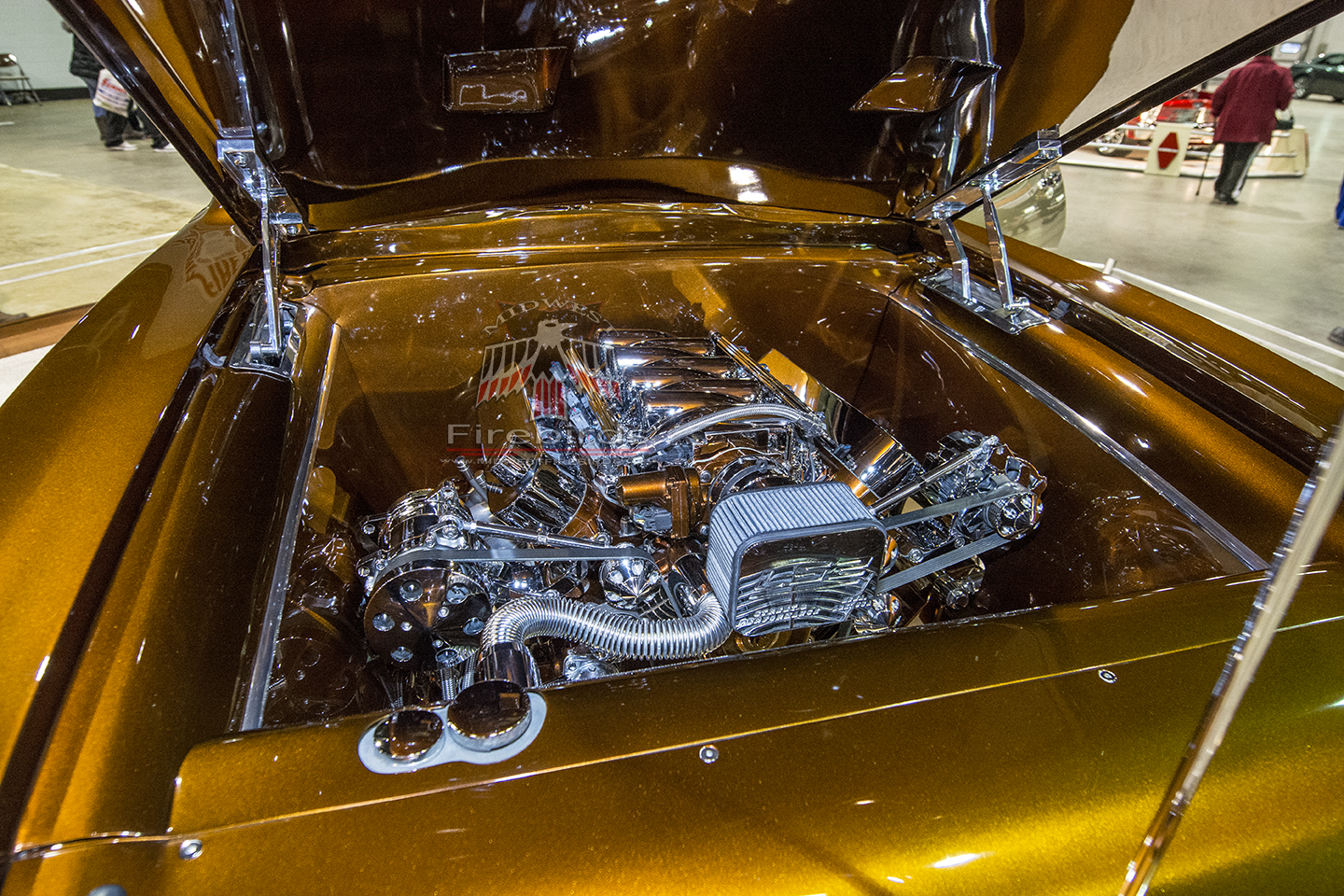 Smoothed fenderwheels and firewalls are some of the custom touches underhood. 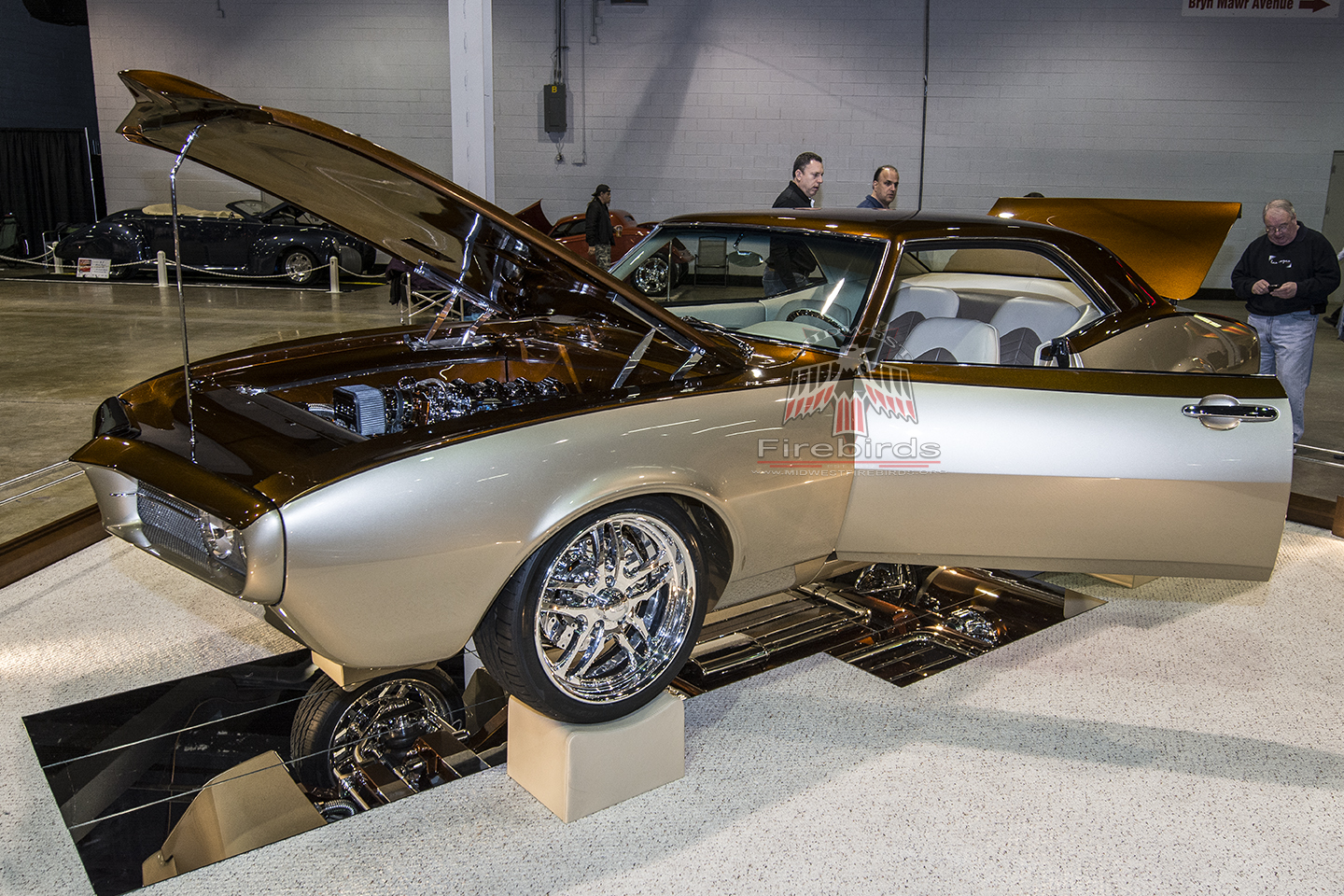 If you’re in the Midwest this weekend and want to see the stunning vehicle in person, the show runs Saturday and Sunday, from 10am-10pm and 10am-6pm.