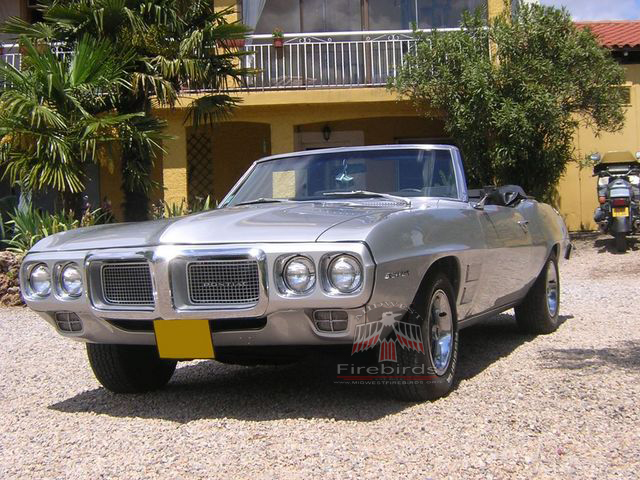 FRANCE: Bonjour amateurs Firebird (Hello Firebird enthusiasts)!! The roads around the City of Light are a bit brighter thanks to one enthusiast who shines brightly with his drop-top 1969 Pontiac Firebird OHC Sprint. Manuel G. lives just outside of Paris, France and purchased his vintage ride in 2001. He bought it from a friend who lived in the good ol’ US of A. The odometer currently shows 54,963 miles and Manuel received a healthy stack or original paperwork with the vehicle. “I bought this car because I found it has a beautiful line, was original and was a convertible,’ said Manuel. A rare option on the vehicle is the rear luggage rack – a hard to come by accessory even in the states. In his years of ownership the Pontiac fan has completed quite a bit of restoration work on his convertible. He’s replaced such things as the front axle mounts, ball joints, alternator, ignition, power steering hoses, new spare wheel and master cylinder. If you think you have it bad ordering parts for your own ‘bird, just what until you hear what Manuel goes through. He orders from the usual suppliers like Classic Industries or NDP but pays a hefty price. “With transportation and customs tax the price is multiplied by two!,’ said Manuel. That doesn’t keep him from getting out in the countryside and enjoying his convertible. And while it’s quite rare to see an American muscle machine cruising the back roads of France, Manuel’s Pontiac stands out even more with what’s underhood. Between the front fenders lies a four-barrel 250ci inline six-cylinder. Manuel enjoys American machinery so much he’s currently the president of the Américan Engines car club. He created in 2007 and enjoys celebrating vintage motoring with like minded enthusiasts. Would we jump at the chance to bring our classic Firebirds over and cruise with this passionate bunch? Oui, oui monsieur!! 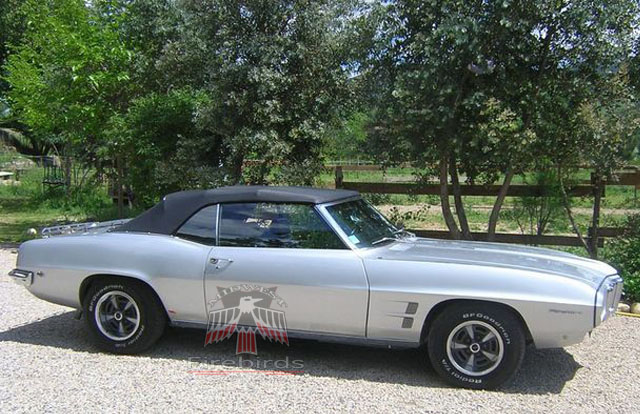 The vehicle was sold new at Tropical Pontiac, in Gainsville, FL. 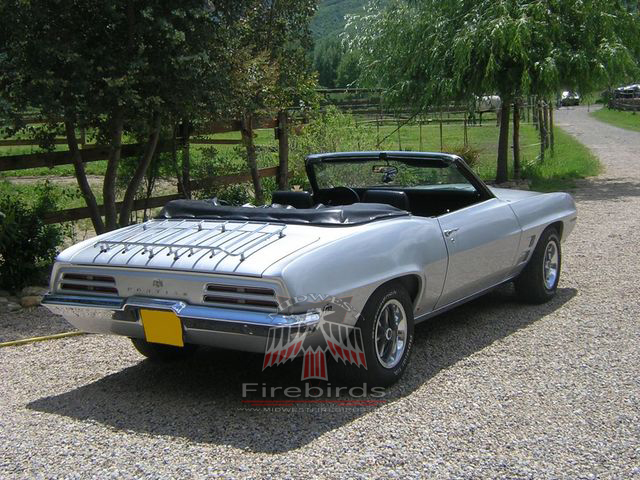 The Firebird was installed with a rare option: a rear luggage rack. 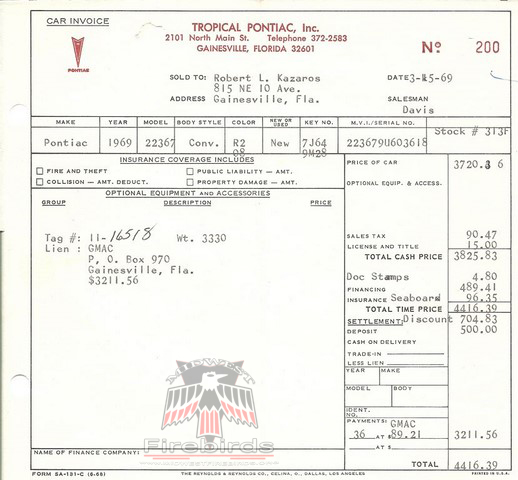 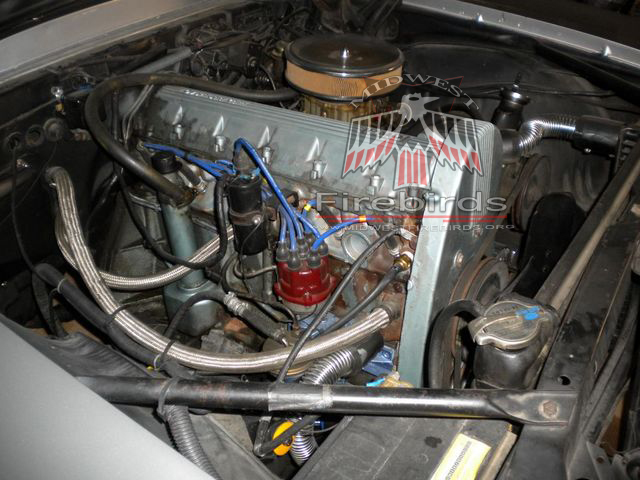 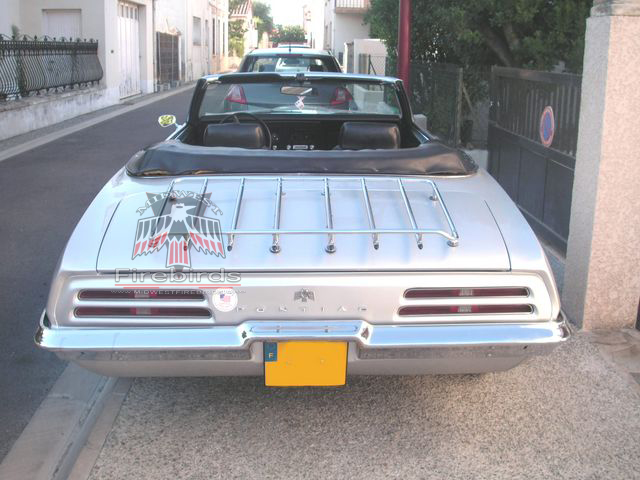 A luggage rack is something seldom seen even on Firebirds in the US. 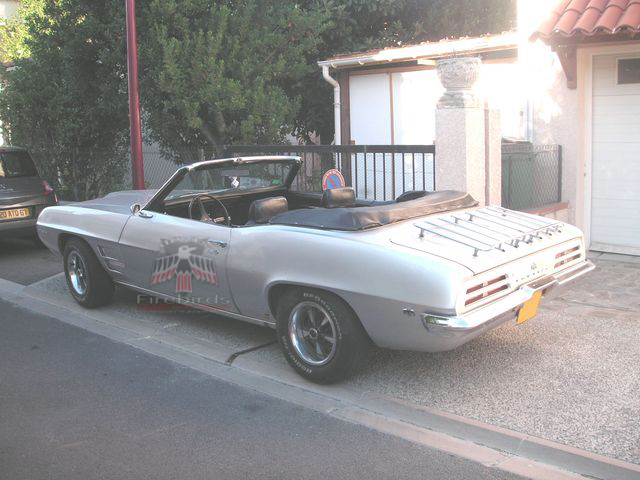 Manuel pays roughly twice the amount for parts for his car. 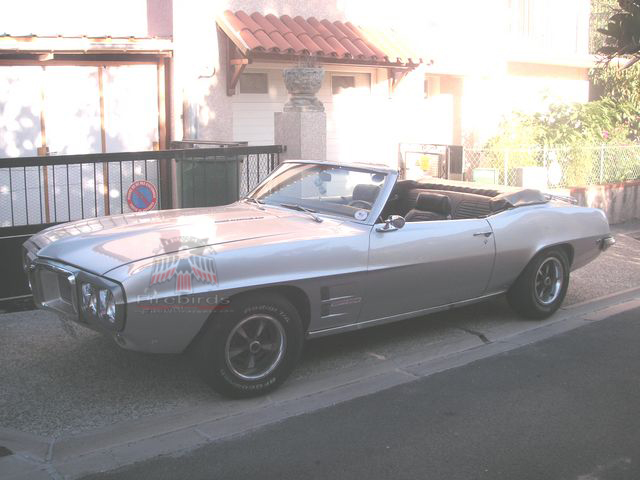 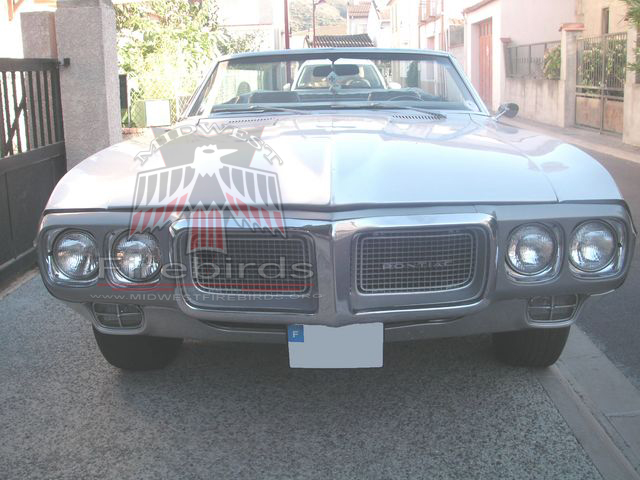 Manuel formed a car club in 2007 for American cars. 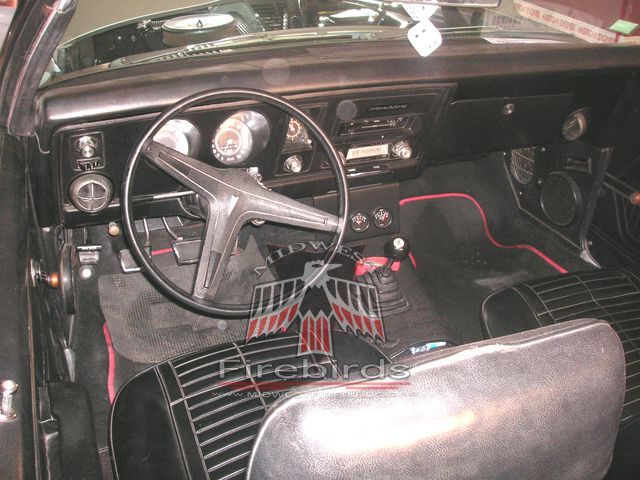 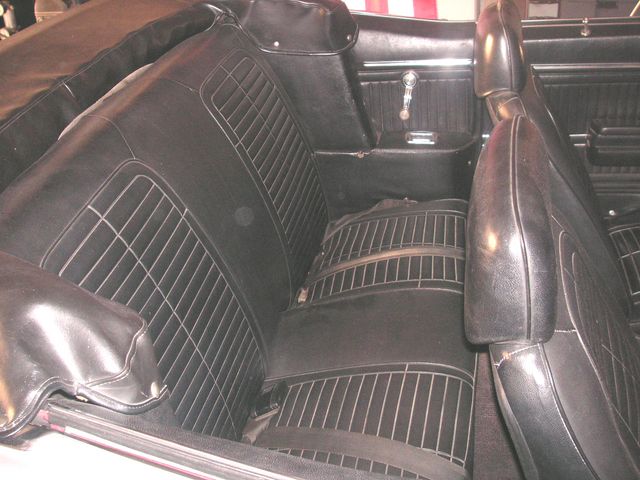 The black interior has been left in stock condition.

The Firebird came with loads of original paperwork like the Warranty Protection Plan and Retail Instalment Contract. 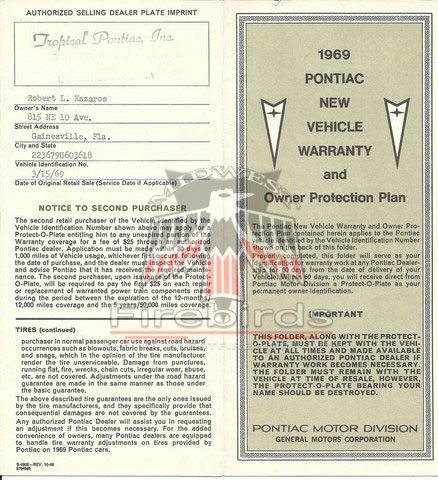 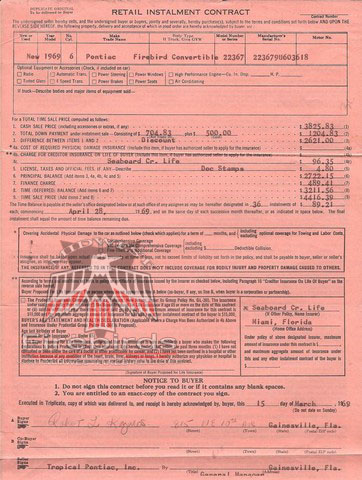