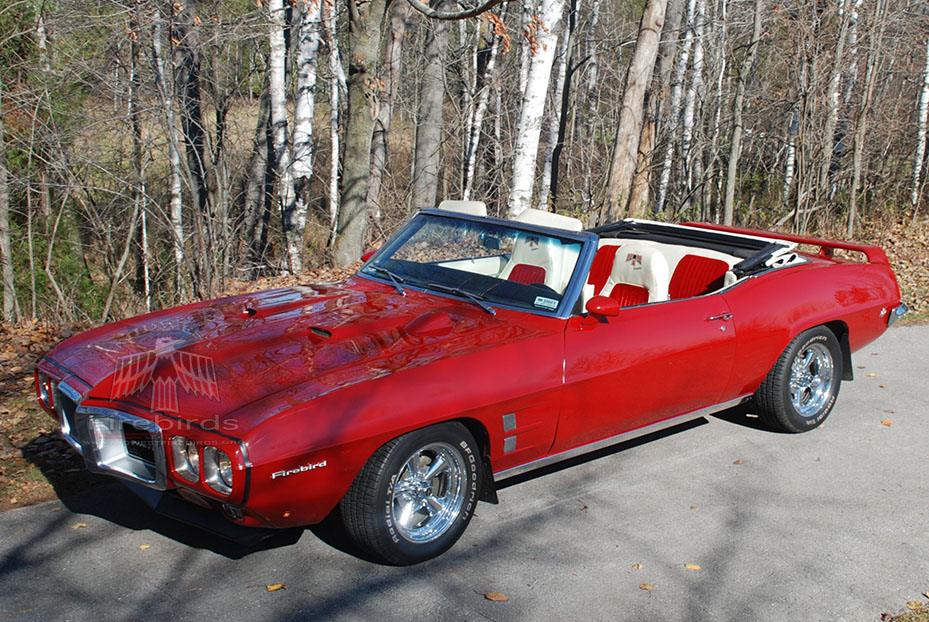 It’s no secret that bringing a vintage Firebird back to life takes time. Alot of time. In member Lee E’s case, he logged close to what he estimates as 10,000 hours getting his 1969 convertible show and roadworthy. The car was originally sold in New York. Lee purchased it in July 2005. “It appears to have been stripped for parts at one point,’ said Lee. “Then someone decides to start restoring it and gave up or for whatever reason, at which point it sat for MANY years.  I know this because the pistons for the engine were wrapped in newspaper dated 1985!” All that sitting caused further problems for the Pontiac enthusiast. “It sat in primer for probably close to 20-years.  As you may know, primer doesn’t make a good vapor barrier, so I ended up replacing a lot of rusted sheet metal that had already been replaced and never finished.” The interior was ‘pretty much gone’ and had mismatched non-original seats and a dash pad. “I had to track down and replace just about everything inside.  The front seat that I had was incredibly uncomfortable and since it needed new springs, foam, and recovering anyway, I just decided to go with something better.” Lee ended up installing seats from a 1998 Camaro which he converted to full power on both sides. He also re-upholstered them himself. He had a shop complete the embroidery in the proper parchment vinyl to match the rest of the interior. The back seat was completed in the same way. “The rest of the interior is mostly stock except for the console that I added. I went from the original 2-speed auto (missing) column shift to the TH400 floor shift. The one thing the car came with that I don’t have is the tilt wheel (it’s a long story!).” Modifications on the outside include lowering the front end 1-inch so the stance was level, which Lee prefers to the factory look, disc brakes and a sway bar. Underhood is the numbers-matching 350ci V8 engine and original 2.76 Safe-T-trac rear end. “I rebuilt the engine similar to a 350HO, balanced and blue printed, etc. It’s running a GM HEI distributer, and long branch exhaust manifolds.  I did some upgrades on the wiring and such.” Lee installed a newer 80-amp alternator, heavier wiring on some of the circuits, an accessory fuse box and brighter Halogen headlights on relays. The good news for Lee is that all that hard effort has paid off. Now, the only time he’ll be spending with his Firebird is hours spent driving and enjoying it. 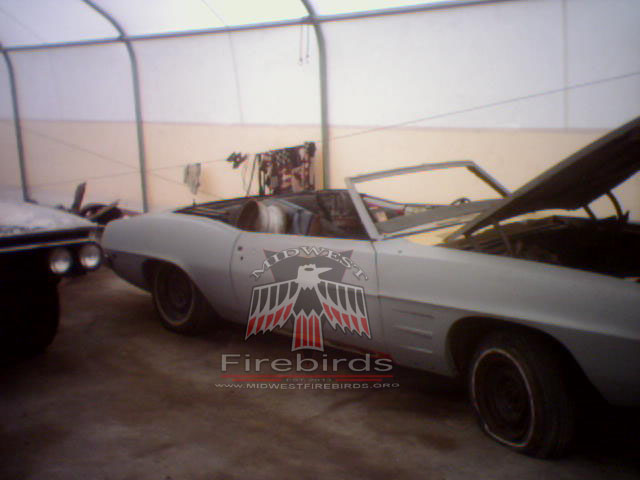 Here’s how the convertible looked when Lee first came across it in 2005. 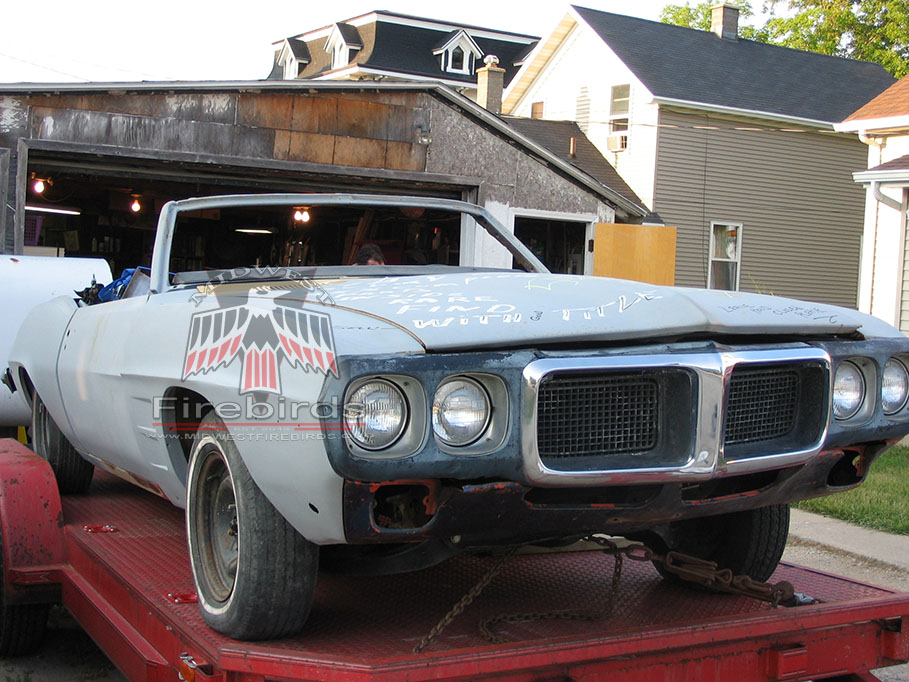 When the Firebird was loaded up for the drive home. Lee said the transmission was on the passenger side floor and the engine block was in the back seat. 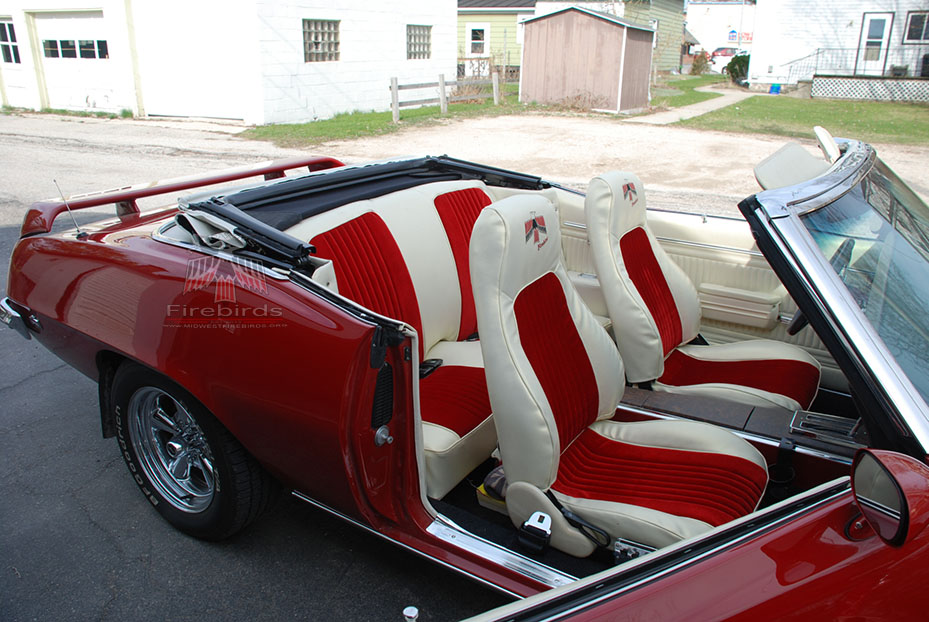 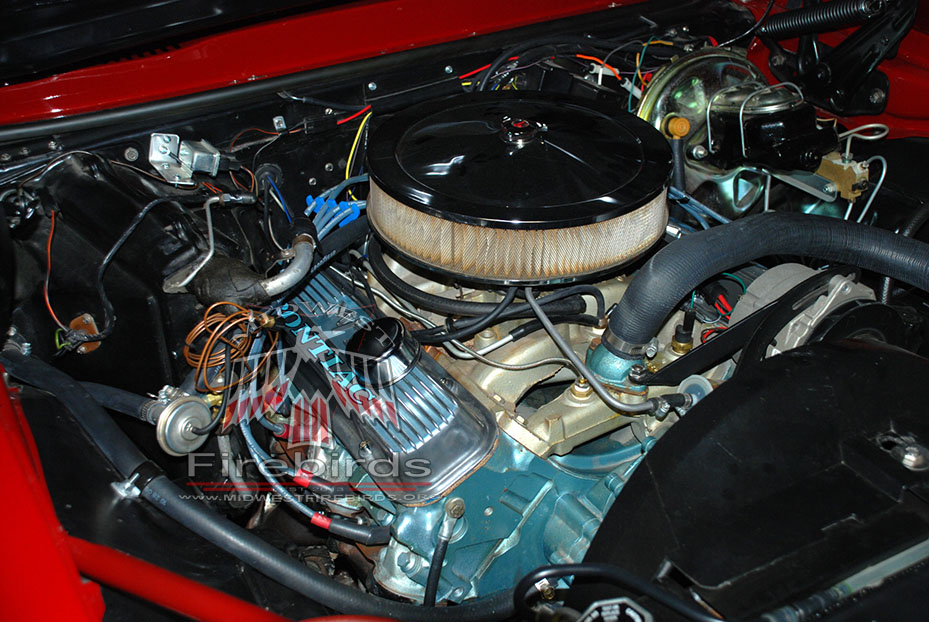 Lee rebuilt the engine similar to a 350H0. 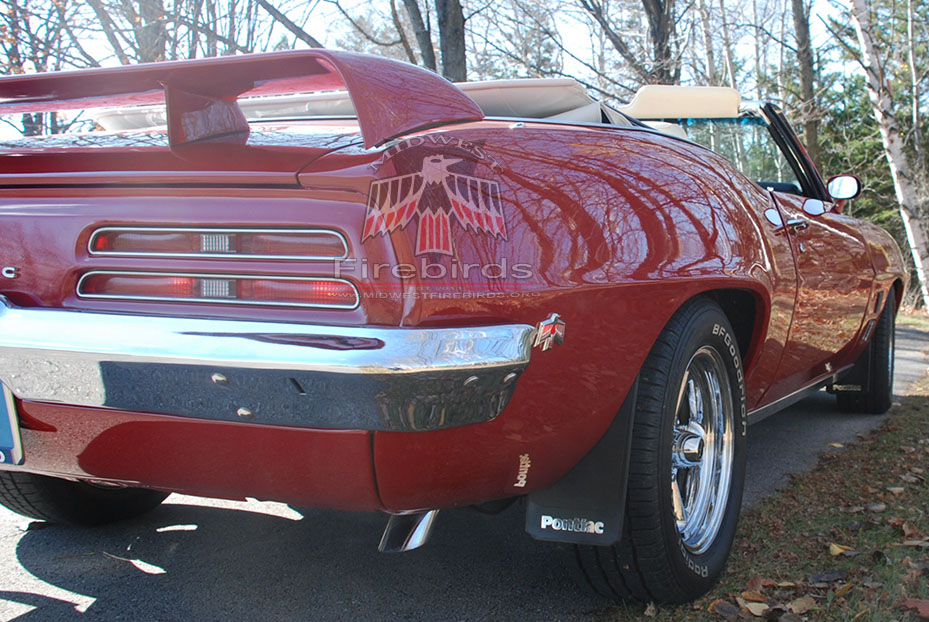 Lee estimates he poured 10,000 hours into the project.