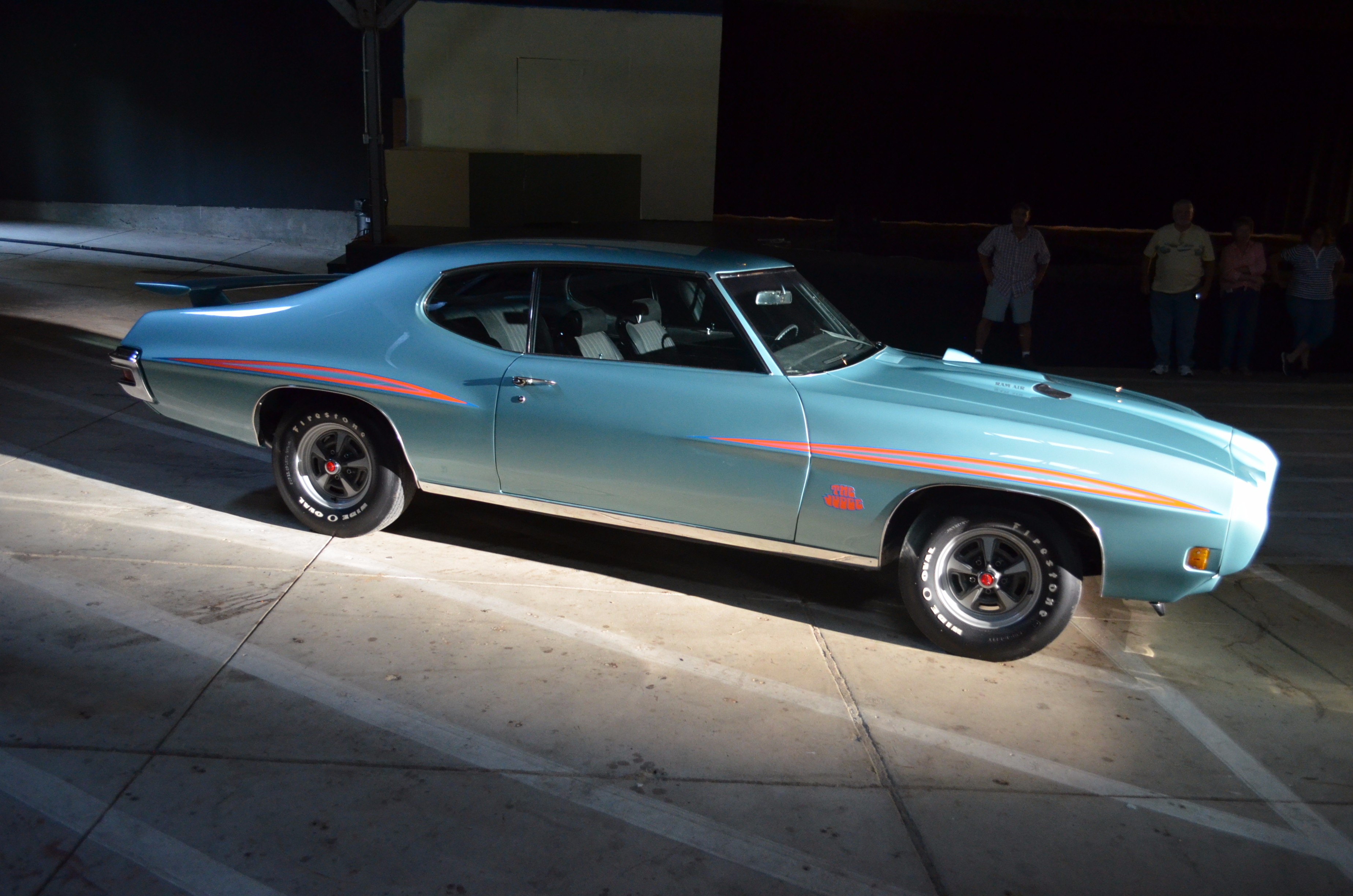 On Sat. June 27 one of my GTO buddies and I made the trip to Pontiac, Illinois to participate in the “Unveiling” of Tim and Penny Dye’s 1970 GTO Judge. Tim, the curator of the outstanding Pontiac Oakland Automobile Museum in Pontiac, and one of the most sought-after speakers on the POCI show circuit. 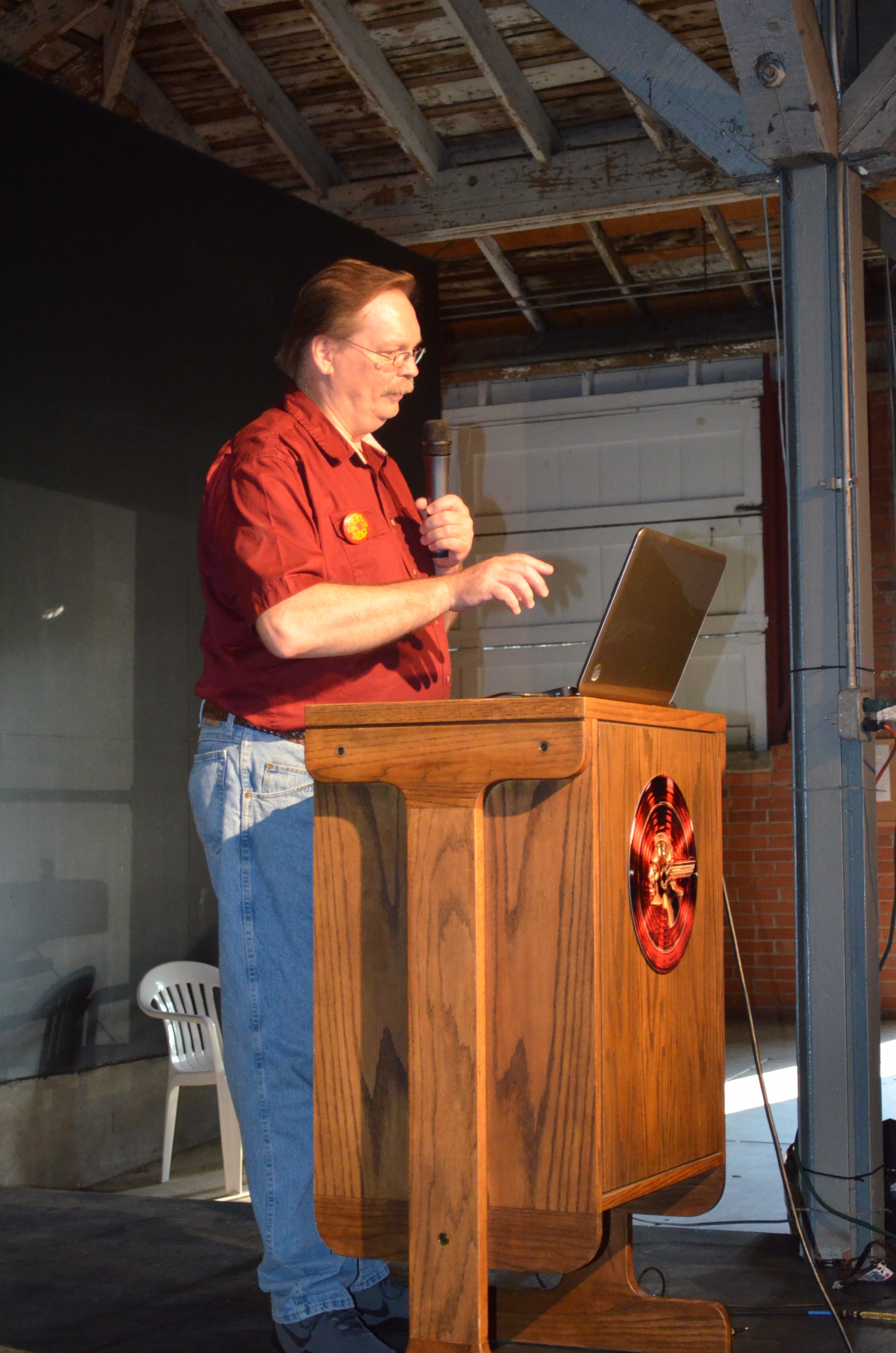 The restoration was outlined by Tim with a nicely presented power point. 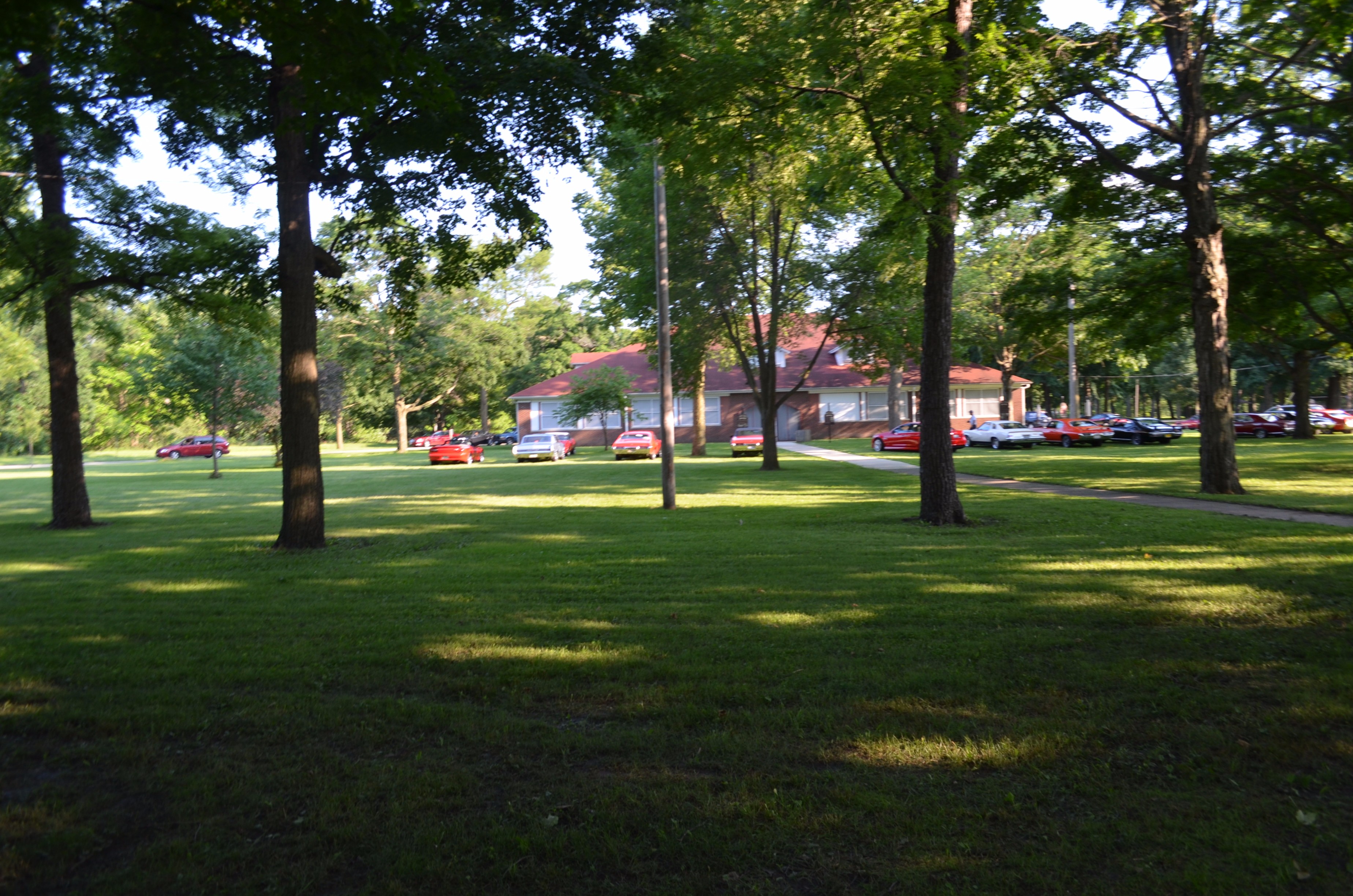 Several GTO’s parked outside the pavilion hinted at what was happening inside! 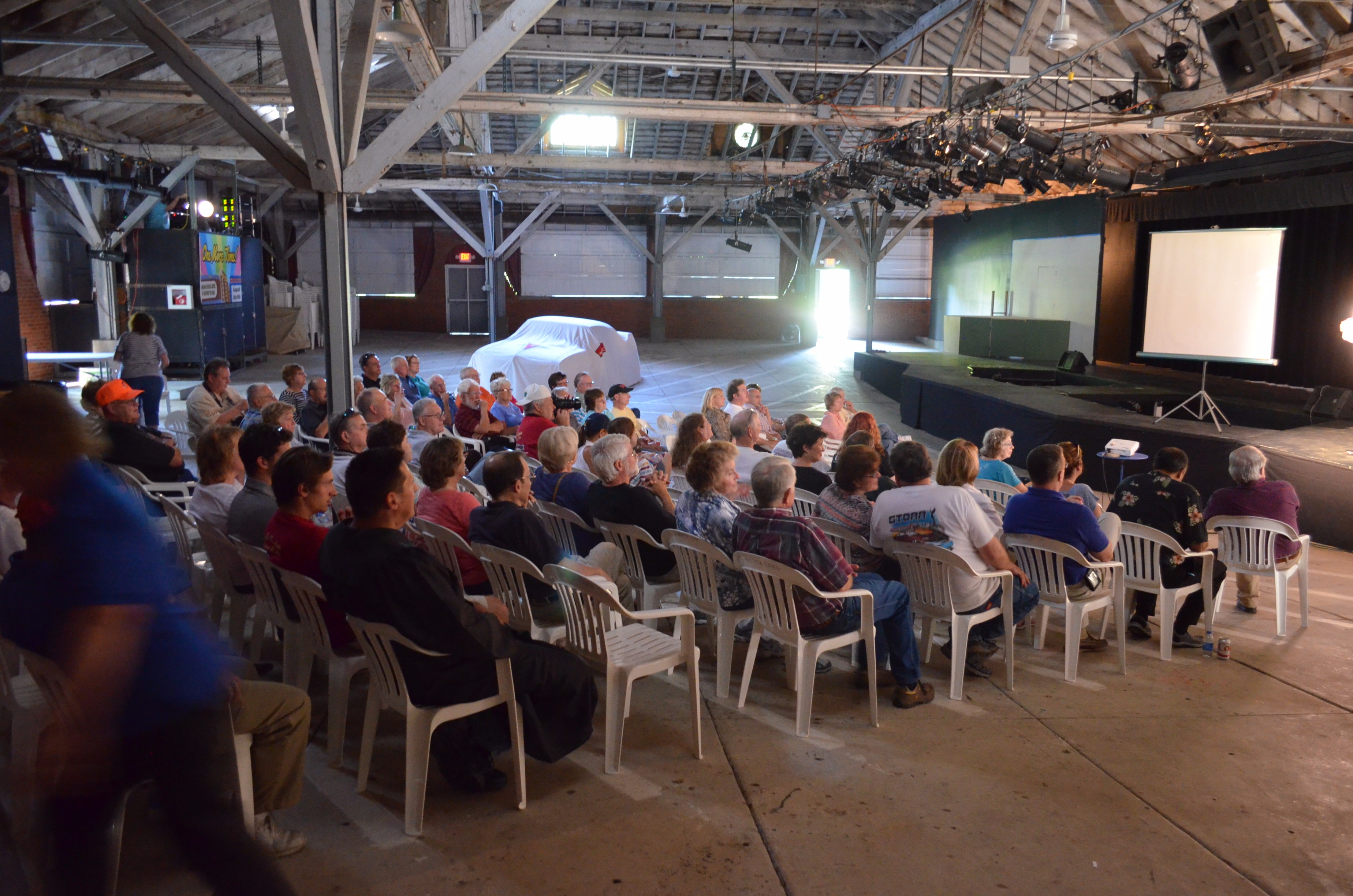 The reason this event was such a big deal is because of the rarity of the car.  Tim said, “We think the Judge is one of 6 painted in the rare color “Mint Turquoise Metallic.”  It is a 4-speed, Ram Air III with Air Conditioning.  It was sold new at Miner Pontiac in Tulsa, Oklahoma.  It has 45,000 miles on it, and many original pieces like seats, door panels, dash, tail lights and headlight bezels.” 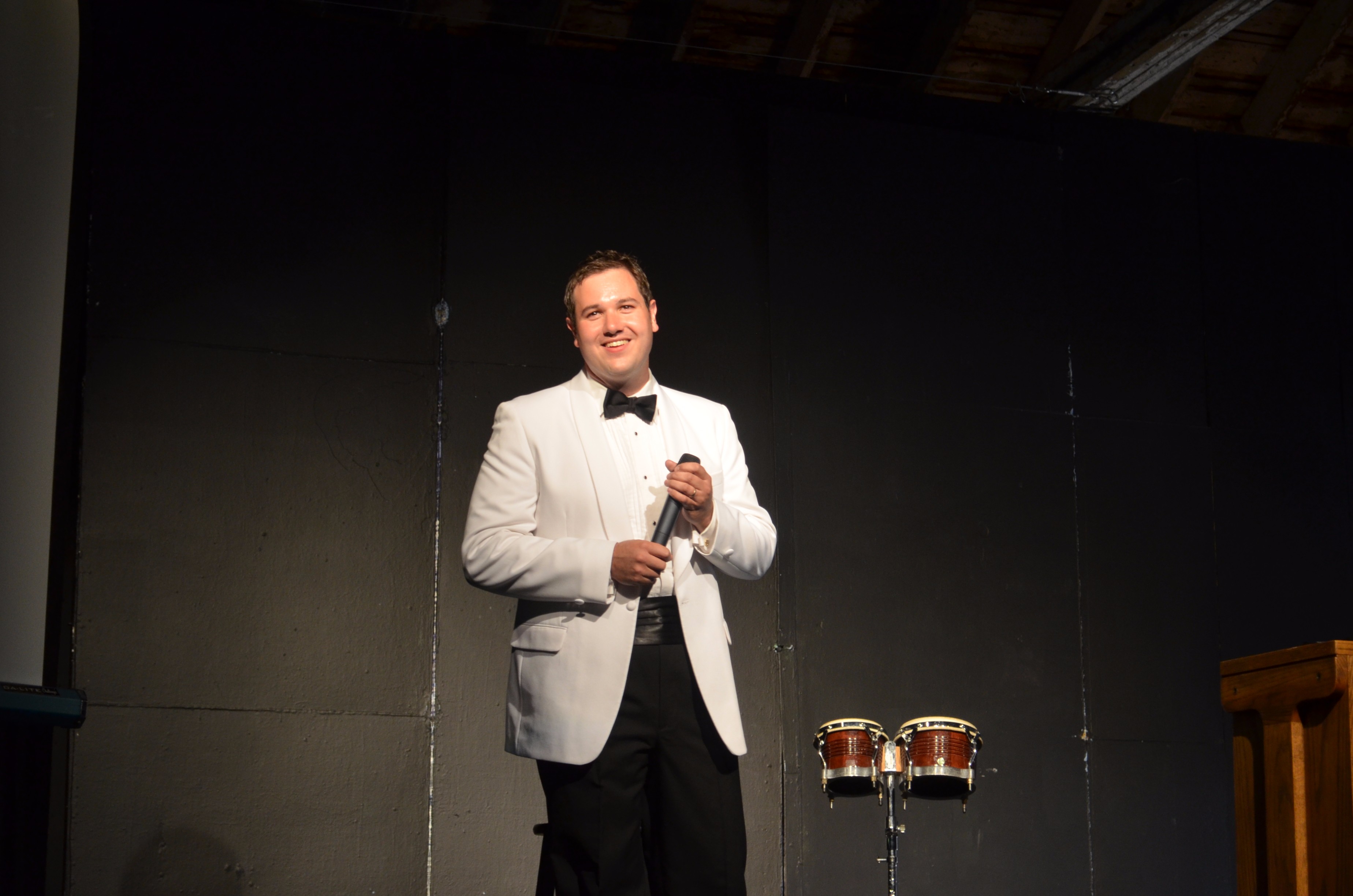 The restoration was just completed by Marvin Minarich Jr. owner of “Marvin’s Motor City”, a highly respected restoration shop in Morris, IL.  Notice that Marvin Jr. seems a bit overdressed for the occasion.  That is because he also provided most of the entertainment for the evening prior to Tim’s presentation which focused on the history of “The Judge.” Marvin is quite popular for his stylish renditions of Frank Sinatra, Dean Martin, and Bobby Darin vocals and we were treated to some of each, in an outstanding display of classic 50s music. Marvin is also often sought to perform his rendition of our National Anthem at local car shows such as the Indian Uprising. A many talented guy! 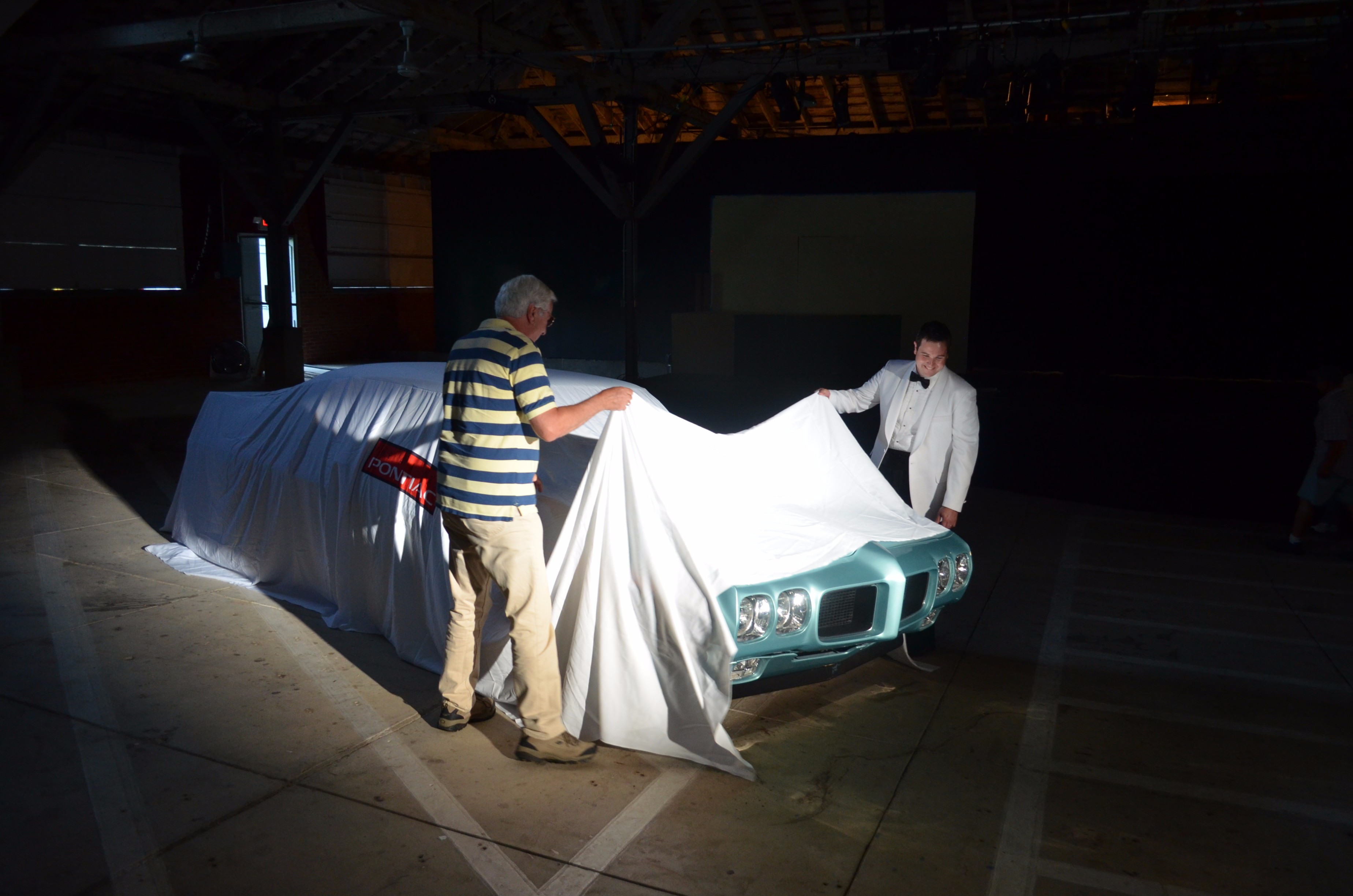 Marvin and his father were given the honor of unveiling this beauty. 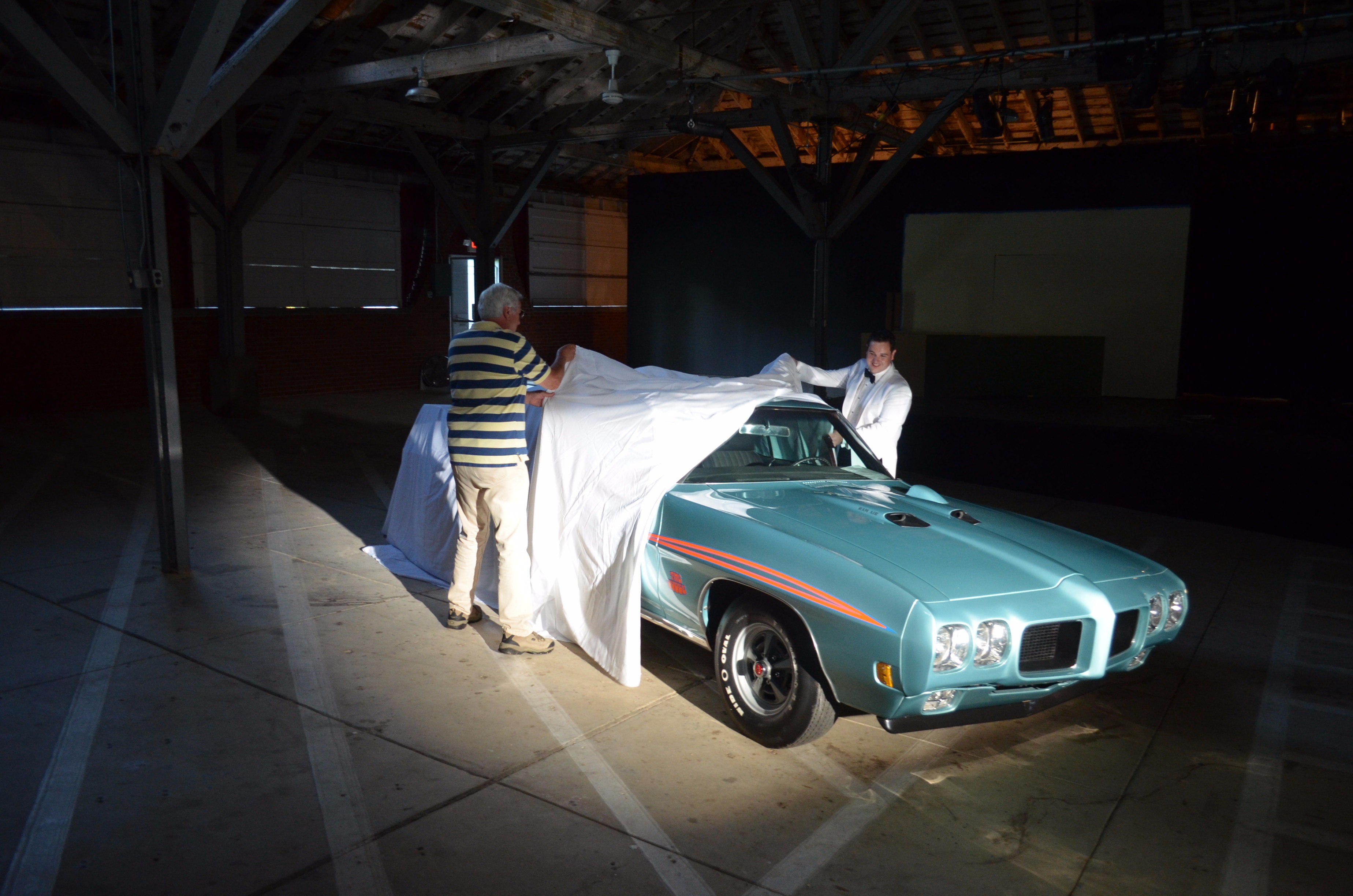 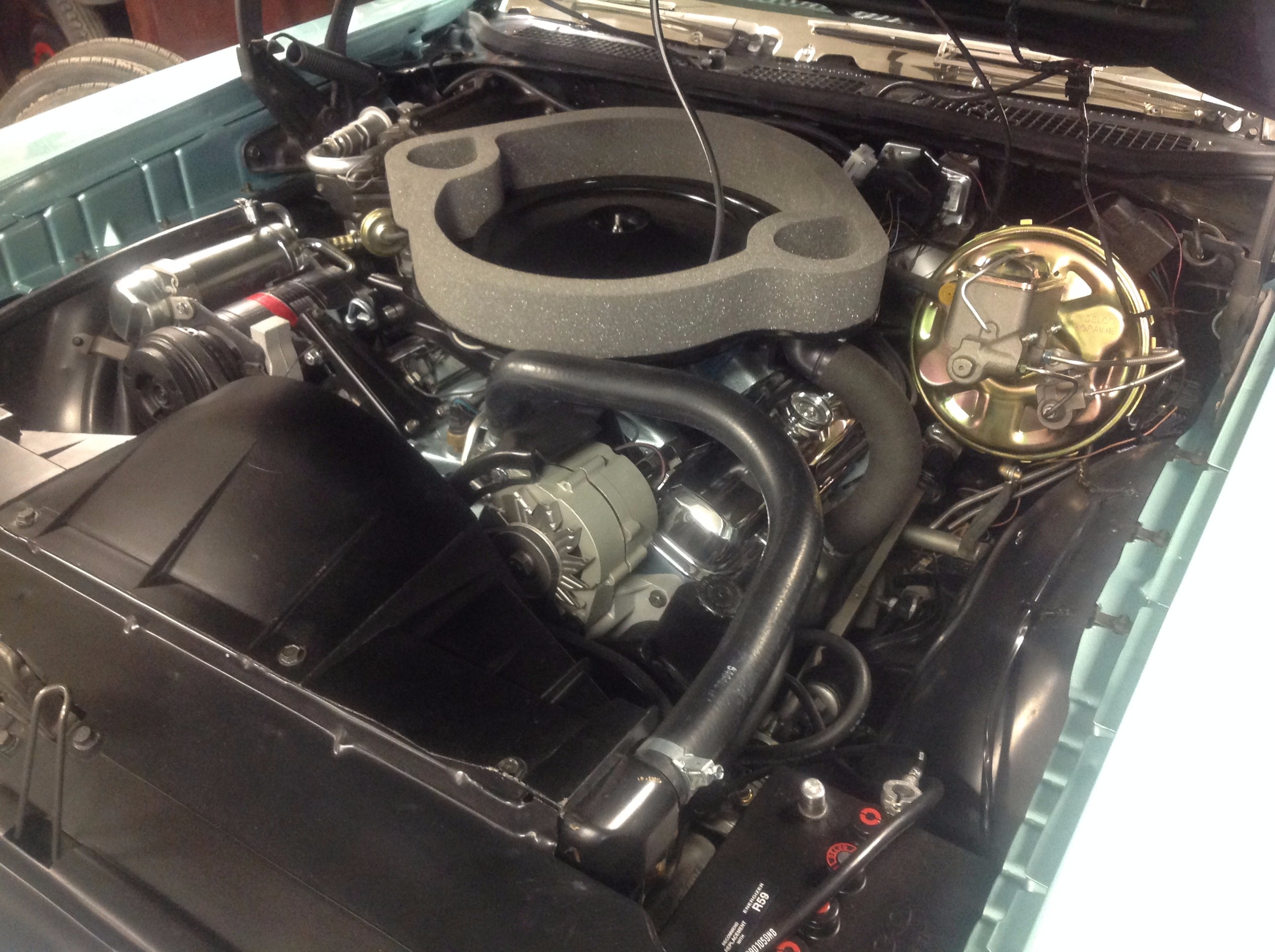 A potent Ram Air III engine is at the heart of this Judge’s power. 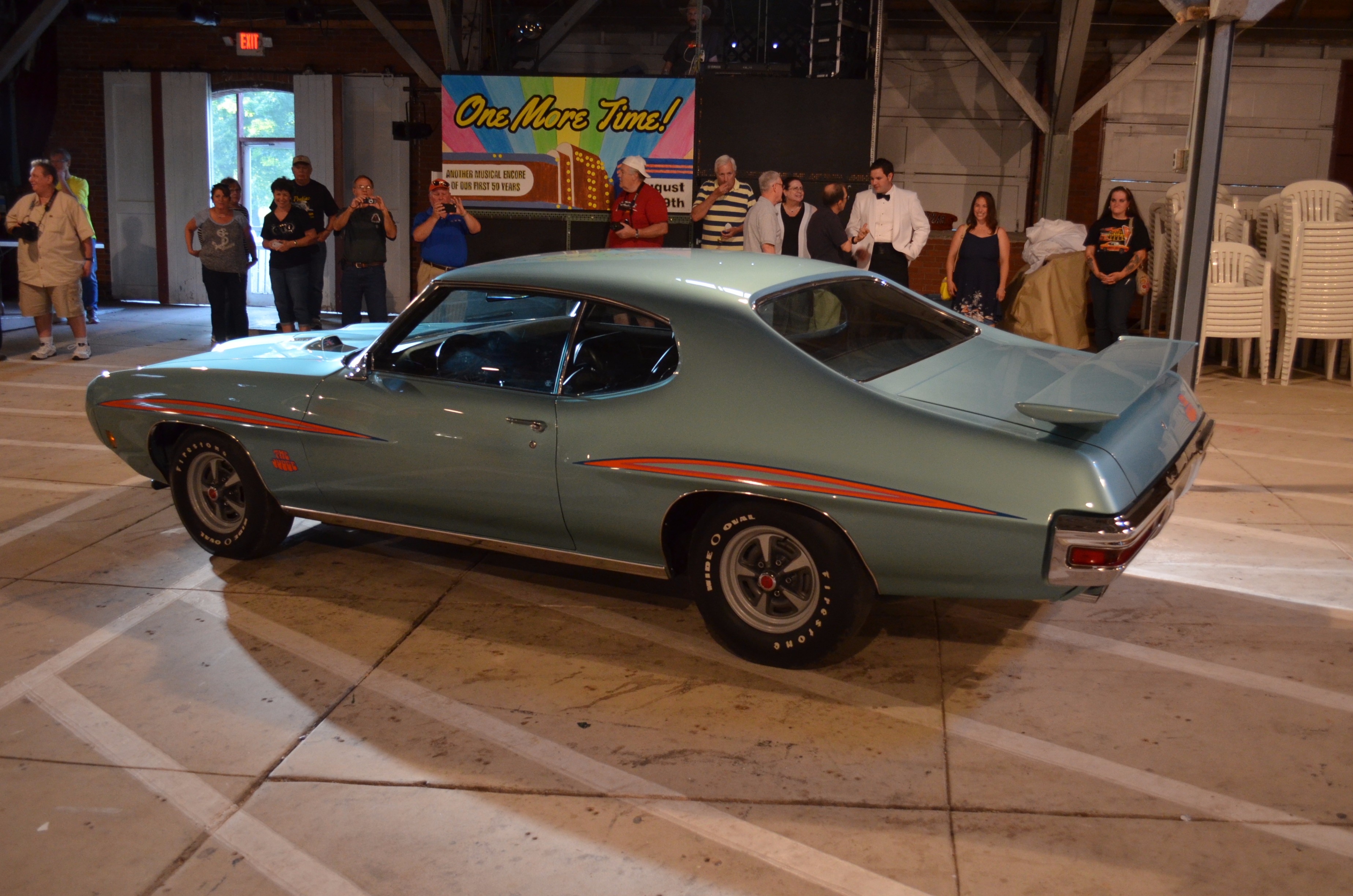 The 1970 GTO is one of the most sought-after years for classic car collector, and this one of 6 produced Judge is icing on the cake. 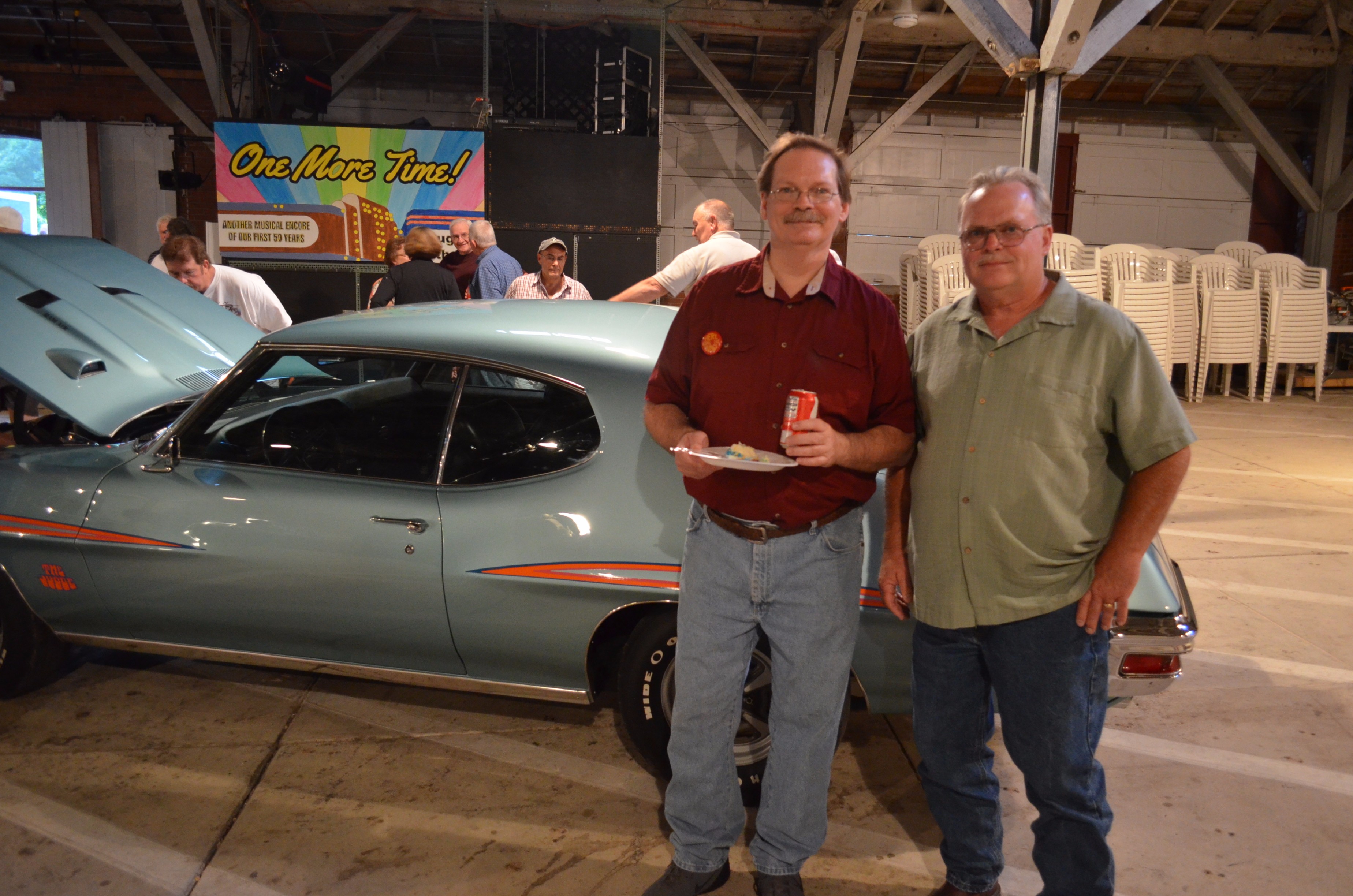 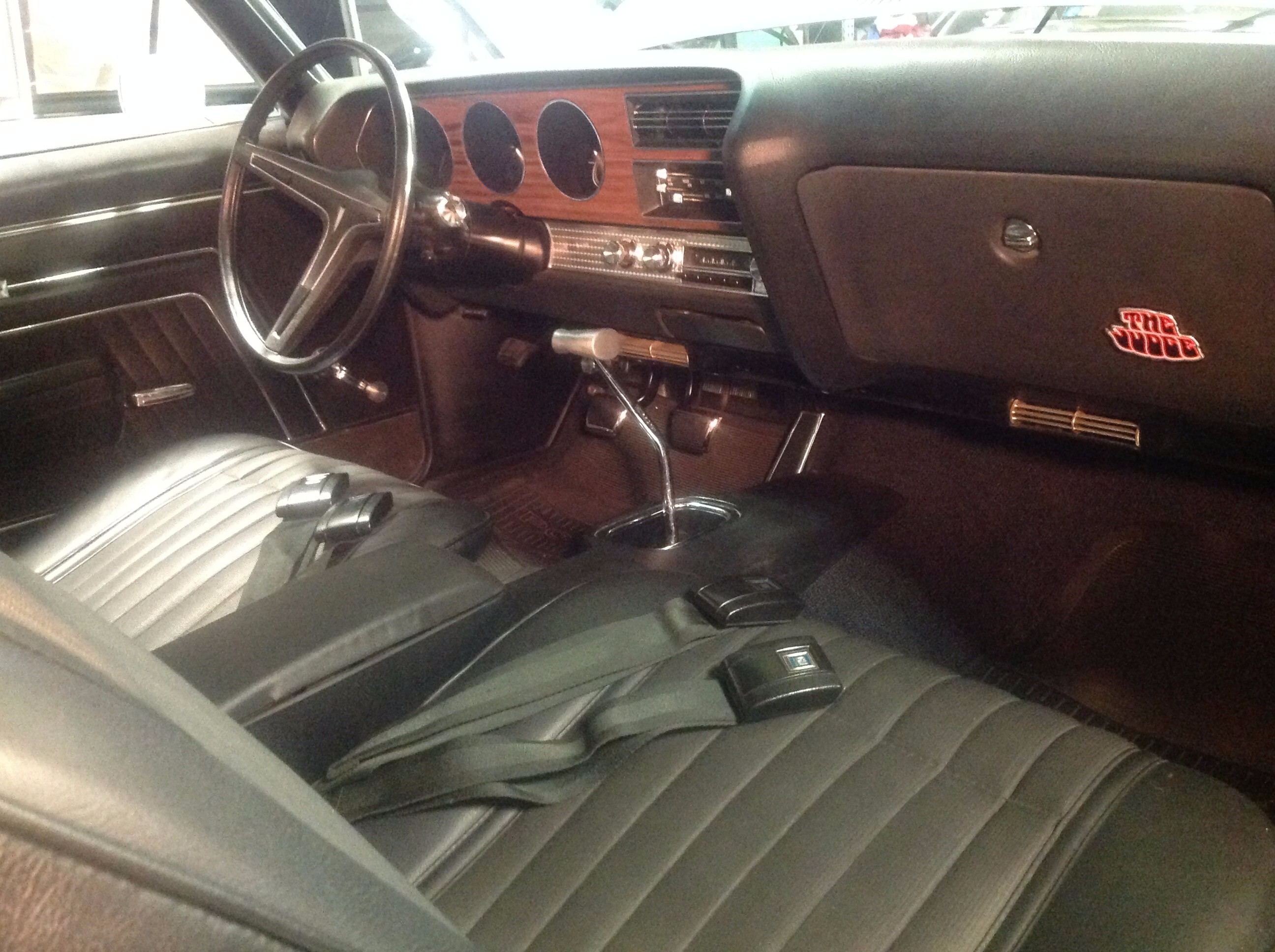 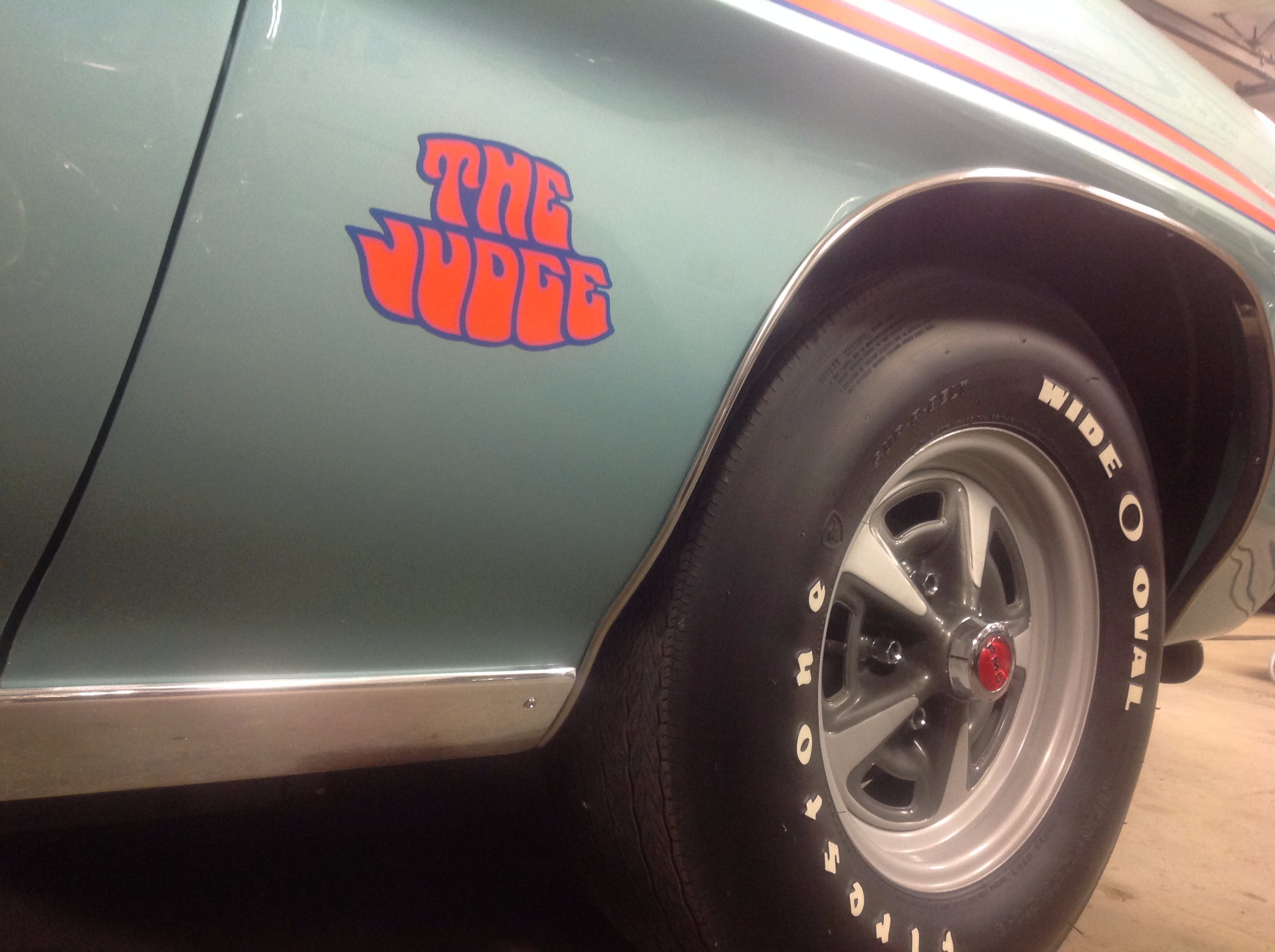 Club member, Dave Sullivan, who is good friends with Tim and Penny and helped with the event and added; “The Dye’s purchased this car about 26 years ago and have been working on the restoration for many years. The collection of NOS parts alone has been a labor of love for Tim. 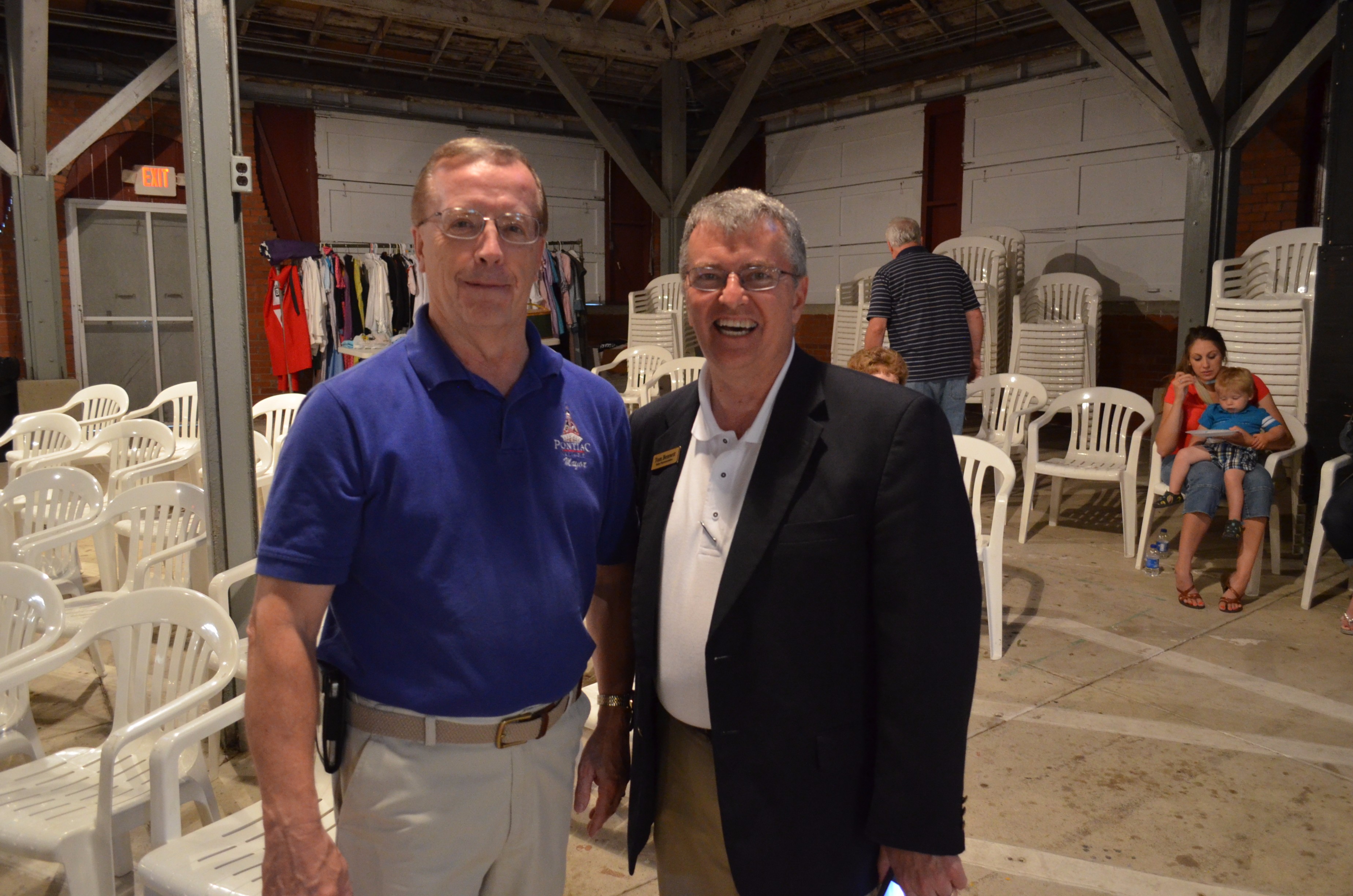 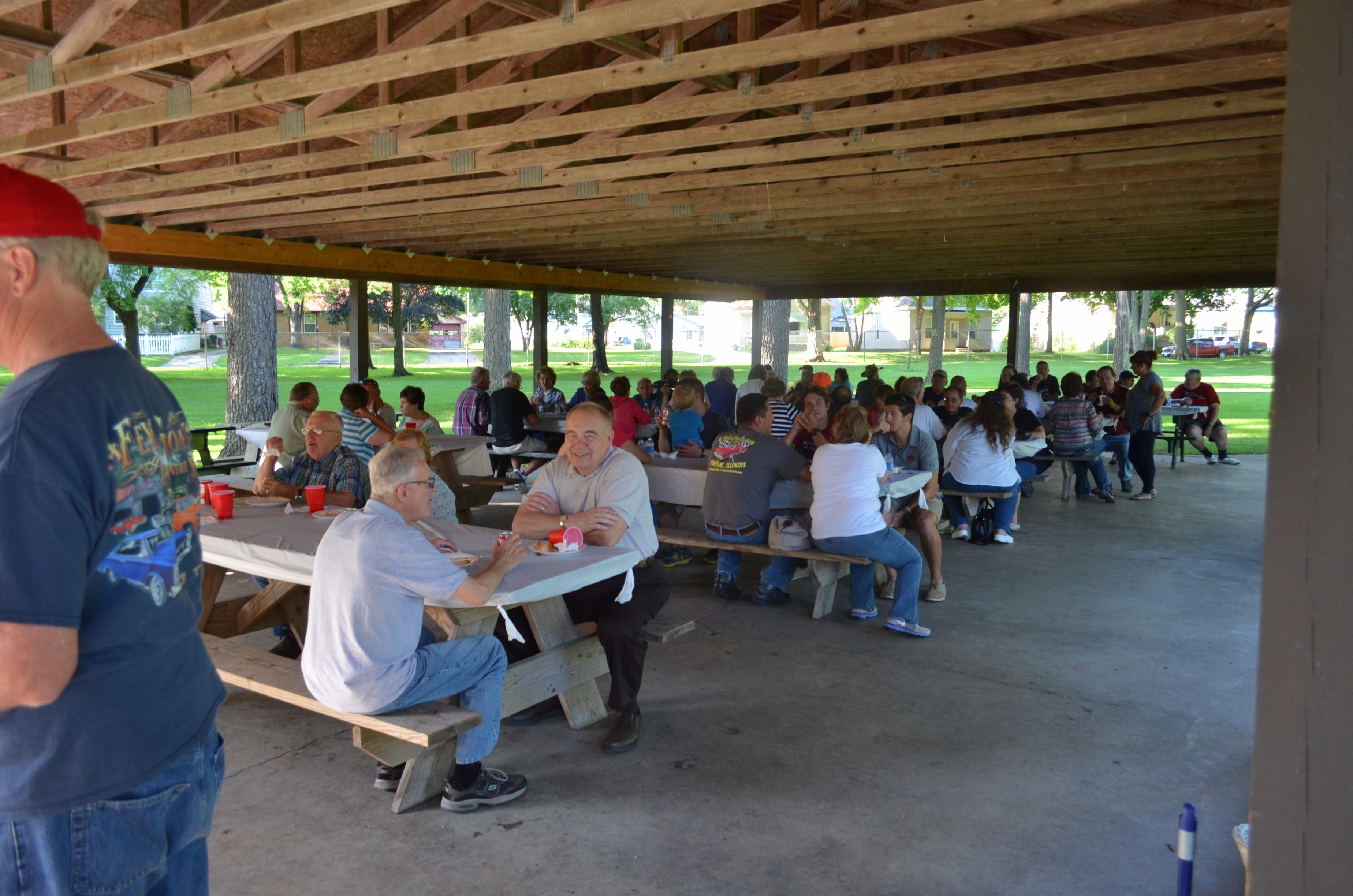 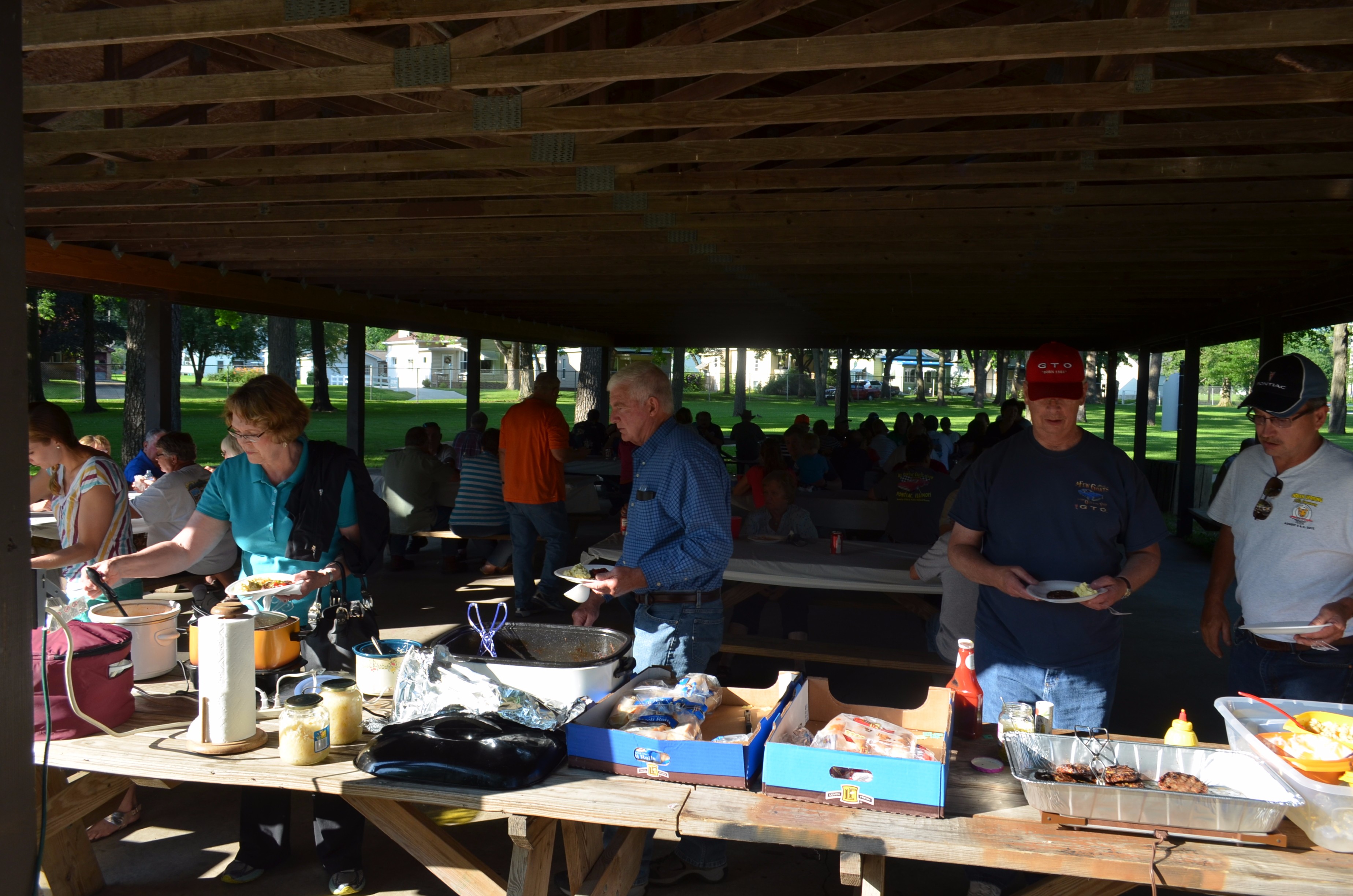 Prior to the unveiling, a delicious picnic fare consisting of Brats (my compliments to Chef, Sullivan) Hot Dogs, and Italian Beef with all the extras were served in an open pavilion at beautiful Chautauqua Park.  Following the unveiling, cake was served – your choice of white, chocolate, or a special chocolate sheet cake made by Mrs. Sullivan. (Don’t tell but I tried both chocolates!)  Does this sound like a great way to spend the day – celebrating the long-awaited rebirth of a very special Judge; surrounded by great cars, great food, great fun, and great people?   It was! 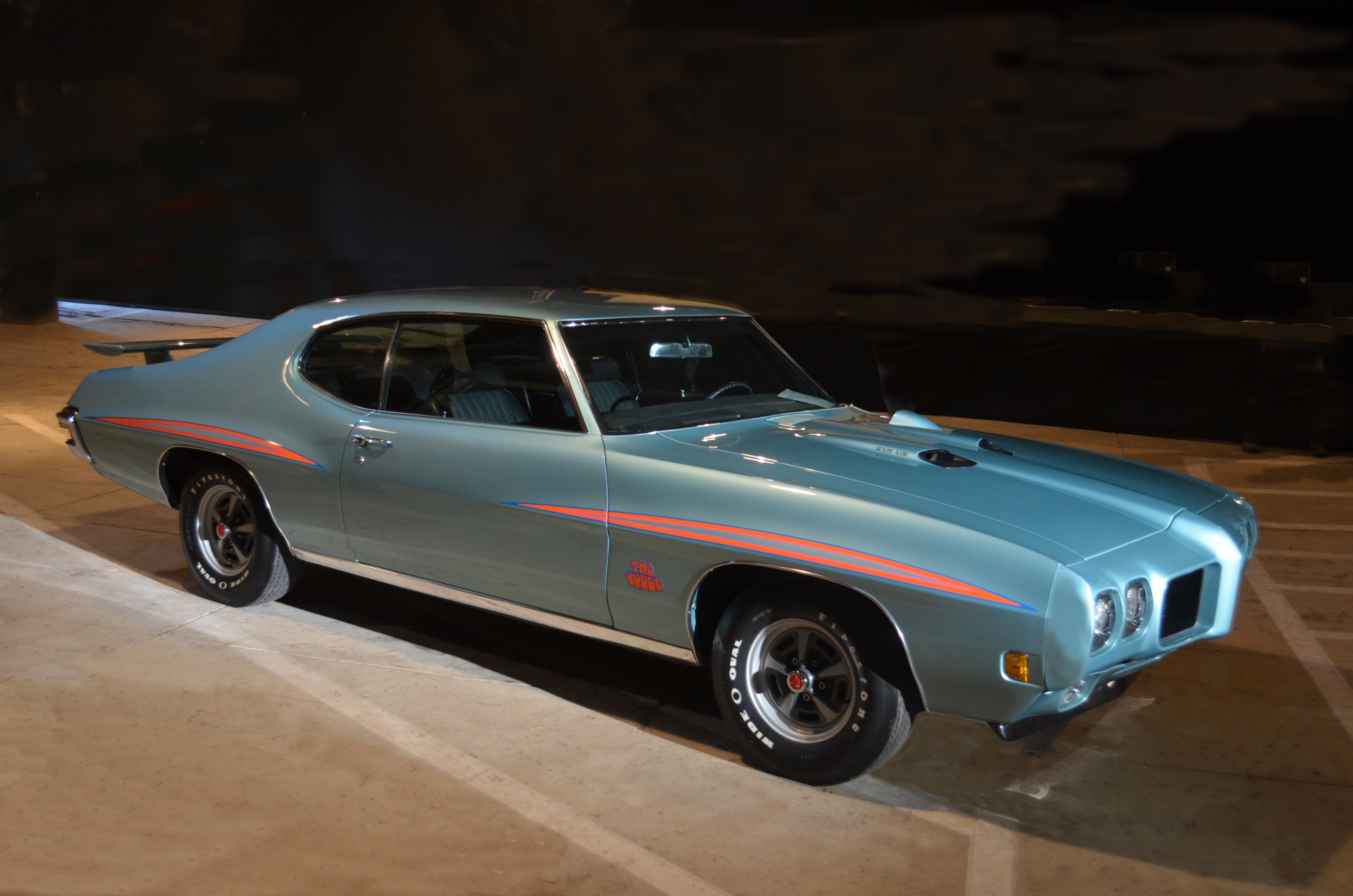 Tim put this picture on the Museum’s Facebook page and it received 142,000 views!

Sully sums up the day by saying, “The unveiling of this spectacular GTO Judge was everything and more for the people lucky enough to be able to attend.  For Judge fans this is truly one of the unique and rare colors that I did not even know was an option. Congratulations to Tim and Penny on an outstanding event. Pontiac fans in Illinois are lucky to have this great museum in Pontiac!”