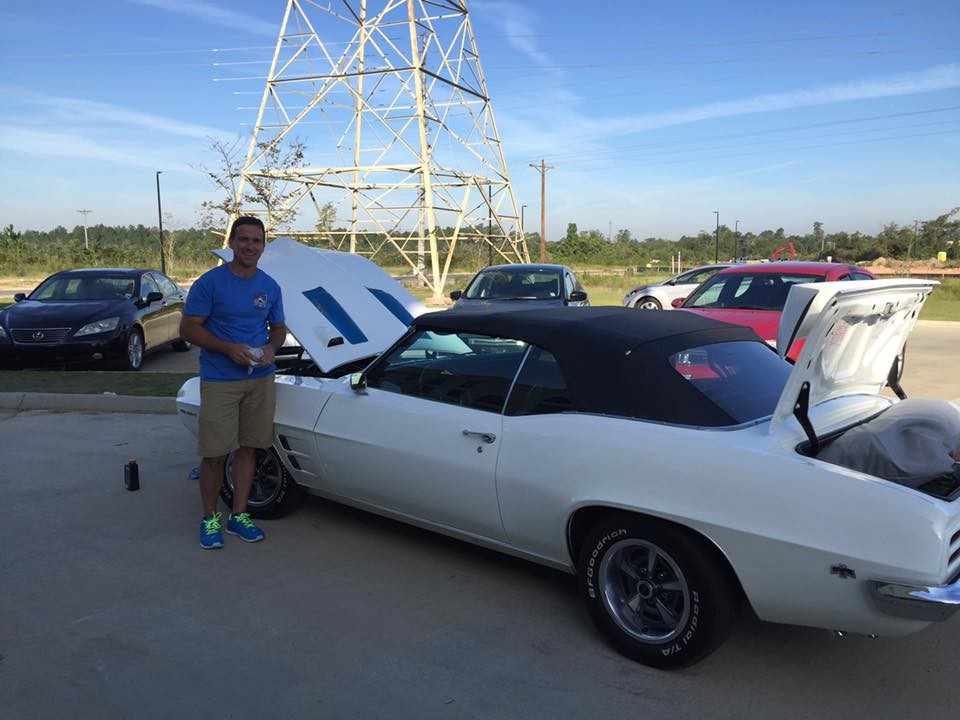 Todd getting ready for a great road trip with his ’69 Firebird.

Our Dallas club member, Todd Bradford contacted me about a wonderful 4-day cruise he went on  few weeks ago, called Cruisin the Coast.  Here’s his story, and some great Pontiac pictures of the event. 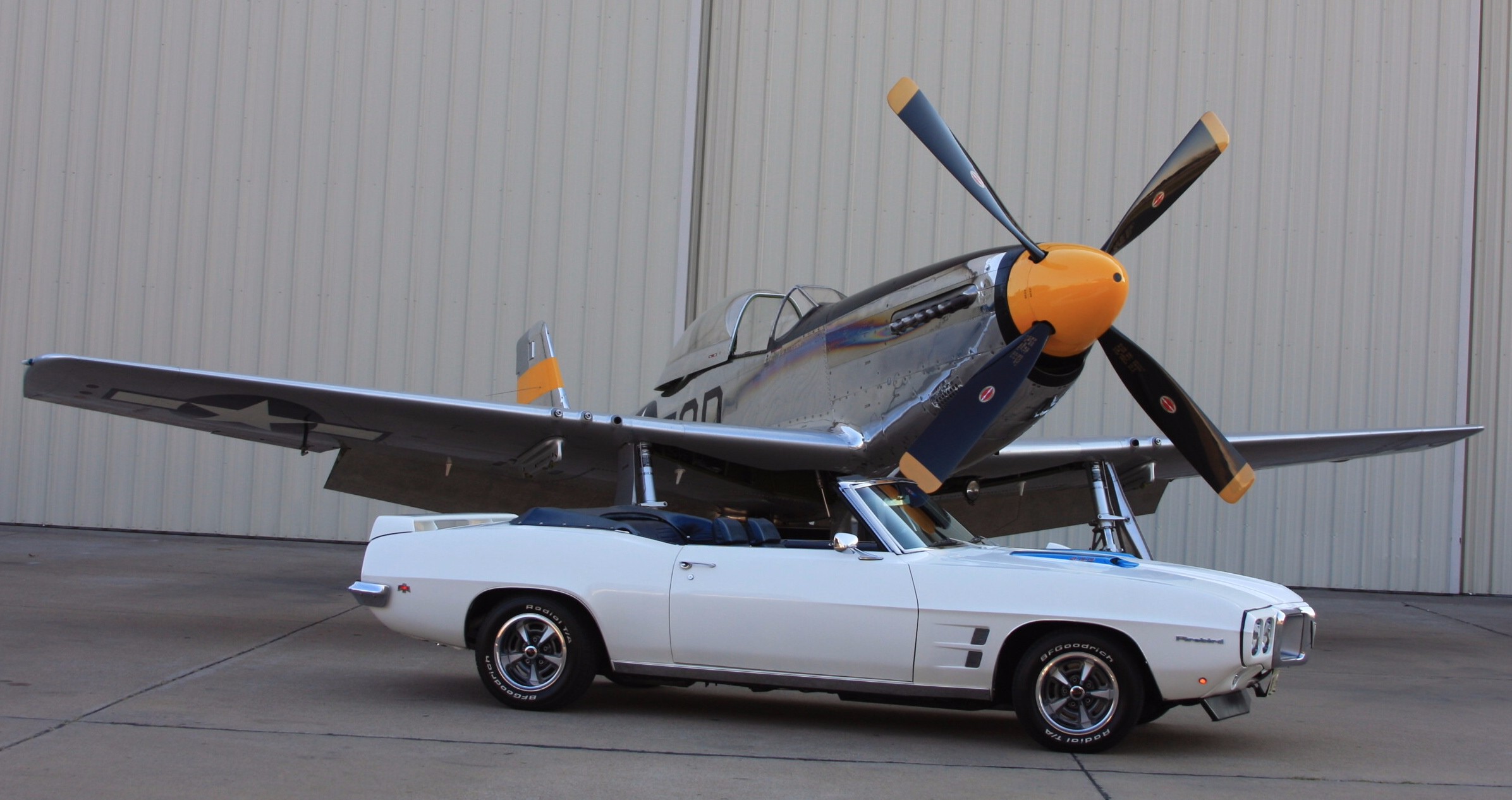 Where else can you have your car photographed with a vintage war bird? The Pontiac Southern Nationals show put on by the Dallas Area Pontiac Association, is one of the best!

I’ve got to tell you guys what me and Dallas Area Pontiac Association club member Tom Smith did the week of the Pontiac Southern Nationals.  We drove our Pontiac’s down to Cruisin the Coast in Gulfport Mississippi. Cruisin the Coast is the South’s version of the Woodward Dream Cruise. We left Dallas early Monday morning on October 5th and returned late Friday evening October 9th. Total round trip, including cruisin up and down the coast was 1720 miles. It was awesome getting the Pontiac’s out on the road. The people we met at rest areas, cafes and gas stations (lots of gas stations) had nothing but positive things to say about the cars. Everyone had a GTO or Firebird story. They either owned one themselves or a family member did. What was to be a 9 hour trip turned into 12 hours. The cars performed flawlessly, no issues. Tom drove his ‘72 Convertible GTO ( a Lemans with the GTO option.) 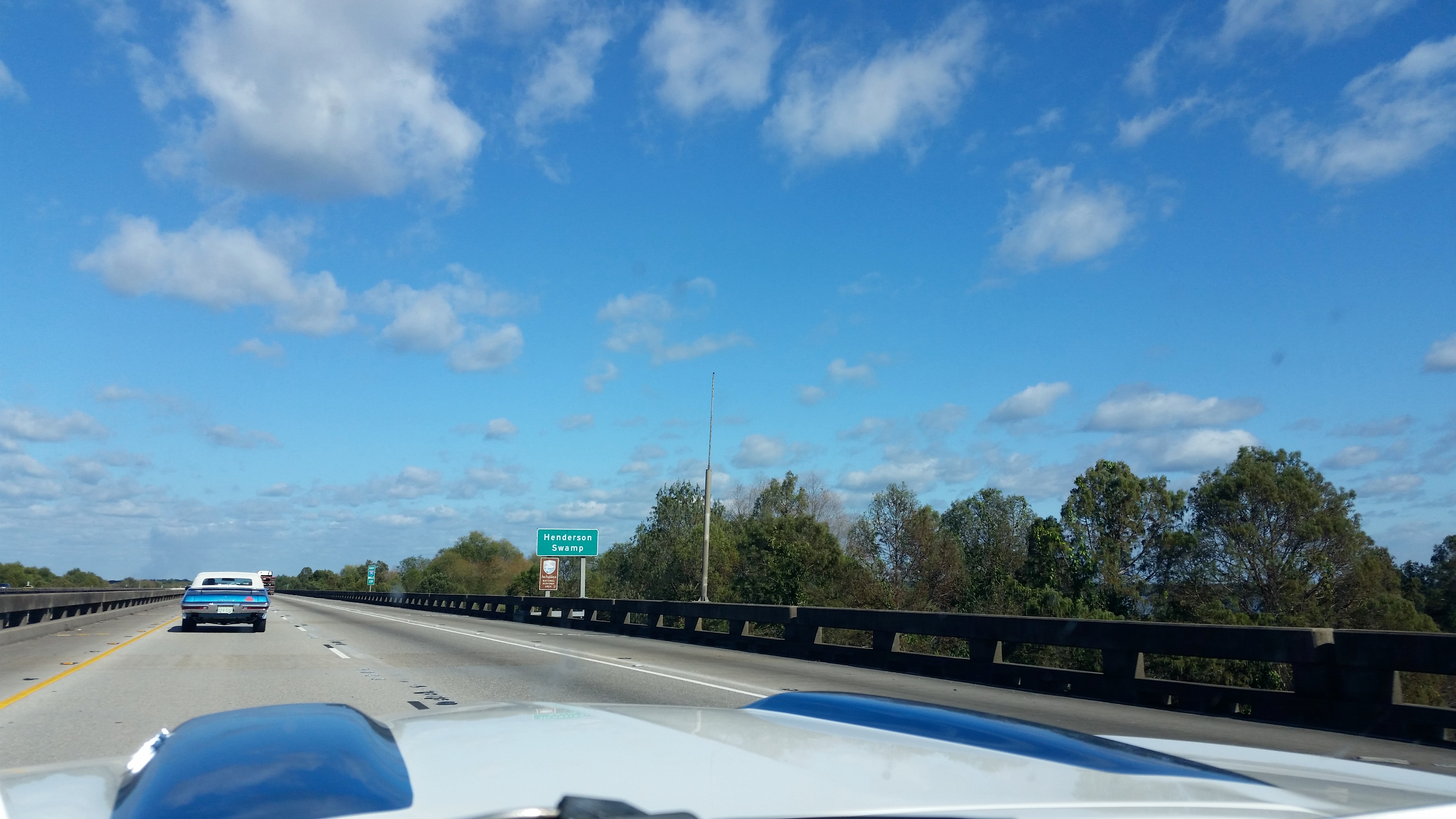 Pontiacs on the road to adventure! 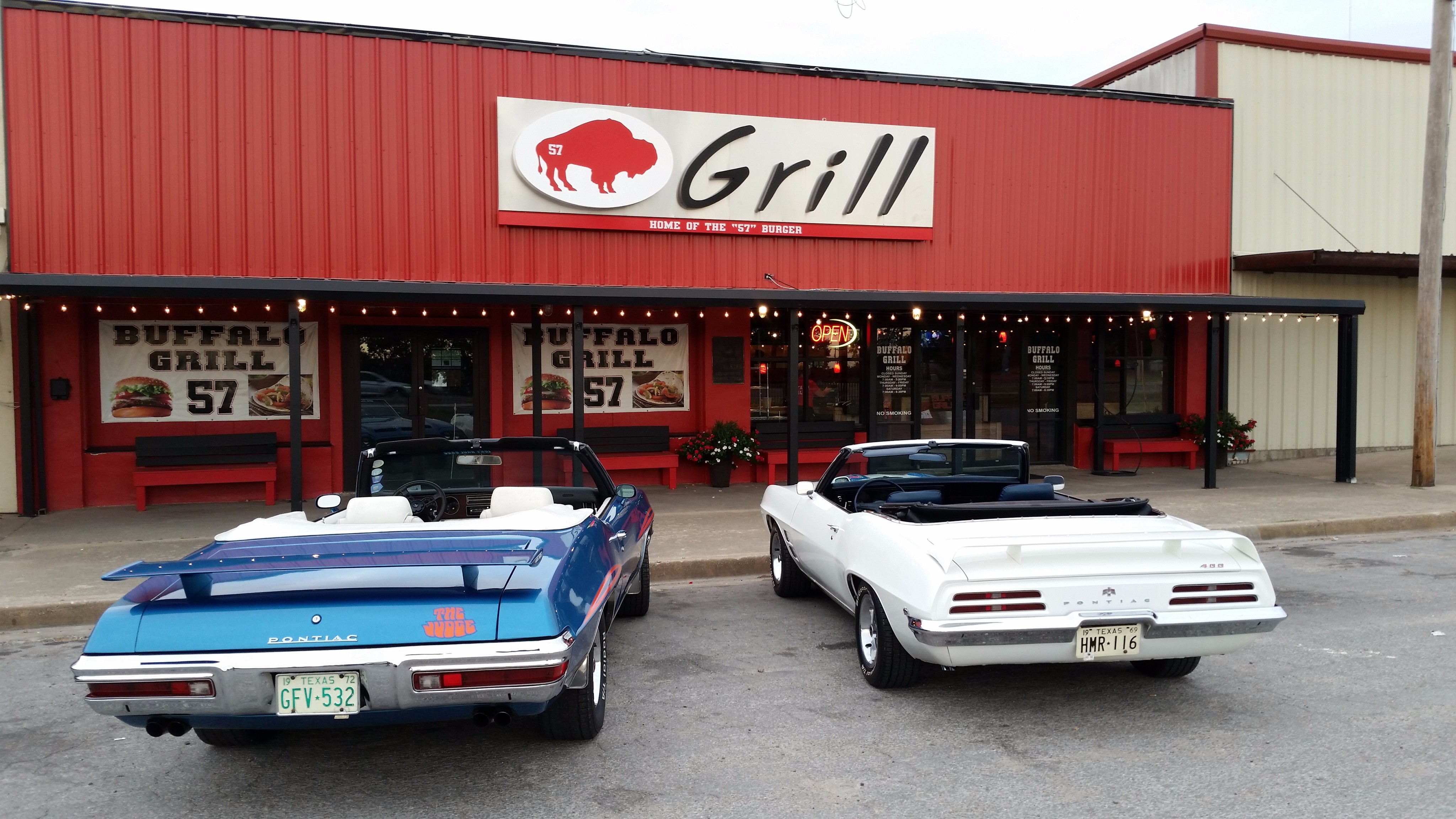 Todd and Tom and their two Pontiac convertibles, parked outside the Buffalo Grill. 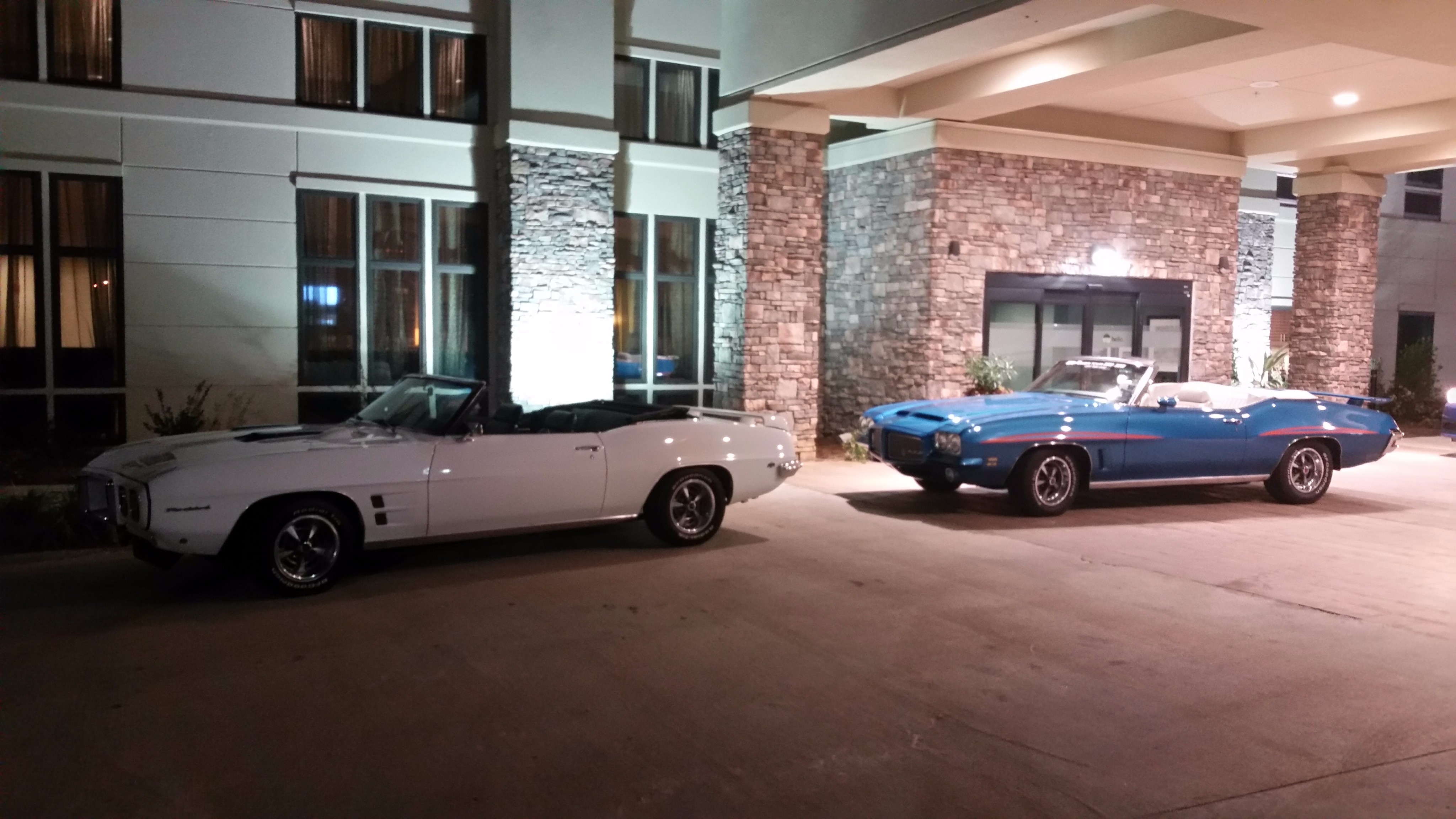 What a cool site to see for anyone stopping for the night.

By chance, we met one of the guys from the H.A.L.F. club.  That stands for Houston Area Legendary Firebirds – which is another great first generation Firebird club nearby in Houston. 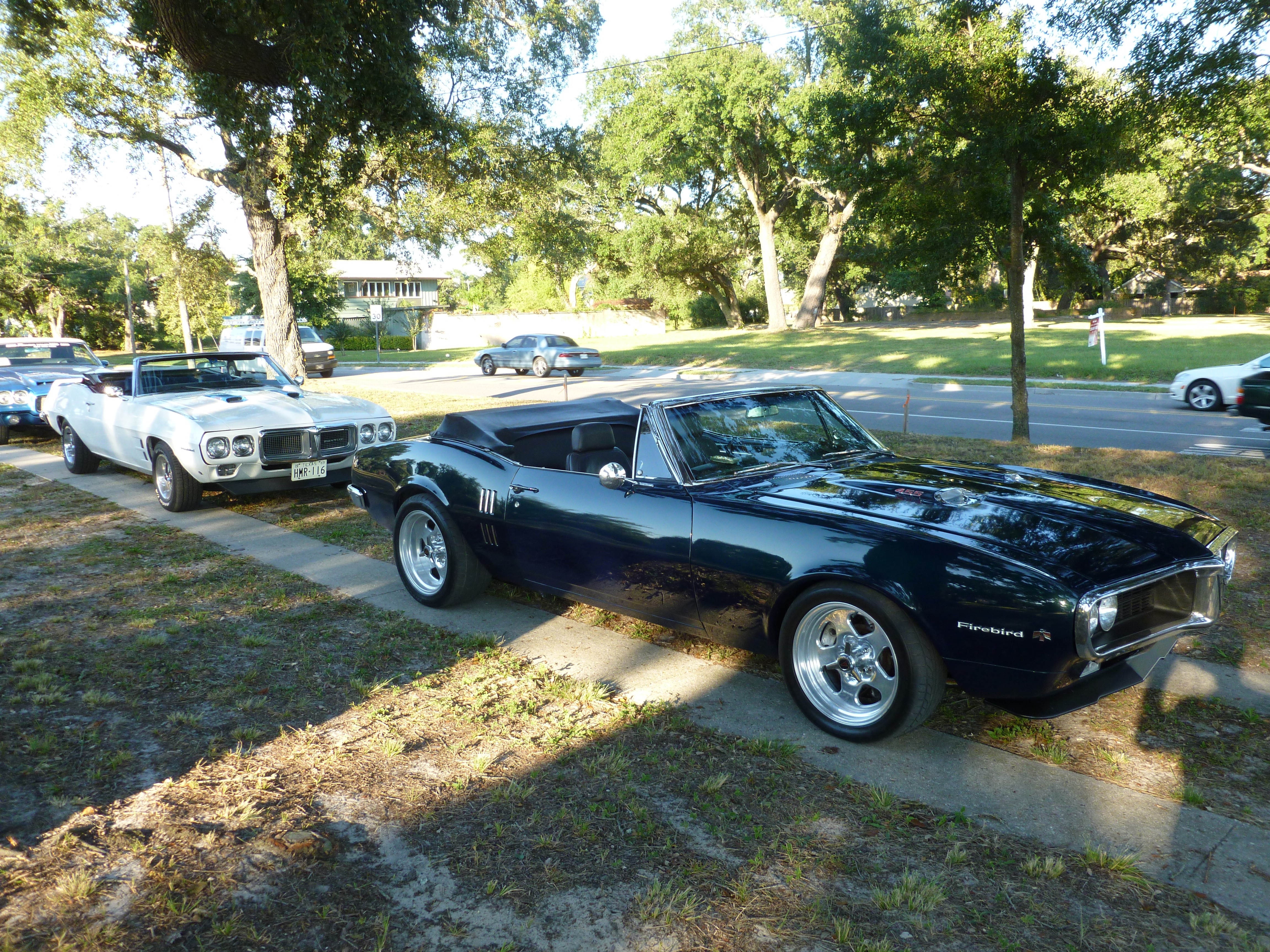 Todd encountered a few other first gen ‘birds on the trip, like this 1967 dark blue convertible. 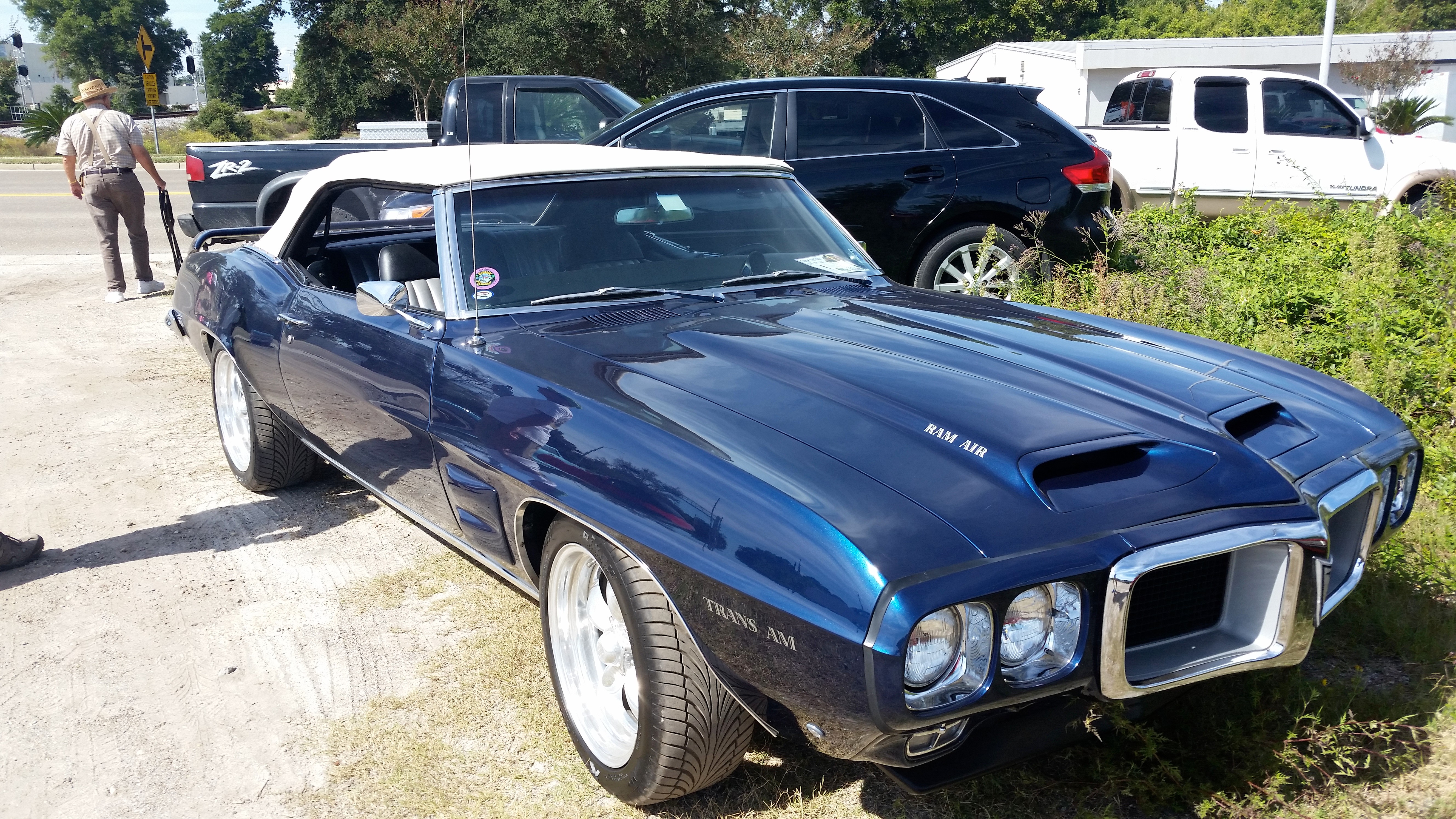 Check out this ’69 convertible with Trans Am hood. 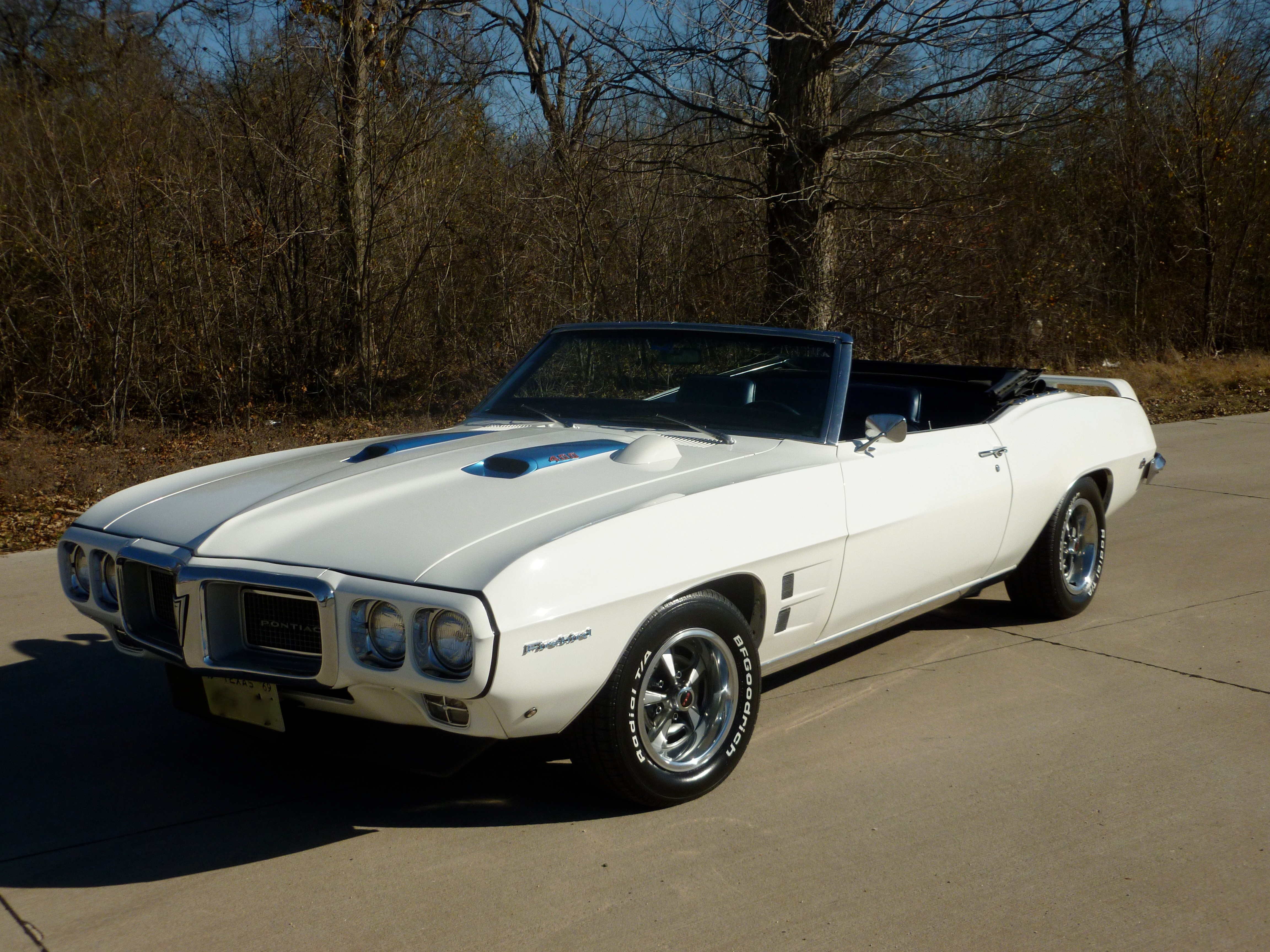 Todd’s beautiful ’69 400 convertible with custom paint on the hood, and Trans Am spoiler.

It was so cool driving the cars there. We got so many thumbs up, people taking pictures and truckers honking their horns. Here’s a great story from the road. There was this one guy we passed on the highway. He catches up we me and yells “slow down” I yelled back “what, slow down?”. He yells back “slow down I want to take your picture” and waves his camera at me. After he takes my picture he speeds up next to Tom and does the same thing. At the next gas stop we had a good laugh about it. Here’s this guy in a modern car asking us in our 40+ year old cars to slow down. 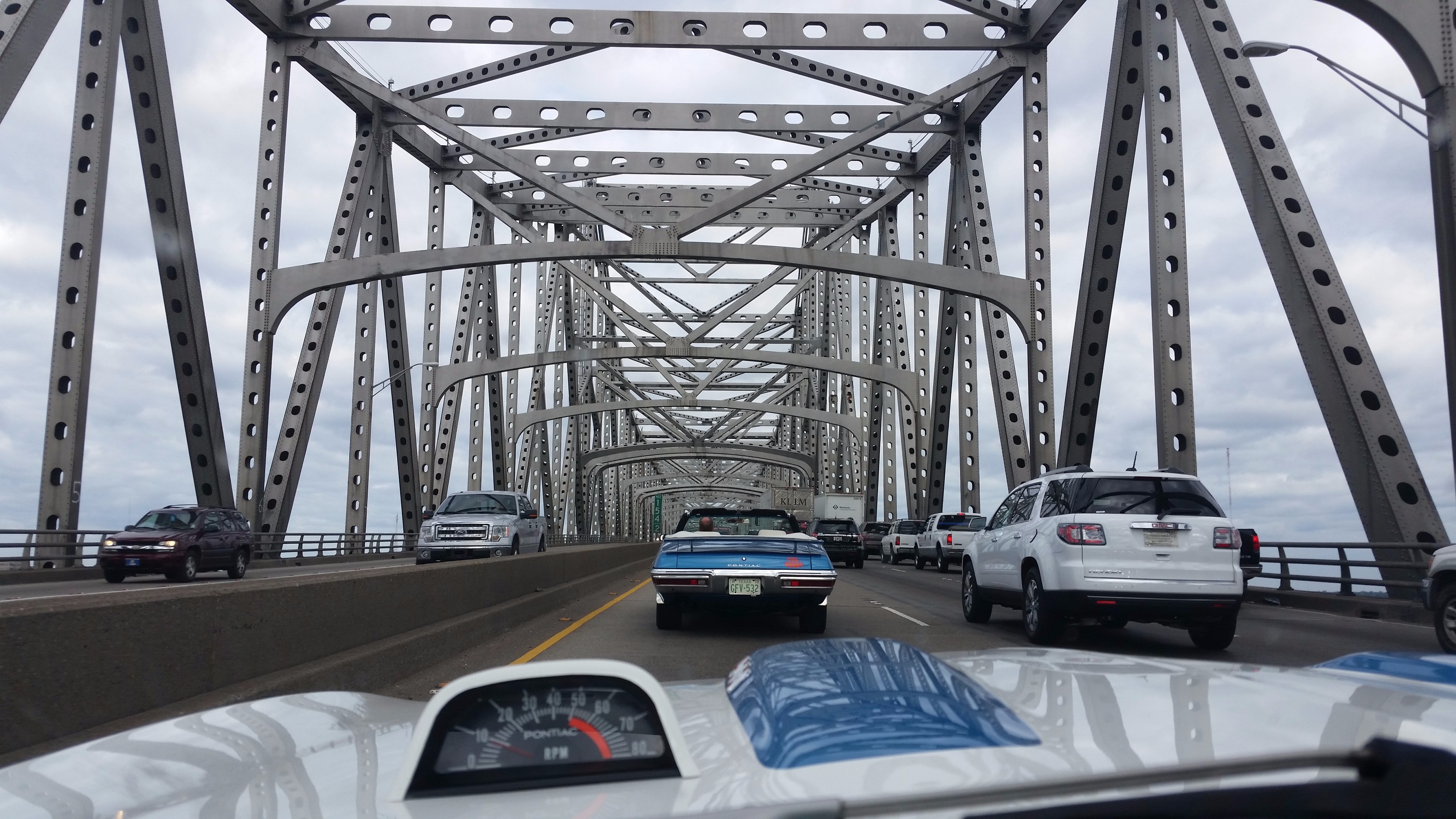 On the bridge in Louisiana.

The Henderson Swamp picture is the start of a 20 mile bridge in Louisiana. They have signs posted warning you how far till the next gas station. As you know my Firebird is the 400 with a 4 speed running 3.55 rear gears. We made sure to fill up before crossing. 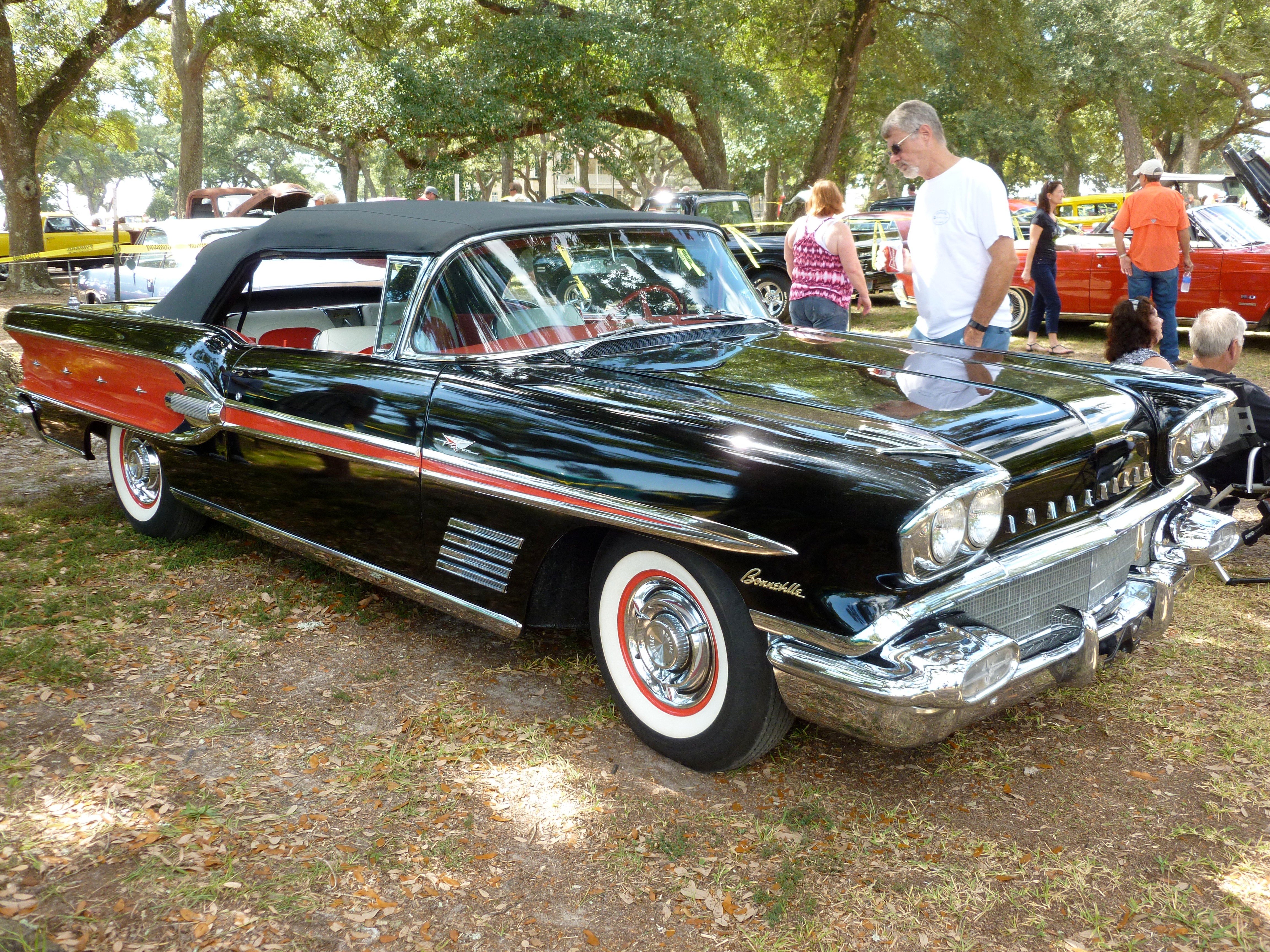 A ’58 Bonneville Convertible. This is one of the nicest Pontiac’s I have ever come across! 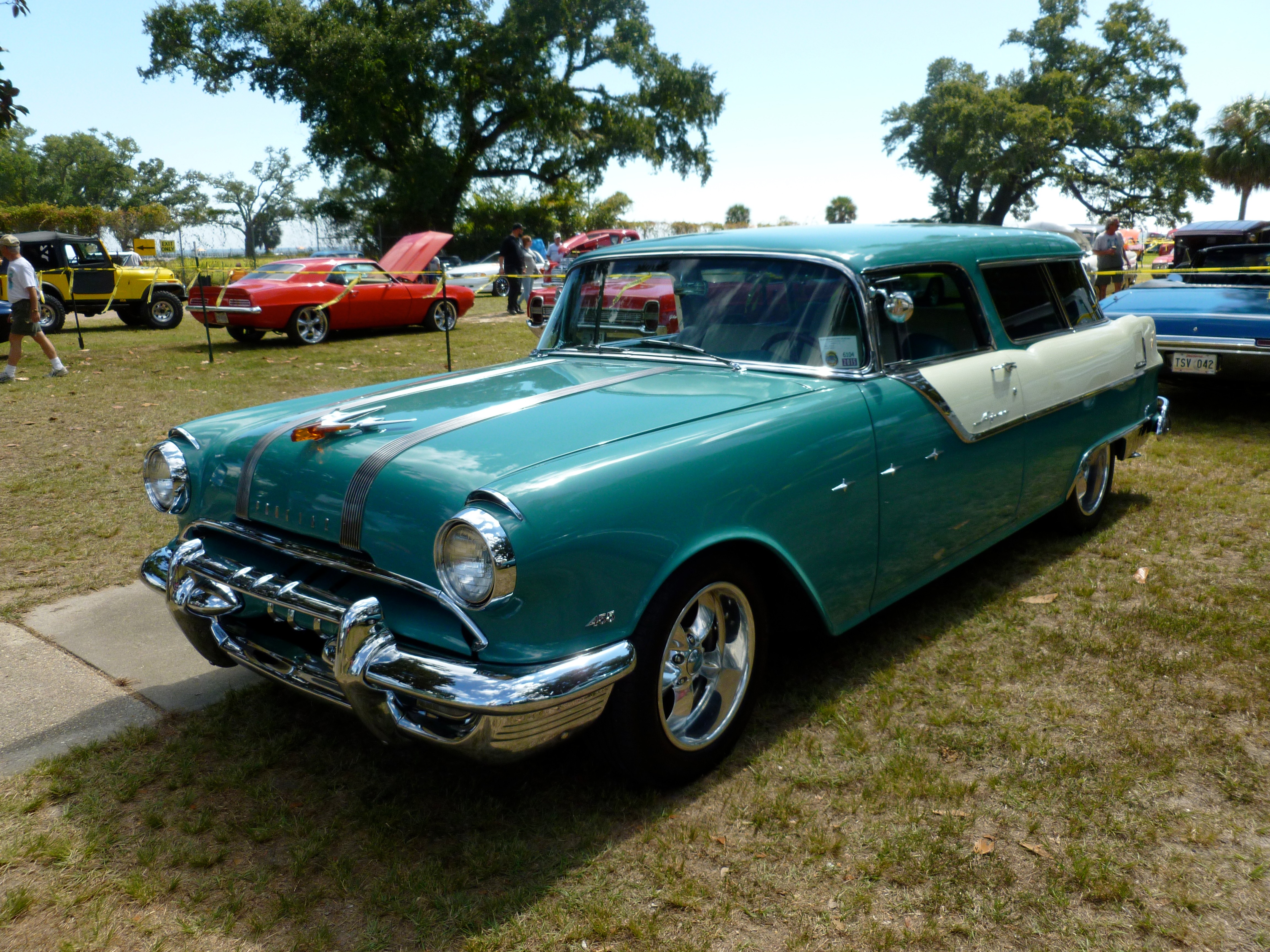 Check out this cool 1955 Safari Wagon.

Here’s a few of the first generation Firebirds we spotted: 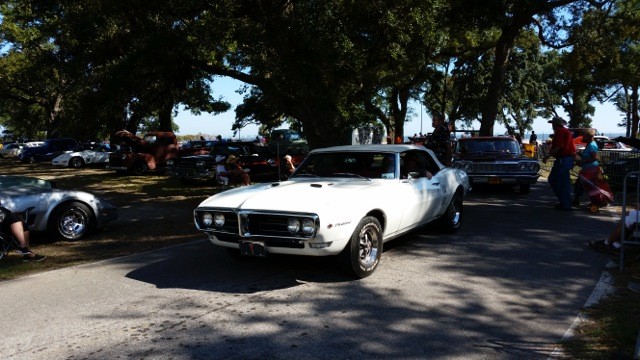 This was really a pretty, white on white ’68 convertible 400. 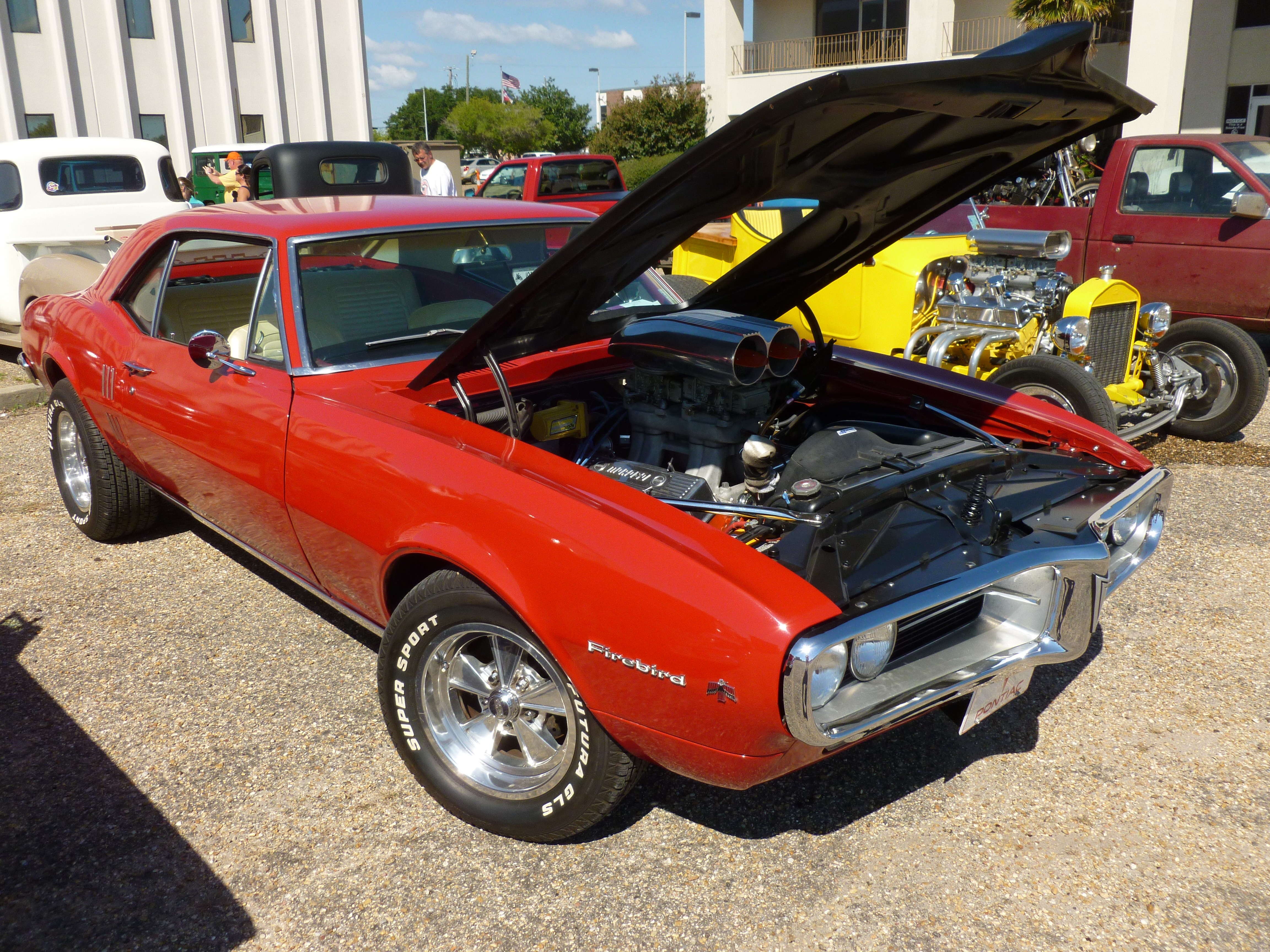 Plenty of horsepower on hand for this 1967 Regimental Red hardtop. 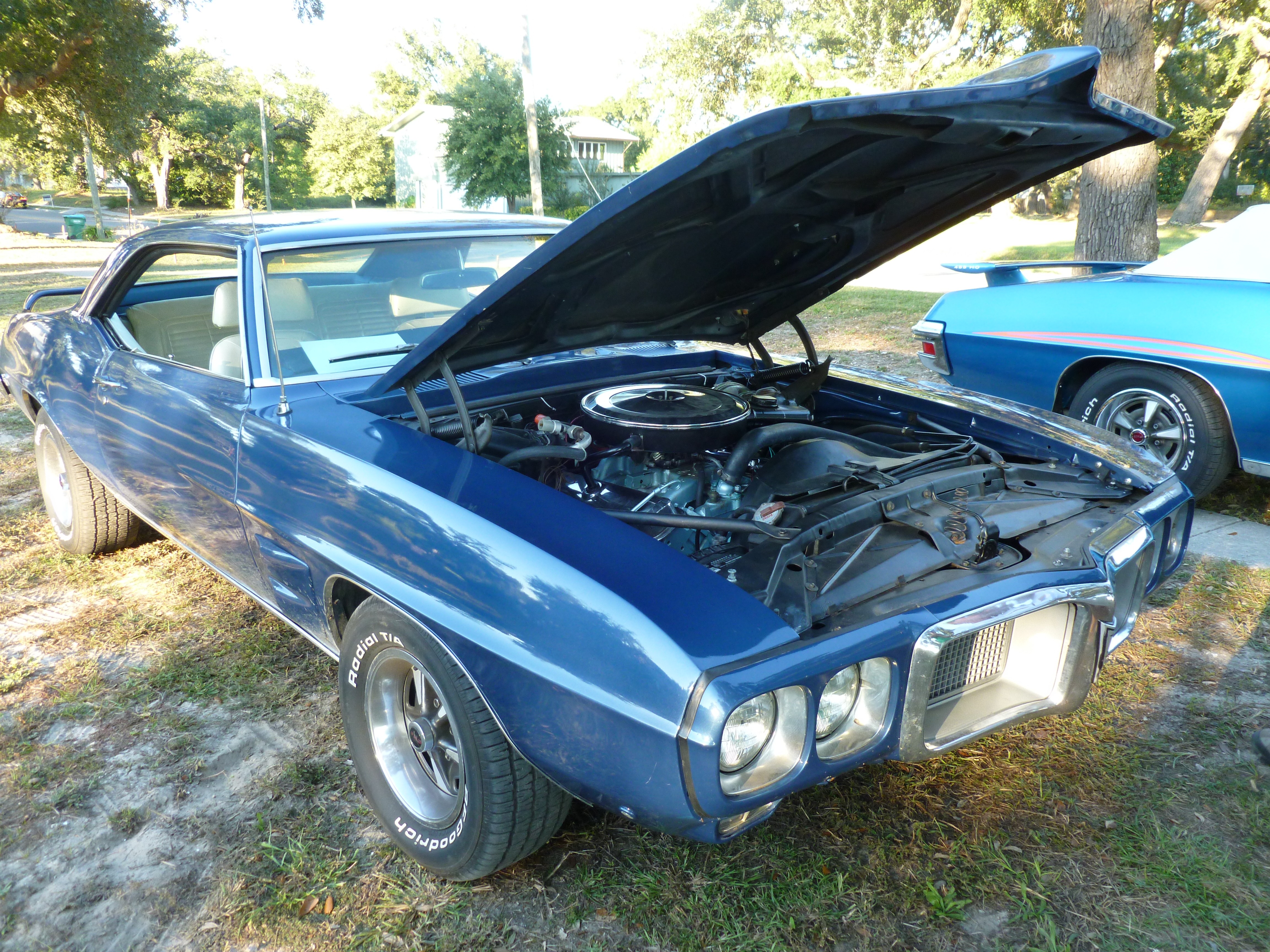 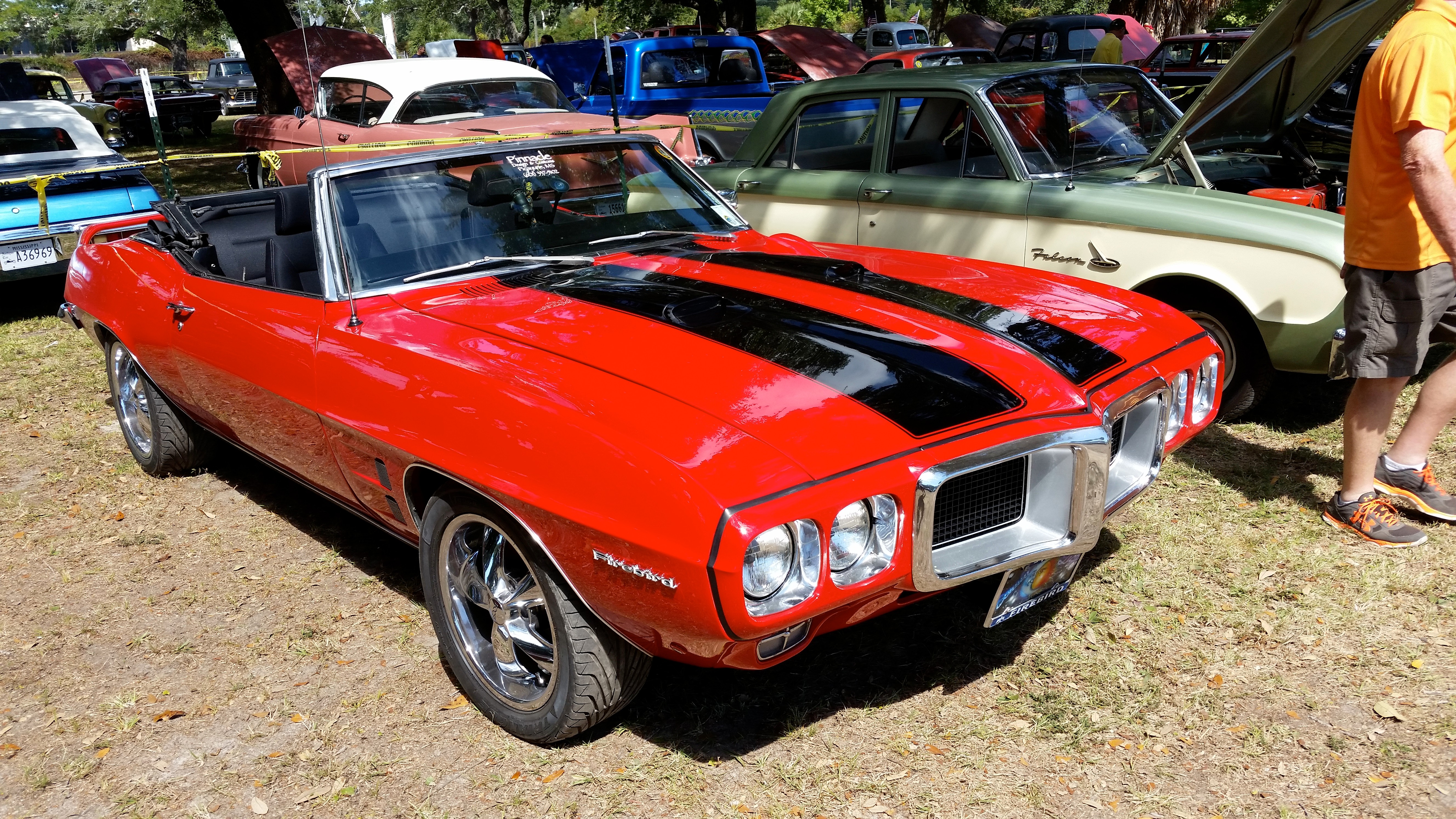 This restomod ’69 convertible with custom stripes just shines in the Southern sun. 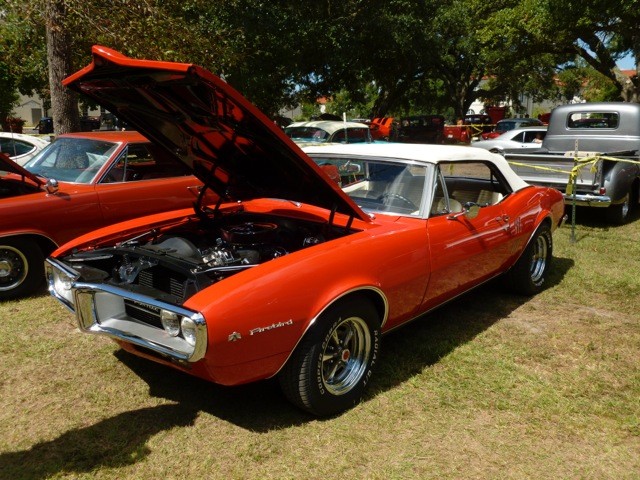 Another Red ’67, this time a 326 convertible with Parchment interior and white top. 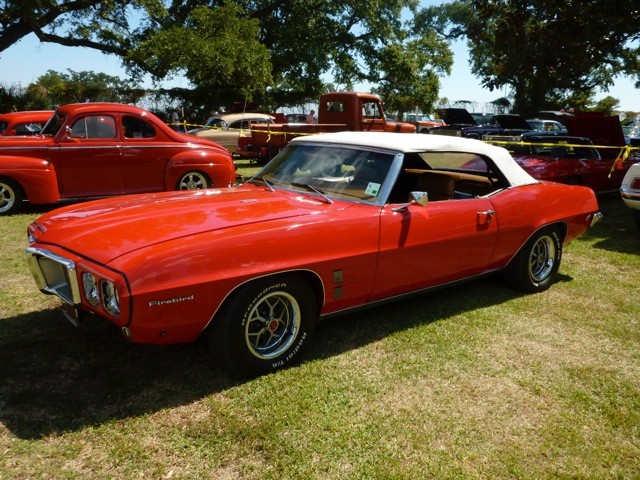 Custom wheels and a rare tan interior on this Carousel Red 350 convertible.

If you want more info on Cruisin the Coast checkout their Facebook or website. I think the final number of registered cars was 7,000+ and they say a 2000-3000 show up non-registered.  You need to add Cruisin the Coast to your bucket list. The Pontiac’s we saw there were amazing.  It is really a great event, we are already making plans to do it again next year!

(Story and pictures by Todd Bradford.)