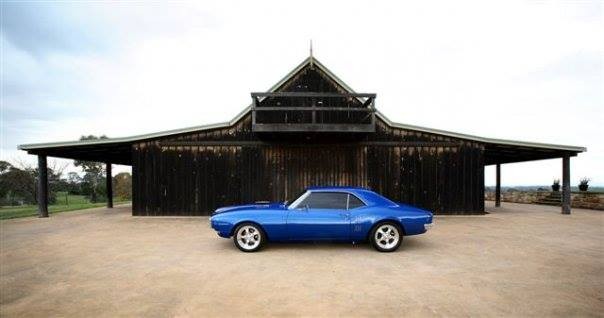 I love our Face Book site because we have Firebird fans from all over the world that we interact with everyday.  Occasionally, one of them contacts us with pictures and stories of their vintage Pontiacs, which we love posting for our readers.  We call this section of our site Global ‘Birds.

It may be winter here in the States, but it’s summer down under in sunny Australia.  Recently, Scott Winning contacted us from Sydney, with this great looking custom-blue painted 1968 Firebird that he enjoys on the streets as well as tearing up the local track.  Here’s his story – and it all started with a ’67 Pontiac Parisienne…. 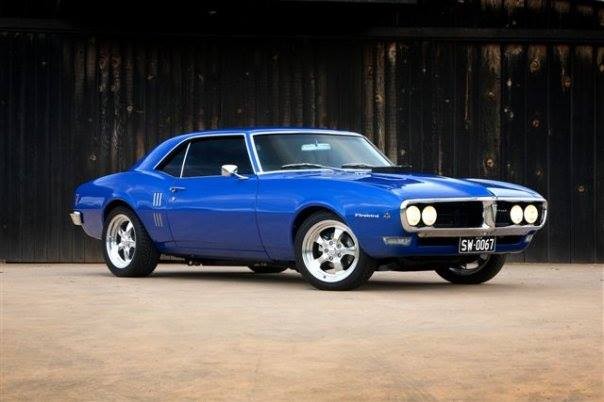 Hi Guys, I like checking out the pics you guys post from the other side of the world. Here are some pics of my ‘68 from Sydney Australia. I have owned her for 11 years now & it was a two year build.   It was a paint stripped shell when I bought it & everything has been rebuilt or replaced except for the sheet metal, which is all original. 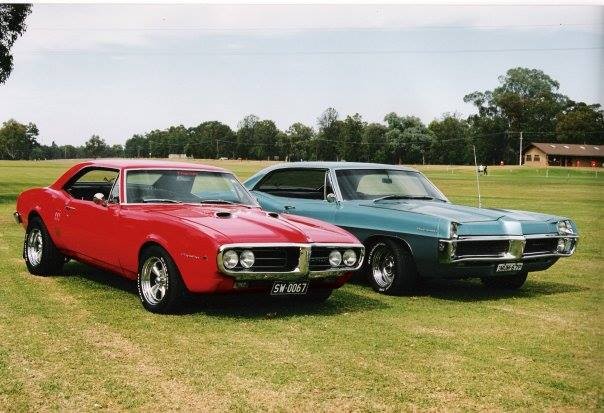 The first Pontiac I had was the green 67 Parisienne when I was 18. I joined a Pontiac car club here in Australia & started seeing Firebirds & knew I needed to get one. It was only a couple of years after this that I bought a red 67. I had it painted but other than that didn’t really touch it. Gave it a few runs at the track, it had a 400 Pontiac / Turbo 400 / 10 bolt & ran a best of 14.3 @ 94mph. Had this one for a few years before selling it to buy some real estate but always knew I would one day have another one. At the time the blue 68 came along I still had the green Parisienne so I sold that to fund paying for the rest of the 68 to be finished. 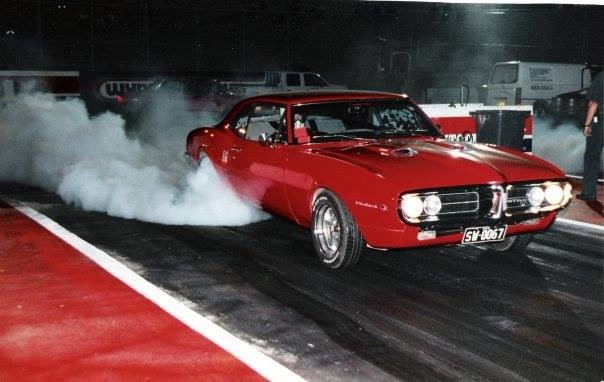 Scott first got the racing bug with his red ’67 Firebird 400. 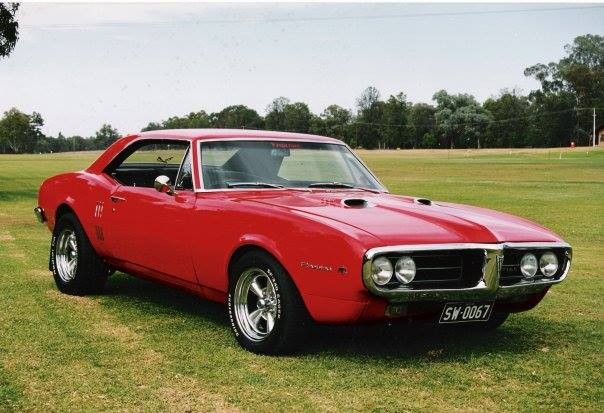 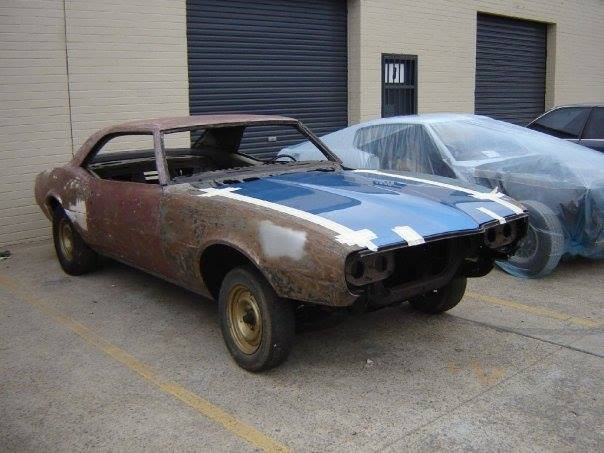 The ’68 started as a very big project car.

This is how the car was when I bought it.  The car had been shipped to Adelaide in Australia from America & it was painted black. The guy did not like the paint so he paint stripped it. He then found another car he wanted, so he advertised the Firebird for sale.  I took a car trailer on an 1,800 mile road trip one weekend to pick it up from Adelaide & bring it back to Sydney.  That was August 2005. I had the car bead blasted & painted in a factory Ford color called Shockwave blue. The body was very good, there was the usual rust spots in bottom of front guards & couple of small spots around windscreen corners but other than that pretty good. 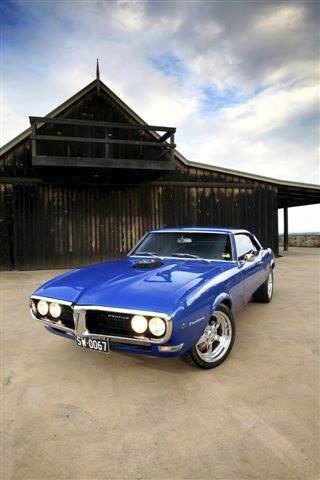 I got it home from painters in October 2006 & assembled it in my garage at home. It was on the road May 2007. When I bought the car there was a new trim kit & badges with it all in boxes. I had a trimmer mate put new foam in the seats & put the covers on & a new hood liner.  I installed the carpet & door trim, as well as a special custom carpet in the boot (Australian for trunk) myself. Parts are readily available for American cars in Australia but I bought a lot of stuff I needed while on one of our trips over to America & brought it all home in suitcases, much to my wife’s delight. 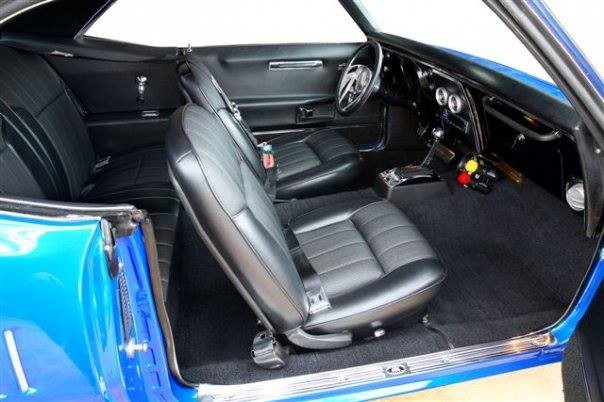 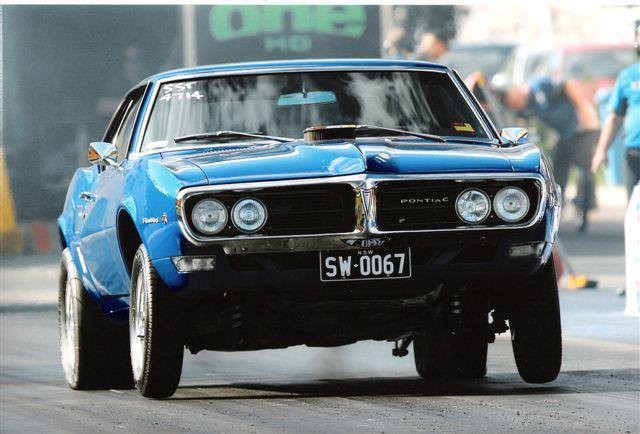 Lifting the front tires and feeling the horses! 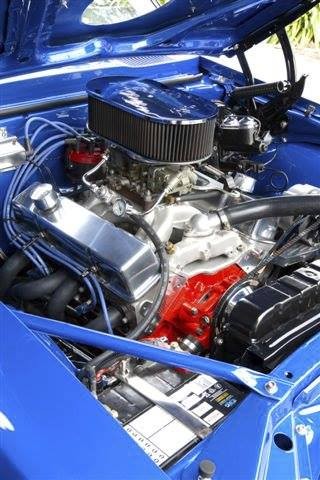 This ‘bird’s engine is all business. 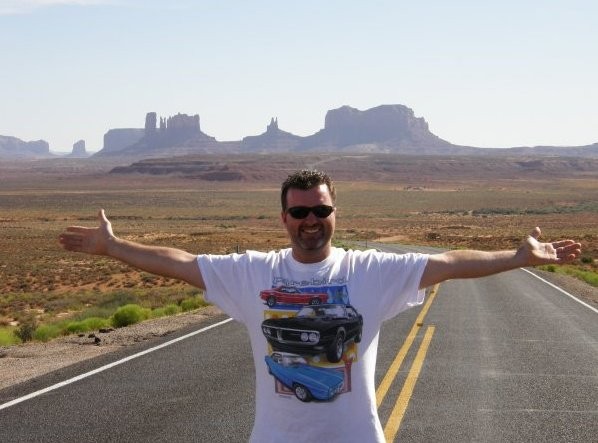 Here’s a picture of me in my first generation Firebird shirt while at Monument Valley in the US. We have done a lot of travelling all over your beautiful country. 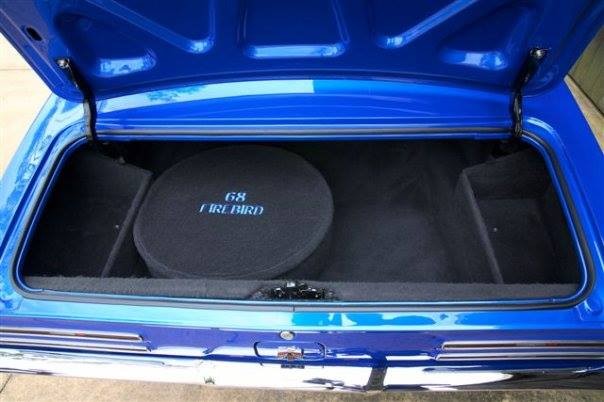 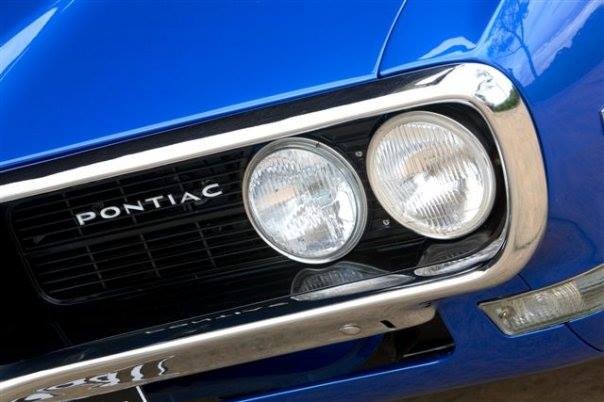 Scott, thanks for sharing the pictures and story of your American Beauty in Sydney.  We love to see how people all over the world have the same passion for first generation Firebirds as we do here in the States.  Enjoy your summer Mate, Good Day!