What happens when you combine a lifetime Pontiac owner, auto body man and artist? In the case of Pete Teumer, you get stunning detail and creativity in accurately rendered muscle car illustrations. 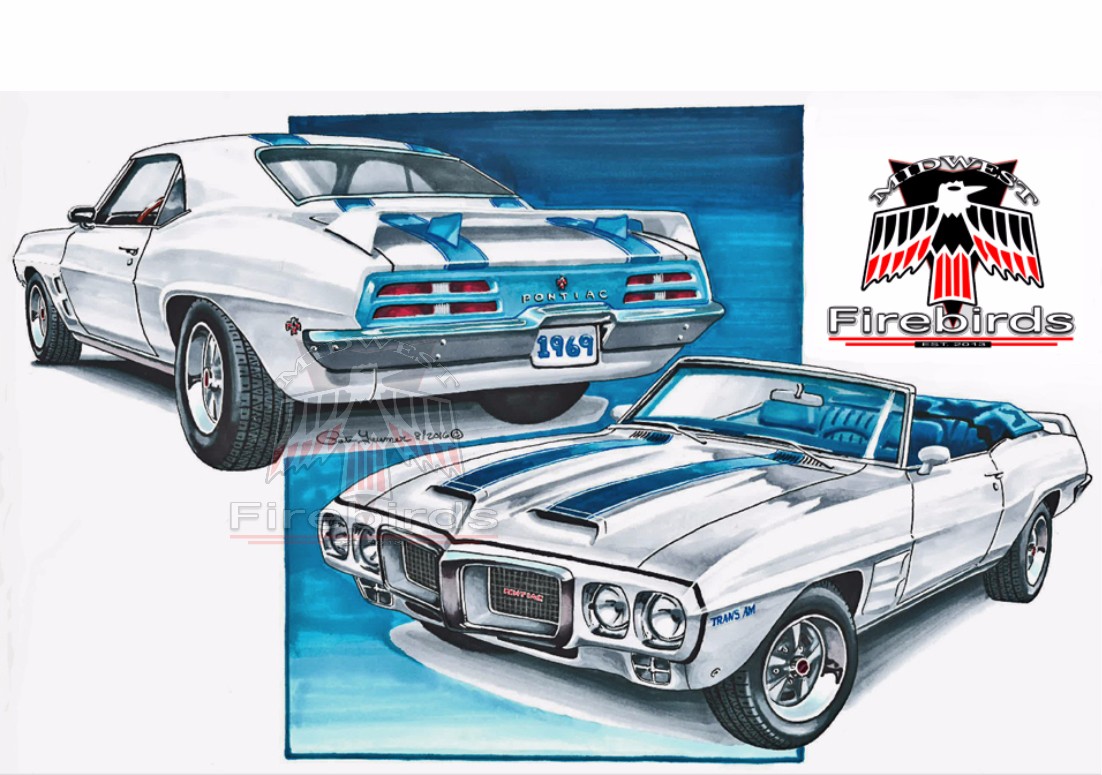 I asked Pete to illustrate our most famous first gen Firebird, the ’69 Trans Am, and I was so excited to see he drew both the coupe and convertible!

We first became acquainted with Pete as someone who frequently “liked” our Facebook posts. Once I saw the fantastic artwork on his Facebook page I reached out to him and asked if he had ever drawn a first gen Firebird. His response was no but he would be happy to draw a few for our website. Not ony did he draw them for us, but he even encorporated our Midwest Firebird Logo into each of his renderings!  We are excited to bring you this exclusive look at Pete’s never-before seen renderings of three first gen Firebirds, as well as several of his other fantastic vehicles we think you will enjoy. Here’s Pete’s story and a way you can contact him if you would like a one-of-a-kind rendering of your special Pontiac. 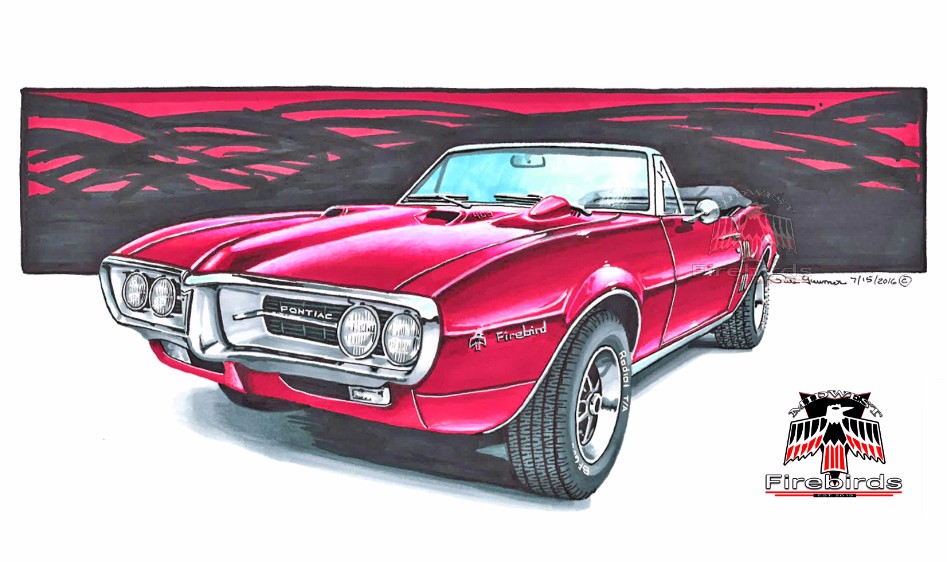 Here’s my very own 1967 Regimental Red 400 convertible, Pete drew for this story. 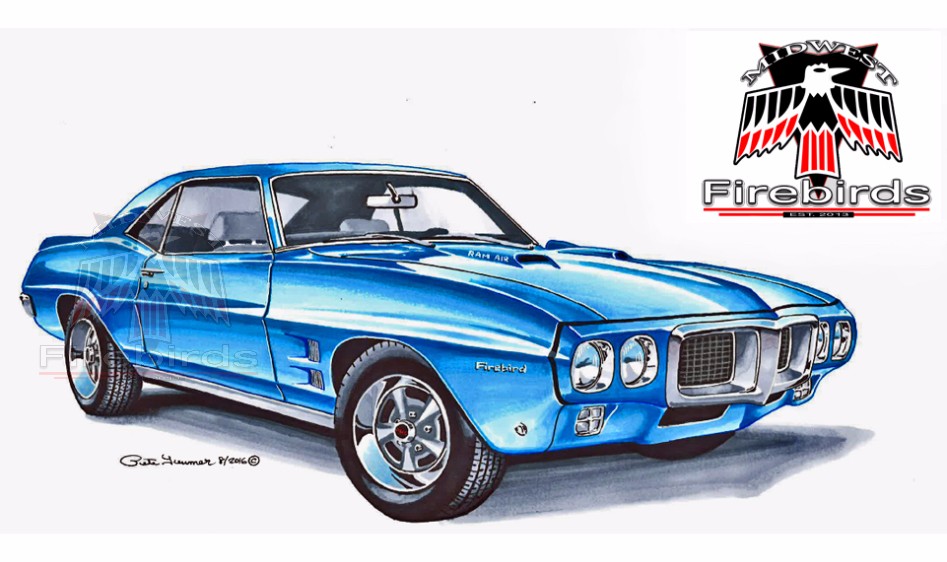 What a georgous Windward Blue Ram Air 400 with Parchment interior.

Pete Teumer is a self-taught automotive artist based in a Chicago suburb, he grew up around body and paint shops in his youth as his father was a lifelong body man and along the way picked up a love for anything automotive and racing. He has been drawing cars as long as he can remember. He is also a Pontiac man, and proud owner of a 1969 Carousel Red GTO Judge he is in the process of restoring. 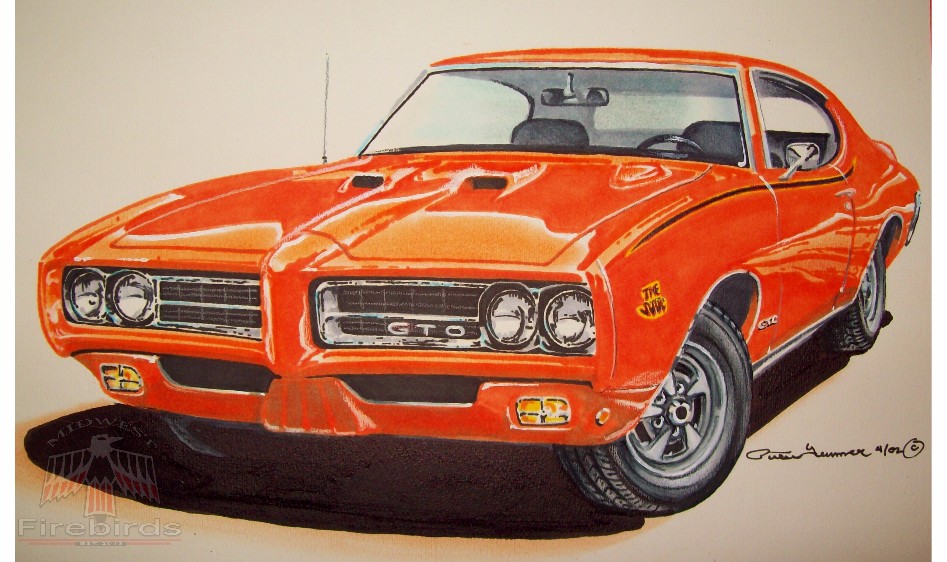 The car that started the love affair with Pontiac muscle – Pete’s father purchased this ’69 GTO Judge new and handed it down to him for safekeeping. 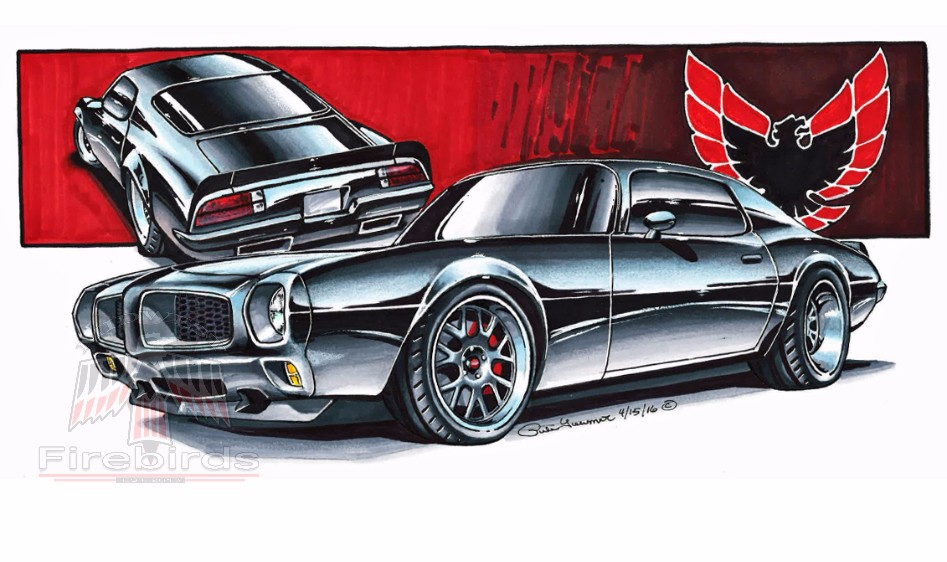 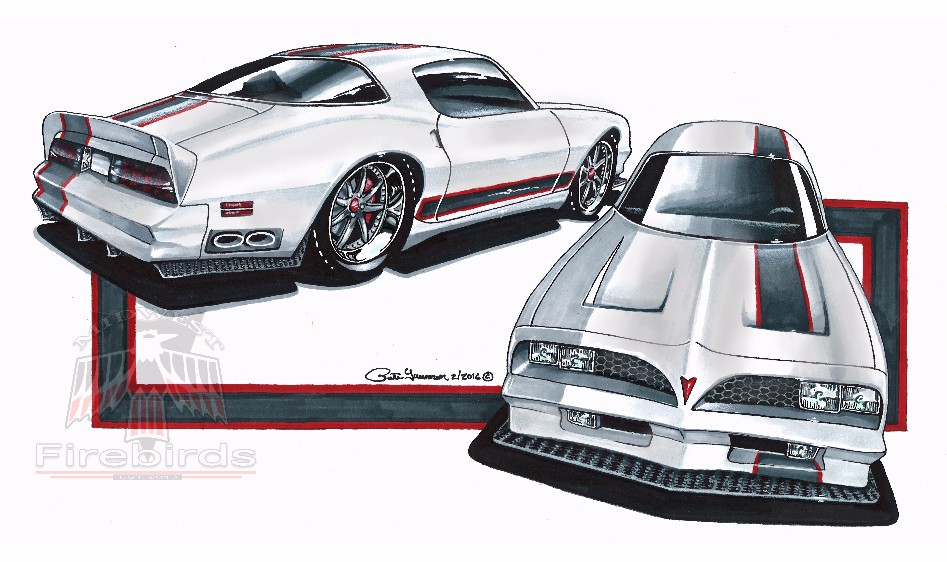 His artwork probably would not be known at all if it had not been for a couple of fateful incidents, in 2010 he suffered an illness and surgery that required sometime off of work and after a 15-year absence from creating any art he found himself picking up pencils and markers to pass the time and began posting on a website. 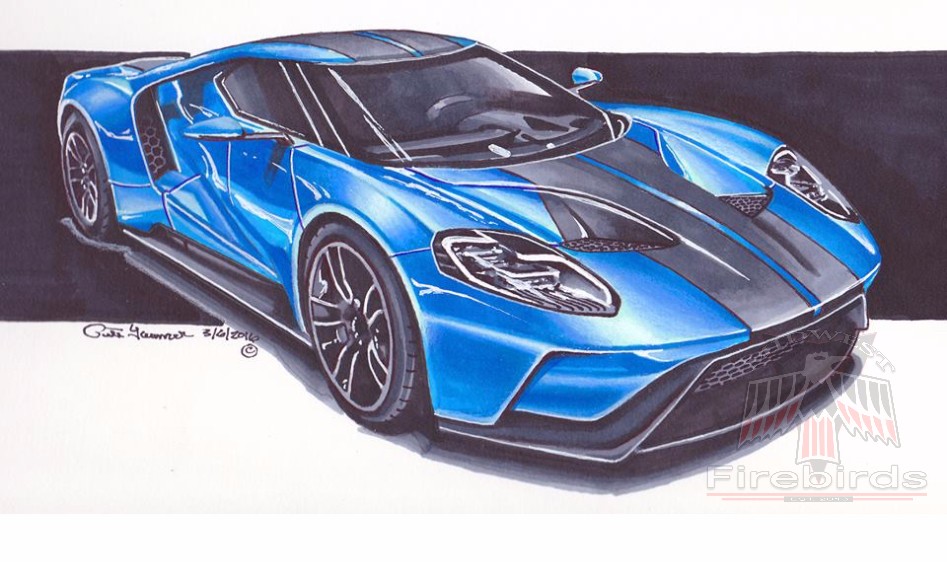 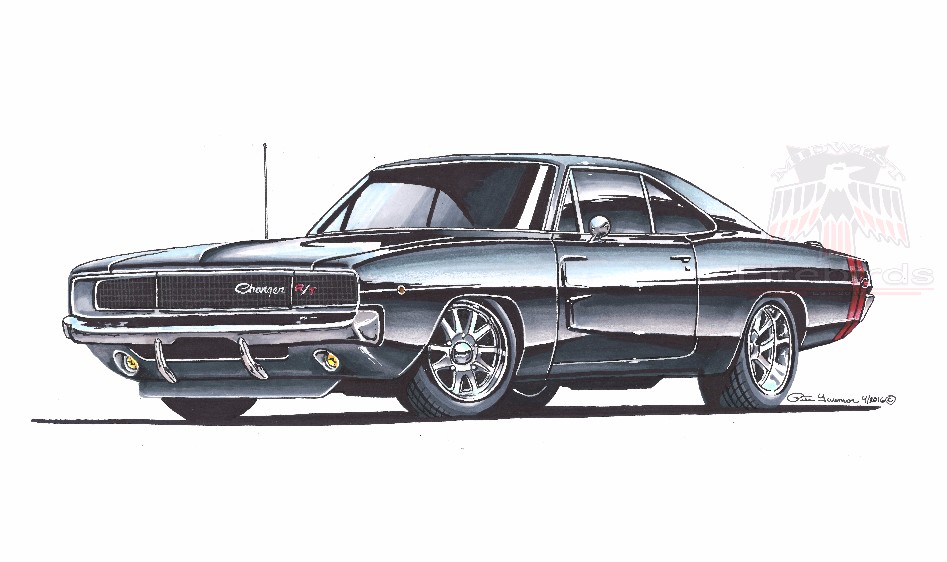 The 1970 Charger RT has always been one of my favorites, and Pete makes this one come to life! 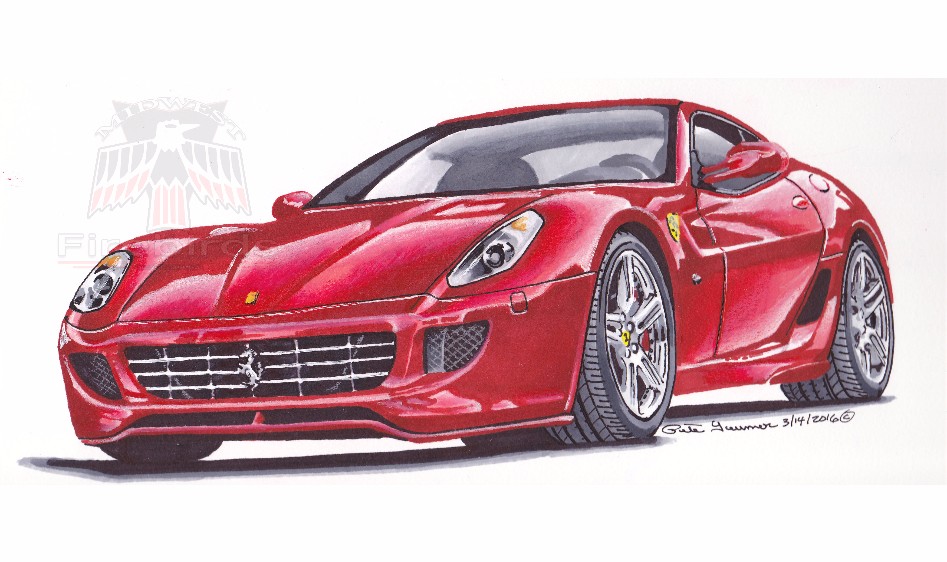 As the rust was shaken off his skills, he came to a point where he ventured and opened up a small shop of his own and with the new responsibilities associated with running a business was considering giving up his artwork again, but soon fate would intervene. 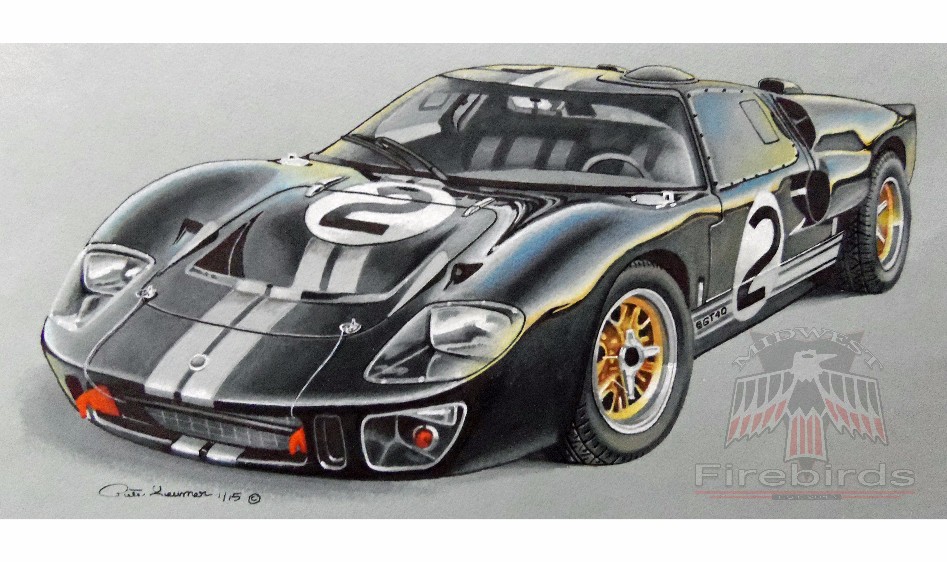 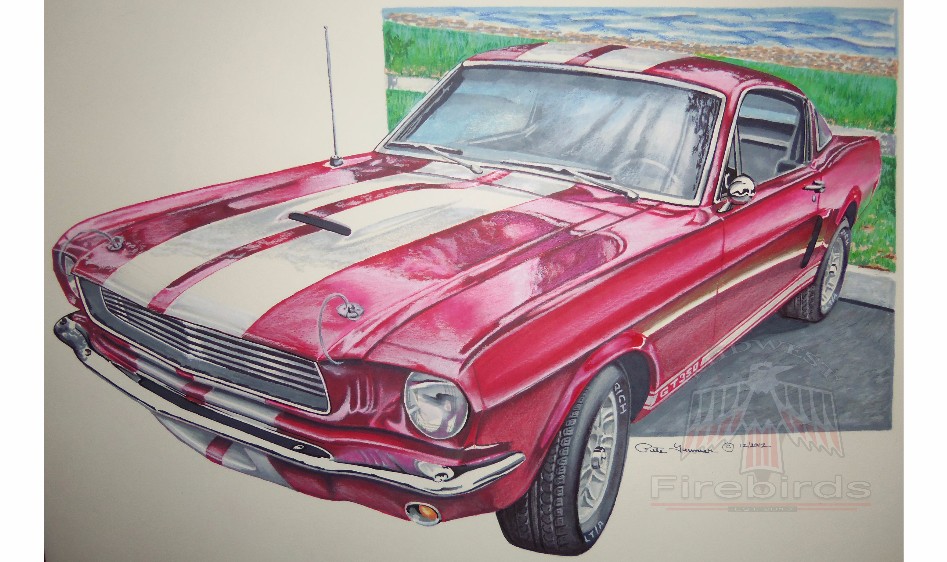 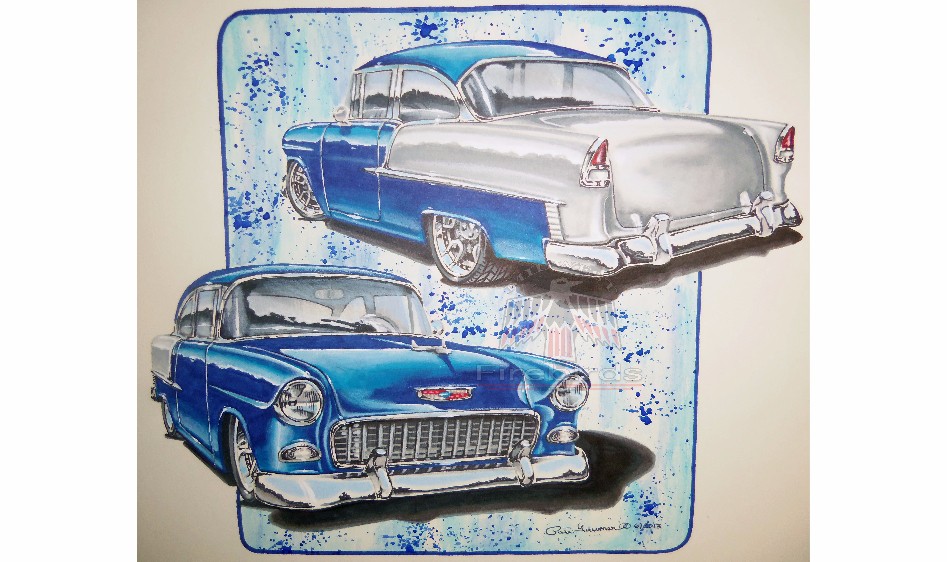 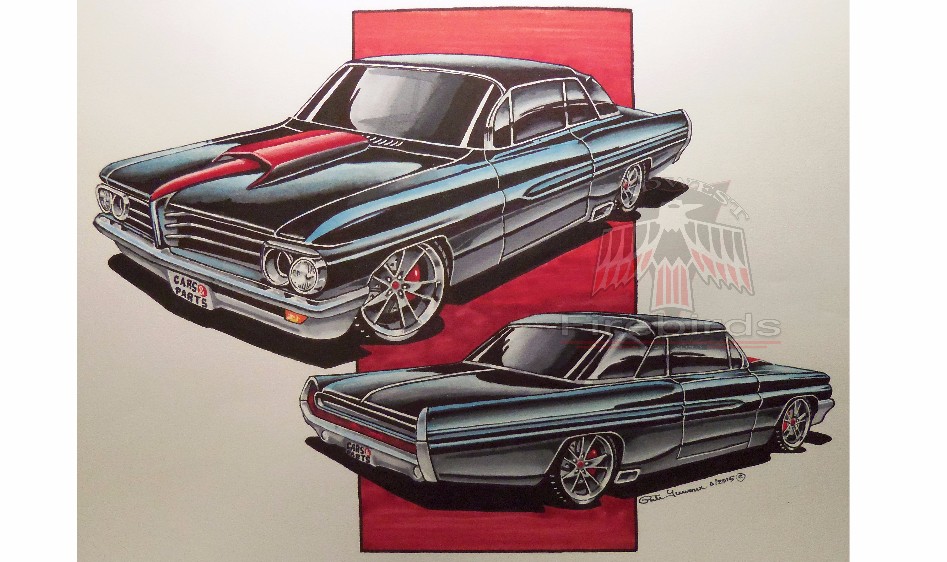 As the world of social media has blown up, his postings caught the eye of one Larry Jewett and as Pete was about to lay his art tools down, Larry contacted him. Larry offered him an opportunity to draw for a now defunct automotive magazine and that inspired the art to keep following and is forever grateful to Larry. Pete’s artwork is still a work in progress but he tries to capture the coolest aspects of the automotive world past, present and future. 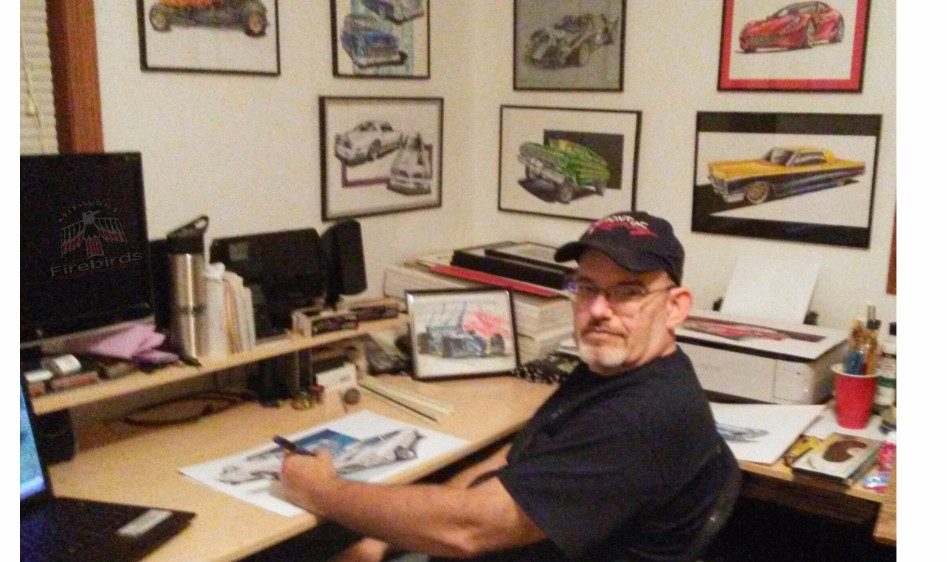 Here’s Pete in his studio last week as he is putting the finishing touches on the ’69 Trans Am rendering for our story. 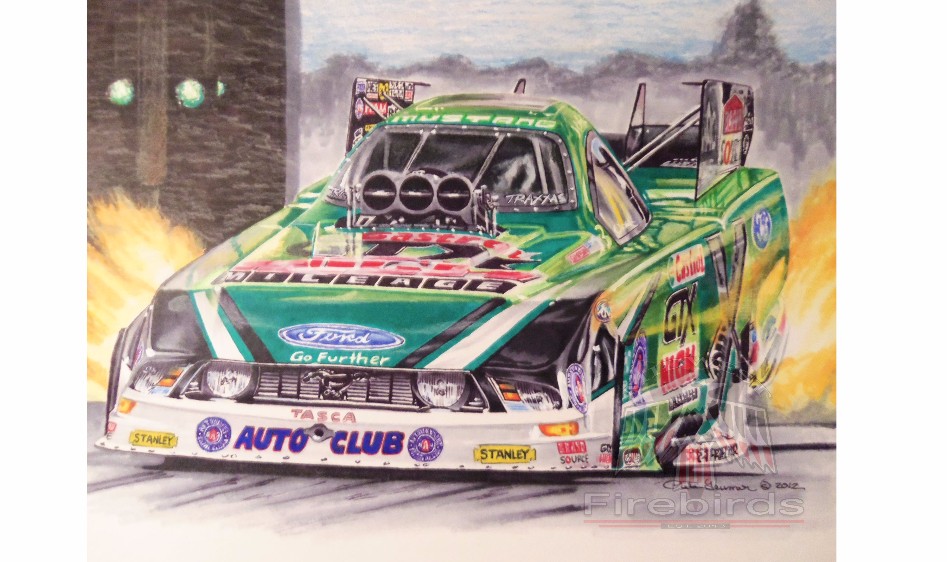 Pete operates Overrevved Studios where he creates his art and does custom paintwork and will gladly take commissions to create a work of art of your dream car. Commissions begin at $150 and after September first all proceeds from any automotive commissions will go directly to one of several children’s charities listed on Pete’s website.
You can contact him at Pete@Overrevvedstudios.com or follow his work on Instagram @ Overrevved_Studios on Twitter @OverRevvedArt

Special thank you to Pete for creating three never-before seen first generation Firebird renderings for this story and our fans on Facebook!
Story by Ken Pitcher and Pete Teumer – All Illustrations by Pete Teumer.