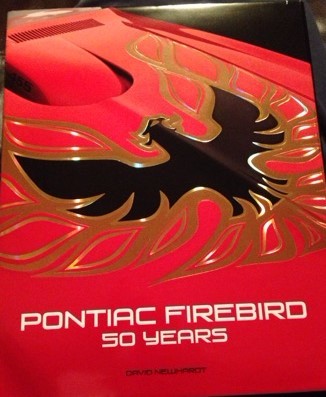 Just in time for the 50th anniversary of the Firebird is a new book by David Newhardt and Motorbooks/Quarto Publishing. It is entitled simply: “Pontiac Firebird 50 Years”. It takes its readers on the historic adventure of the Firebird’s roots from John DeLorean’s dream of a world class European style sports car to the Fire-breathing Firehawks and LS engines of the fourth generation Trans Ams. 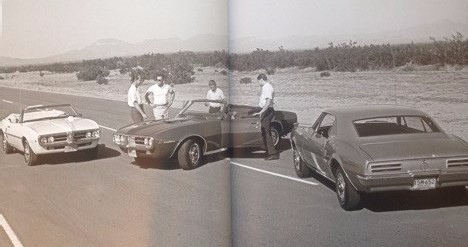 p.28/29 ’67 Firebirds ready for testing by the editorial staff at Car Craft Magazine. Note, one of the ‘birds even has an incorrect Camaro-style gas tank cap. 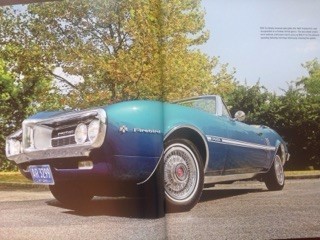 You’ll find lots of pictures of gorgeous Firebirds like this ’67. 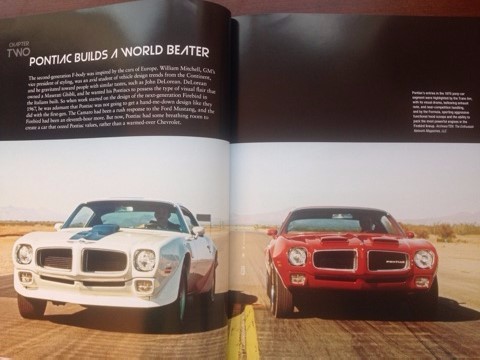 Each Generation has its own section – with a year by year breakdown.

I love the historical perspective Newhardt provides on the reasons behind the decisions made at GM surrounding different facets of the Firebird line. The book is one any Firebird enthusiast can enjoy, with sections dedicated to each generation of our beloved Pontiac F-body, going year by year through each change. It is a large, coffee-table type of book with 205 pages. It is full of tons of great pictures, and surprisingly some rarely seen shots to enjoy. What I really liked was the mix of beautiful modern photos of Firebirds with vintage historic photos. There’s also a section on all the great Movie and TV tie-ins Pontiac had with the Firebird like the Bandit series, Knight Rider, and Rockford Files. 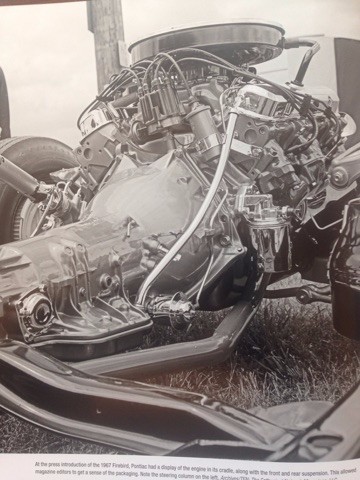 I have never seen this photo before – p. 14 – At the press introduction of the ’67 Firebird, Pontiac had a display of engine in its cradle along with the front and rear suspension. 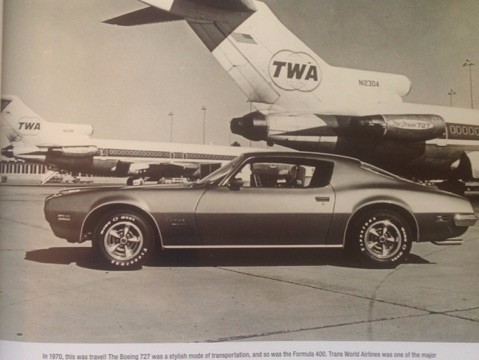 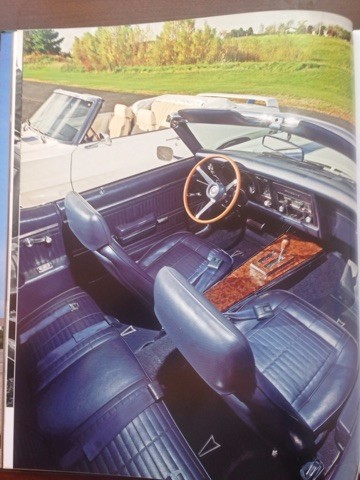 Plenty of shots both in full color and black and white of our favorite topic – Firebirds! 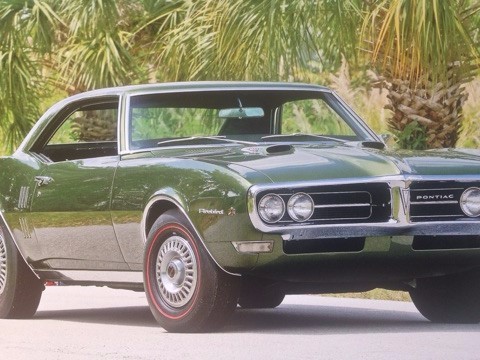 I know I’ve seen this one before, but I never get tired of seeing a ’68 Ram Air II Firebird!

Having met Herb Adams in person a few years ago, I especially enjoyed learning about his involvement in the early suspension tuning of the 1969 Trans Am, and his press conference to the automotive press in 1973 when Herb announced to the world Pontiac’s near race-car ready, 455 Super Duty engine. While at the same time, all the other American auto makers were shrinking their performance engines – Pontiac was going all out with arguably one of the most powerful engines it ever produced! 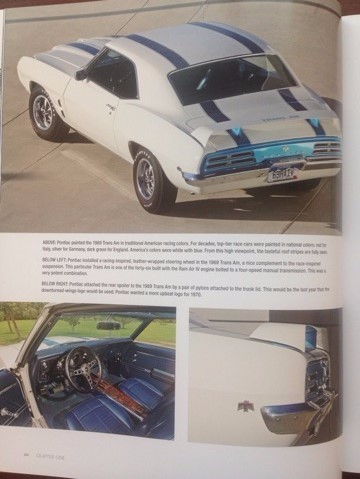 Newhardt has a nice section dedicated to the development of the Trans Am. 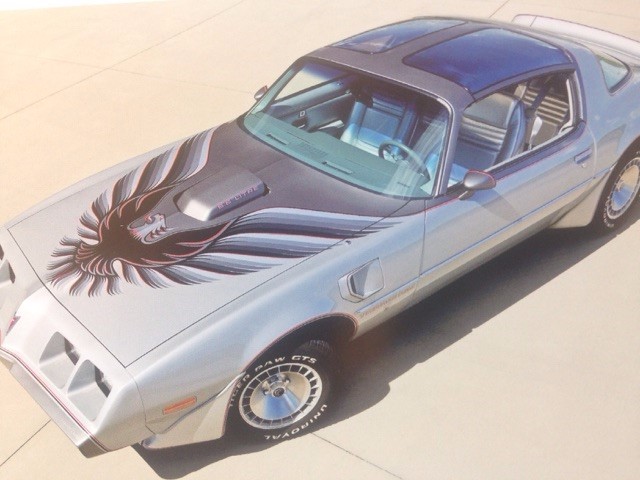 It’s fun to see all the special editions and anniversary editions like this 10th anniversary Trans Am all in one place. 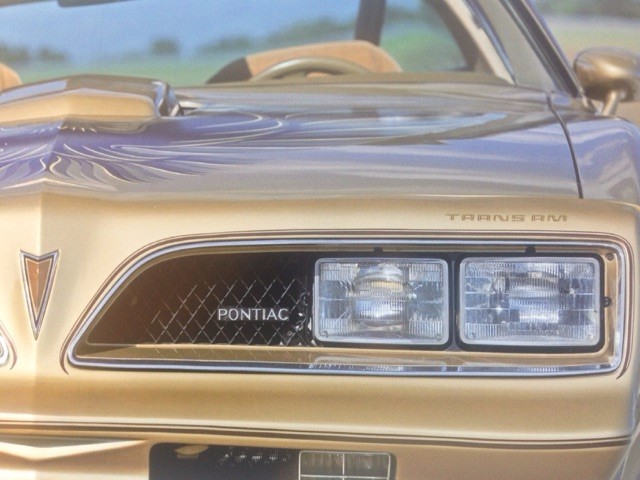 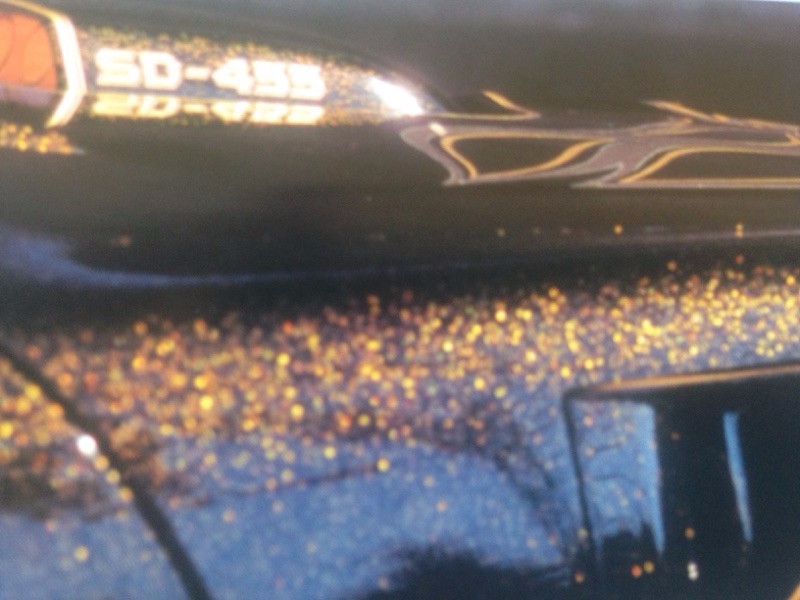 P. 83 Shows a custom 1974 Super Duty Trans Am in Black with Gold Flake – a color they did not produce. It is a special car for the Chicago Auto Show of that year. 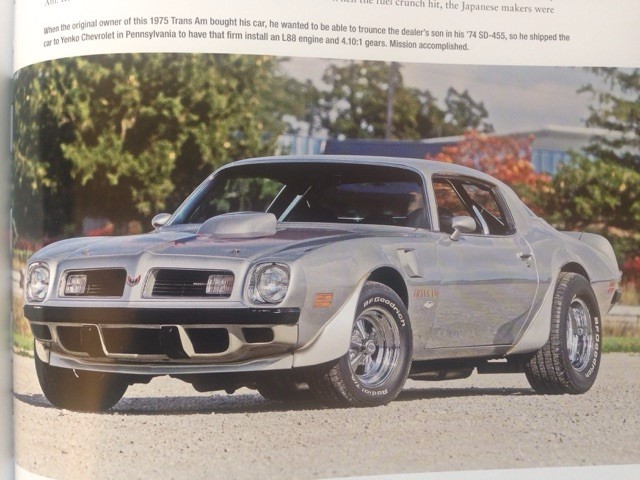 Did you know that Yenko modified a Trans AM in 1975? You can read in this book about some very rare Firebirds, Newhardt states this is the only Trans Am to ever enjoy the Yenko treatment! 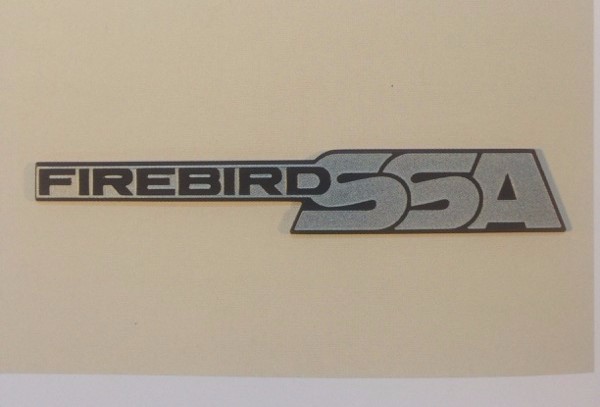 P. 158 – A Firebird SSA – I never realized Pontiac would produce “Regional” special edition Firebirds as a way of gauging public response to new ideas. This Sport Appearance Package on the Firebird was only available for a short time in 1989 and only in the San Francisco/Sacramento area. 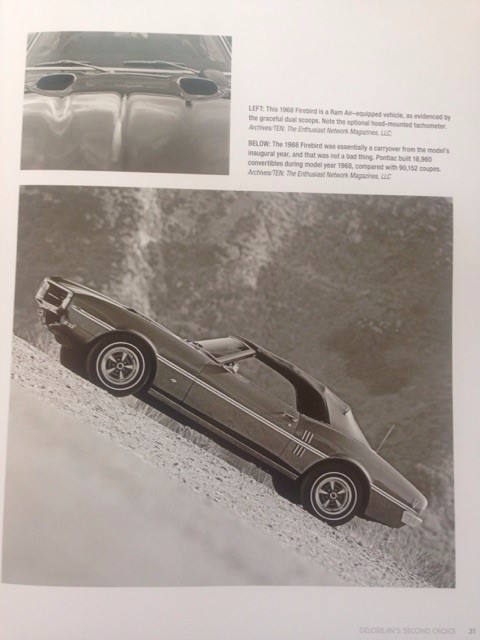 P. 31 – Shows a RA convertible ’68 with a stripe I have never seen before. However, I don’t know if it was provided from the factory like that for an advertisement or magazine test car, or a modern photo simply shot in black and white. 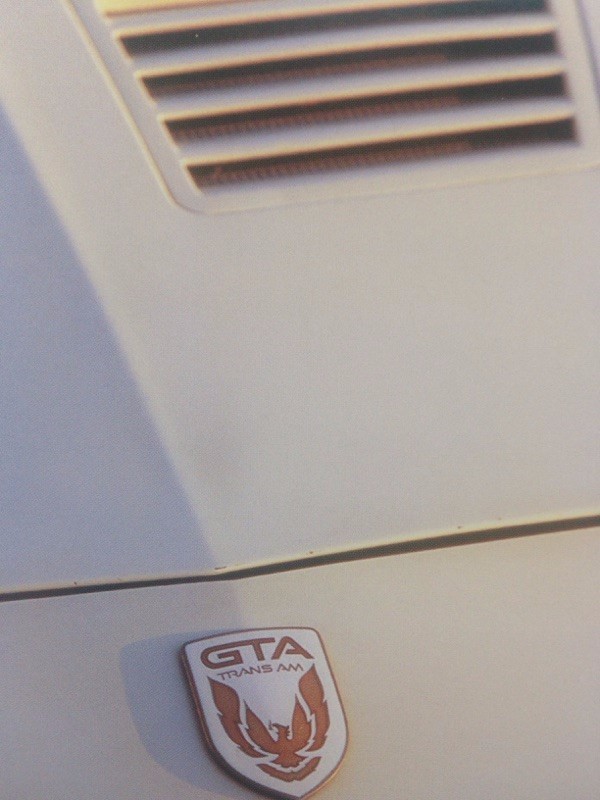 The GTA was the top of the line performance option for the Trans Am in 1988. 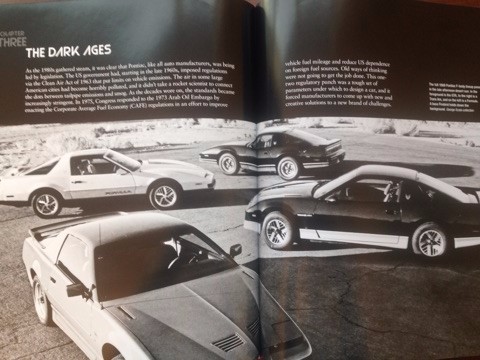 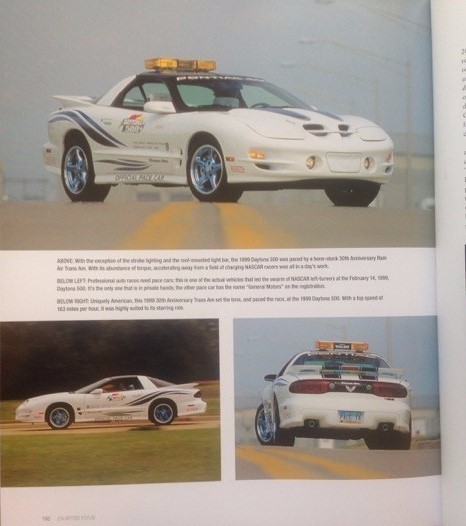 From Ram Air to Trans Ams, Formulas and GTAs to Firehawks, this book covers all things Firebird in a way everyone will enjoy. I wholeheartedly recommend adding this book to your Pontiac library. The cost is $50.00 and it is available at Amazon, Barns and Noble and directly from the publisher, at www.Quartoknows.com. 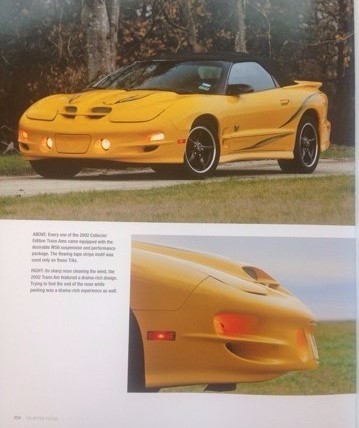 The end of an Icon – the 2002 Collector Edition Trans Am – complete with special stripes, LS1 engine and WS6 suspension and performance package.

(Story by Ken Pitcher, all pictures taken from the book “Pontiac Firebird 50 Years.”)