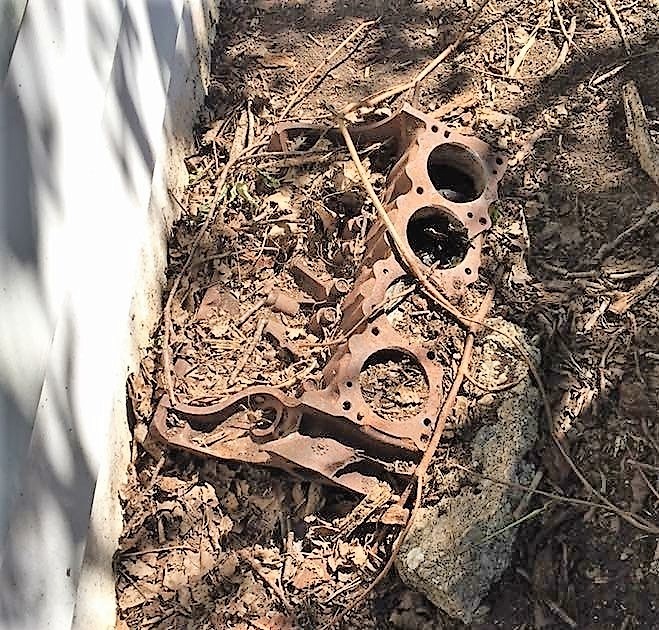 “As I rake around this pretty big object I noticed there’s an engine more than half way in the ground!”

I’ll start by saying this – I’m looking for the owner of a 1968/1969 firebird! My name is Teri Reed, and most people know me as Ladytata in the Pontiac world. I part ’70-81 Firebirds and love it with a passion. I would love to find the owner of this ’68/69 Firebird engine.  A while back, I bought a garage on a single plat of land in Illinois. It wasn’t maintained very well, there were weeds as tall as me, and as thick as a sugar cane. As I was snipping and cutting away, literally with tree branch cutters in my hand, layer upon layer of weeds, I finally started to get to ground level, and I noticed there’s something big in the ground, swallowed by the earth. 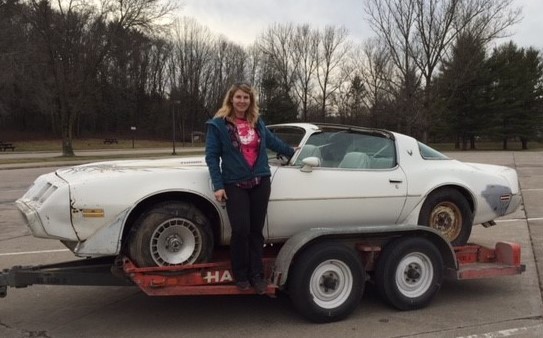 Teri with one of her second gen Firebird treasures. 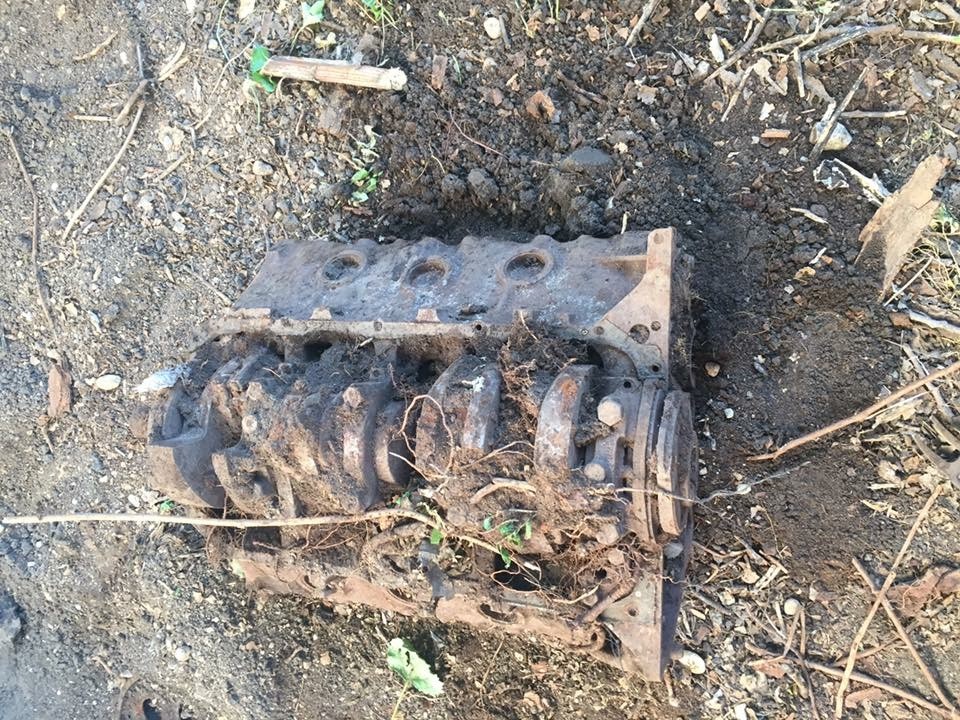 Full of mud, rocks and weeds – but this one is a treasure to the right person. 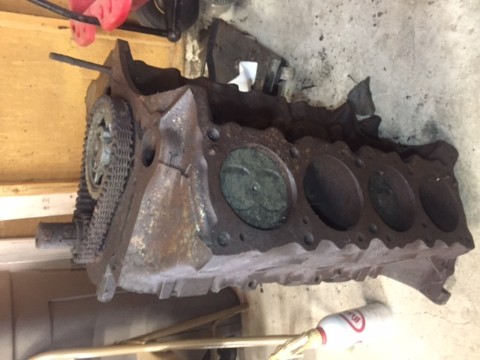 She would love to find the true owner of this Firebird engine, so please contact her if you have the matching numbers car! 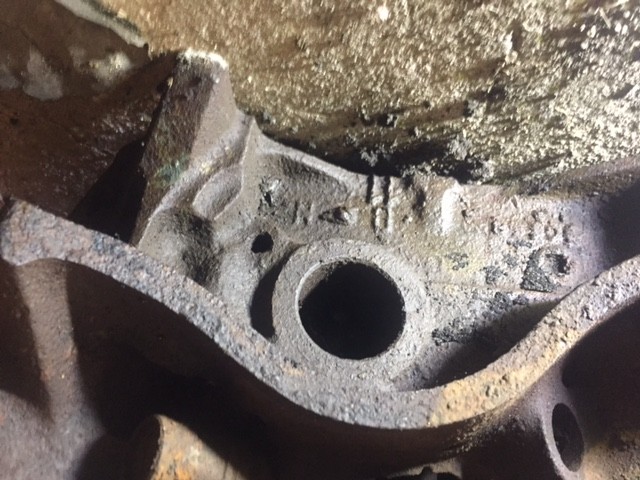 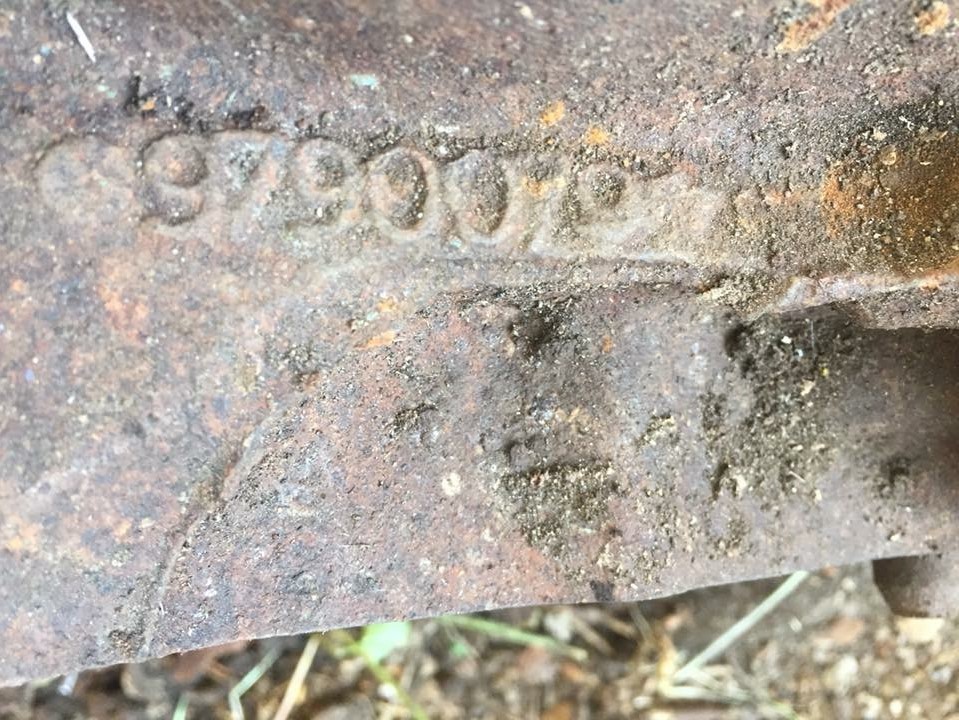 I thought to myself “oh great, how am I going to get that out?”, I started to dig. Now for all of you that don’t know me, let me just say, I’m a girl parter, and curiosity always get the best of me. With that being said, I had to see if I could see what this engine is, and sure enough I did. Now what to do with it! 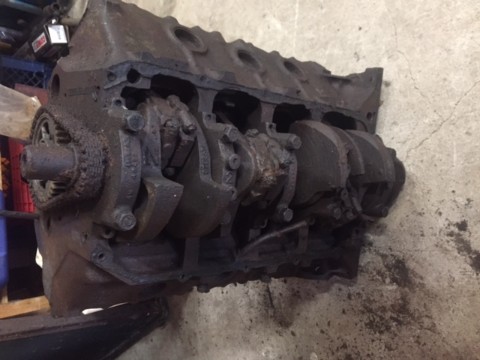 A very rusty block, but maybe it could be saved?

That’s were Ken and the Midwest Firebirds come in. I would like to find the owner of this engine to reunite the two together, but I didn’t know what to write. It might still be a good engine or it might make a great coffee table, but it is something that should follow the car from owner to owner, and I would love to see it back where it belongs. Vin# 535422 WC block, 9790079 cast number. If you think this engine belongs in your Firebird, let me know. You can email me at teri30@hotmail.com 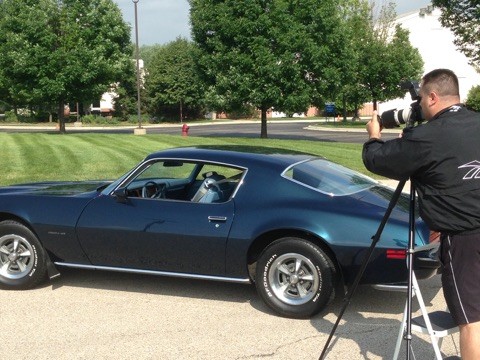 We first met Teri when we were doing the photo shoot with author Rocky Rotella for his book on Firebirds. 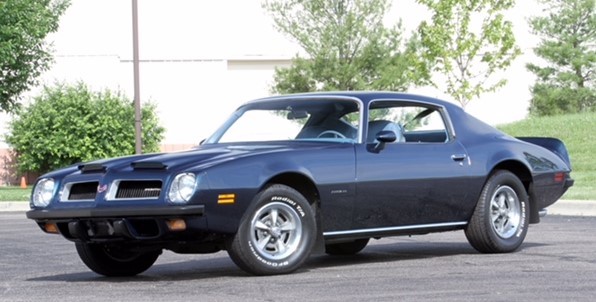 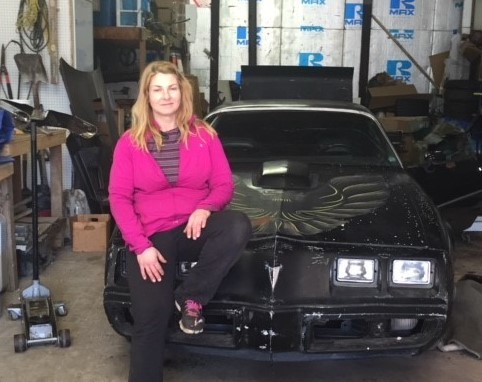 Always around Firebirds and Trans Ams, Teri Reed is a great resource if you have a second gen project that need help.

(Story by Teri Reed.  Pictures by Teri and Rocky Rotella.)