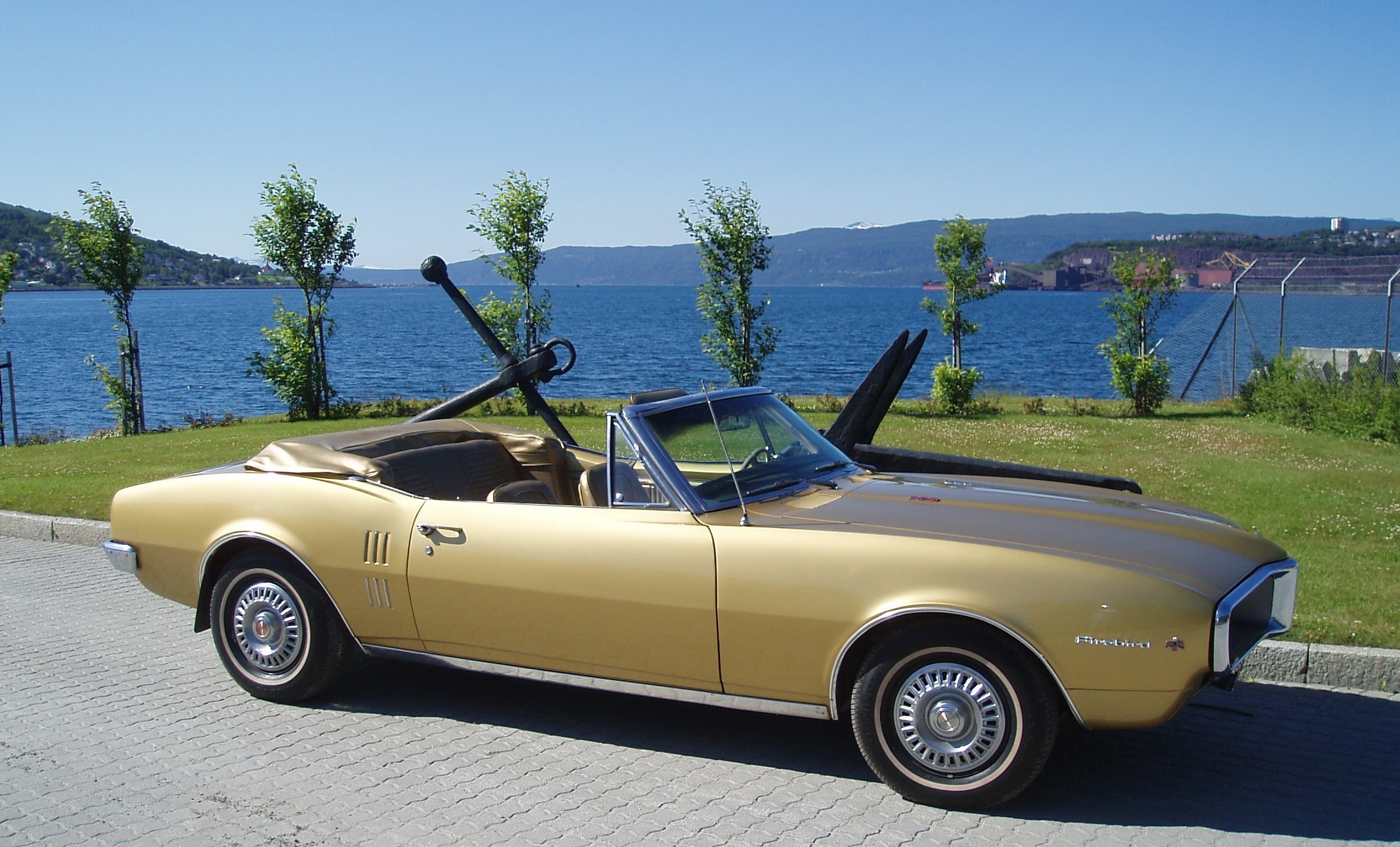 How many 1st Generation Firebirds would you see above the Arctic Circle? Probably not too many but there is at least one, a pristine ’67 326 Coronado Gold convertible running around the mountains and fjords of Northern Norway, near Narvik. 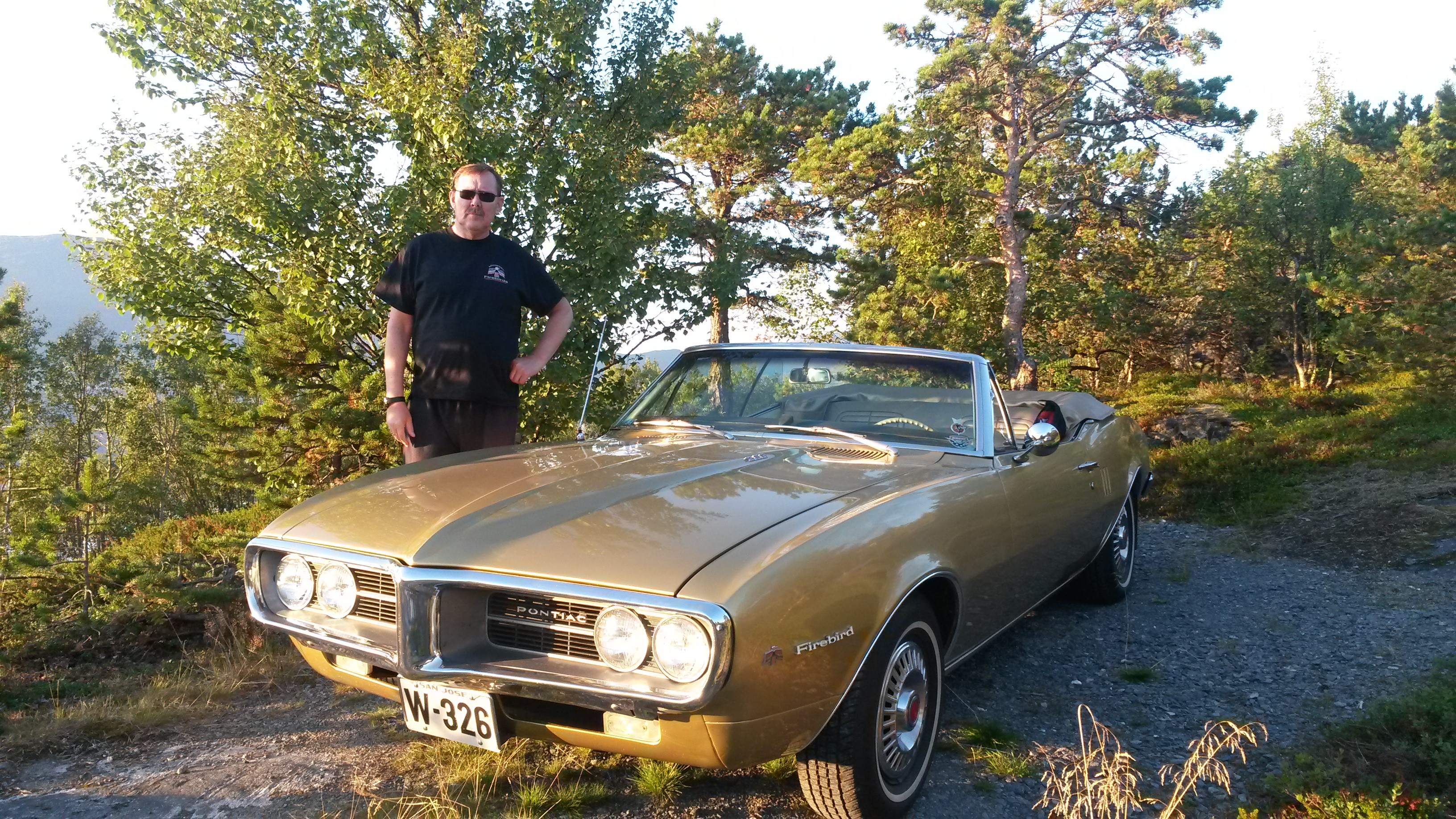 Norwegian owner, Bjorn, found his beautiful ’67 in 2004. With the exception of a one-month ownership by the person Bjorn purchased it from, the car was owned by one family in California. It was purchased new in 1967 from Allison Pontiac of San Jose. The rust-free “black plate” car was very well maintained and, as Bjorn called it “incredibly clean”. 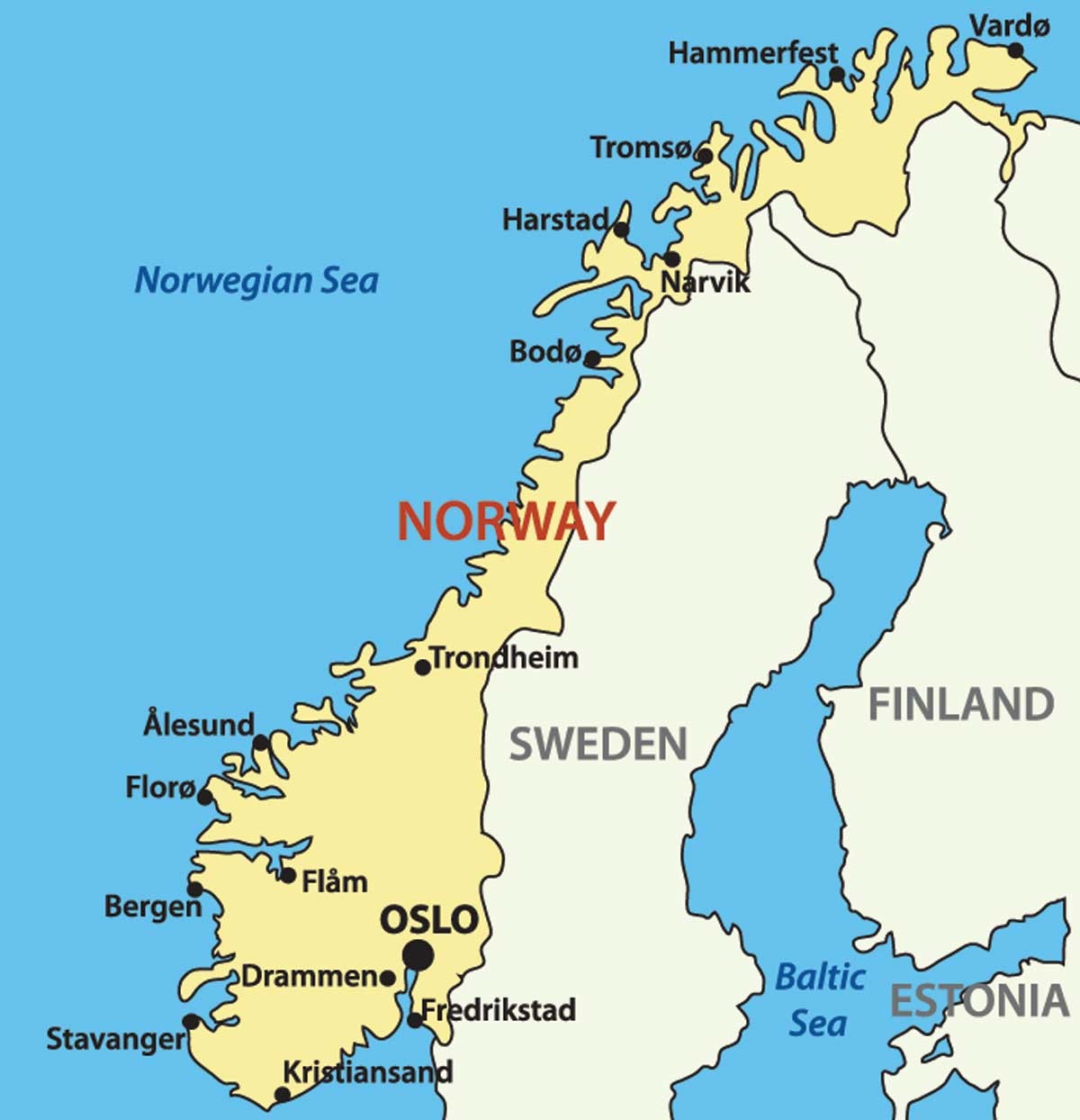 The city of Narvik, located 130 miles north of the arctic circle, has a population of close to 20,000 and is located on the shores of he Ofotfjorden, on the Norway/Sweden border. It can be reached by train from Sweden. 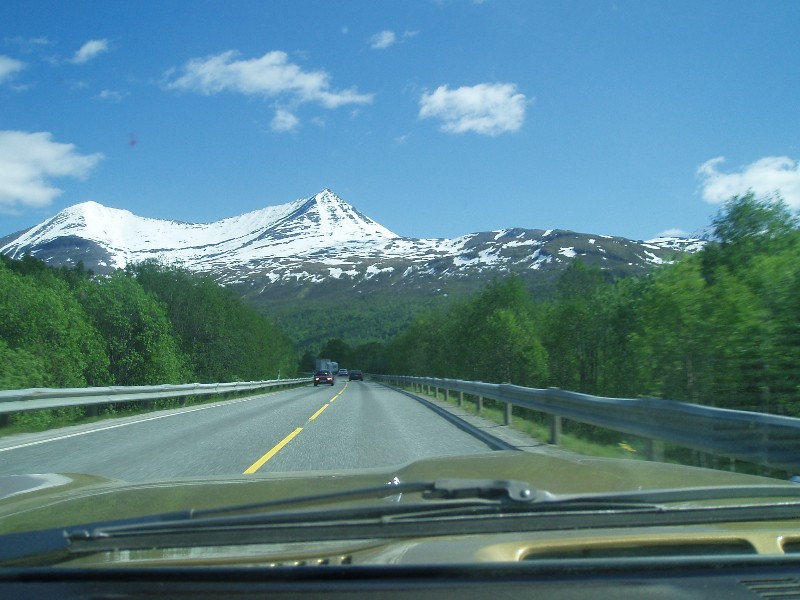 There is no question that his cruises in the ’67 are enjoyable especially with this kind of scenery! 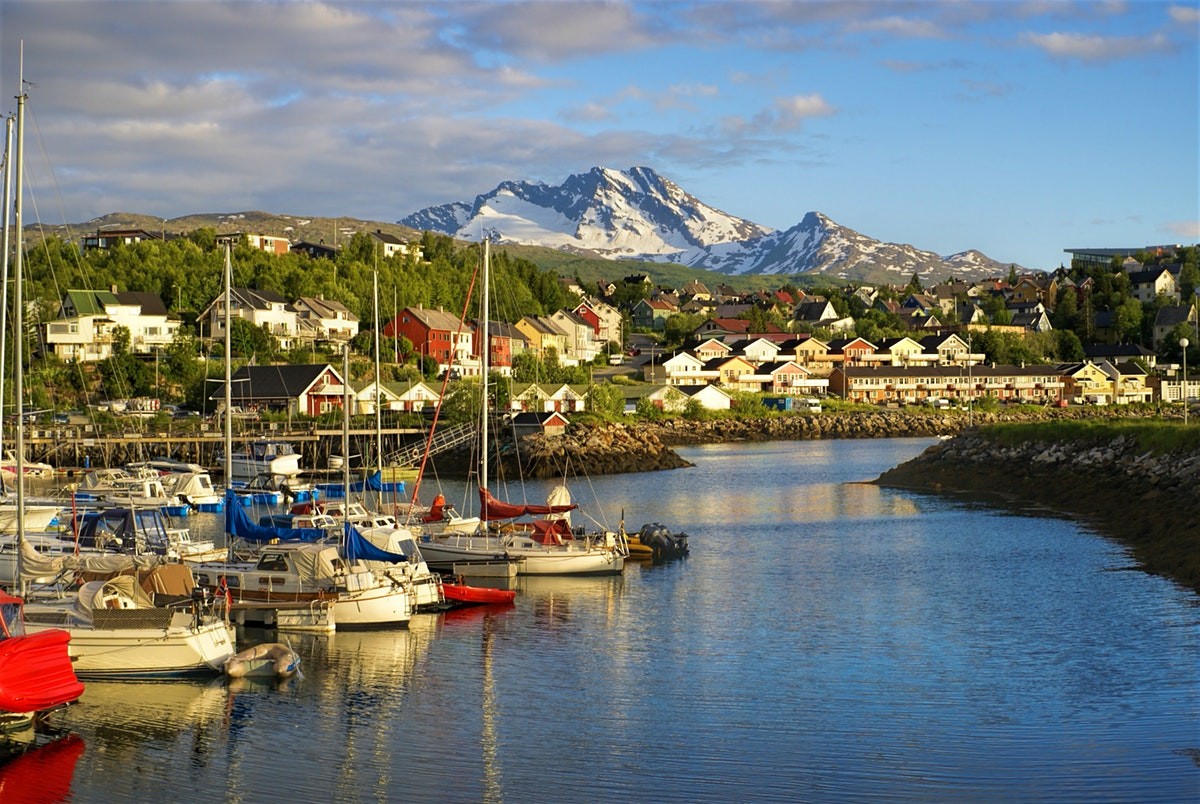 Narvik is a popular location to view the midnight sun, which does not set between May 25 and July 18. However, in the winter, the sun remains below the horizon from late November until mid-January when there is only a bluish light for a few hours around noon. 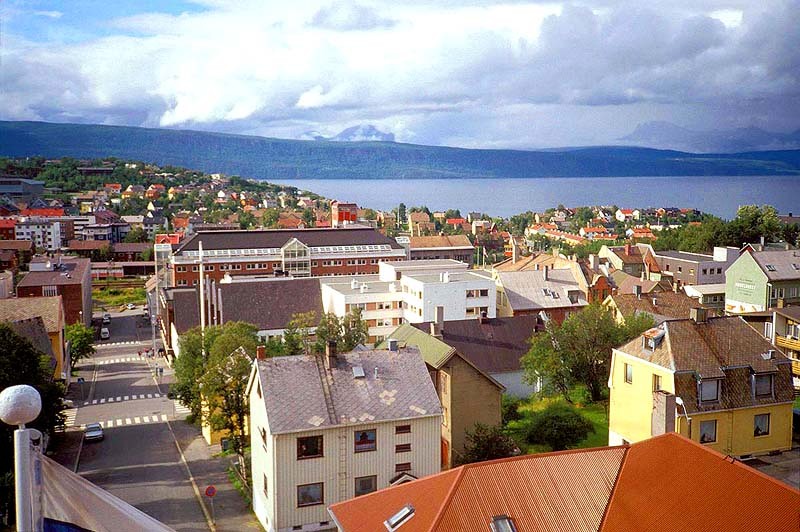 Narvik was developed as a year round, ice-free port for nearby Swedish iron mines, thanks to the warm Gulf Stream. The port is also naturally large, allowing boats of virtually any size to anchor. 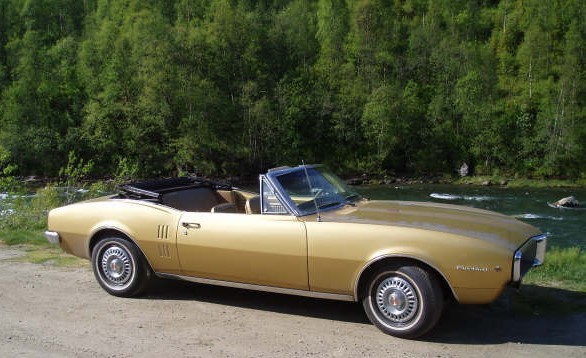 When Bjorn, an experienced body shop man, did his thorough restoration he found that with the exception of redoing one previous quarter panel dent repair, there was so little rust it generally only needed cleaning, prepping, painting and reassembling.  He was able to obtain detailed records and original documents such as the Protecto-Plate and build sheets of his ’67 Global Bird.  Plus all the DMV registrations over the years have all been preserved. 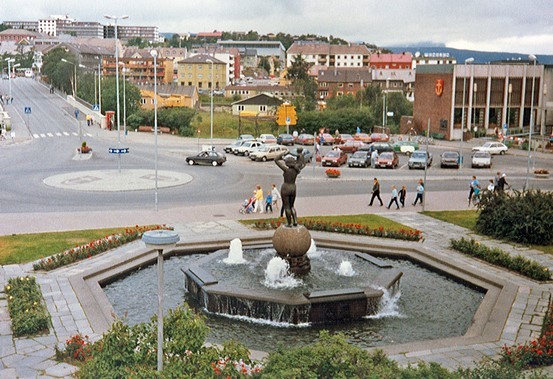 The town of Narvik has a war museum, and its port proved to be strategically valuable in the early years of World War II. In 1939, Germany’s war industry depended upon iron ore mined in Sweden. During the winter when the Gulf of Bothnia froze, shipments of the ore needed to be transported through Narvik and, from there, down the west coast of Norway to Germany. Winston Churchill realized that the control of Narvik meant stopping most German imports of iron ore during the winter of 1940. Much fighting went on there, and several sunken warships from both sides are still there today. Later in the war, German submarines and warships based there threatened the allied supply line to the Soviet Union. Possession of the Ofotfjord was important to the German Navy since it provided a refuge for warships like the “pocket battleship” Lützow and the battleship Tirpitz outside the range of air attacks from Scotland. Also, possibly U-boats were based at Narvik. 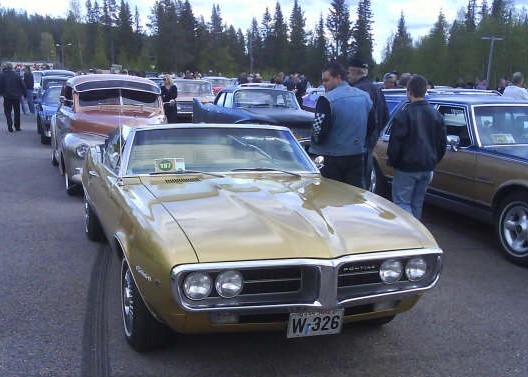 Bjorn is active in a couple of American car clubs in Norway. How many 1st Gen owners have won a Best in Class trophy at a car show with a name like, Midnight Sun Meet? 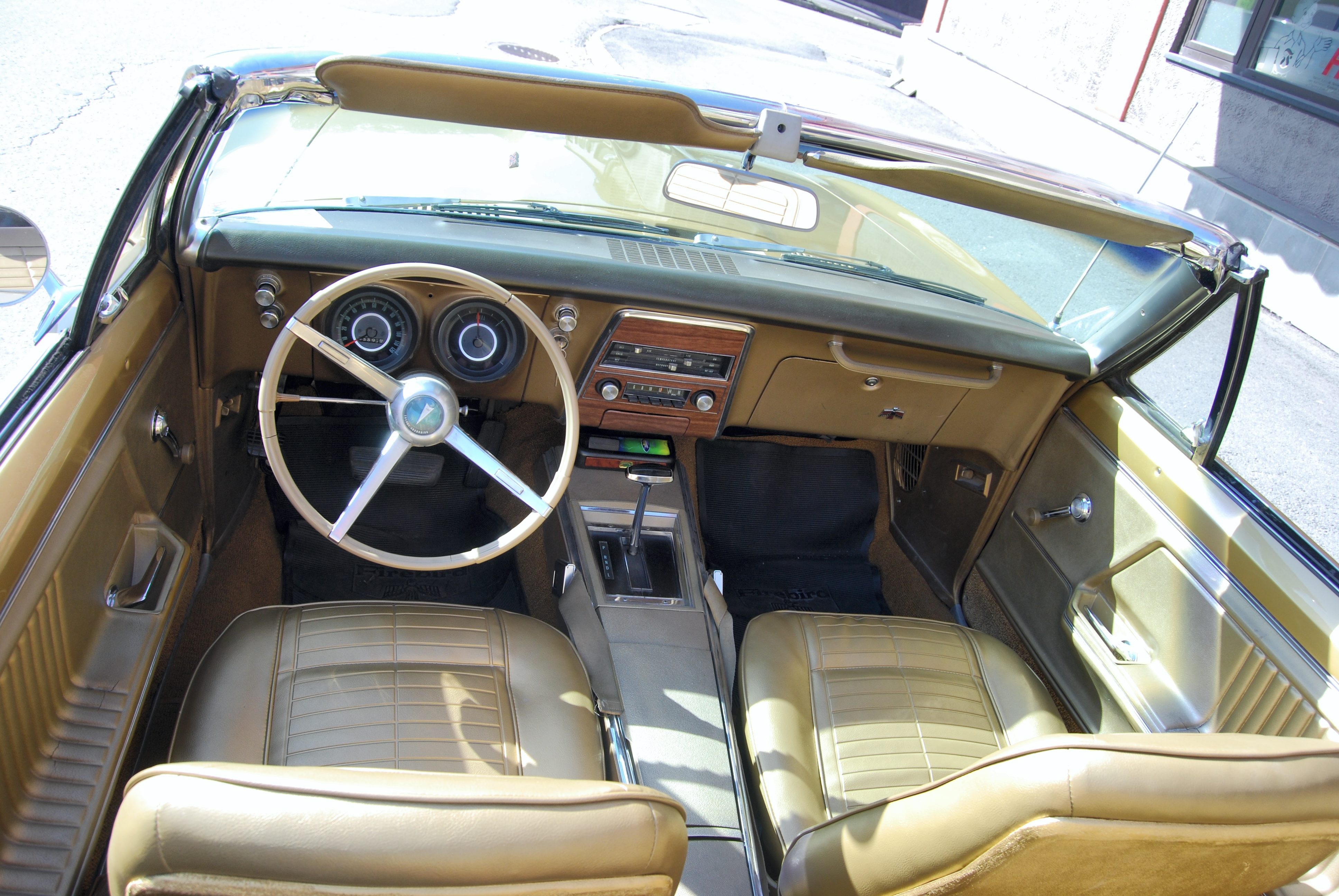 A bird’s eye view of this ‘bird’s Deluxe Gold Interior. 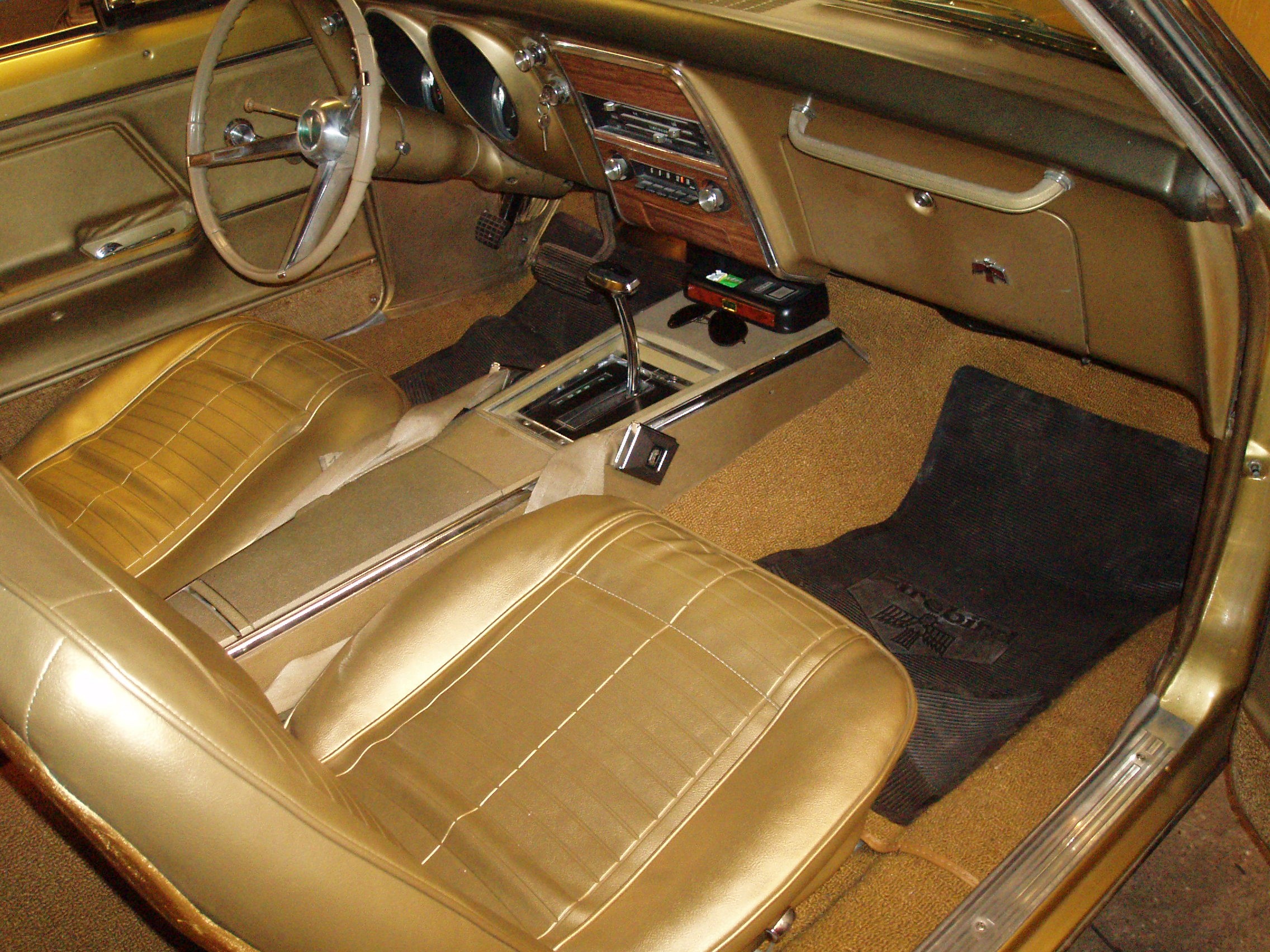 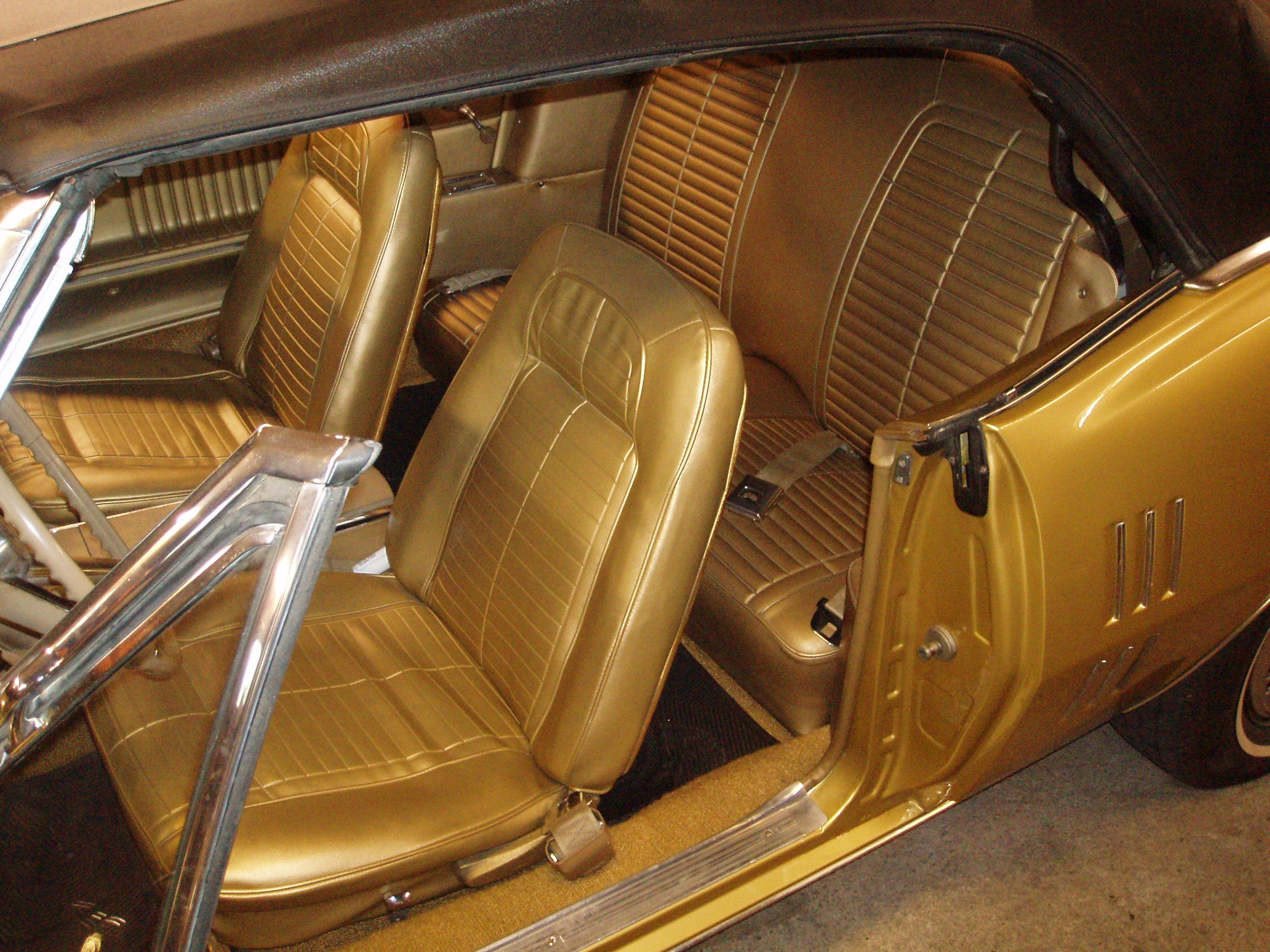 Another view of this Firebird’s immaculate interior. You also get a glimpse of the black top in this picture. 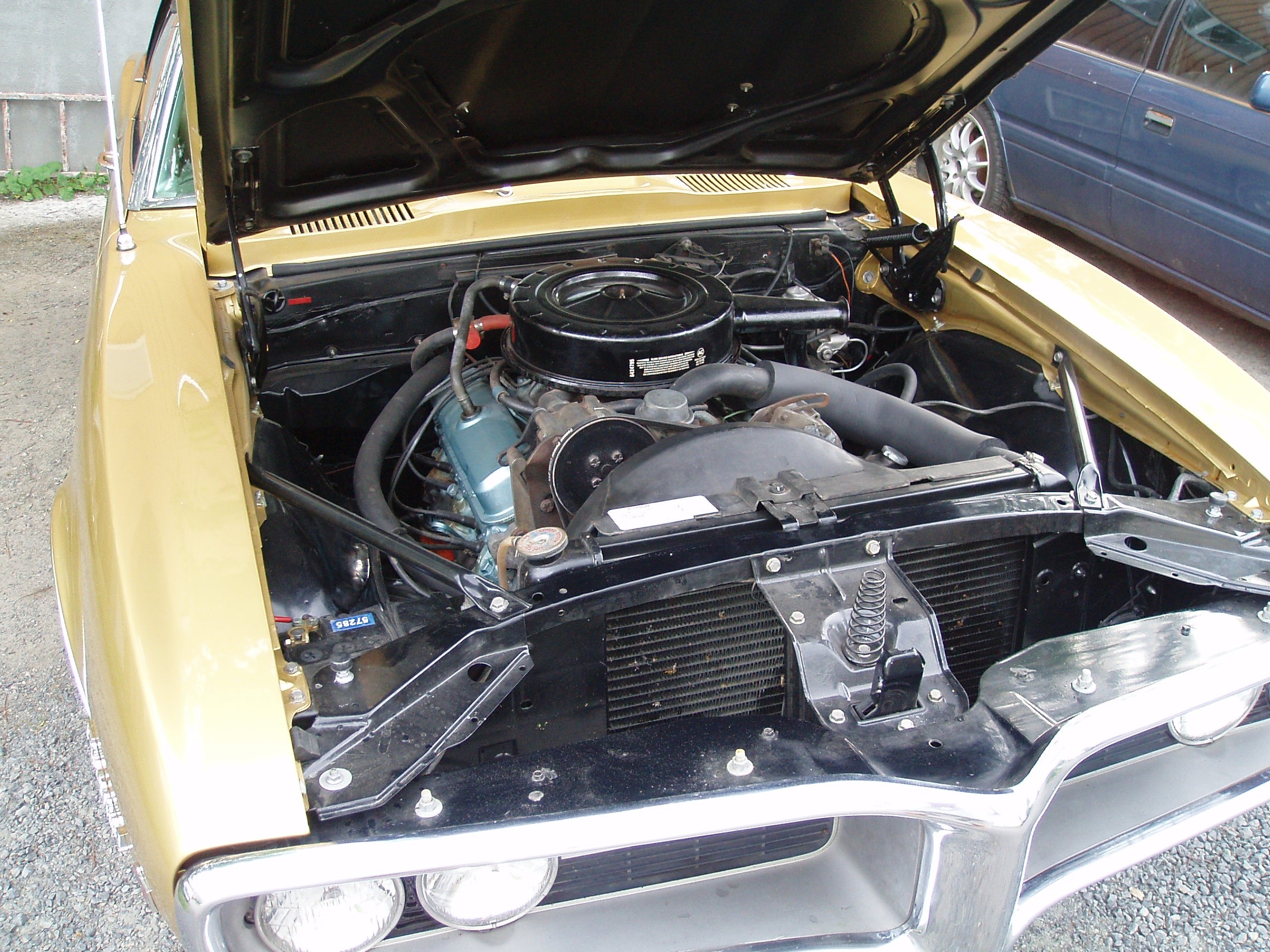 To the discerning eye, the smog pump on the left is a subtle tip-off that this was originally a California car. 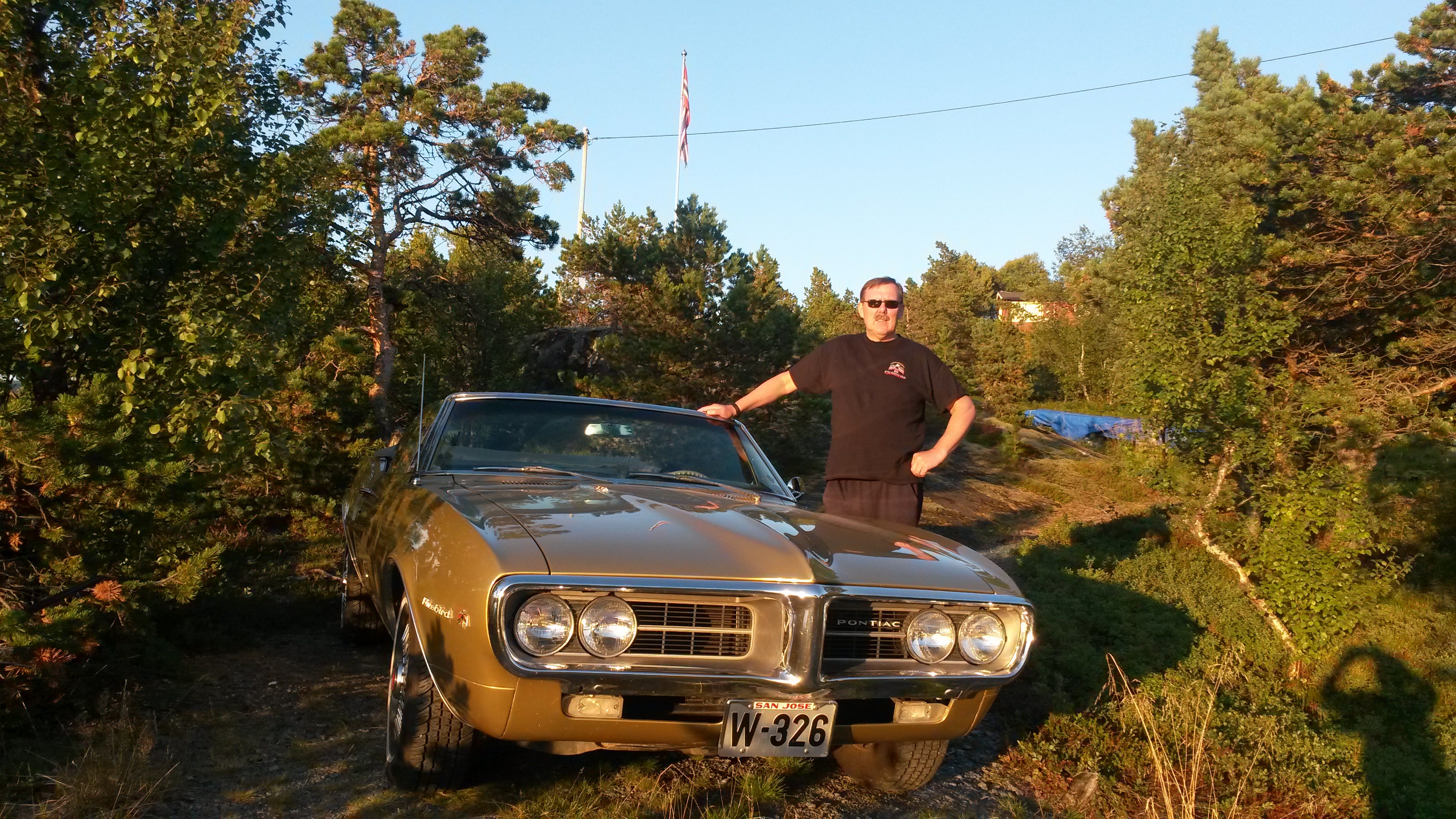 If you look closely, you may recognize Bjorn is wearing one of our club T-shirts by his car here in Norway. It’s wonderful to have fans all over the world!

Several 1st Gen owners, including a few Midwest Firebirds members have met Bjorn during his family vacations to different parts of the United States. Now, as a regular Florida West Coast vacationer, he would like to meet other 1st Gen enthusiasts when in the States.

(Story by Jim Calvin and Ken Pitcher, with help from Wikipedia.  Pictures by Bjorn.)