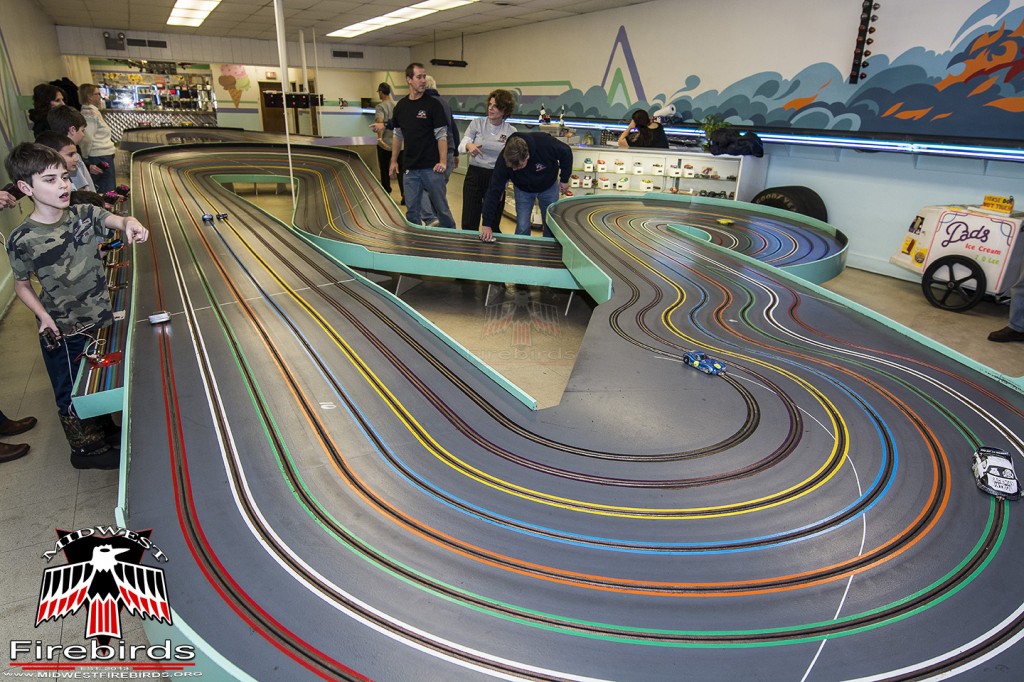 Our January 2014 club event was held at Dad’s Slot Cars in Des Plaines, IL. Despite the rainy and icy conditions outside, everyone had a great time inside.  Ten of our members from around the Chicago suburbs, joined by spouses and kids, came out to enjoy the fast paced racing action of the 1:25 scale model cars. Half the challenge is keeping your cars on the track as they zoom quickly around the turns! By the end of the night, many of the members had learned the ins and the outs of the track and the thrill of achieving maximum speed on the straightaways. Plenty of ice cream and phosphates were available at the old fashioned soda fountain where members and their families congregated during pit stops. Our next event will be Bowling and Bocce in February, see you then!

**To see what club activities and events are coming up, check out the 2014 Event Calender** 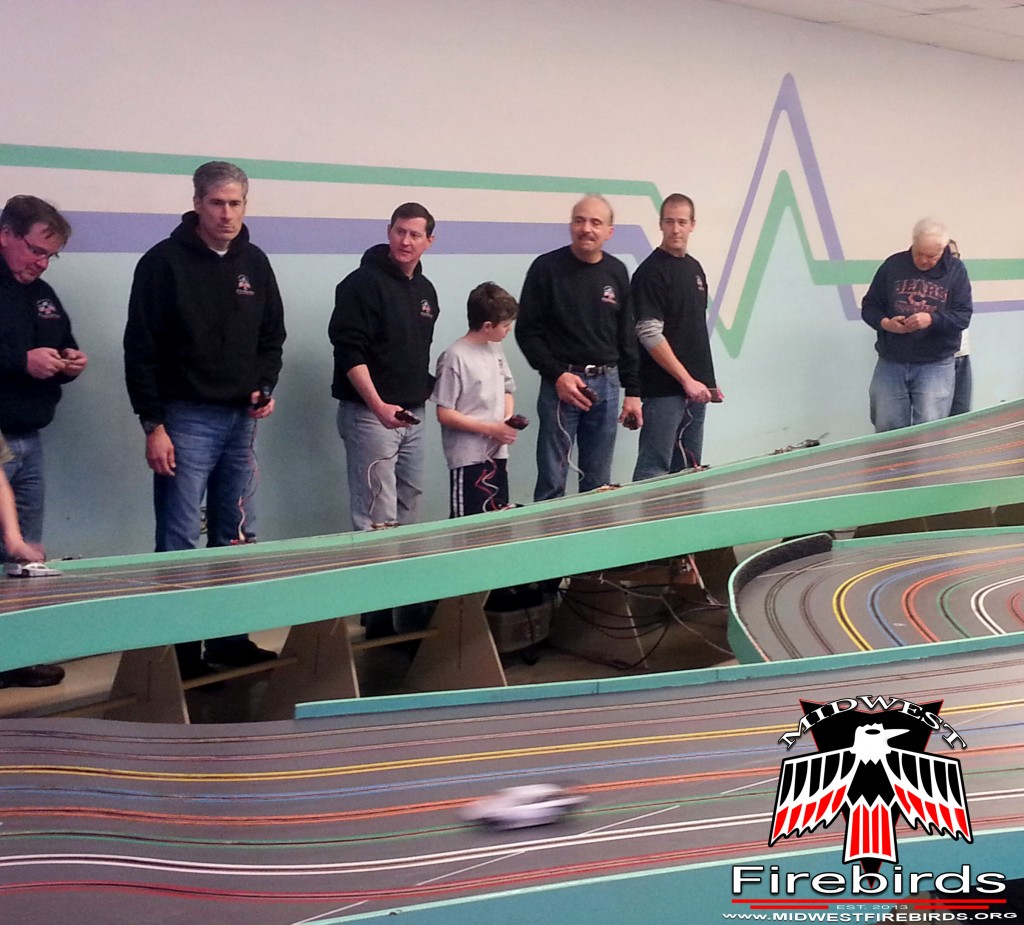 Members lined up for some friendly, and at times intense, racing action. 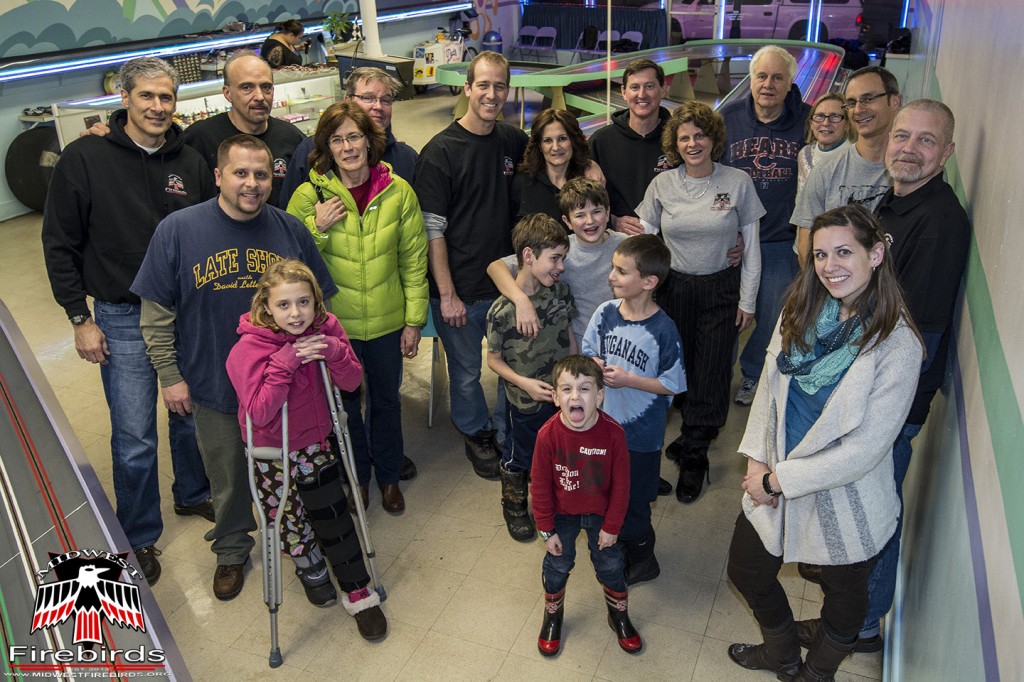 Members, their spouses and their kids came out for the event. 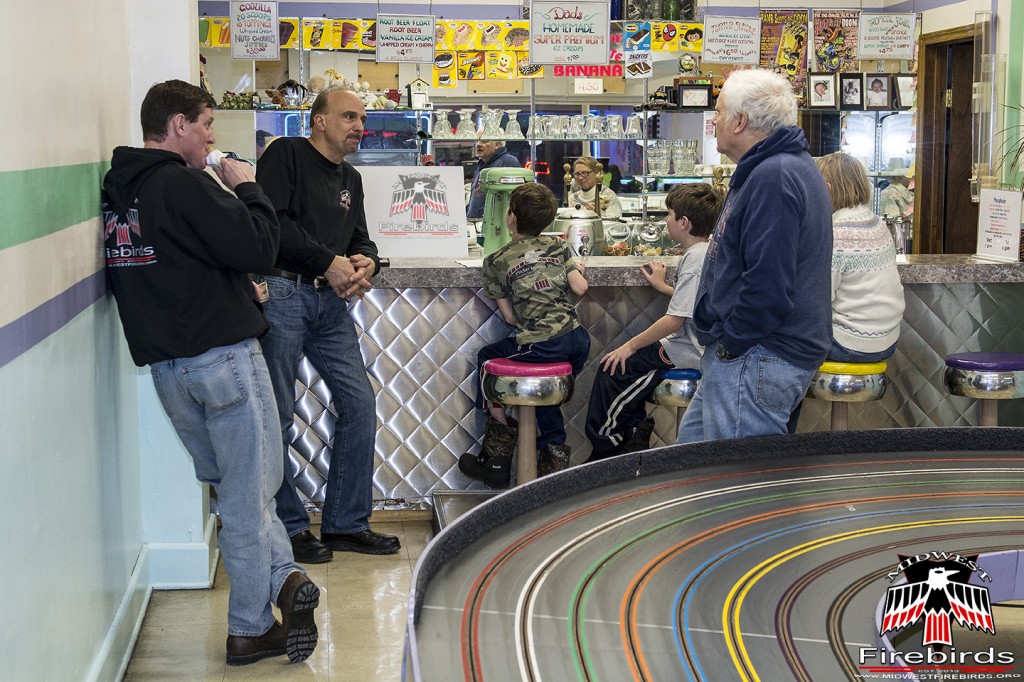 A popular hangout during pit stops was at the ice cream counter. 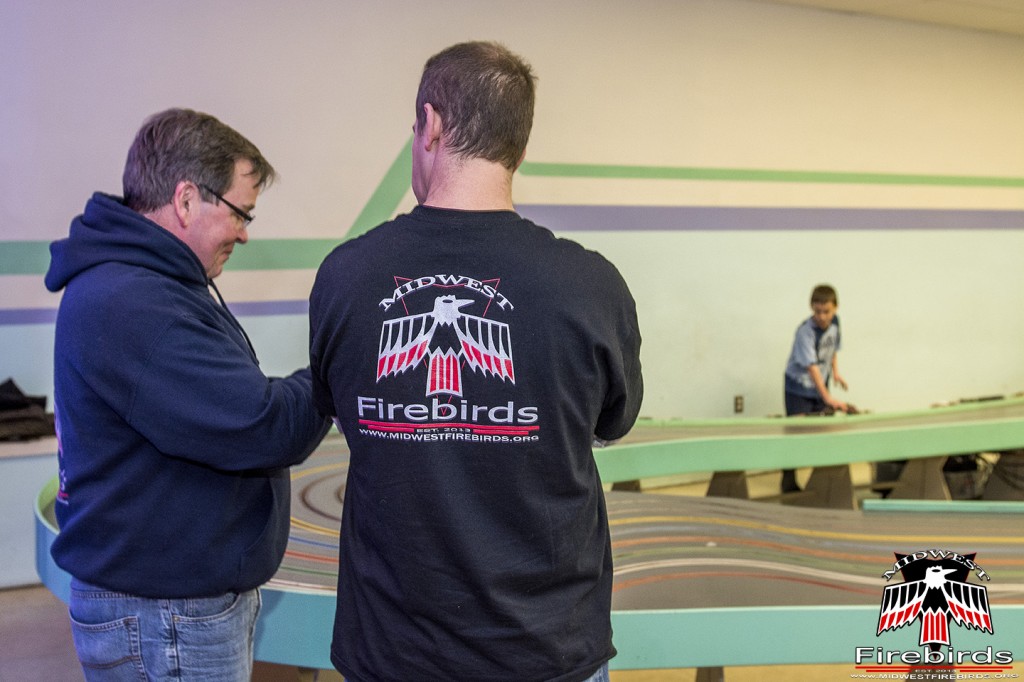 Members enjoyed chatting about cars, both of the 1:25th scale as well as the full size scale. 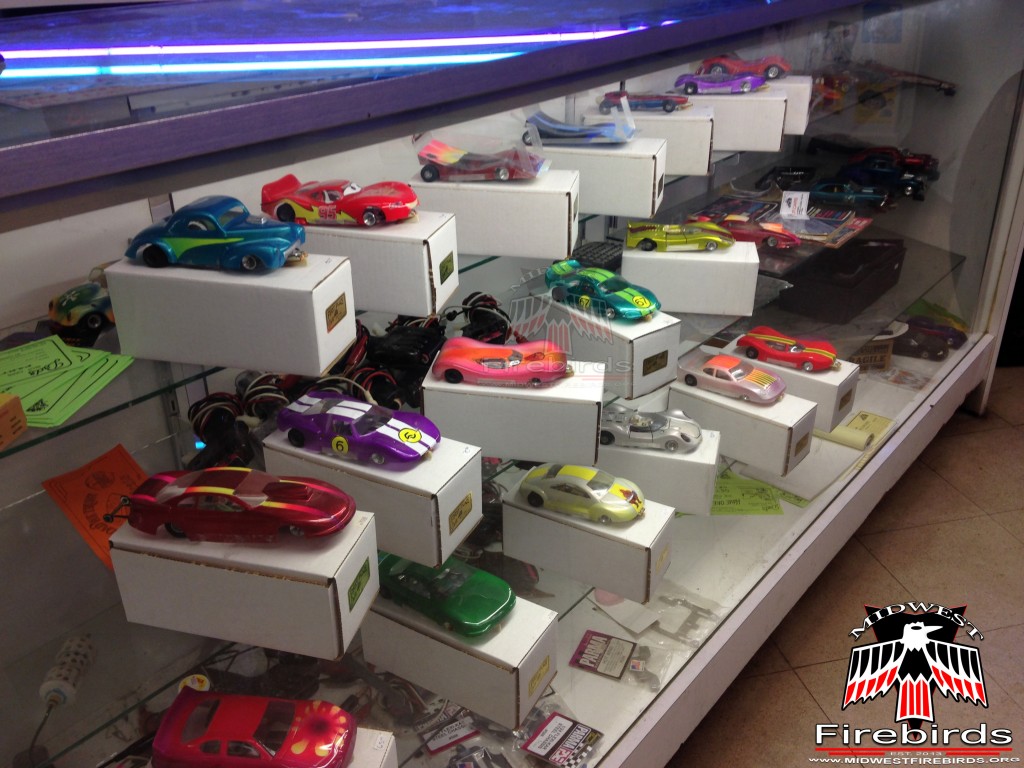 Dads has a wide range of 1:25th cars for rent and for sale. 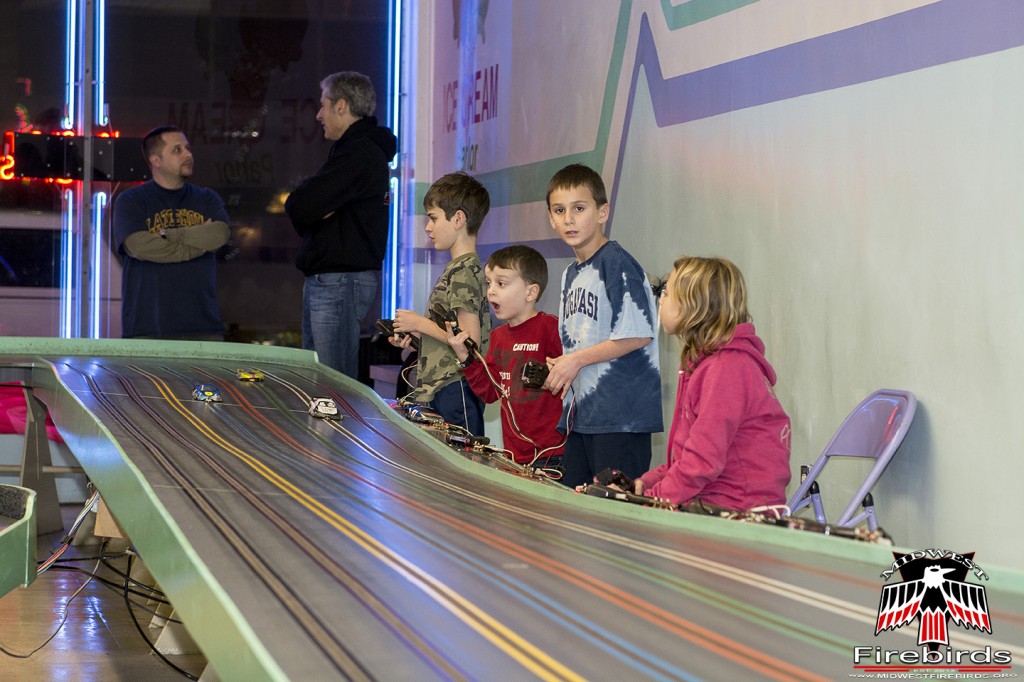 Car enthusiasts of all ages enjoyed the racing. 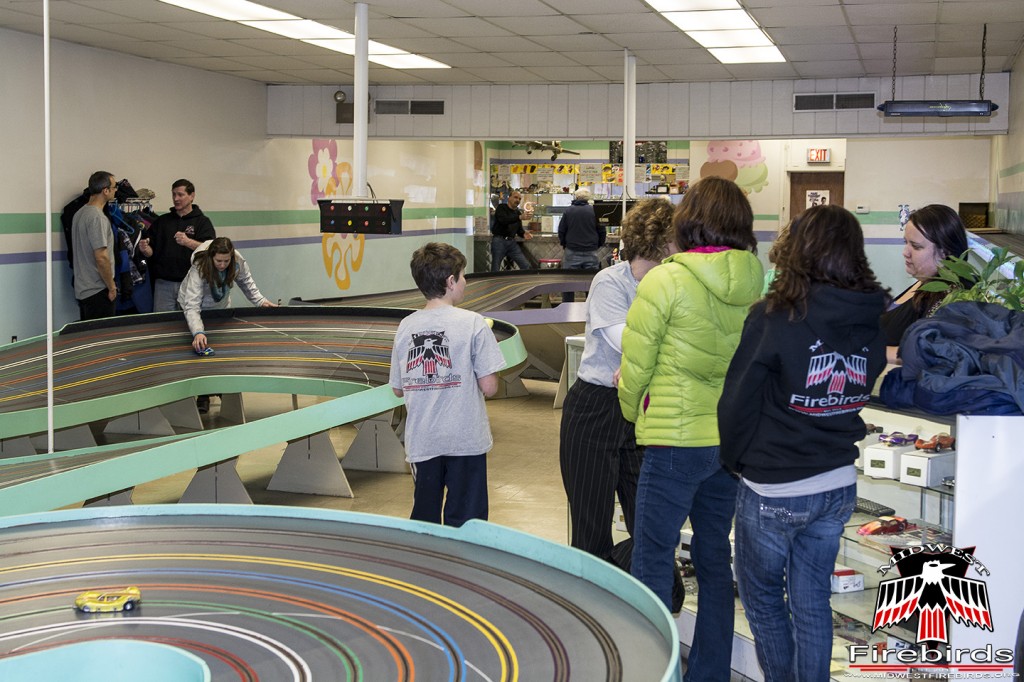 Members and their families came from around the Illinois suburbs to participate in the event.

Dads has two slot car tracks. We opted for the more challenging course. 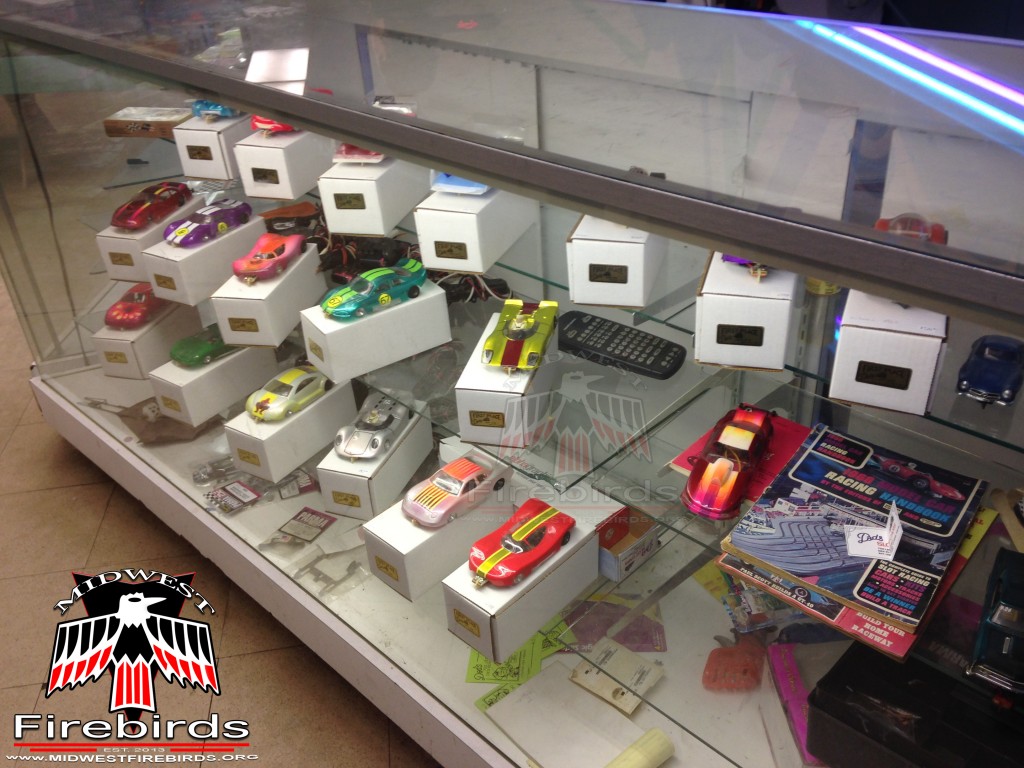 We scanned all the glass cases but couldn’t find any first-generation Firebird slot cars. 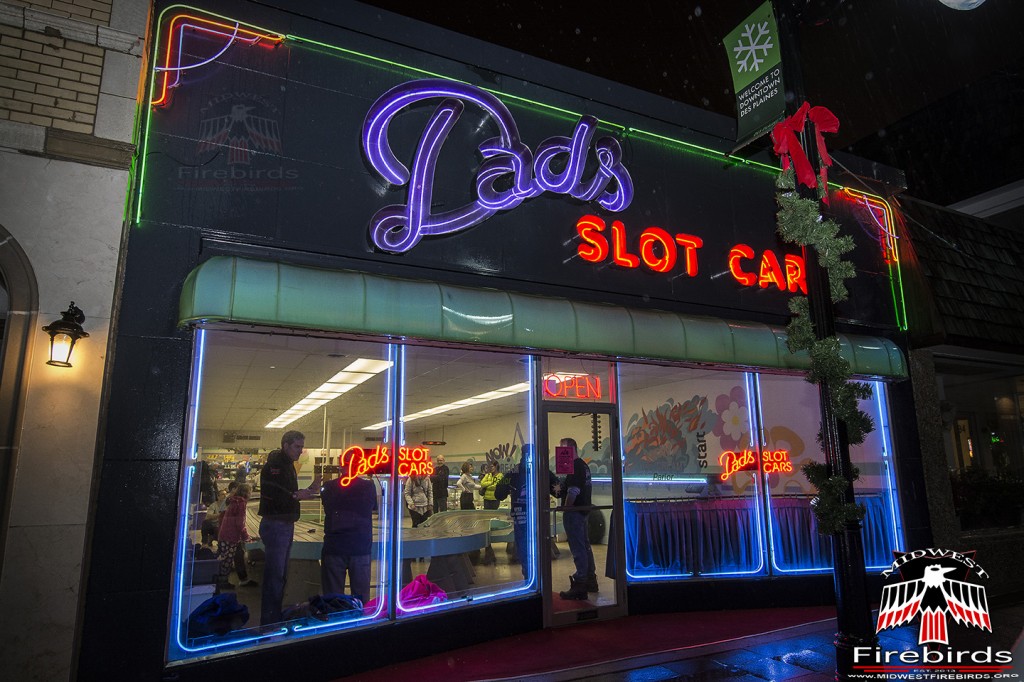