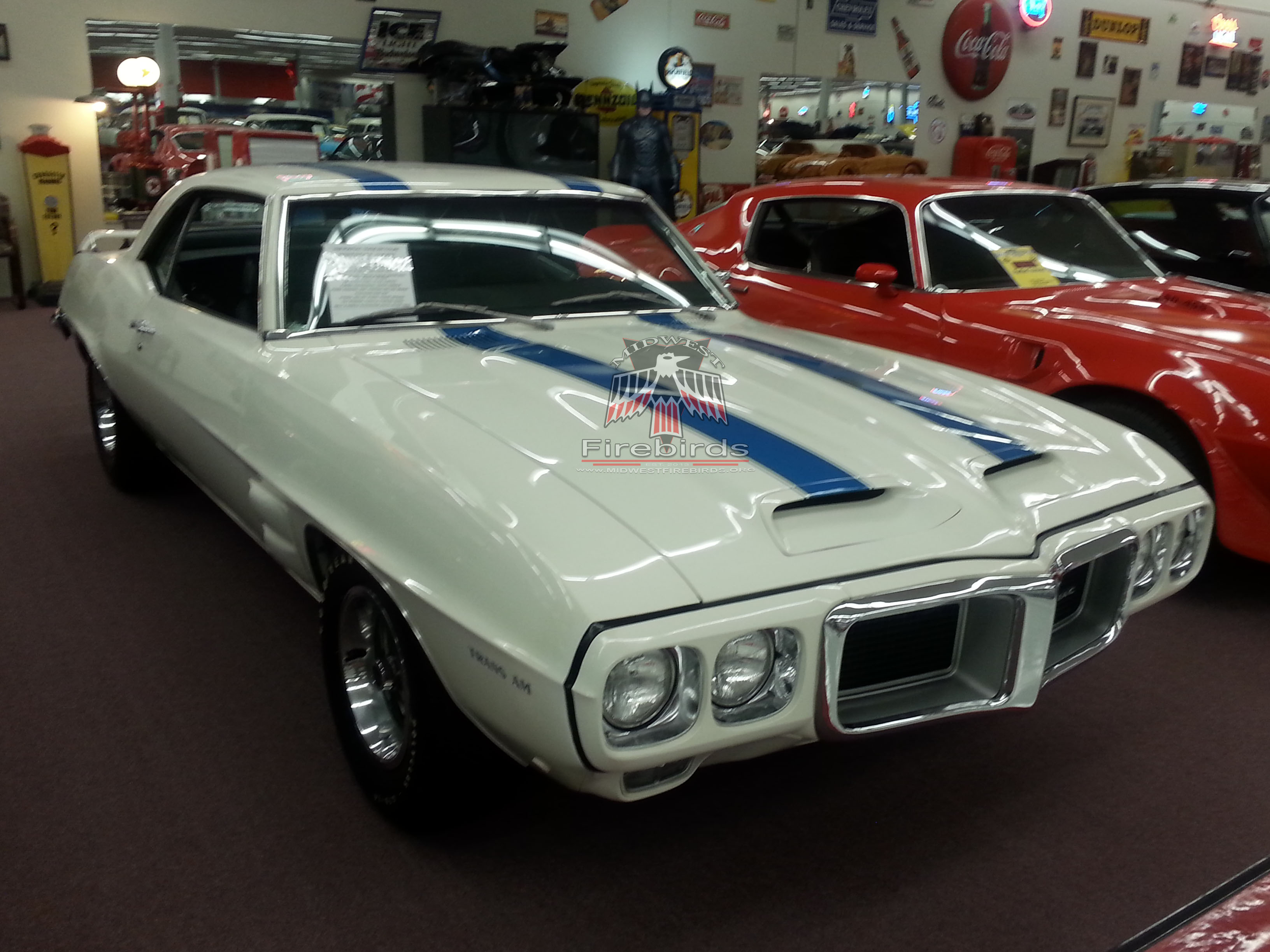 It’s little secret that MWF club members travel the nation, and sometimes the globe, and are always keeping a keen eye out for first-generation Firebirds. One of our members, George K., came across one recently while in Punta Gorda, FL. What he found wasn’t just any run of the mill Pontiac ‘bird but an authentic 1969 Trans Am. He spotted it while touring Muscle Car City. MCC is a 99,000 sq. ft. facility showcasing over 200 vintage 1950’s vehicles to early 1970’s muscle cars. Rick Treworgy is the man behind the car-lover’s paradise. He purchased a Walmart building to showcase his collection of GM cars. As for the ’69 TA, George assured us it was in ‘pristine, showroom-ready condition’ and given it’s a four-speed, was confident it would be an ‘absolute blast to drive’. We couldn’t agree more! 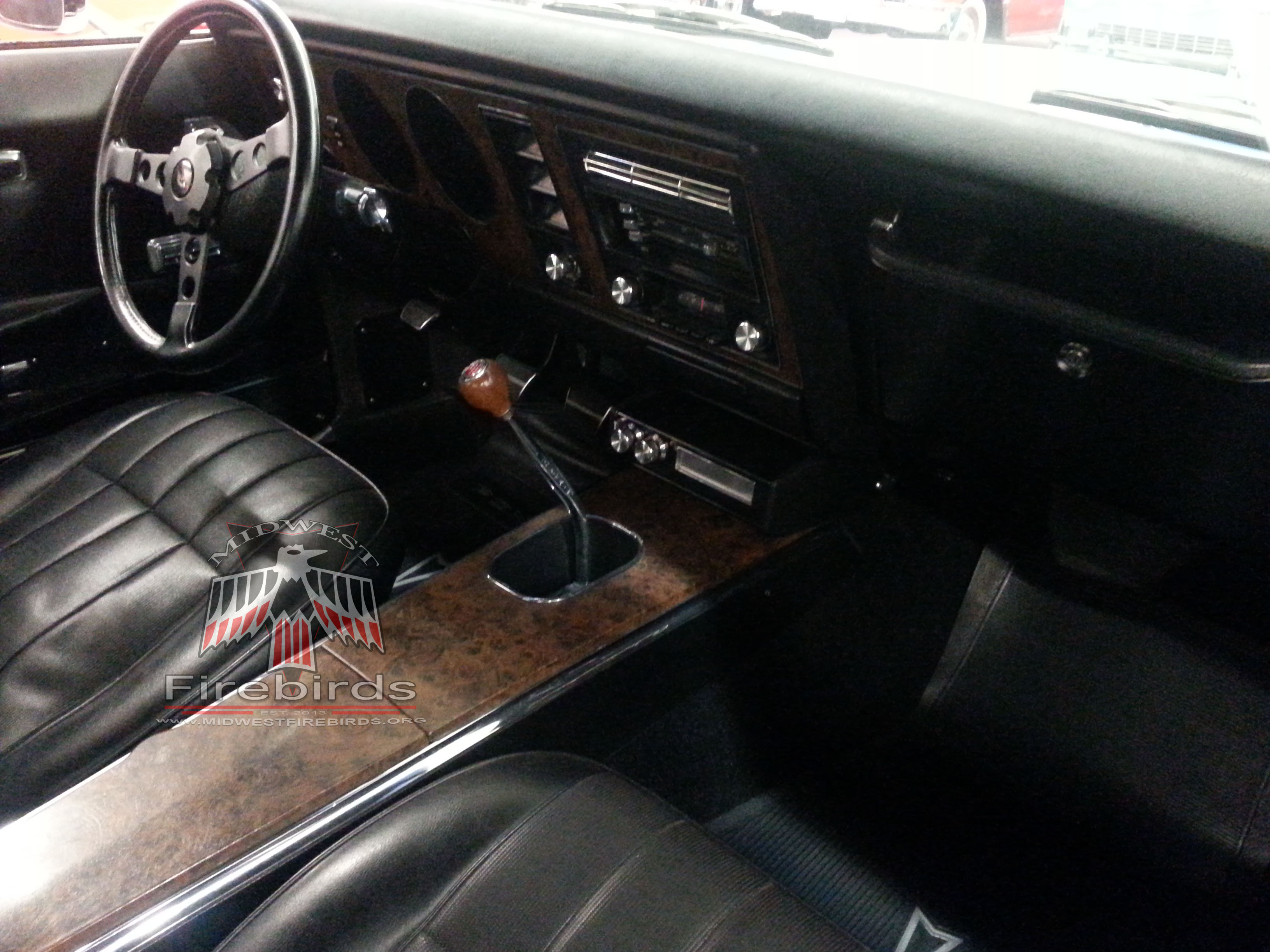 The vehicle had a four-speed manual transmission. 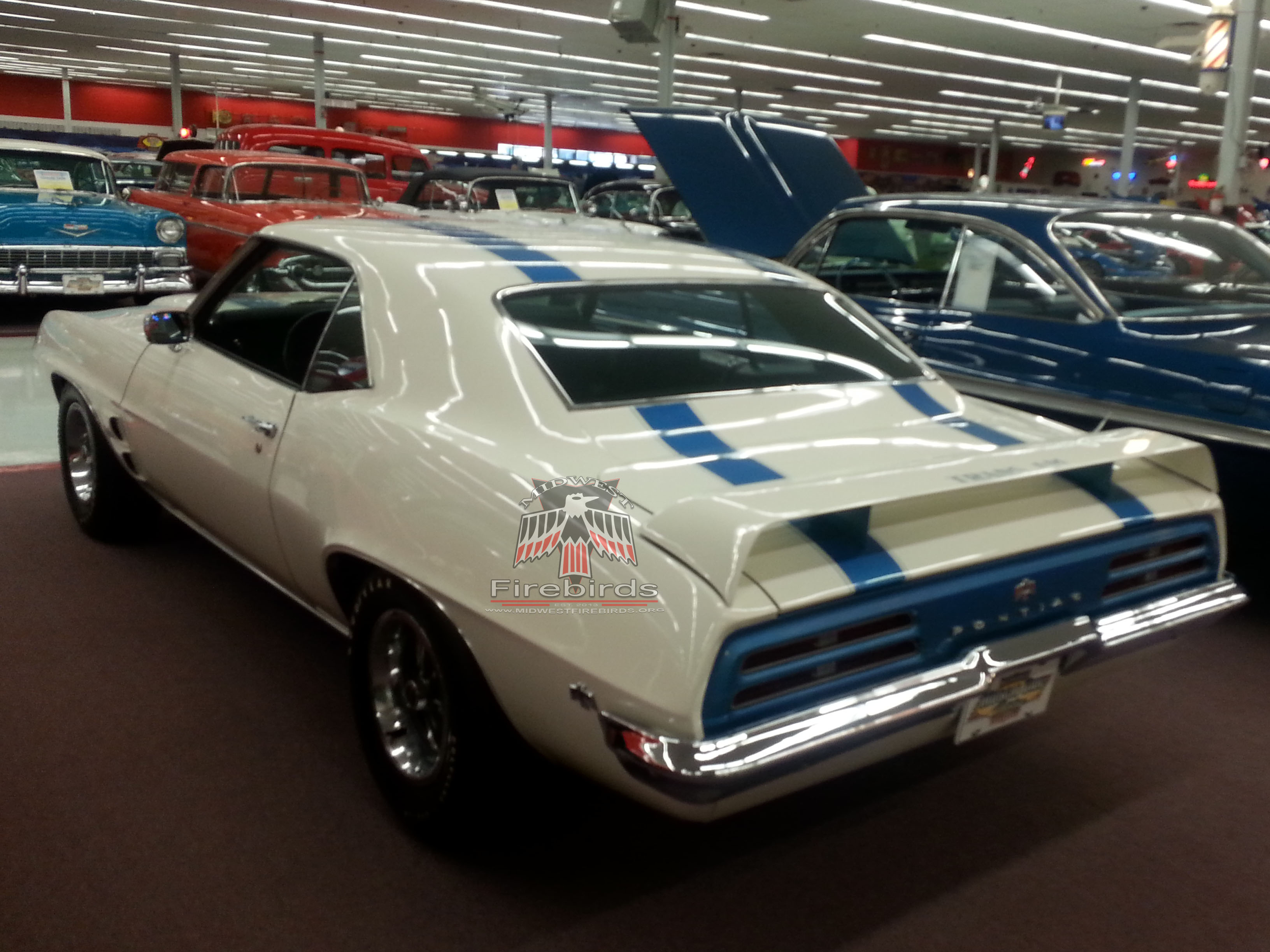 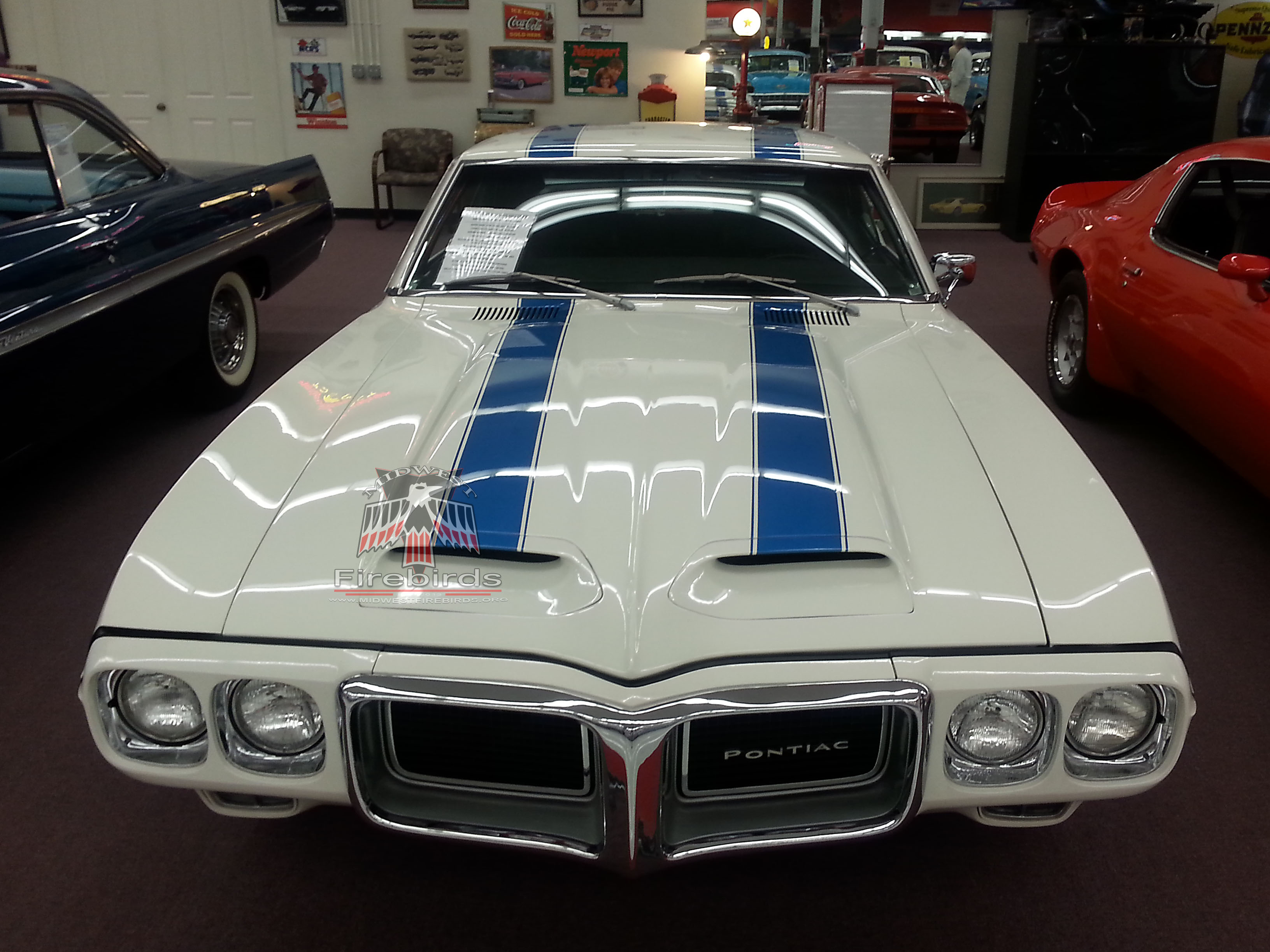 The TA hood featured functional vents that could be opened or closed by the driver. 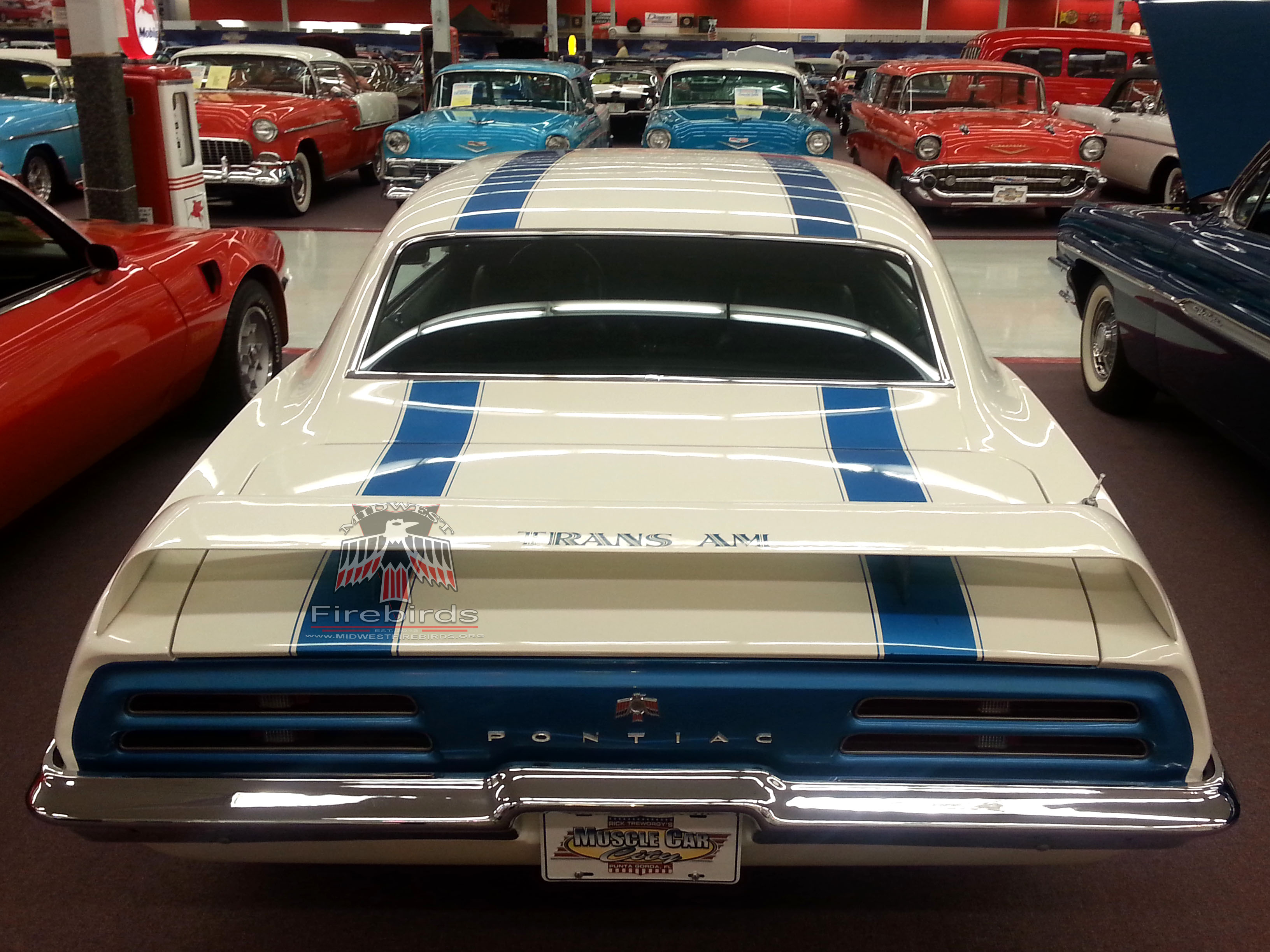 The TA was painted in Polar White and given blue racing stripes.

**Have you been traveling and discovered a first-gen. Firebird? Drop us a note and a few pics at info@MidwestFirebirds.org**
Display area image courtesy of Dave Havercamp