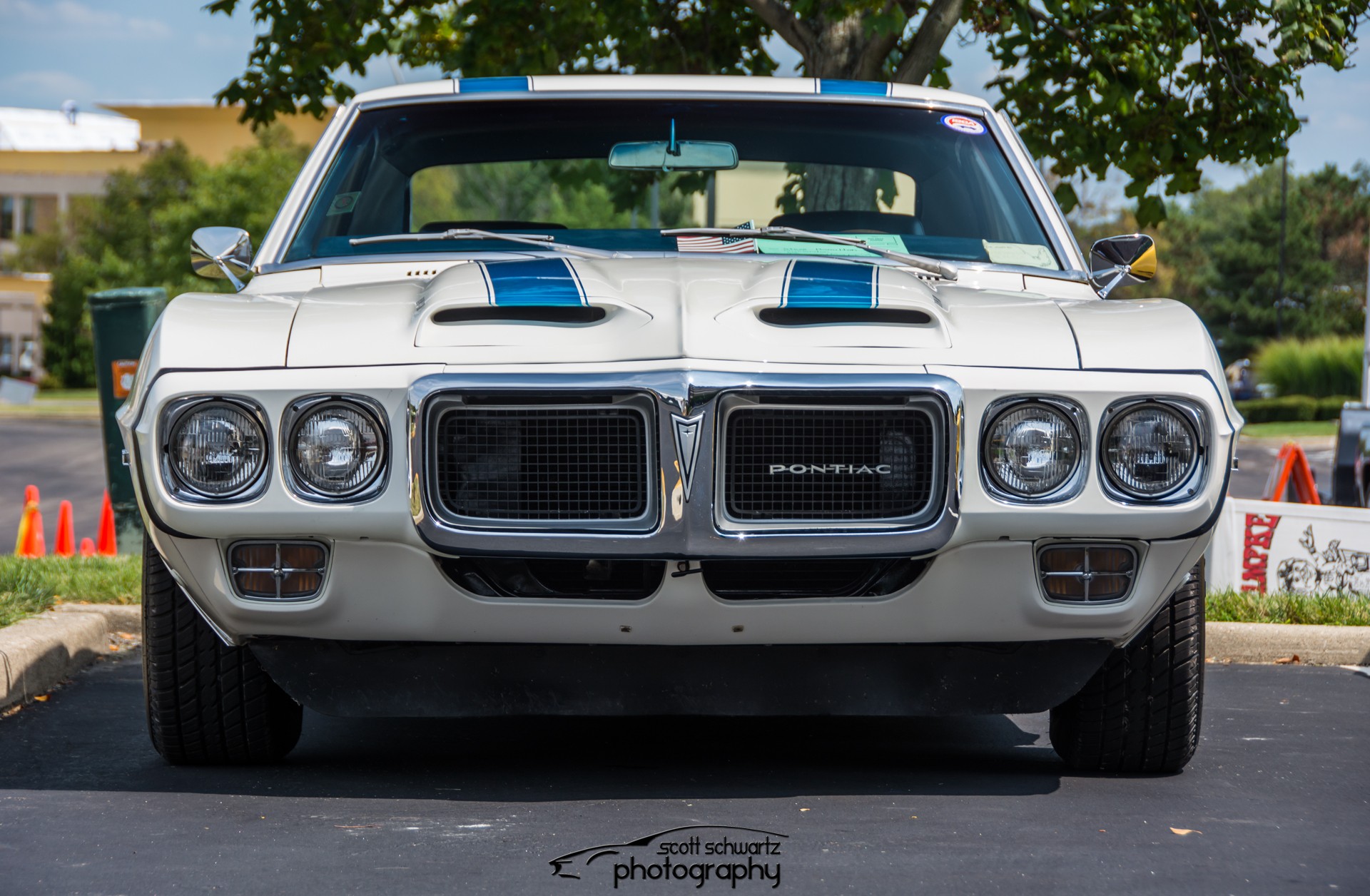 We are very excited to have one of our club Technical Directors write a story based on his own perspective of this year’s Trans Am Nationals in Dayton, Ohio.  Mike Noun is a noted Pontiac Historian, author, and owns a company called Muscle Car Films.  Dedicated to the hobby, he recently started producing very authentic-looking replica window stickers for Firebirds and other Pontiacs, that are available on his website.  We are equally excited to have recently made a friend, in professional automobile photographer Scott Schwartz.  Scott has the most beautiful Firebird photographs I have ever seen, and has agreed to allow us to show you some of his work in this story and others we have planned.  Enjoy!  Ken Pitcher 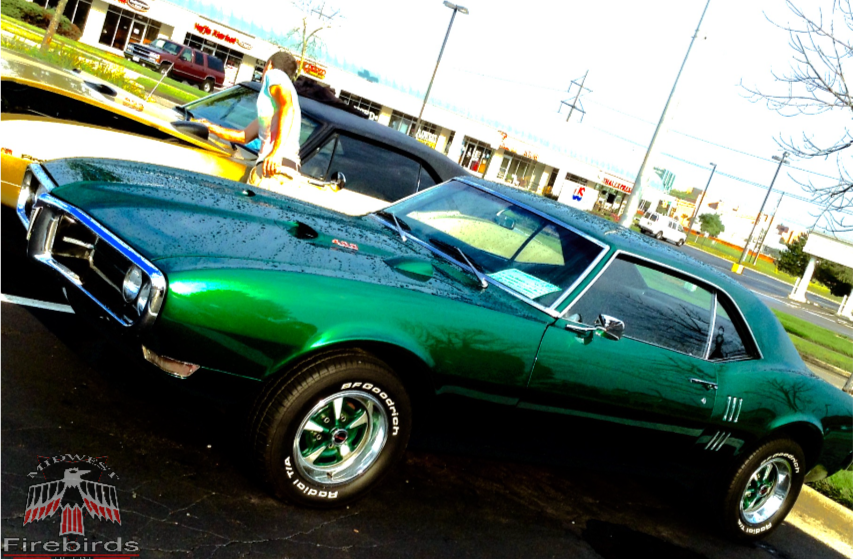 The weather was wonderful at the 2015 Trans Am Nationals in Dayton, OH. We had a thunderstorm late Saturday night, but by Sunday morning it was clear and dry. Great turnout again, and the host hotel (Fairborn Holiday Inn) was fantastic. There were lots of great first generation Firebirds in attendance. 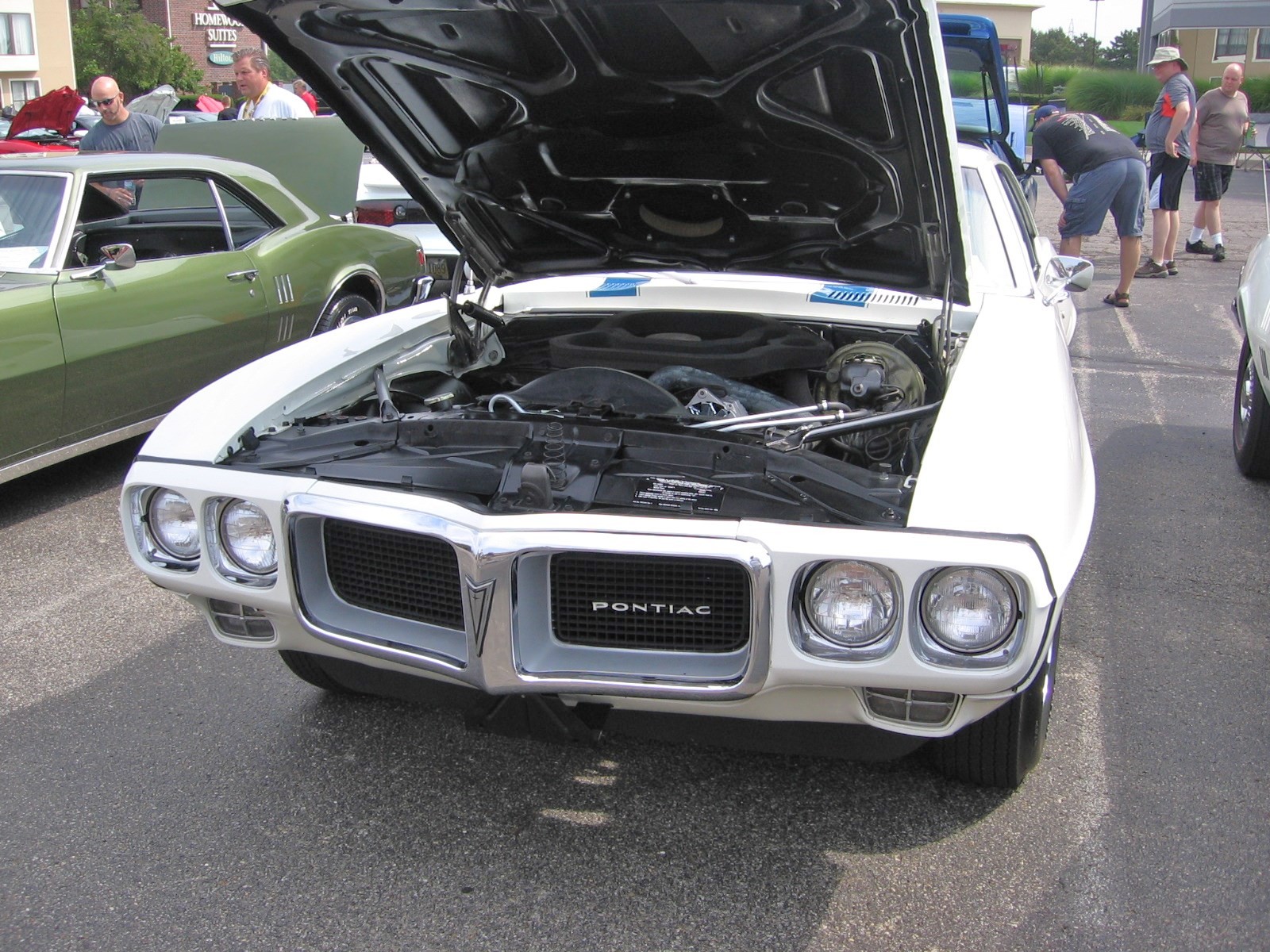 A specific 1969 Trans Am really caught my eye, and it turned out it was owed by Curt Richards. You may recall that name, as Curt was the one that restored the famous Palladium Silver 1969 Trans Am prototype that sold at auction last year.  (Our website featured it in a story of it’s debut at the Muscle Car and Corvette Nationals last year.) 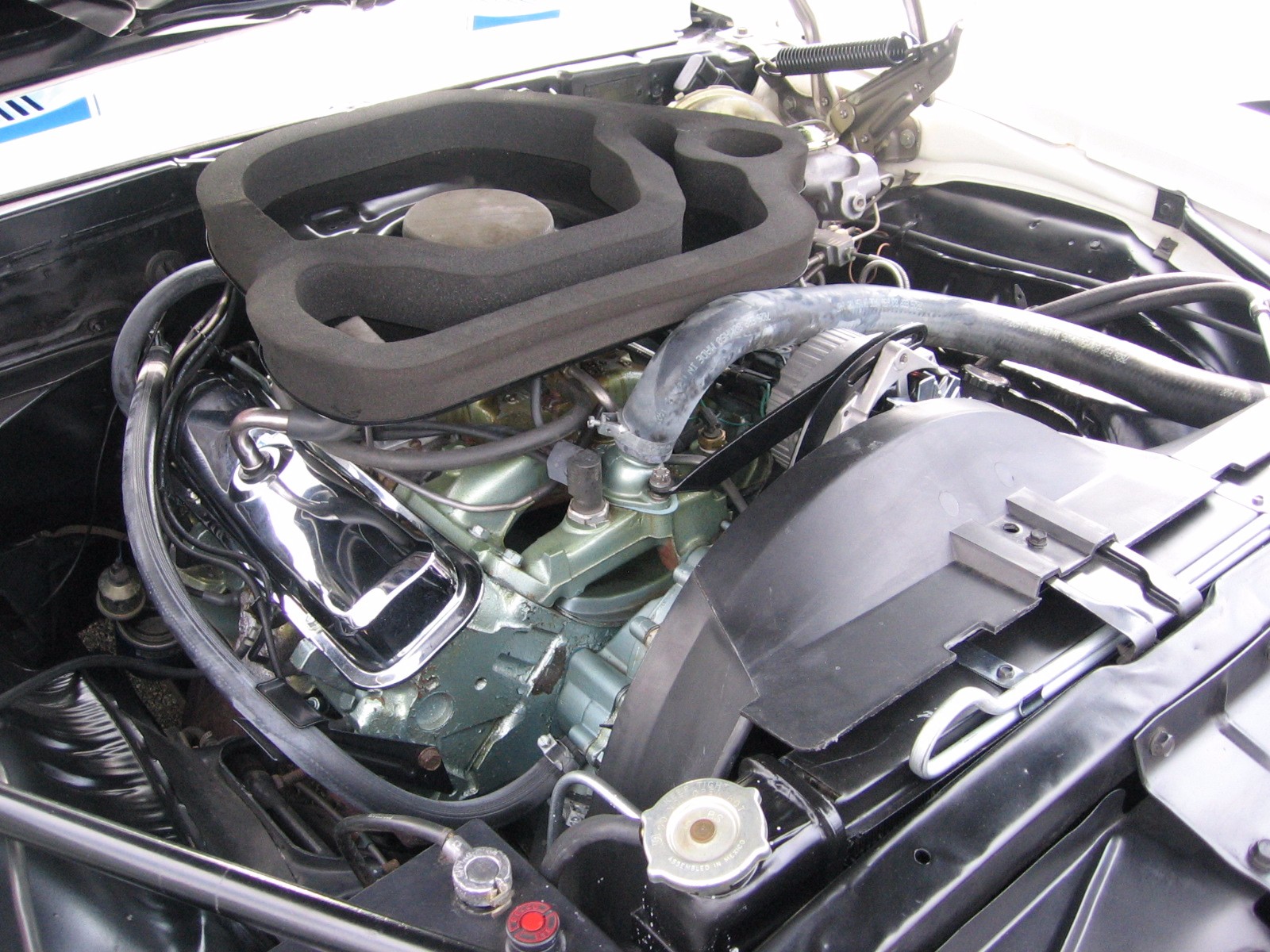 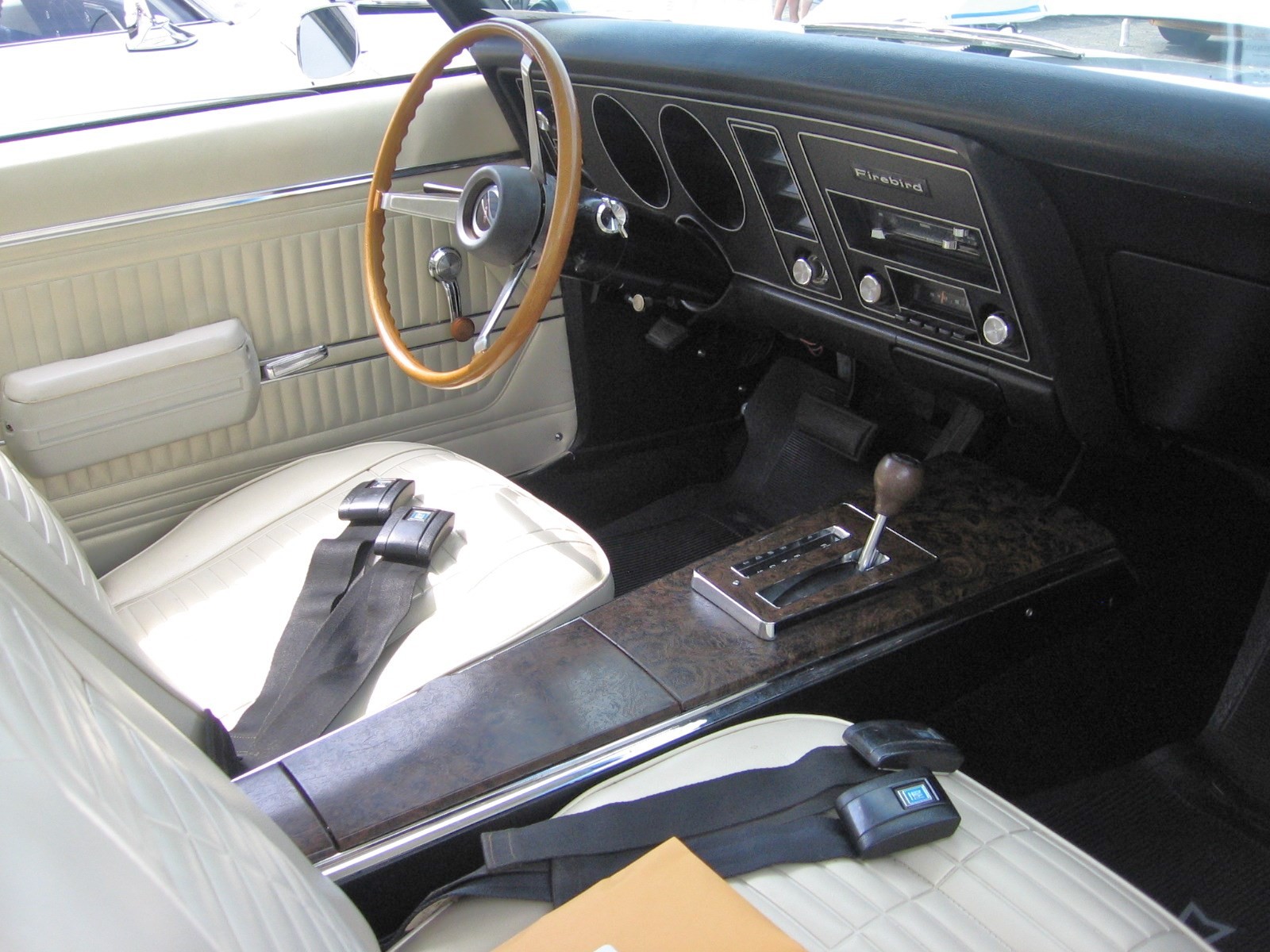 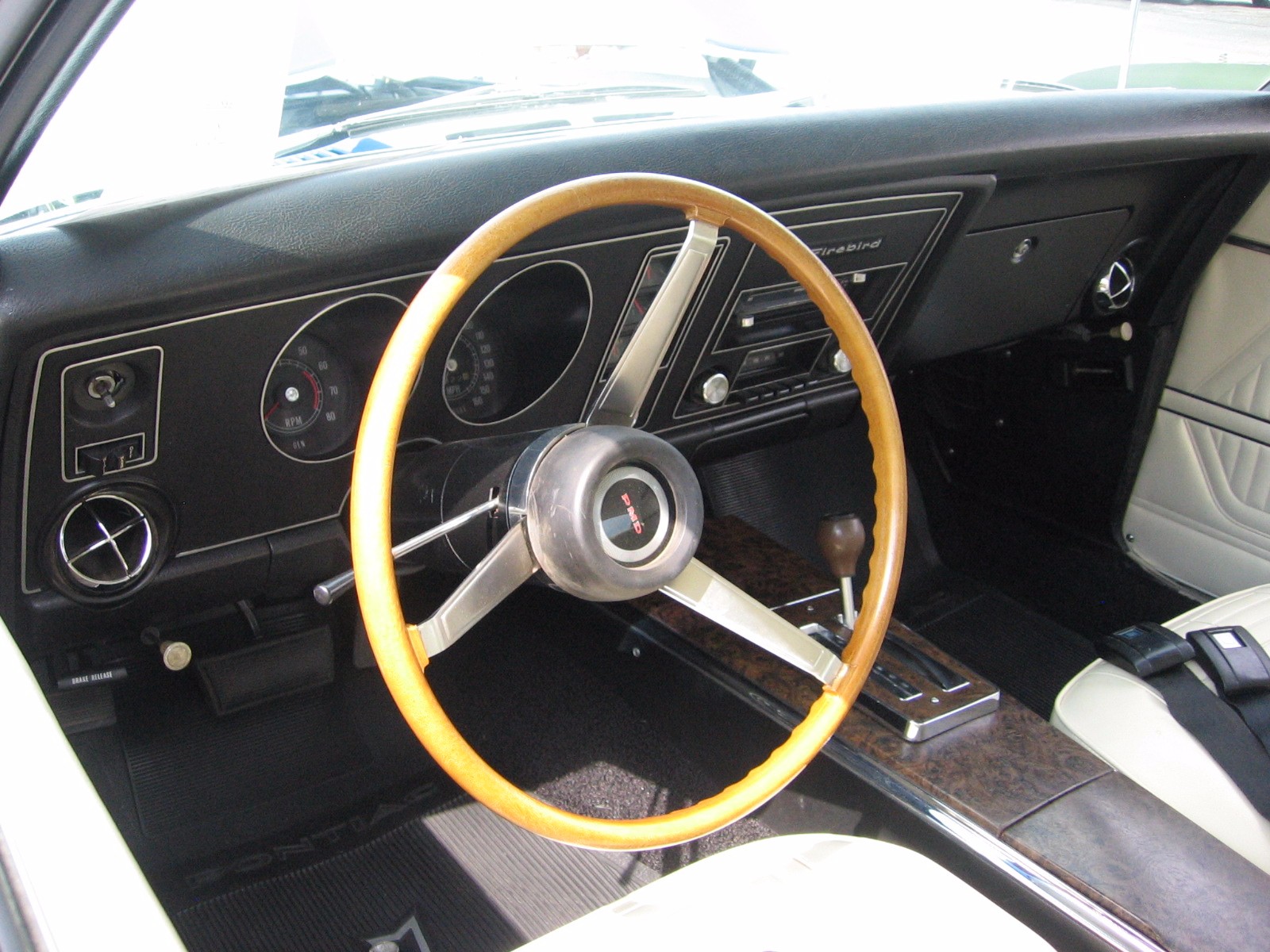 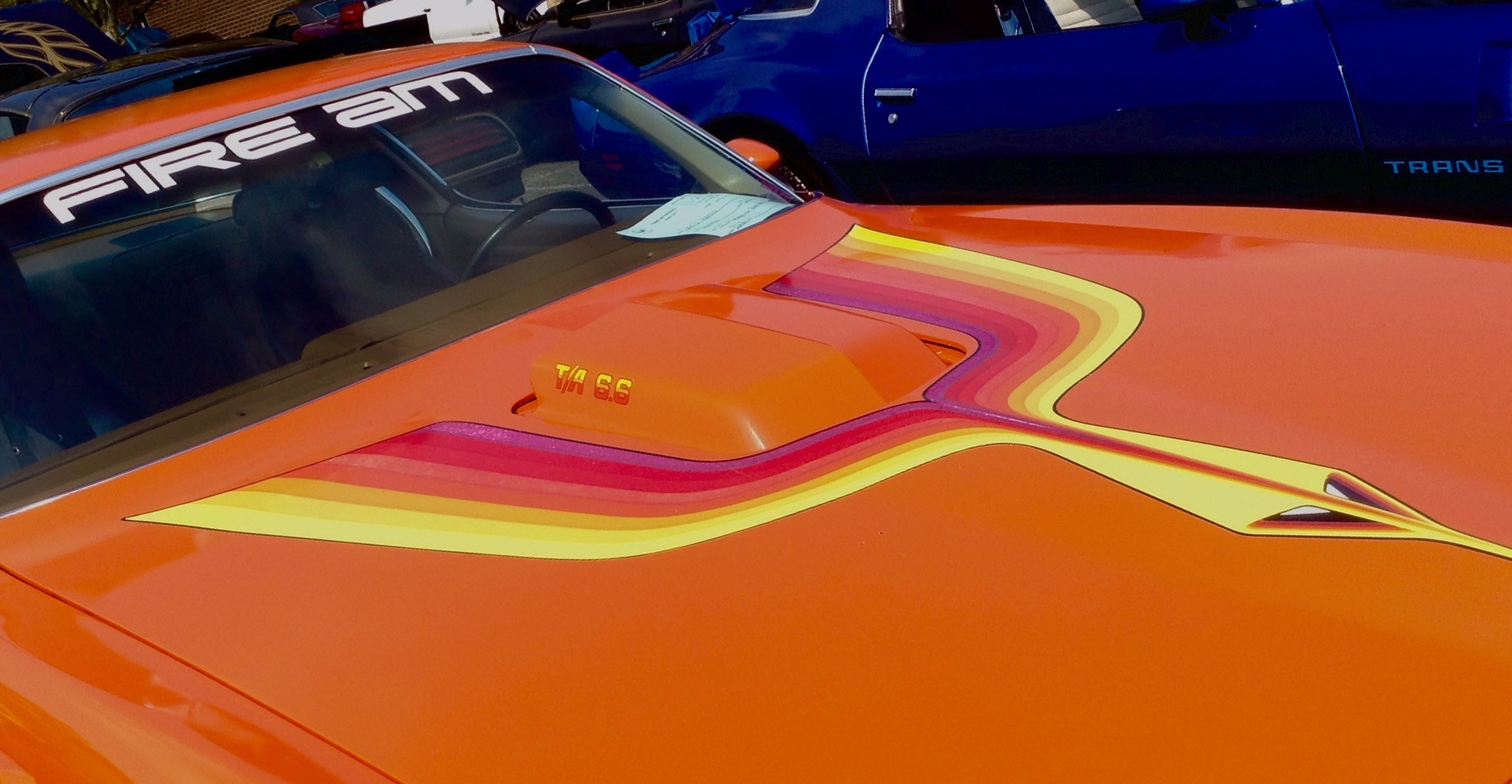 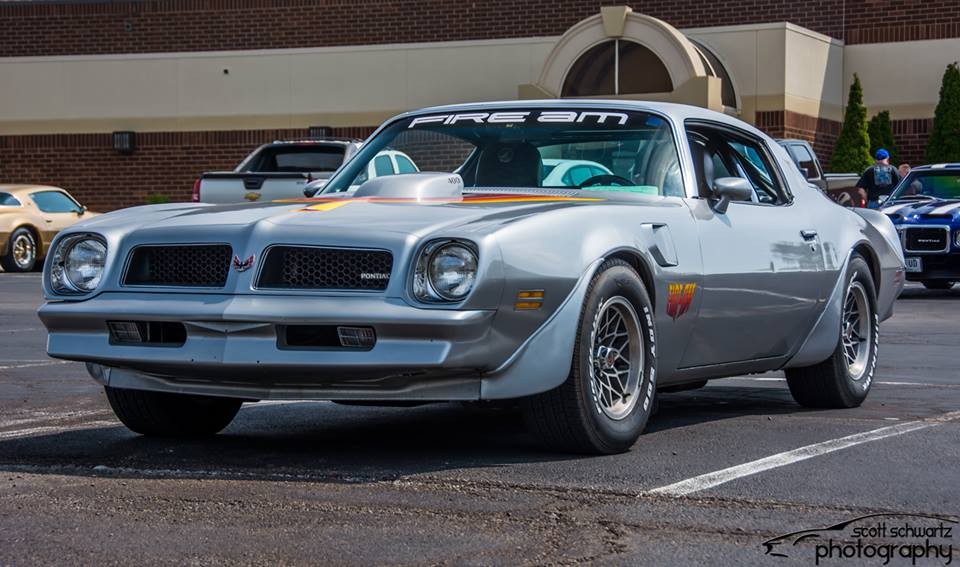 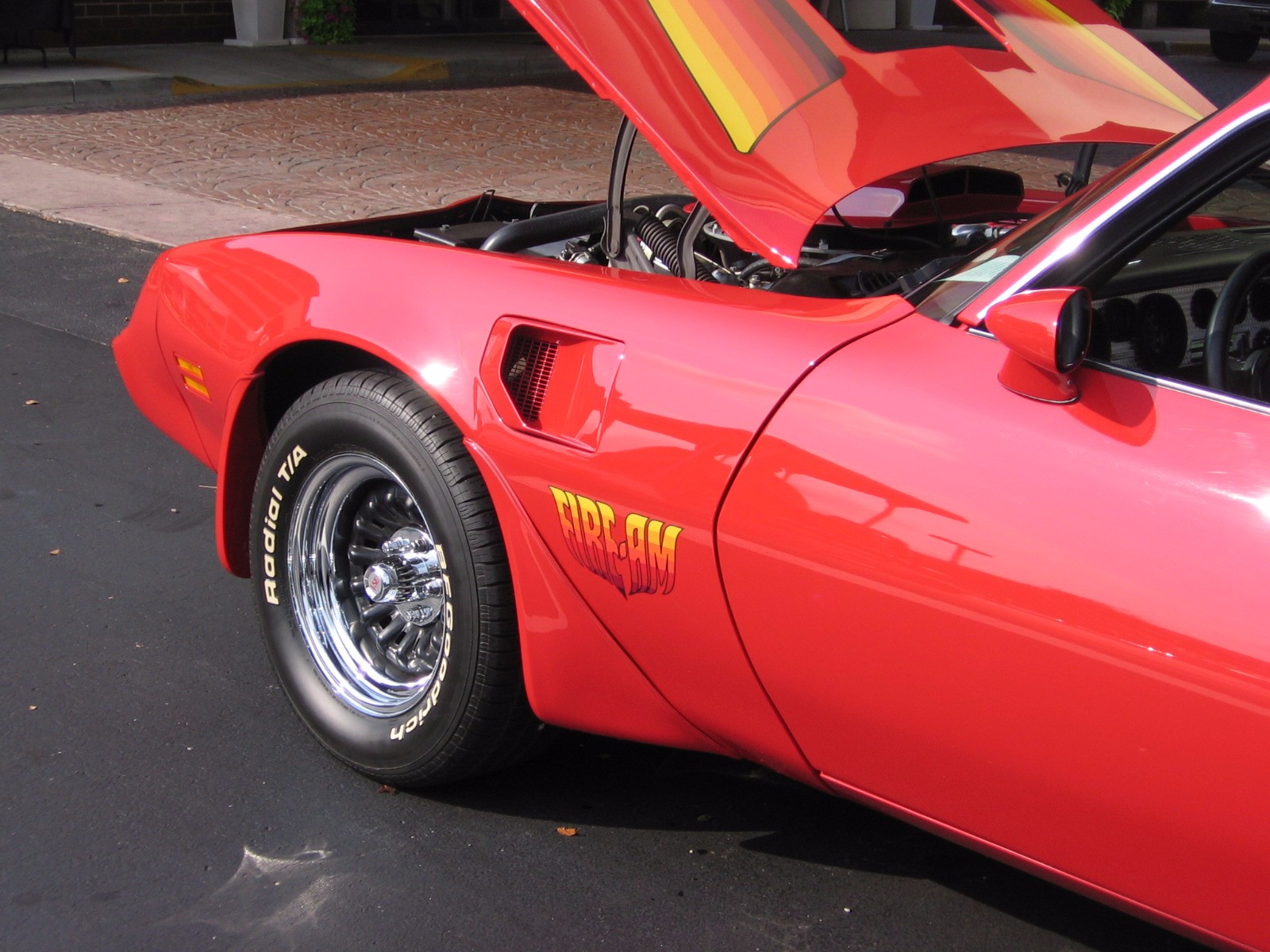 Herb Adams, the creator of the Pontiac Trans Am back in 1969, was also in attendance. In his seminar, Herb spoke about his wonderful Fire Am Trans Ams of the late 1970’s. The Fire Am was a performance conversion package that Herb Adams sold back in the day under his company name VSE, which stood for Very Special Equipment. Fire Ams typically consisted of modified suspension pieces, such as special springs to lower the car, special bushings, shocks, and specific parts to reinforce the frame for better handling. Herb Adams also created a unique logo for the Fire Ams, which is now being reproduced, along with all his old VSE suspension parts. 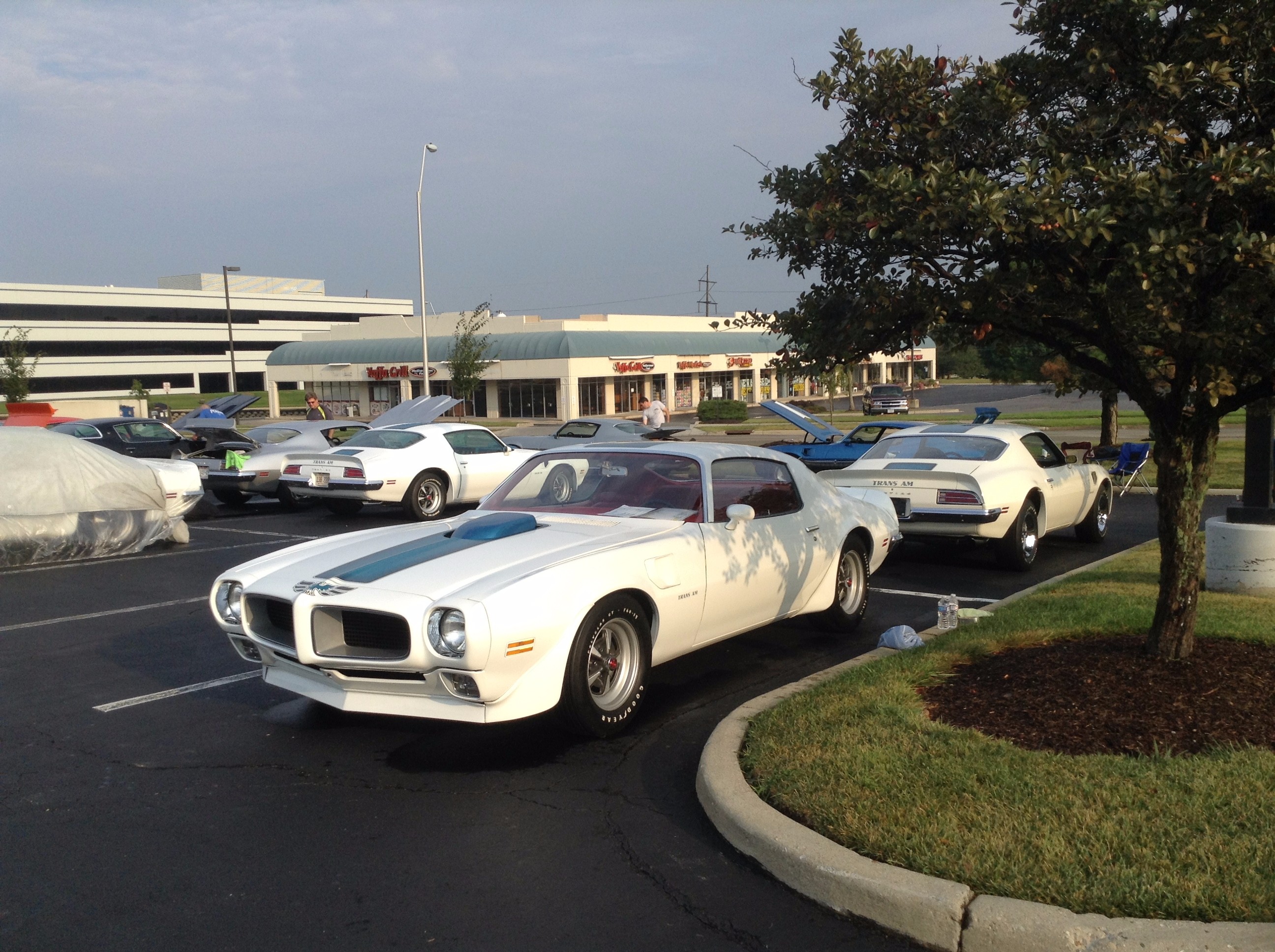 Notice the very rare, Red interior on this 1970 Trans Am. 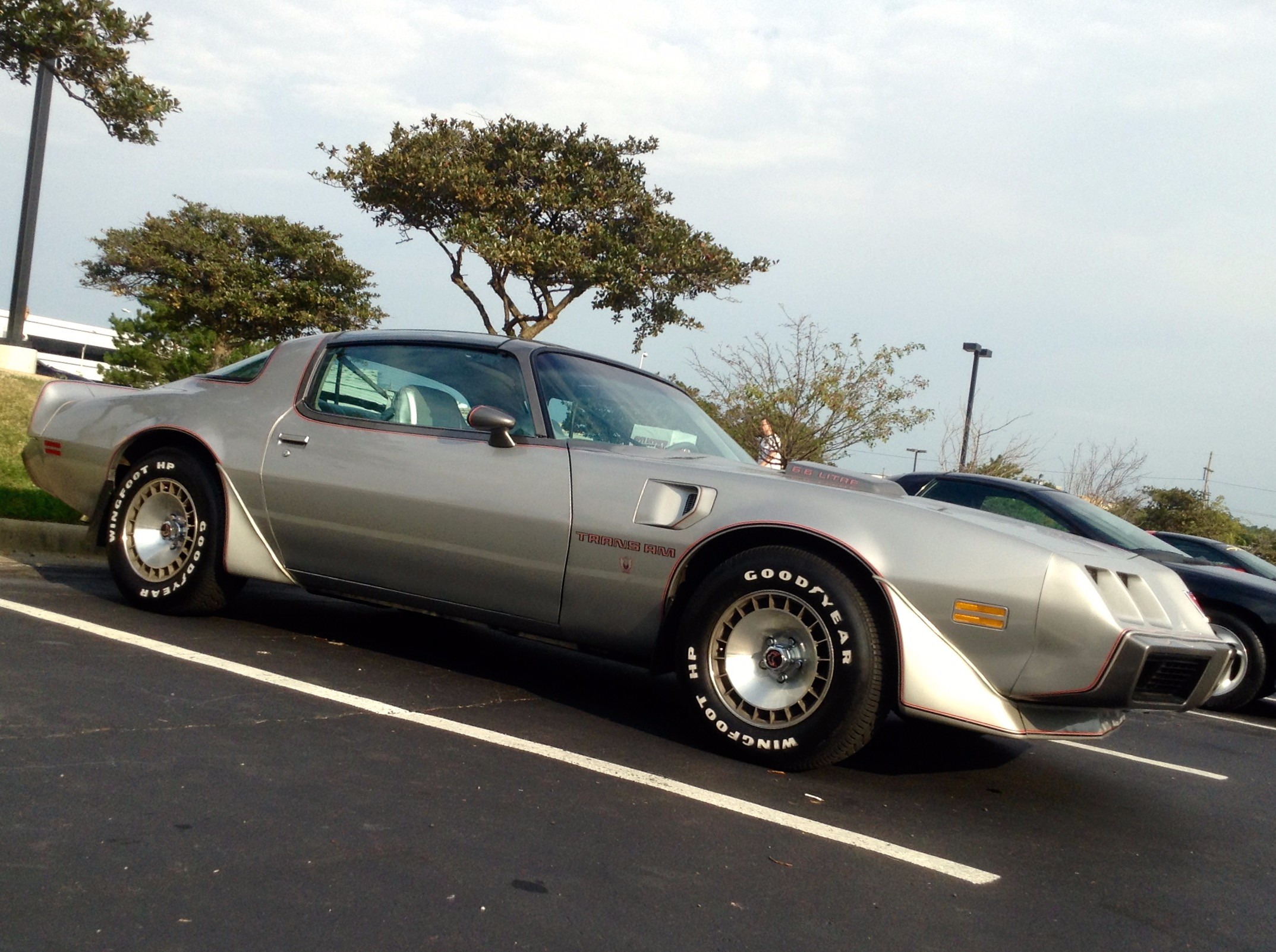 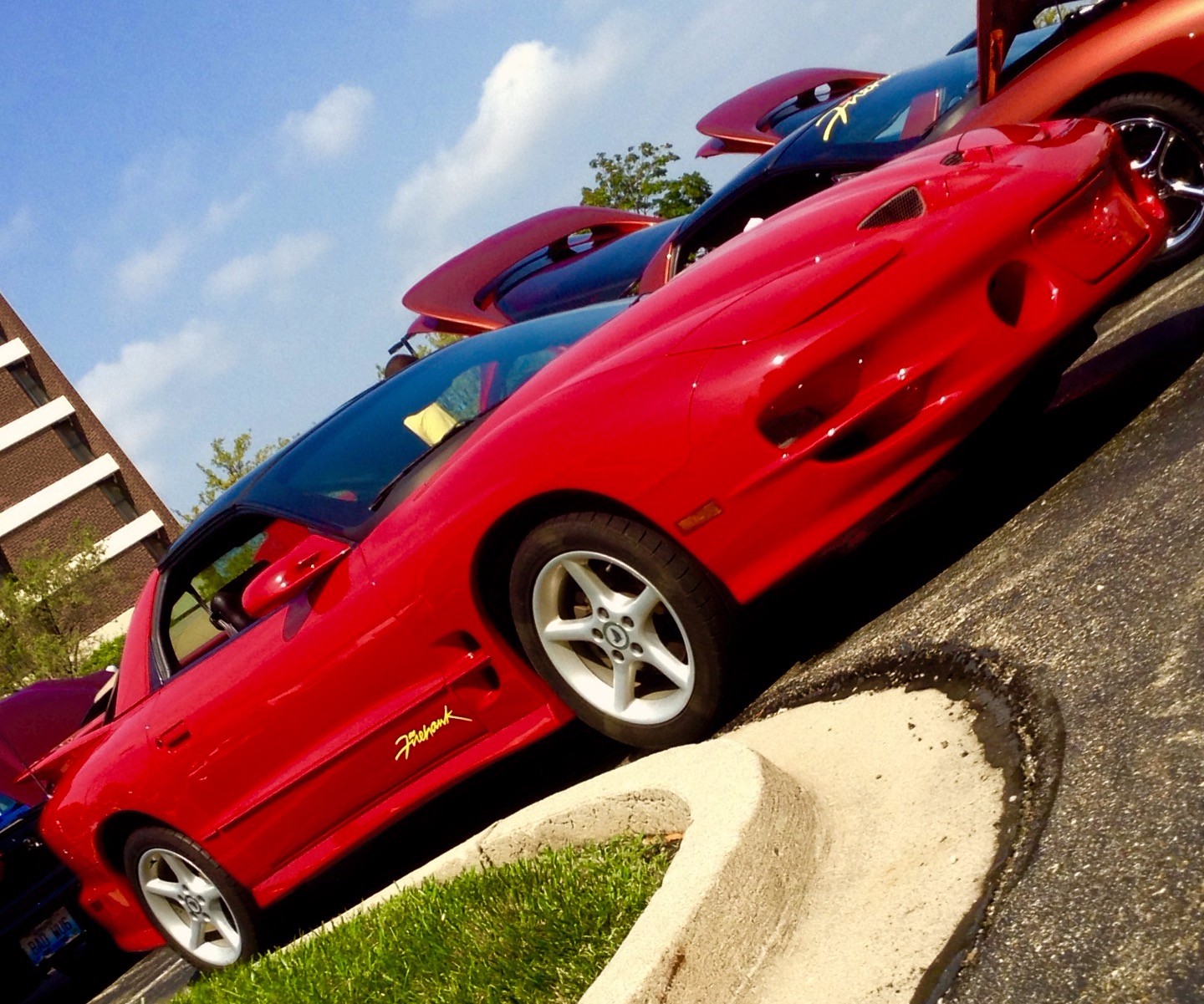 Tim Dye, curator of the Pontiac-Oakland Museum and editor of Smoke Signals magazine, had a very informative seminar on Firebird history covering all generations. Some murmurs went through the crowd when Tim showed photos of blueprints for the proposal of a 1970 Firebird station wagon, as well as a 4-door concept! Also included in his presentation were never before seen photos of a 1970 Trans Am in the Pontiac engineering garage, official 1969 Trans Am specs submitted to the SCCA to allow the Trans Am to race in the 1969 season, wagon concepts for a second, third, and fourth generation Trans Am, and many other rare items. One item that excited the crowd was seeing a photo of a 1977 Trans Am billboard (yes, a billboard!) that Tim had unpacked and taken photos of back at the museum. The individual sections of the billboard display, each one a few feet in area, made up the giant billboard. What an amazingly rare piece of Pontiac memorabilia! The Pontiac-Oakland Museum in Pontiac, IL is like the Smithsonian Museum for Pontiac memorabilia fans. 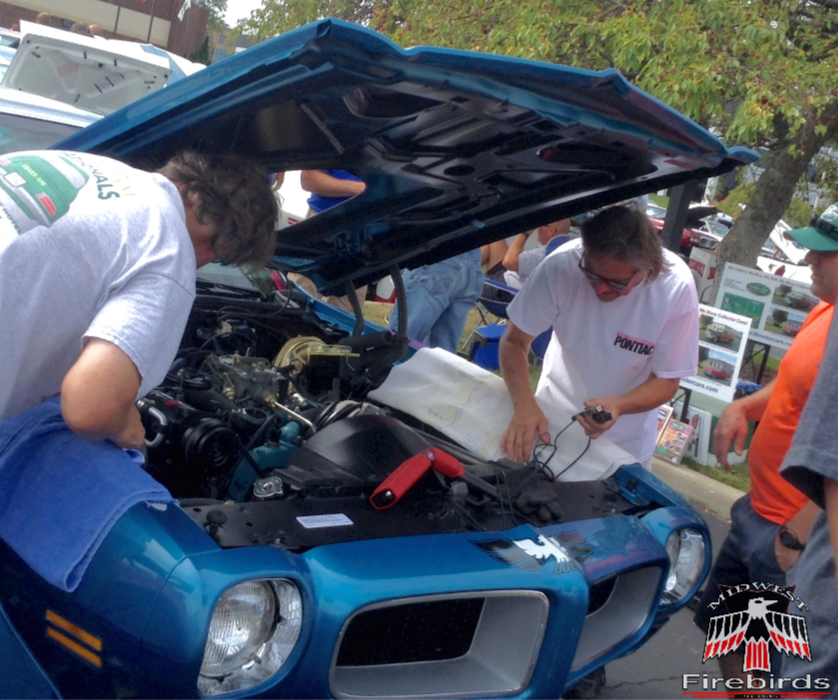 Club member, Larry Delay just happened to catch Dan and Dennis Jensen providing a private tune-up lesson on one of the show cars.

Dan and Dennis Jensen were also at the show. Dan Jensen is well known for the creation of the Pure Stock Drags many years ago, and he’s owned some amazing cars over the years. Dan is an engine builder and tuning guru. He not only knows Pontiac engines, but he’s also an expert every other make of engine, including Buicks, Oldsmobiles, Chevrolets, AMC’s, and Fords. Dan and Dennis are extremely nice, down to Earth people. 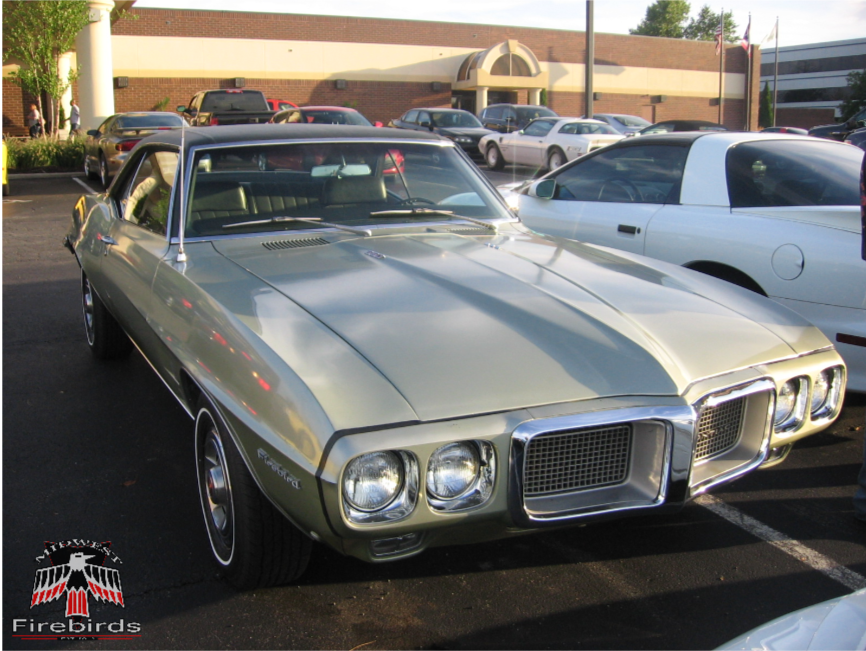 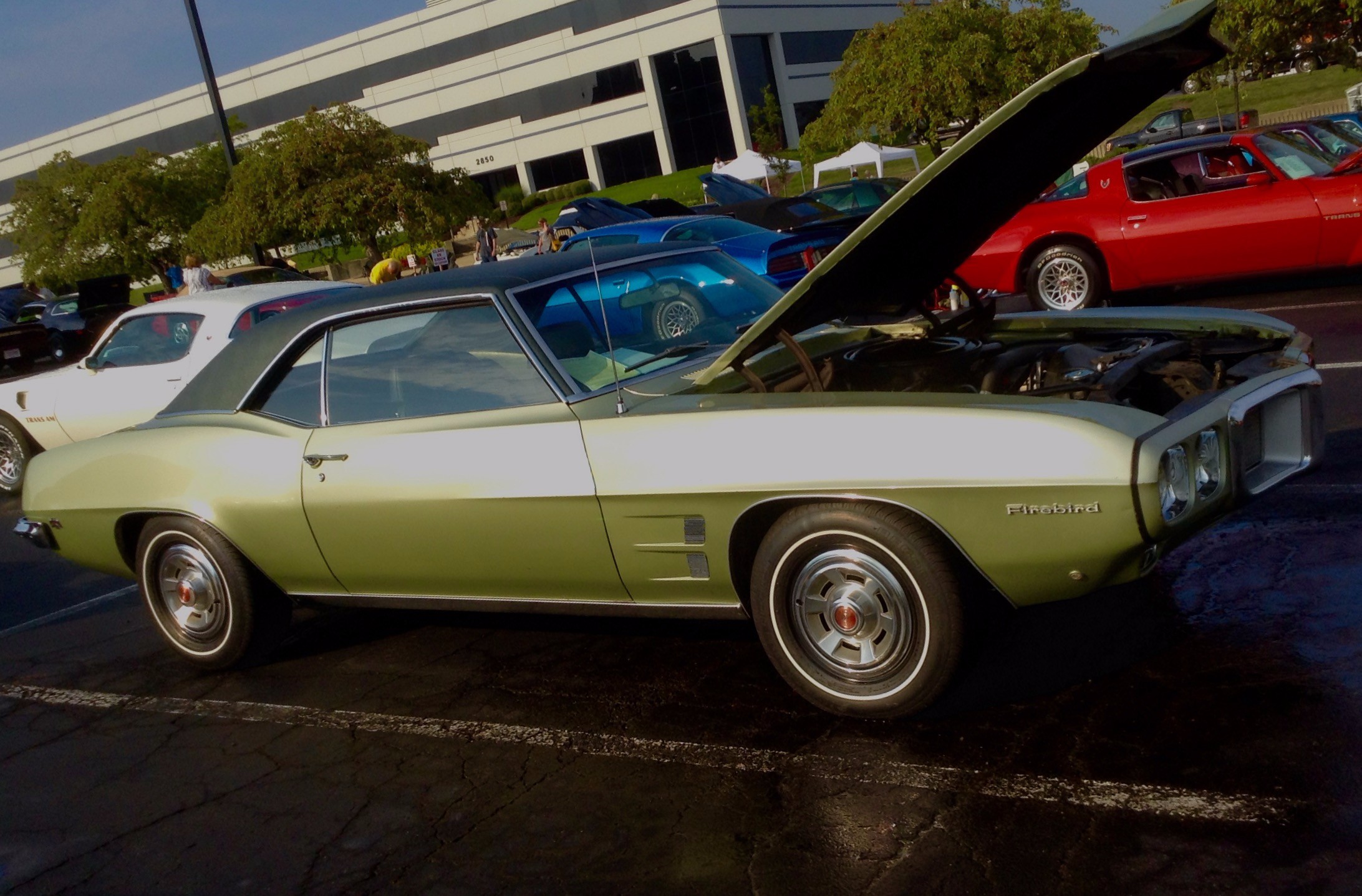 Dan had a 1969 Firebird 350HO at the show as well as a 1979 Trans Am WS6 400 4-speed car. The 1969 Firebird 350HO is an unassuming little beast, light green with a black vinyl top, full wheel covers, and whitewall tires. The only hint that this isn’t a little old lady’s car is the Pure Stock Drags sticker in the quarter window. The car runs high 13’s! 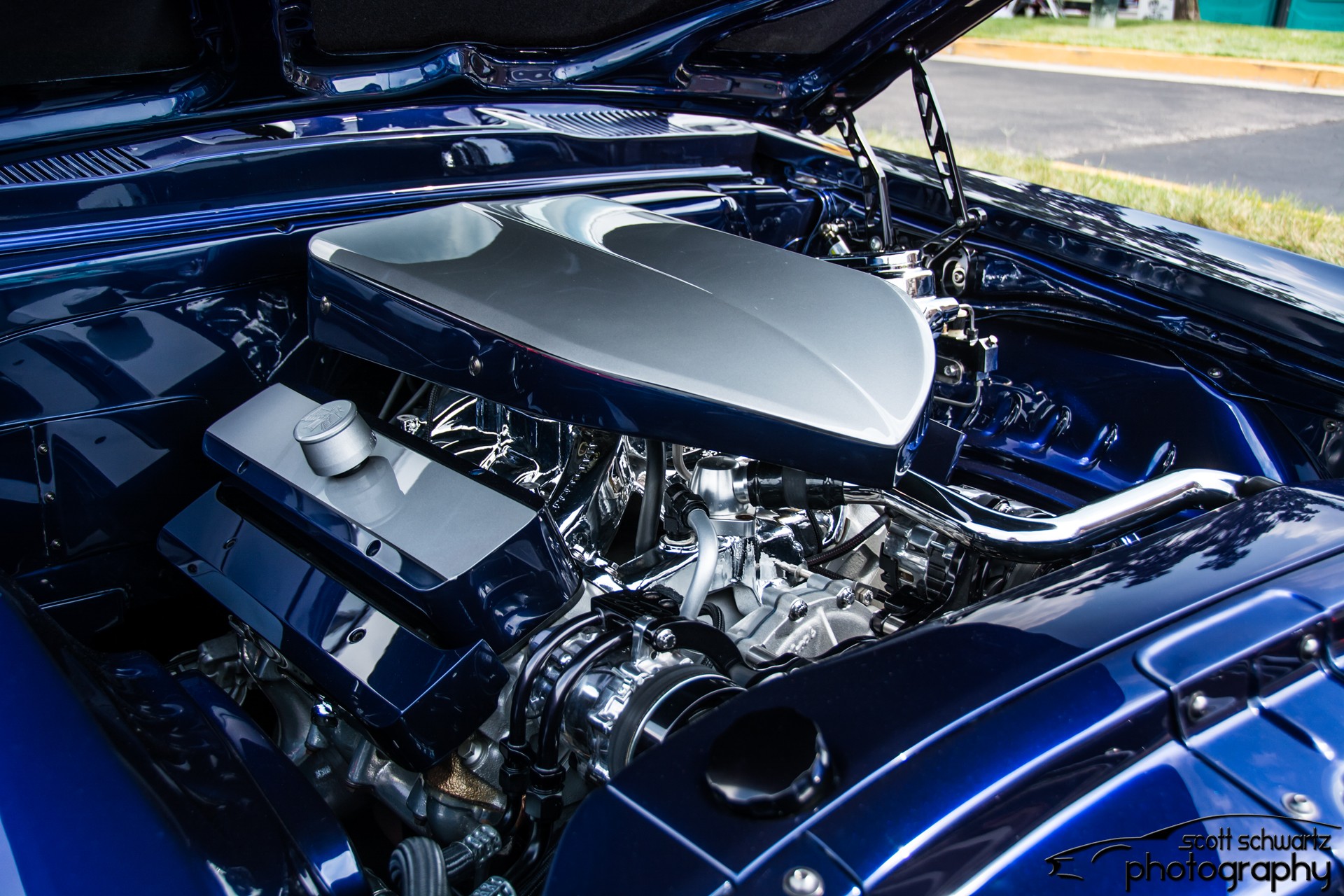 just look at the detail in the engine bay on this custom dark blue, ’69 restomod Firebird. 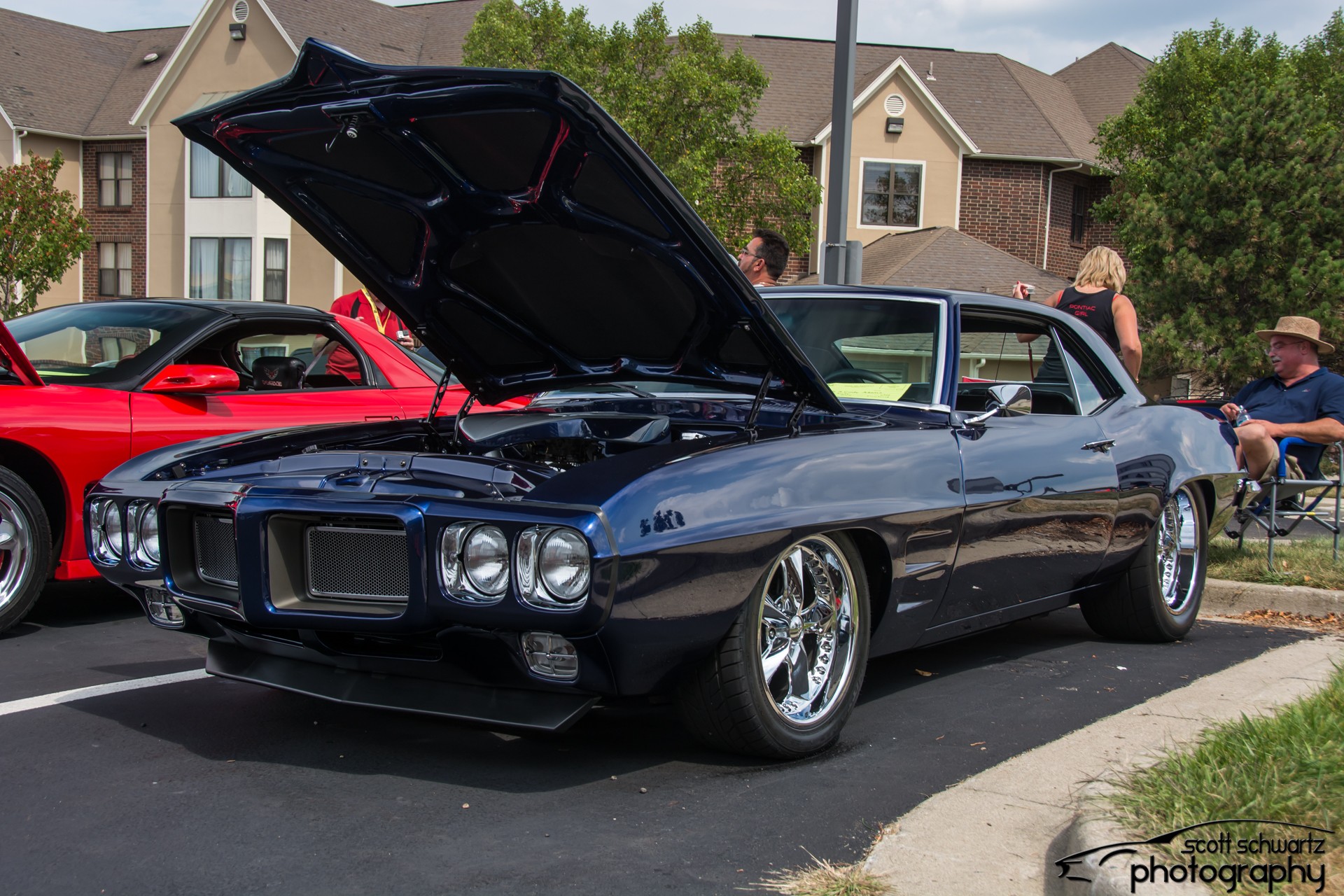 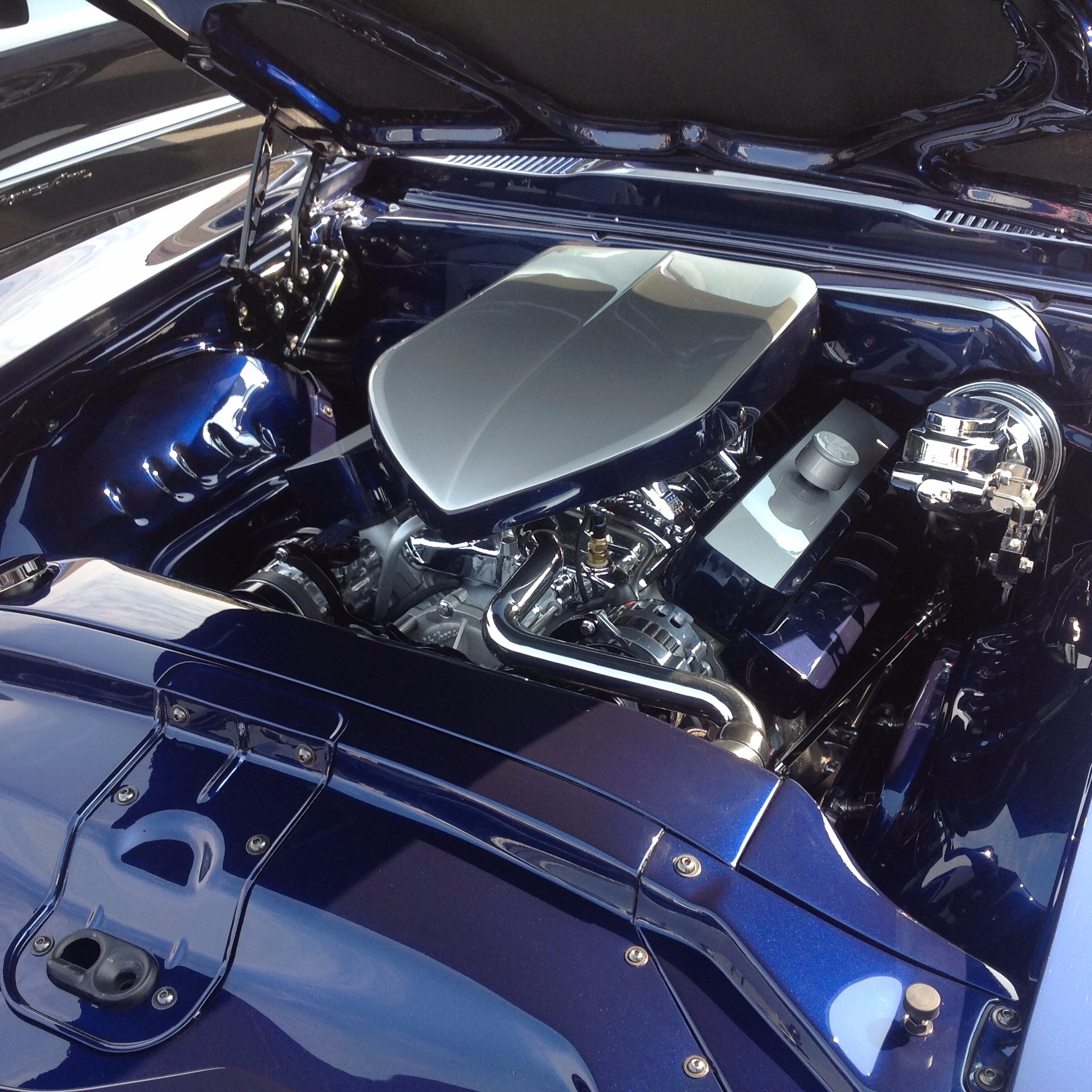 A few other cars that really stood out were a customized dark blue 1969 Firebird (top), a light blue custom 1968 Firebird with some exquisite interior work that I thought was very tasteful (also sounded VERY radical), and a Verdoro Green 1969 Firebird with a black vinyl top.  (Both on bottom.)  Many members of our Midwest Firebird Club were also in attendance. 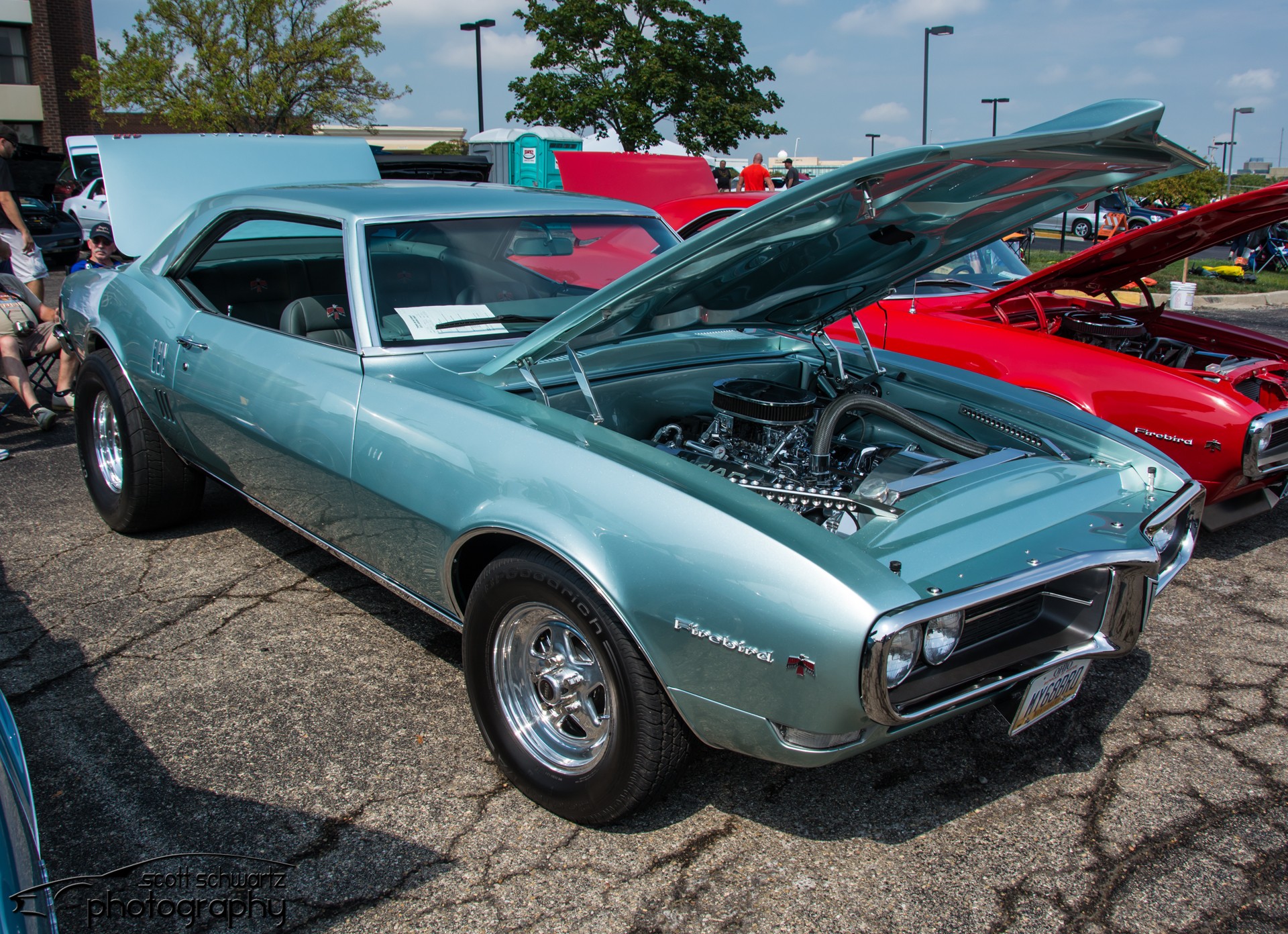 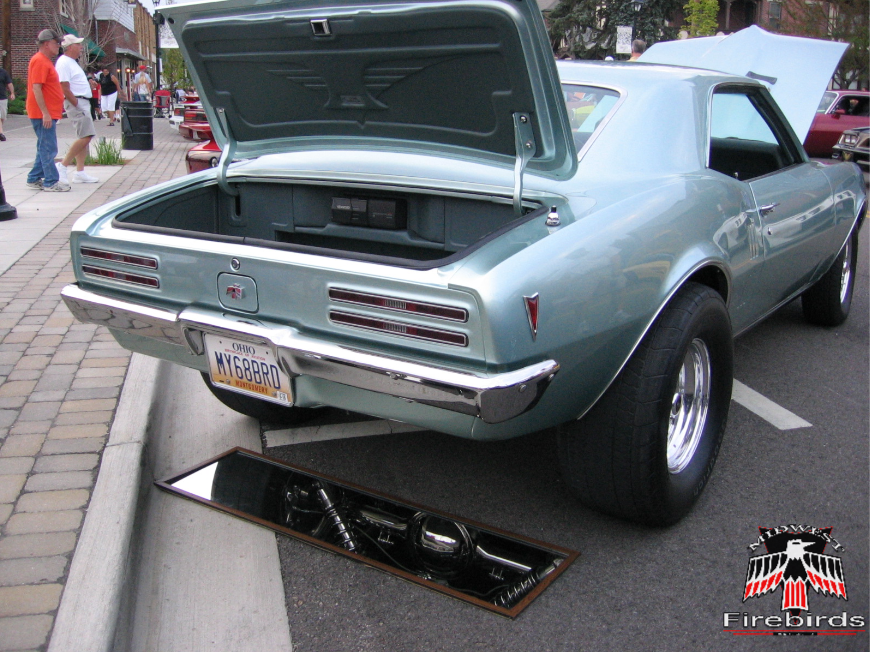 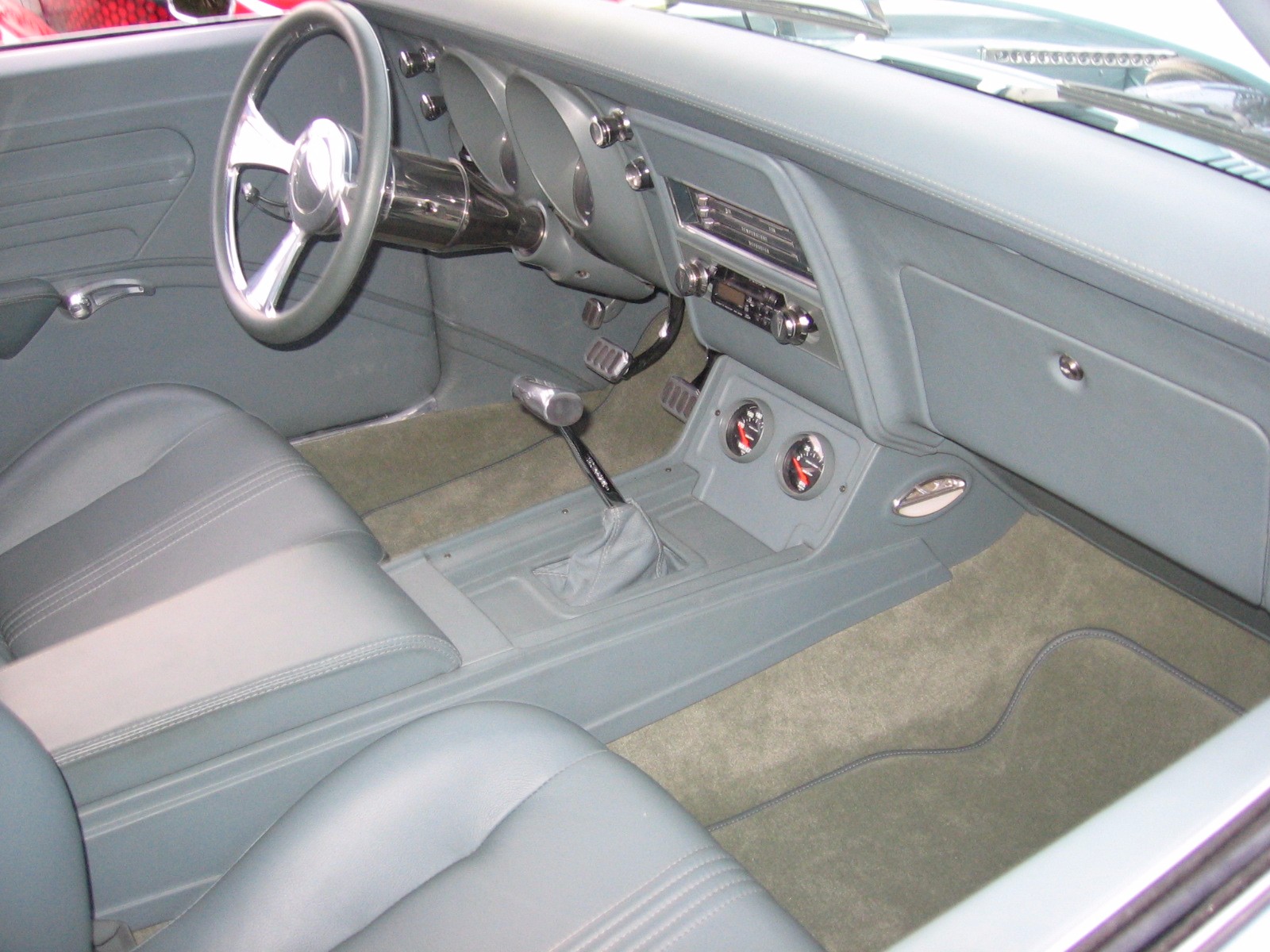 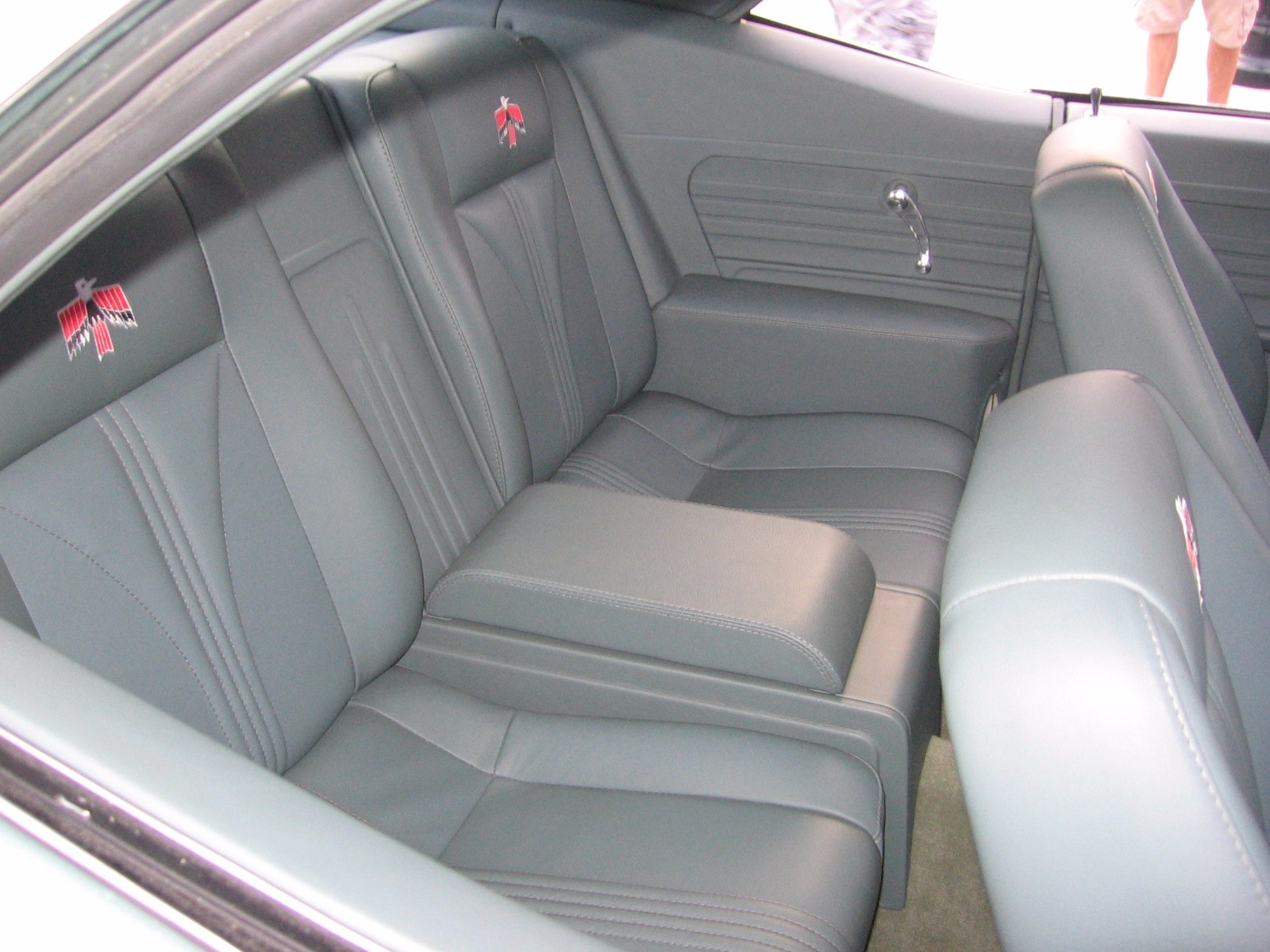 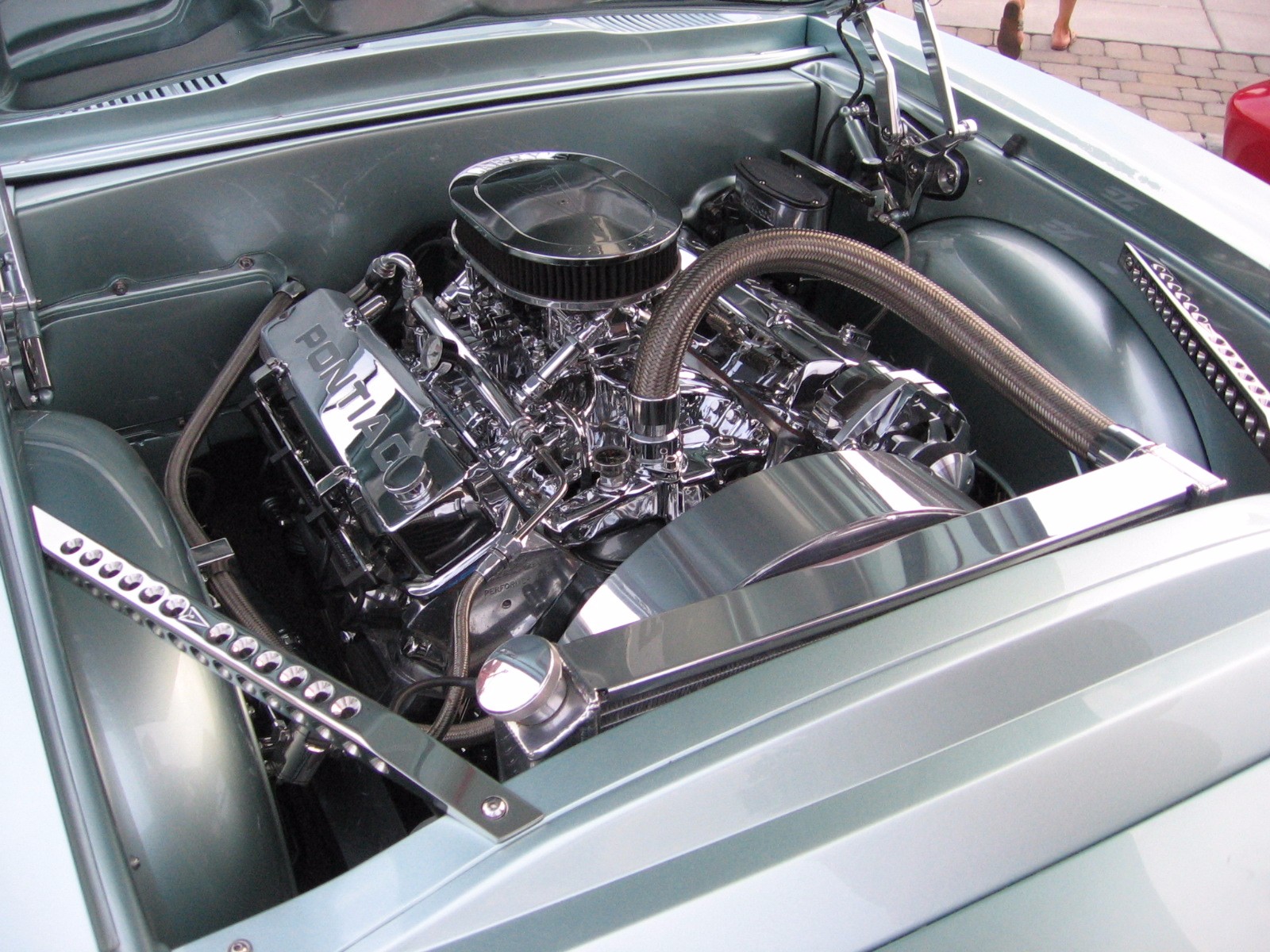 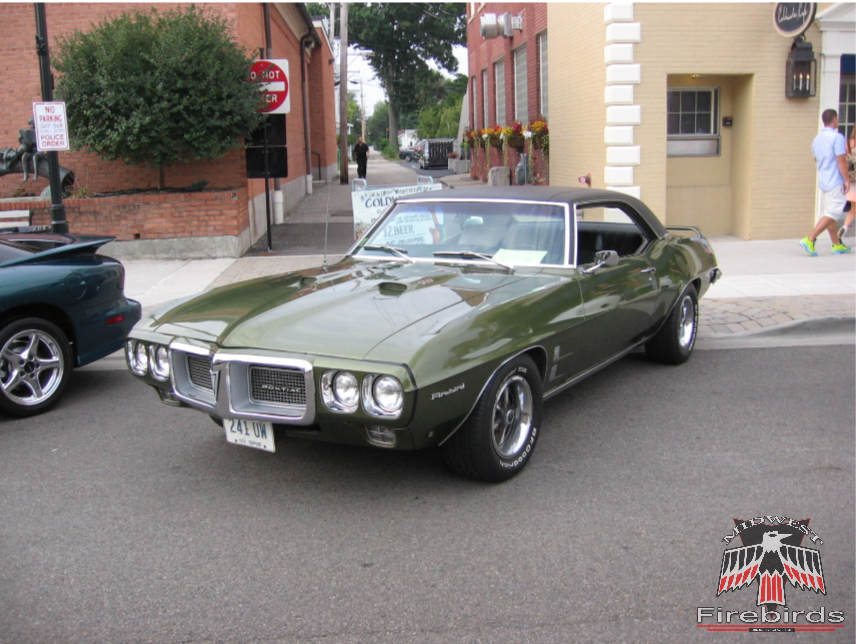 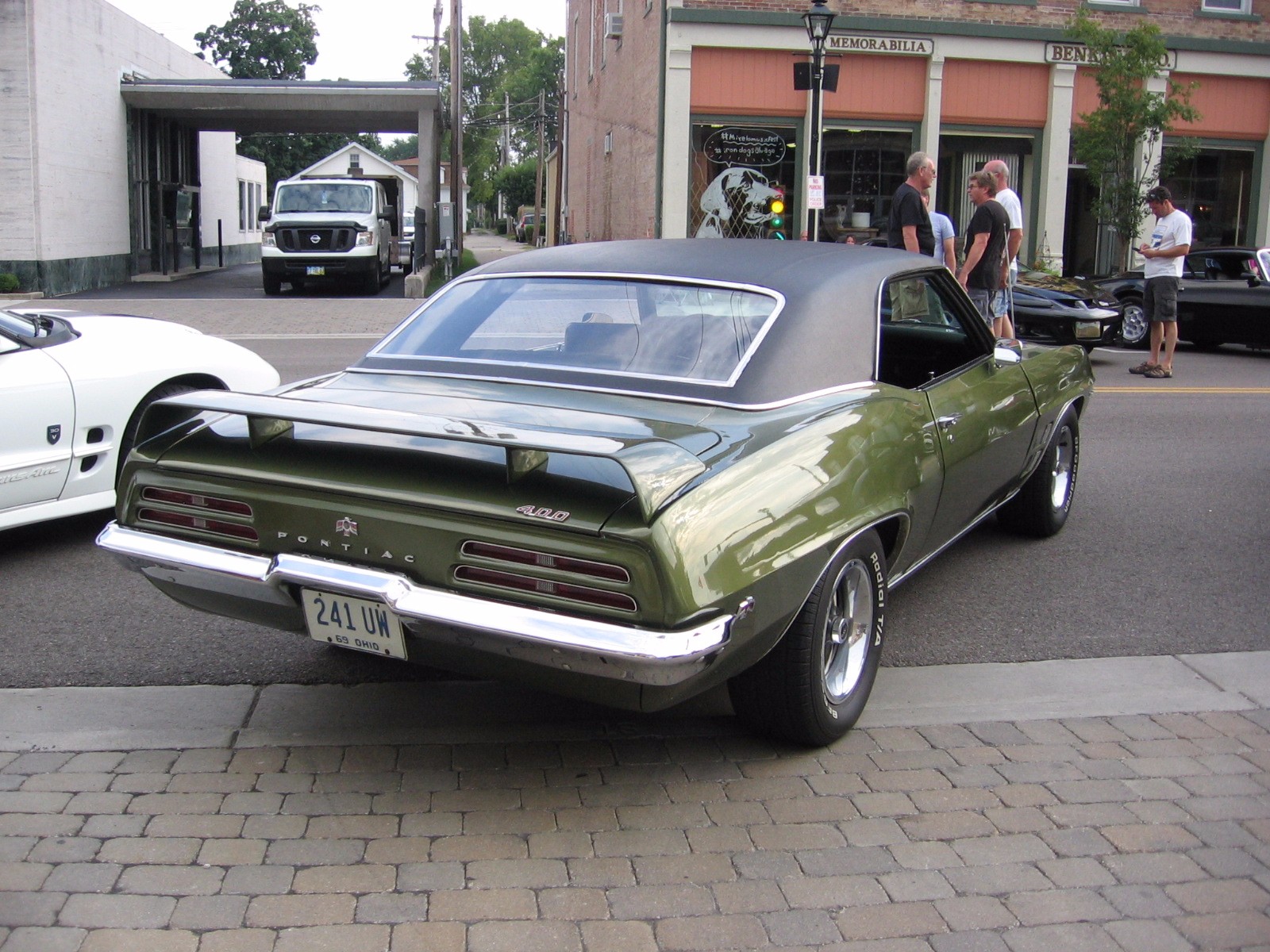 Editor’s Note:  We have so many great pictures of Firebirds from this show that we will have at least two more posts in the next few days.  Stay tuned, we can’t wait to bring them to you!  Ken