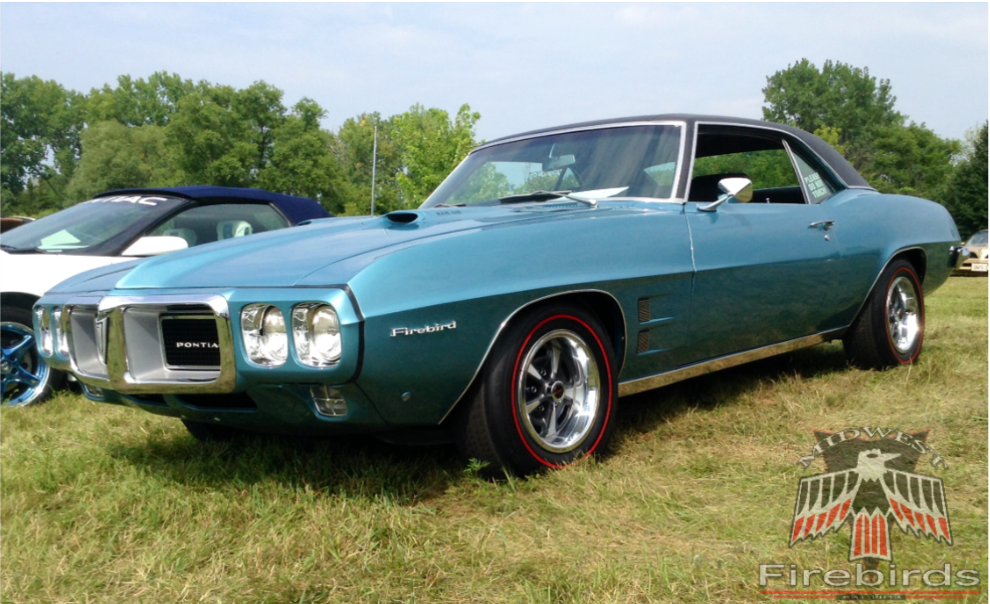 We’re going to focus exclusively on the 1969 Firebirds at the show in our final post covering the 2015 Crusin’ Tigers Indian Uprising All Pontiac Weekend.There were several great examples of this iconic, one-year only model.  We’ll start with one of the Best of Show winners from last year, look at several other cars and then finish with two super Trans Ams that had everybody talking.

The Indian Uprising is always one of the best Pontiac shows in the country, and thanks to co-chairmen, Paul Weinstein and Ken Arndt this year’s show was no exception.  They were the men responsible for the entire show and show staff, and they did their job flawlessly.  We also want to thank the new members that joined our club from this show as we look forward to seeing them at  future cruises and club events. 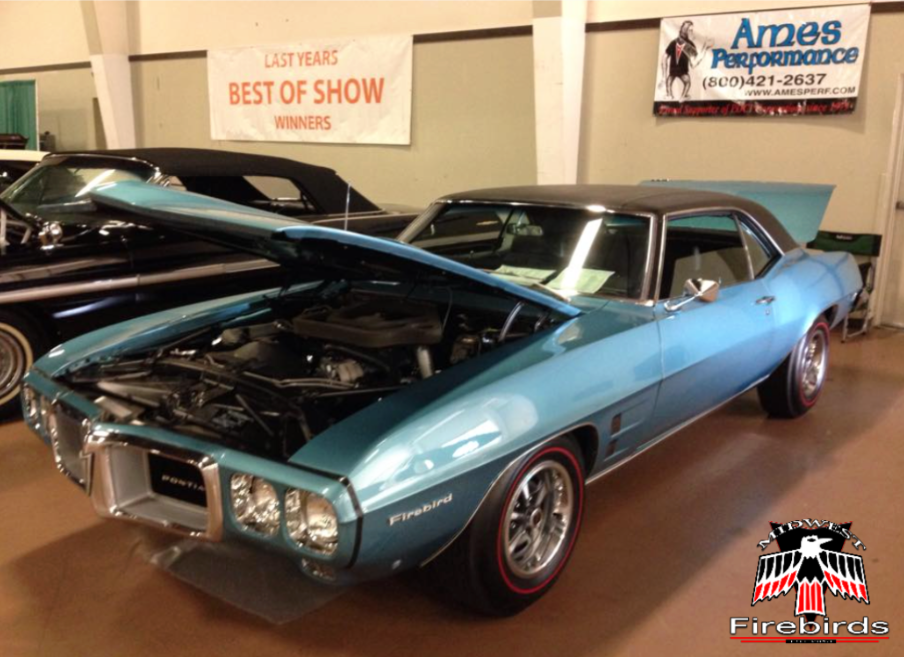 This is Mike and Margaret Gudenschwager’s 1969 Turquoise Blue Ram Air III 400 hardtop. As you see by the sign above, it was in the Winners Circle of last year’s Best of Show vehicles. 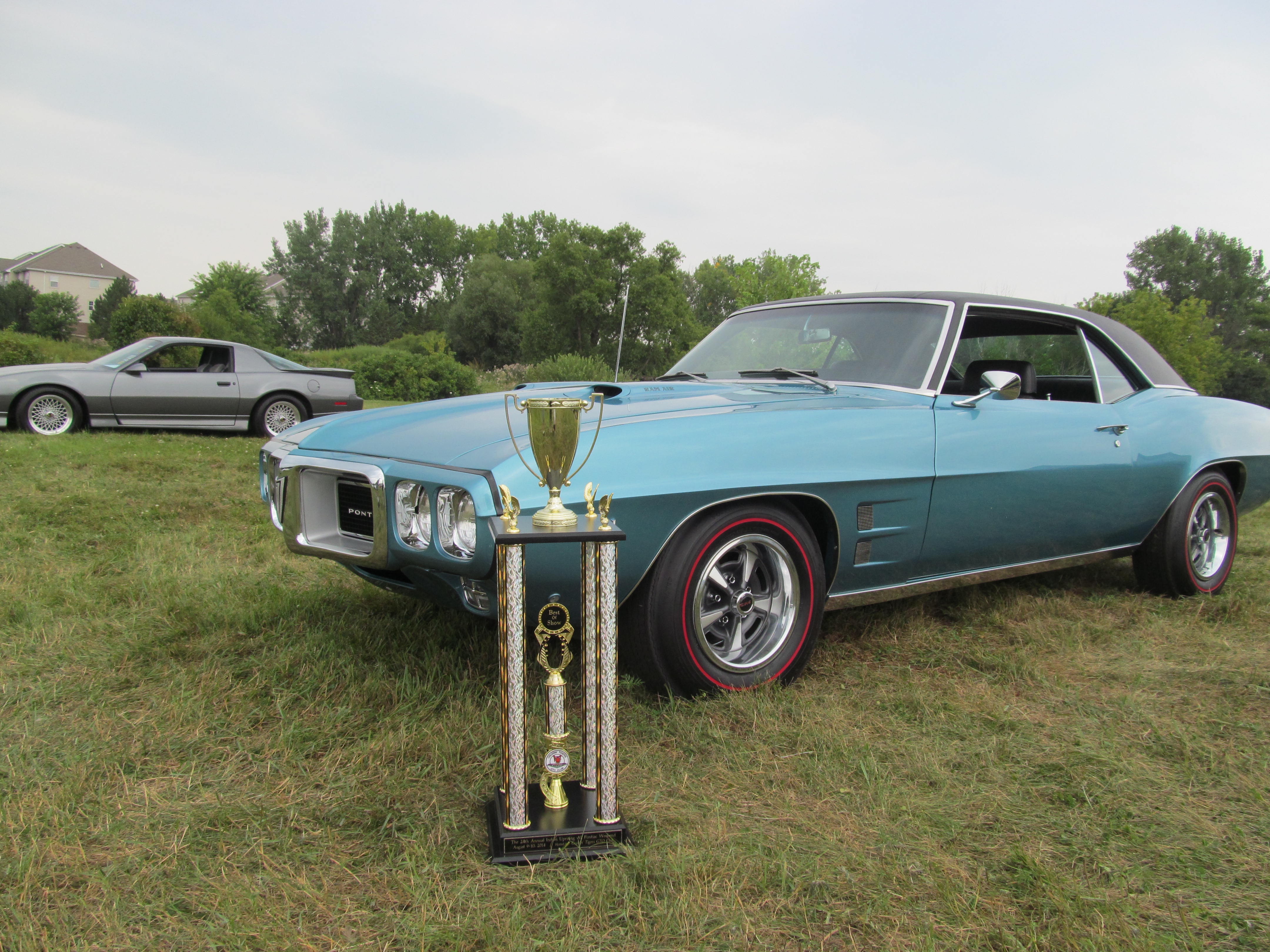 Mike’s Firebird and the trophy from last year’s show on the grass. Due to the tremendous growth of the show, it was held across the street this year at the Pheasant Run Resort. 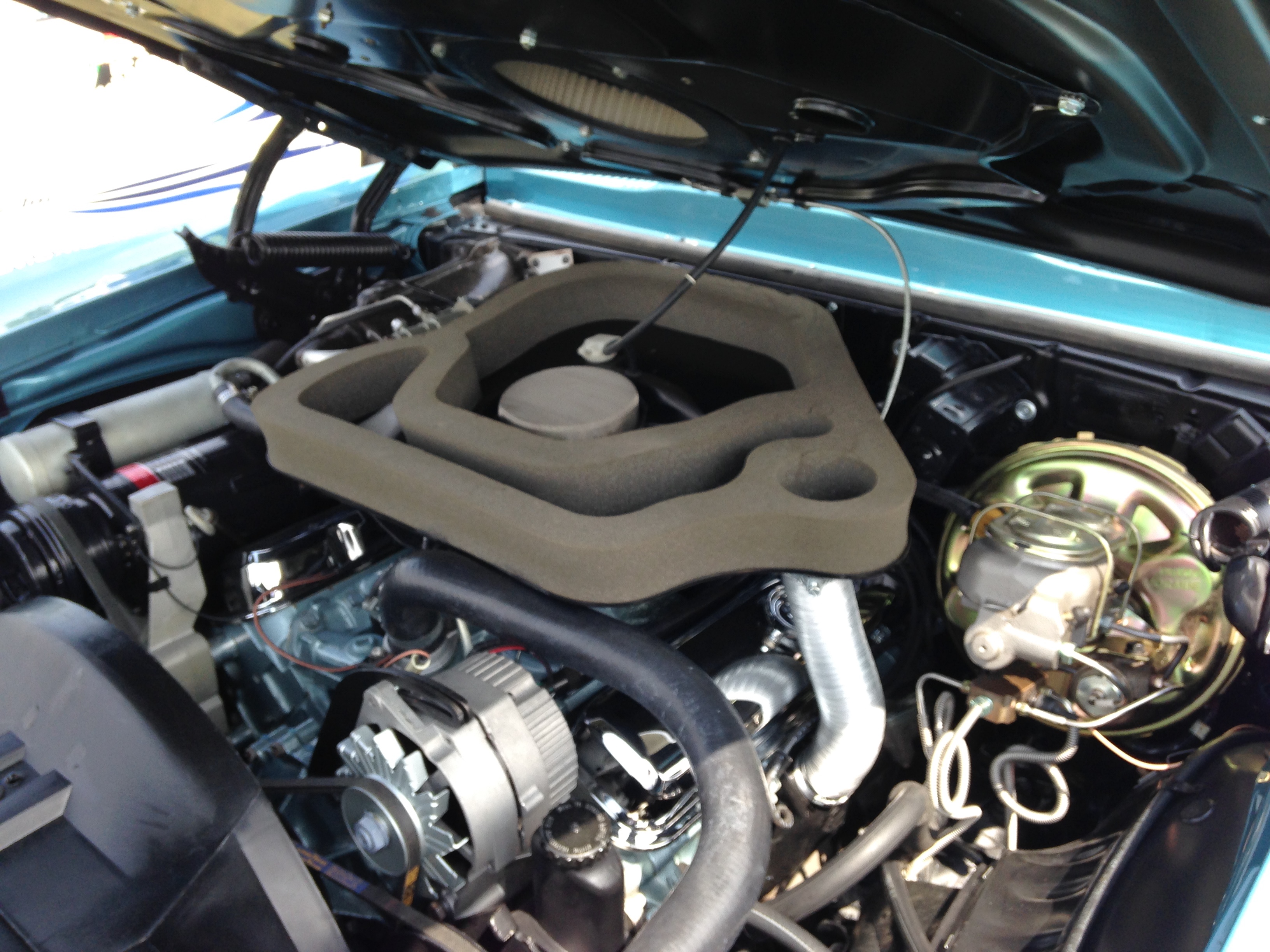 This spirited Ram Air III engine is perfect in every way. No detail was overlooked on this restoration. 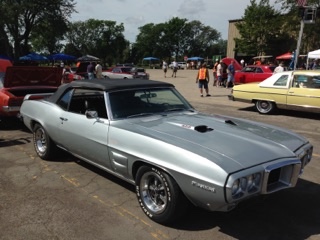 Member Matt’s silver and black 400 convertible. Matt is one of our charter members, and this car looked great in our Fall Colors Cruise video! 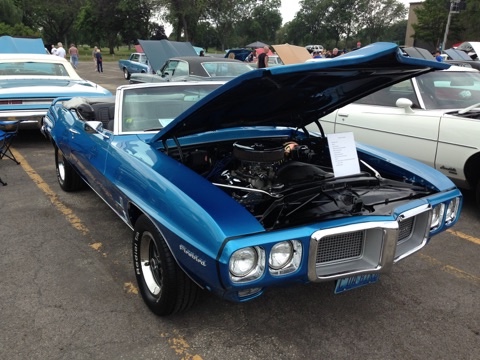 Check out the custom bright blue color on this 400 convertible. 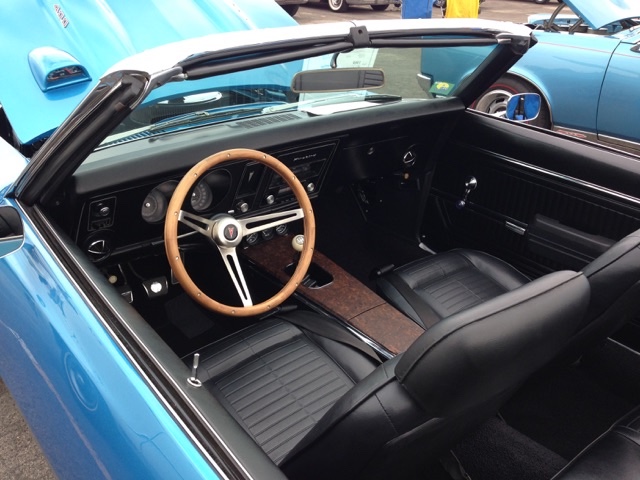 An Immaculate interior complete with 4-speed shifter.  You’ve got to love the Pontiac hood tach. 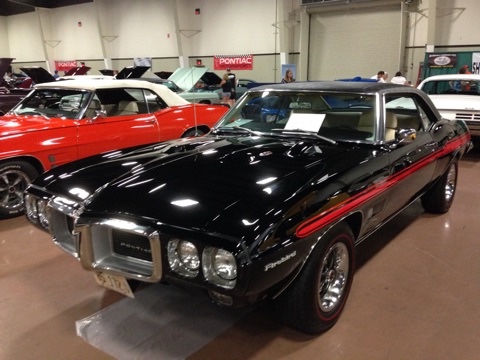 Ray’s Starlight Black 400 coupe with custom “Yenko” inspired side stripe gleamed in the lights of the indoor arena. 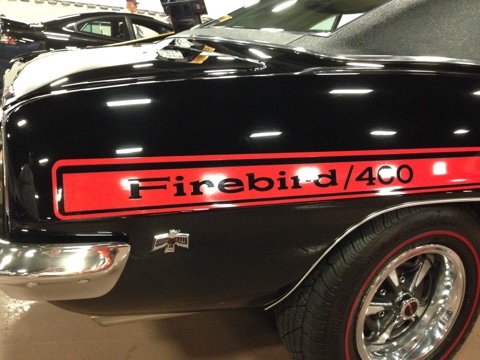 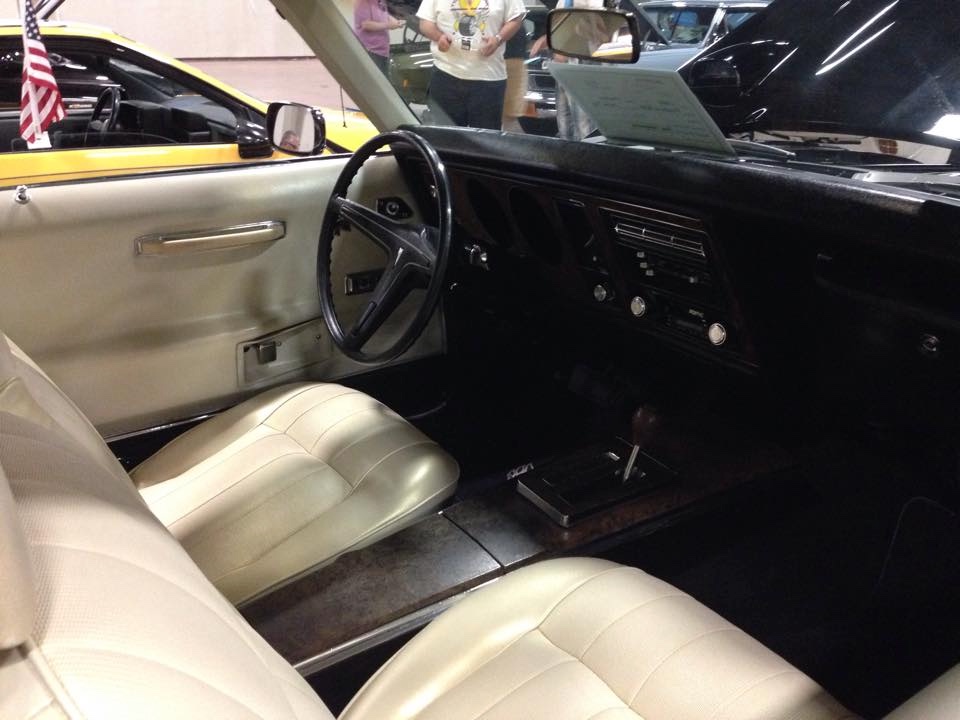 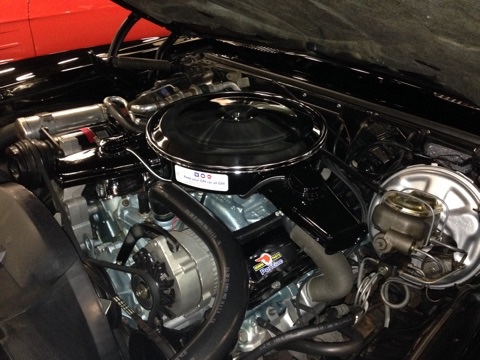 A/C and all the correct parts with an additional “Pontiac ” touch on the valve covers of this 400 engine. 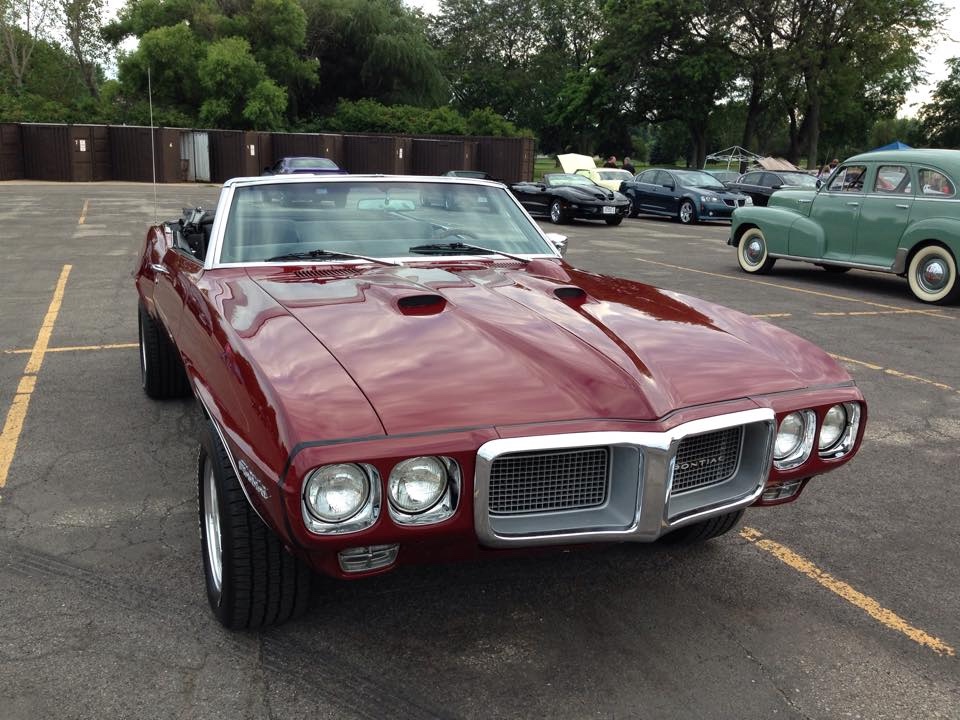 Chris just purchased this beautiful Flambeau Burgundy 400 convertible a few months ago, and joined our club at the show on Saturday. Welcome to the Midwest Firebirds! 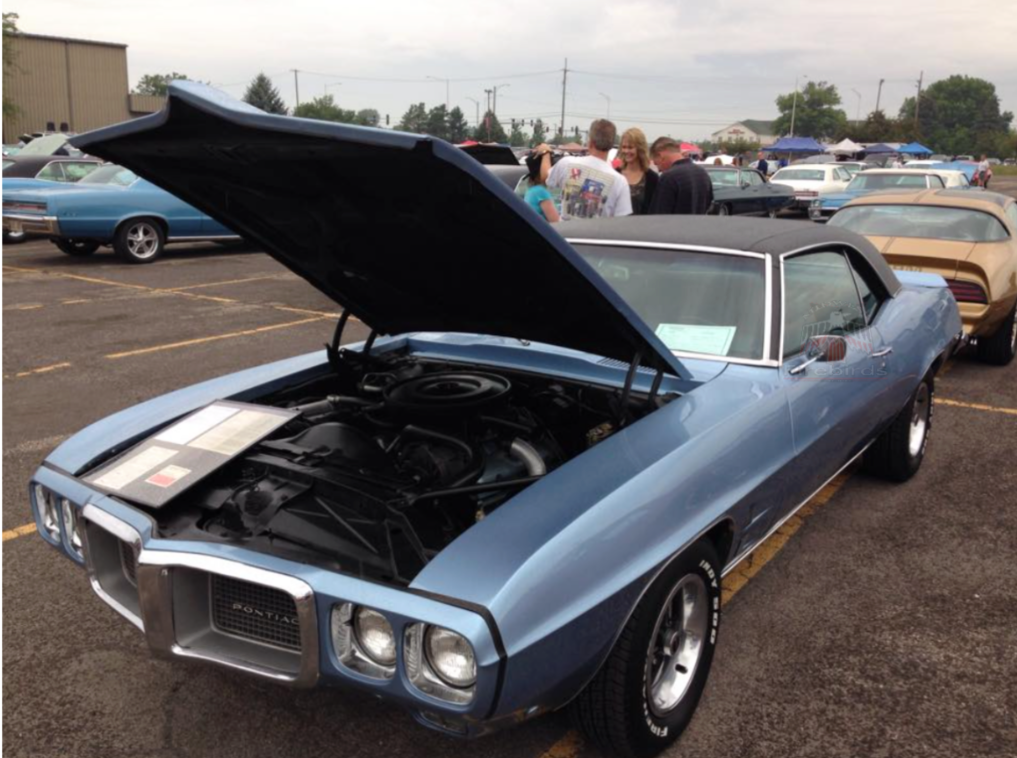 We first met Gene from Wisconsin at the Lake Delevan Cars Time Forgot car show. He joined our club Sunday, and everyone loved his Warwick Blue 350 coupe. 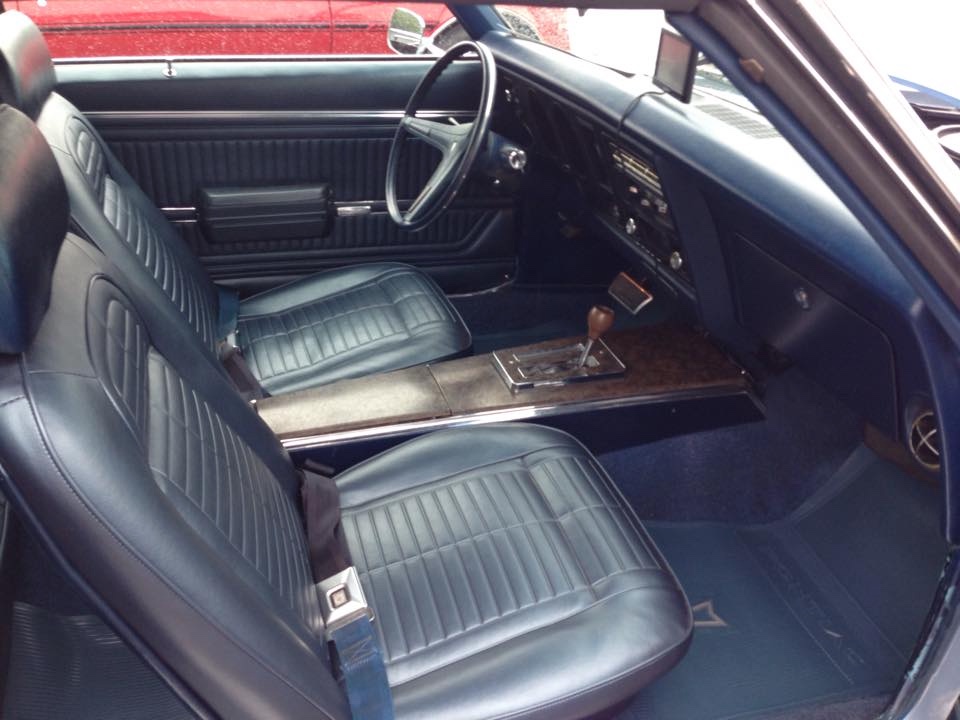 Just look at this beautiful blue interior on Gene’s Firebird. Welcome to the club, we look forward to seeing you on our Fall Colors cruise later this year! 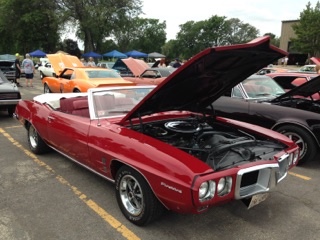 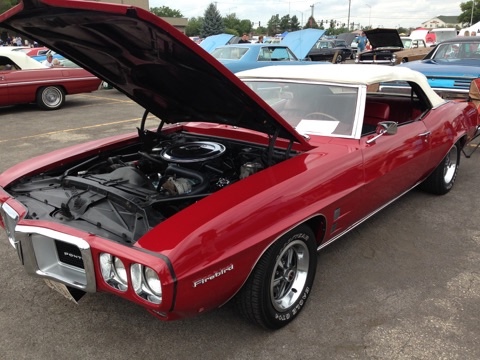 Vince’s ‘bird with the white top up. This is another low-mileage all original car that just looks great! 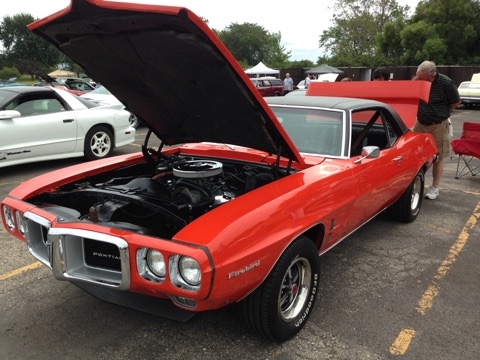 New member, Steve’s Carousel Red 400 hardtop with Mike Noun and Steve going over details in the trunk. One of our club’s missions is to help people learn about their Firebirds, and how to get them back to correct factory condition if they so choose. 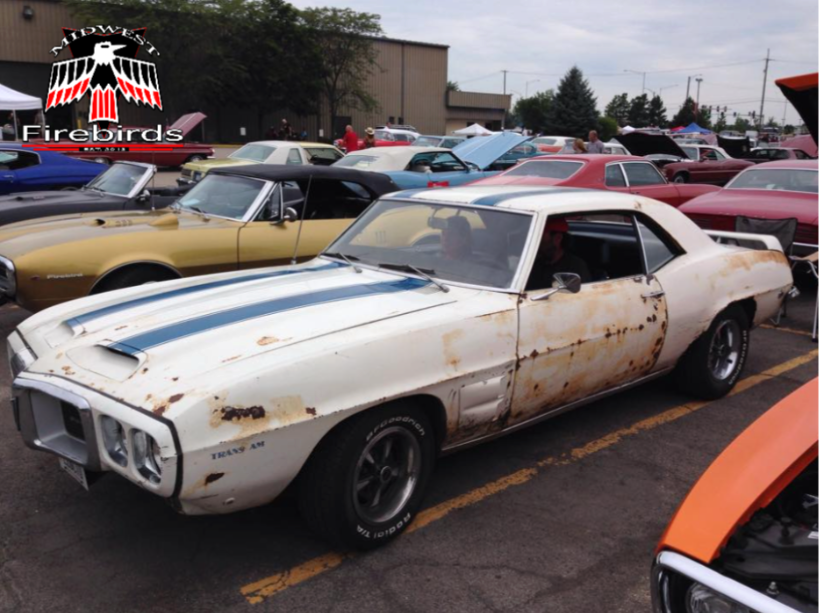 The ’69 Trans Am is the most iconic first generation Firebird – period. This is the first year for the Trans Am, and only 697 were made. When Richard and Dana drove up in this barn-find original TA they set the place on fire! 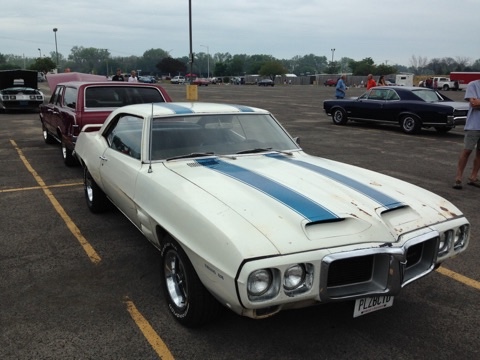 From this angle, you can see how really nice it is. 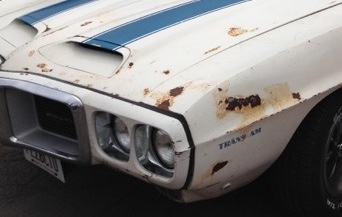 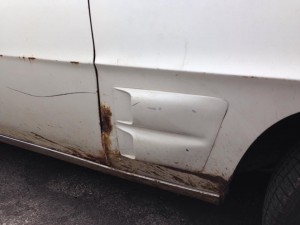 The driver’s side, hood and below the coves show a little more rust and patina. 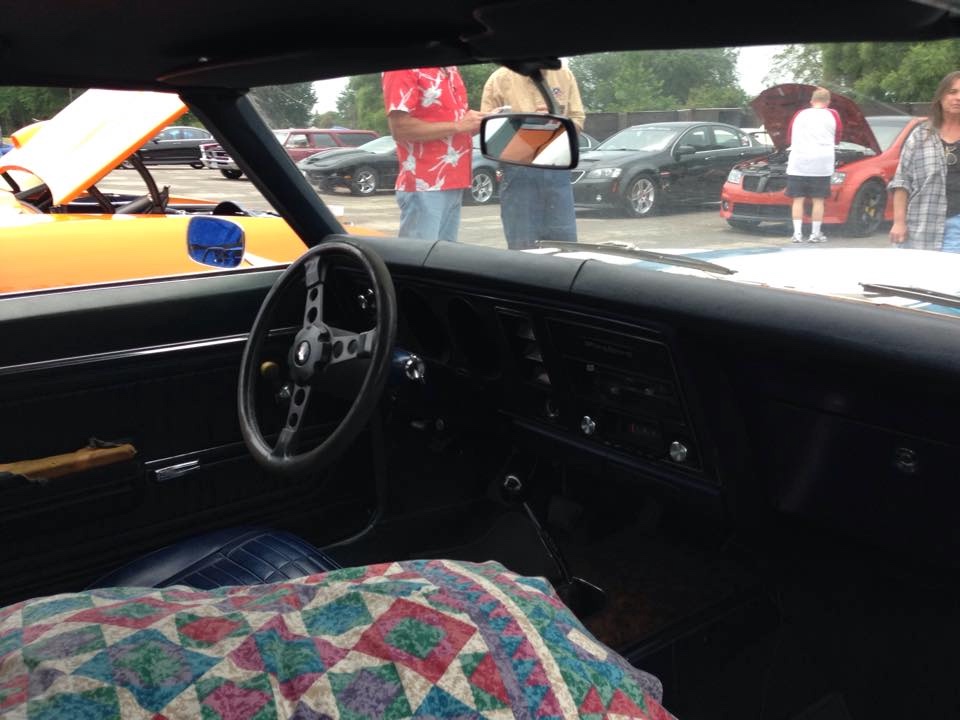 Notice the 1970 Formula steering wheel. Some of the later model 1969 Trans Ams received this wheel, and it is a sought-after option for collectors. Richard’s car was made in the fourth week of October.  You can click here for the full story on his car from last year. 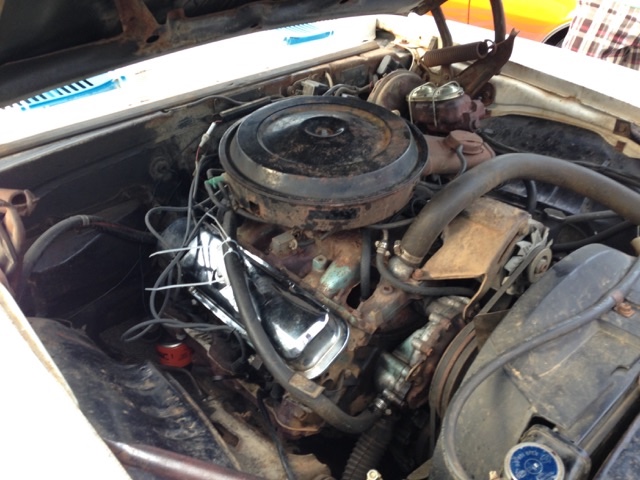 The original Ram Air III engine came with the car, but in order to get the TA out and enjoy driving it, Richard put in a 455 from a 1970 Catalina police car.

The new and the old. Ron’s newly restored Trans Am clone driving by Richard’s Original. 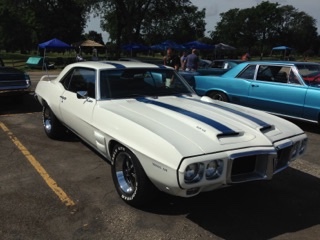 Ron, from South Carolina took another approach to owning a ’69 Trans Am. Make a perfect clone and enjoy driving it worry-free to great Pontiac events throughout the country. 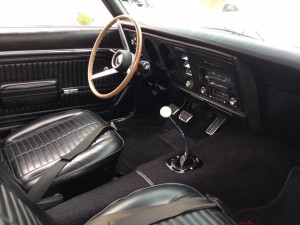 A bare-bones cockpit was the norm of the day during the muscle car era. Ron’s TA has the Hurst shifter, but no console. 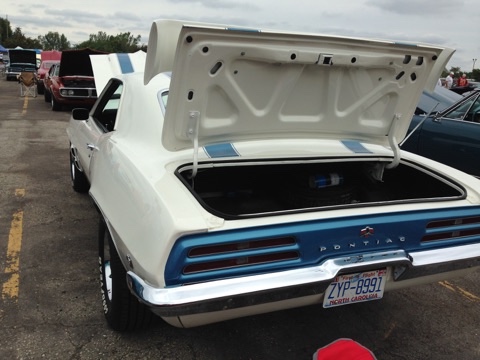 A fitting “End” to our story…   The unmistakable rear panel of the Trans Am is adorned with beautiful Lucerne Blue paint.  With the trunk open, you can see the detail on Ron’s car, and a glimpse of the space-saver spare.

This ends our coverage of the 2015 Crusin Tigers Indian Uprising All Pontiac Weekend.  We had a wonderful time catching up with old friends and making new ones, and can’t wait until next year!